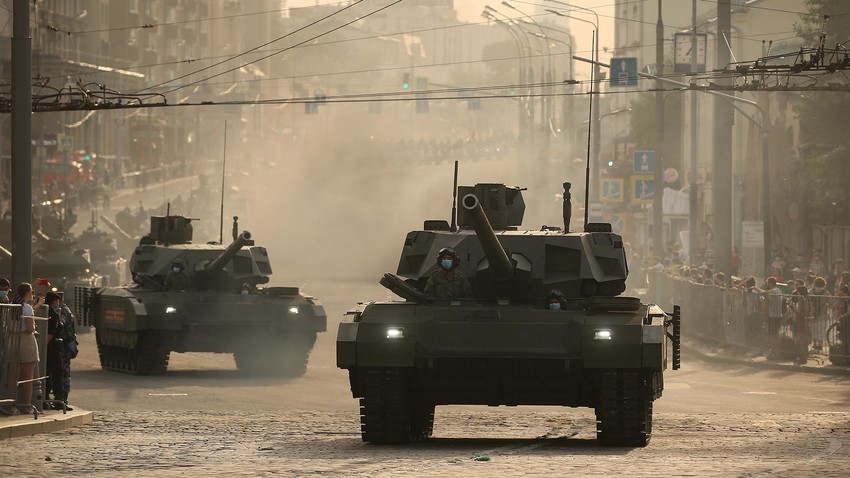 Sergey Bobilev/TASS
It will fire protective aerosol ammo that “blinds” high-precision homing missiles, like the American ‘Javelin’ and AGM-114 ‘Hellfire’.

“The purpose of this weapon is to create a shielding smokescreen that hides heavily armed monsters from enemies’ precision weapon systems. But, most importantly, this smoke creates an impenetrable layer for laser navigation systems installed in missiles’ warheads. It’s a good means to increase armored vehicles defences,” says Ivan Konovalov, Development Director of the Foundation for the Promotion of Technologies of the 21st Century.

The system works this way - once the inside computers detect an upcoming threat, the 3VD35 ammo is fired in the attacking direction and sprays an aerosol screen thus blinding the guidance systems of enemies’ missiles.

The ammo will protect thinnest parts of T-14’s armor in the upper hemisphere that isn’t covered by dynamic or anti-cumulative protection.

The weapon was initially designed to “blind” and knock off targets with light and heat-reflecting particles, thus outgunning the latest anti-tank projectiles in the world - the U.S. Javelin and AGM-114 ‘Hellfire’ high-precision homing missiles. These are highly advanced weapon systems that pose a threat even to the new generation battle tanks on battlefields. And Russia’s latest T-14 ‘Armata’ is no exception to that. 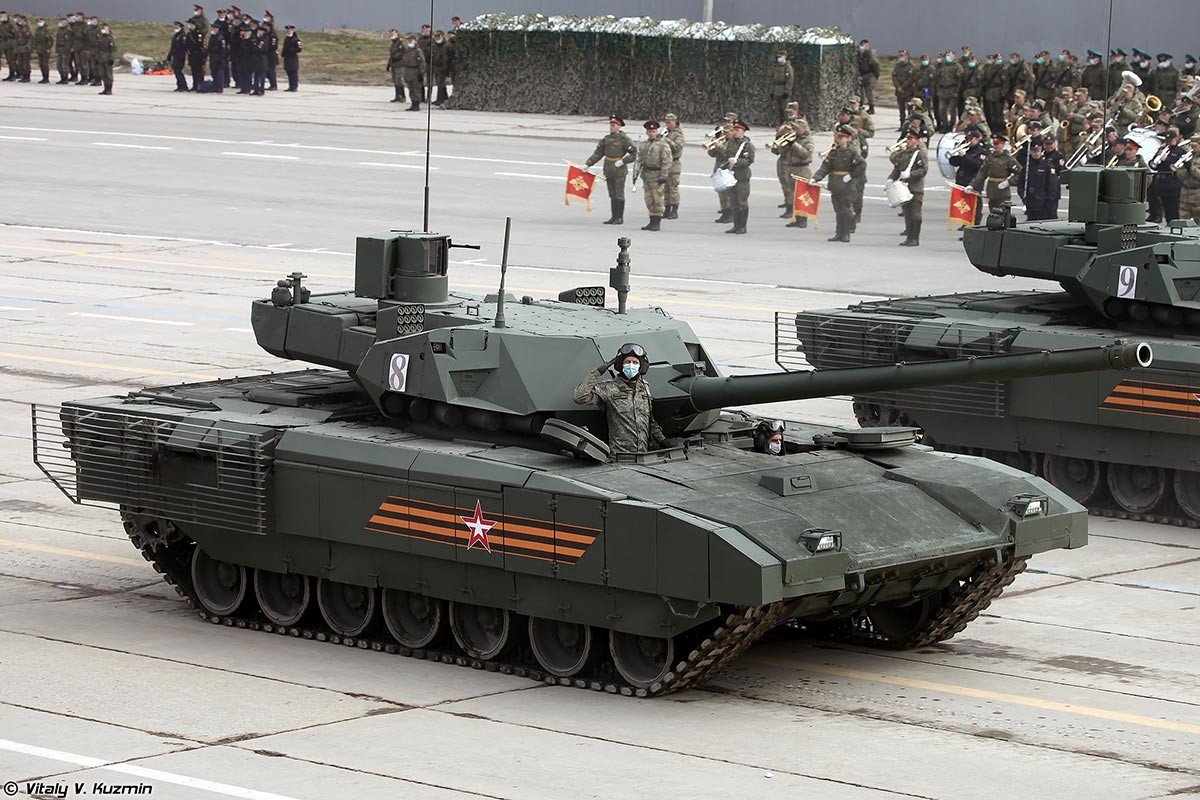 As Konovalov notes, the tank will also receive additional protection for other weak parts of the machine - the wheels and tacks. Engineers will add “lattice screens” that will give Armata more protection from the most mass means of its destruction - cumulative grenade explosions.

This additional armor will have to deform the grenade on impact and decrease the energy of explosion.

As the expert states, these are cheap and effective means of defense that increases engine protection and transmission by several times in the conditions of urban warfare.

Yet, these lattice screens also have setbacks. The main one is their low versatility, as they will only give absolute protection to a tank from certain types of hand-held anti-tank grenades.