AK-47 vs SKS rifles: Why the USSR adopted the AK and sold SKS technologies to China 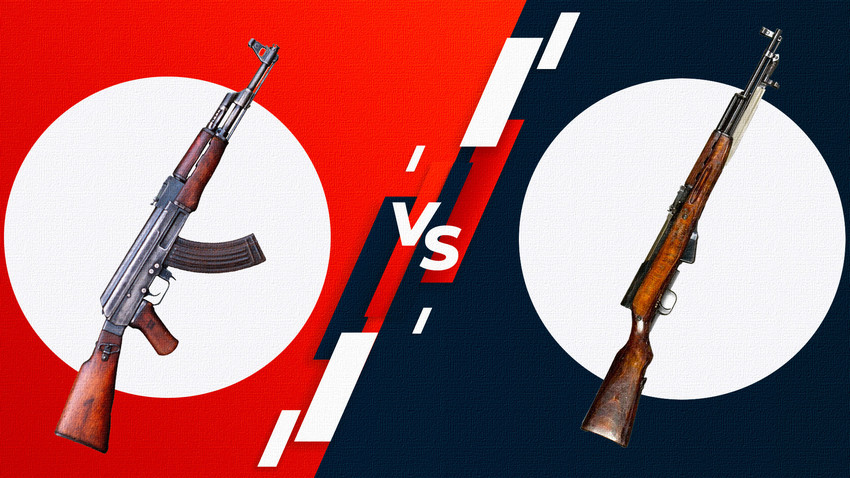 Russia Beyond (Photo: StarLineArts/Getty Images; Swedish Army Museum)
Both weapons became the weapon-of-choice for guerrilla warfare and are still being used in conflicts around the globe, even 70 years after their conception.

In the late 1940s, the Soviet army was searching for a new generation weapon that would make its soldiers invincible in combat. Engineers came up with a number of projects to replace outdated Mosin Nagants in the military. The trials began in 1947 and the most prominent candidates to become the main weapons of Soviet soldiers for decades ahead were the latest modification of the SKS carbine and the AK-47 assault rifle.

“Both were meant to become the main weapon of the Soviet soldiers right after World War II. But the military command liked more the idea of arming its soldiers with the first fully-automatic weapons, chambered with rifle ammo, rather than continue using carbines,” says Vadim Kozulin, professor at the Academy of Military Science.

Nevertheless, he states that the SKS outperformed the AK-47 during the military trials of the late 1940s. And here are some reasons why. 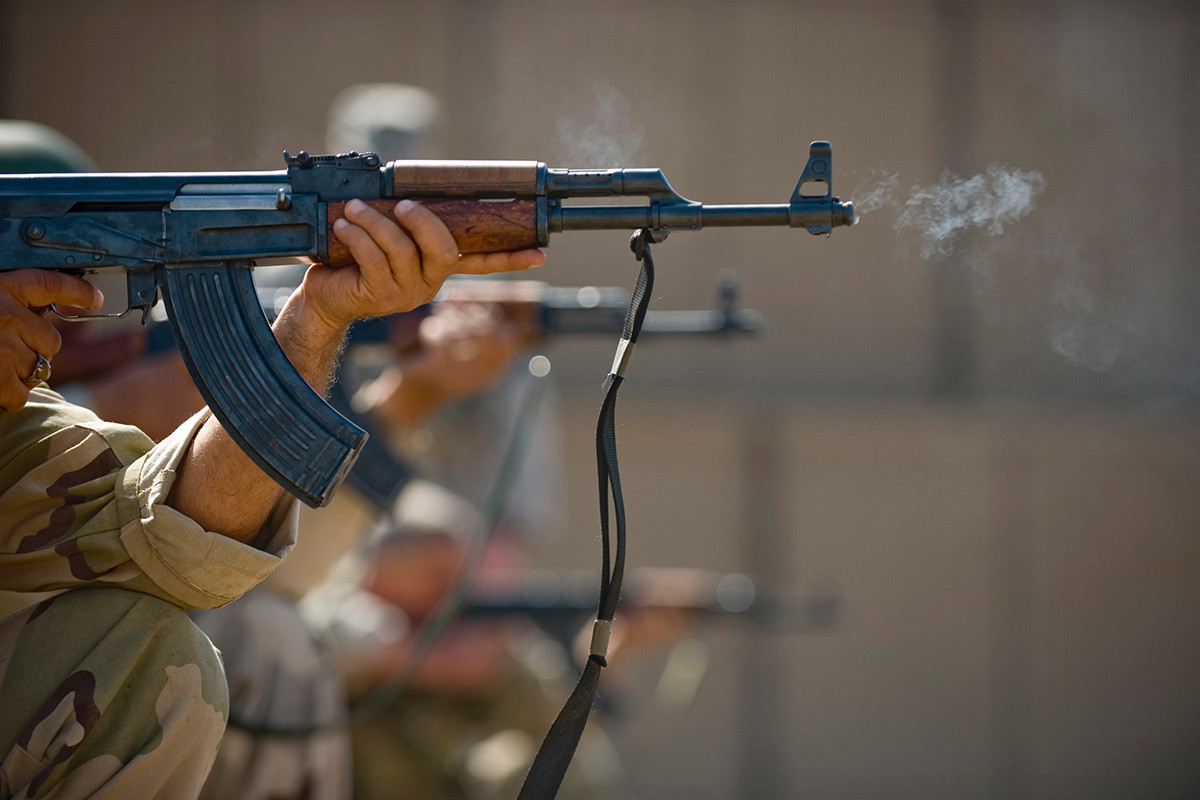 The SKS’s design appears to be something in between the Mosin Nagant and AK-47 rifles. It’s a long barrelled rifle with a simple 10-round detachable magazine (which was a significant improvement over 19th century Mosin Nagants that the Soviet army had) and a newly created ammo 7.62x39 mm.

“The SKS was a new age semi-auto rifle. It was a pretty good and reliable weapon by 1947, as engineers had had nearly seven years to prepare the weapon for the army tests,” Kozulin adds.

The weapon chambered with new ammo had an effective range of 300 meters. It was more stable and accurate on shooting compared to its rivals, but there were some nuances.

There were also some disadvantages of the SKS that favoured the AK-47. First and foremost, it has a 10-round magazine. The ammo is loaded either manually or with a clip. Both types obviously did not meet the requirements of new era weapons.

“The SKS has fewer protruding parts that makes it less possible for dirt to get inside of the weapon and lead it to malfunctions. Besides that, ten rounds in the magazine fit well for hunting, but not for fighting enemies with fully automatic weapons firing at you from 100-200 meters away,” mentions Kozulin.

It’s worth mentioning that the AK-47 was also chambered with the same cartridge, but had a serious advantage over the SKS - the 30-round detachable magazine.

“This feature made it much more powerful compared to the SKS, despite a number of setbacks noticed during the military trials of the late 1940s,” says Vladimir Onokoy, head of the Department for Military-Technical Cooperation of the Kalashnikov Concern.

Kalashnikov was a prospective and highly favored engineer by the military command. His ideas of creating a Soviet-made analogue of the German StG 44 assault rifle was well-received and he was given time and resources to finish working on the AK-47 to make it the reliable and an effective weapon we know today.

“The key flaw in the AK-47 was the near total lack of accuracy of fire. It was also heavy and uncomfortable at first, as it was created in a hurry right after the end of World War II. But the version presented in 1959 left no questions about the superiority of an AK over all its competitors,” explains Onokoy.

As a result, the SKS was adopted by the army and was mainly used for ceremonial purposes in the Kremlin Regiment, as well as among the border and reserve units.

Nevertheless, SKS was an adaptable, reliable and powerful weapon that was favored in foreign militaries. 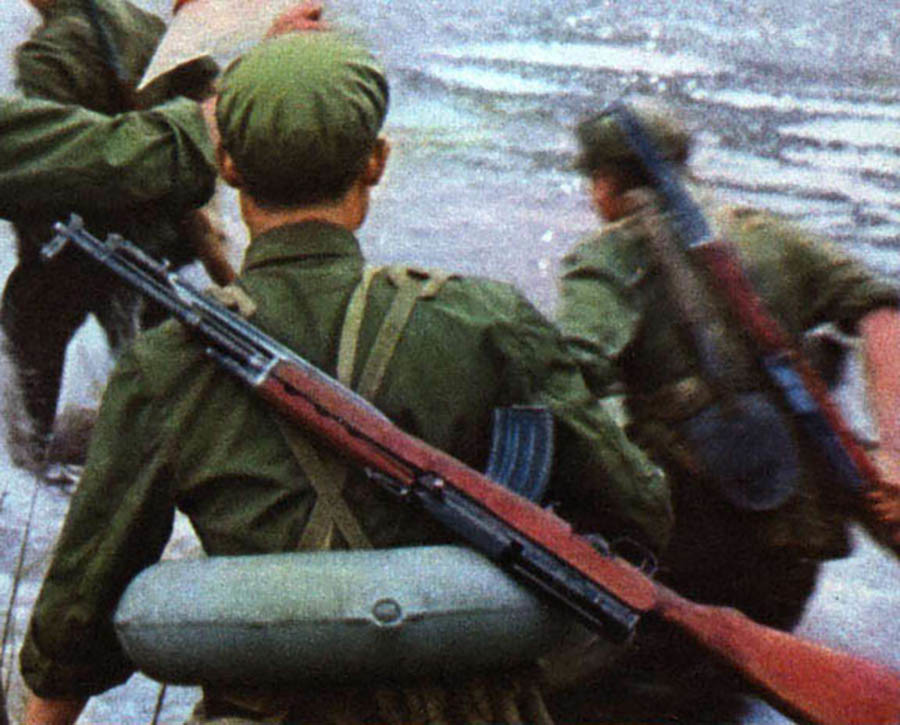 As the Soviet army didn’t adopt SKS for the mass army, the military command agreed to share the weapon’s technology with China.

The expert noted that China created millions of clones of the carbine and named them ‘Type 56’. In the 1950-60s, the weapon well suited the Chinese Maoist military doctrine, which prioritized basic rifles, sniper attacks and ambushes over direct skirmishes. The weapon was especially good for the Chinese army, as it allowed their soldiers to travel lightly with limited ammo in their pockets.

“The rifle perfectly suits guerrilla warfare. It’s more accurate compared to assault rifles and cheaper than sniper ones. It is an unpretentious and reliable weapon that can be used for ambushes even in swamp and sand regions,” Onokoy cites.

“The weapon is widely used by hunters in Russia and the United States and, at the same time, it can be seen in the hands of militants in Syria and Iraq for the same reasons.”