Flying boats: The evolution of Soviet and Russian hydroplanes 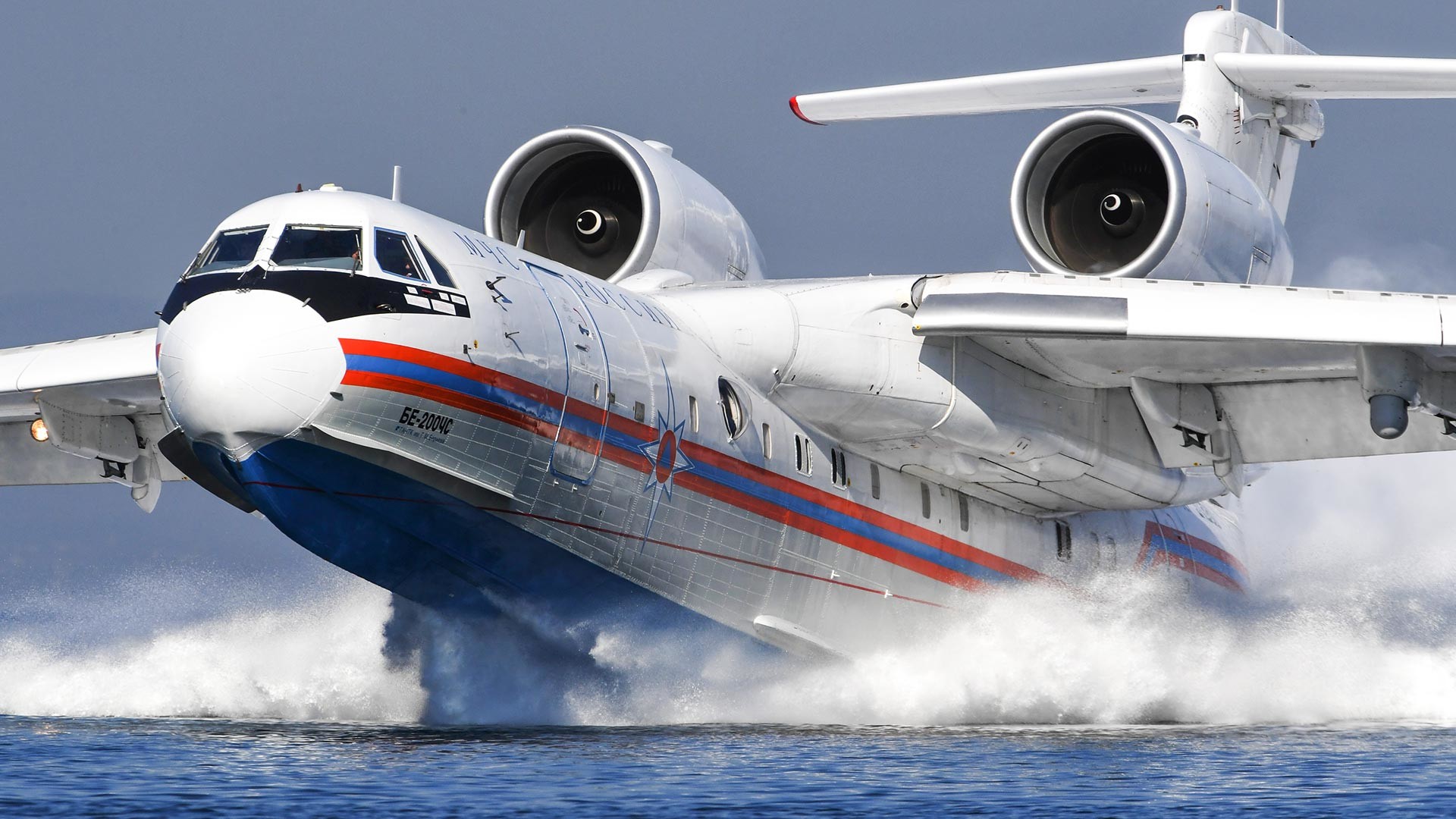 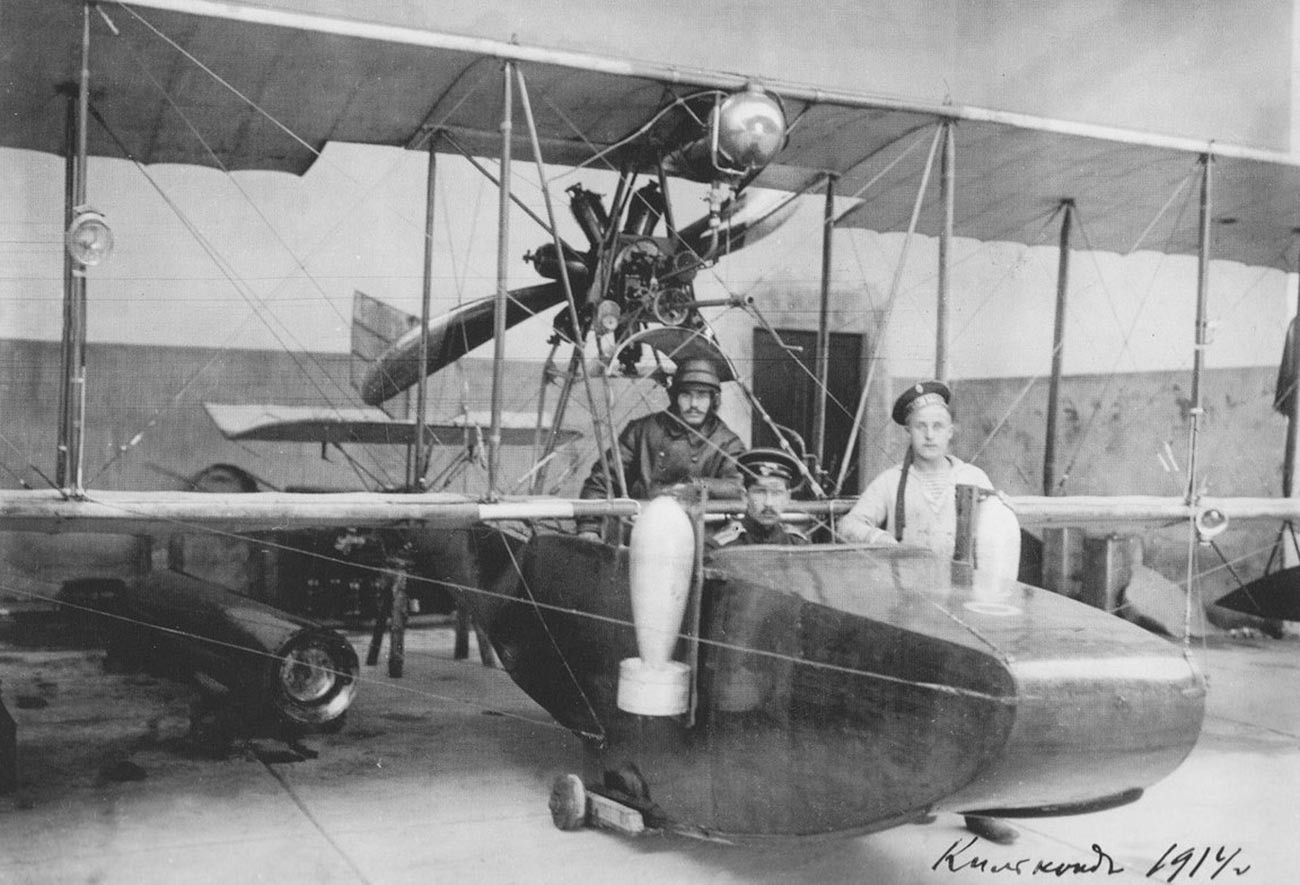 The Russian Empire used foreign hydroplanes until 1913. That year, captain Daniil Alexandrov crashed his French ‘Donnet-Lévêque’ flying boat and asked a plane constructor named Dmitry Grigorovich to repair it. The constructor learned the technology and then built the first Russian hydroplane called ‘M-1’. It was wooden and the wings were covered with linen. The flying boat had a wingspan of 14 meters and was about eight meters long. It could reach a maximum speed of 90 km/h and seated two people. However, the M-1 was only ever built once. 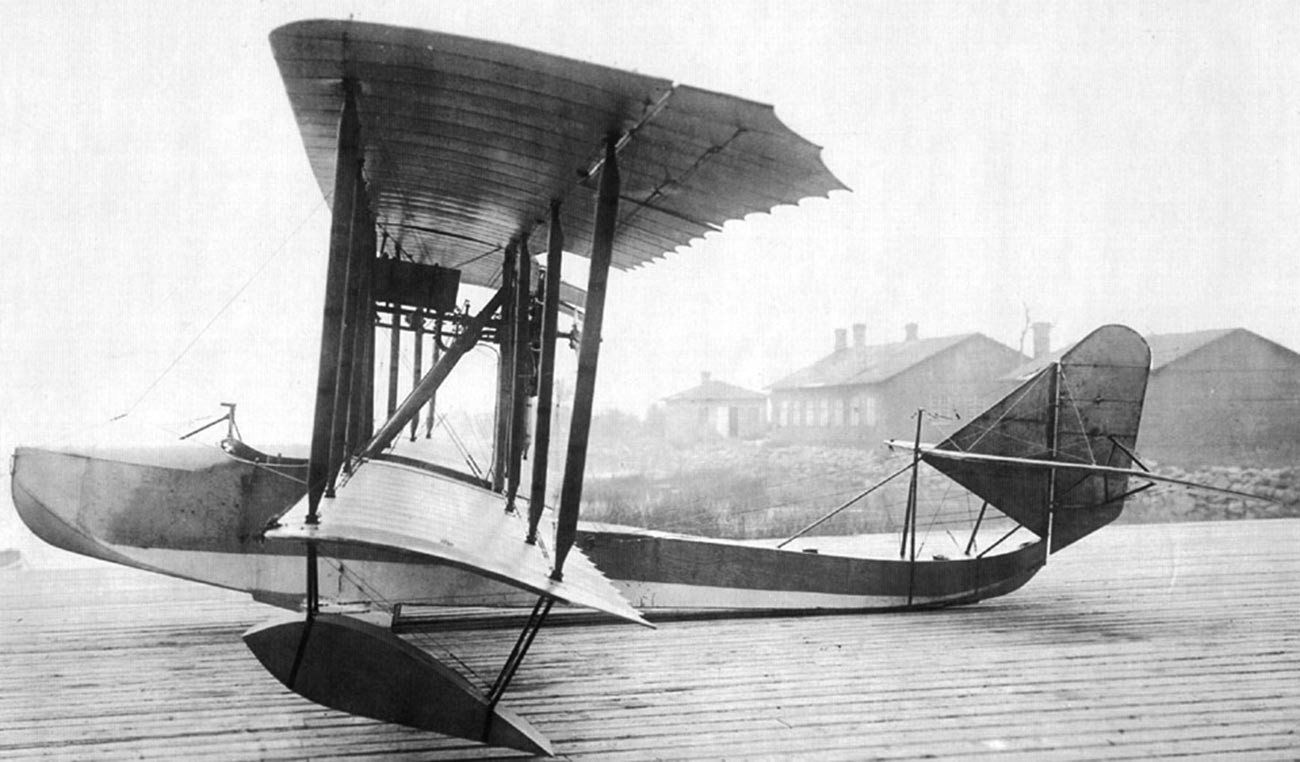 During the next two years, Grigorovich designed three more models of hydroplanes and, in 1915, used all this experience to design the ‘M-5’ flying boat. Its wooden ash frame was covered with plywood. The flying machine looked quite fragile, but could land on and take off from water with half-a-meter tall waves. The plane reached speeds of up to 105 km/h, seated two people and had approximately the same dimensions as the M-1. The M-5 was the most mass-made of the early hydroplane models: it was produced until 1923, with a total of 300 machines built. 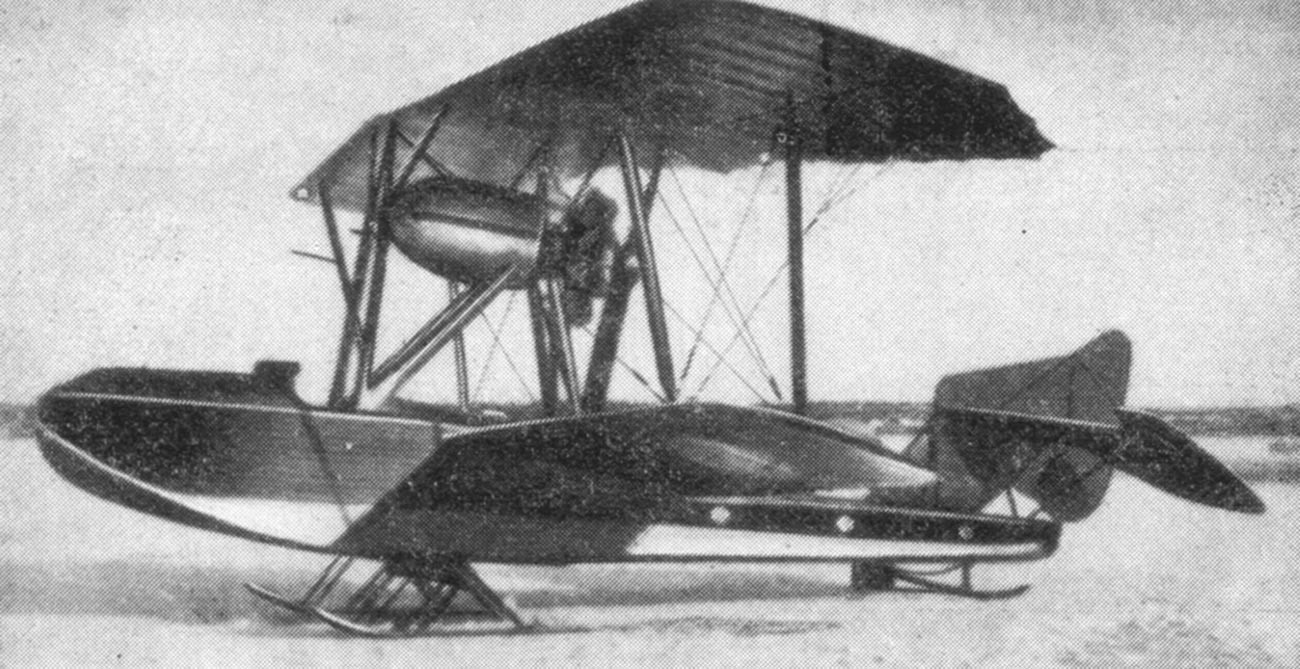 The first fighter amphibious aircraft called ‘M-11’ was created in 1916. It was appeared to be heavier than previous models, because it was plated with 4-6 millimeter thick iron sheets. The M-11 seated one pilot and a machine gun on the prow. This flying boat was about eight meters long and had narrow wings with a span of less than nine meters. It could reach a maximum speed of 130 km/h. Despite the plane’s motor soon becoming increasingly low-power, it still became a mass-made flying boat: in total, 61 M-11 planes were made. 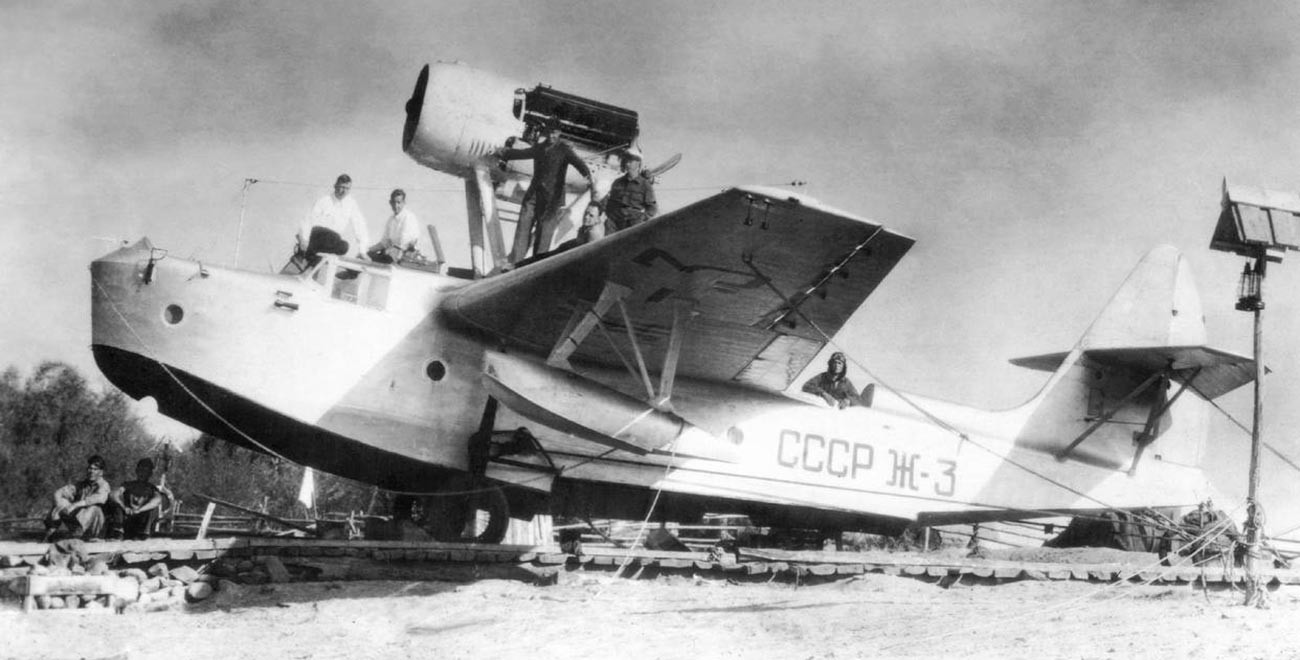 The ‘MBR-2’ hydroplane was the first project by constructor Georgy Beriev, who created it in 1932. At first, Beriev wanted to make it out of aluminium, but the experienced constructors told him there was a shortage of it in the country, so the final version used wood again. It was 13.5 meters long, had a 19-meter wingspan and reached speeds of 215-235 km/h. After the first trial flight, the test pilot appreciated this flying boat a lot. In 1933, the aircraft was accepted into service in the Soviet Air Forces. Some 1,300 MBR-2 planes, including some civic modifications, were built.

The creation of the first Soviet jet motor hydroplane was an idea of Beriev’s bureau and supported by the top military commanders. The development took the constructors four years until, in 1951, the first experimental plane called ‘R-1’ was built, but it still was yet to be corrected. It was a full-metal aircraft with a wingspan and length of 20 meters. Its two motors let it reach a speed up to 800 km/h. The R-1 had a cannon, needed a crew of three and could carry bombs. Due to many construction problems, the plane ended up as a flying laboratory.

The ‘Be-6’ was a multipurpose military hydroplane: it could be used for long distance surveillance, bombing, carrying up to 40 soldiers, etc. Its first flight took place in 1948. The Be-6 was also armed with cannons. This flying boat was 23 meters long and had a wingspan of 33 meters. It could take off and land in water with 1.5-meter-high waves and fly with a maximum speed of 416 km/h. A total of 123 Be-6 planes were built, with some even in service in the Arctic.

The ‘Be-8’, a hydroplane built in 1948, was different from all the other flying boats, as it had foils instead of usual floats. Foils provided for a better take off. The Be-8 was designed as a passenger and liaison plane. It had a length of 13 meters, a wingspan of 19 meters and seated 6 passengers. The aircraft could only reach a maximum speed of 265 km/h, as the foils turned out to hamper the acceleration - this is why only two Be-8 planes were built. 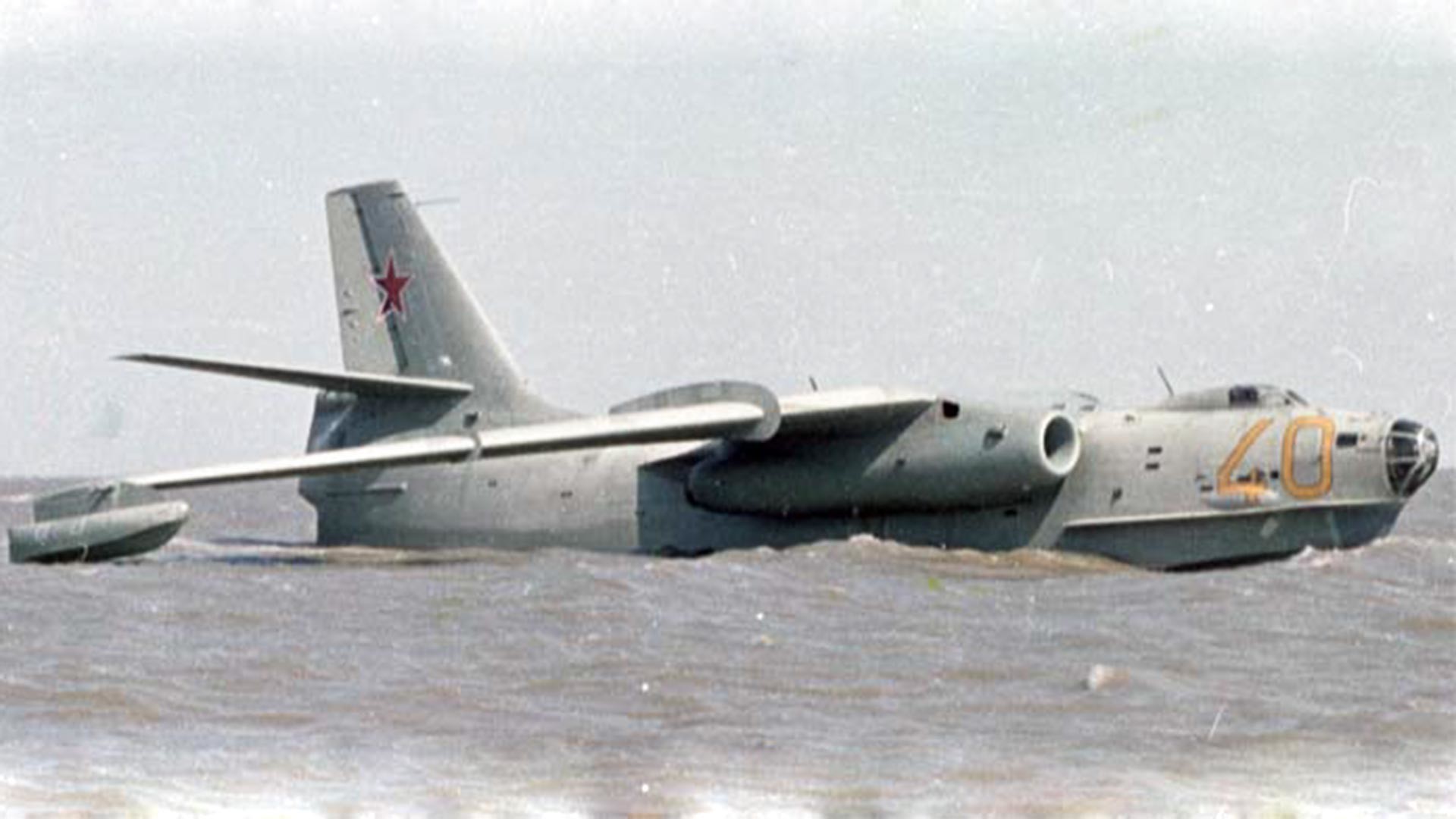 The problems with R-1 gave the Beriev bureau enough experience to create a successful mass-made hydrojet later. It was a torpedo bomber called ‘Be-10’, which was built in 1955. A group of constructors developed it under the utmost secrecy and even other employees of the bureau had no idea what they were doing. The final version of the Be-10 was 31.5 meters long. It had a wingspan of 27 meters and carried an anchor. It was used to set many records; for example, it became the fastest flying boat ever reaching a speed of 912 km/h. 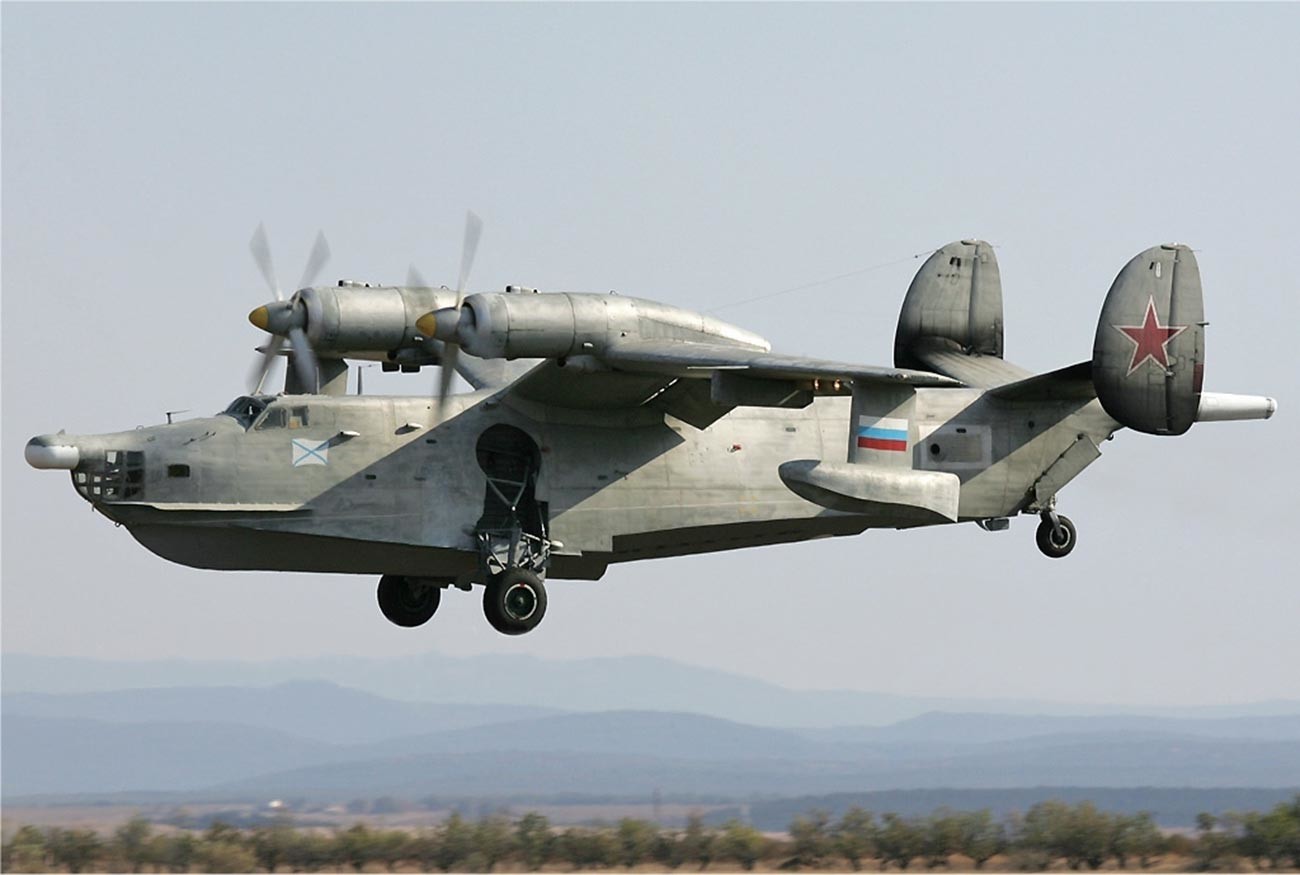 The ‘Be-12’ was designed as an anti-submarine flying boat and had its maiden flight in 1960. Sadly, a year later, one of its test flights ended in tragedy due to a mistake by one of its crew. After the crash, the plane project saw several changes nd was nicknamed ‘Chayka’ (“Seagull”). The Be-12 has a wingspan and length of approximately 30 meters. It can reach a maximum speed of 540 km/h. The flying boat was used to set 46 aviation records. It also underwent a number of modifications, including civic ones, and some of these planes are still in use. 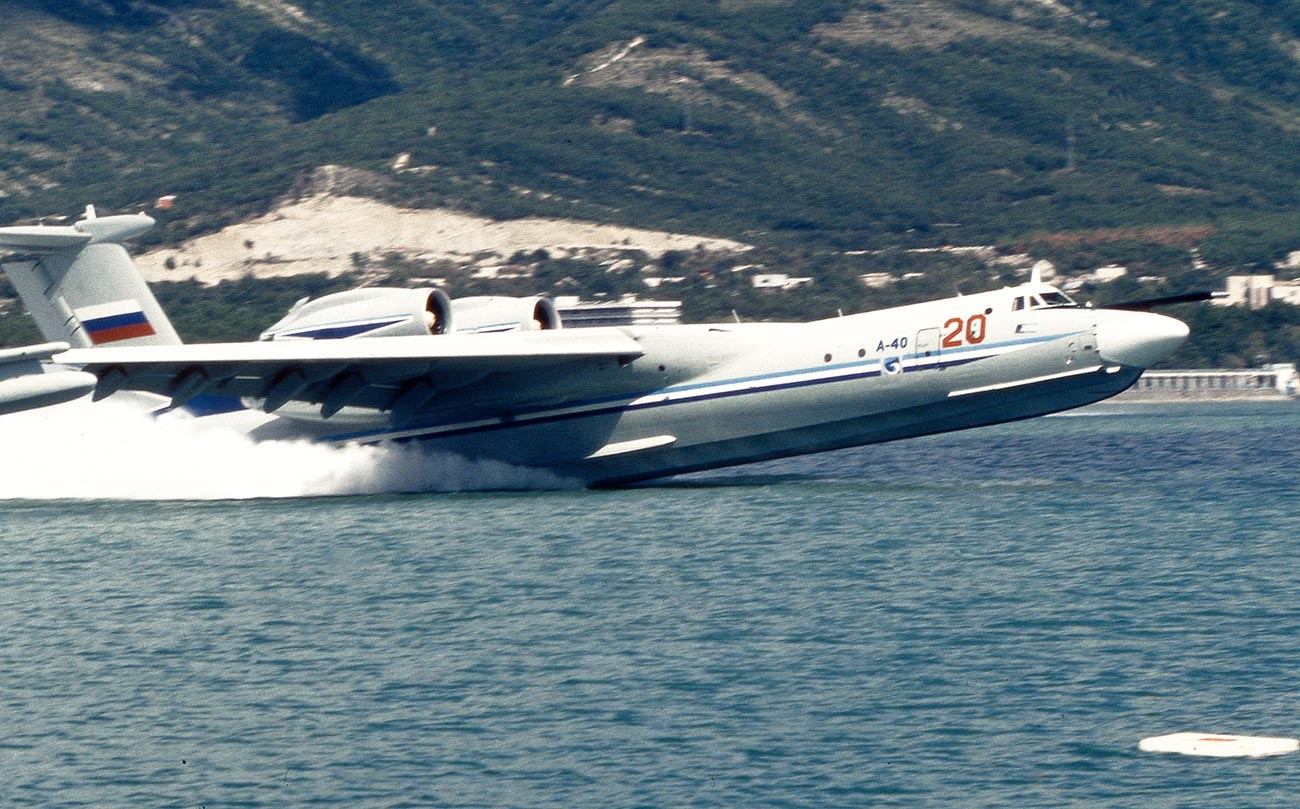 A-40 amphibious aircraft's take-off from the water.

The biggest hydroplane ever was the ‘A-40’, also known as ‘Albatros’. It had its maiden flight in 1986. The A-40 was designed for different purposes. For example, it could carry up to 6.5 tons of mines and anti-submarine missiles. The A-40 was operated by a crew of eight people. The plane had a wingspan of 42 meters and was 44 meters in length. It could reach a maximum speed of 800 km/h. The breakup of the USSR didn’t allow the constructors to finish the project and, every now and then, engineers make claims of wanting to revive it again. 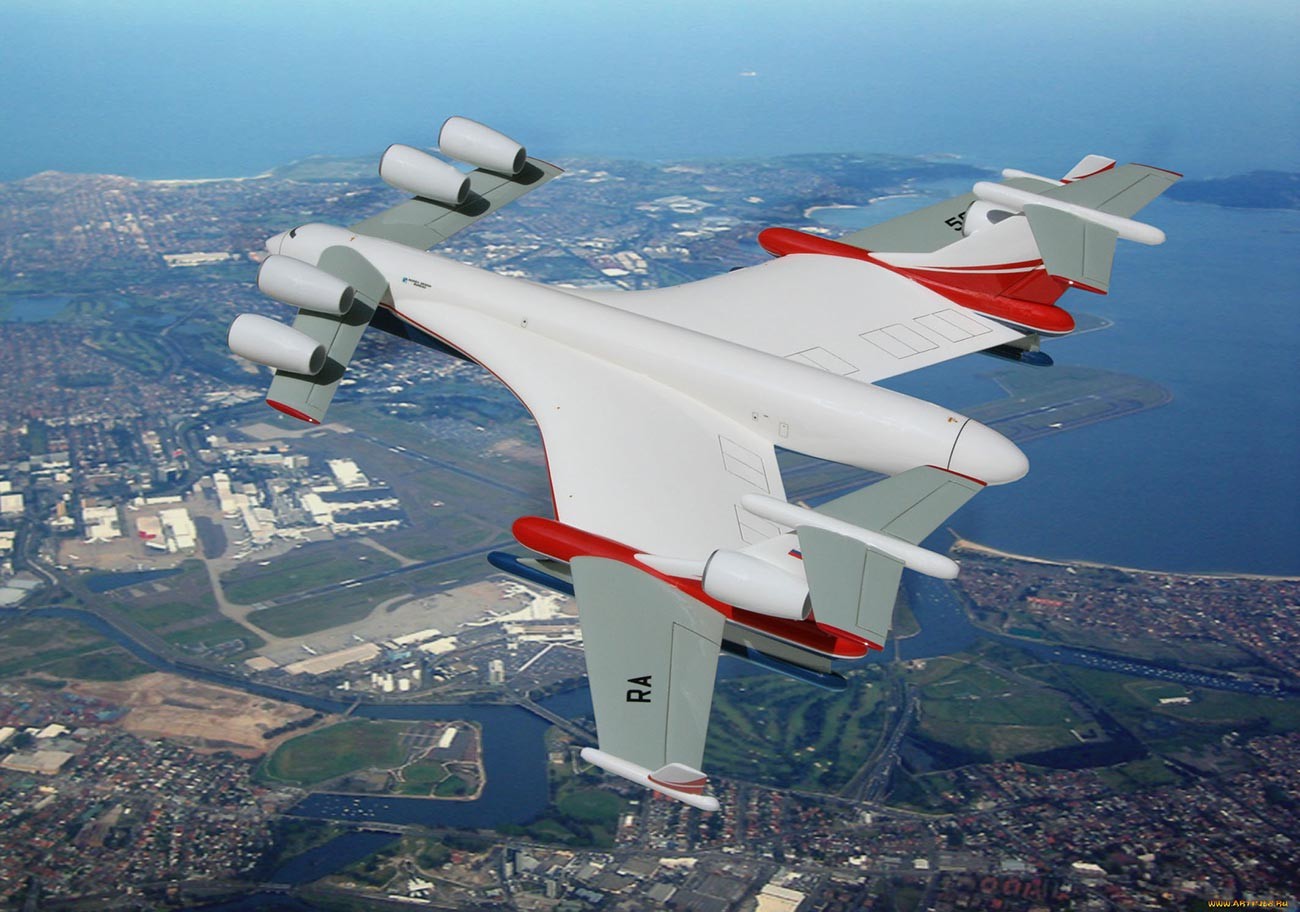 At the end of the 1980s, the ‘Be-2500’ was designed, which was to become the biggest and the heaviest flying boat ever. It was expected to be 115 meters long, have a wingspan of 125 meters and a takeoff weight of 2,500 tons. Despite its heaviness, the Be-2500 was designed to reach speeds of up to 770 km/h. The plane was supposed to carry cargo and soldiers, conduct exploration of extractable sources and even deliver spaceships to the upper atmosphere. Sadly, the project is still unfinished.

The ‘Be-200’ was based on the A-40, but with significant improvements. Its first flight took place in 1998. It is a civic multipurpose plane: it can carry cargo and passengers, patrol territories and put out fires - for example, it is often used to fight forest fires in Yakutia in summer. The hydroplane is 32 meters long, has a wingspan of approximately 33 meters and can reach a maximum speed of 600 km/h. New Be-200 flying boats with different modifications are still being produced.