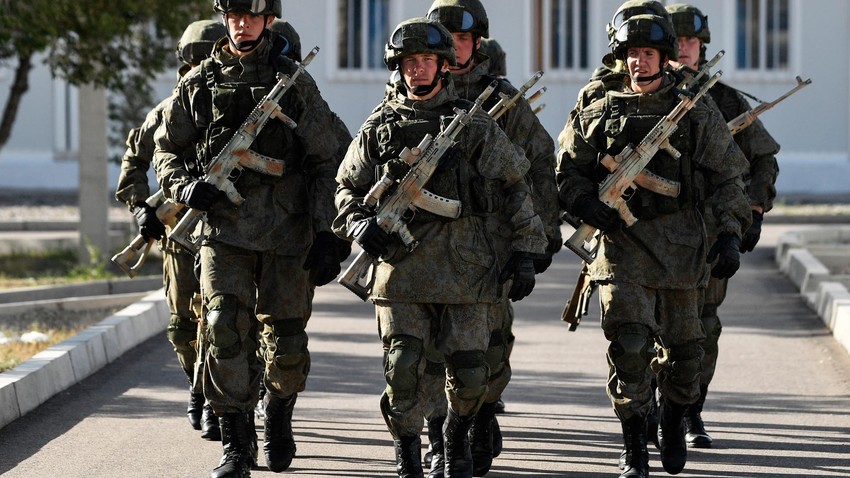 Natalia Seliverstova/Sputnik
The armor is stated to withstand up to 10 direct hits of armor-piercing rounds, but is it true or not?

In mid-September, Russia Beyond’s team tested armor plates from the Ratnik combat suit at a shooting range in Moscow.

The goal of the test was to see just how tough it actually is and to see whether the claim that it can withstand ten direct hits from SVD rifles was not just a marketing ploy to help sell the gear to the military, weapon collectors and gun enthusiasts.

The granite plate has a set of ceramic-composite tiles and a composite substrate on the inside. Whereas, the outer layer is covered with rubber and aramid coating. It’s designed to destroy a bullet on impact, while the inner layers are meant to hold the fragments.

It’s an essential part of every Russian soldier’s battle gear. According to the makers, its 5A class plates can protect a person from up to 10 direct hits from an SVD sniper rifle.

We bought one of these plates in a licensed military store in Moscow for $100 and tested how effective and resilient it was against multiple shots from a number of NATO weapons with standard ammo.

The main goal was to “fill” it with lead, wear out the armor and see how much civil ammo it could “eat” before being “torn apart” from single shots, rather than spray it with .50 caliber armor-piercing rounds and create a hole the size of the Mariana trench. 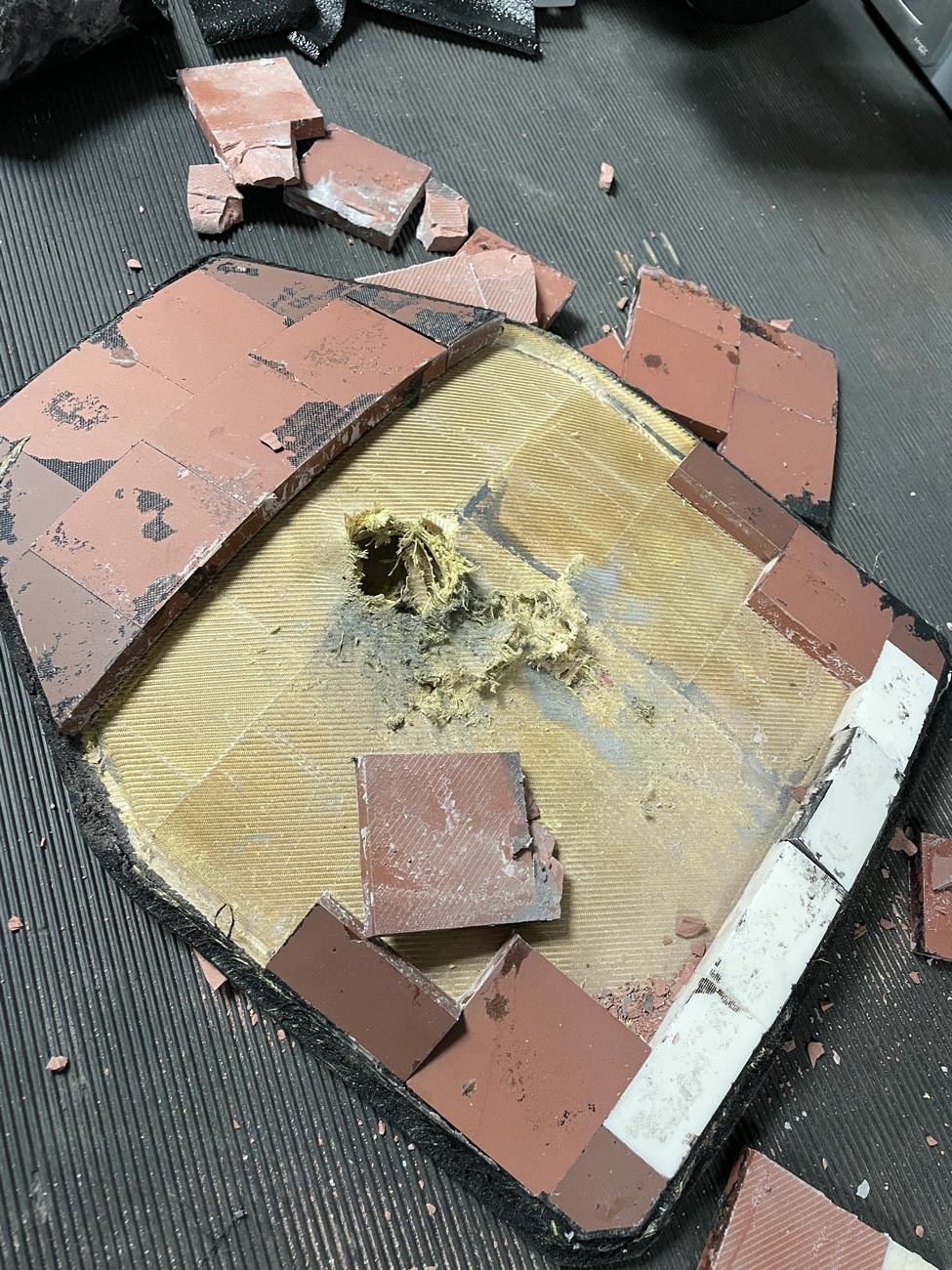 The armor proved to be very trustworthy. We hit it again and again in the same spot, each time with more and more powerful ammo, starting with pistols and finishing with rifles chambered with .308 Win and 7.62x54 mm ammo.

We managed to break a bunch of ceramic tiles and reach the inner layers of the aramid coating.

However, the plate was still operational and could continue “eating” lead from weapons had we continued to hit the untouched areas.

Nevertheless, the biggest damage to the plate was dealt from the Belgian FN SCAR assault rifle chambered with .308 Win ammo. It broke the ceramic tiles and nearly tore through the plate on the other side. You would have definitely felt the tip of the round if you wore the armor - and most likely would have had major bruising and potential internal organ damage in that area! But you would still be alive.

The bottom line of the test was that the plate, as it was announced by the creators, was resilient enough to withstand multiple shots from various weapons and still be operational.

However, we were determined to continue our tests and test the limits of the armor. In the foreseeable future, we also plan to test how well it will fare against .338 Lapua Magnum armor-piercing rounds that are more powerful compared to the ones used in this test.

“This armor was created for the mass army. Yes, it can withstand armor-piercing rounds from SVD sniper rifles, but the hit alone would be hard enough to eliminate a person,” says Andrey Piskunov, a Spec Ops instructor.

According to him, the firepower of these shots would most certainly break ribs and a person would most likely not survive the sustained injuries.

“We don’t buy these plates for our guys, as we can afford purchasing foreign ones worth $500 each,” he explains.

As he also notes, the main difference is comfortability. Granite plates weigh a significant amount and they hinder movement.

“You should try walking, running and crawling all day long wearing each of them and you’ll feel the difference,” he adds.

He says, however, that granite armor had its particular purpose - to be cheap for mass production and resistant enough to withstand multiple hits, as an infantryman won’t be able to replace a damaged plate in the battlefield. “There are better, but more expensive, plates that also withstand armor-piercing shots from SVD sniper rifles, but a person would most likely survive afterwards. We can afford those, so we buy them,” he concludes.