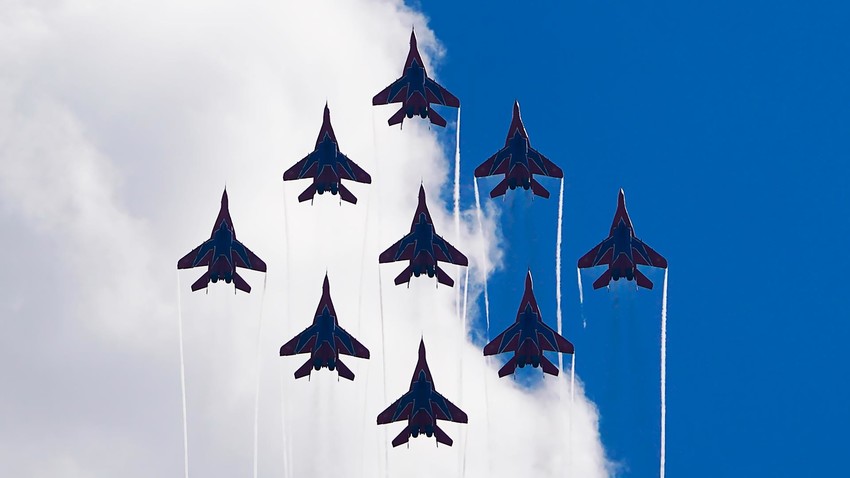 Alexander Vilf/Sputnik
For decades, they have been raising the bar for pilots around the world. They turned such deadly aerobatic stunts like loops and barrel rolls into standard ones that can now be achieved by others.

The teams demonstrate world class tricks on standard army machines with no modifications. It’s very unusual, as teams in countries use planes and the jets which have been passed a number of enhancements.

Despite this, Russian teams were first to set a couple of world records and the first to demonstrate a whole range of death defying stunts in the skies in four, five and nine fighter jet formations.

In 2004, the Russian Knights and Swifts became the first aerobatic team in the world to perform all top class group aerobatics in a formation of nine fighter jets. The set of manoeuvres demonstrated by the team was called ‘Diamond’.

The ninth in a tight formation performed almost a full set of aerobatics: starting with the oblique loop, proceeding to the Nesterov loop, etc.

The formation of the planes was constantly changing with the “bearing” changing to ‘envelope’, ‘cross’, ‘pyramid’, ‘wing’ and ‘star’. The performance ended with a spectacular dissolution of the planes, which was accompanied by a salute.

This performance was written down in the aviation history books as the first one in history when a group of nine fighter jets managed to synchronously perform all top class aerobatics.

In 2007, the Russian Knights and Swifts also became the first aerobatic team in the world to perform the 'Barrel roll’ in a group of nine fighter jets - five Su-27 heavy fighters and four MiG-29 light fighters.

The Barrel Roll is an aerial maneuver in which pilots complete 360 degrees rotation during a flight, while remaining in its original direction. It is sometimes described as a “combination of a loop and a roll”. The g-force remains between 2-3 g during the maneuver.

The difficulty in completion of this maneuver lies in synchronicity, as the aerobatic is usually performed solo. It’s excessively trained by military aviators, as in real battle circumstances, this element is used to drop the enemy off the tail of your plane.

Russian aerobatic teams also have their own trademarks and exclusive tricks. Every performance of the Russian Knights ends with beautiful drawings and fireworks show in the sky.

For the first time ever, it was demonstrated in 2013 on the 75th anniversary of the Kubinka Air Show Center and for the Russian Knights’ own 22nd anniversary.

The group showed an amazingly beautiful aerial number called ‘Angel’. Four Su-27 fighters within six seconds shot off the heat traps and spread a smoke trail in the right direction and “drawing” the figure of an angel in the sky.

This drawing is a trademark of the Russian Knights and is only performed by them. 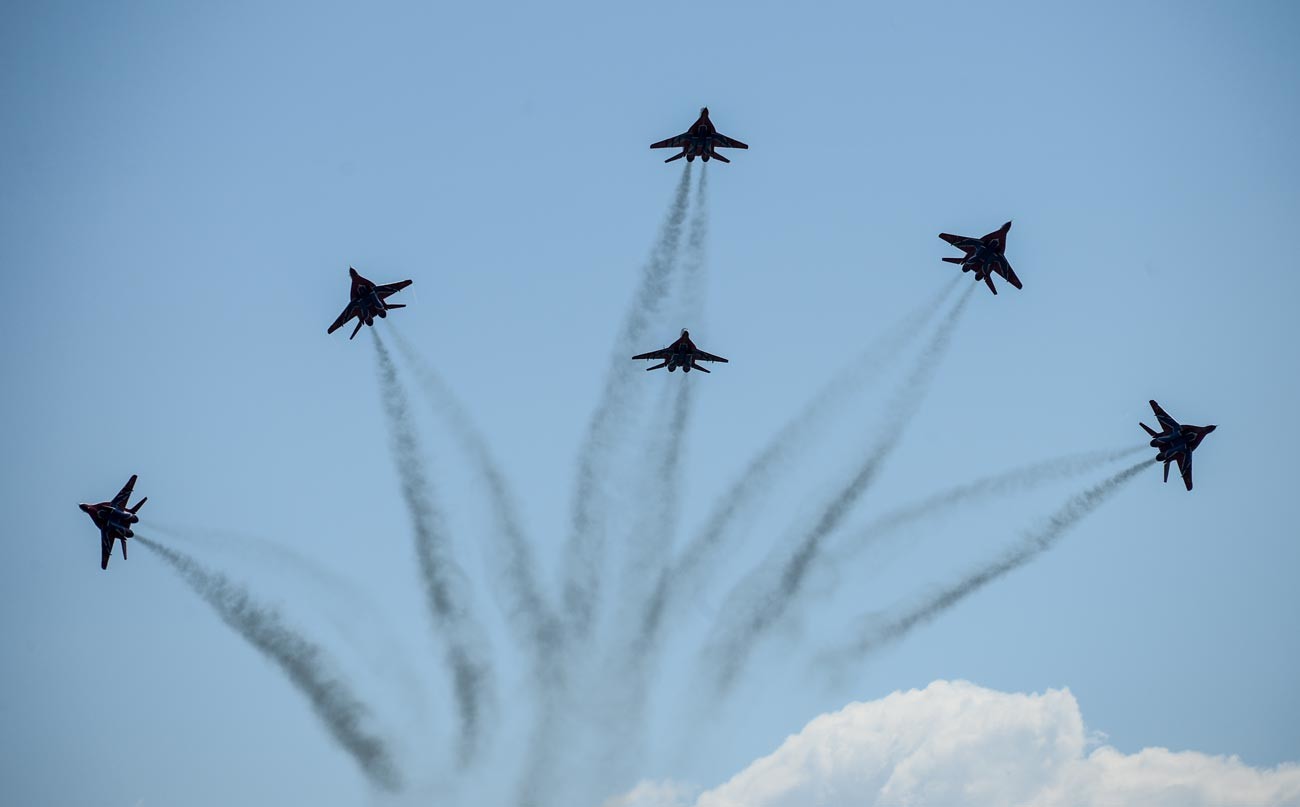 Tulip is a trademark trick performed by the Swifts team. At the end of each performance, the crew “draws” a flower in the sky.

The trick is performed by the whole squad, with the shooting off the heat traps and disconnecting the formation in four directions.

You can find more information about the teams, their planes and plans for the future in articles about the Russian Knights and the Swifts on the Russia Beyond website.