‘Swifts’: what made famous one of the best aerobatic teams in Russia 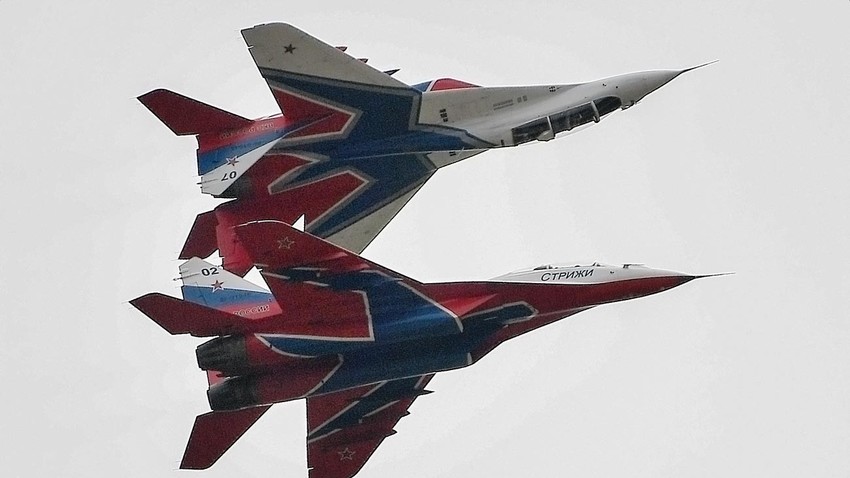 Evgeny Odinkov/Sputnik
This was the first ever aerobatic team to complete a whole set of aerobatic manoeuvres while in a tight formation.

In May 2021, the famous Russian aeronautical aerobatics group ‘Swifts’ celebrated its 30th anniversary.

The squadron was formed in the fighter aviation regiment in Kubinka in the mid-1980s, when the Soviet Air Force was actively developing the latest super-maneuverable combat jet - the MiG-29.

The pilots from Moscow Region had the idea to create a unit of Air Force officers, who perfectly knew the technique of aerobatics, to perform demonstration flights and clearly show the achievements of the Russian aviation industry, both at home and abroad. 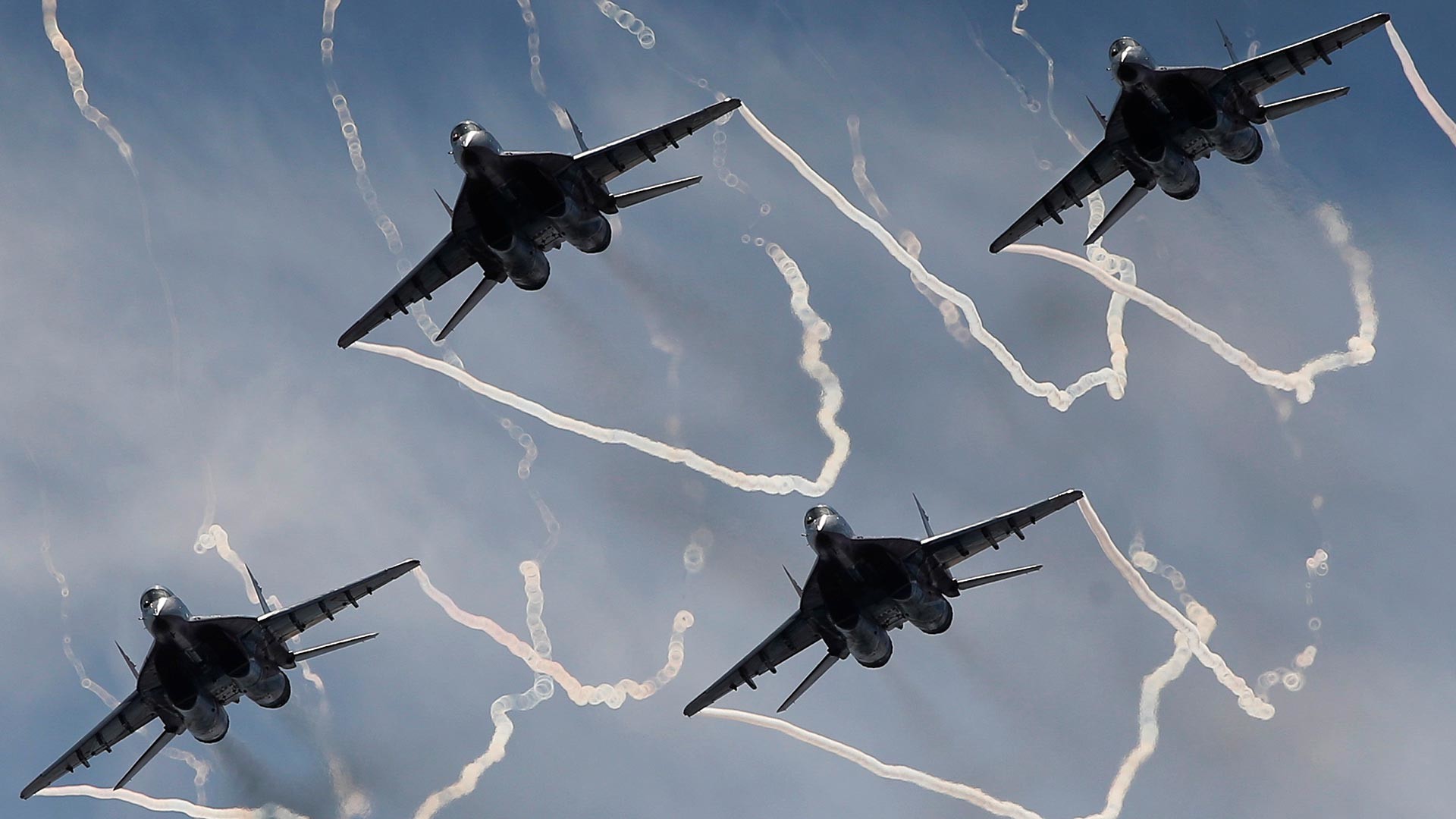 In October 1991, the team made their international debut in Sweden at Uppsala Air Base.

The following year, the pilots performed in France on the 50th anniversary of the founding of the ‘Normandy - Niemen’ squadron.

The ‘Swifts’ won over Western viewers from the very first performance. The six performed an almost complete set of aerobatics in a tight formation: oblique loop, Nesterov loop, barrel, etc. The formations were constantly changing — the ‘bearing’ turned into an ‘envelope’, a ‘cross’, a ‘pyramid’, a ‘wing’ and a ‘star’. The performance ended with a spectacular disbandment of the aircraft in a ‘tulip’, which was accompanied by a salute from the heat trap ejection devices installed on the fighter jets.

In 1993, the ‘Swifts’ became participants of the LIMA'93 air show on the island of Langkawi in Malaysia, as well as air holidays in Belgium and Thailand. And at the exhibition in Thailand, the group’s aviation specialists set a record for the speed of assembly of aircraft: 4 MiGs arrived there in disassembled form on the An-124 Ruslan transport aircraft and Russian technicians and mechanics managed to put them into operation in just 3 days. In 1995, the ‘Swifts’ again visited Sweden and, in 1997 - Finland. 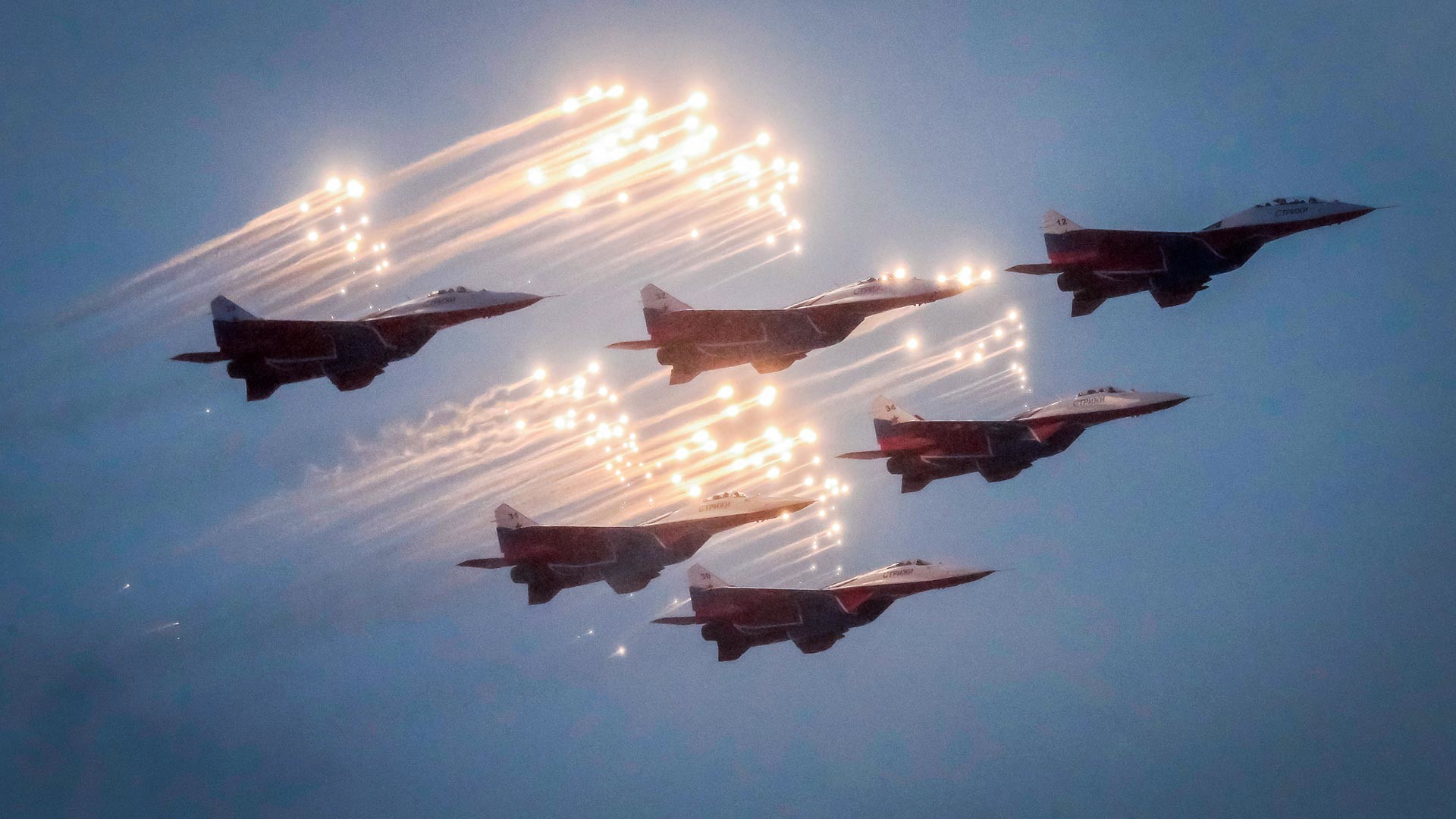 The pilots visited more than 28 foreign countries. The Russian MAKS airshows are not without them either. Strizhi has repeatedly performed demonstration flights at numerous celebrations dedicated to the anniversaries of cities and taken part in the celebration of the 850th anniversary of Moscow.

In 1993, the ‘Swifts’ aerobatic team was awarded the title of ‘The Best Aerobatic Team in the World’ and, at the international air show in Finland in 1997, the commander of the Guard group, Lieutenant Colonel Nikolai Dyatel, took first place in single aerobatics. 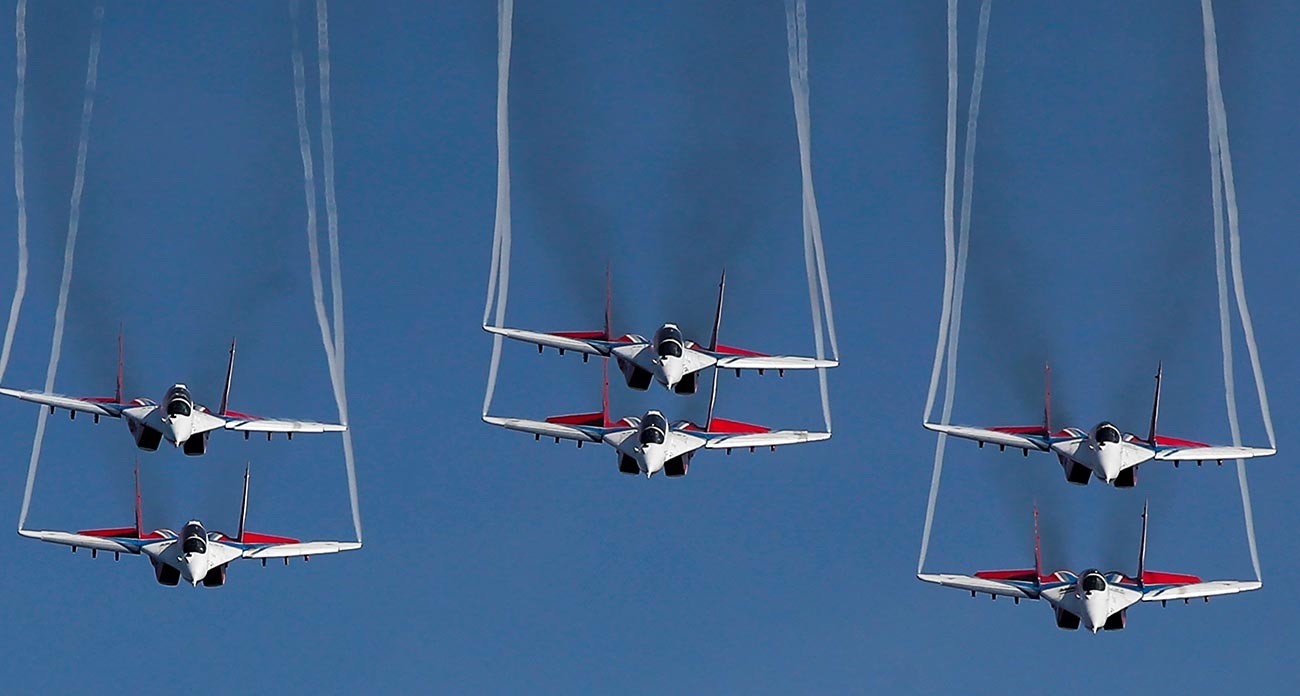 In the winter of 2003, the MiG-29 aircraft underwent scheduled repairs and acquired a new paint pattern. The MiGs were repainted in a new red and white uniform with a bright blue silhouette of a swift on the top and bottom, with the letters “MiG” on the keel. They were shown to the public in this new guise on March 15, 2003, during the celebration of the 65th anniversary of the regiment.

Today, the aerobatic team is preparing to transfer to the new MiG-35 fighter jets. Read all about what these 4++ generation fighters are like here. 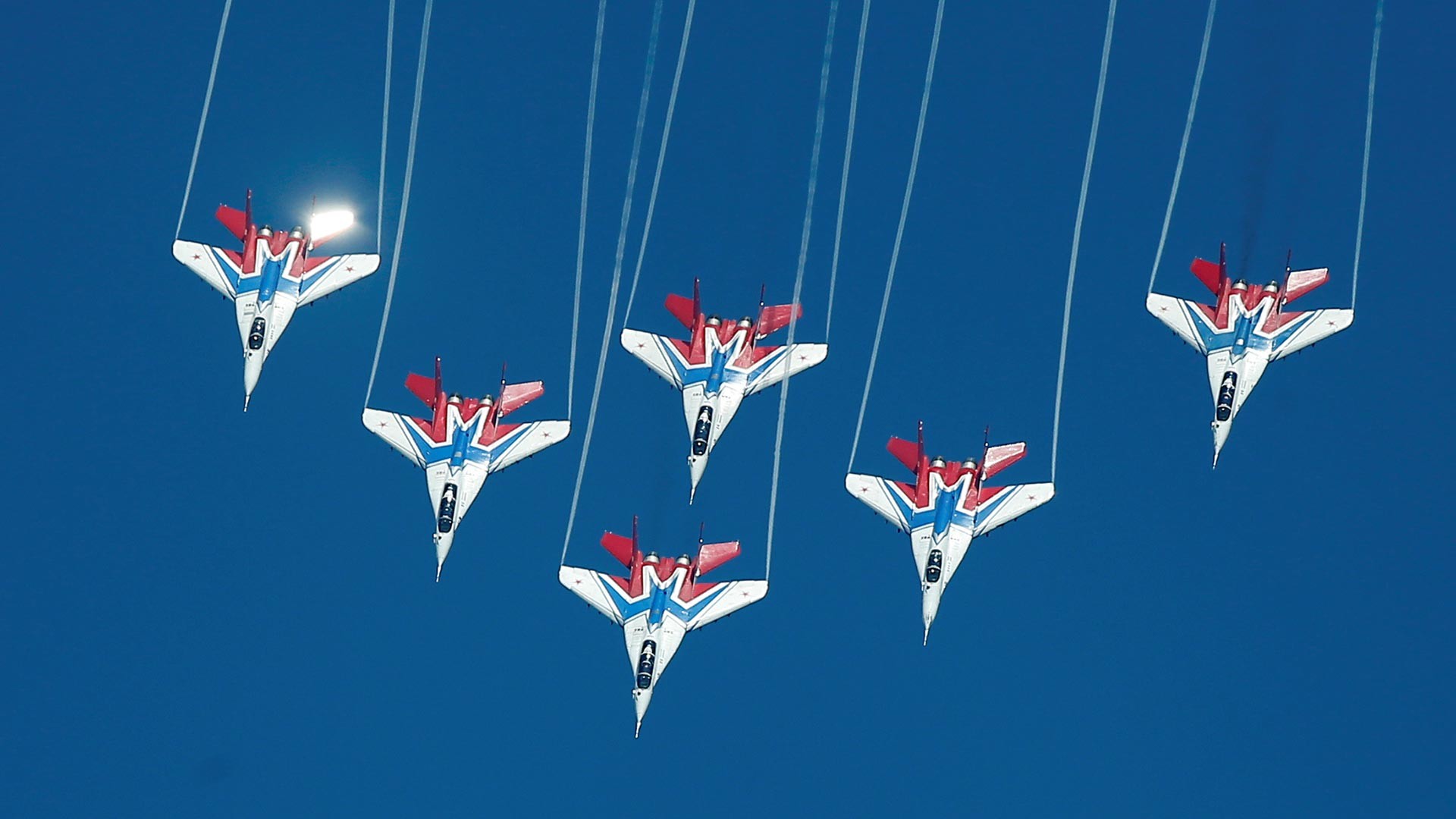