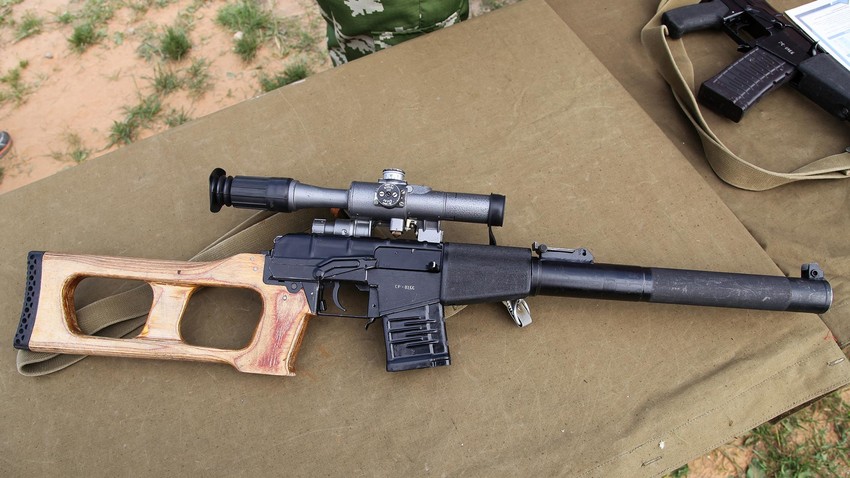 Vitaly Kuzmin
Our correspondent personally tested the ‘Vintorez’ silent sniper rifle to see just how realistic it is visualised in computer games.

In recent years, Russian guns have become the weapon-of-choice for gamers in the most popular games - such as ‘Player Unknown’s Battleground’ and ‘Escape from Tarkov’.

Computer games portray the ‘Vintorez’ as one of the most effective silent sniper rifles that can eliminate targets with low-caliber 9-mm rounds from long distances. Yet, the gun can’t penetrate any targets and the enemy can be “saved” by hiding behind any obstacle.

But are the game creators right? 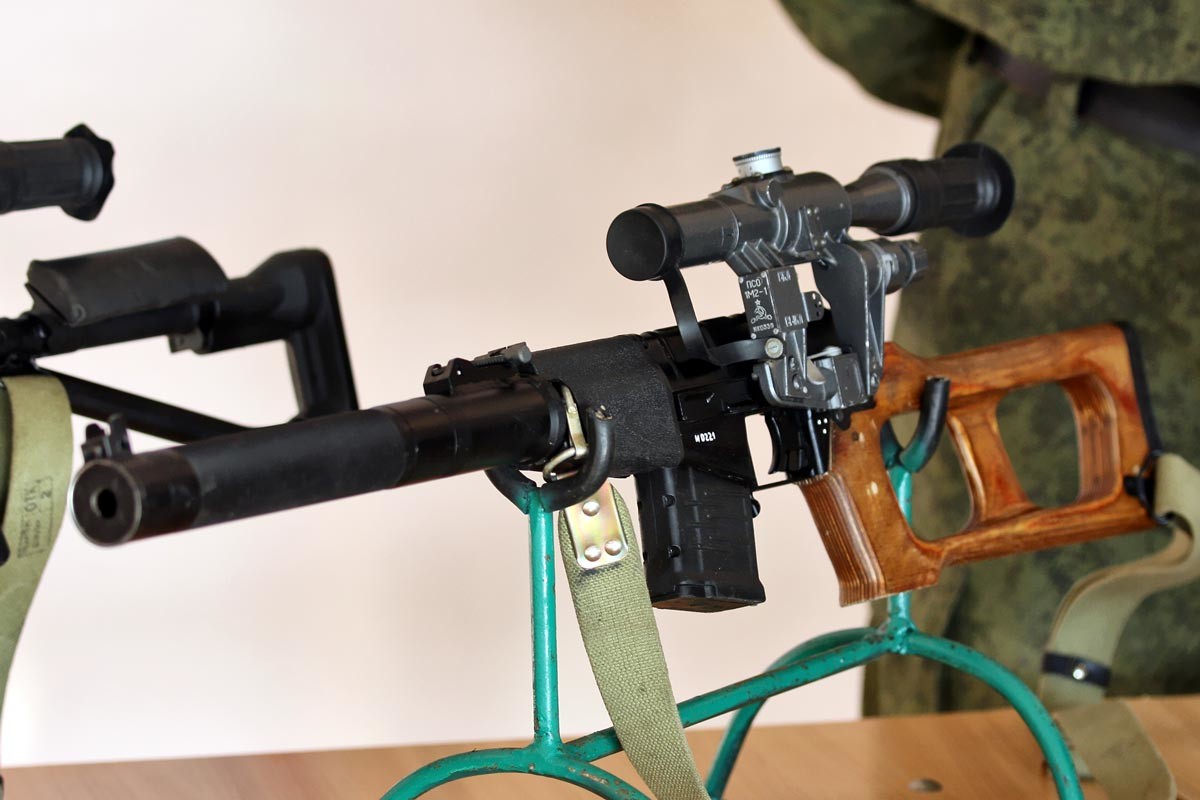 To start our test with the Soviet Union’s first ever silent sniper rifle - the VSS ‘Vintorez’ - we gathered our video team with slow-motion cameras and took a 200-kilometer trip to Tula.

Tula could be called the arms manufacturing capital of Russia, with numerous factories producing weapons for the country’s army. We spent nearly a month negotiating with one of them to let us in and conduct a number of shooting and ballistic tests with the ‘Vintorez’ sniper rifle.

In real life, the weapon turned out to be edgy and clumsy. But the main feature about it lies in its compactness and portability. Basically, right at the entrance to the range, I was given a simple bag with a number of weapon parts inside. The moment felt weird, as never before had an instructor given me four parts of a real sniper rifle and expected me to easily assemble it, as if it was LEGO.

“Go ahead, kid. It’s easy,” he said, showing me how to turn out a couple of pieces of metal and wood in a full-sized sniper rifle in five seconds.

Frankly speaking, I was shocked, as the situation reminded me of the movie ‘Leon’ (1994) where Jean Reno shows Natalie Portman how to assemble a sniper rifle on a roof and kill a man.

The ‘Vintorez’ was created for the same purpose - it’s a weapon that can be hidden in the lower parts of a case, snuck into a building and assembled to secretly eliminate a target from afar.

So, in five seconds, I already had a fully assembled weapon that strongly reminded me of the AS ‘Val’ Russian silent assault rifle. To be honest, from the outside, the ‘Vintorez’ was the exact copy of it. I stood puzzled at the range, asked what’s wrong and why both weapons looked so familiar to each other. 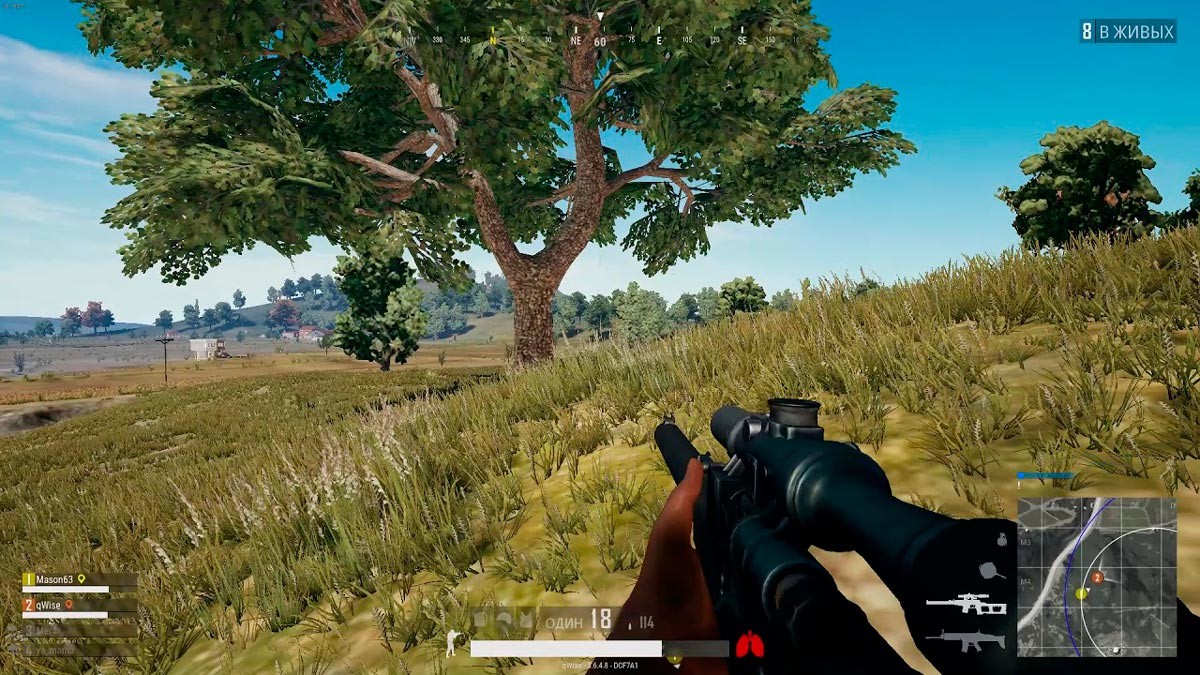 First shot from the silent sniper rifle turned out to be not silent at all. The weapon makes a distinctive “boom” clap after the first shot. I stared surprised at the instructor and he told me that “it’s okay, as the weapon needs to warm up”. I didn’t reveal my astonishment, as I always thought that snipers have only one attempt to eliminate a target and secretly leave their position before being noticed by enemies. But, anyway, we had to continue our tests.

At first, I wanted to find out how accurate the weapon is at 100 meter distances compared to the games. The weapon spreads bullets in a wide 10-12 cm circle from that distance. In 2021, that’s too wide, as modern .338 Federal chambered sniper rifles have a more than five times smaller circle. To put it simply, modern weapons are five times more accurate than the VSS ‘Vintorez’ created back in 1987.

Besides that, ‘Vintorez’ rounds start losing their ballistic trajectory and start “ducking” below the circle at this distance. So you need to aim slightly higher than the target in order to hit it.

Worth mentioning that both of these issues were realised and visualised unbelievably well in ‘Player Unknown’s Battleground’ and ‘Escape from Tarkov’. You need to aim higher than the enemy and “read” the bullets’ flight trajectory in order to eliminate your opponent. That was another shock I had at the range - the computer game designers had taken it seriously and noted even details like that when they were working on their projects. 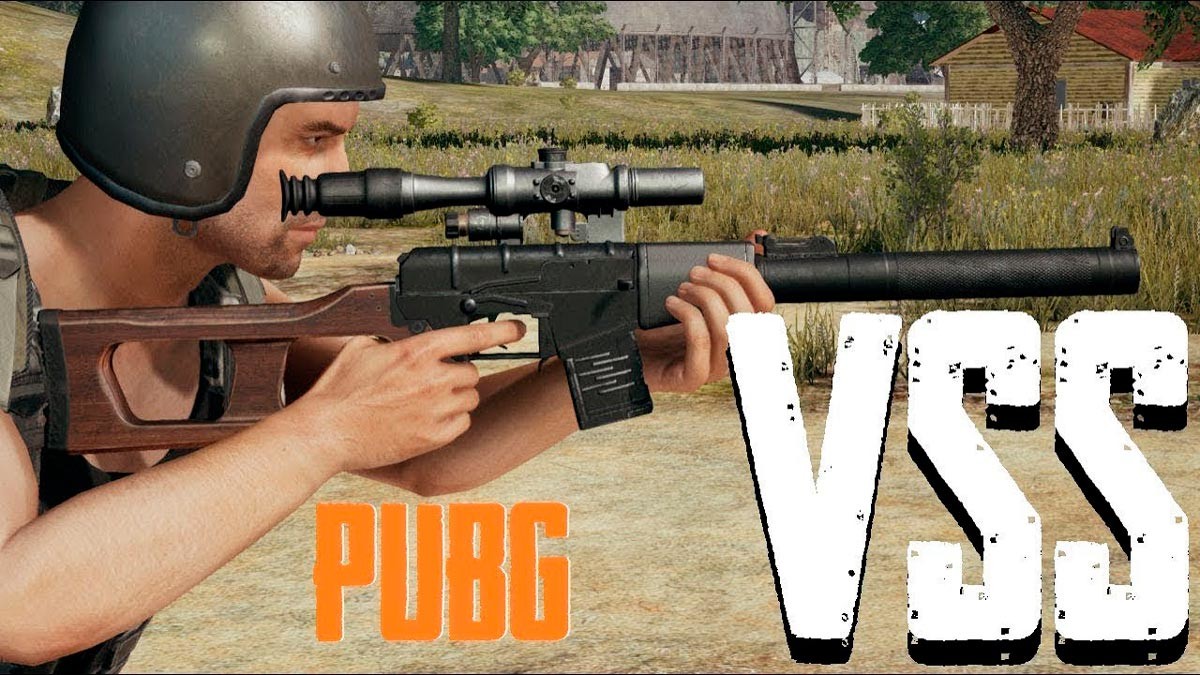 The ‘Vintorez’ is chambered with 9x39-mm subsonic rounds with a flight speed of 330 meters per second and a led core. To put it simple, these rounds are much weaker compared to modern sniper rifles using .308 Win and .338 Fed calibers.

Nevertheless, the ‘Vintorez’s rounds surprise with their power. We tested whether or not a person could hide from them behind a 20-cm-wide pine tree (soft wood), behind a brick wall and one meter below water and the answer to all of these questions was - no, they can’t.

The ‘Vintorez’ goes through wood like a hot knife through butter. Yes, we can say that there are numerous types of wood ranging up to super durable oak, but, as we demonstrated, 9x39 mm ammo won’t be stopped by a common pine in a forest.

The ‘Vintorez’ takes a couple of rounds to turn bricks into powder, even with lead-charged ammo. So, a person won’t be able to hide behind such a wall, either.

Yes, the ‘Vintorez’s bullets change flight trajectory inside of water and can go round the target, but the ammo dives deep inside of water, as four 5-liter bottles of water (one meter in depth) weren’t even a slightest obstacle for it.

So, the firepower of ‘Vintorez’ turned out to be surprisingly good in real life, despite what we see in computer games.

The ‘Vintorez’ (as expected, due to its caliber) is the weakest sniper rifle in both of abovementioned games and can’t penetrate any obstacle. So, maybe the creators should take our shooting test results into consideration and make the necessary adjustments to their games!