Theories of what exactly the S-550 is (PHOTOS) 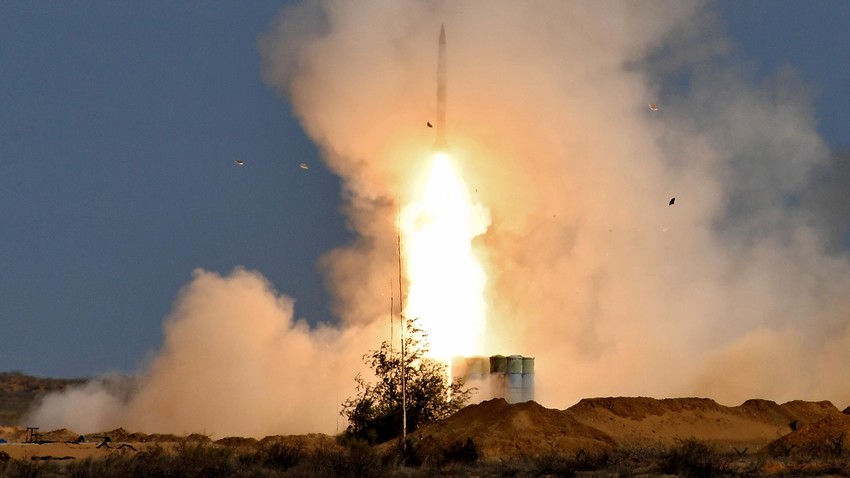 Maxim Blinov/Sputnik
The Internet is swarmed with conspiracy theories about the actual purpose of the S-550 air defense system. We asked military experts which ones are the most realistic.

The new air defense system S-550 will differ from previous S-400 and S-500 with a longer detection and missile range as well as with the ability to intercept any targets, stated the head of the Rostec corporation Sergey Chemezov at the Dubai Airshow international airshow.

The day after that statement, Russia successfully tested a missile capable of hitting objects in near space from Earth and destroyed an old Soviet satellite (click here to find the reasons why the Defense Ministry decided to conduct such a test).

According to military experts, the new S-550 was used for this purpose. But exactly what this complex looks like and what are its tactical and technical characteristics is still a secret that the Russian Defense Ministry hasn’t disclosed.

At the moment the military experts have a couple of their own theories about what the S-550 is. 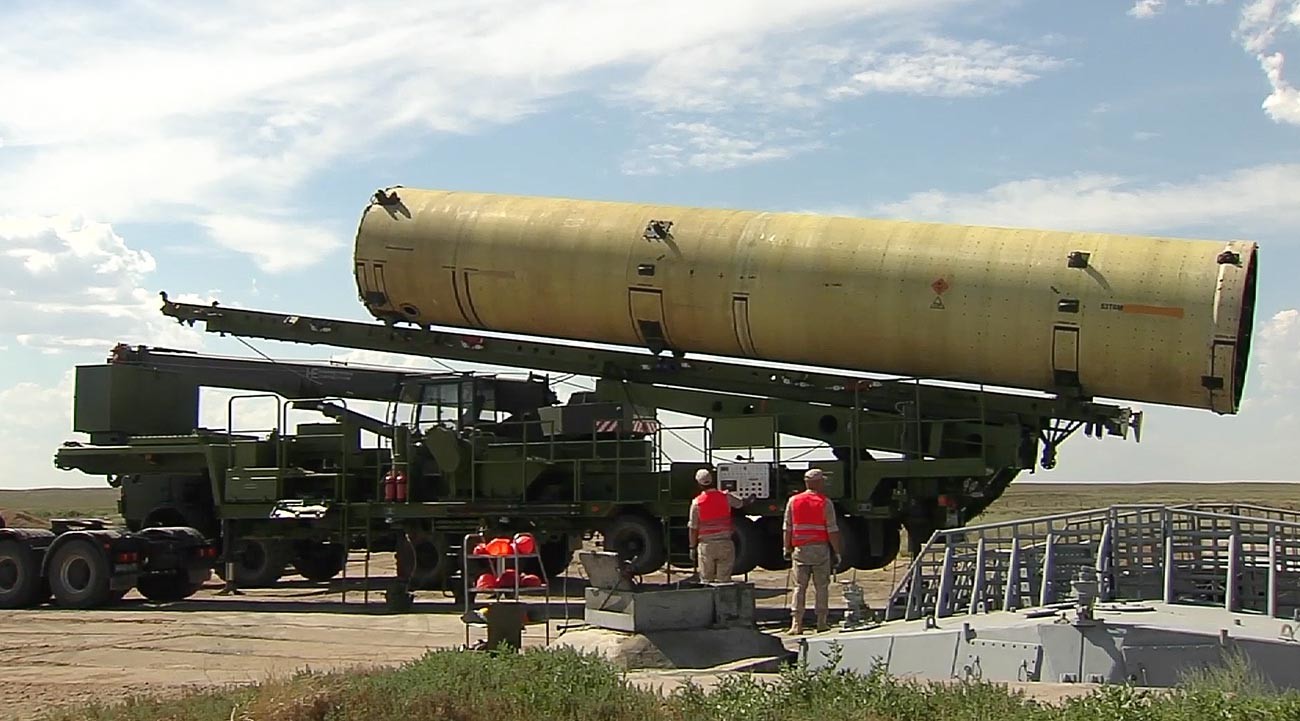 Some experts suggest that S-550 is an additional element of S-500 ‘Prometheus' mobile air defense system, the first mobile machine capable of intercepting ballistic and hypersonic missiles in space.

'S-550 can be assumed as an additional element of the Prometheus complex. Previously, the military stated that the S-500 would shoot down both ballistic nuclear warheads and satellites in orbit. Apparently, the military decided to separate these functions and to shoot down targets with two different machines in order to increase the accuracy of target engagement’, told Russia Beyond Dmitry Litovkin, editor-in-chief of ‘Independent Military Review’ magazine.

He believes that S-550 is further development of an already existing Soviet air defense system A-235 ‘Nudol' that was created to shoot down targets in low orbit.

‘Nudol is a silo-based missile. These are huge rockets that are only placed in silos around Moscow and can eliminate potential nuclear targets in orbit’, said the expert.

The analyst considers that S-550 could be a mobile version of previously silo placed missiles with advanced characteristics that make old-school weapons capable of eliminating modern targets in space.

Unlike the standard S-500 missiles, ‘Nudol' is 20 metres long and weighs around 33 tons which is comparable with dimensions of intercontinental ballistic missiles. So each launch vehicle armed with a modern version of ‘Nudol' missile will look like a truck used to transport ‘Yars' intercontinental missiles.

The main feature of a ‘Nudol' missile is that it reaches the speed of 5.5 kilometers per second in just three seconds - this is the hypersonic threshold, which ensures its swift flight to the target and makes ‘Nudol' capable of intercepting other missiles flying at lower speed.

Theory №2. S-550 is an even better version the upcoming of S-500 air defense system 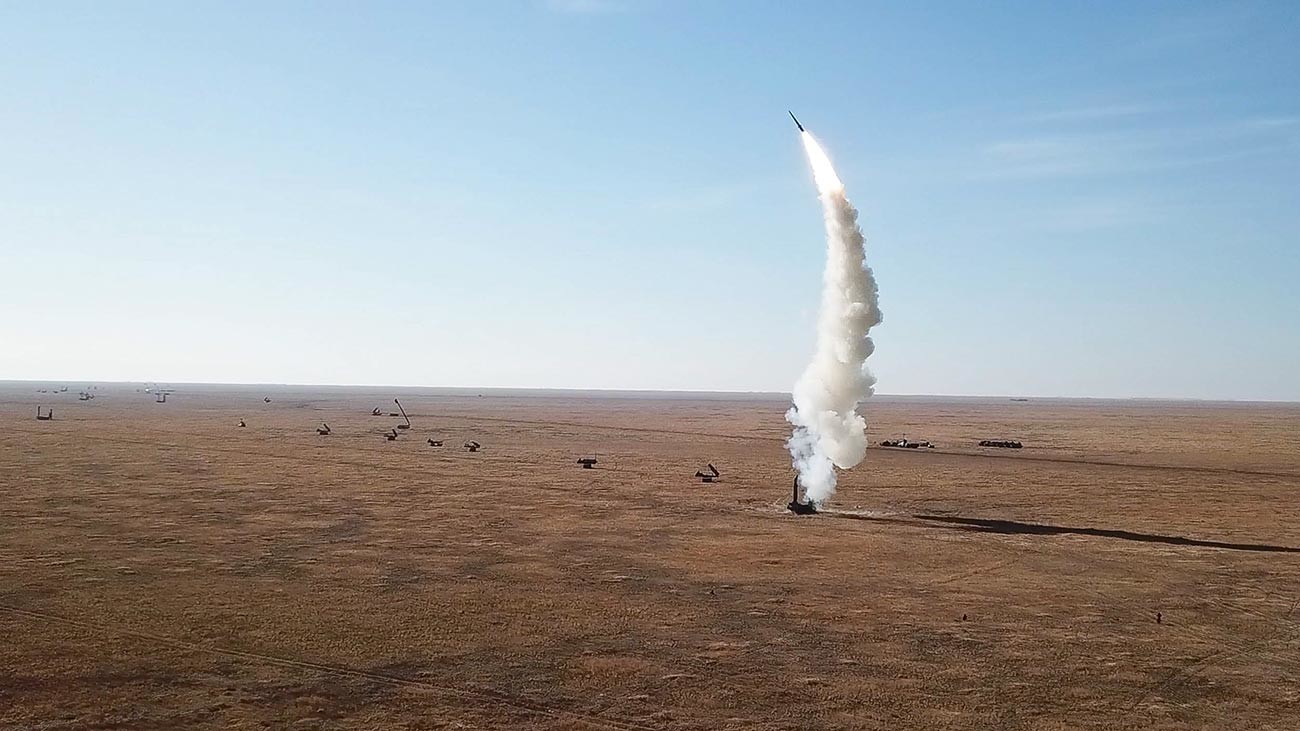 Ivan Konovalov, Development Director of the Foundation for the Promotion of Technologies of the 21st Century, believes that the new air defense system could potentially have a different purpose.

’The ’S-550' series could have been armed with new missiles that perfectly fit shooting down multiple aerial targets on long distances’, told Konovalov.

According to him, so far the S-500 could have been reassigned for striking single targets on 600 distances - ballistic projectiles and strategic bombers. While the S-550 could be a better solution against a massive strike of fighters, cruise and hypersonic missiles.

‘The military command could have decided to further divide our air defense shield into multiple systems against all potential aerial targets. This could have been done in order to ensure and strengthen the security of our borders’ the expert suggested.

Missiles for S-550 could get more advanced engines, which will allow them to expand their combat capabilities.

He also believes that the military command may be working on an increase in the speed and altitude parameters of the S-550 missile complex. The complexes could also include advanced computer systems for analyzing the trajectories of enemy missiles, which would make it possible to deal with these missiles in the sections of their flight trajectory where their explosion would cause no harm for Russian forces and people.

All military experts point out that these are only theories as there are no official comments on the S-550 matter at the moment and what exactly this system is will be revealed in the coming months.