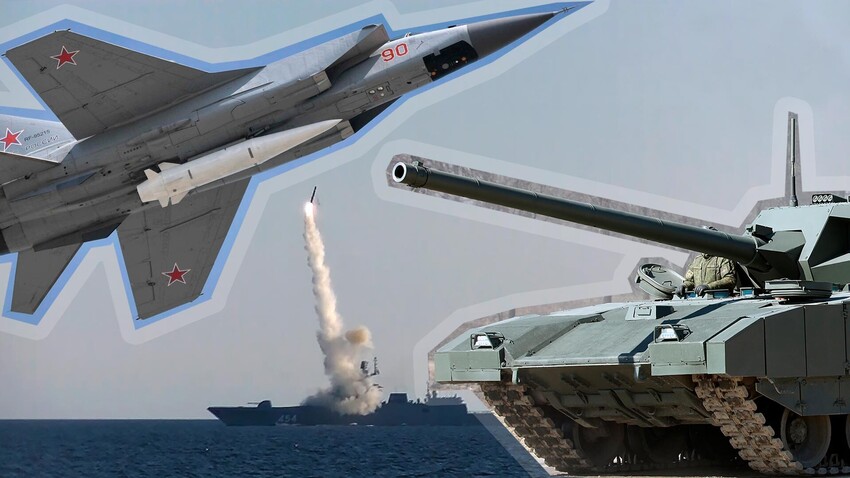 Russia Beyond (Sputnik; kremlin.ru; Vitaly Kuzmin)
The hypersonic missile, fourth-generation tank and upgraded MIG - this is what Ded Moroz (Russian Santa) is planning to bring to Russian troops for the New Year.

In 2018, the Russian military signed a $300 billion deal with arms manufacturers on weapon construction and development of hi-tech armament by 2027. Each year, the army receives new planes, tanks, ships, submarines and 2022 will be no exception to that.

Here is the list of the most prominent acquisitions of the country’s military in the coming year. 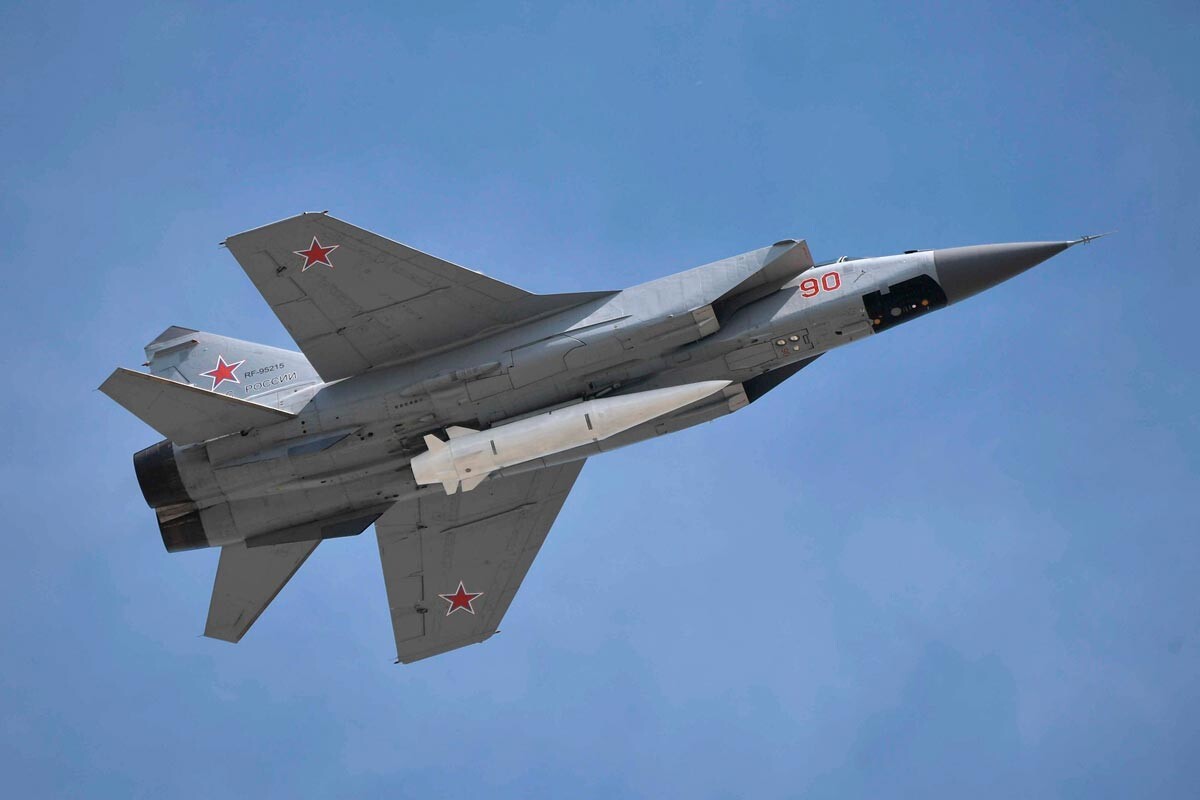 First of all, the Russian army will receive fighter jets armed with hypersonic missiles. That was revealed in late November 2021 by Lieutenant General Andrey Yudin, Commander-in-Chief of the Russian Air Force.

The planes and missiles the general talked about are MiG-31 fighter jets armed with Kh-47M2 ‘Kinzhal’ (eng. ‘Dagger’) hypersonic missiles.

“The MiG-31 is a Soviet-era fighter jet that was chosen as an aircraft carrier for new weapons. This exact plane was chosen among the rest, as it can take-off faster than the others and reach higher altitudes than other jets,” says Ivan Konovalov, Development Director of the Foundation for the Promotion of Technologies of the 21st Century.

As he notes, the MiG-31’s average altitude is 25 kilometers. From this height, the jet is capable of hitting the ground and aerial targets up to 2,000 kilometers away with the ‘Dagger’.

“The main feature of this missile is its speed and distance from which it can be shot. To put it simply, no modern Russian or foreign air defense system is capable of shooting down targets 2,000 kilometers away,” the expert states.

According to him, the ‘Dagger’ can accelerate the speed of Mach 10 (around 12,240 km/h) and would be untouchable to modern anti-missile systems.

“For an anti-missile to shoot down another missile in the sky, the first has to be faster than the latter and intercept it in the skies on its flight trajectory. No current air defense system is capable of doing so,” he adds.

The ‘Dagger’ is not the only hypersonic missile that will be delivered to the army in 2022. 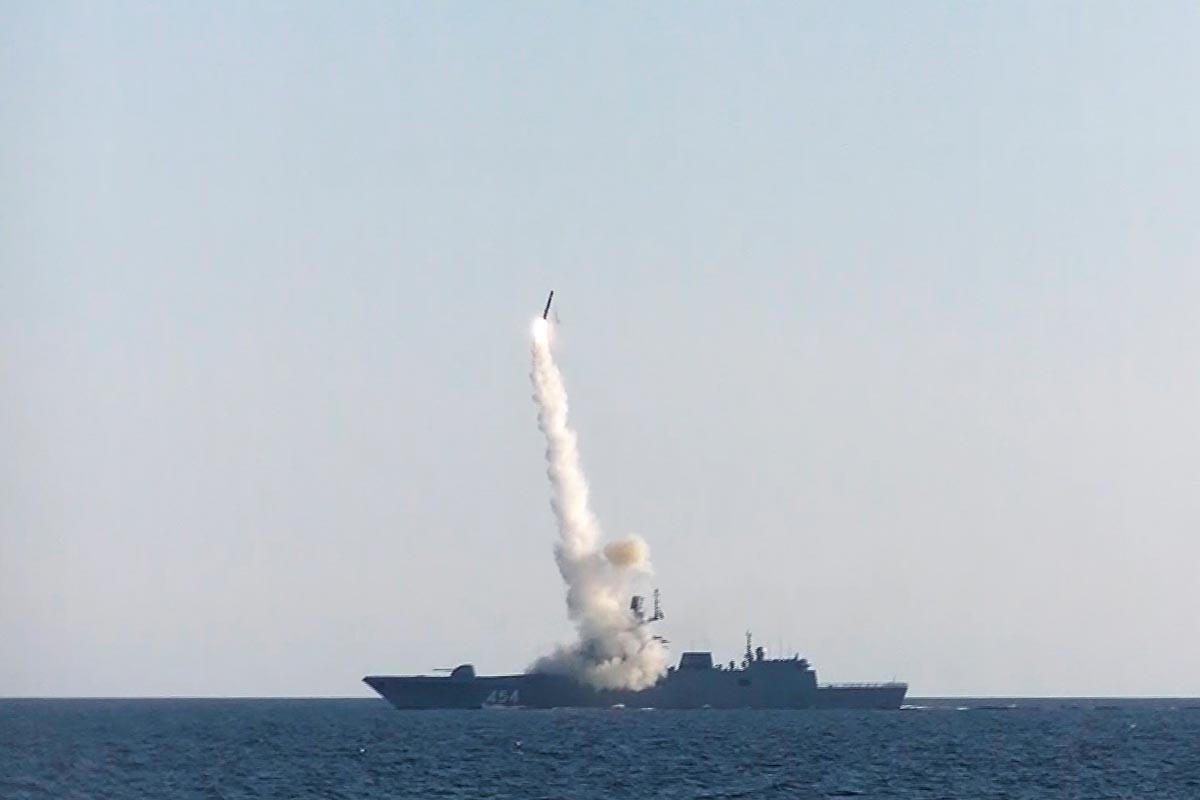 In late November 2021, the Russian military conducted successful tests of a sea-based hypersonic missile called ‘Zircon’. This time, the fleet checked how fit the weapon is for battleships (previously it was only tested for submarines).

“The trials were so successful that the military command ordered an undisclosed number of these projectiles for its fleet. So, starting in January 2022, Russian ships will start receiving these hypersonic missiles. Nevertheless, adoption for submarines is postponed for unknown reasons till 2025,” says Dmitry Litovkin, editor-in-chief of ‘Independent military review’.

These weapons can fly to their targets at a speed of 2.5 kilometers per second (eight times the speed of sound) and will be a new system beyond the reach of air defense systems for the next decade.

“Simply put, these missiles, equipped with the most powerful warheads, will give their creator a new deterrent, which nuclear weapons are to this day,” Litovkin notes.

According to him, the ‘Zircon’ was initially created as a countermeasure for aircraft carrier groups that consist of up to ten battleships.

“At the moment, there are no direct analogs to the ‘Zircon’ and ‘Dagger' missiles. The reason is simple - foreign militaries only started actively investing in the development of hypersonic technologies once Putin announced in 2018 that Russia had created these weapons,” Konovalov says.

He notes that despite nearly unlimited budgets (in 2022, the U.S. plans to spend around $800 billion on its military and new weapons development), it takes years to create hypersonic missiles. 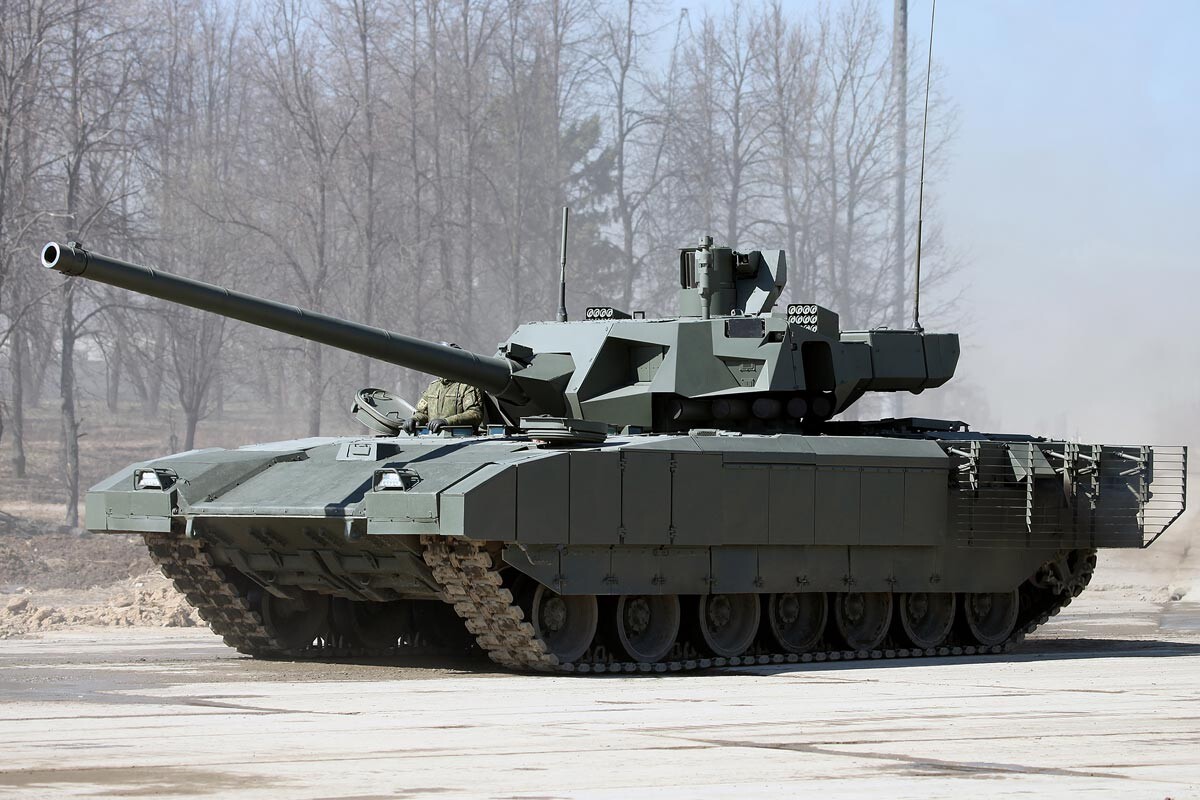 In November 2021, the Russian military signed a deal for the creation of an additional 132 T-14 ‘Armata’ tanks for the military.

The T-14 ‘Armata’ is considered to be the only existing fourth-generation tank in the world. As experts note, it drastically outclasses its foreign rivals in battle characteristics.

“It’s filled with features that no other tank has. For example, it’s the only tank with an unmanned turret and automatic targeting system. This is the only tank with a so-called ‘Tactical Link Management System’ that can coordinate drones above it in skies or send data and intel to artillery units and air defense systems situated on a battlefield,” explains Konovalov.

The ‘Armata’ is also the first “stealth tank” with drastically reduced visibility in the infrared, magnetic and radio specters and armed with a new generation of active ‘Afganit’ protection systems. The new armor is capable of intercepting anti-tank shells and “blind” anti-tank-guided missiles by using a “smoke and metal” protective shroud.

“The vehicle has a lot more features that no other tank possesses. At the moment, the closest analog to it is being created by the French company Nexter that is currently working on their ‘Main Ground Combat System’ project. They only announced that they already created a smoothbore tank gun that exceeds the ‘Armata’s characteristics, but hasn’t shown its capabilities yet. So we’ll have to wait and see what the French vehicle is capable of,” concludes Konovalov.