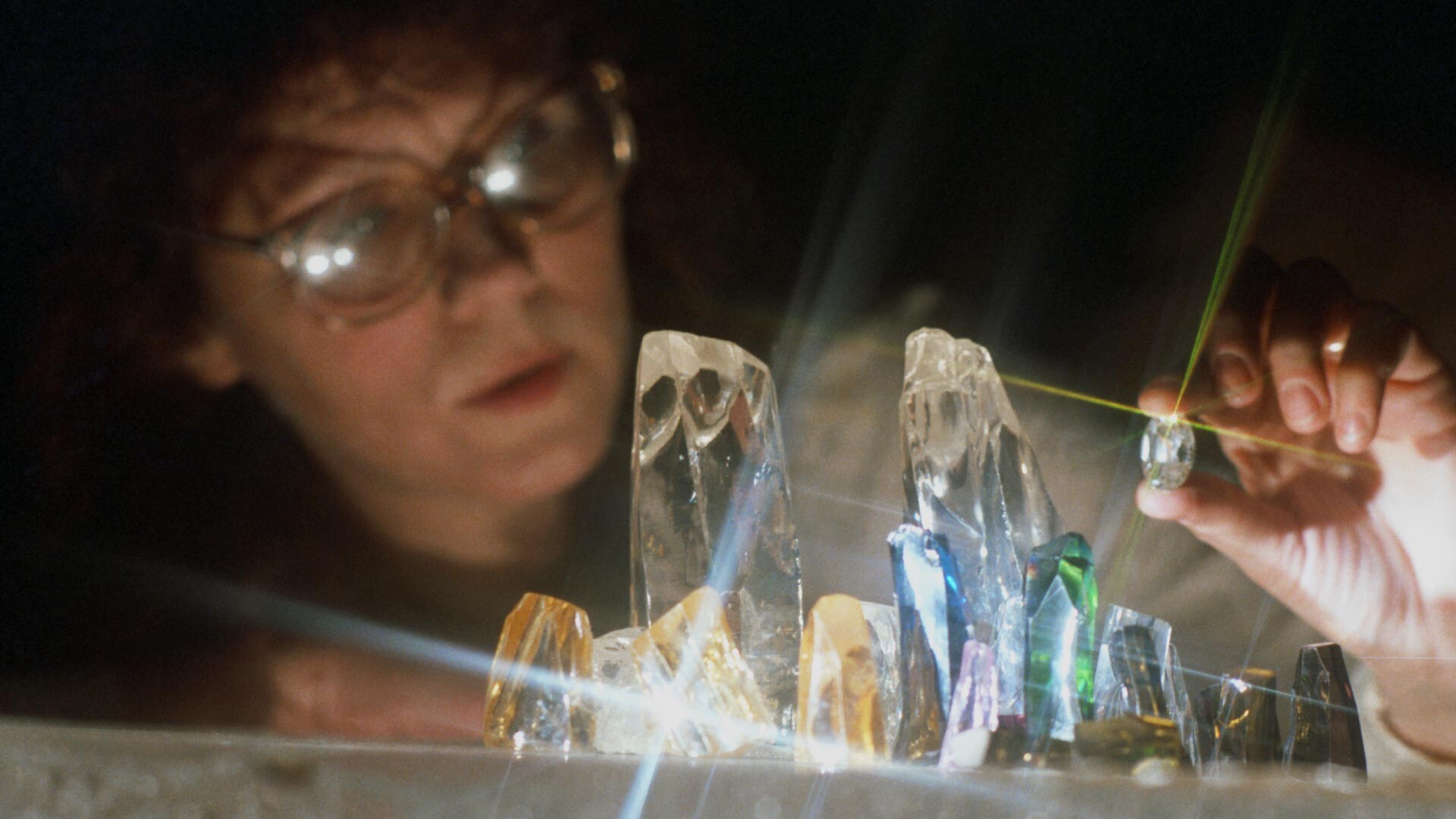 Massive gold jewelry with giant, multi-colored gems used to be all the rage in Soviet times. Rings with alexandrite or earrings with rubies are still stored in the jewelry boxes of nearly every woman in the post-Soviet space. And it’s possible that many of them don’t even suspect that the majority of these stones were artificially created in scientific institutes. What’s more, their initial purpose had absolutely nothing to do with fashion.

Phianites are a girl’s best friend! 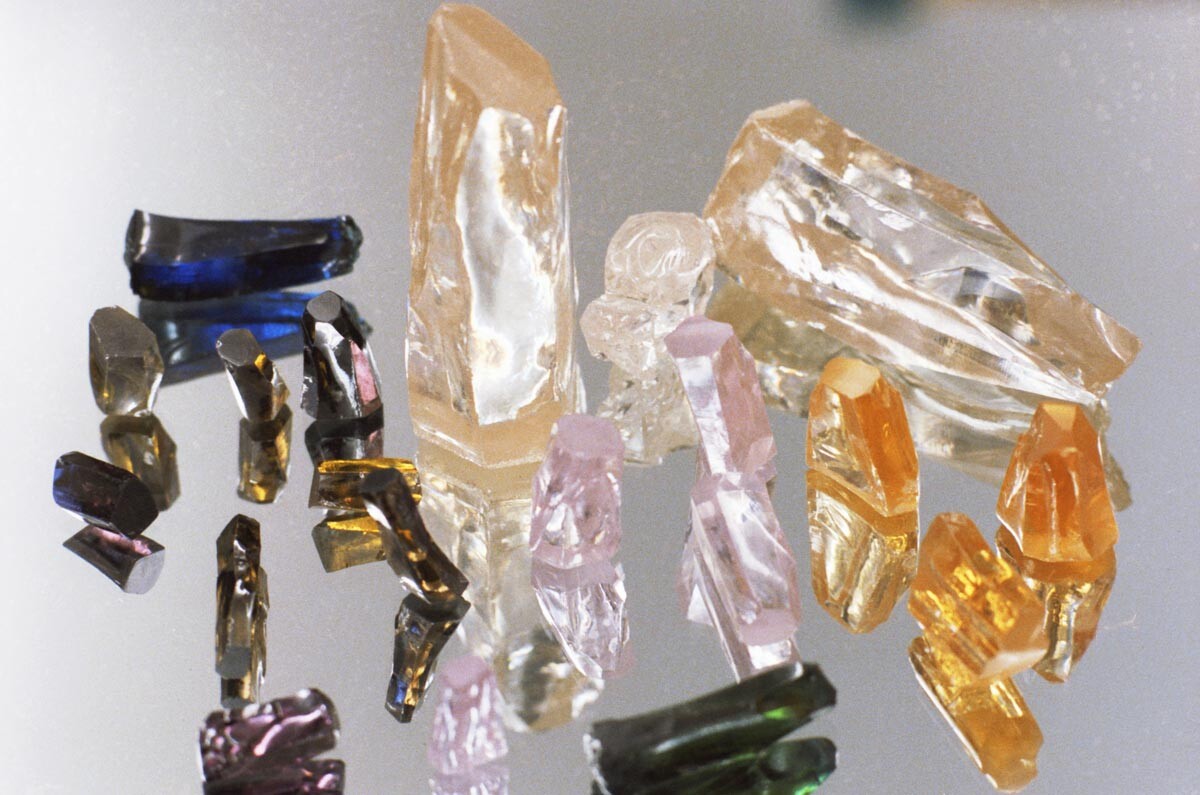 The most popular alternative to an actual diamond in the Soviet Union would be the phianite (or fianit). It’s a crystal with no natural analogs, but which also gives the real diamond a run for its money - and yet, it costs almost nothing. Abroad, this creation is known as ‘cubic zirconia’ (CZ for short, or ‘zirconium dioxide’ in crystalline form). You will never see it being called “phianite” outside CIS countries.

The artificial gemstone received its name thanks to FIAN - the Physics Institute of the Russian Academy of Sciences in Moscow - which produced seven Nobel laureates. 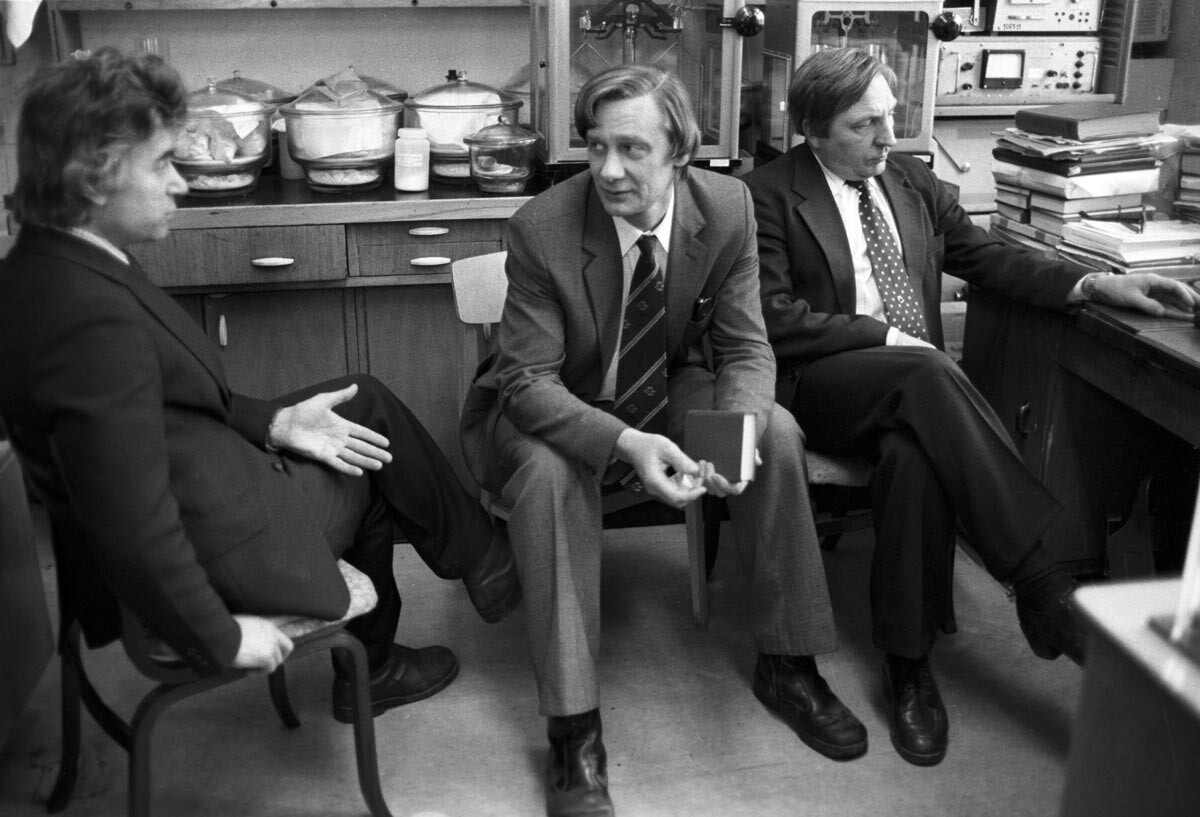 Scientists at the institute research and develop optical technologies for civilian and military industries. After all, crystals aren’t just pretty to look at, but are used for numerous other purposes: in dentistry, for example, there are scalpels with phianite coating; and, of course, they are a major component in optics. For industrial purposes, scientists had to come up with one with similar properties to a real diamond. It began in the 1960s, when FIAN estalshed a department for researching monocrystals, dedicated to the synthesis of vitreous materials used in laser technologies.

They managed to synthesize phianite in 1970s by way of heating zirconium dioxide to 2,500°С. The group was led by Vyatcheslav Osiko, who was the first to propose the different areas where the new material could be of use. It would not be long until jewelers also started finding the crystal useful. 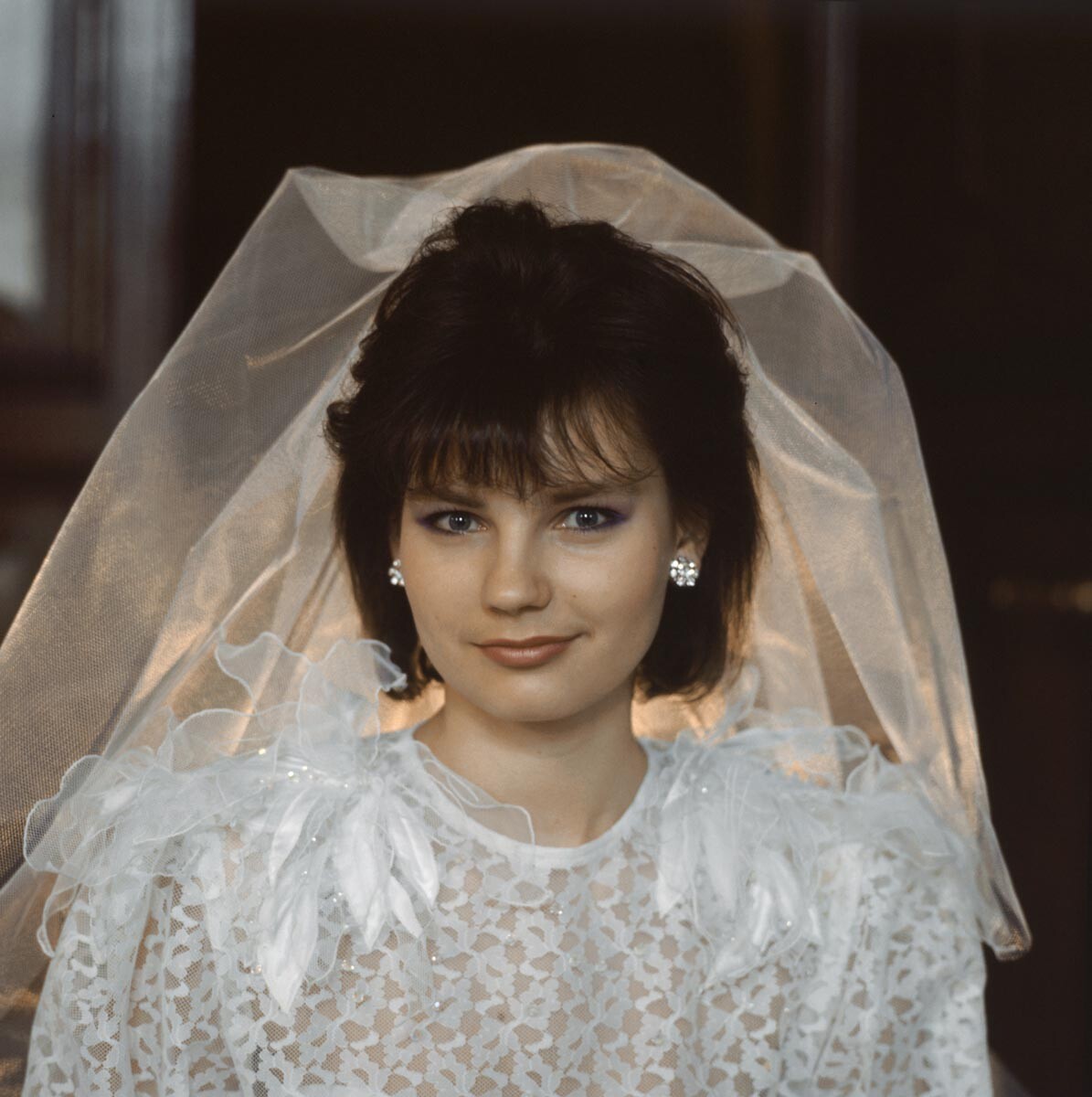 In 1980s, it was popular to wear massive earrings, and jewelry with big phianite gems were in trend, too.

The stone turned out to be marvelous: it didn’t lose clarity, was very hard, transparent and given the appropriate cut; in short, it resembled a diamond. In Russia, phianites are especially popular when combined with gold - even frequently when paired with genuine precious stones. And the cost of the product is two-three times less than one where an actual diamond is used.

Apart from colorless stones, one can also encounter pink, black and yellow phianiates - or just about any color of the rainbow. This is achieved by adding specific metals. For example, for green, chrome is used; for amber, titan and, for blue, cobalt. 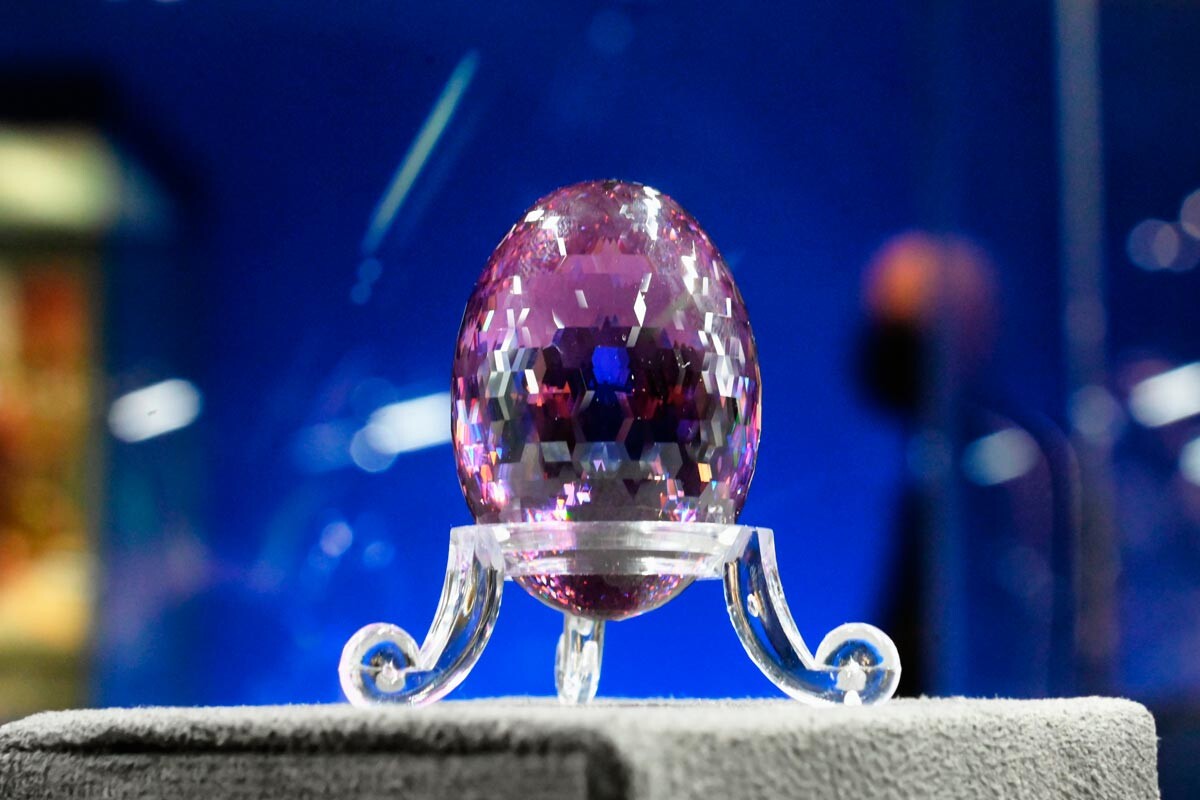 Modern phianite at the jewerly exhibition in Moscow.

Telling a phianite from a diamond is possible even with the naked eye: phianite is transparent, with no defects or air bubbles inside; and if you were to breathe on it a little, it fogs up (genuine diamonds do not). 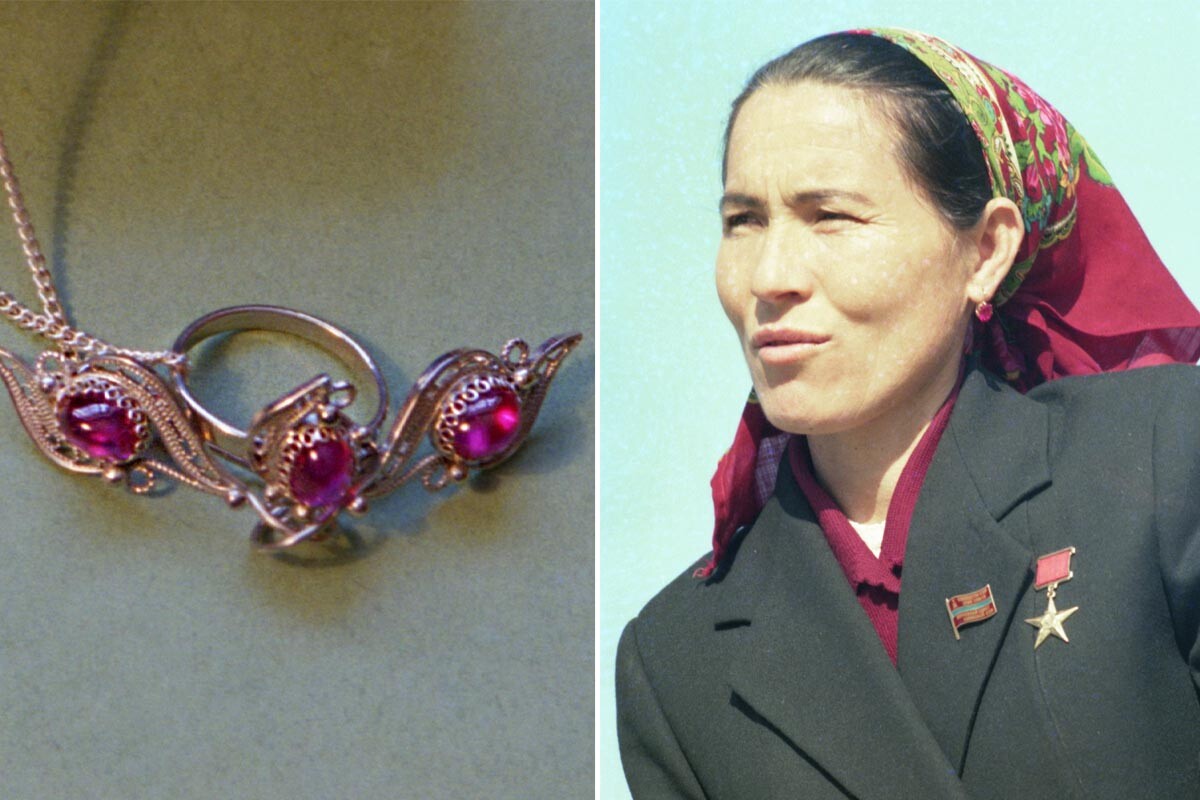 Many Soviet women had such jewerly in the collection!

Red stones have always been considered precious in the art of jewelry making, as there aren’t many places where they can be mined. Back in the 19th century, European scientists tried to synthesize rubies and corundums. The Soviets achieved considerable success in the mass production of artificial gemstones - almost all of the red stones in Soviet jewelry were synthetic in origin. As in the case with phianites, red stones were intended for industrial use - predominantly in watches and lasers.

The first Soviet corundum appeared in 1939 at the Institute of Crystallography in Moscow; already by 1947, chemists Aleksy Shubnikov and Savva Popov developed a method allowing for mass production of corundum, which earned them a state prize.

Later on, the USSR developed the capacity for synthesizing alexandrites - stones, capable of altering their color from emerald to ruby, depending on the lighting. They are mined in very few places on the planet - and, by the way, the ones from the Ural are considered to be the benchmark. 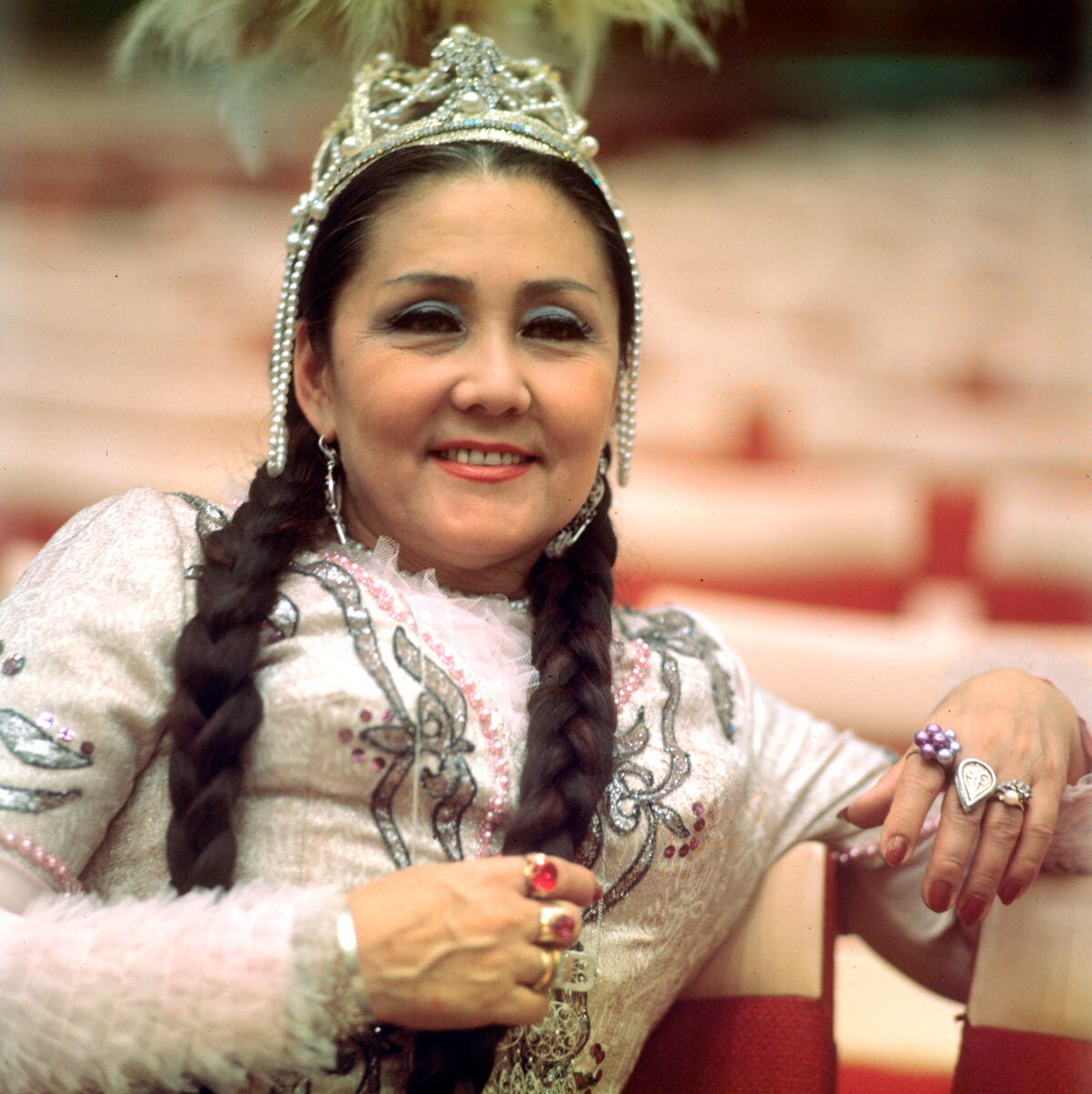 It must be said that it’s actually the Soviet artificial alexandrites that found a lot of favor with foreign jewelers, as they were made according to very high quality standards. The method used at the Institute of Crystallography has been described as horizontal oriented crystallization (sometimes called the “Bagdasarov Method”, after the leader of the group that invented it). In simple terms, it can be described in the following way: a molibden sheet is bent into the shape of a boat. This “boat” is then placed into a mixture of chemicals and sent off to be heated. Over the course of the week, synthetic alexandrite grows out of it.

Other countries use other methods: for instance, U.S. scientists pull them out of a melt. Soviet artificial alexandrite was, therefore, always more sturdy.

Today, synthetic red gemstones can take on many different shades and their popularity is actually as wide as the genuine article. They can be distinguished using a spectrometer (genuine and lab-grown stones display different light absorption characteristics. Further to this, natural stones are rarely encountered without indentations). 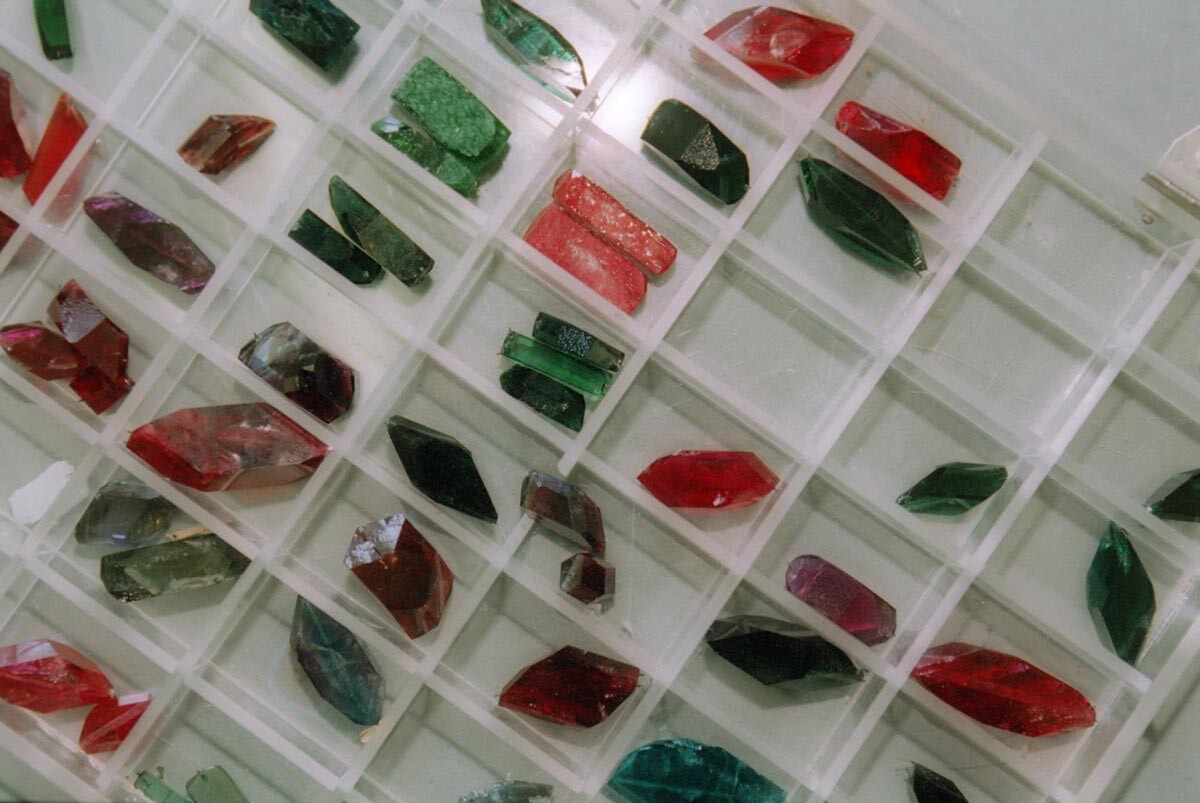 Although Russia possesses a major emerald mine in the Ural, the industry requires cheaper alternatives. A real breakthrough in the creation of emeralds was achieved by scientists from the Novosibirsk Institute for Geology and Physics in the early 1970s under the leadership of Vladimir Klyakhin. The victory was in achieving a stable growth of emerald crystals from geothermal solutions - and the stone that resulted was of a very saturated shade and without cracks. In the late 1980s, the technology was approved for manufacturing and a joint Russian-Thai company, TAIRUS, was set up, which began manufacturing them under the name ‘Russian Emerald’, including for export. To get 100 grams of this geothermal emerald, an entire month is required.

The manufacture continues to this day, growing emeralds of different kinds, as well as alexandrites, rubies and sapphires. According to TAIRUS, these geothermal gemstones possess the same properties as their natural counterparts - aside from the fact that they’re completely synthetic.