What did the Soviets make CANNED water for? 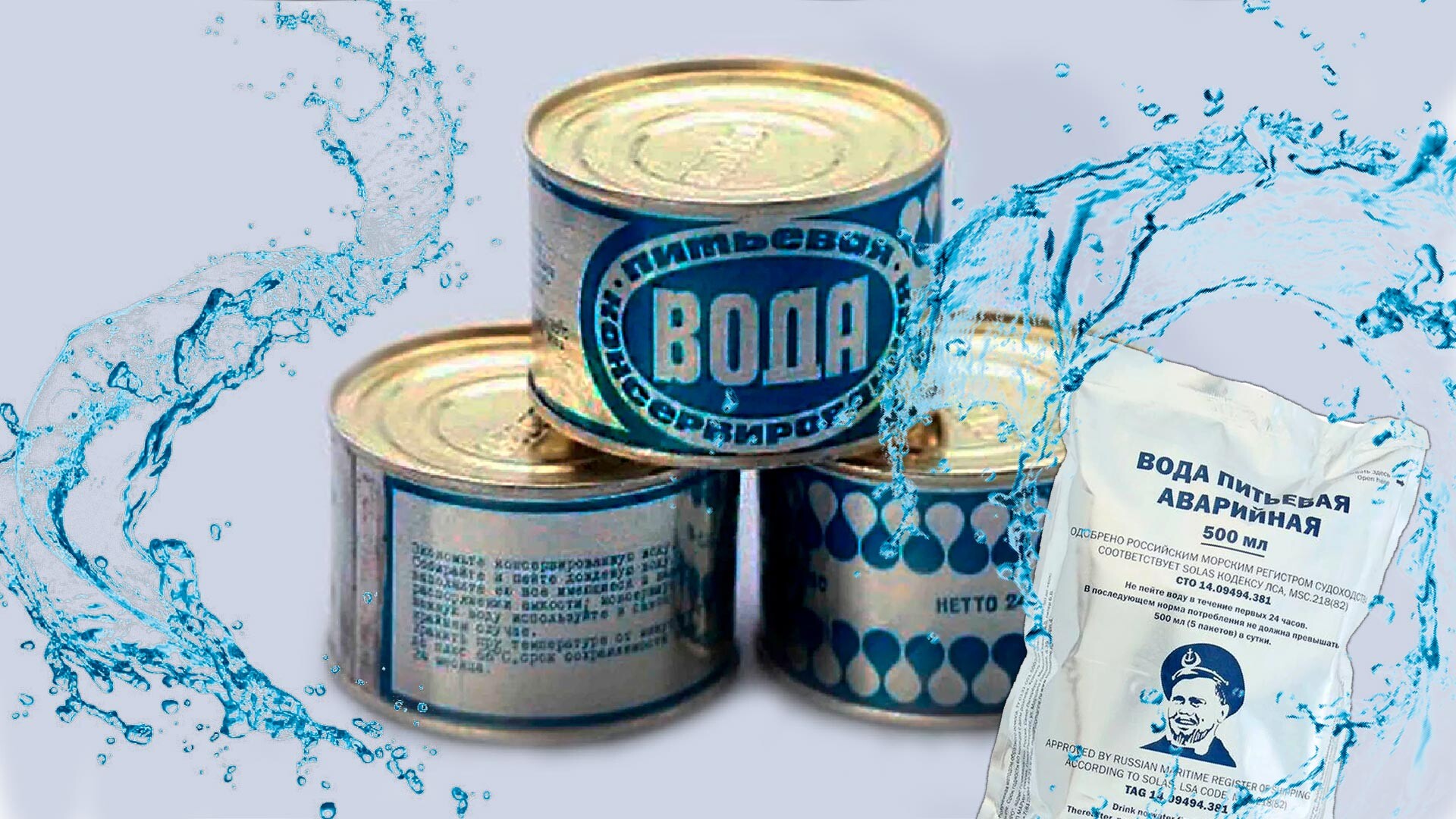 Russia Beyond (avito.ru, militarysale.ru)
There was no problem with drinking water in the Soviet Union, but there still was an apparent need for the unusual commodity of water in tin cans. 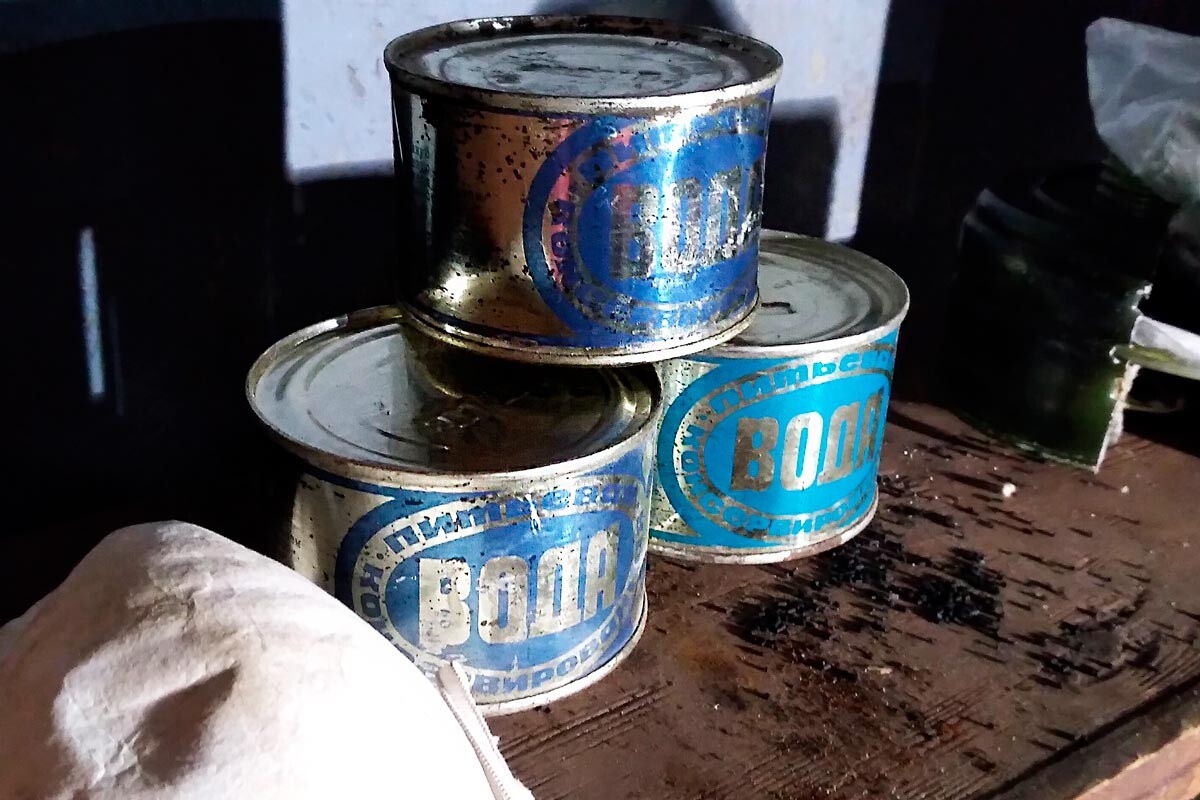 “Don’t drink it on the first day. Collect and drink rainwater, fill all your available containers with it. Use canned water for emergencies,” reads the inscription on the can. “To obtain water, make two punctures in the lid with a tin opener. The openers are in the container, in a supply bag.”

You wouldn’t find such water in average stores, it was intended for sailors and submarine crews. There is always a reserve of drinking water on vessels, enough for a set number of days, but such cans were intended strictly for emergency situations (for example, in case of a shipwreck) and were considered an untouchable reserve.

The canned water was usually previously boiled, then cooled (some sources claim it was spring water), then mixed with ascorbic acid. It was packed in cans of 240 or 250 ml (1 cup). The daily ration consisted of 1/2 a liter per person. It was stored for two years.

The necessity for canning emergency water is easily explainable: water in plastic is prone to damage from ultraviolet rays; the bottles also crumple and are easily damaged. Glass, on the other hand, is heavy and needs a lot of space. Cans, meanwhile, are airtight and compact.

There’s no precise information on when such cans entered production, but state regulations regarding them first appeared in 1962, before being updated in 1980. Canned water was produced all the way until the early 1990s. And Russia wasn’t alone in this: the U.S. sailors also had their stores. 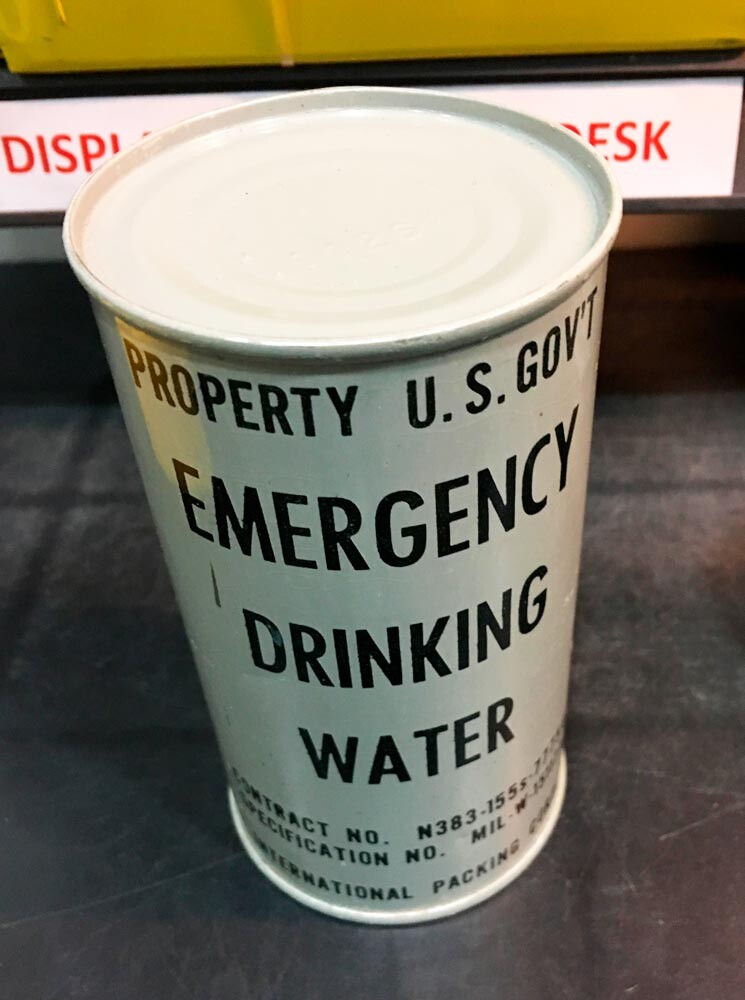 Today you can no longer drink Soviet canned water, however, Russians who tasted it during their military service share their impressions online.

"I tried one of those cans from an emergency kit. The kit also included " A diary of a shipwrecker" and a chemical pencil," wrote one user, when asked about the purpose of the water.

"I also tried it when repairing a bomb shelter at work, found a box of 20 cans there, but the taste was certainly [very particular to] canned water," another one wrote.

"When I served [in the army], I had a chance to drink such water. It looked like distilled water, had absolutely no taste, but it did the job," another user shared. 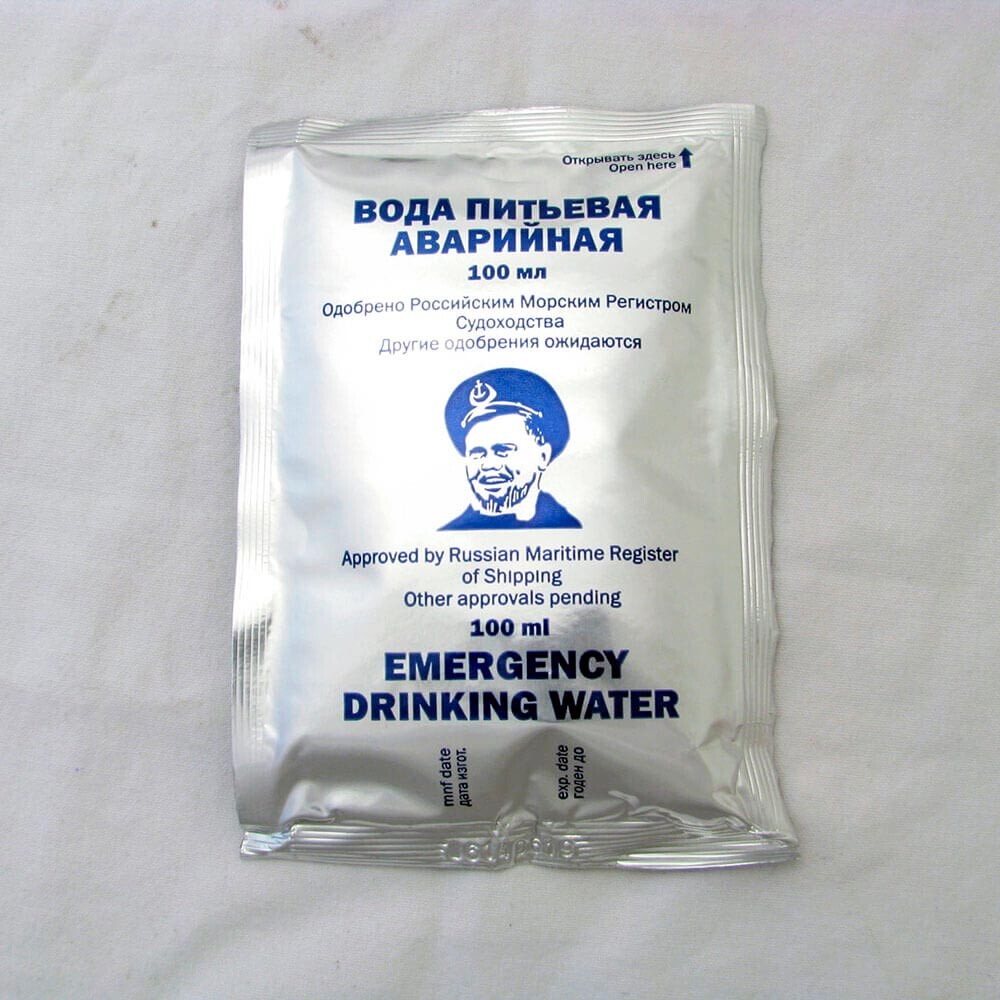 These days, sailors and submariners also have a supply of emergency drinking water, but it’s no longer canned. Today, it’s produced in laminated foil bags, which are much lighter. A single pack contains 100 milliliters of water. The package can be stored at temperatures from -35 C to +65 C for 5 years. The daily rate has remained the same - ½ liters (5 packs) per person a day, and it’s also not recommended to drink this water at first opportunity.

Emergency water is also sold in online stores: it is usually bought by hikers and costs about twice as much as regular bottled water.