New app by Natalia Vodianova: 'Love' is better than 'Like'

Science & Tech
Svetlana Arkhangelskaya
Russian supermodel and philanthropist, Natalia Vodianova, is now also a startup co-founder and creator of a micro-charity app aimed at the millennials -- people aged 15-35 who cannot imagine life without their smartphones. The app hopes to “add meaning” to their online existence. 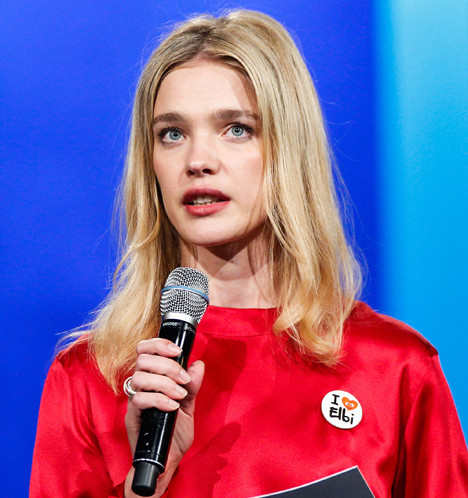 Elbi is an app that makes possible micro donations of £1 or $1 to charitable organizations all over the world, including Save the Children, Walkabout Foundation, Blue Skye Thinking and dozens of others. In addition, users can get involved with artistic projects to raise awareness for various causes.

“Elbi is a platform that brings the power of the social and digital worlds to charities and connects them with people around the world,’’ Elbi co-founder Natalia Vodianova told RBTH. “With Elbi your small actions can make a big difference.”

It took three years to develop Elbi, and the app is currently available only on AppStore in the U.S. and UK because developers believe these are the most charitable countries. In the coming months, however, the app will be available in Russia and elsewhere around the world.

A crocodile for a girl in Cape Town

Elbi users generate content themselves. They can draw letters for schoolchildren who are learning the alphabet in Uganda, send a few words of support to a child in a hospital in India, or invent a funny caption for sandwich packaging in Cambridge. 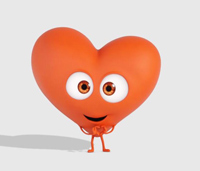 Micro-volunteering takes no more than three minutes, the Elbi homepage explains. Each day users are offered “three good deeds” to choose from.

“Thanks to Elbi, my drawing of a crocodile has made it to a girl in Cape Town called Yawa. It will help her to remember the fun time she had building croc-robots with the Children Helpers Worldwide fund.”

Can “Love” really change the world?

Drawings posted by Elbi can be tagged by pressing the Love button, similar to the Like button on social networks. Unlike the latter, which has more to do with massaging users’ vanity, the Love button on Elbi generates micro donations. The better the created content – whether a photograph, a drawing or a get-well message – the more Loves it gets in the form of more money raised for charity.

Elbi is also the name of a heart-shaped cartoon character that greets users and inspires them to do good deeds. It was created by Chris Meledandri’s team, which is known for the popular animated films, Minions, Ice Age, Despicable Me, and more.

Elbi’s other co-founder is Timon Afinsky, the head of Supernova. Ms Vodianova and Afinsky already collaborated in 2013 when they created the Donate a Smile app. For every selfie with a smile, 10 rubles was donated to the construction of children’s playgrounds in Russia. The project raised over 225,000 rubles. That one-off project showed that users are prepared to donate not only money but also their time to charity, thus inspiring the idea behind Elbi.

Charity for the smartphone generation

While an estimated 83 percent of millennials have a smartphone, the vast majority of charity organizations do not have an online strategy. Elbi provides charities with an easy-to-use digital tool, and also gives meaning to millennials’ online activity, said the app’s developers. The app was realized by a team of 12 developers in London headed by Eugenia Makhlin, who previously worked at Facebook, Google and AOL.

“Elbi is a true game-changer for charities and the causes they represent,’’ Makhlin told RBTH. ``We bring engaged, active audiences together in one place, enabling charities to find new supporters and drive engagement and donations through a range of easy-to-use tools.”

Elbi was launched in New York City on September 28 when Ms Vodianova introduced the new platform in the presence of Bill Clinton, Chelsea Clinton, Madeleine Albright, and other important guests. Elbi has been endorsed by many people including UK Minister for Internet Security, Joanna Shields, as well as Wikipedia founder Jimmy Wales, and co-founder of the Bebo social network, Michael Birch.