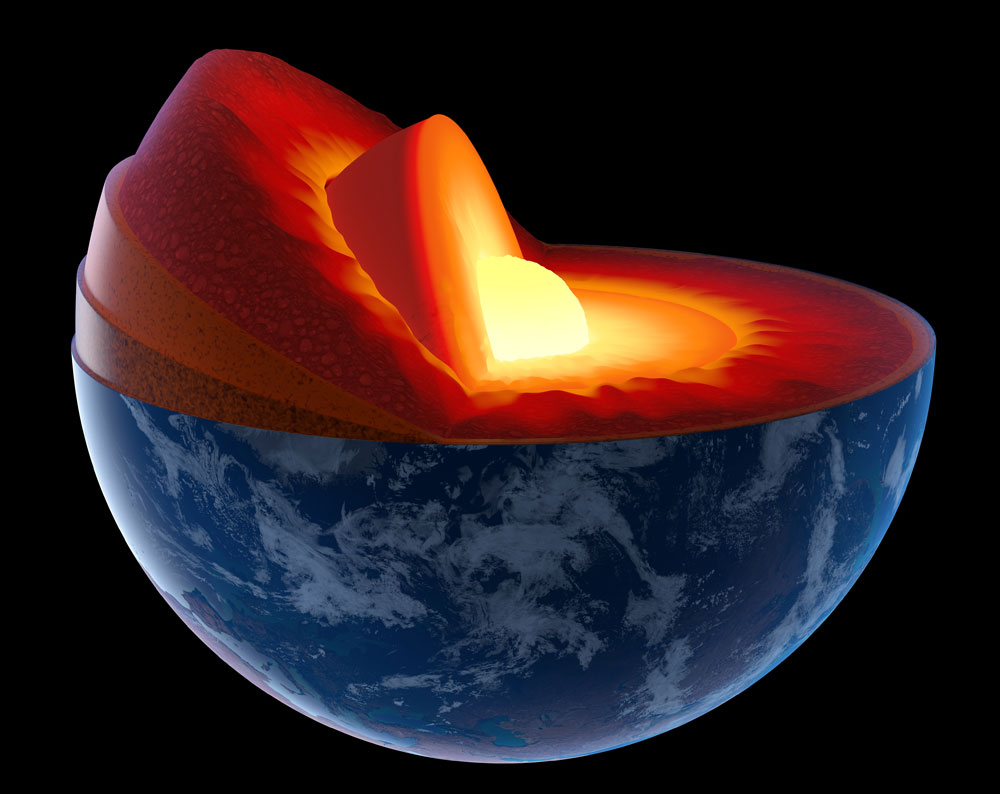 Scientists believe that the free oxygen rivers could either react with surrounding materials and oxidize them, or rise to upper layers inside the mantle.

Shutterstock / Legion-Media
Scientists have discovered a previously unknown layer inside Earth’s mantle, and it contains an enormous amount of liquid oxygen. But how did it form?

An international group of scientists have discovered a previously unknown layer in Earth’s mantle, and they estimate that it contains about eight to ten times more oxygen than Earth’s atmosphere.

“This discovery came as a big surprise to us and so far we don’t know what is happening to these ‘rivers of oxygen’ in the depths of our planet,” said Elena Bykova, a member of the group of scientists who made the discovery.

Scientists believe that the free oxygen rivers could either react with surrounding materials and oxidize them, or rise to upper layers inside the mantle. The discovery of this accumulation of free oxygen inside the mantle came when scientists were studying the reactions of various types of iron oxide, one of the main components of deep-seated rocks.

So how does the mantle happen to have so much free oxygen? “As we all know, free oxygen in the atmosphere is produced by the photosynthesis of plants,'' said Innokenty Kantor, senior researcher at the physics department of the Technical University of Denmark. "Before the rapid development of photosynthetic bacteria billions years ago, surface conditions on Earth were changing, and ocean water was full of dissolved iron compounds. As soon as free oxygen was released at that time, it immediately reacted with reduced iron, producing iron oxide sediments, in other words, rust, at the bottom of oceans.” 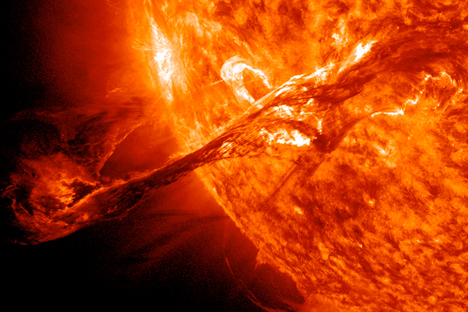 A Siberian solar institute hopes to unlock the sun's mysteries

According to Dr. Kantor, an enormous amount of such deposits formed after the so-called Great Oxygen Event about 2.4 billion years ago, when oxygen appeared in the atmosphere. Such deposits were several hundred meters thick and hundreds of miles long. These deposits then slowly sank into the mantle, but hundreds of millions of years later some parts were pushed to the surface and exposed, such as the Kursk Magnetic Anomaly, the largest iron ore basin in the world. But most remained trapped in Earth's deep interior.

Today, scientists can reproduce extremely high pressure and temperature in a lab using small presses with miniature anvils made of diamonds and high-powered lasers.

“Iron oxide, Fe2O3, partially decomposes under conditions of the lower mantle, and releases an enormous amount of oxygen (many times the atmospheric content), which should be liquid at the corresponding conditions,” Dr. Kantor said.

These highly oxidizing fluids that infiltrate the mantle could affect many geo-chemical processes, although their exact role is yet to be understood. According to Mr. Kantor, some of the minor anomalies of seismic wave propagations at the depth of 1,500-2,000 kilometers could also be related to the formation of liquid oxygen lakes in the deep mantle. 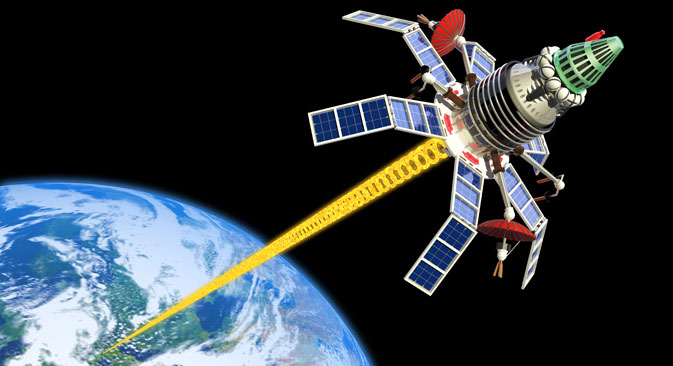