Russian ‘Architecture at the End of the Earth’ draws American audience 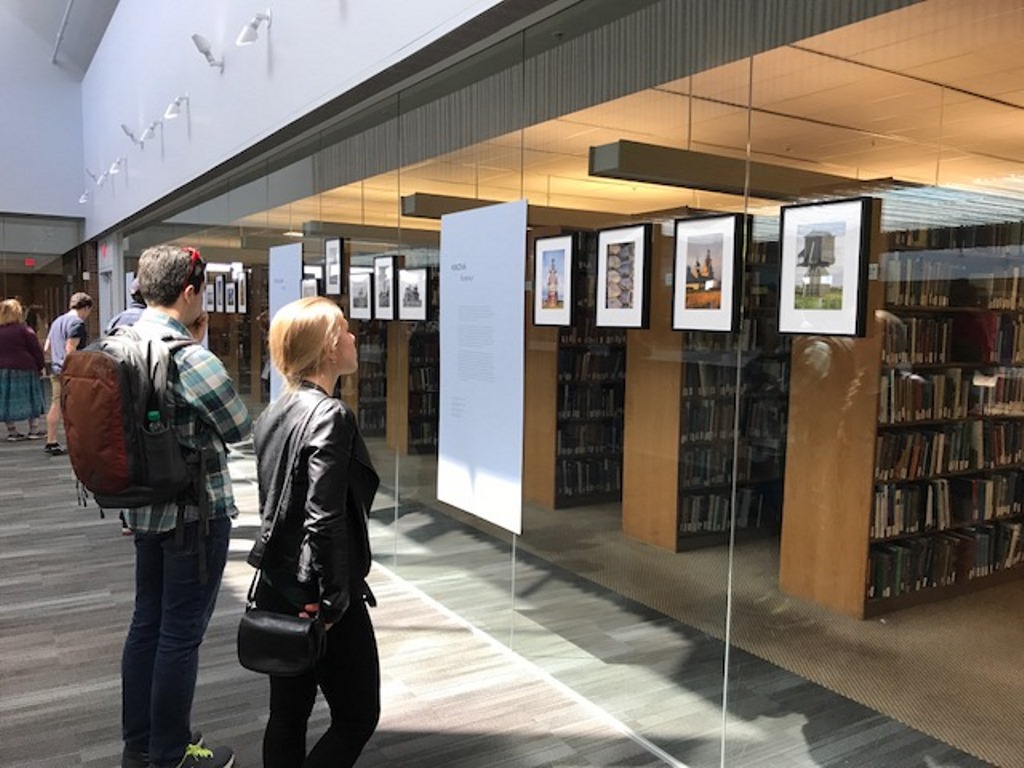 The exhibition 'Architecture at the End of the Earth: William Craft Brumfield's Photographs of the Russian North' at the University of Washington.

The lecture was followed by a discussion devoted to the significance of Brumfield’s photographic documentation for the study of medieval and Baroque art. The participants included Christopher Campbell, chair at UW Department of Urban Design and Planning; Elena Campbell, UW Associate Professor of History; Ivan Drpić, UW associate professor of Art History; and Ellen Hurst, independent scholar in European architectural history. They discussed traditional Russian architecture and art, problems of its conservation and adaptation within changing environments, and its role in the historical and cultural landscape of the Russian North. 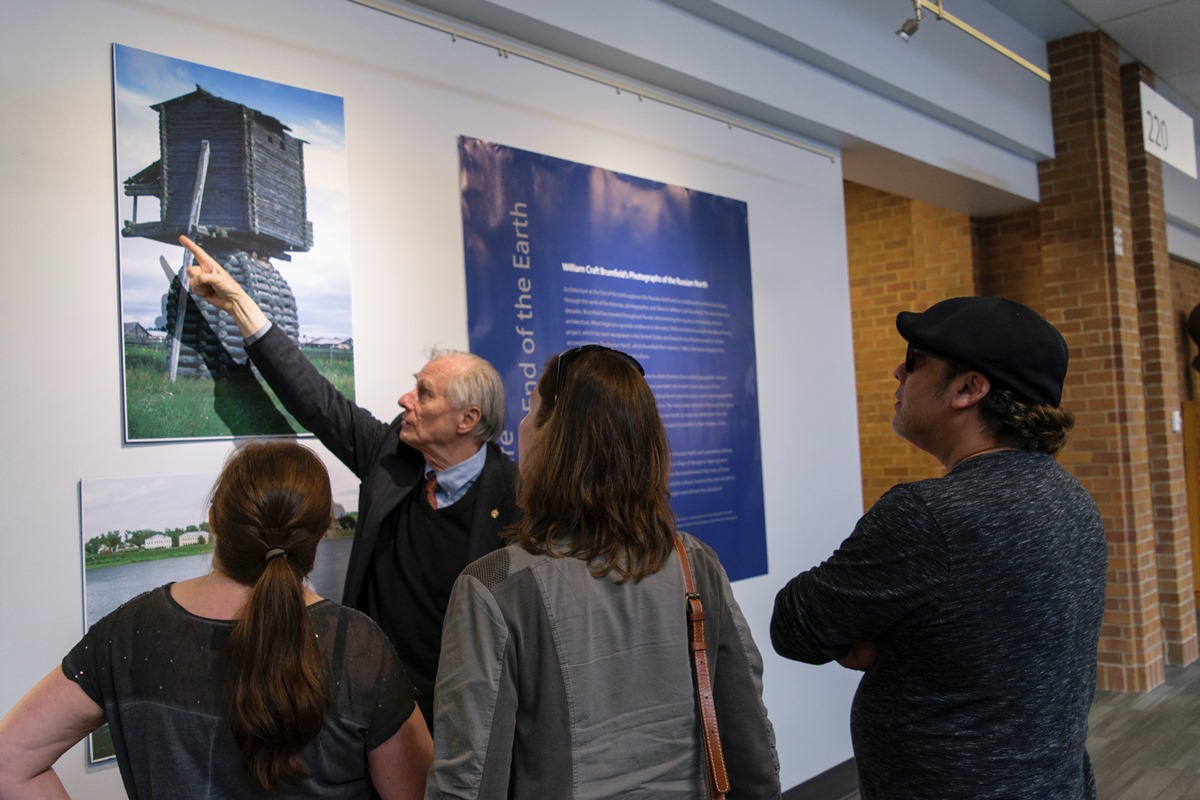 Before the symposium the public had an opportunity to enjoy an exhibition of Brumfield’s photographs of the Russian North at the Odegaard Library. Featuring images that span almost two decades, as well as graphics and audiovisual components, the exhibition also chronicles Brumfield's travels through northern Russia, and traces his encounters with communities striving to preserve their own identity. The exhibit of Brumfield’s photographs was produced by the Wolk Gallery, MIT School of Architecture and Planning, curated by Ulrike Heine in collaboration with the photographer and with contributions by Christianna Bonin. It’s on display at the Odegaard Library from April 1 until May 16, 2017. 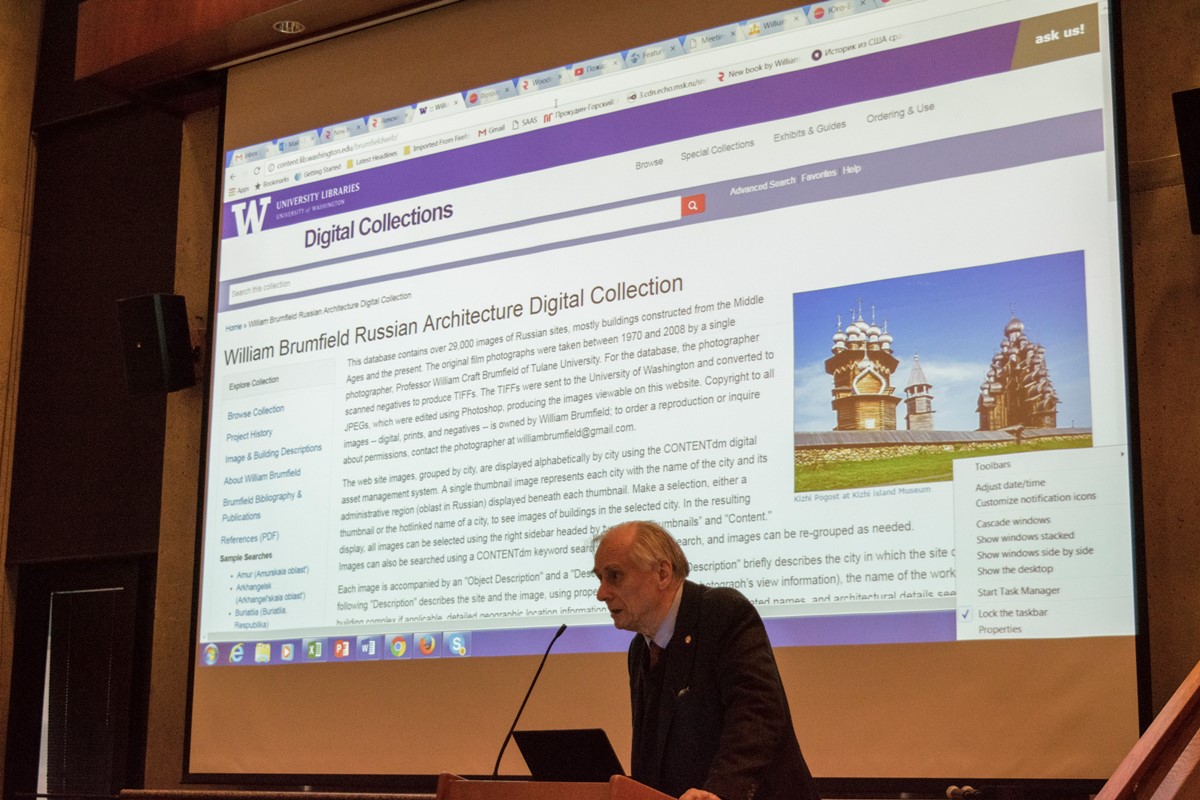 The lecture by William Brumfield was devoted to Russian architecture. / Photo: Philip Lyon

The symposium also celebrated the completion of a major documentary project involving Brumfield’s photography. Over the past decade the University of Washington Library has collaborated with Professor Brumfield in producing a freely accessible database of some 30,000 of his Russian architectural images. With the support of a major grant from the National Endowment for the Humanities, the William Brumfield Russian Architecture Digital Collection of is now available to the public. 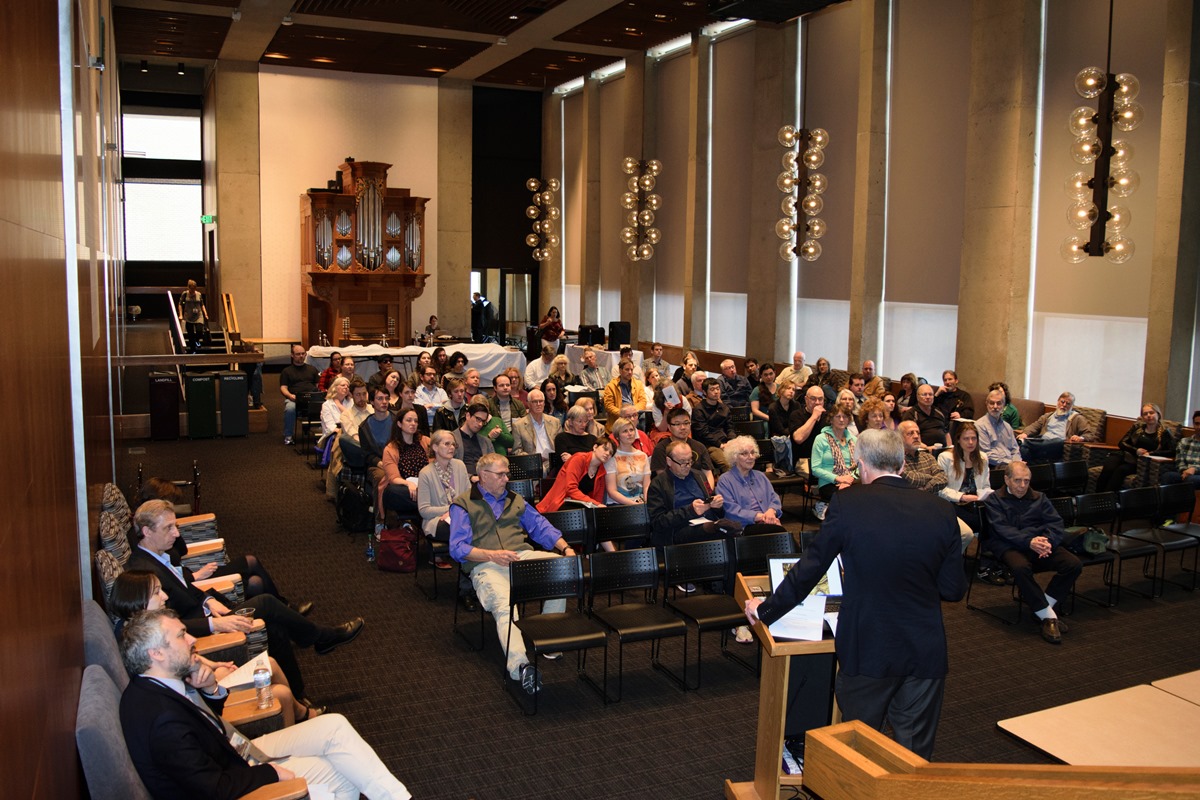 As Michael Biggins noted: “We wanted to celebrate that accomplishment with a public event that would take the exhibit as its point of departure, add a public lecture by Professor Brumfield, and bring in several of UW’s own scholars to provide commentary on the importance of Brumfield’s work from the perspective of their disciplines.”

The symposium event also included Russian sacral music performed by the choir of Seattle’s St. Nicholas Russian Orthodox Cathedral under the direction of Gregory Kotar. “It was gratifying to see so many people come out for the event,” Biggins added.