Kids on skates: How Russia's hockey stars learned their craft 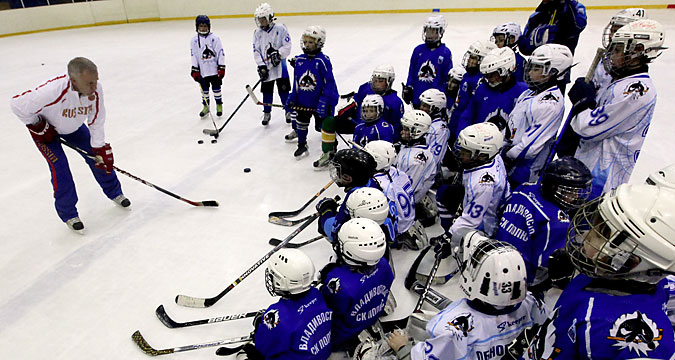 Slava Fetisov, who played the sport from 1976–98 for the U.S.S.R, America and then Russia, trains young hockey players in Russia.

Vitaly Ankov / RIA Novosti
Following the collapse of the Soviet Union, the ice hockey cult crumbled. The losing slump ended in 2008. The national team won the World Championships and the Kontinental Hockey League (KHL) was established. As a result, interest in the sport was reborn and the number of parents who wished to have their children follow the footsteps of Malkin, Ovechkin, Datsyuk or Bobrovsky grew.

In Soviet times, ice hockey was incredibly popular. From their first gold medal in the 1954 World Championships to the beginning of the 1990s, the U.S.S.R. national team never seemed to step down from the podium. Moreover, the hockey rink was a place of confrontation between two worlds: the Soviet versus the West. During the decisive matches of world competitions, the entire country stood still in front of the television.

Following the collapse of the Soviet Union, the ice hockey cult also crumbled. From 1993 to 2008, the Russians could not win a single world tournament. Due to difficult financial situations, the country’s hockey schools eked out a miserable existence or closed down. 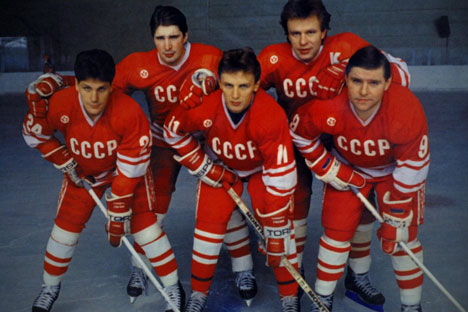 The losing slump ended in 2008. The national team won the World Championships and the Kontinental Hockey League (KHL) was established with a quality marketing resource in the form of powerful TV advertising. As a result, interest in the sport was reborn and the number of parents who wished to have their children follow the footsteps of Malkin, Ovechkin, Datsyuk or Bobrovsky grew.

In Moscow alone, the 30 or so hockey leagues are not enough to satisfy all the interested children. The same situation exists in Nizhny Novgorod, St. Petersburg and a series of other large Russian cities. The conditions in these schools are obviously different from the 1990s, when today’s NHL stars were taking their first steps.

Malkin: At work in the rink instead of the factory

“Now kids are equipped with everything, while back then we had to mend the uniform 10 times,” Vladimir says. “That’s how many times my wife had to do it! ...And then it would rip again. The socks, the gloves also – his hands were cut up. Nothing has remained from all that equipment. No one knew that he’d play so well.”

Malkin was born in the southern Ural metallurgic town of Magnitogorsk, where ice hockey was the only way to use on’es strength, besides in the factory. The future NHL star was already skating at the age of 3 (in 1989). At age 6, Malkin made it to a group league, the youngest player by one or two years.

When he was 13, Malkin began receiving a stipend from the Metallurg Youth Ice Hockey School. This money greatly helped the family, says his father.

Ovechkin: training with a fever 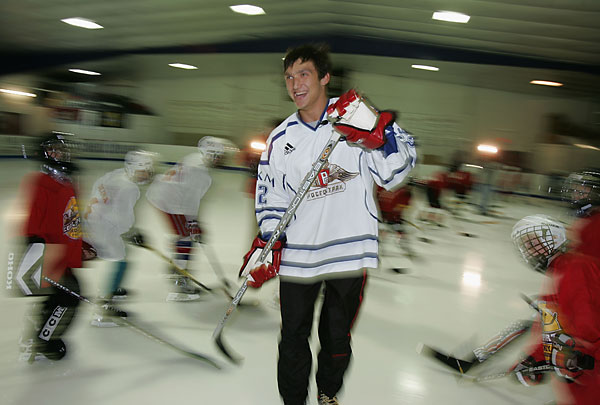 “He was very diligent as a child,” says Ovechkin’s first coach, Ramil Valiullin, who worked with him between 1994 and 1998. “Even when he had a fever he would want to go to the hockey club, a real devotee. His mother would call me and ask me to talk him out of it. Only when I called he would calm down.”

Valiullin remembers Malkin’s zeal for the game on one day in particular. “Once, in a friendly match, Alexander shot the puck so hard, that when it hit the crossbar it broke in half. I still have those two halves,” Valiullin says. “The school had very little money back then. The parents paid for the equipment and the travels.”

In 1999, Ovechkin was invited to train at the school of his favorite club – Moscow Dynamo, which had been one of the best Soviet teams. At the age of 12, Ovechkin beat Pavel Bure’s record, scoring 59 goals in the Moscow Championships. Three years later, he was playing professional hockey in Russia, and in 2004 he was the first overall selection in the NHL Entry Draft.

Hockey
Create your own infographics

“We put kids on skates at a very young age. Much earlier than in the U.S. and Canada,” says U.S.S.R. hockey champion Sergei Gimaev. “There are advantages and disadvantages to this. On one hand early development may influence game thinking, on the other skating may become a burden and be detrimental for the health.” 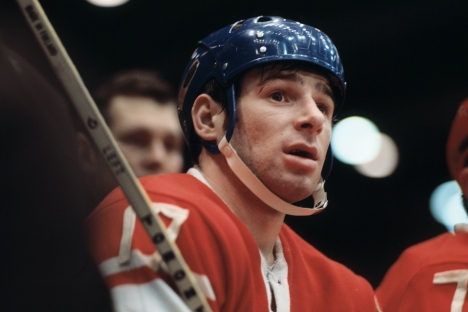 Dmitri Efimov, director of the Russian Ice Hockey Youth League, describes Russian schools as creative.“Young kids were always allowed to improvise on the ice,” Efimov says. “In the 1972 and 1974 U.S.S.R.-Canada Super Series, we surprised our opponents with the fact that we were difficult to ‘read,’ our actions couldn’t be anticipated. After this series the North Americans began using our techniques.”

Working for an idea

In the 1990s, despite the financial crisis and the loss of financing for sports schools, Russia continued developing hockey talent. Sergei Gimaev believes the system survived thanks to the old-time coaches and the popularity of the sport.

“I was a director of a hockey school in the ‘90s and know that even when a coach didn’t receive a salary or received it with great delay, they still did not abandon the profession,” Gimaev says. Today young coaches are rare due to the low salaries offered at the schools.

“Currently, there are many kids who want to play hockey. This is great but at the same time it’s a problem,” says Efimov. “During the Soviet days there was a strong foundation of coaches, which supported everything. But that generation of coaches is gone and the generation of their students is also gradually disappearing. We don’t know what’s going to happen in the future.” 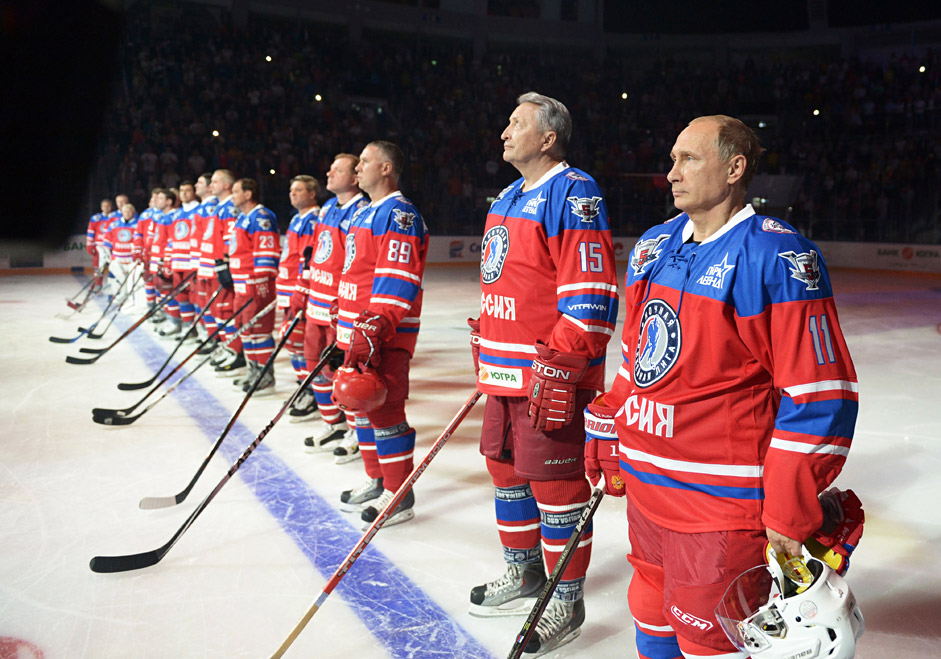 Putin before the hockey match

Russia’s hockey tradition may vanish without support from the government, says Efimov.“In Russia there is a painfully small number of youth teams (for players ages 17 to 21 – RBTH). Out of the 85 regions they exist only in 35,” Efimov says. “In the U.S. there are 614 youth teams, in Canada – 552. Without a federal hockey development program our victories may come to an end.”