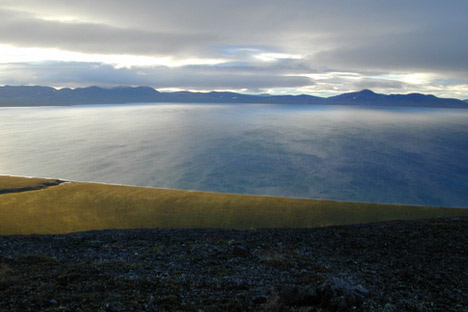 Elgygytyn Lake. Despite its extreme northern location, the lake has never been covered in glaciers — suggesting the presence of some unknown, primordial, life traces in its waters. Source: Petr Tikhomirov / Panoramio

Deep-water dives in the icy, Siberian depths of Yakutia’s Lake Labynkyr have sparked “Loch Ness Fever” in every watery corner of Russia. RBTH looks at expeditions and legends that surround some of Russia’s strangest waters.

The dive made by Dmitry Schiller’s team into the icy waters of Lake Labynkyr on February 1, 2013 could qualify for the Guinness World Records. The team members dived to the bottom of the polar lake at the coldest time of year, in Russia’s coldest region.

The dive has already prompted a blaze of publicity in the Russian media, not to mention the repercussions it has borne. Rumors abound that parts of the skeleton and jaws of a huge animal were found on the lakebed, with the help of camera technology.

The members of the Russian Geographical Society team have since denied this claim, but “Nessie Fever” was unstoppable. Both scientific and pseudo-scientific exploration teams have set off in pursuit of a Russian Loch Ness Monster all over the country.

Fans of paranormal events from RBTH’s editorial team have tracked the movements of different expeditions and compiled a list of Russia’s more obscure lakes that might yet earn the title of “The Second Loch Ness.”

The dive made by Schiller’s team into the waters of Lake Labynkyr. Source: Russia Today 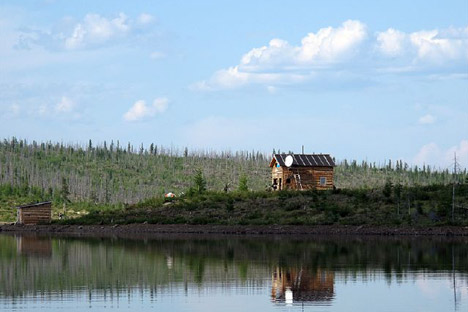 With its own “Valley Of Death” and flying saucers, Yakutia is a paradise for fans of the paranormal.

This was one reason why salt extracted from the lakes in hundreds of tons each year was considered the best in the land and delivered to the table of Russian Empress Catherine the Great.

This salt retains a pale pink color, along with the faint tang of raspberries. The color and aroma of salt in these waters are due to tiny crustaceans called “Artemia.” When they die and decompose, they give a unique fragrance to the salt water. These crustaceans are a favorite item in the diet of flamingos.

Yakutia has not just one alleged Loch Ness Monster, but two. According to witnesses, Lake Khaiyr, which is located above the Arctic Circle, is home to an unknown animal of monstrous proportions. The animal’s description corresponds closely to the Lake Labynkyr monster.

A member of a biological expedition team from the Yakutsk Division of the Russian Academy of Sciences, Nikolai Gladikh, left a written record.

After talking with locals, a team of researchers was able to gauge that the beast at the center of these stories is generally called the “Bull-Pike.” Despite the fact that the animal’s described appearance is cartoonish, it has not deterred scientific researchers from looking into the case.

Credence for the legend of these lake lizards is strengthened by the lake’s unusual depth: at 41 meters (134.5 feet) it is the deepest lake in the Tver Region. The decaying detritus on the lakebed, which causes bubbles of hydrogen sulphide to rise to the surface, also adds eerie believability to the story. From a distance, the bubbles give the impression of something moving in the middle of the lake. 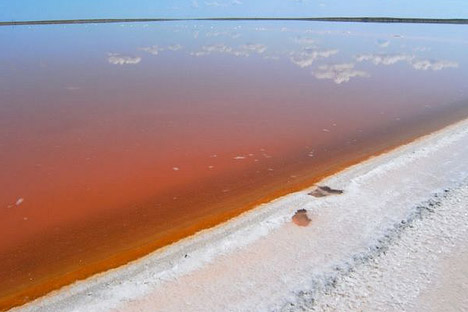 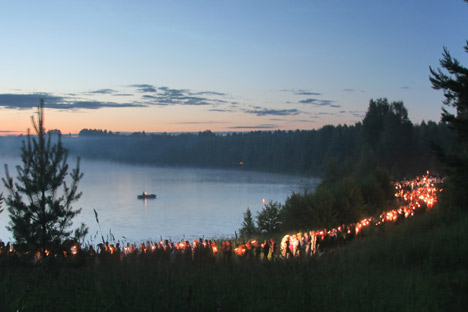