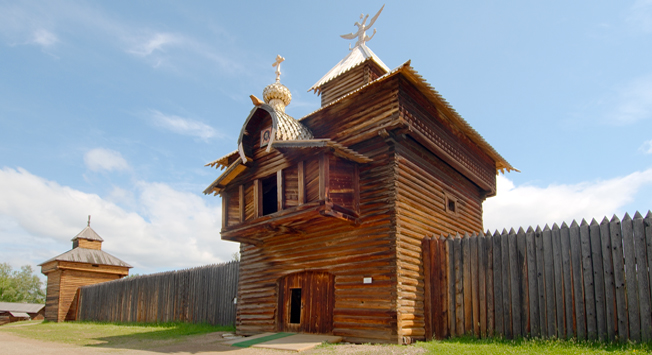 Lori/Legion-Media
The amazing creations of Russian architects offer more than just the famous Kizhi in Karelia. In the depths of the Siberian taiga, incredibly beautiful ethnic villages constructed of wood have survived, which have now been converted into national parks and museums. The combination of old wooden buildings, Siberian zest and fall colors is breathtakingly beautiful.

Creaky floorboards, patterned curtains and bread baking in large ovens are the amazing attributes of a way of life that has all but disappeared from villages in Russia. But in Siberia, far from the center and less urban than European Russia, it is still possible to find the remnants of antiquity. RBTH chose the most original Siberian open-air museums where it is possible to experience the atmosphere of another era before the extreme cold begins. 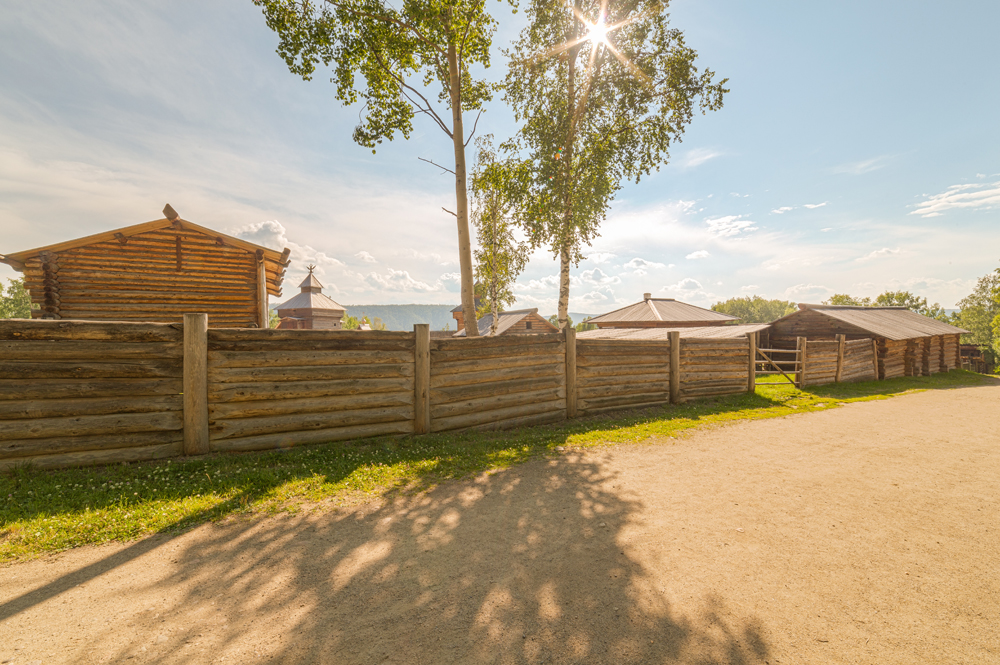 Angara (4202 km from Moscow) hosts the ethnographic open-air museum Taltsy. Behind a wooden fence is a diverse city with long winding streets, the smell of firewood, warm sheepskins and Siberian pastries.

In the past a big village of the same name was located here. But in the 1960s when construction on the Ust-Ilimskaya hydroelectric power station began, a large part of the village came under the threat of flooding, and it was decided that this unique village should be preserved, opening in 1980. One of the most interesting streets of the museum contains monuments of wooden architecture from the Baikal region from the 17th to early 20th centuries.

The exhibition features the reconstructed southern wall of a Cossack fortress, which includes the ancient Spasskaya drive-through Tower, originally built in 1667. It is one of just six surviving defensive towers in the world. Along with the Kazan Privratnaya church (1697) they form a kind of “Siberian Kizhi.” There are water mills, a small school, old farmsteads with barns, stockyards and winter baths all used to tell the tale of Siberian peasants who came to this area in the early 17th century. There are also exhibits on the traditions of the indigenous people of Siberia including the Tofalars, Evenks and Buryats

An ancient type of Evenk burial has been reconstructed here. In the air, the deceased was placed on crossed poles at a height of 2-3 meters and left with weapons, clothing, tobacco and everything one needs in the afterlife. The Evenks believe that even after death an individual engaged in his usual earthly activities.

There is a restaurant that serves cakes with cranberries, cranberries with sugar, the Baikal fish zalivnoe or suguday, a fish traditional to the indigenous people of the Russian north. Every year there are special celebrations here to mark Christmas, Trinity, Shrove Tuesday and Saggalgan (an indigenous new year celebration) with parades and enactments. 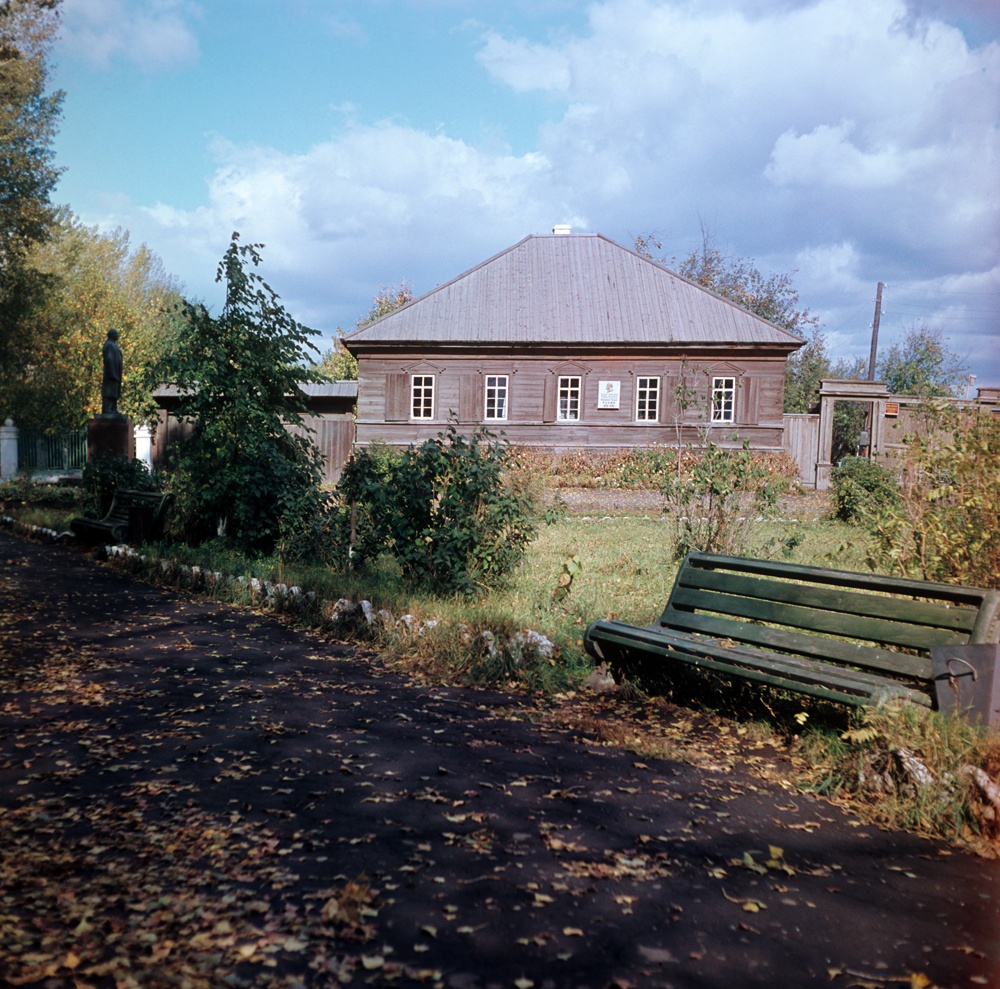 The ethnographic museum and estate Shushenskoye is located in an eponymous village in Krasnoyarsk Region (4358 km from Moscow) and acts as a portal to past historical epochs. Here a Siberian village from the end of the 19th century is preserved with a tavern, commercial arcades, a local court and the dwellings of both rich and poor.

For years this museum was exclusively dedicated to Lenin’s Siberian exile, as the Soviet founder lived here from 1897-1900. Today tourists come to Shushenskoye to explore Russian revolutionary history, as well as Siberian village life. There are two houses that show how the young Lenin served his exile. It was in the small house of a prosperous farmer that the USSR’s first leader wrote “The Development of Capitalism in Russia.” Together with Nadezhda Krupskaya and her mother, Lenin moved into the house of Petrov, which became a museum in the 1930s. Interestingly enough, Lenin and Krupskaya were married in the church of St. Peter and Paul, although it has not survived.

In Shushenskoye it is possible to stay in one of the houses of the new village at the hotel Pod Starinu. It features a sauna and its café serves porridge with baked pumpkin, herbal teas and blini. It is possible to learn woodcarving, weaving, painting and pottery here and even make your own souvenirs. Every year in July, The World of Siberia, an international music and crafts festival, takes place nearby featuring folk and vocal music ensembles from throughout Russia.

Ethnographic Museum of the Peoples of the Transbaikal Region 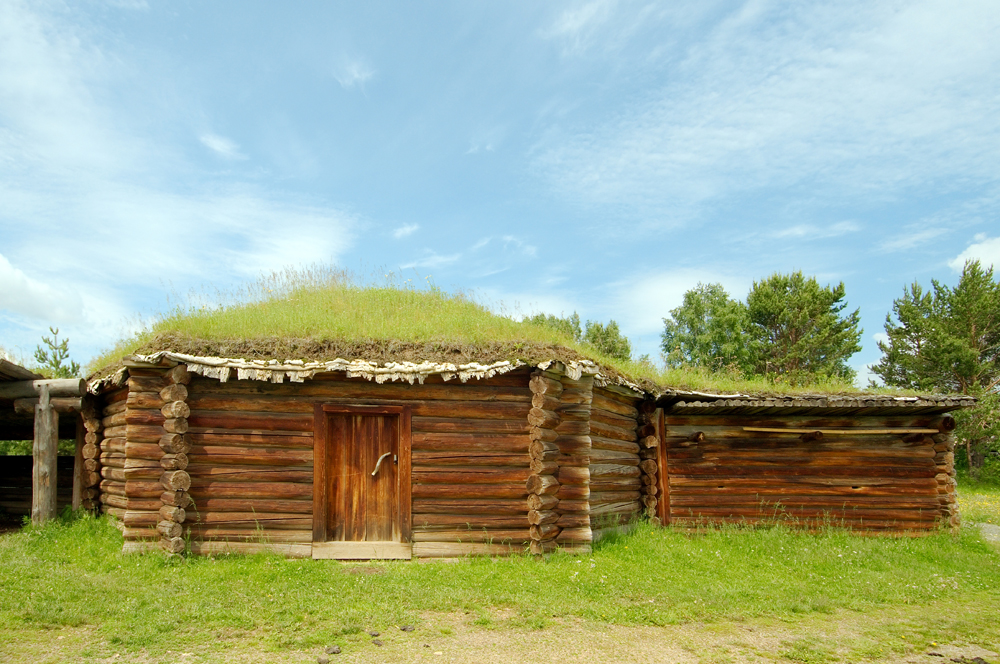 One of the largest open-air museums in Russia, here one can find yurts traditional to local indigenous peoples, Buddhist religious structures, barns that were designed for the overnight stays of exiles and the homes of Old Believers and peasants. Located in Ulan-Ude (4420 km from Moscow) this museum is particularly known for telling the tale of Old Believers. Historically, it was here that a special group of Old Believers known as “Semeyskie” lived, arriving in the mid-19th century. Old Believers are Orthodox purists who reject reforms made by the official church in the mid-17th century and keep up these old traditions even today. The museum shows a village street typical of Old Believers of the area with cottages, a chapel and a unique entrance gate.

In addition to demonstrating the religious and secular dwellings and costumes and way of life of the Buryat people, there is also an exhibit dedicated to the reindeer-herding Evenk people of the North, as well as another one devoted to the local Cossack regiment who helped Imperial Russia expand its borders east. There are also special temporary historical exhibits and celebrations of old Russian holidays.