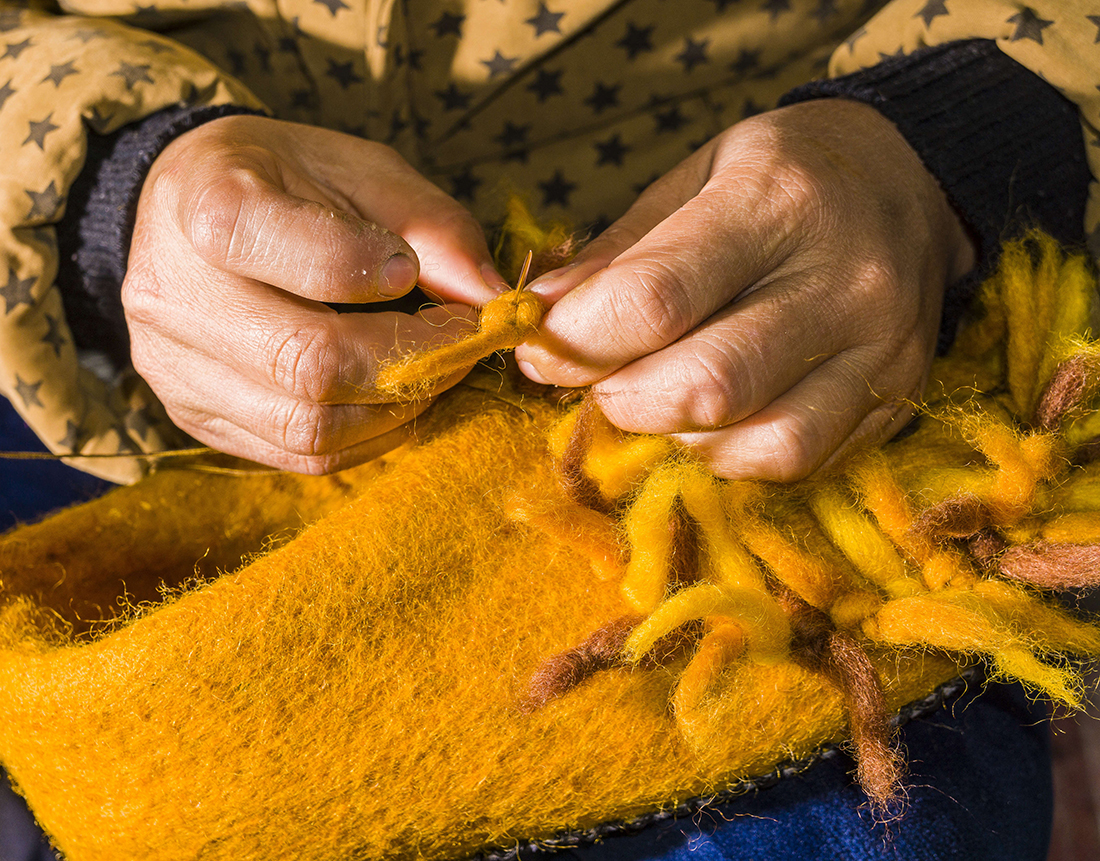 Getty Images
Why we need sweaty sheep to make felt and how to turn horsehair into socks.

The world is on its way to fully automated manufacturing, while these Tuvan nomads, just like their ancestors, create works of art by hand from natural materials using primitive tools.

Chonar-dash: “Stone you can cut” 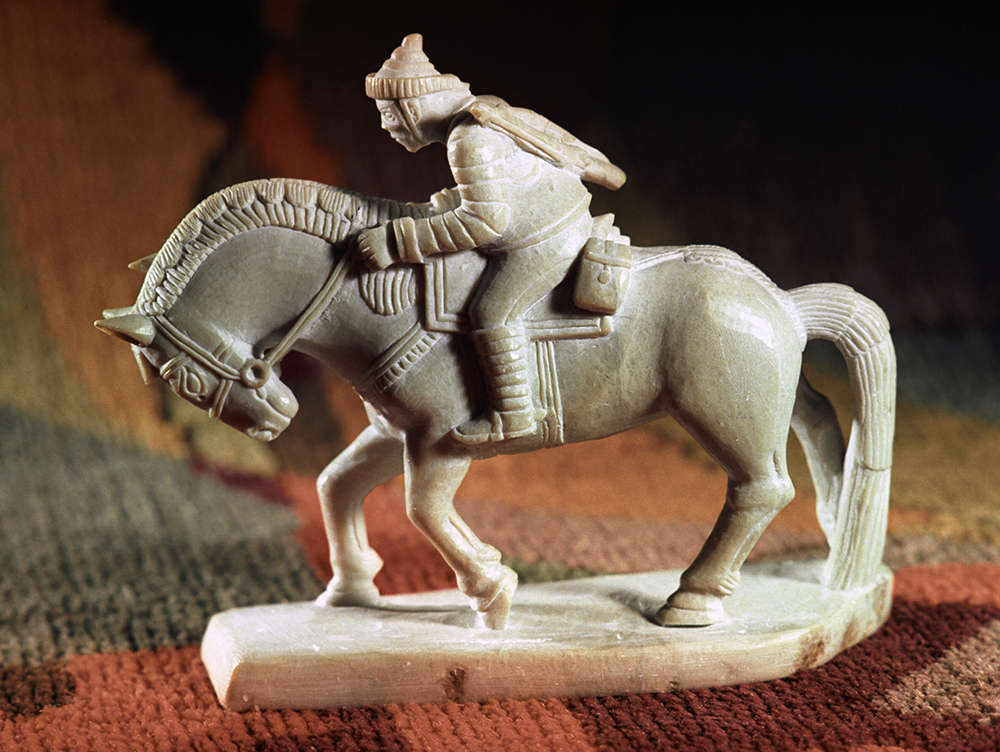 Tuva is the last place in Russia where masters pass on to their apprentices the tradition of carving chonar-dash – "soft stone," or agalmatolite; some 360 kilometers to the west from Kyzyl, Tuva's capital, lies a district called Bai-Taigin Kozhuun (kozhuun is the Tuvan equivalent of "district").

Here, on top of Saryg-Hai, the Yellow Rock, Tuvan stone carvers quarry agalmatolite with their hands, pickaxes and spades. Bai-Taigin Kozhuun is home to 40 members of the Union of Russian Artists; 27 of them live in the settlement of Kyzyl-Dag. It's easy for a traveler to find these craftsmen, as they all live on Kamnerezov Street ("the street of stone carvers"). 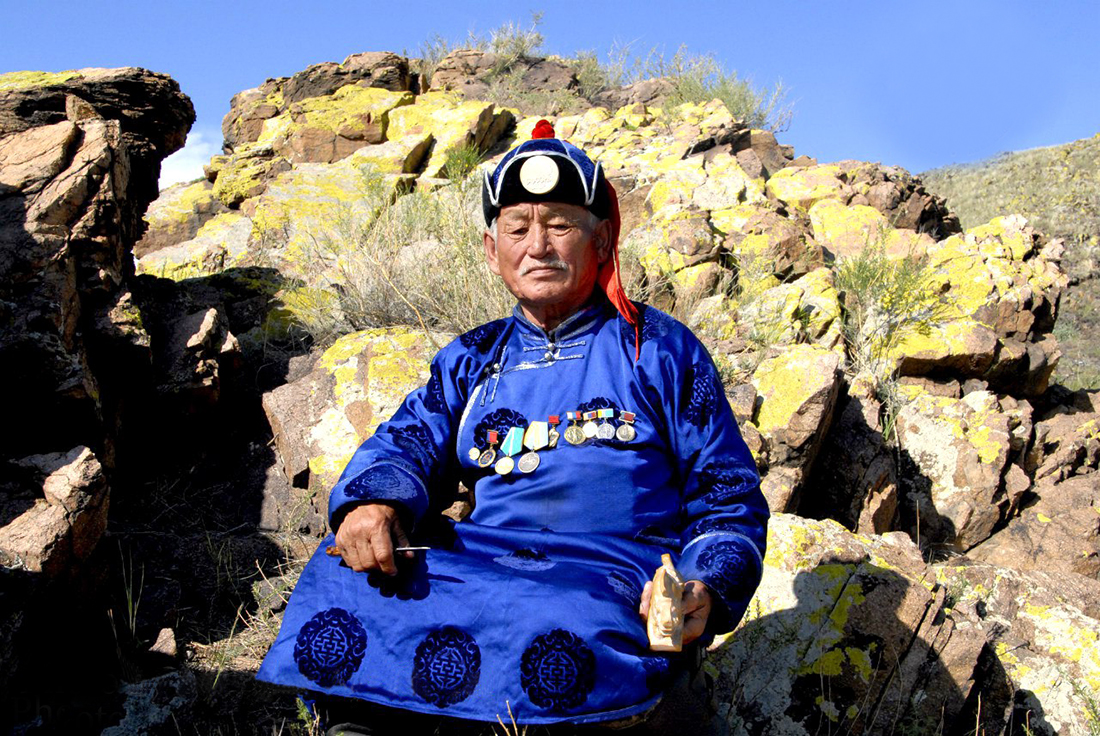 Tuvan chess sets made from chonar-dash are confusing for the inexperienced player. The king is a lama, and the bishops are camels. The queen is an arzylan, a malicious fairy-tale lion that never shows itself to people, and the pawns are Tuvan shepherd dogs. A set of agalmatolite figures along with their chessboard costs 30,000 rubles ($520).

A yurt covered with the right type of felt – thick material made from matted and pressed sheep’s wool – keeps you comfortable all year round. In winter, it retains heat in frosty weather. In summer, it keeps the air cool inside. Apart from being used in yurts, felt, which is made by hand at the height of summer, just as it was centuries ago, is also used for making clothes.

Although specialized machines were once brought to Tuva from China to accelerate felt production, the technology did not take root, and the supplier went bankrupt. The machine-made felt was like flour that didn’t yield a moldable dough. The felt items would disintegrate into fibers 3–5 years later, so the Tuvans returned to manual production, using their national secrets of wool processing. 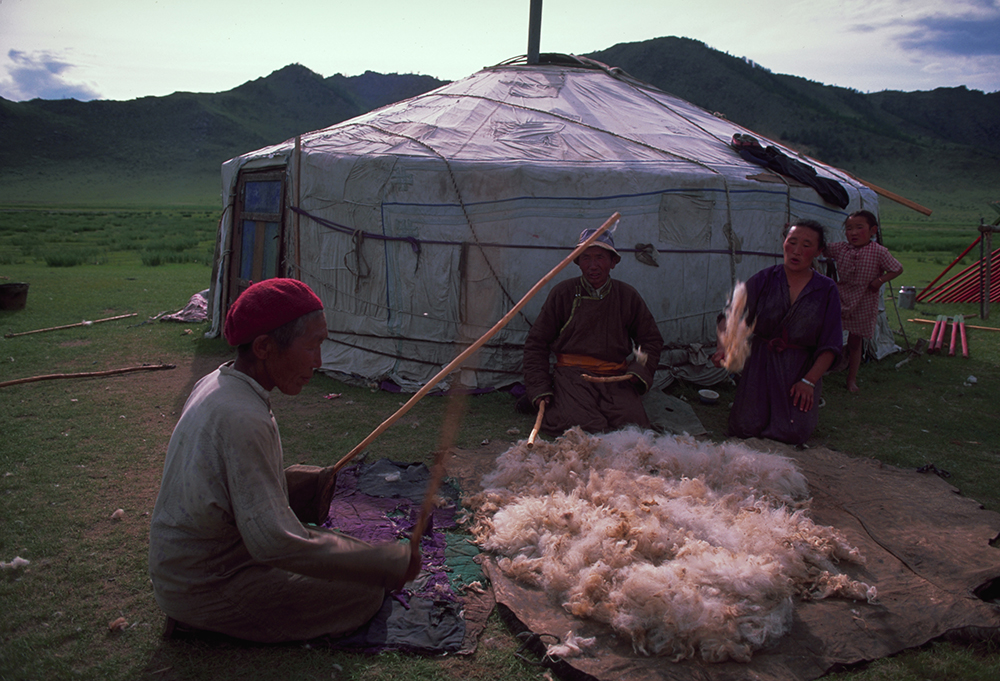 To produce handmade felt, you need a flock of sheep, blazing summer sun, a horse, a piece of canvas and two dozen strong men, each with a couple of sticks in his hands. Wool is shorn from the sheep starting with the most sweat-drenched areas.

The wool is heaped in a pile and beaten with sticks to clean it and fluff it up Then it is evenly spread out on a piece of canvas, dampened with warm water and the canvas is used to roll it into a roll. A wooden pole is placed in the center of each roll to press the wool. Then each roll is tied to the horse's saddle with ropes. And the horse runs around the steppe for an hour or two with a roll of future felt dragging behind it. The felt dries out in the hot bright sun, even in windless weather. 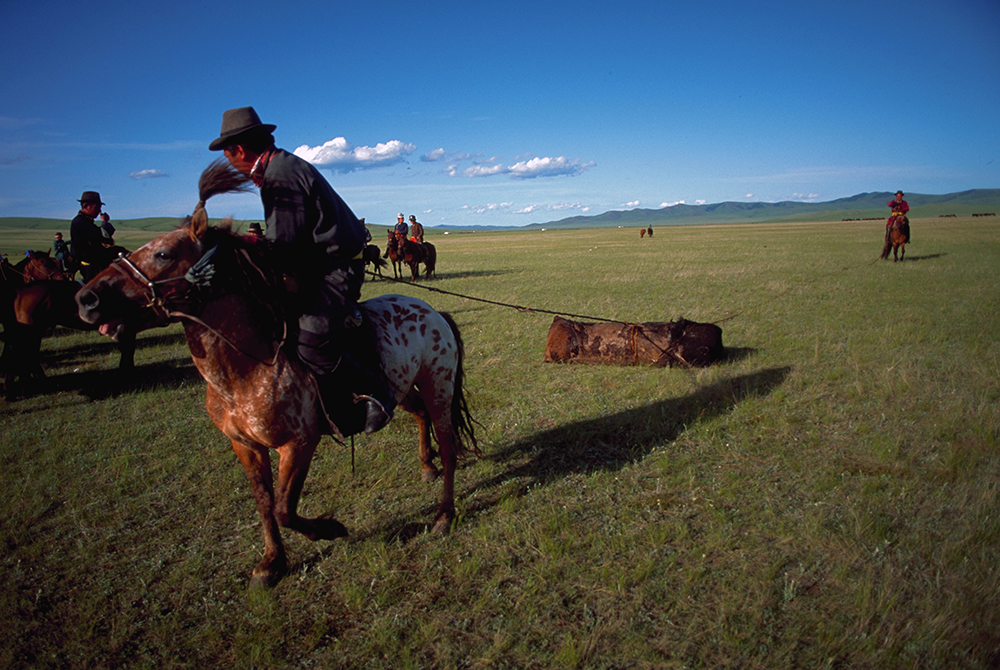 Sheep's sweat and grease act as natural conditioners, making the felt water- and wind-resistant. This detail is overlooked in industrial felt-making. This is why machine-made felt items last only 3–7 years, while handmade items can be used for 30–40 years. 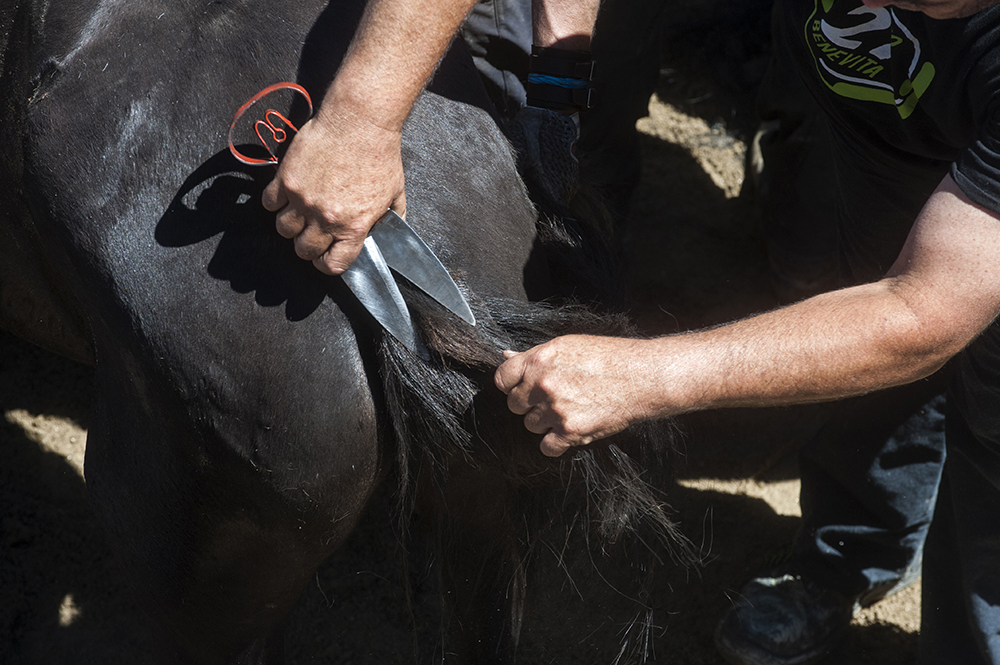 Up until the 1930s and 1940s, thread and fishing line were in short supply in Tuva, so people used horse hair instead. It served as the material for lassos and bridles, nets for hunting, belts and ropes for yurts, strings and fiddlesticks for musical instruments, and bowstrings. The Tuvans prized knitted stockings from horse hair. Such stockings are itchy, but they are warm and water-resistant. So people who had to work in the taiga in winter always took plenty of horsehair with them.

Hair was shorn off the horses in spring, from the mane and tail. The tail was never removed entirely, so that the horse could brush off flies during the hot summer. The mane was cut off completely. The only exception was the chel-ydyk, a strand of hair at the base of the horse's neck, which was considered to contain the horse's health.

Craftswomen who want to master the art of ch’ep ezheri – horse hair weaving – learn it from their elderly relatives. The tradition is also maintained by schoolteachers who organize folk art hobby clubs. Objects made from horsehair are displayed at festivals and at the ethnic festival of livestock breeders, “Naadym.”

Now that we have cotton thread, hemp rope and fishing line, horsehair weaving is a matter of the past. But certain Tuvan families maintain this tradition: All it takes is a herd of horses, knowledge of the technology and some basic skills.

Horsehair processing is similar to wool processing. It is sorted by color, cleaned, plucked and weaved into threads. It is time-consuming, but Tuvan hunters and harvesters still wear warm stockings when they work in the taiga, just like their ancestors did in pre-industrial times.