7 typical travel mistakes in Russia you can avoid

Travel
Anna Sorokina
Experienced tourists share their tips on what to expect during your trip to the Motherland.

So you have your visa and plane tickets, have read all the reviews about various Russian landmarks, and are ready to enjoy your vacation. But be warned! There are a few pitfalls that tourists can get caught up in. To help you avoid these obstacles, Russia Beyond is on hand to give you some tips.

1. Don’t take the first taxi at the airport 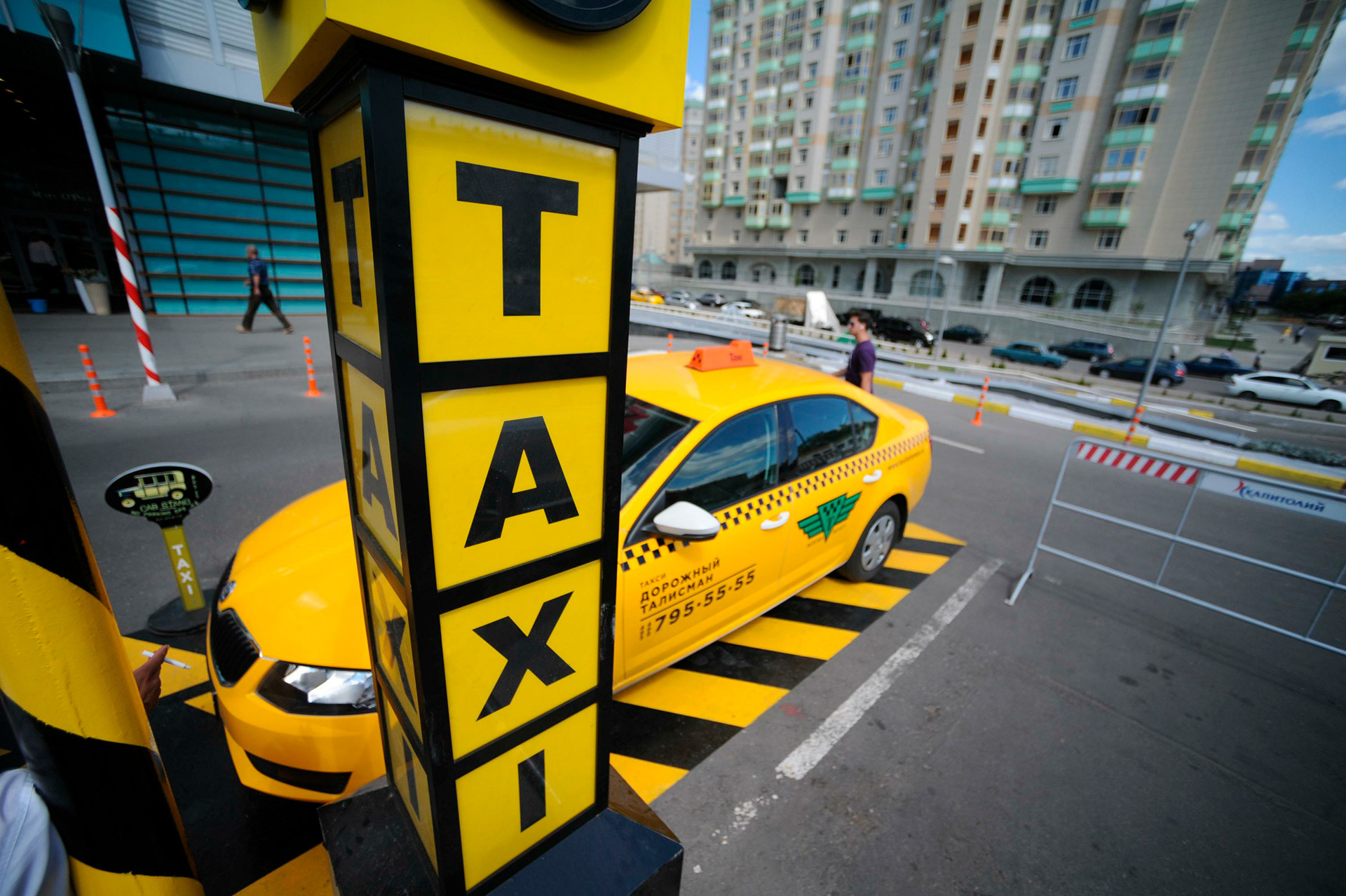 A taxi cab parking in Moscow.

“The biggest mistake is to take the first taxi when you arrive, I mean the drivers who are waiting at the exit of the airport,” said Helmar Wolf from Germany. “They charge about three times that of official taxis: 4,500 rubles ($75) from the airport to the train station in St. Petersburg!”

So, how does one avoid this? Well, there are always buses, and in both Moscow and St.Petersburg there is a special train from the airport to the city center. Also, apps like Uber and Yandex Taxi are far cheaper than hailing a cab.

2. Learning some Russian is a good idea 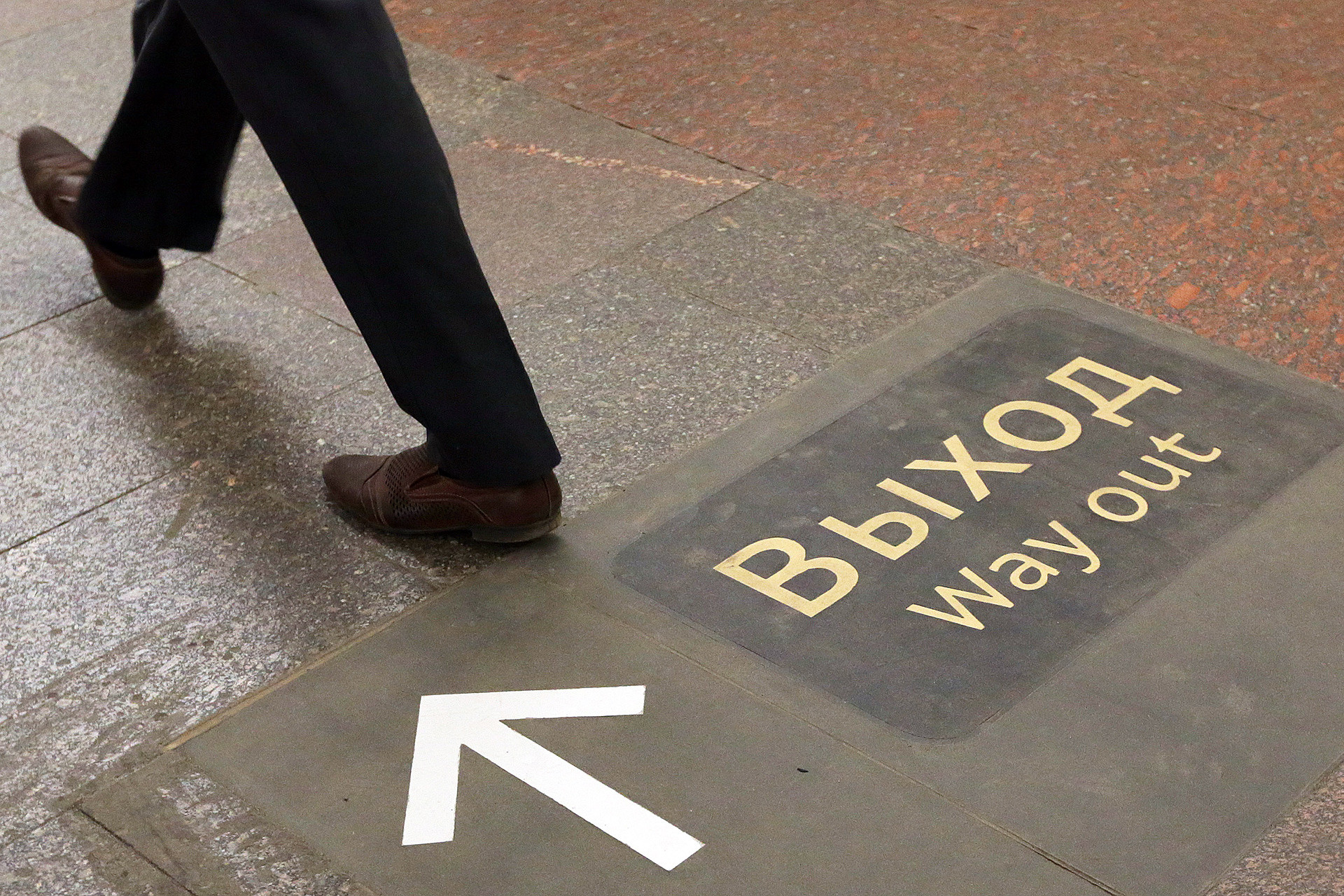 “Not knowing basic Russian words can cause problems for tourists when traveling, especially around Russia,” said Joshua Levy from the UK. “Outside Moscow, life is quite different and few people know English.”

Of course, in popular tourist places many Russians will speak English or other European languages - and Chinese. Even Moscow’s Metro has started announcing stations in English. But it’s always useful to know a few Russian words and phrases - they can go a long way and may even help if (“how do you find…, where is…, how much…, and so on). Here are 5 easy ways to learn some Russian.

3. Public transport can be tricky 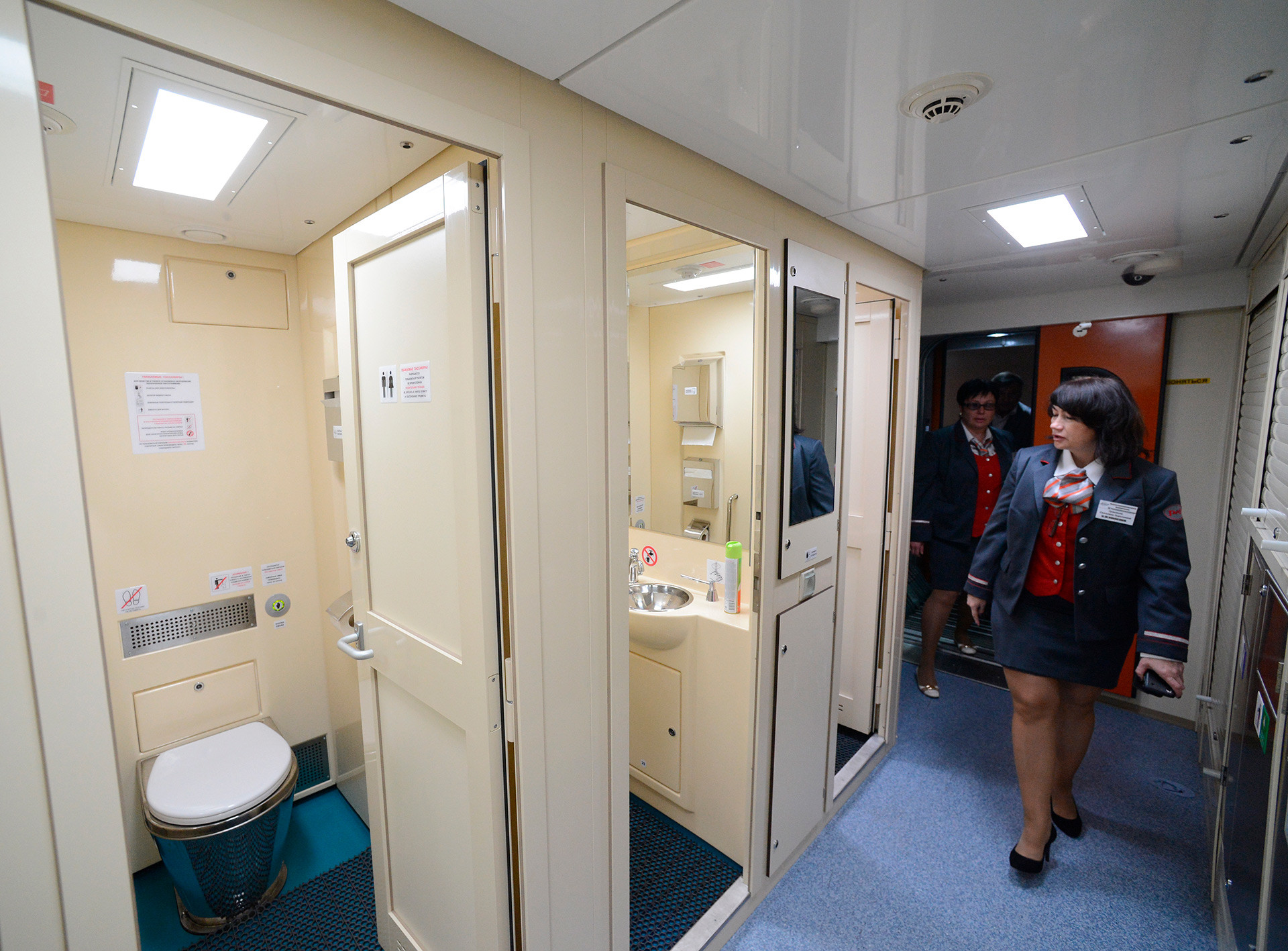 There are some unwritten rules for public transport in Russia. Like all over the world, you should offer your seat to an elderly or pregnant passenger if there’s no space. Russian men will also offer their seat to women because they can’t sit a woman stands - it’s in their DNA.

Another rule concerns train travel. Watch out for the “sanitary zone,” in which you can’t use toilets because some trains still use the old pedal and hole system. Sanitary zones are usually in effect when approaching and leaving big cities.

“My first experience with the night train was when I was traveling from Petrozavodsk to St. Petersburg,” said Helmar. “I needed to go to the toilet in the middle of the night. But the door was locked. So I asked the lady why, since nobody was in there. She said we were approaching a station and it would be locked for a while. I asked for how long. She said 40 minutes! I now know better.”

Luckily modern trains have bio-toilets, so there’s no such problem. 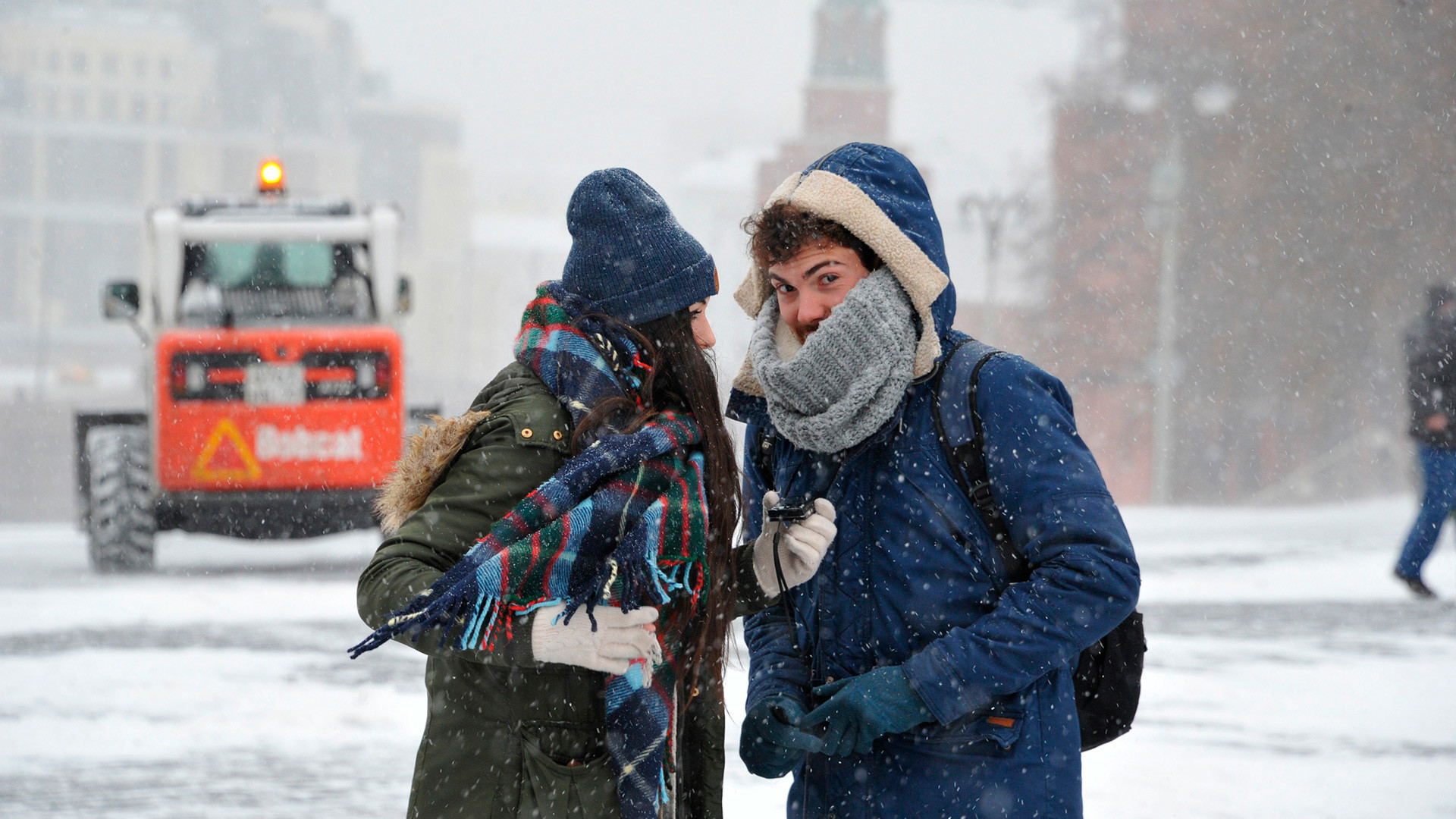 true, winter in Russia can be cold - but it’s not the land of permanent ice and frost everyone imagines. It can be tempting to pack an entire suitcase of warm clothes before arriving but in truth, you really only need a warm jacket and some good waterproof shoes - for the city at least. Of course, if you’re planning on venturing into the Siberian taiga you’ll need some special clothes. But in general, a hot cup of tea will bring you back to life after exploring a Russian city during the winter.

Peggy Lohse from Germany often travels across Russia. In her opinion, you should not take too many warm clothes with you. “Most clothes you can buy right here. I bought a winter jacket in Siberia. They promised it would be possible to only wear a T-shirt underneath during minus 30 degrees Celsius - and it’s true!” 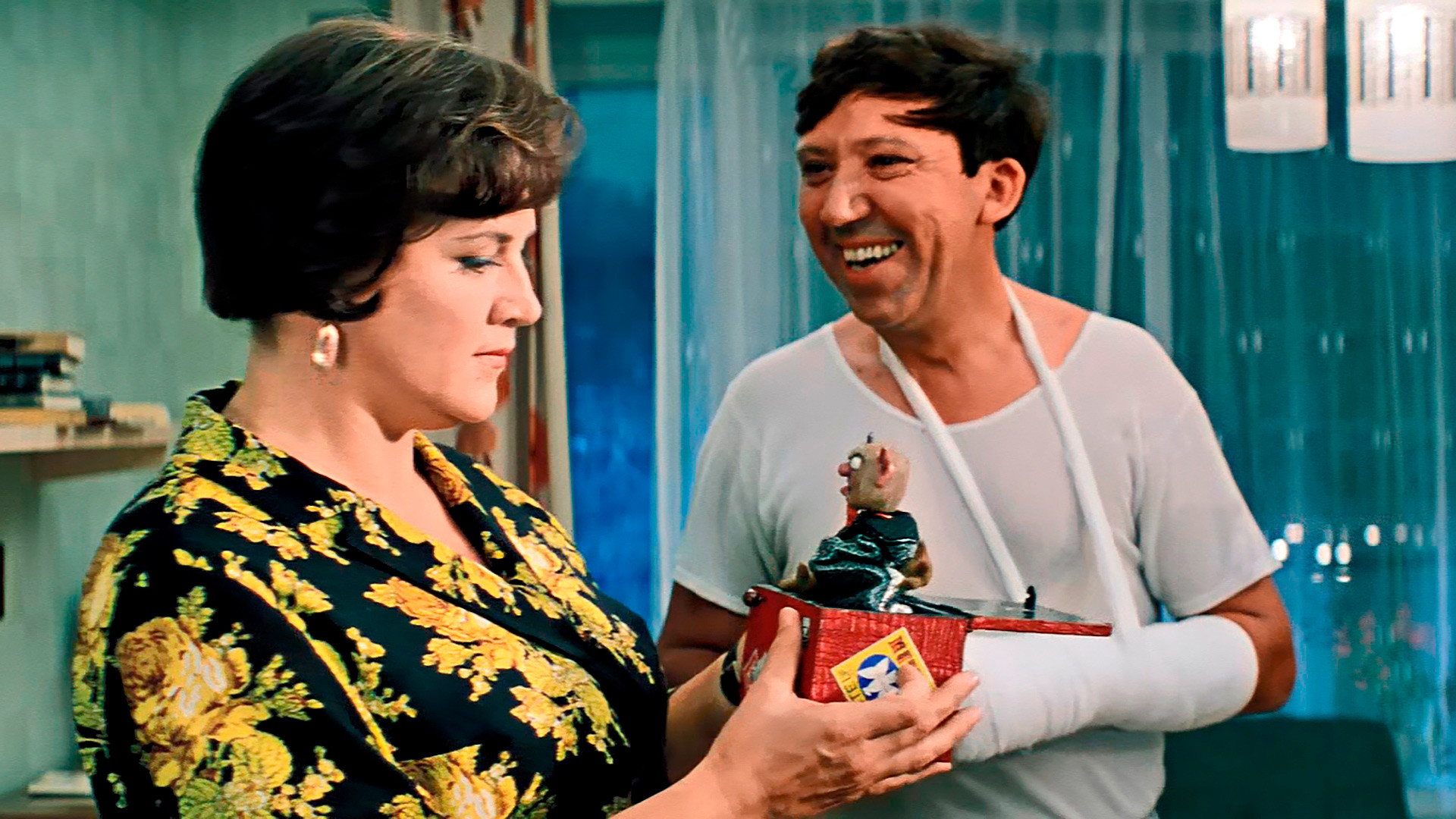 A scene from the "Brilliant Arm" movie.

Bringing gifts is an old Russian tradition. In the Soviet movie Brilliant the main character travels abroad with gifts for people he hasn’t yet met. It’s not a joke.

“Russians аre very friendly and always give you little gifts like calendars, magnets etc. People you meet for the first time give you gifts!” said Helmar. “It’s very embarrassing if you don't have anything in return. It's a nice tradition and makes you feel welcome.”

If you visit a Russian friend at home, it’s a good idea to talk a small gift. It doesn’t have to be expensive: Flowers for women or toys for children is a common in Russia. Chocolate is fine. Of course, it’s not obligatory, and no one would judge you for not bringing anything. 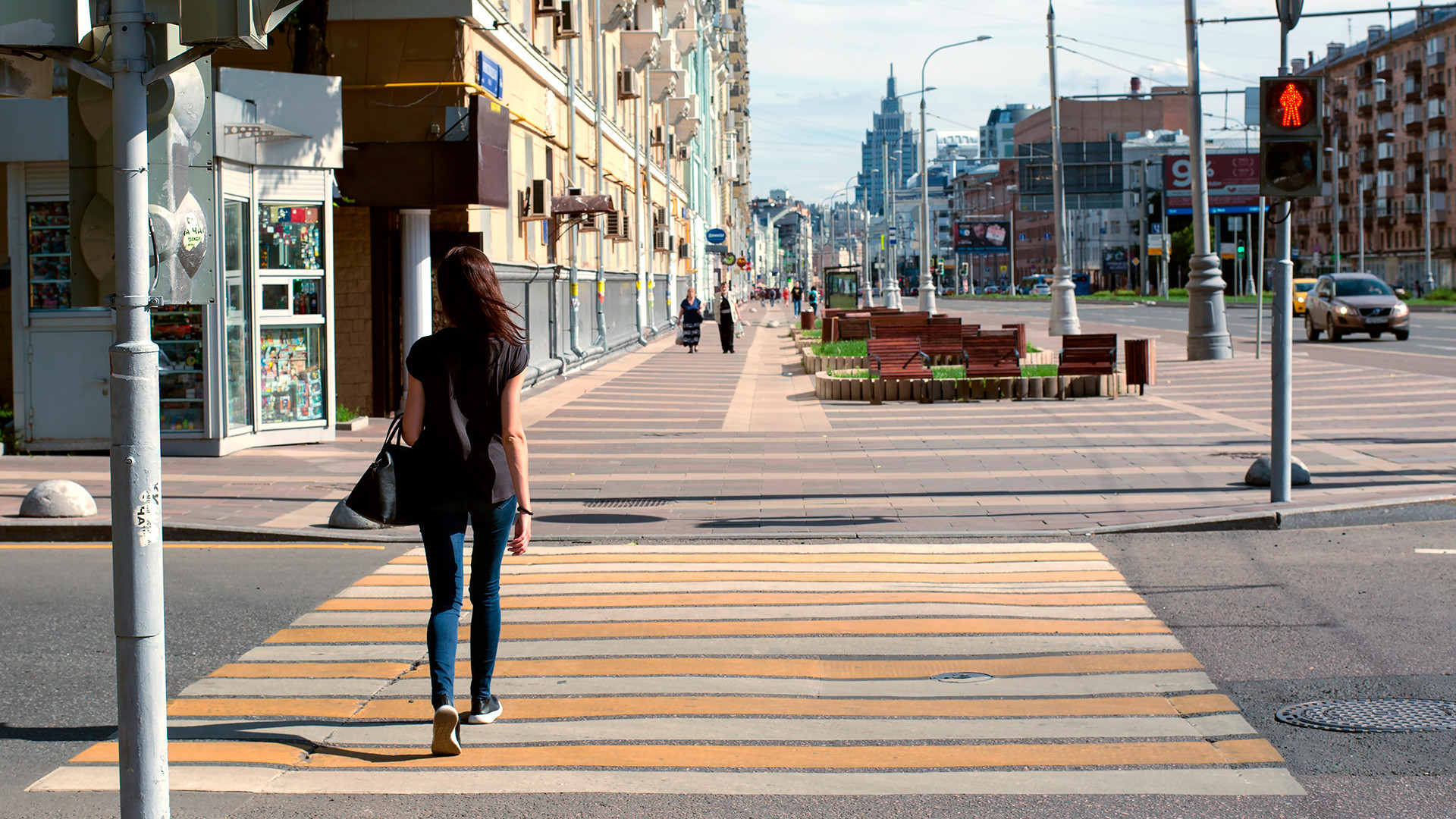 "If you want to cross the street, look under your feet as well.”

“In my opinion, the most common mistake foreign tourists make is trying to apply their normal logic to Russia,” Joshua says. “Russian people have a different approach to society and culture, and life is quite different to that of the western world.

“I remember I was on Arbat Street,” recalls Jaime Noguera from Spain. “I was walking further and further trying to find a place to cross the road. Asking myself, why are Russians so square-minded that they don’t have any pedestrian crossings? And suddenly I saw someone ahead of me disappear from the horizon. What was it? It was one of those underground crossings! To cross the road you should go under the road, not over. So, if you want to cross the street, look under your feet as well.”

Another funny thing is the water. “We are used to having hot water on the left tap and cold water on the right. In Russia it can be different,” said Helmar. “And hot water can be REALLY hot! You can burn yourself on the hot water or the pipes in Russia.” And yes, sometimes there are no blue and red marks on the faucets. You have to feel it yourself - be careful.

7. Russia has more to offer than Moscow and St.Petersburg 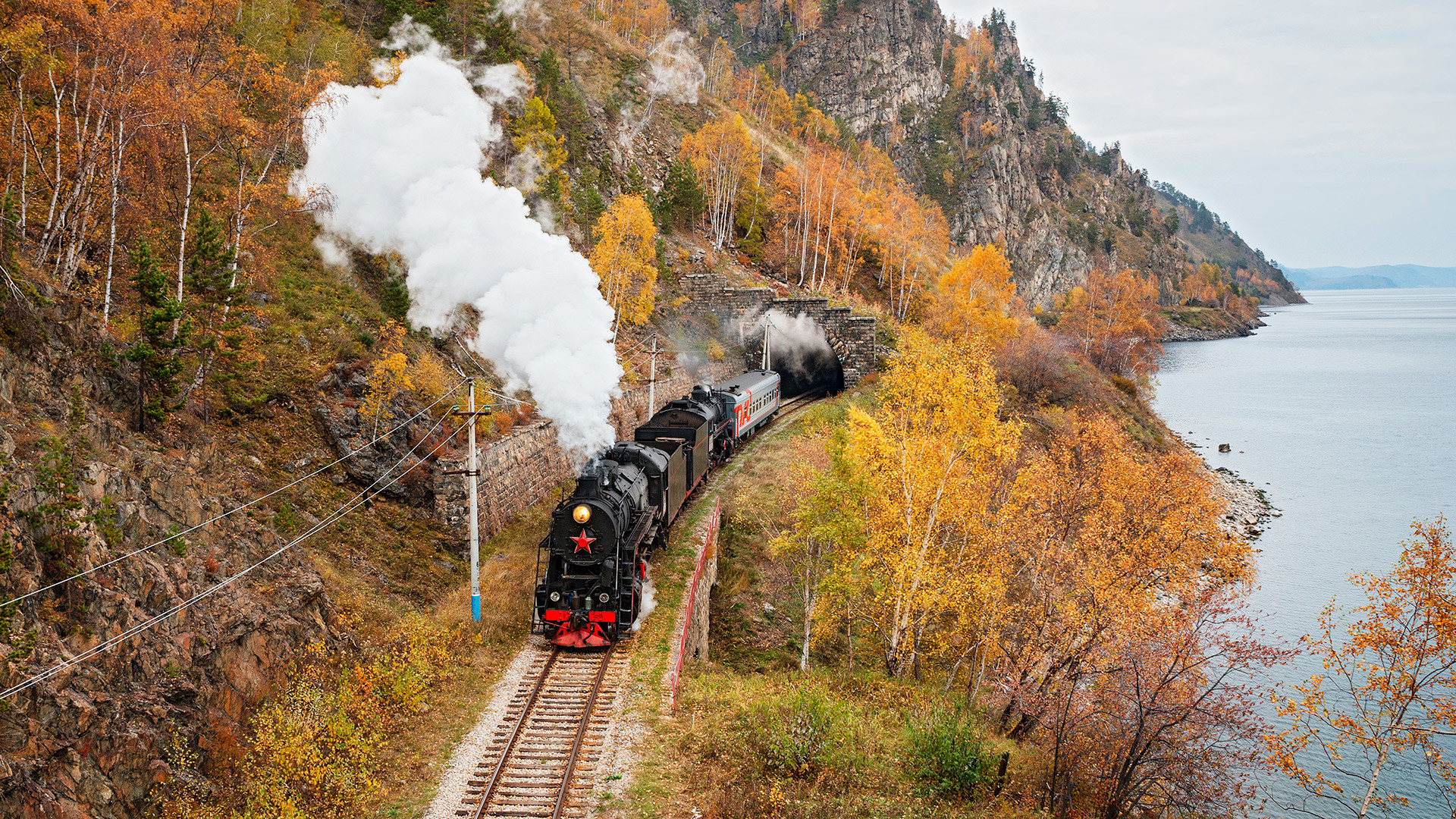 Russia is vast and the travel options diverse. Think outside the box, other Russian cities offer so much. Ride on the Trans-Siberian Railway, the longest railway in the world - discover Lake Baikal, the deepest lake in the world - visit the endless Altai Mountains in Siberia. You are in Russia! Check out our Travel section for inspiring ideas.

“I have no negative experiences,” said Helmar. “Russia is a very safe country to travel in. I’ve had no problems so far.”