Tales of the crypt: 4 of Moscow’s most famous historical cemeteries 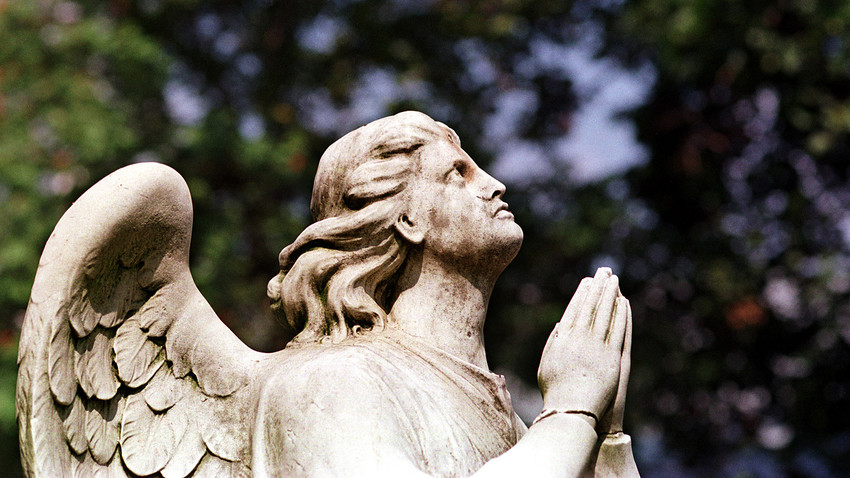 Olaf Jandke/Global Look Press
The four oldest Moscow cemeteries are near the city center and are safe havens from the urban bustle. Visit the graves of Solzhenitsyn, Gogol, Chekhov, Stanislavsky, and Yeltsin; as well as catch a glimpse of the ghost of Yesenin’s secretary, and visit Moscow’s only cemetery for ‘infidels.’ 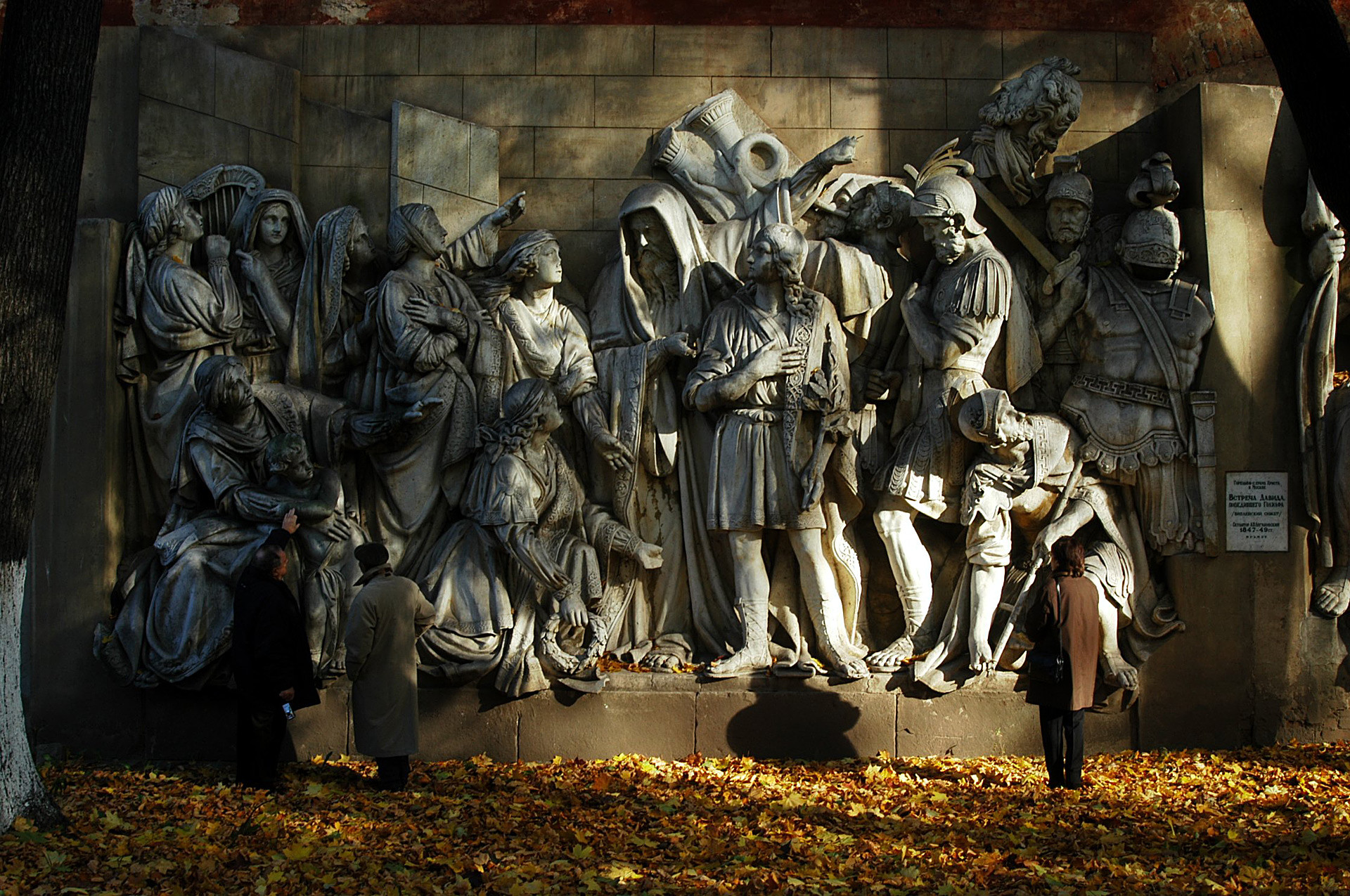 Relief "The meeting of David" from original Cathedral of Christ the Saviour at Donskoe cemetery, Moscow, Russia

Located in the 16th century Donskoy monastery, in the 19th century this graveyard became the burial ground for Moscow’s noble families. After the 1917 Revolution, thanks to the efforts of historians and restorers, almost all the graves were saved from destruction. In the 1930s, Donskoe was a storage place for sculptures and exterior ornamentation taken from demolished Moscow buildings (such as the facade sculptures from the original Cathedral of Christ the Savior). All these are still available on display near the monastery walls.

Among Donskoe’s most famous graves are the burial sites of writer Alexander Solzhenitsyn, artist Vasiliy Perov, and the father of aerodynamics, Nikolay Zhukovsky, and his family. In 2005, the remains of two prominent figures of Russia’s White movement, General Anton Denikin and philosopher Ivan Ilyin, were interred here. A visit here will give you a better understanding of a 19th century Russian aristocratic graveyard. 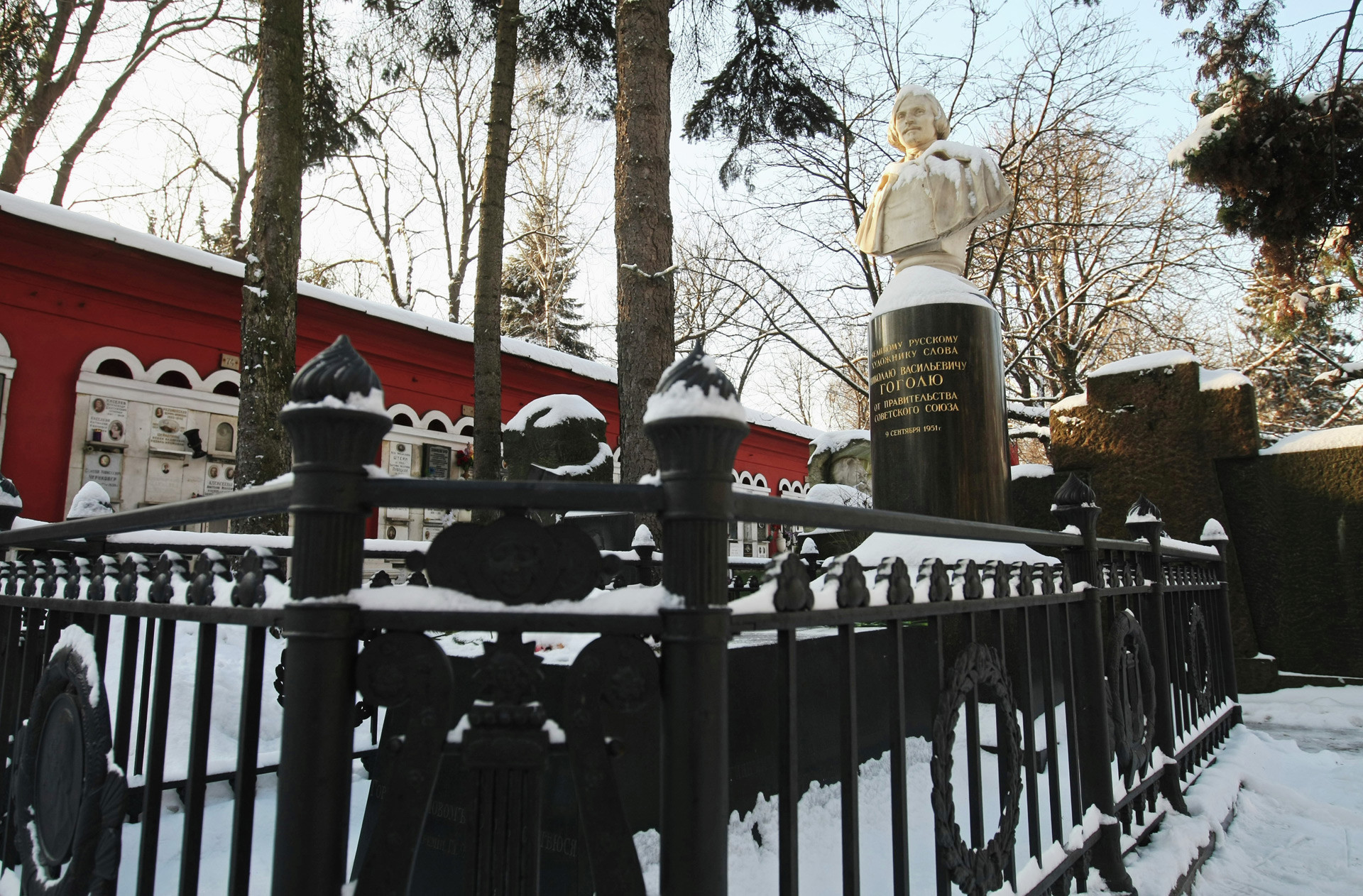 Novodevichy Convent was founded in the early 16th century by Vasiliy the Third, father of Ivan the Terrible. Later, many women from the Russian nobility and royal families were nuns in this cloister, including Peter the Great’s elder sister Sophia, who ended her life jailed in the Convent. It was very prestigious among Moscow’s elite to be buried inside the monastery’s walls, and by the beginning of the 20th century space for burials had been exhausted. Thus, a new graveyard was opened behind the walls and became a part of the necropolis. Novodevichy monastery is a UNESCO World Heritage site, preserved just as it was during its heyday in the 17th century.

The New Novodevichye cemetery was Moscow’s most prestigious burial ground in Soviet times. Here are  magnificent tombstones of Soviet officials and prominent people, and which were designed by famous Soviet sculptors. Some have recently undergone restoration. Take note of the graves of Nikolay Zhembrovskiy and Nikolay Polikarpov, as well as the monument to Nadezhda Alillueva, Stalin’s second wife. The first President of Russia, Boris Yeltsin, is interred here, and the monument over his grave resembles a giant Russian flag.

Among the pre-revolutionary burials are graves of famous Russians of the arts and literature — Anton Chekhov, Konstantin Stanislavsky, Fyodor Shalyapin, etc. Here also rest Nikolay Gogol’s remains, which were transferred to Novodevichye in 1931 and marked by a new tombstone, while the original remained in the cemetery workshop. After the demise of writer Mikhail Bulgakov, his wife found Gogol’s gravestone and placed it on Bulgakov’s grave, where it still is at Novodevichye. 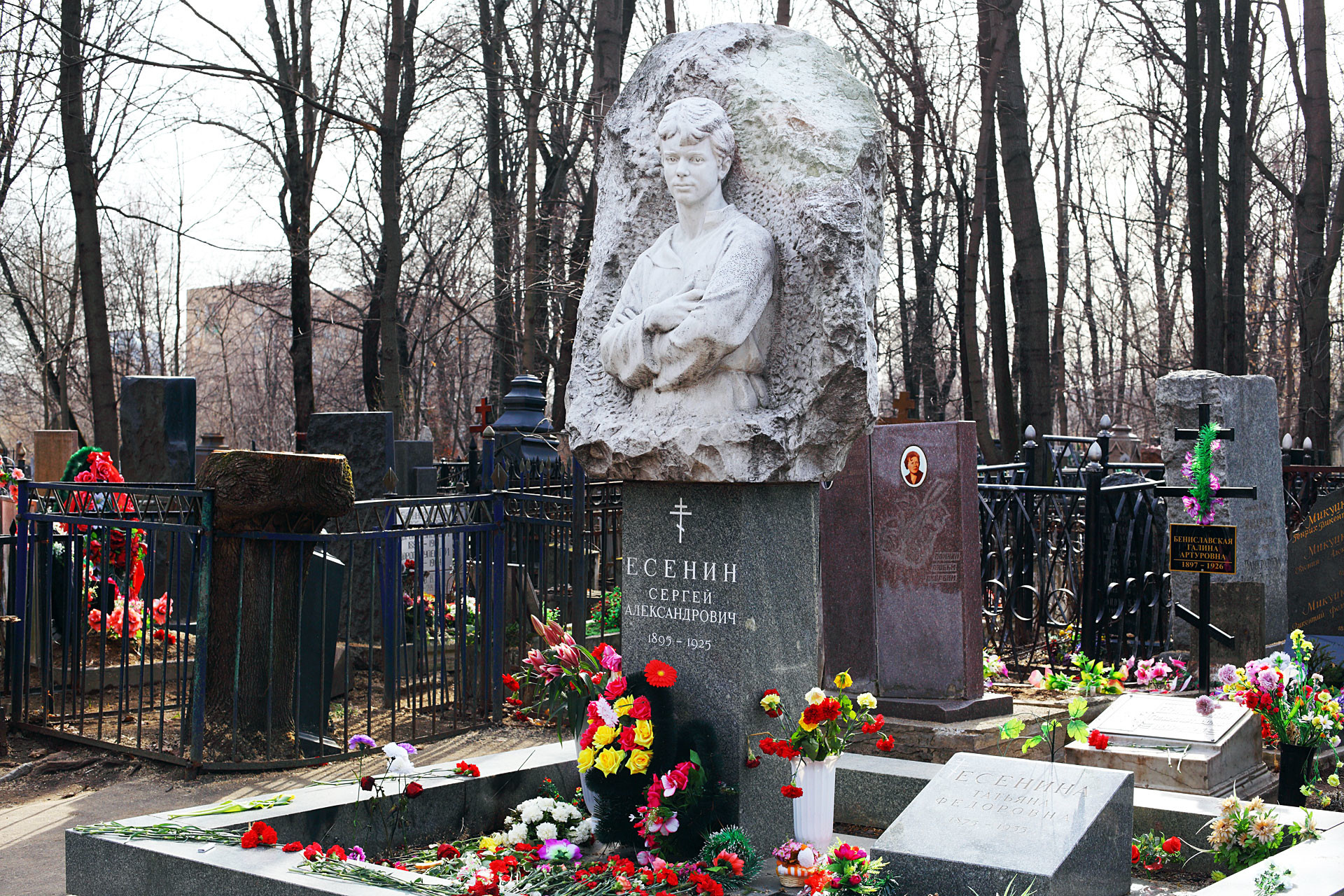 Sergey Yesenin's tombstone at Vagankovskoye cemetery, Moscow, Russia. Black cross with a green-and-purple wreath on the left side is on Galina Benislavskaya's grave.

Vagankovskoye is a five-minute subway ride from the center, but when opened in the 1770s it wasn’t prestigious. While one of the largest city cemeteries at that time, it only slowly became a prominent burial ground for artists, actors and the bohemian crowd. Many tombstones are exquisite works of art, with over 250 listed as monuments of cultural heritage (including the tombstones of the Levenson family, and the graves of famous architect Fyodor Shekhtel and his family). Today, a plot of land here costs as much as a Moscow apartment.

Among the most famous people buried here are painter Vasiliy Surikov, bard Vladimir Vysotsky and poet Sergey Yesenin. A year after Yesenin’s death, Galina Benislavskaya, the poet’s friend and secretary, shot herself on his grave. Yesenin had lived with Benislavskaya from time to time, leaving her repeatedly for other women, and often asked her to run errands. Devastated because she and Yesenin failed to reconcile during his lifetime, Galina took her life. It’s still a popular legend that you can see her ghost near the poet’s tombstone. 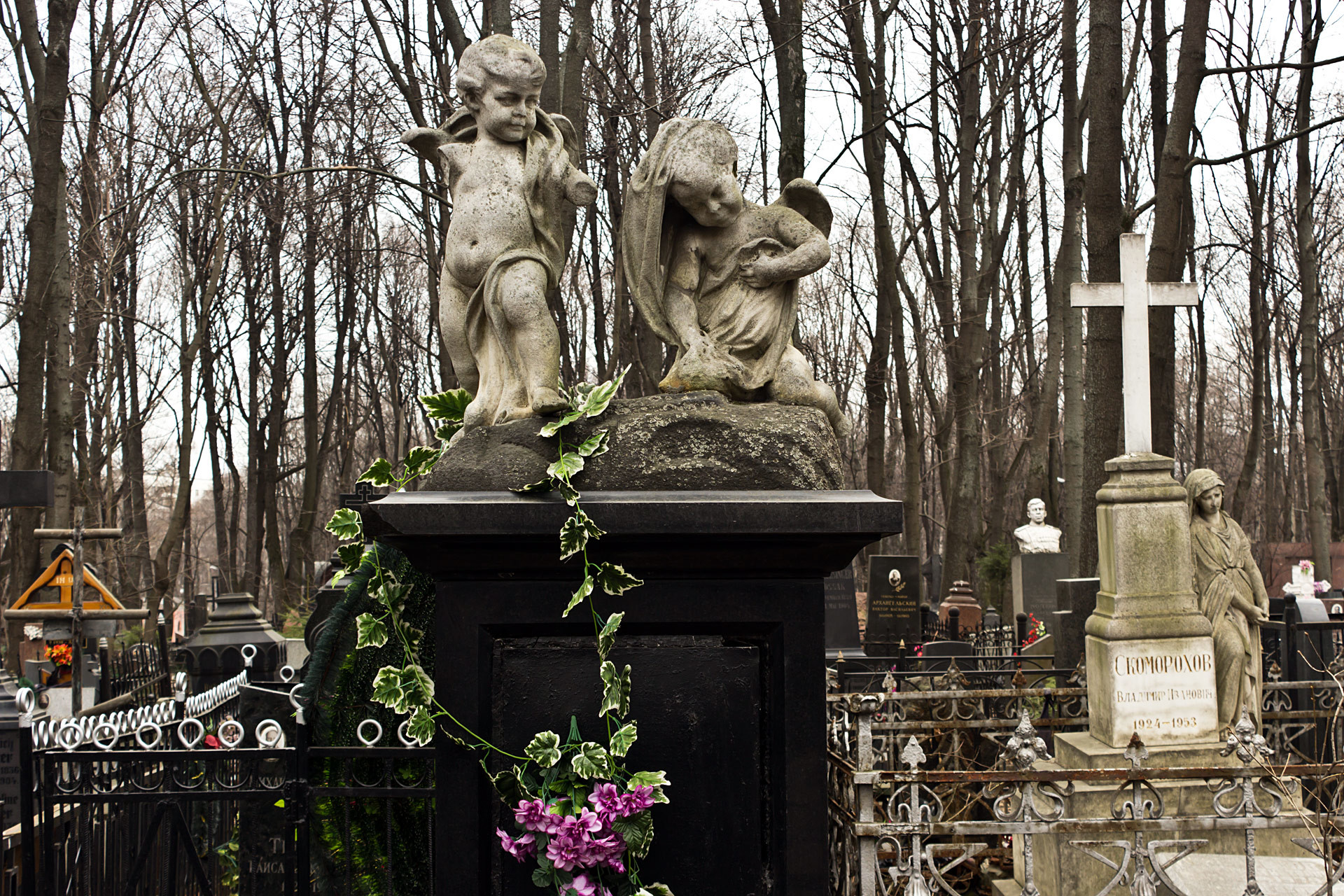 The most “foreign” of the old Moscow graveyards, Vvedenskoye in Lefortovo district is dubbed “German,” or “Infidels’ cemetery,” because of its location on the outskirts of the former German Quarter. It was a burial site for Catholics and Lutherans. Architecturally, the graveyard resembles those in Europe, with a majestic Gothic-style gateway from Gospitalnyi val Street, with imposing tombstones of wealthy foreign families. In 1999, the cemetery’s chapel was transformed into the Lutheran Church of the Holy Trinity.

The companions of the young Peter the Great, Franz Lefort and general Patrick Gordon, are interred here, as well as Lucien Olivier, the famous chef who created olivier salad (also known as Russian, or Stolichnyi, salad). Another prominent tombstone is that of Friedrich Haass, a German-born Moscow doctor, famous as Johann Goethe’s anatomy teacher and a great philanthropist who advocated the humane treatment of convicts in Russia. Also, don’t miss the spectacular tombstones of Lion Georg, with its reproduction of Arnold Bocklin’s “Isle of the Dead,” and the gravesite of the Baudelot family made from black marble. These are true marvels in this oasis of serenity.