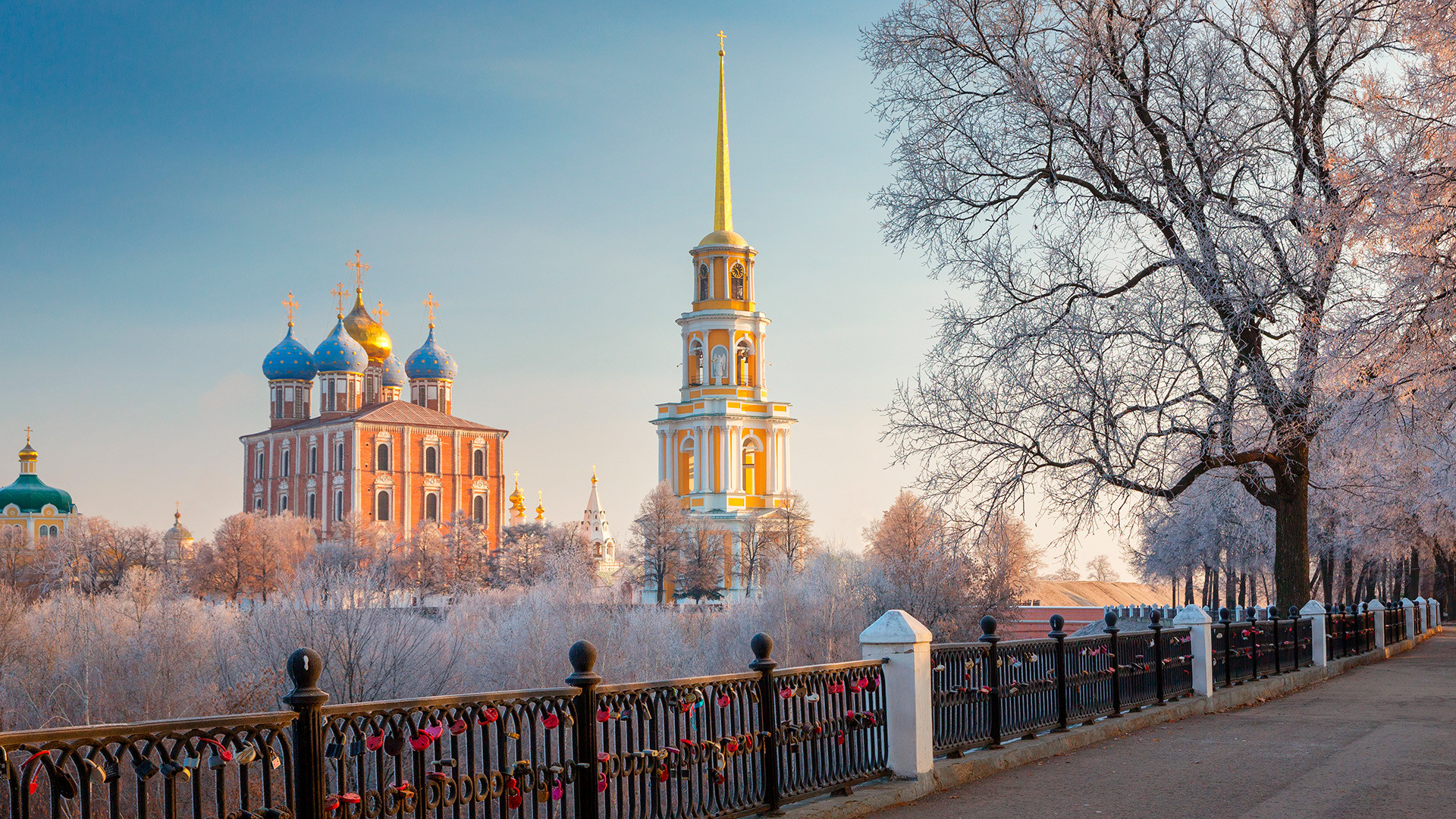 Legion Media
Do you know Russian paratroopers have their own capital? And it’s definitely not Moscow, but the ancient city of Ryazan. There, you can feel like a real "Russian musketeer" from the times of Ivan the Terrible, see the largest iconostasis in the country, and visit the birthplace of the great Russian poet Sergey Yesenin.

The best way to reach Ryazan is to take a train from the Kazansky railway station in Moscow. It takes about 2 hours to cover the distance of 200 km to this age-old city. Trains from the Russian capital usually arrive at one of the city’s two railway stations, imaginatively called Ryazan-1 and Ryazan-2. Both are situated in the city center, a stone’s throw from one another.

One of the oldest Russian cities, Ryazan has a rich and eventful history. The heart of the city is the Ryazan kremlin, located on a hill high above the city. Here one can see and visit several ancient churches and cathedrals. One of them, the Assumption Cathedral from the 17th century, houses the largest iconostasis in Russia.

The kremlin ensemble is known not only for its religious sites, but also ancient civil buildings, the most remarkable of which is the Ryazan princes’ palace, known as the “Palace of Oleg.”

The 9-meter high and 290-meter long rampart traces its origins back to the 13th century, when the Ryazan kremlin was surrounded by wooden walls and towers with a moat full of water. Whereas the defensive structures are long gone, the huge rampart still exists and is a perfect observation deck to enjoy the picturesque view of the kremlin and the whole city. 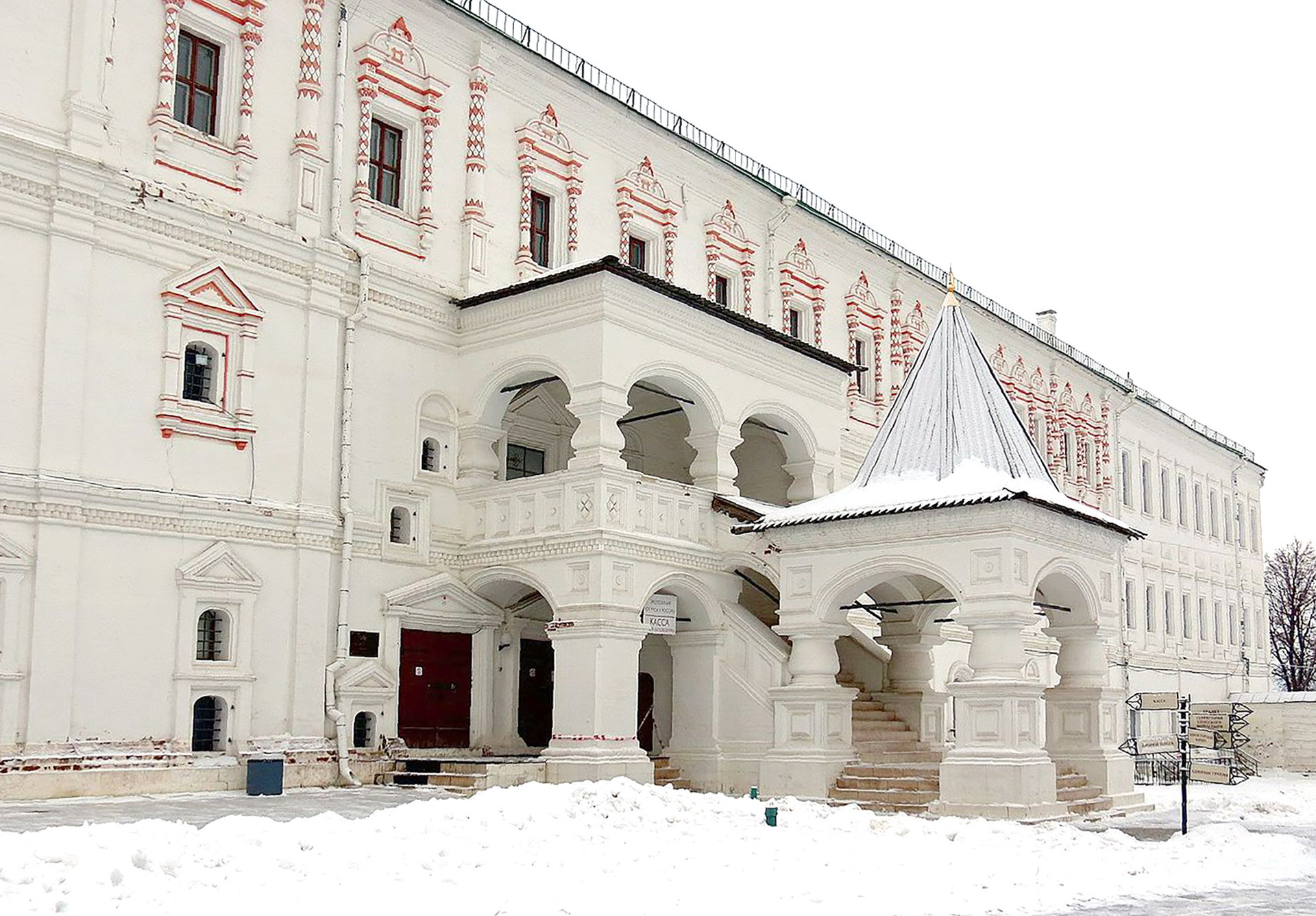 Another remarkable place in Ryazan to breathe in some Russian history is the Streltsy Museum. The streltsy were Russian guardsmen in the 16-18th centuries who formed the first regular troops in Russia, similar to musketeers in the West.

The museum not only acquaints guests with the history of the streltsy troops, but also offers a chance to feel like real warriors of ancient Russia. Visitors can dress up in reconstructed military uniform of that epoch, take part in historical reenactments, and taste food cooked according to ancient Russian recipes.

History lovers will be interested to discover that the first units of the Polish People’s Army were formed in the Ryazan Region during WWII. Together with Soviet troops, this army participated in the liberation of Poland and the storming of Berlin. Many historical buildings in Ryazan display memorial plaques indicating that Polish soldiers held educational courses or were stationed there. In the Friendship Park in the western part of the city there stands a huge monument dedicated to the Soviet-Polish Army Community.

Capital of the Airborne Troops

Ryazan has deep military traditions. It is here that one of the main educational institutions for training airborne troops is located — Ryazan Higher Airborne Command School. In The 137th Guards Airborne Regiment is also stationed in the city. 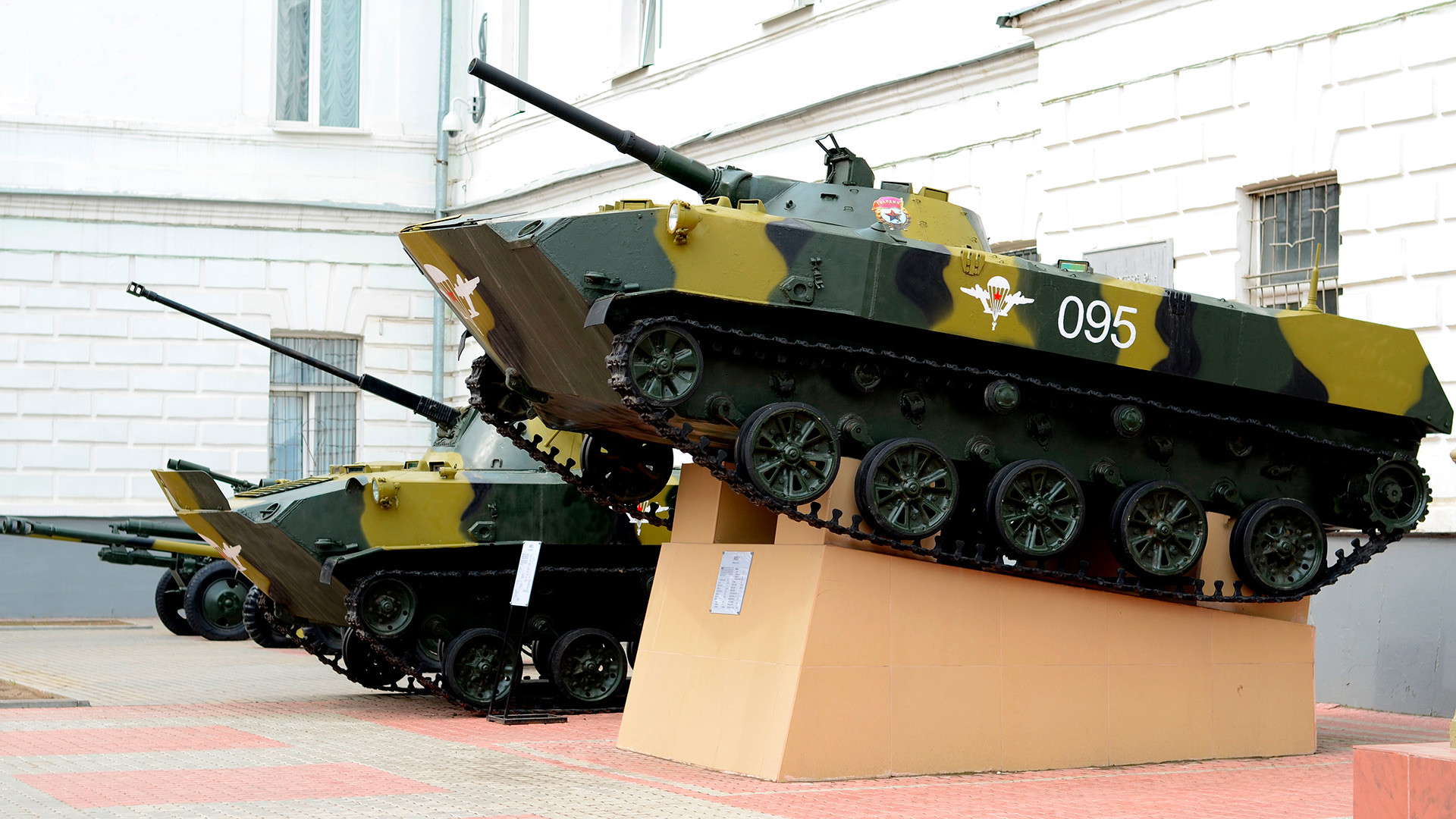 No surprise then that Ryazan is unofficially known as the “Capital of the Airborne Troops.” Tourists can visit Russia’s first and only museum dedicated to airborne troops, one of few such places in the world.

The exhibition tells about the history of the Russian Airborne Troops, their participation in wars and conflicts. One can see uniforms, weapons and personal belongings of air troopers, their medals and military decorations, and watch movies about combat training.

It would be wrong to say that Ryazan is only of interest to military buffs. The Ryazan Region is home to one of the most famous Russian poets – Sergey Yesenin. The city is proud of this fact and offers tourists a wide range of souvenirs dedicated to the poet: from magnets to posters and boxes of chocolates bearing his image. 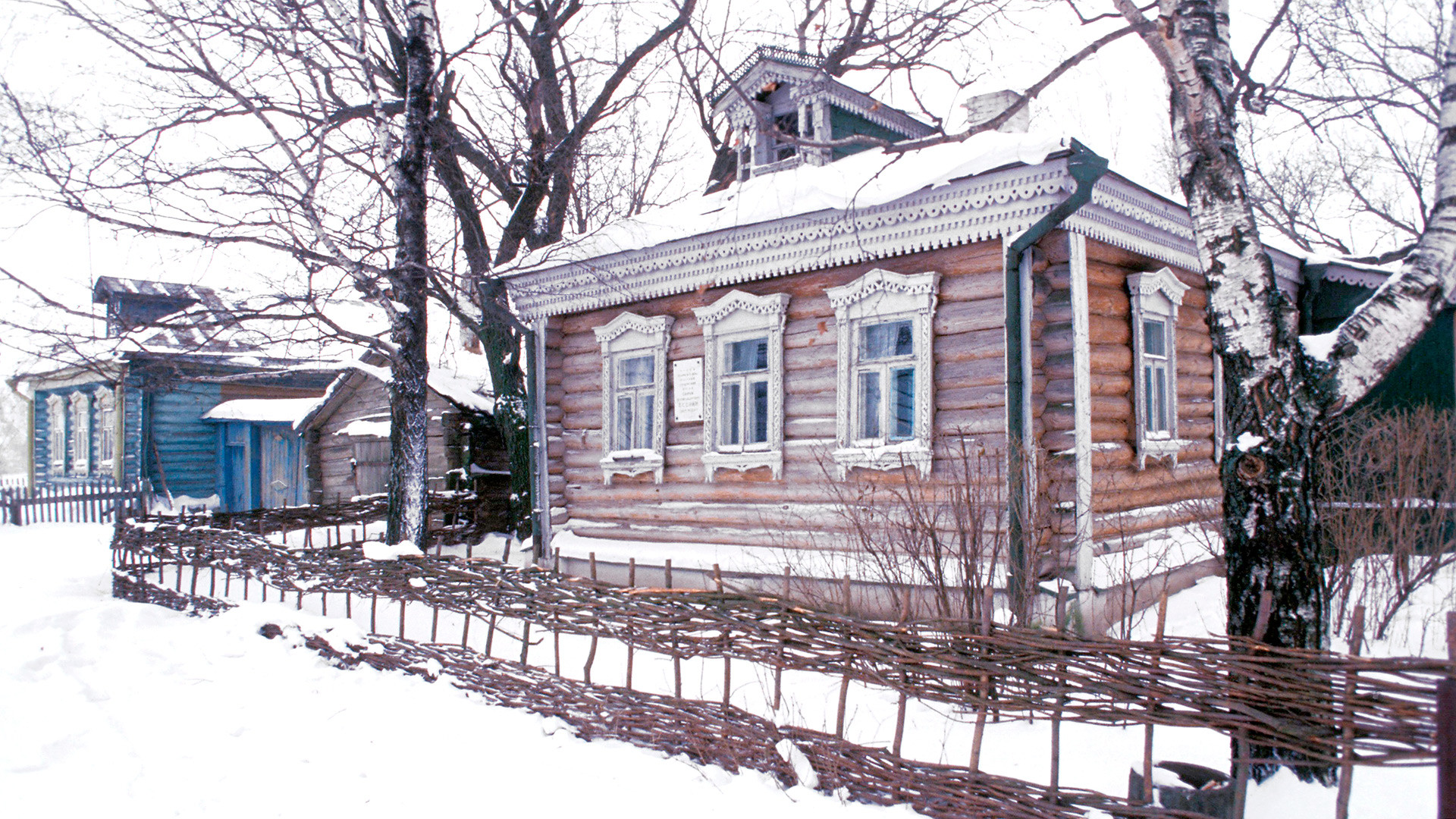 Not all the places connected to Yesenin are located in the city. To find out where Yesenin was born, how he lived, and where he studied you need to go the poet’s native village of Konstantinovo in the Ryazan Region, where the Yesenin Museum is located. The trip starts at the Ryazan central bus station and takes about 1.5 hours.

With a population of over half a million people, Ryazan has no problem serving up a wide range of restaurants, cafes and bars for all tastes. Still, some of them deserve more attention than others.

“Sikera” bar, for instance, immerses tourists in the traditional life of pre-revolutionary Russia. One can taste dishes of the national Russian cuisine, and enjoy traditional Russian mead and kvass (a fermented beverage), as well as various liquors and infusions. 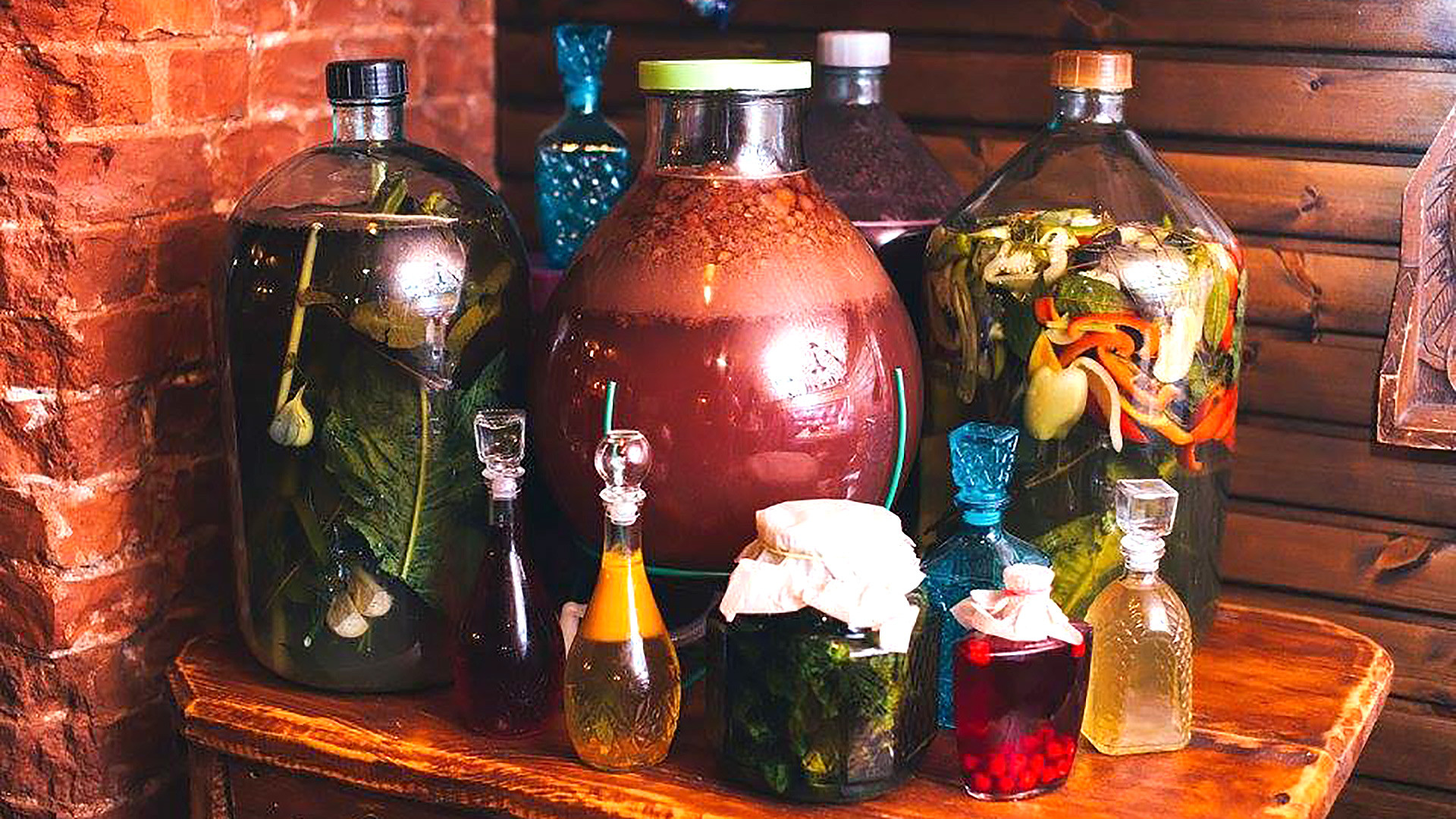 At the Gingerbread Gallery one can find a great collection of this confectionery, not only local, but from all over the world. Visitors can find out about the traditions of gingerbread cooking in Russia and other countries, taste some samples, and take master classes in how to decorate these cookies.

Another of Ryazan’s streets boasts a monument to a medieval horseman. This is Evpatiy Kolovrat, a legendary and partly mythological person. Find out why Ryazan is so proud of him.