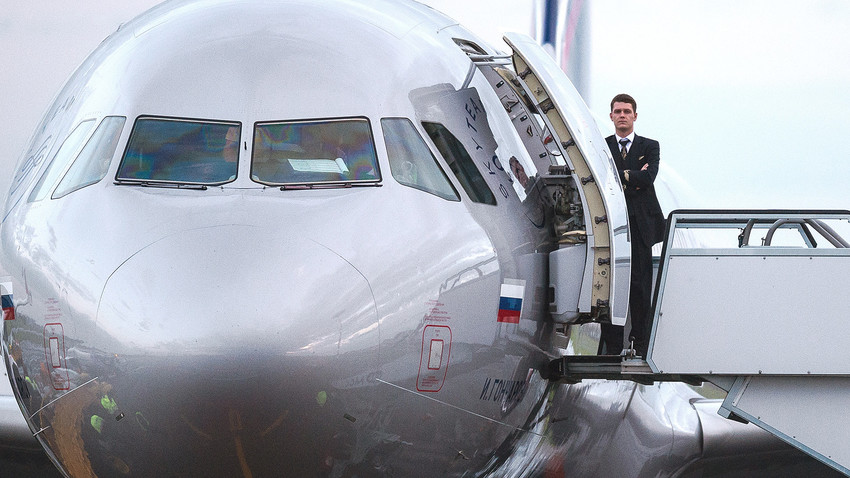 Alexey Malgavko/Sputnik
You’ve bought tickets, packed your suitcase, arrived at the airport on time, but then find out you’re not going anywhere. Russia Beyond has recommendations on how to save money and not be stressed if you’re stranded in a Russian airport.

When the airlines not at fault

Like in other countries, Russia’s airlines are not always responsible for everything that might occur. Russian law exonerates them from paying compensation and fulfilling other obligations if the situation is the result of force majeure, which could be a natural disaster, a military operation, an epidemic, a strike, or if the government has placed your destination under quarantine or has restricted flights there. Sometimes, mechanical malfunction can be a reason, especially if the issue is . More often than not it is precisely this factor that causes delays or cancelations, and the airline will say that it’s not at fault and does not owe you anything. Let’s be honest: this is not always the case, but only a court can determine the degree of responsibility.

When the carrier is at fault

Russia’s airlines are responsible in the following situations: when there is overbooking; when there are inconsistencies with the schedule; when the crew or flight is not ready; when the flight is unprofitable for the airline; or any other reason that can’t be defined as force majeure 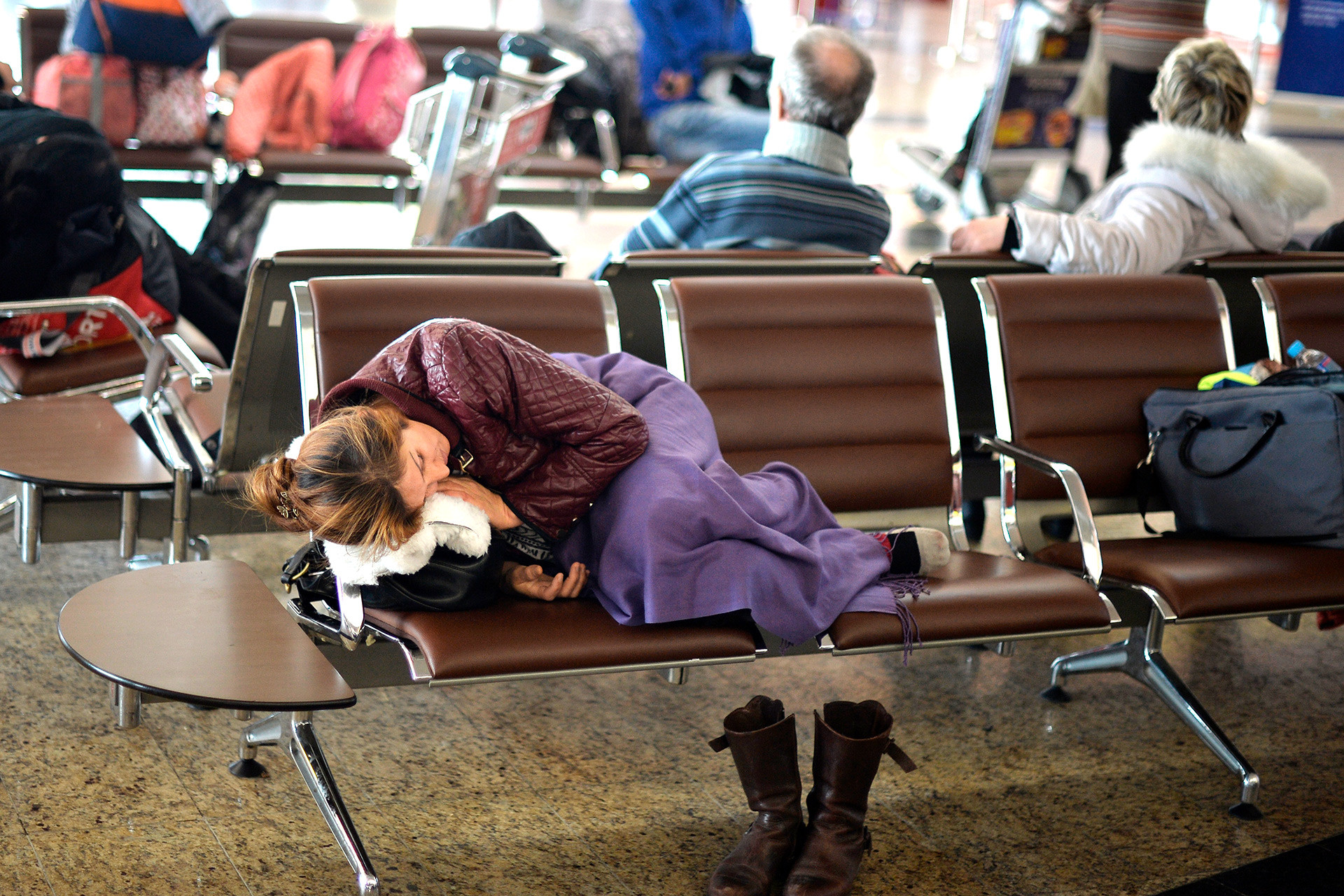 You should receive hotel accommodations if you’ve been waiting for the flight more than eight hours during the day and six hours at night.

, if your flight is delayed or canceled, ask the airline representative what’s wrong. They are obliged to tell you and can usually be found at the airport. If the reason is not related to force majeure, then the list below describes what you can expect.

NB: Severe weather is not the airline’s fault, but Russian law says that in this the airlines must still provide the following services. The only exception is monetary compensation for each hour of waiting – for this you’re not eligible.

What to expect if your flight is delayed

In the event of a flight delay, passengers with children under the age of seven are offered access to mother and child rooms. There is another room where you can store your luggage while waiting (more specific information about it below). The airline representative must leave you a note about the flight’s delay. If you do not know where to find him (usually they come out to the passengers), ask an airport employee.

Two hours after the delay the airline must provide means of communications: each passenger has the right to two free phone calls or two emails. Also, drinks are served.

Four hours after the delay everyone is served warm food, and this is repeated every six hours during the day and every eight hours at night.

You should receive hotel accommodations if you’ve been waiting for the flight more than eight hours during the day and six hours at night. According to the law, the airline cannot lodge anyone else in your room and it is also responsible for transportation from the airport to the hotel, and vice versa.

NB: If not satisfied with the hotel, you can choose another, but you will have to pay for it (and the airline will not provide you with transportation). Keep the receipts, however, and try asking the airline later to compensate you for the difference in price 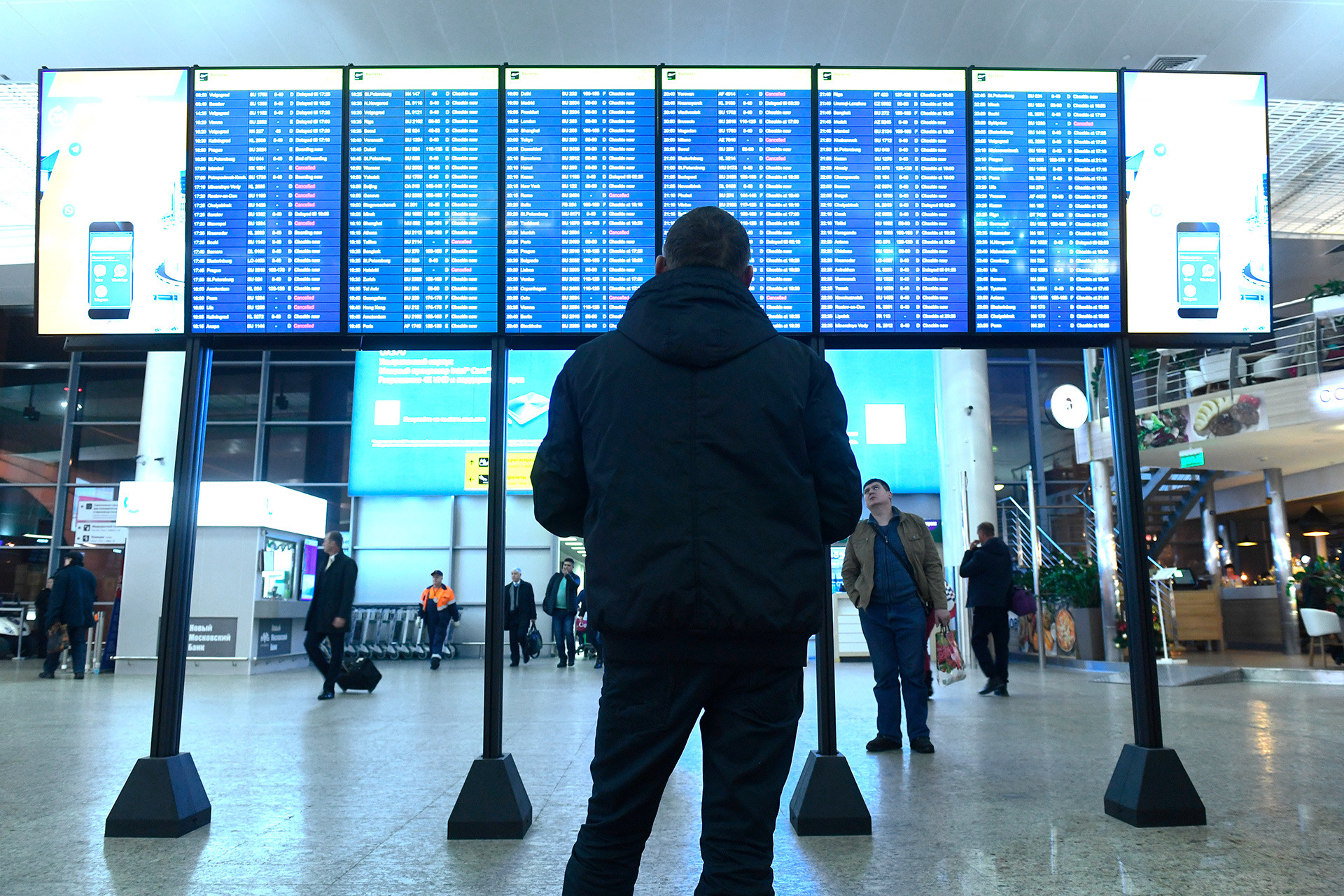 If the flight cancellation disrupts the purpose of your travel, the airline has to reimburse you for all your tickets.

! When and how to get it

We have two pieces of news for you. The good news is that unlike Europe or the U.S. the rules in Russia oblige airlines to pay compensation for even one hour of delay.

The bad news: compensation is a pitiful 25 rubles (41 cents) per hour, plus three percent of the ticket cost. (Yes, we did not forget to add the zeros.) Compensation can be collected from the airline representative at the airport.

If a flight is canceled on the day of departure, a few days before or a few weeks before

In this the airline will certainly offer you another flight, but it is not guaranteed that the new flight will be on the same day or with the same airline. If the alternatives do not suit you, then you have the right to be reimbursed for your ticket. The law doesn’t say when the airline must reimburse you, but it takes a month or two sometimes it can take up to six months.

By the way, if the flight cancelation disrupts the purpose of your travel, the airline has to reimburse you for all your tickets, not only for the canceled departure, as long as you did not buy them separately.

The airline does not pay compensation if your flight is canceled.

Russian airports How to