Why do Europeans and Americans need visas to enter Russia? 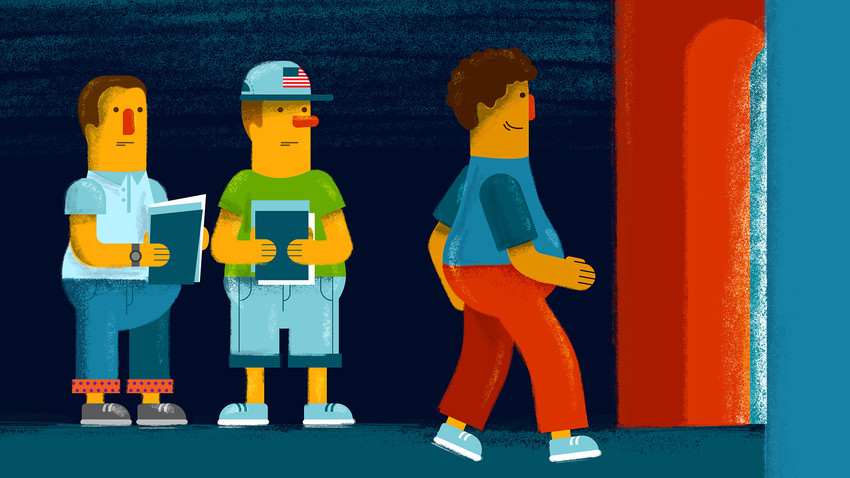 While Europeans and Americans need visas to travel to Russia, most of the Latin Americans can go there without bureaucratic restrictions.

Natalya Nosova
It’s quite difficult to travel to Russia if you’re from the U.S. or the European Union (Latin-Americans are much luckier). Progress now is stalled – because of politics, of course.

Russia is ready to shift towards a visa waiver scheme with the U.S. and awaits Washington's response, Russian Presidential aide Yuri Ushakov has said. “Basically, we’re ready to switch to a fully visa-free regime of mutual visits. It’s up to our American partners” Ushakov said during a press briefing.

Sounds unlikely? It’s a genuine statement – from 2012. Vladimir Putin, Prime Minister back in 2011, discussed the issue with Vice President Joe Biden. Unfortunately, there has been no progress relations between the U.S. and Russia have worsened and all talk of visa liberalization apparently forgotten.

The same applies to a potential visa waiver between Russia and the European Union. Back in 2014, after the Ukrainian crisis, the EU suspended all visa and economic discussion with Russia. They have not been resumed since.

“Technically and practically, we were ready to abandon visas with the EU, we fulfilled every arrangement we should have to switch to visa waiver,” Russia’s Foreign Minister Sergey Lavrov said back in 2015.

According to Lavrov and other Russian officials, even before the conflict over Crimea neither the Europeans nor the Americans were keen to abandon visas, so Russia just reacted to it. Or, to be more precise, didn’t react and just left the things the way they were.

The dialogue between Russia and the EU on a visa-free regime became real in 2011, when the parties signed a declaration of mutual steps towards visa waiver, Elena Ivanova, Associate Professor at the International Institute of Economics and Law, wrote in an article “On the issue of a visa-free regime”. "Part 4 mentions the necessity to approve 'anti-discriminating' principles that include protection of minorities and fighting hate crime,” Ivanova notes.

Unfortunately, the EU considered some parts of Russia’s legal system discriminatory, experts say, and this became an insurmountable diplomatic obstacle – and since 2014 bigger contradictions have blocked the way to waiver.

Talks about a visa-free regime for Russia and the U.S. are long forgotten as well, especially after the mutual expulsions of diplomats in 2017. Russians and Americans discussed visa waiver agreements during the Russian reset – an attempt by the Obama administration to improve bilateral relations. After the reset was over, talks on a visa-free regime stopped.

Even at the time, experts were skeptical about the prospects of establishing a visa-free regime. “The idea of a visa-free regime, I suppose, is here just to bring something new to the agenda of Russian-American relations besides nuclear disarmament. The results are a long-term matter,” Fedor Lukyanov, editor-in-chief of Russia in Global Affairs commented back in 2011. He also felt it would be faster to abandon visas with the European Union but, as it turns out, in both cases the deadlock, for now, is quite obvious.

Latin American countries proved they’re better in solving visa issues with Russia – as they have no serious political contradictions. Today, all South American countries except for Surinam have visa-waiver agreements with Russia, meaning that all their citizens are free to travel to Moscow, Siberia or wherever they like in Russia.

Russian diplomats are now discussing visa liberalization with Mexico (all Central American countries are already visa-free for Russians already). “Today the issue of implementing a visa-free regime for mutual visits is especially important,” Vyacheslav Volodin, the speaker of the State Duma, noted while meeting his Mexican colleague Edgar Romo García in June 2018. Sounds like Russia - unlike some of Mexico’s neighbors - doesn’t want to build a wall.

In addition to that, foreigners who attended the World Cup in Russia – and have Fan IDs may enjoy visa-free visits up to the end of 2018. At least that’s what President Vladimir Putin says and his initiatives are supported by parliament. For more on this, read our article.