Moscow FAQ: Here are answers that you won’t find in tourist guides 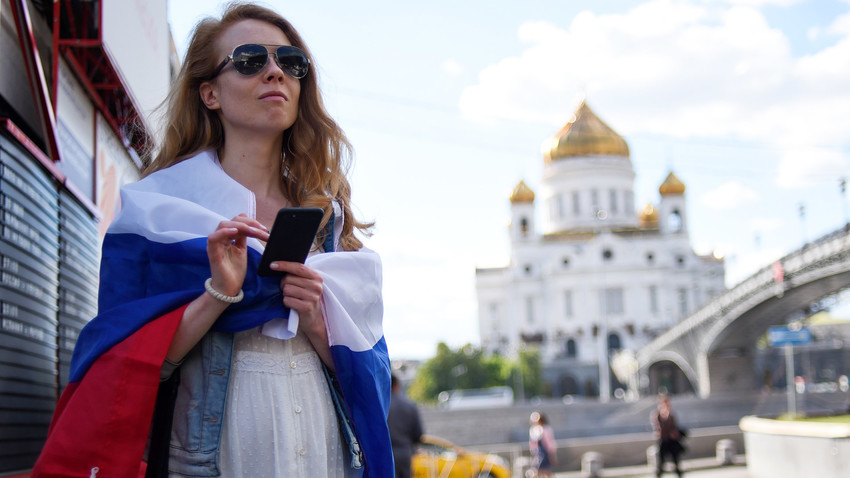 Anton Kardashov/Moskva Agency
You can look up hotel ratings on booking.com and find restaurant reviews on Tripadvisor, but when it comes to more sophisticated information look no further than this guide.

1. How are the sidewalks 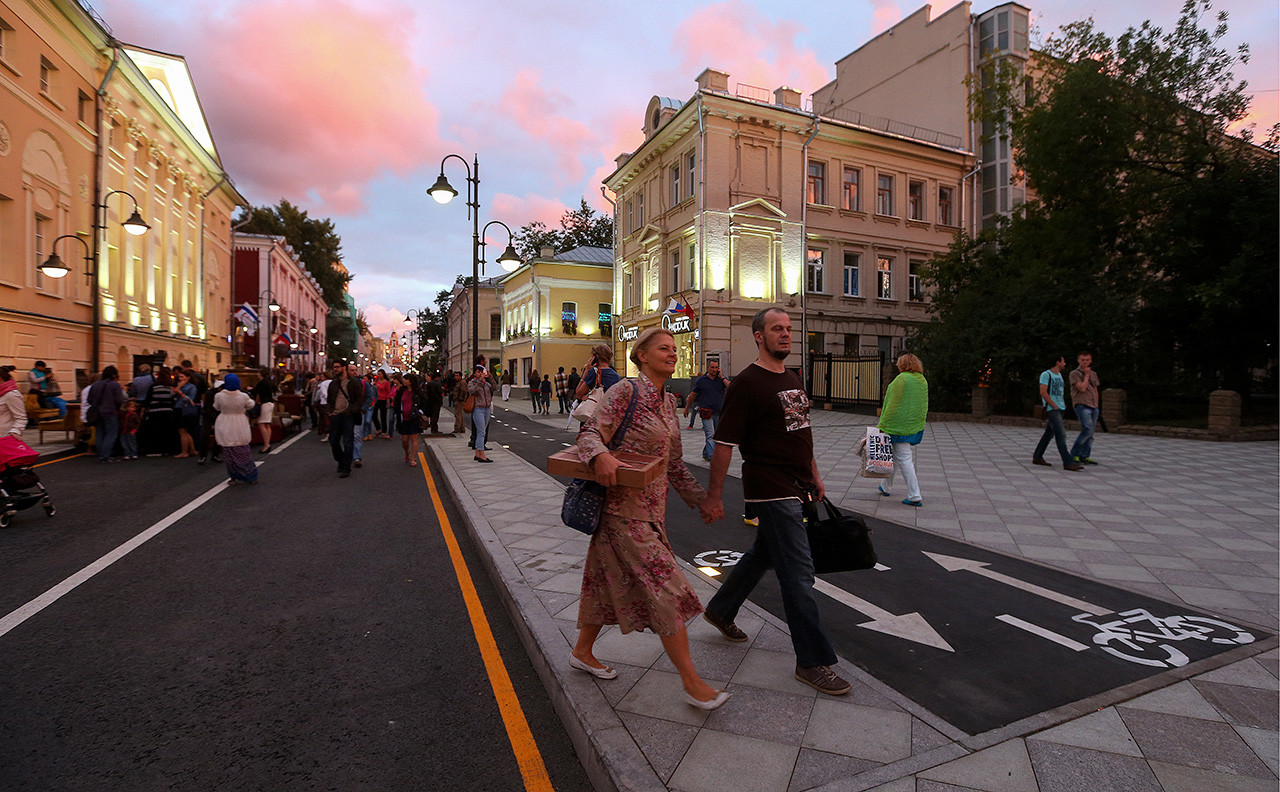 are convenient and wide pedestrian walkways in both the city center and in the suburbs. City mayor Sergei Sobyanin has tortured Muscovites for several summers in a row with massive renovations, but now residents (except probably car drivers) are happy with the improvements.

Most of the city is paved with asphalt or covered by street bricks, but medieval cobblestones are still common, such as inside the Kremlin walls and on Red Square. So, be careful with your choice of shoes.

2. Is it easy to use the metro 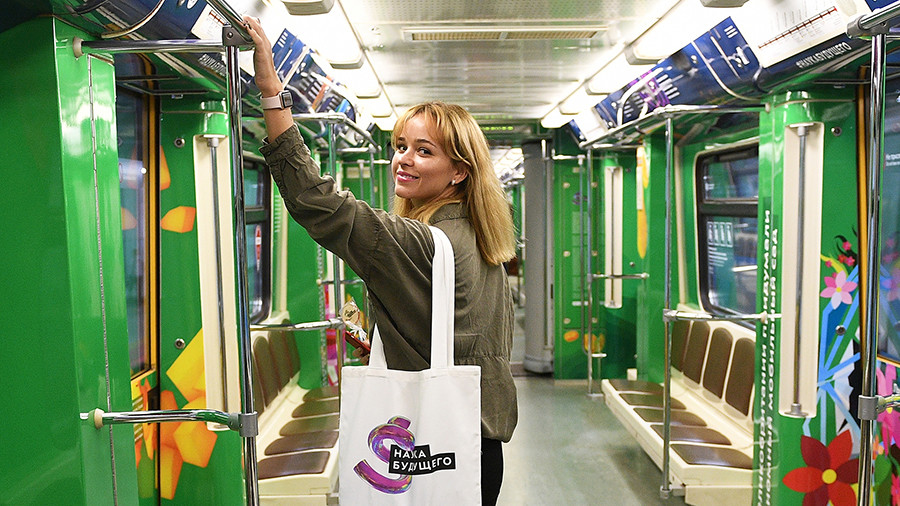 of the Moscow metro stations are also announced in English, andis translated as well.

In most cases, the metro is your quickest optiot from point A to point B. With millions of locals using it daily, however, be ready for human traffic jams. Try to avoid traveling on the metro from 7-10 a.m. p.m.

Ahead of the World Cup, the Moscow metro hired English-speaking cashiers, and there are also ticket machines in English. If you come for several days, buy a Troika card for 50 rubles (less than a buck) and top it up as needed (300 rubles, the equivalent of $5 is enough for a couple of days).

3. What about other public transportation 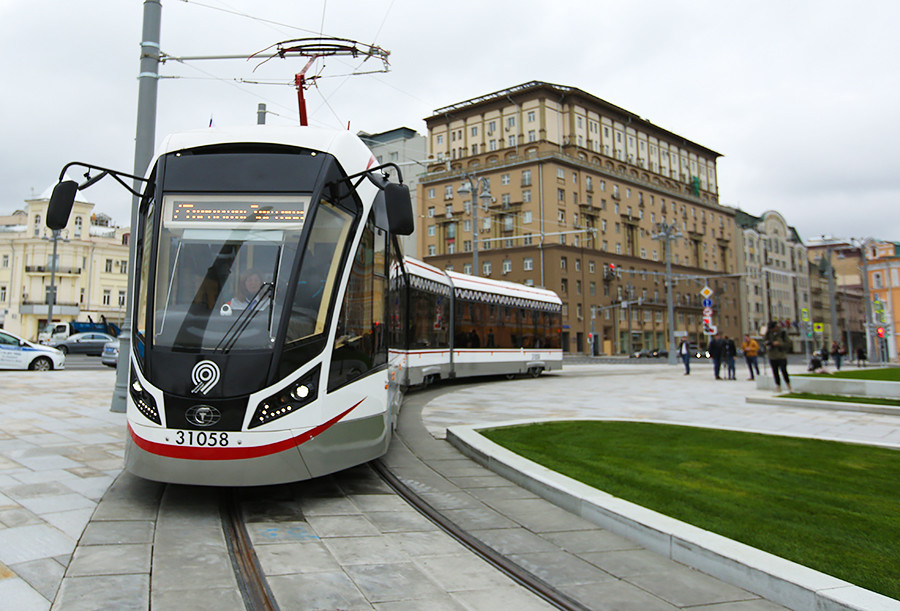 and trams can sometimes be quicker if you need to get somewhere far from the metro (this is rare). You can check the routes and plan your route in advance by checking this site: msk.rusavtobus.ru.

Or just use another Yandex app that shows buses and trams in real time:

You can also pay with Troika on all the trams, buses and trolleybuses. 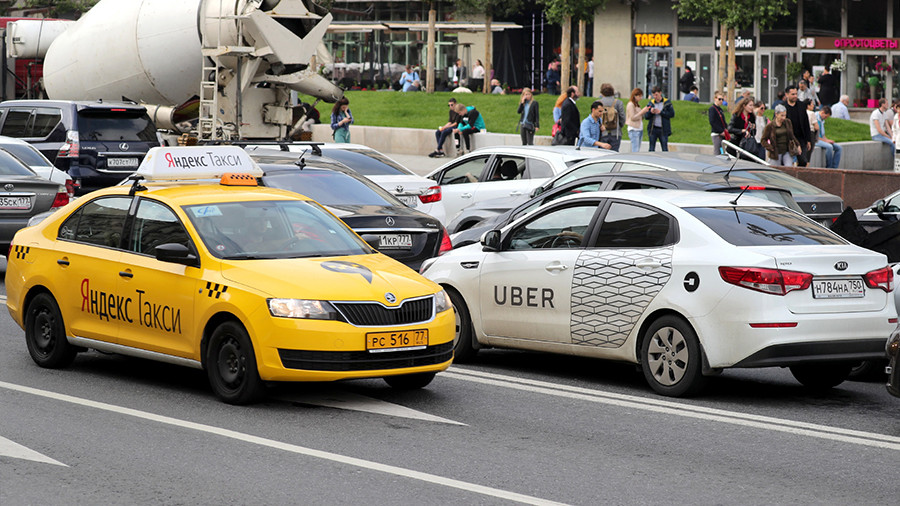 and its rivals have won - hailing a car not common in Moscow anymore. In fact, by hailing any old car you risk getting cheated and paying five times more than the regular price.

So, here’s your choice of apps. Interestingly, Uber X in Moscow costs almost the same as yellow taxis, but the latter can drive on public transportation traffic lanes, which will come in handy when trying to avoid traffic jams.

5. Is it safe to bike in Moscow 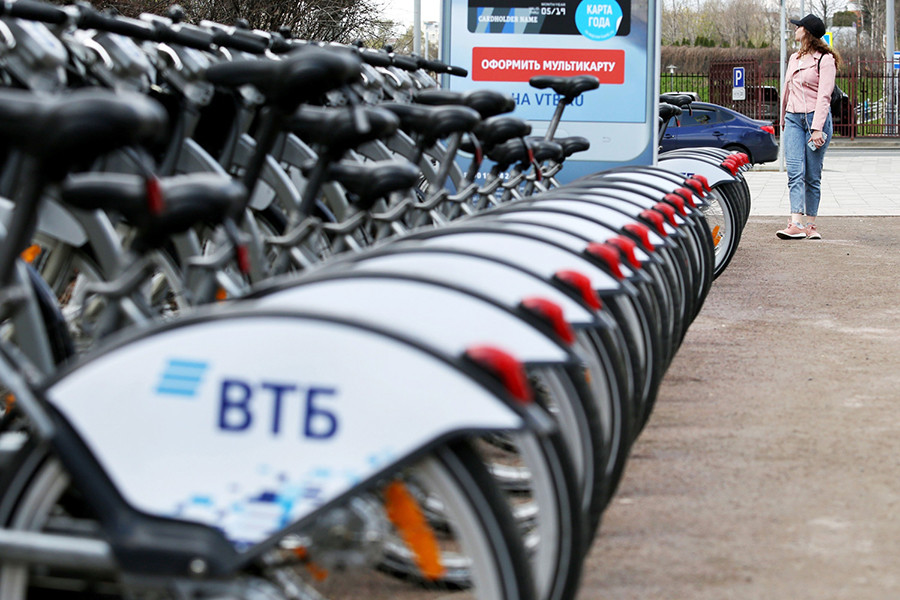 has more and more bike lanes and not only in the city center. Though both car drivers and pedestrians aren’t used to the cyclist culture yet, don’t get mad if you meet a woman with a baby stroller or lovers holding hands who are directly in your lane.

There are many cyclists driving on main roads without special lanes, but if it’s not prohibited with signs, go ahead but be extra careful. By the it’s easy to rent a city bike – read the step-by-step guide here. And here are some cycling routes to explore the best views of Moscow

6. How is the local coffee 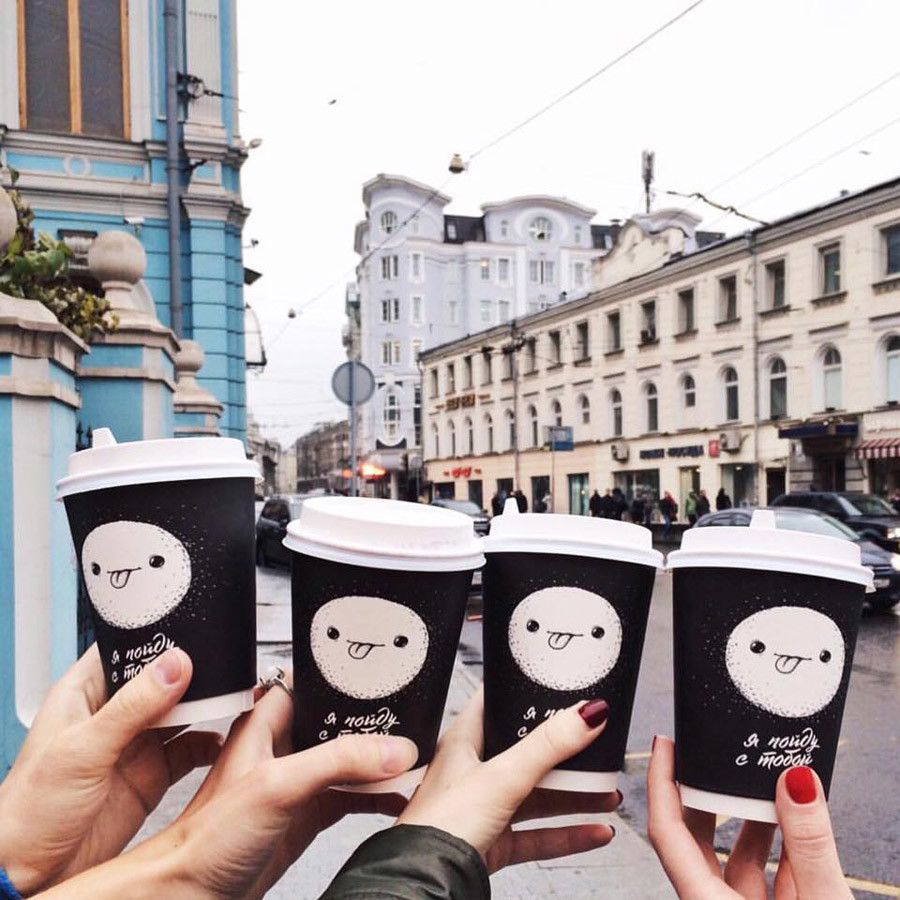 is passionate and obsessed with coffee, and small local coffee houses are opened on every corner. It’s a question of taste, but if you are sure Starbucks makes the best coffee in the world – then go for it. Locals frown upon big international and go instead to Pravda, Double B, Kofemania, and Kooperativ Cherny. 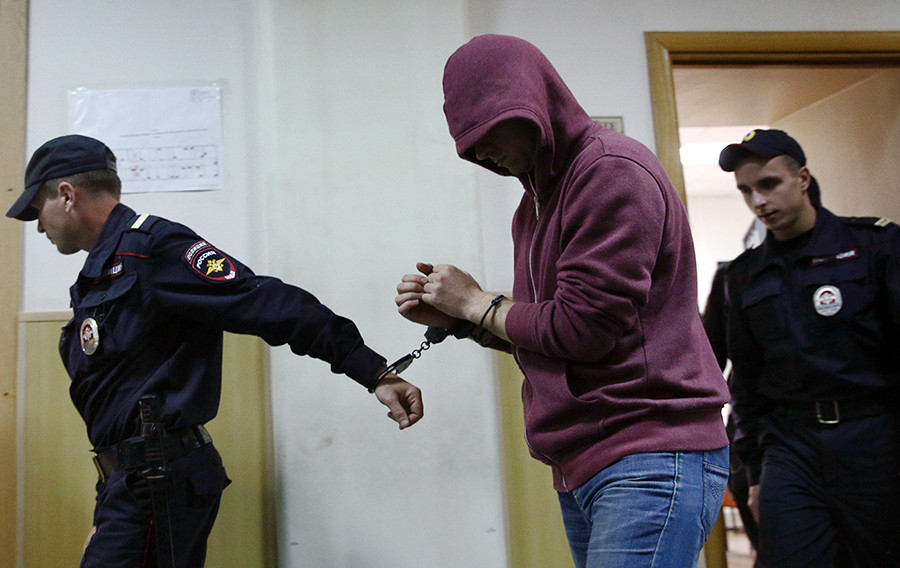 Security has dramatically improved in Moscow in recent years – there’s no need to glance over your shoulder frantically while returning back to your hotel late at night. Basic precautions apply – watch your wallet and your cell phone as local pickpockets can be quite talented. Street muggings, however, are very rare.

To take just one crime statistic in 2017: Moscow has a population of 12.5 million and registered 315 murders. By comparison, in 2017 there were about 292 murders in New York and 130 in London. Both cities have smaller populations than Moscow, each with a population of about nine million. On another extreme Rio de Janeiro with its 13 million people had 1,474 murders in just the first three months of 2017. 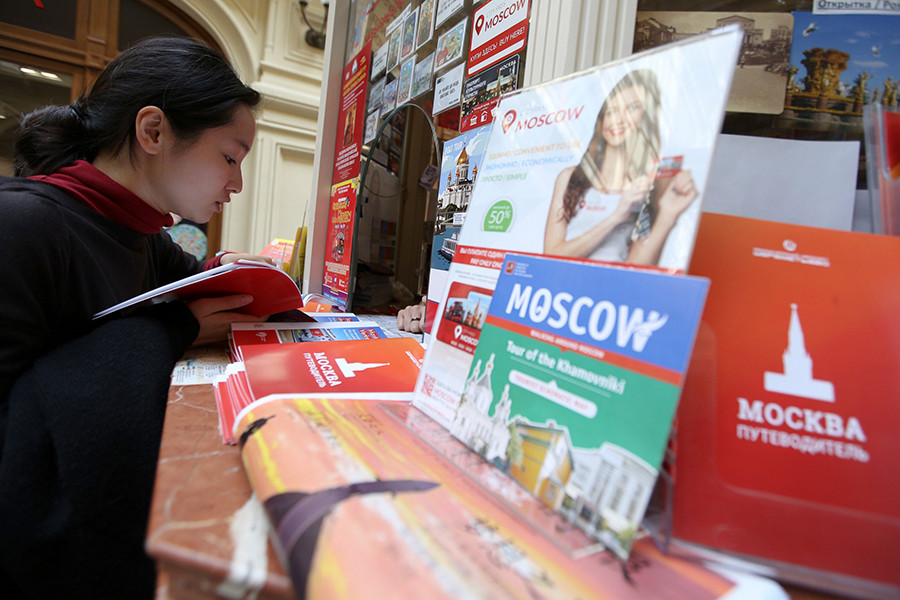 a tough one. In you have split chances of meeting someone who speaks English fluently, as those who can’t even say a word.

It often depends on the area – in central Moscow café servers and cashiers are more likely talk to you in English, but in remote you might have problems if you don’t know how to get to the metro. If you are stuck then Google Translate can help.

9. Can I find free WiFi anywhere? And is there an LTE 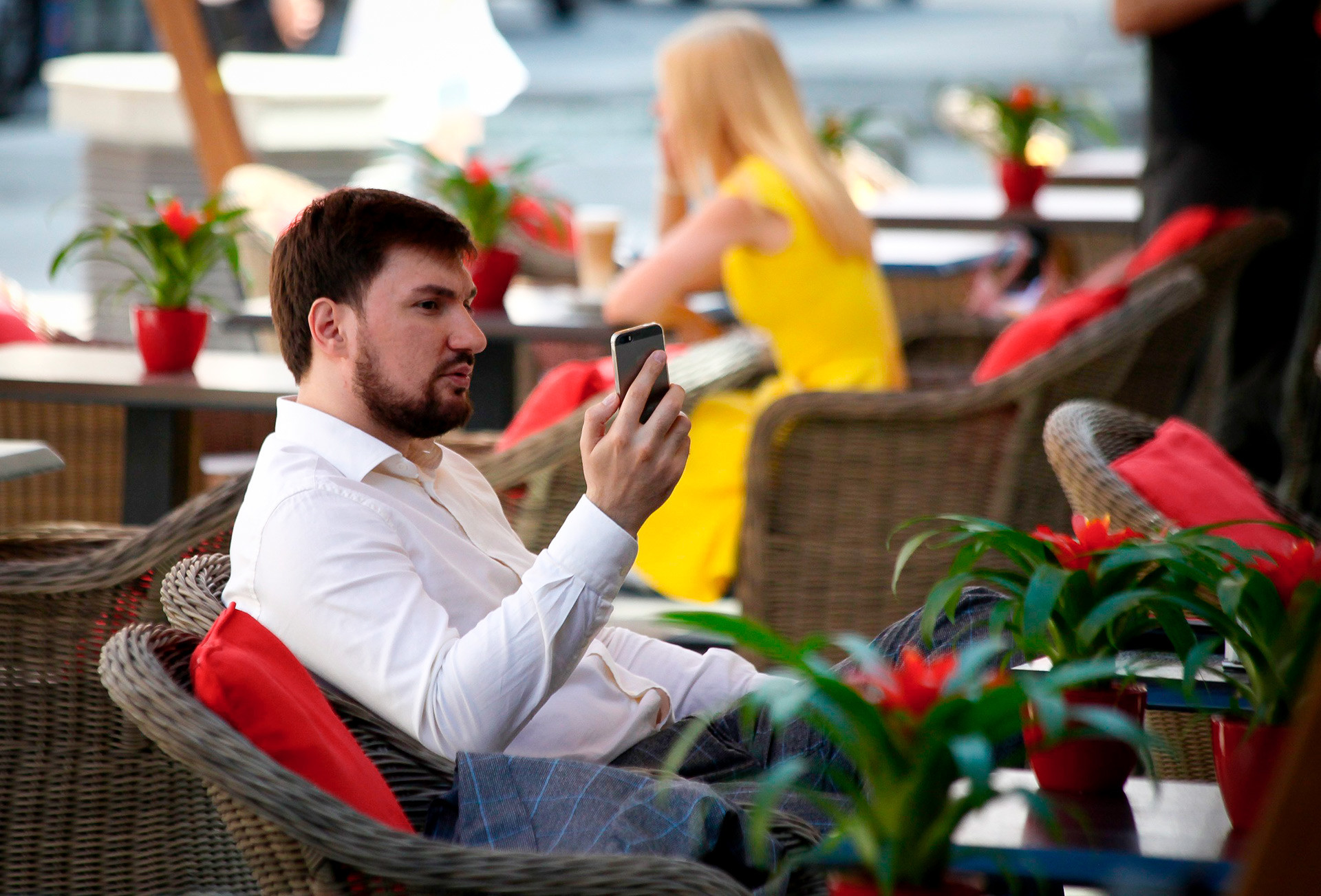 has free WiFi almost everywhere, including the metro, bus stops and parks. However, most places require registration with a Russian mobile number.

To get one, read our guide on how to buy a Russian SIM card. That will be a good thing to do because most mobile carriers have limitless data plans; you’ll be able to use all the handy mobile apps to discover Moscow on the go – while watching your latest Westland episode.

10. How much time do I need to explore Moscow 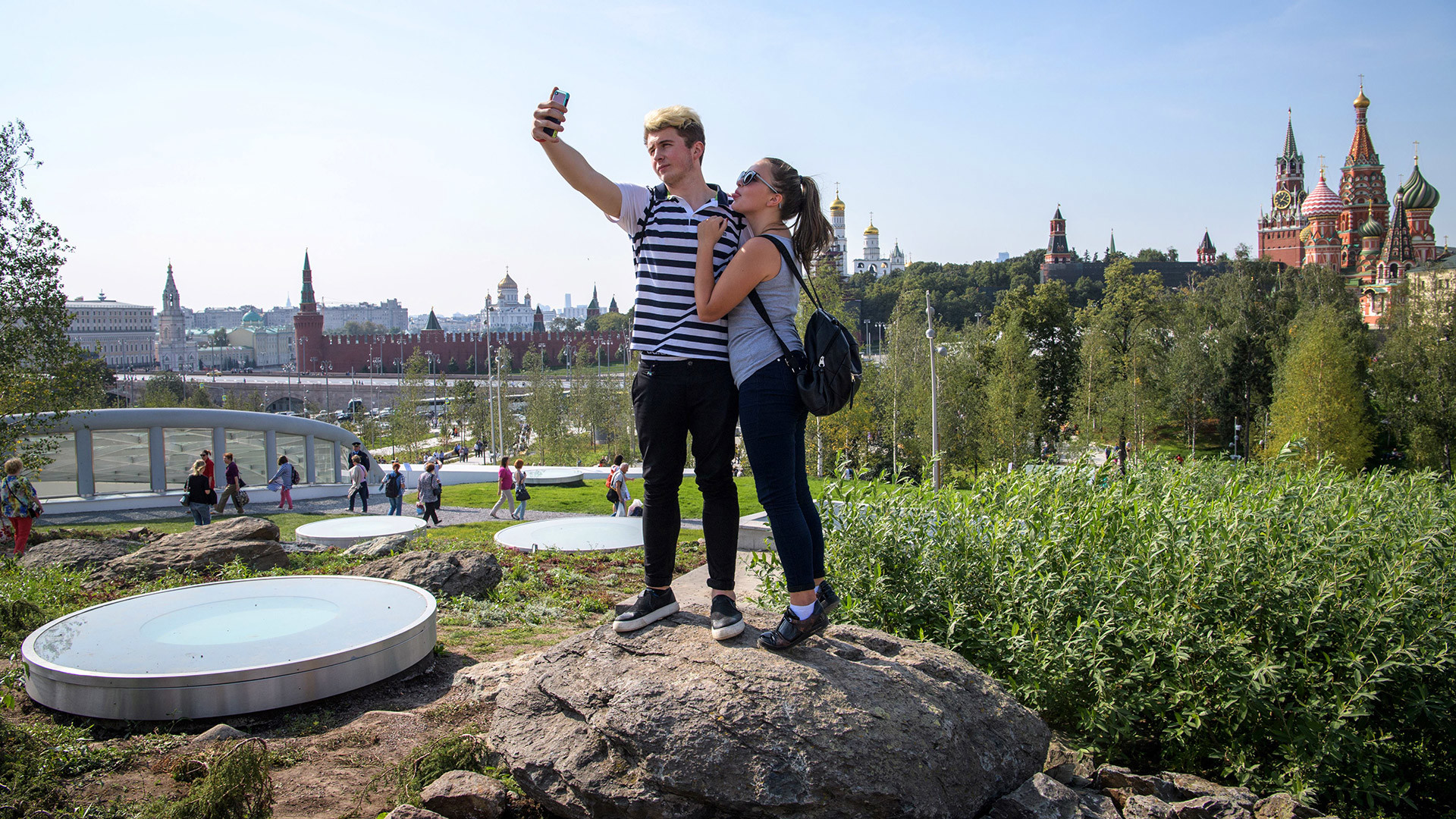 is a huge city, with sightseeing options in every district. If you want to discover all the main sights, visit major museums and walk in every great park – then we strongly recommend that you come for a whole week.

If you only have a day or two in Moscow, we’ve prepared a guide on how to better spend either 24 or 48 hours. You can download it, print and fold into a cozy guidebook.

- A new trendy thing in Moscow – electric scooter; find out how to rent one

- How to choose a hotel for different travel occasions

- How to get to central Moscow from Sheremetyevo, Domodedovo and Vnukovo airports