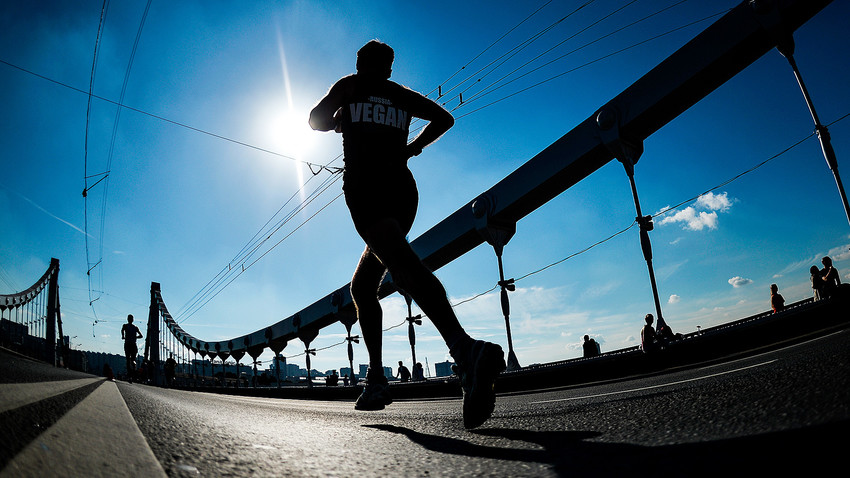 Vladimir Astapkovich/Sputnik
Dust off your running sneakers, stretch those limbs, and put one foot in front of the other. Now the weather’s improving you have no excuses.

Over the last five years or so running has grown in popularity in the Russian capital. Amateurs and professionals alike are donning their trainers more frequently and burning calories all over Moscow. Introverts, party people, and endorphin junkies are making strides in parks, on the roads, along embankments - anywhere they can. Russia Beyond presents Moscow’s main running spots. 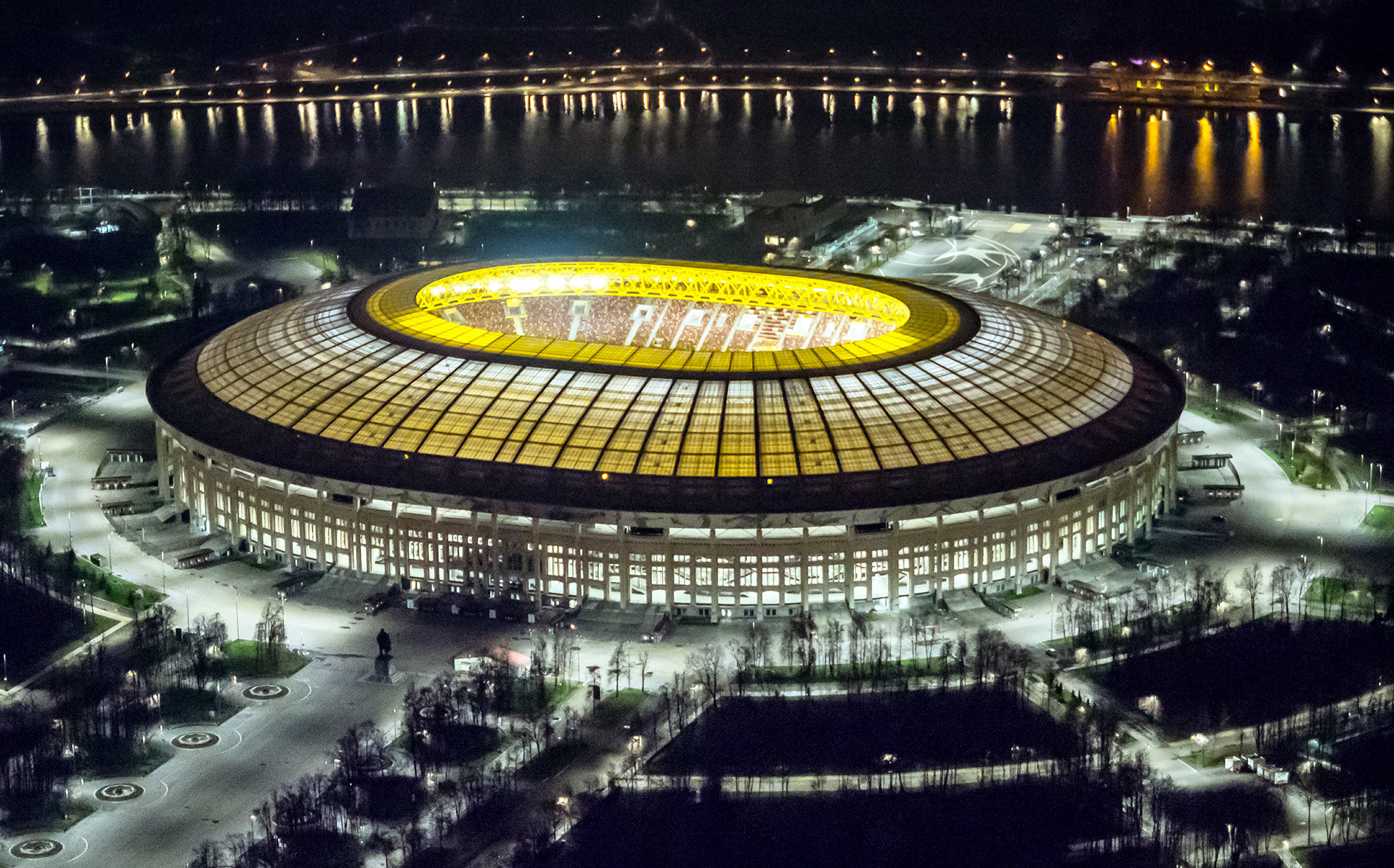 Who: For those who like to run with like-minded people

This is perhaps the most popular running route in Moscow. It loops around Luzhniki Stadium, along Novoluzhnetsy Lane, and Luzhnetskaya Waterfront. It has a running track made of rubberized asphalt (which is a good shock absorber for joints and soles), a view of the Moscow City skyscrapers and the MSU building, little traffic, and there are always many runners, since the itinerary is considered the best in Moscow (it will get tight on the tracks). You won’t get any rest from the city’s hustle and bustle, but you can make new friends here, stretch out on the equipped platforms, and safely leave your belongings at the Adidas Runbase. 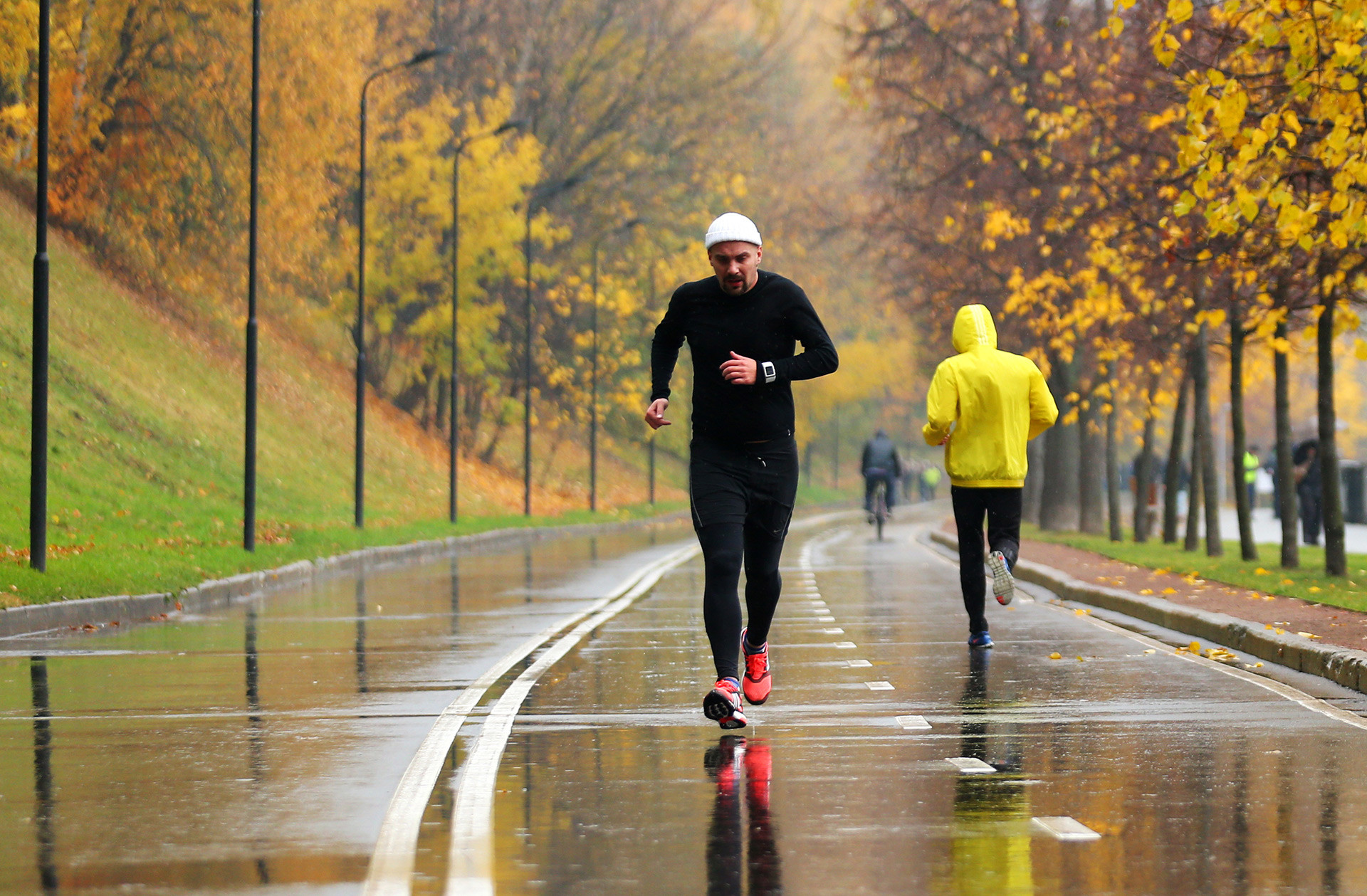 Start your journey by Luzhniki Stadium and jog along the riverfront.

Who: For those who enjoy an evening or night run

This track is lit up with buildings and objects with spectacular night illuminations. That’s why the best time to run here is after sunset. Start your journey by Luzhniki Stadium and jog along the riverfront. You will see the Russian Academy of Sciences building, which is nicknamed the “Golden Brainue the metallic decoration on the roof, the National Center for Managing Russia’s Defense, the Cathedral of Christ the Savior, Moscow’s bridges, and the former chocolate factory, Red October. 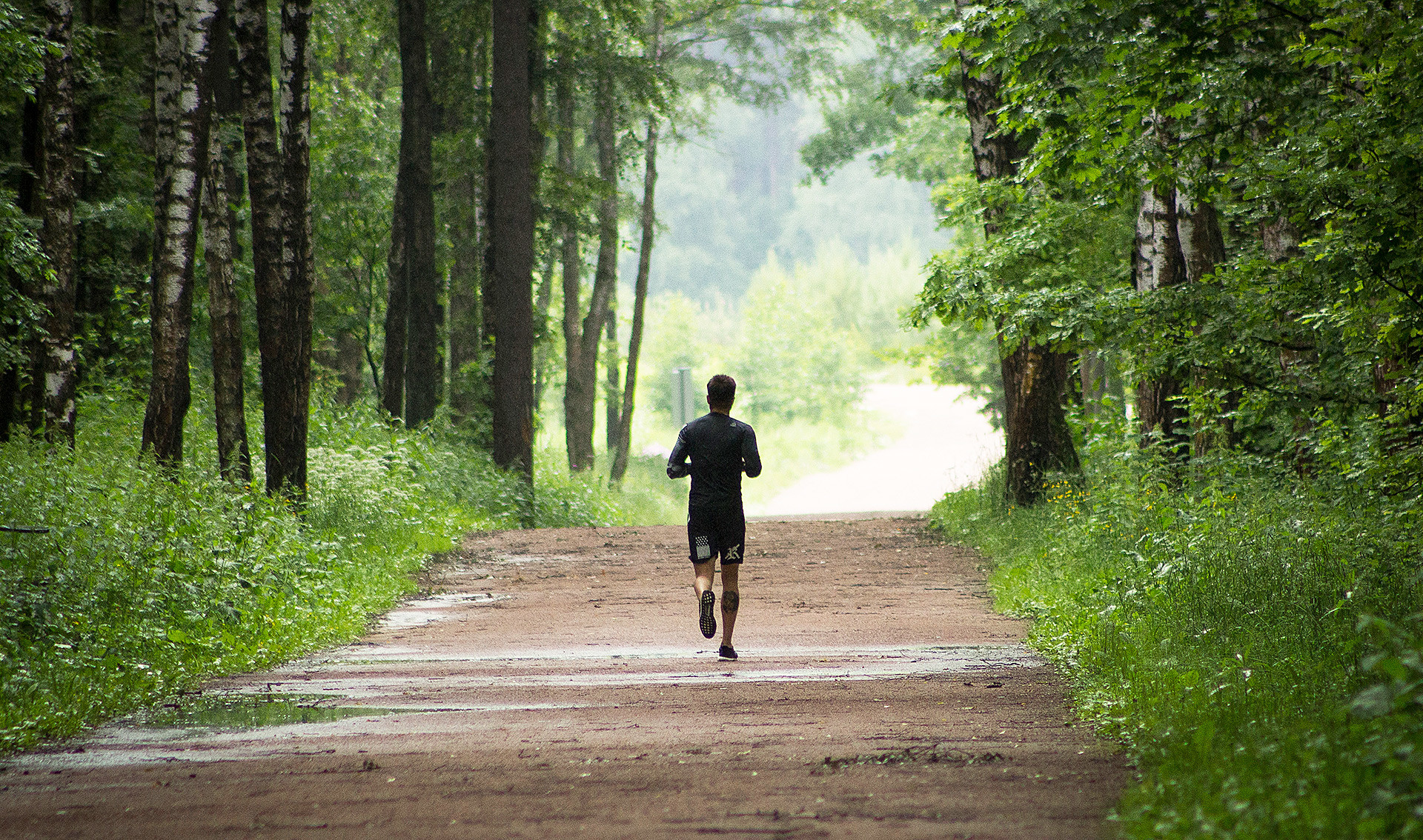 Who: For those curious about Moscow’s mansions

Starting place: From Voykovskaya metro station - it takes 15 minutes to get to the park from here

Pokrovskoye-Streshnevo is a former Moscow aristocratic mansion from the 17th century. Its owner was in the service of the first four Romanov tsars and was Peter the Great’s tutor. The main feature of this run in the manor house. Around it stretches a vast territory with a pond and old park with lime trees, birches, and oaks. The park has asphalt and dirt paths, clean air, and many approachable squirrels. During the week it is empty here so you can find some peace and quiet. But during the weekends many people gather by the pond. 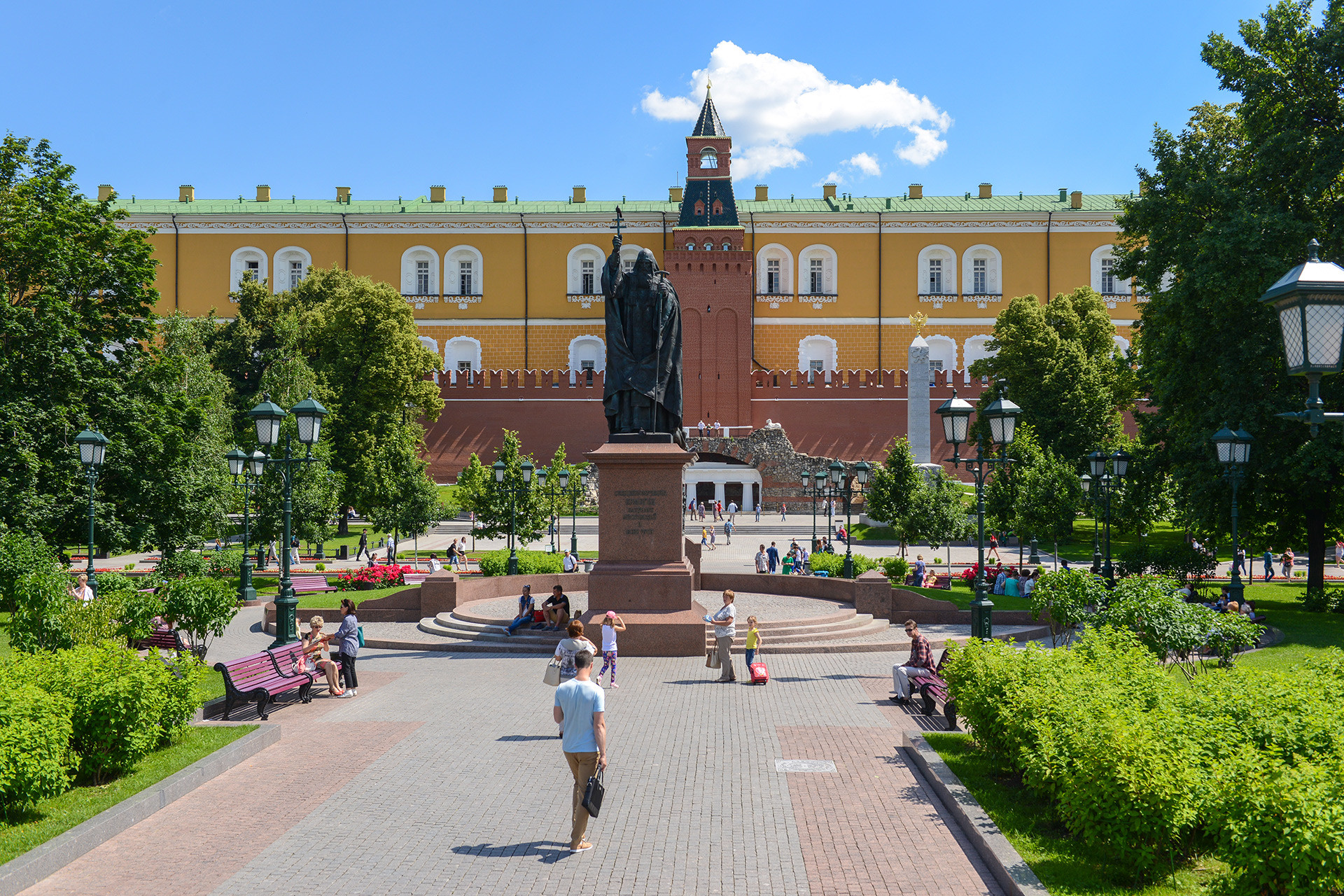 The best itinerary for a sightseeing tour of Moscow.

Who: For those who want to see central Moscow

Starting place: From Taganskaya metro station you can run towards the riverfront

This is the best itinerary for a sightseeing tour of Moscow. The route takes you past one of the city’s iconic classical buildings, Pashkov House, then past Lenin Library, the Historical Museum, Kremlin, Bolshoi Theater, and other important buildings of the capital. However, there is one issue you need to watch out for: Your GPS will stop working because of the jamming devices around the Kremlin. Be prepared. 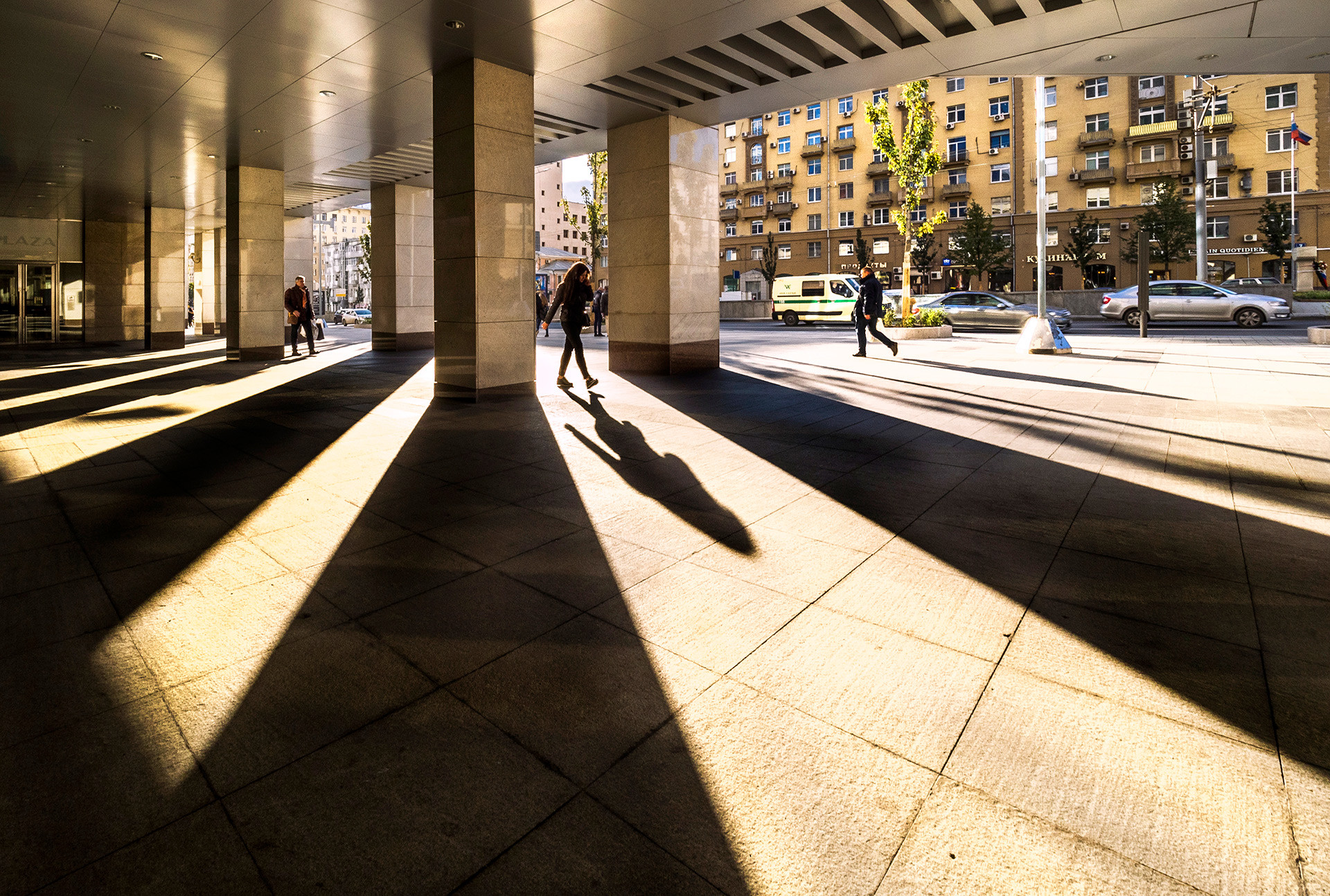 Run here early in the morning, while the air is still clean.

Who: For those looking to take it easy

From the 16th to 18th centuries, there were military barricades protecting Moscow from raids along this circular route. Today Moscow stretches far beyond these borders and the Sadovoye Ring delineates the city center.

Let’s be honest, however: This is not the best route for running. Although this is precisely why it attracts hundreds of people. There are no conditions for runners here: There are many cars, long rows of streetlights, and pedestrians who look at you with confusion. But Sadovoye is full of wide sidewalks, light, and great views of the famous Stalin high-rises, theaters, philharmonics, architectural monuments, and the Moscow River from the Crimea Bridge. Run here early in the morning, while the air is still clean. 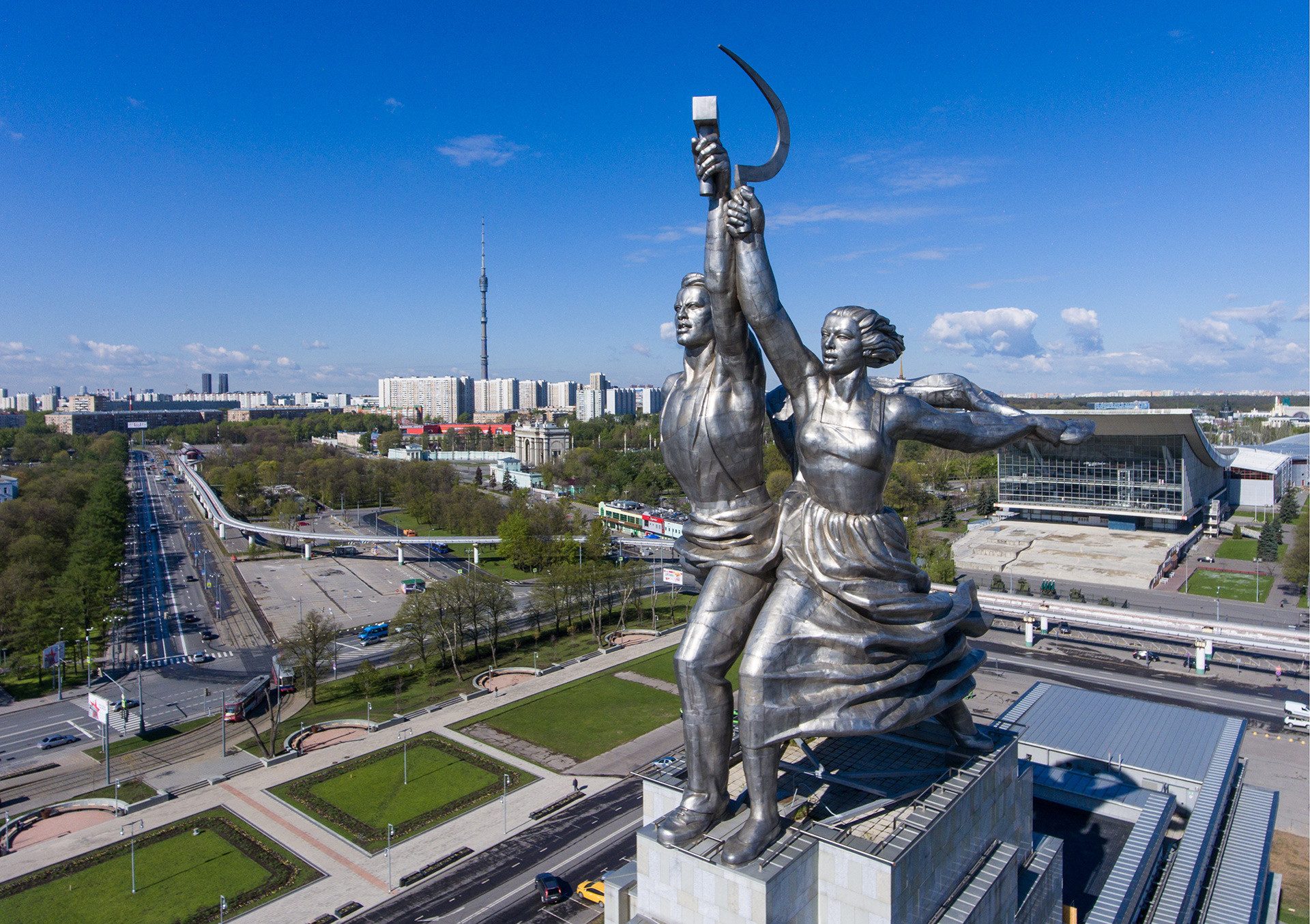 It has broad lanes with restored pavilions and fountains, so running here is pure pleasure.

Who: Admirers of Soviet architecture

VDNKh (Exhibition of Achievements of National Economy), one of the most prominent examples of Soviet architecture, has always been popular with runners. It has broad lanes with restored pavilions and fountains, so running here is pure pleasure. Start by the arc of the main entrance and run deep inside along the central lane. The route will continue over 3 km because VDNKh’s territory smoothly merges into the territory of the Botanical Gardens, which is basically endless. 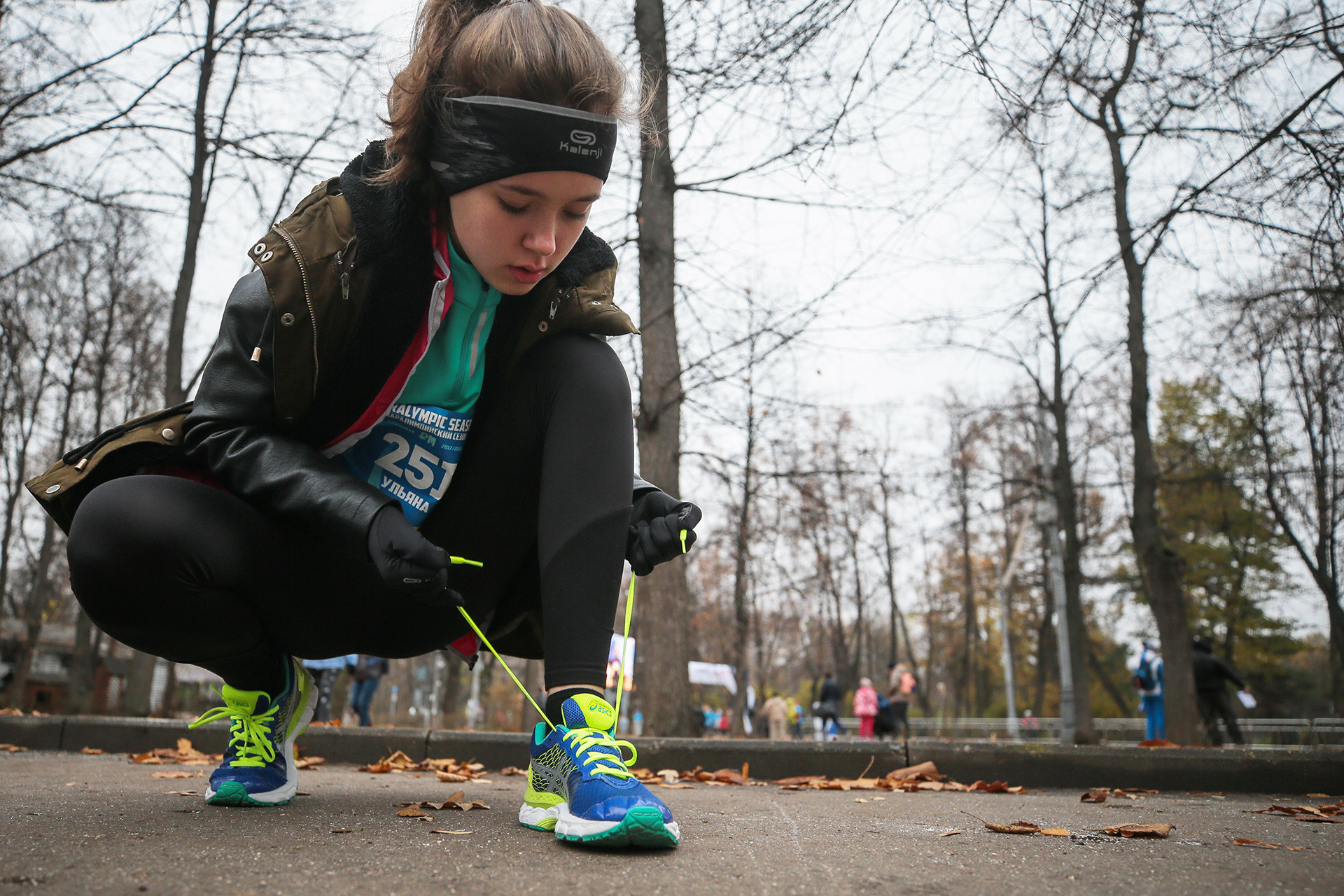 Who: For those craving rugged terrain

Starting place: From Timiryazevsky metro station turn onto Academic Lisitsin Street and walk until Timiryazevskaya Street. When you see the forest, you know you’ve arrived.

This is definitely not a place for those you like smooth surfaces. It is one of Moscow’s largest forest parks and it is easy to get lost here. But with a GPS you will not have this problem. Timiryazevsky Park always has clean air and many routes skirting rugged terrain. There are also many dog-walkers here.