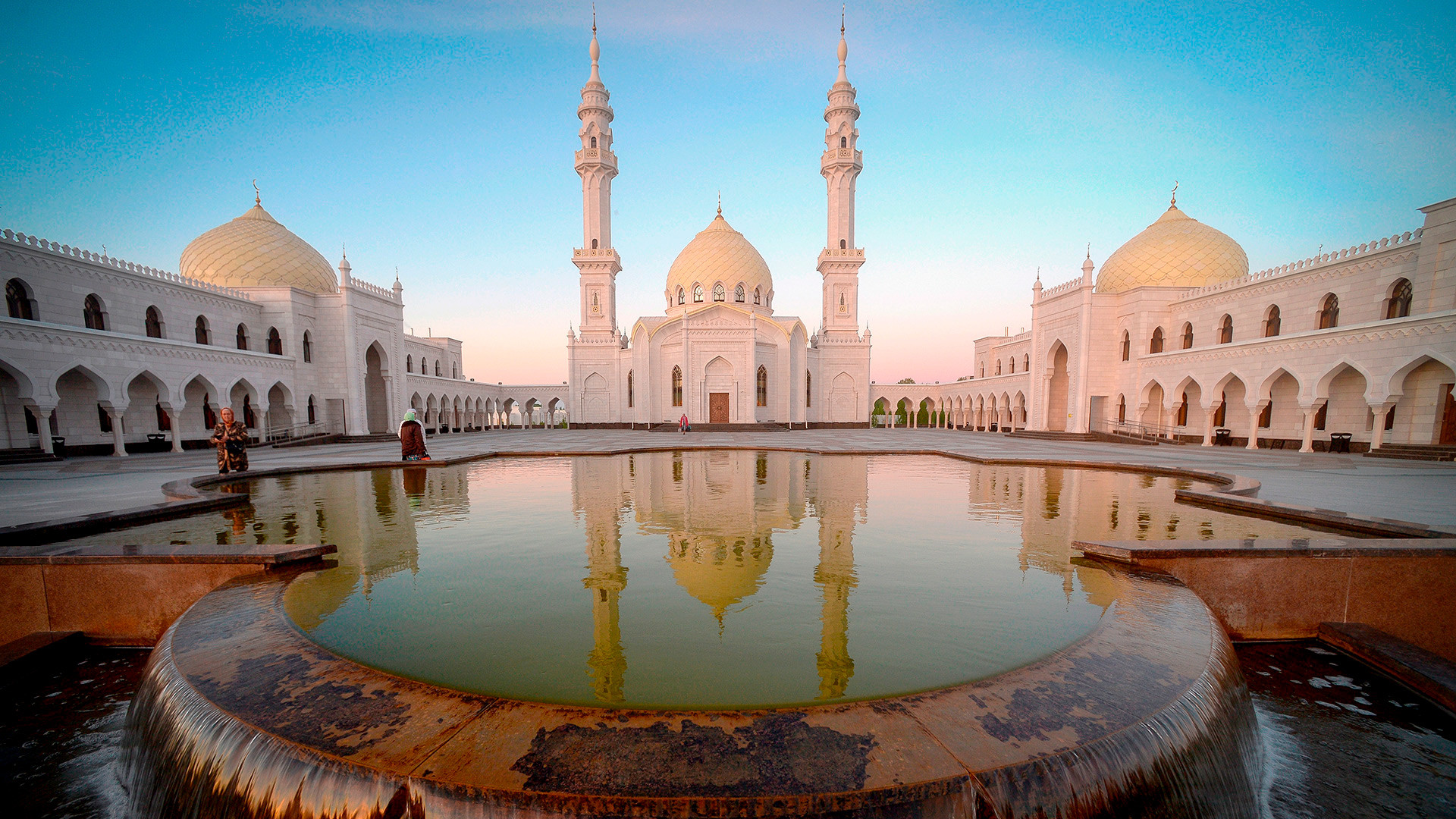 Ak Jami Mosque in the city of Bulgar.

A quaint Slavic country on the southern tip of the Balkans, famed for its beaches, roses, and ski resorts. This is probably the first thing that’ll come to mind when you hear “Bulgaria.”

But have you heard about the other Bulgaria? The one in the middle of Russia?

In fact, the nation of Bulgaria has a lesser known cousin hidden in the hinterlands of the autonomous Republic of Tatarstan: Bolgar. Although it may be less famous, Bolgar has no less an illustrious history, it’s one of the most ancient cities in Russia.

The Proto-Bulgars: Kubrat and his 5 sons

Long before the Mongols, the Eurasian steppe was dominated by another great Turkic empire, the Proto-Bulgars, whose state was centered around the Sea of Azov (modern Russia and Ukraine). Known to be equally as skilled in nation building as in warfare, they built massive stone citadels wherever they set foot. Under the legendary Khan Kubrat, the Proto-Bulgar empire came to cover much of the Black Sea Coast. 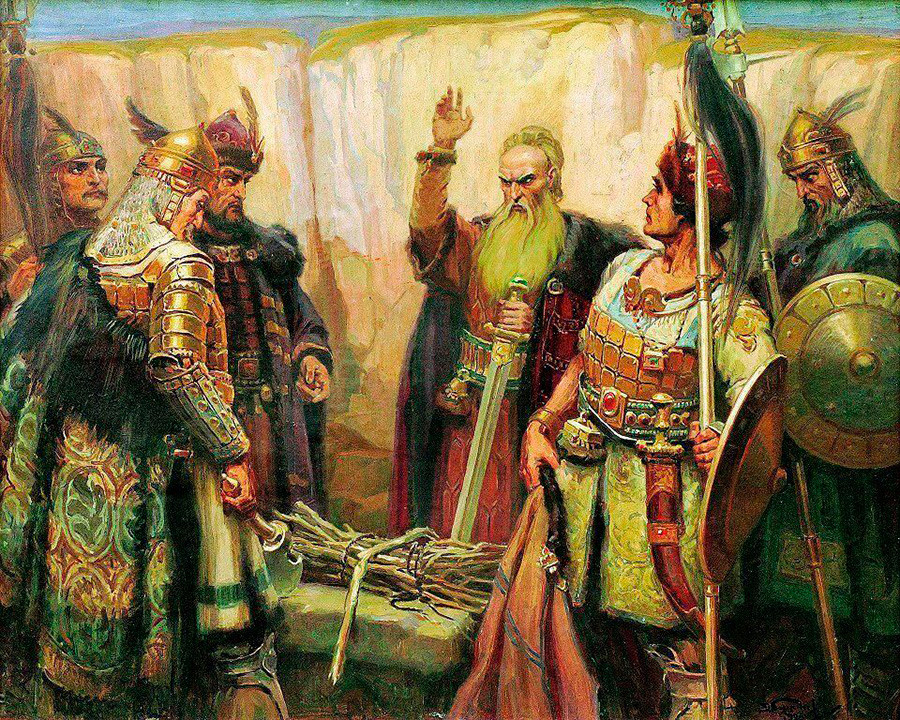 After Kubrat’s death, however, his five sons decided to part ways, each going in a different direction to run their own state. The two most successful were Asparuh, who founded the Bulgaria we know today, and Kotrag, who wandered northwards along the Volga.

Renaissance on the Volga

Eventually, Kotrag’s Bulgars settled down on a pleasant piece of real estate along the Volga River and established the great city of Bolgar, a true Eurasian metropolis. After a few campaigns against their neighbors, the Volga Bulgarians, as they came to be called, established a vast empire in the heart of Russia.

In 922, the ruler Aydai Khan converted to Islam and invested in the construction of madrassas and mosques. Meanwhile, his state became a major middleman along Silk Road trade routes. Tombstones attest to a large Jewish and Armenian district, and travelers like ibn-Fadlan hailed to the Khan’s emphasis on education. Bolgar had become the center of Islamic civilization in Eastern Europe.

Fast forward Mongols, and Russians, Bolgar still remains an important site within Russia. Sitting on a calm bend of the Volga River, the remains of the city include stone citadels, mosques, and tombs that attest to a strong state skilled in masonry.

These remains of Volga Bulgaria are viewed as the origin of all Muslims living along the Volga today, particularly the Tartars and Bashkirs. Once a year, they visit Bolgar in a religious pilgrimage known as the “Little Hajj.” To this day, many Tartars consider themselves to be first and foremost Bulgars.

Bolgar is not just a regional monument. It’s an official UNESCO World Heritage Site acknowledged as an integral part of the history of the entire Russian nation. In fact, Bolgar was the first protected heritage site in all of Russia. 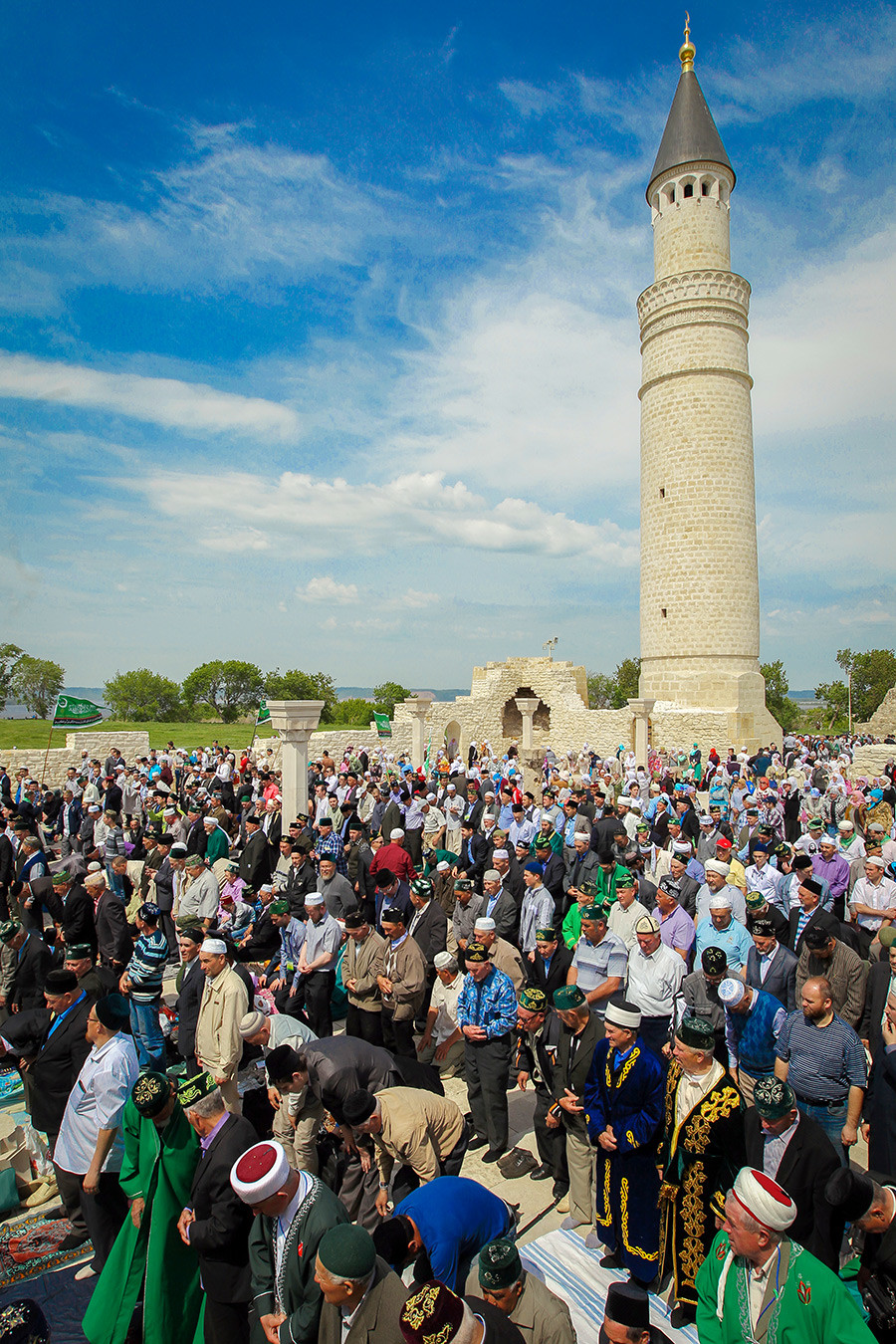 In July 1722, Peter the Great personally ordered the governor of Tatarstan to renovate the site:

“Mr. Governor! During our stay in Bolgar, we saw that the ancient Bolgarian bell towers are ruined, and they must be restored. For this reason, now send twelve or fifteen masons.”

The point is before there was the Winter Palace, the Kremlin or Novgorod there was Bolgar, the home to a mysterious civilization that once dominated Eastern Europe.

So, the next time you visit Russia, be sure to take a detour to the Autonomous Republic of Tatarstan and discover the other Bulgaria, which comes out to be far more important than you would have thought.

What to visit in Bolgar

The best way to visit Bolgar is from Kazan. Hydrofoils travel to the site daily along the picturesque Volga. The historical site lies conveniently along the Volga, with a mini-port and an archeological museum. 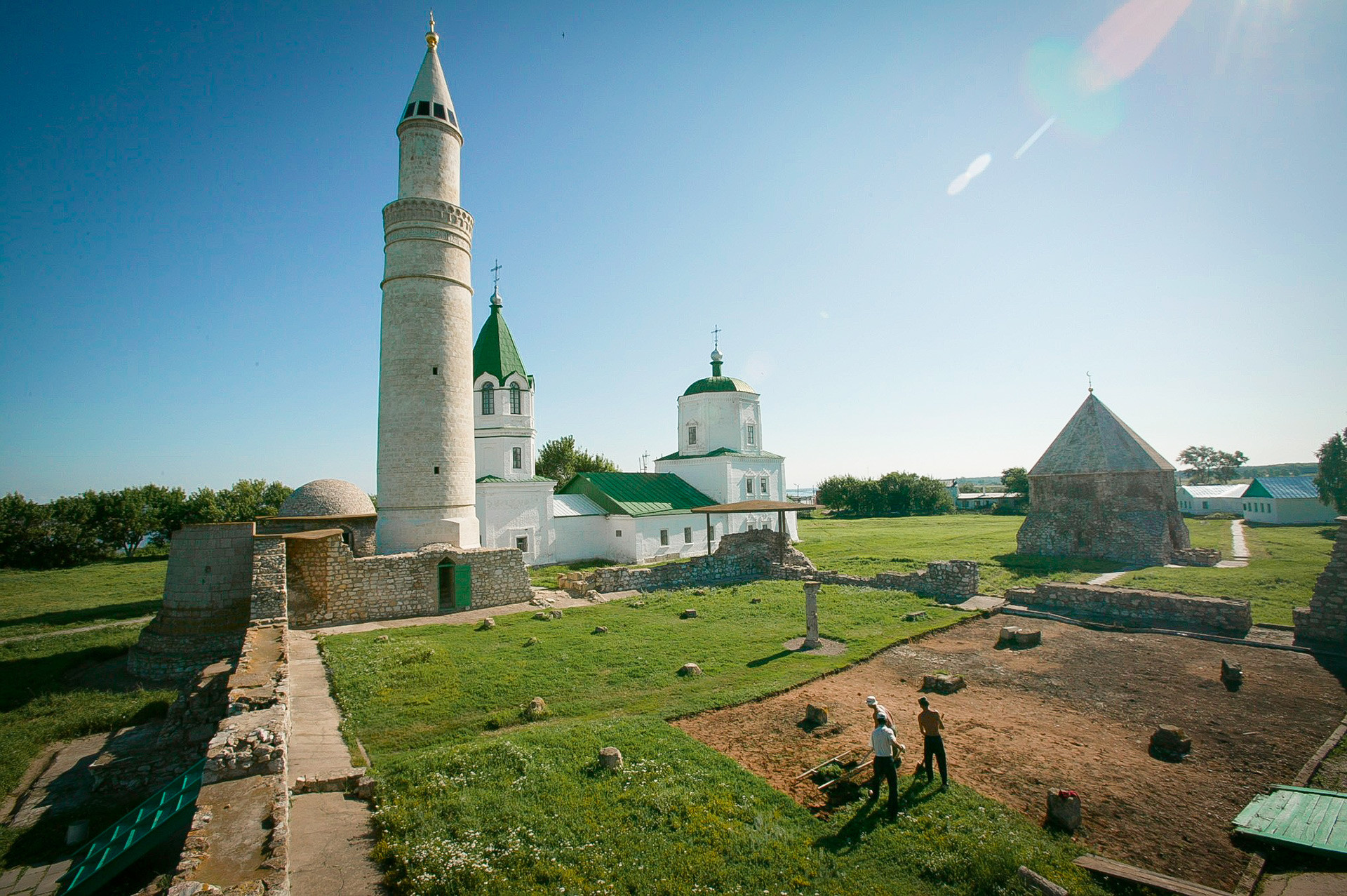 Most of the ruins left in Bolgar are from the period when it served as the capital of the Golden Horde. Mausoleums, palaces, mosques and Orthodox churches dot the terrain. Be sure to visit the Cathedral Mosque, the Black Chamber, and the East Mausoleum, the 700-year-old burial chamber for Bolgar nobility. Also be sure to check out the remains of the vast Khan’s palace and the hidden well of Gabdrakhman, whose waters are said to have healing powers.

Bolgar’s newer buildings are equally as impressive. The “Memorial Sign,” a shrine to the adoption of Islam, houses the largest printed Quran in the world. (The book weighs 500 kg!) The massive White Mosque is a reconstruction reaction of its ancient predecessor which was destroyed in the 15th century. The expansive complex is a true gem of Tartar architecture.

For a filling Tartar meal, the site features the restaurants Zuleika and Genghis Khan and a Tartar McDonalds: Tubetey. There are a few hotels nearby as well. For more information check out this site.