Massacres on the Volga: Hadi Taqtaş, the killer gang that ruled Kazan 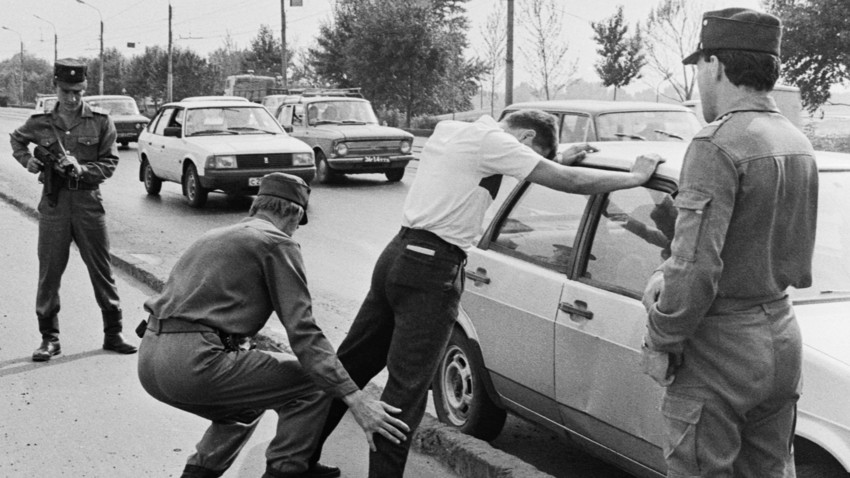 Kazan police officers detain a suspect during a raid, 1992

Mikhail Medvedev/TASS
From the 1970s to 90s, Kazan (717 km east of Moscow) - the capital of Tatarstan and one of the biggest cities in Russia - was infamous for its organized crime. It was considered one of the most dangerous places in the country thanks to the notorious Hadi Taqtaş mafia, who were led by a man who modeled himself on Don Corleone.

“He has a cemetery in each eye,” people said about Radik “Raja” Galiakberov, the leader of the Hadi Taqtaş gang based in Kazan, during the trial in 2002. By that time Hadi Taqtaş was so powerful that witnesses would only testify using voice-changing apparatus from separate rooms as they were too scared to come face-to-face with the criminals.

The mob threatened the state: If Raja and his men were sent to jail they would kill Mintimer Shaimiev, the head of the Tatarstan Republic. This didn’t work though, and Galiakberov and his right-hand man received life sentences, the rest of the gang – from eight to 22 years. The sentences were severe but fair.

This term appeared in newspapers back in the mid-1980s, describing a surprising outbreak of crime in Kazan, especially among teenagers. It was not organized crime: Crowds of teens from different neighborhoods were chaotically beating each other (sometimes to death) and mugging the public.

“It was not a local problem,” Lyubov Ageeva, a journalist from Kazan, wrote in her book The Kazan Phenomenon: Myth and Reality. Many cities in the slowly degrading USSR faced the same problems. “By juncture, Kazan turned out to be one of the first cities where the multitude of social vices triggered something very palpable and unattractive.”

“The Kazan phenomenon” term, however, went viral and Kazan was unwillingly portrayed as some sort of Sin City in the Soviet press. And after the collapse of the USSR, Tatarstan’s capital faced something more serious than youth gangs terrorizing the locals. The real mafia emerged.

Killers named after a poet

Hadi Taqtaş was a Tatar poet from the early 20th century. There is a small street in Kazan named after him where many of the gangsters lived in the 1980s, so they also adopted the name. These thugs rose from bad behaving teens to feared gangsters who operated from 1993 to 1997.

Even by the harsh standards of Kazan gangs, Hadi Taqtaş mobsters were extremely violent. Soon after the gang became powerful, controlling several shops and factories, two its leaders turned guns against each other. Both of them were killed, along with a dozen other henchmen. After that, the young but very cunning and aggressive Raja Galiakberov took power into his own hands.

‘The Godfather’ and his empire 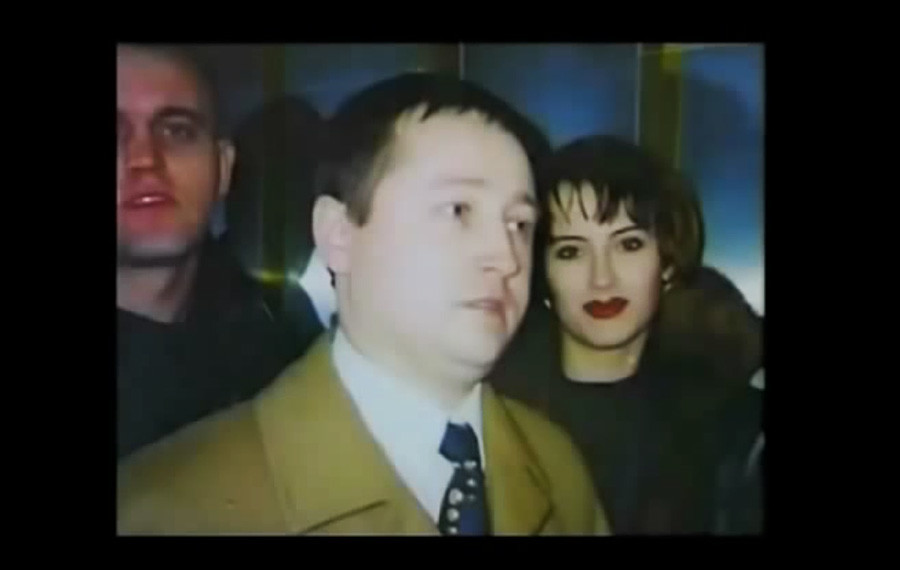 Radik 'Raja' Galiakberov during his trial.

Reporters from the Hadi Taqtaş trial mentioned that Raja seemed quiet and very intelligent. He adored Marlon Brando’s role in the Godfather and acted a bit like Don Corleone. He was by no means opposed to using extreme brutality: Once he and his men chopped up his rivals within the group with axes. The well-educated Galiakberov reportedly called one of his victims the “Venus de Milo” after the ancient Greek sculpture with no arms...

Under the rule of Raja, Hadi Taqtaş reached its golden age. They controlled all drug traffic in the city where more than a million people lived, squeezing cash from around 50 companies and banks, and seizing power of several important factories. They also had a big share in the city’s prostitution business and organized dog fights.

‘The city is ours’

Raja’s mobsters had their own : “Hadi – the city is ours.” Nevertheless, it wasn’t quite right. Other gangs in the city rivaled them and were constantly vying for control of Kazan. Raja even organized a special department within his structure: A bunch of professional assassins whose only job was to kill gangsters from opposing groups. 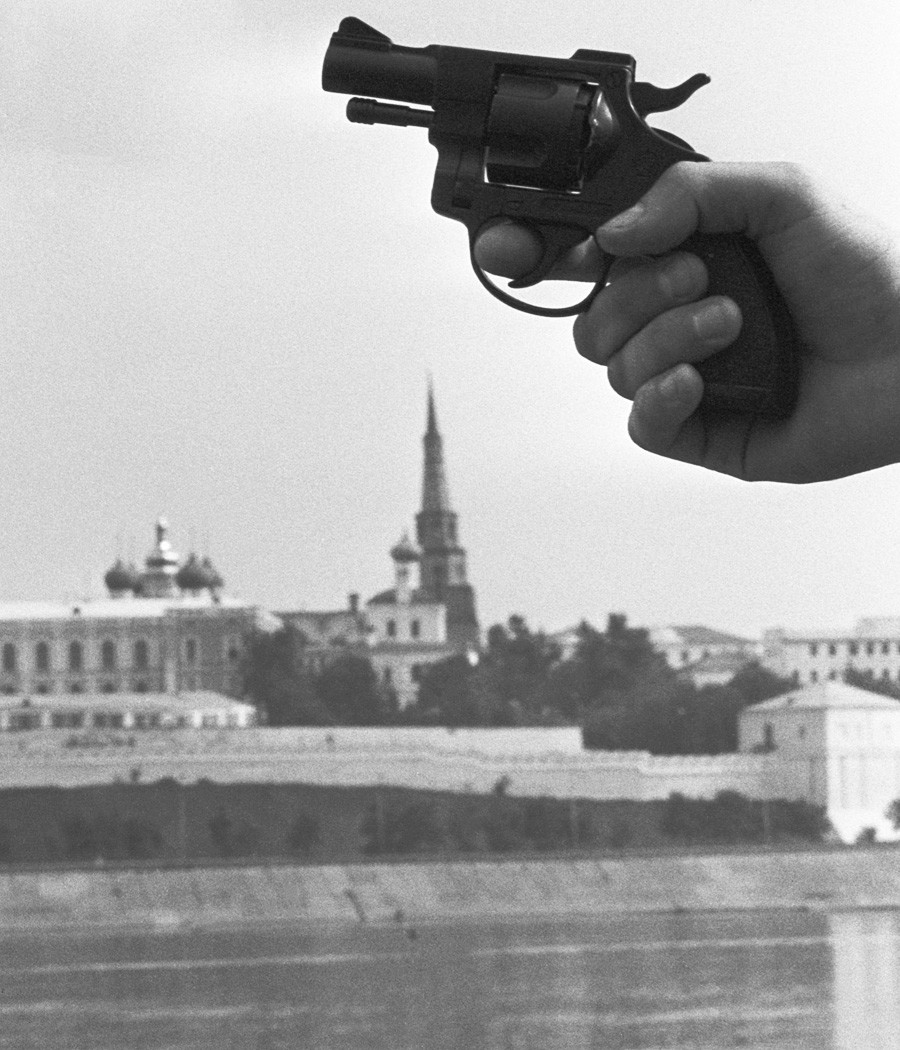 The situation in Kazan was pretty rough back in the 1990s,

The assassins were effective and killed dozens of people, but after one murder their luck ran out. One assassin was caught and arrested, triggering an investigation by the authorities into Hadi Taqtaş.

“The Godfather” Radik Galiakberov never admitted his guilt in court, repeating: “I’m not Raja, I’m Radik, a legal businessman.” In 2014 a police officer visiting him in his prison (“Black Dolphin,” Russia’s jail) he’s still hoping to get his sentence annulled and go free. However, it’s unlikely to happen.