Deadly dolphins: The story of frogmen in the Soviet Special Forces 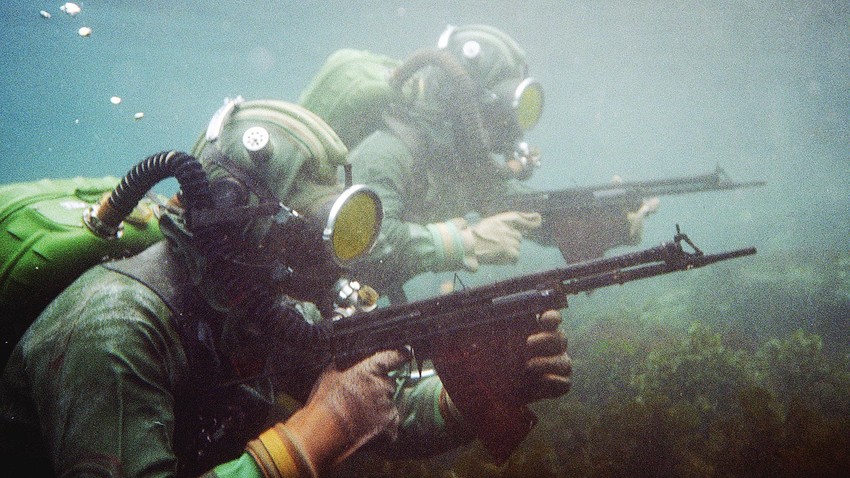 Special Forces frogmen on a mission in the Barents Sea

Oleg Lastochkin/RIA Novosti
The Dolphin unit, made up of Soviet frogmen, was quickly formed after the outbreak of World War II. This unit played an important role in the defeats of Germany and Japan, and for many years, these fighters remained indispensable underwater scouts and saboteurs who secretly participated in many of the conflicts of the Cold War. Only in the 1990s did the glorious story of the Dolphin unit end.

Imagine you are on a mission to blow up a naval base of your adversaries. You skydive into the sea, with the aid of a parachute, 30 kilometers off the coast. You might find yourself in the middle of a terrible storm, but it doesn’t matter—the only thing that matters is the task ahead of you.

You swim, passing naval mines, signal and other traps. You are in constant danger. Beneath you is the black abyss of the sea, above you are floodlights and well-armed guards looking out from the coast. Your load is heavy and the chances of failure, and even are great. Sound scary?

Such a mission wouldn’t sound so frightening if you were a frogman and member of the Dolphin unit, a special underwater unit of the Special Forces of the USSR. You would be well-prepared for the job, and after completing the necessary training, the task of blowing up a naval base would not seem like such a hard mission.

Your training would be something truly special, even by military standards. As a cadet, for seven weeks you would sleep for only three or four hours a day. Each of these days would be filled with 15 hours of study, in addition to hardcore physical exercise.

The Dolphins needed to be able to survive in almost inhuman conditions. So, of course, not just anyone can make it into this unit. Out of 20 cadets, only one will make it past this initial phase of training. 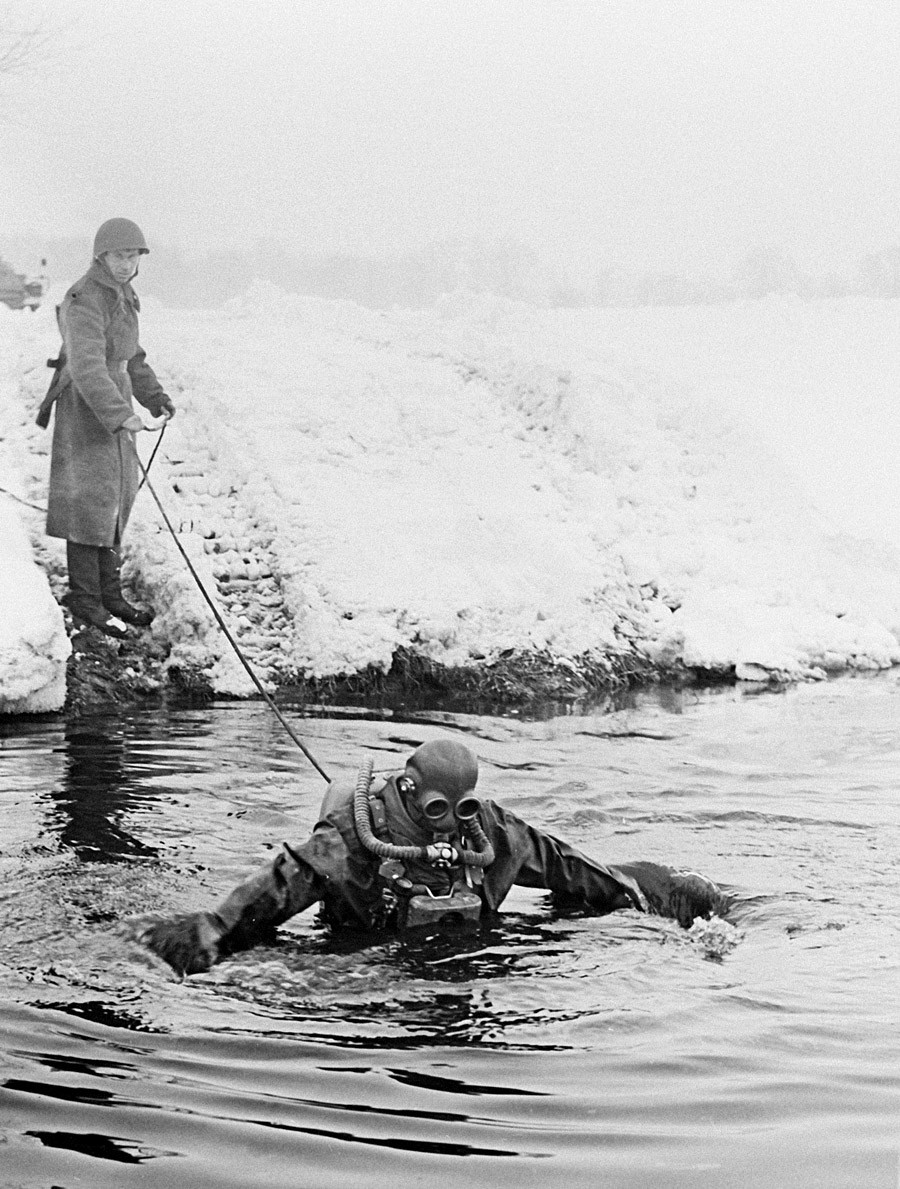 A Soviet frogman scout during the military drills in East Germany.

Dolphins needed to be able to survive in almost inhuman conditions. So, of course, not just anyone can make it into this unit. Out of 20 cadets, only one will make it past this initial phase of training.

However, this is just the beginning. During the next phase (of 11 weeks) you will learn to fight using any weapon and even without any weapon at all. You will learn how to drive different types of vehicles, how to parachute, mine and climb. You and your fellow cadets will form groups of twos, three and four during this phase. Your groups will learn to exchange small commands that will enable you to act together like a one-piece mechanism. This level of cooperation will be an absolute must on any mission.

Your groups will learn to exchange small commands that will enable you to act together like a one-piece mechanism. This level of cooperation will be an absolute must on any mission.

The last phase continues for eight weeks. During this time, you must pass through training on different naval bases and learn how to act in specific territories. Frogmen each have different regions they specialize in, such as Latin America, North America, Southeast Asia, the Middle East and so on. The interests of the Soviet motherland must be protected everywhere!

Fighting Nazis and the Japanese

Military frogmen first appeared in the USSR at the same time they did elsewhere in the world, during the grim days of World War II. Created August 1941, these new units had a mission to collect information, blow up and bridges and sink the boats of their adversaries.

These units became indispensable, especially in Leningrad (now St. Petersburg), by helping to establish the infrastructure of the “Road of Life” that was built across Lake Ladoga and was the only way to transport supplies to the city during the blockade. Despite heavy bombings, the frogmen tirelessly repaired the road.

The USSR defeated Germany. Soon, the Special Forces, including frogmen, were used in the war in the east, helping to defeat Japan. When the war was finally over, the government decided to dissolve the special unit of frogmen.

Different leaders, including the famous marshal Georgy Zhukov, made attempts to reorganize the naval Special Forces, and this was done in the late 1960s. In 1970, a special unit named Dolphin was recreated within the GPU (the Main Intelligence Directorate) of the Special Forces. The Soviets then had to catch up with Westerners in terms of technology, and armament for their frogmen.

They succeeded and equipped these underwater soldiers with arms, including APS underwater rifles and SPP underwater pistols.” The Dolphins also had special Piranha submarines at their disposal. These small boats were able to transport frogmen distances of up to 1000 miles, acting without assistance for up to 10 days.

All around the world

As tensions grew throughout the Cold War, Dolphins were always at the ready. In the case of a full-scale war, they would have tried to destroy all Western communication across the Atlantic and Pacific, cutting the USSR’s enemies off from each other. As you may know, that never happened.

However, frogmen still had no time to sit idly. They took part in almost every Cold War conflict, and there were a lot. They were involved in Nicaragua, Angola, Mozambique, and Ethiopia, to name a few. Of course, their participation was always unofficial, and they were formally used as military advisors.

The Dolphin unit was again dissolved in the 1990s after the collapse of the USSR. This doesn’t mean, however, that the skills of the military frogmen are lost. All of the personnel, and their techniques, are now used throughout different units of the Russian Special Forces.