This Belozersk wooden church impressed Prokudin-Gorsky, but will it survive?

Travel
William Brumfield
The church serves as a reminder that Russia’s history was built in wood. 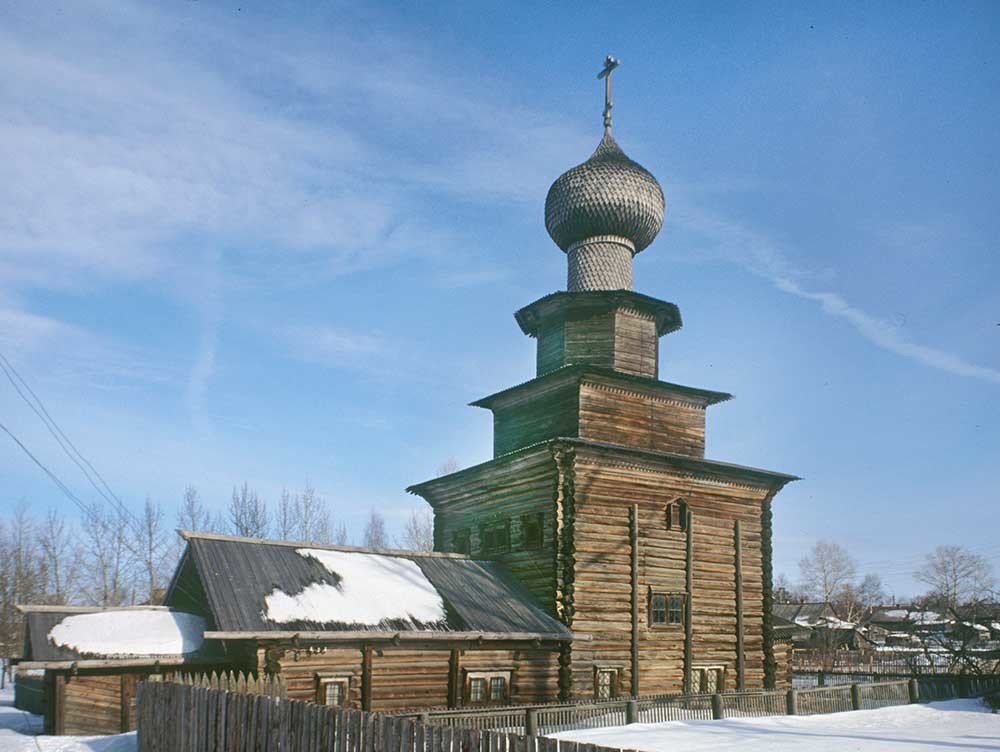 At the beginning of the 20th century, the Russian chemist and photographer Sergei Prokudin-Gorsky developed a complex process for color photography. Inspired to use this new method to record the diversity of the Russian Empire, he undertook numerous journeys over a period of 13 years. His vision of photography as a form of education and enlightenment was demonstrated with special clarity in his photographs of medieval architecture in historic settlements.

In June and July 1909, Prokudin-Gorsky received a commission from the Ministry of Transportation to photograph along the Mariinsky Waterway. The route chosen connected some of the most ancient archeological sites in northwestern Russia and illuminated episodes in the development of St. Petersburg, which was founded in 1703 and designated Russia’s capital in 1712. Faced with the challenge of linking the new capital to the interior of the country, Peter the Great initiated a canal system eventually known as the Mariinsky Waterway, which connected St. Petersburg with the Volga River basin 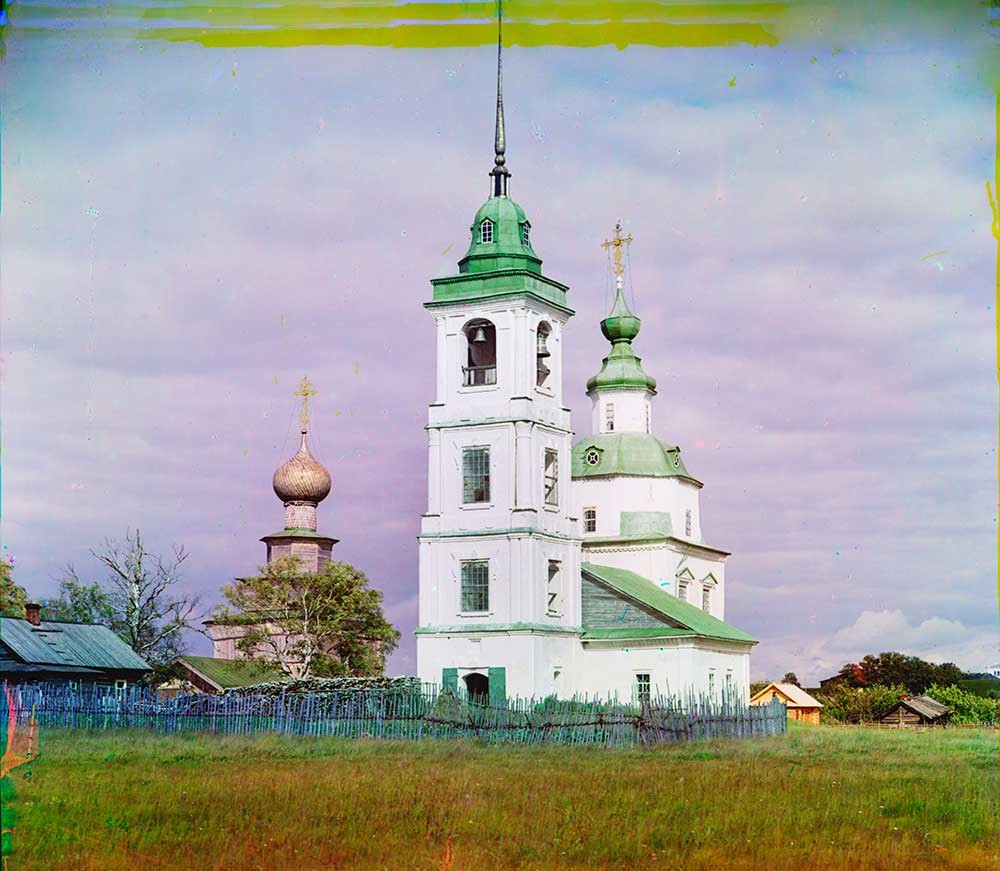 major point in Prokudin-Gorsky’s journey along the Mariinsky Waterway was the town of Belozersk. Among the oldest known settlements in northwestern Russia, “Beloozero” is mentioned in the Primary Chronicle under the year 862 as one of the five towns granted to the Varangian brothers Riurik, Sineus and , who were invited to rule over the eastern Slavs in what was then called Rus’.

Tied to the water

Whatever the details of its origins and early location, the name indicates that the town was always connected with White Lake (Beloe Ozero). Although smaller than Lakes Ladoga and Onega, White Lake is a pivotal link between those two lakes and the Russian heartland. On the southeast end, White Lake drains into the Sheksna, a tributary of the Volga and the route of many summer cruise boats between Moscow and St. Petersburg. 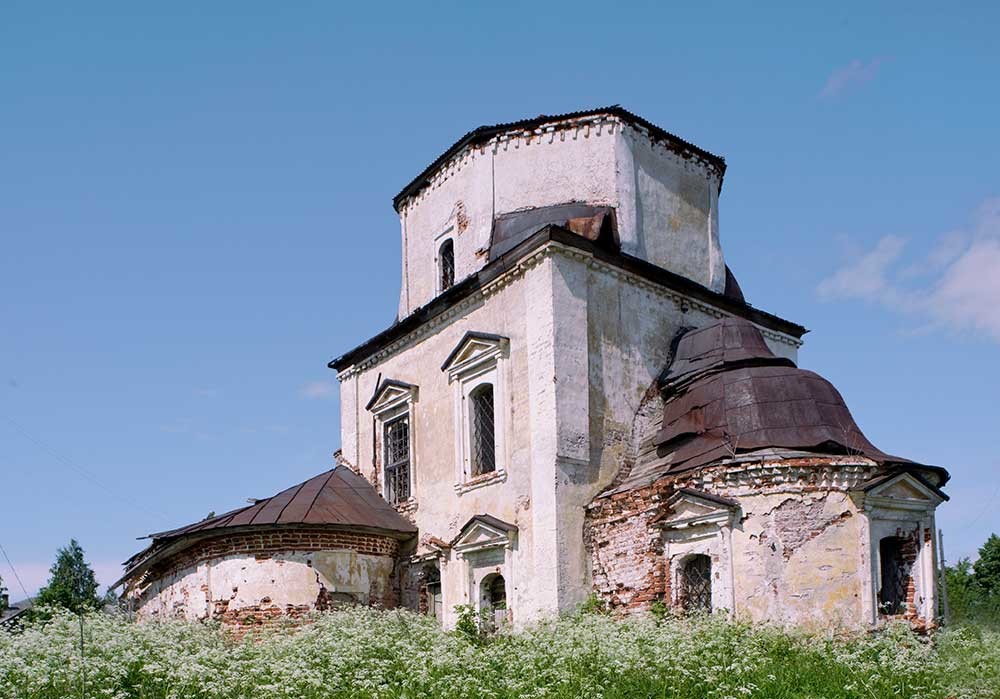 Ruins of Church of the Intercession, southeast view. June 9, 2010.

The early Beloozero — as the town was originally called — was at a different location on White Lake, and the town was resettled again before it occupied its current place in the late 14th century. As Moscow’s power increased in the 15th century, Beloozersk gained strategic importance as a bulwark on Muscovy’s northwestern frontier and its water transportation routes. Ivan III (the Great) understood the significance of this location, and in 1487 he constructed a large fortress, or kremlin, whose earthen ramparts still stand.

The town prospered during the middle of the 16th century, particularly as a source of iron goods and fish. An impressive visible reminder of that wealth is the fortress-like Church of the Dormition, begun in 1553 on one of the town’s highest points. Beloozersk witnessed the disruptions of the latter part of the reign of Ivan the Terrible (r. 1547-84 when the town was included in his personal domain (oprichnina) and served as a place of exile. 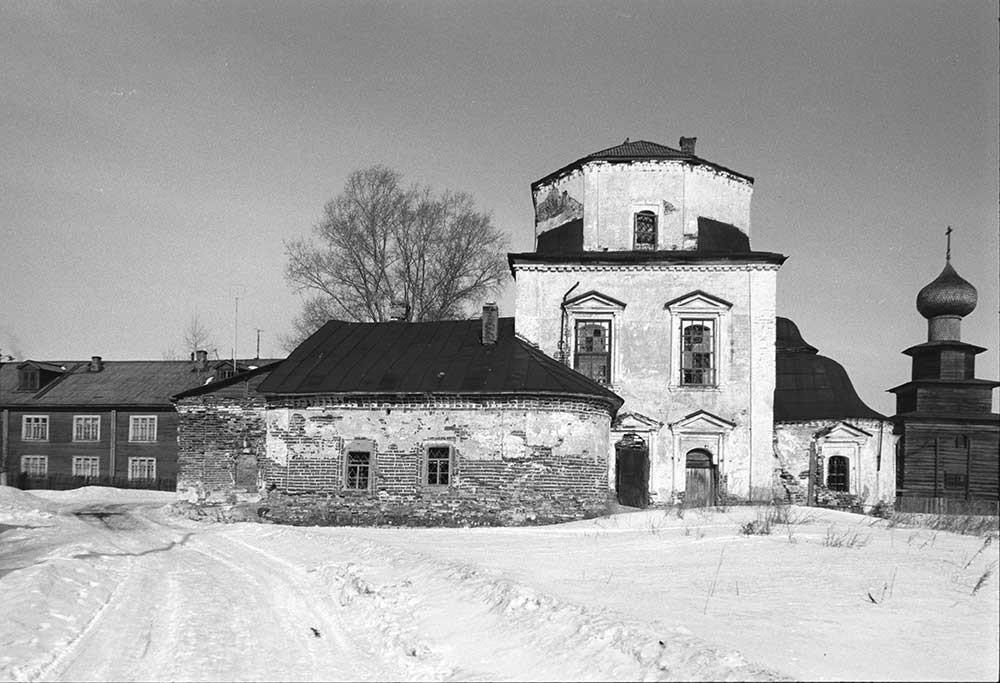 This inclusion in Ivan’s domains did not prevent it from experiencing the famine and disease inflicted on much of the rest of Russia in the late 16th century. And during the Time of Troubles (the dynastic crisis following the death of Tsar Boris Godunov in 1605), the year 1612 brought a full measure of devastation with the sack of Belozersk by a marauding force.

With the revival of trade in the 17th century, location and natural resources again proved advantageous. During the reign of Alexei Mikhailovich, the Cathedral of the Transfiguration was built within the in the 1670s. With the founding of St. Petersburg in the town found itself in a pivotal position between the Volga River Basin and Lakes Onega and Ladoga that led via the Neva River to the new imperial capital.

Prokudin-Gorsky’s extensive work in Belozersk included not only its fortress and central cathedrals, 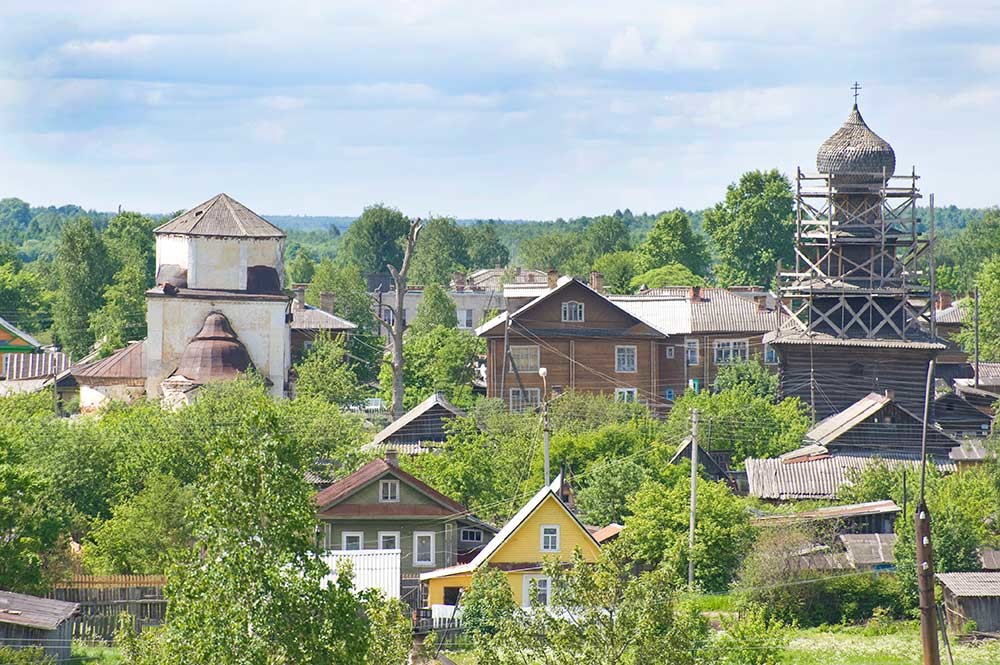 Built in 1740-52, the Intercession Church in Prokudin-Gorsky’s view was a graceful structure with five cupolas. Simple in its provincial Baroque detailing, it had a beautiful bell tower attached to the west end. As my photographs over several years show, nothing remains of the tower, and the church — vandalized and disfigured — has declined to a point beyond feasible repair. 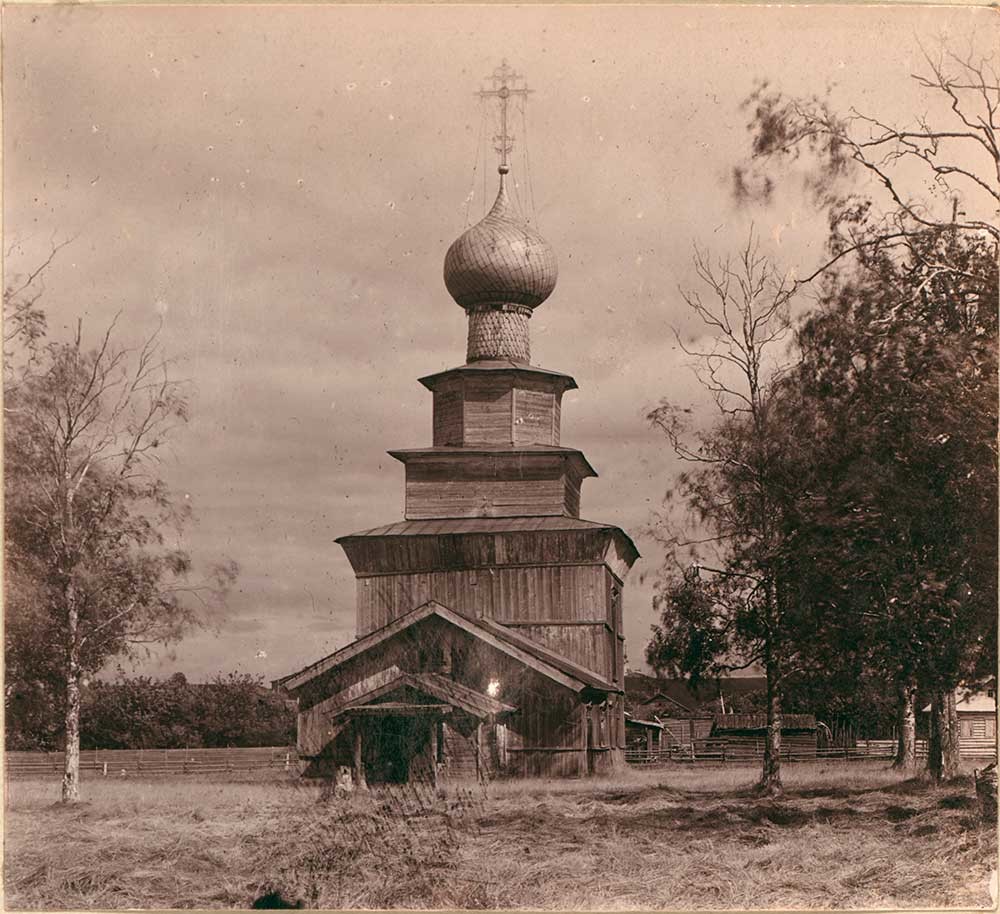 Hopes were greater for the preservation of the Elijah Church, considered a landmark of national significance. Prokudin-Gorsky’s close view, available only in the contact print, is an invaluable record, as are my photographs from the late 1990s. 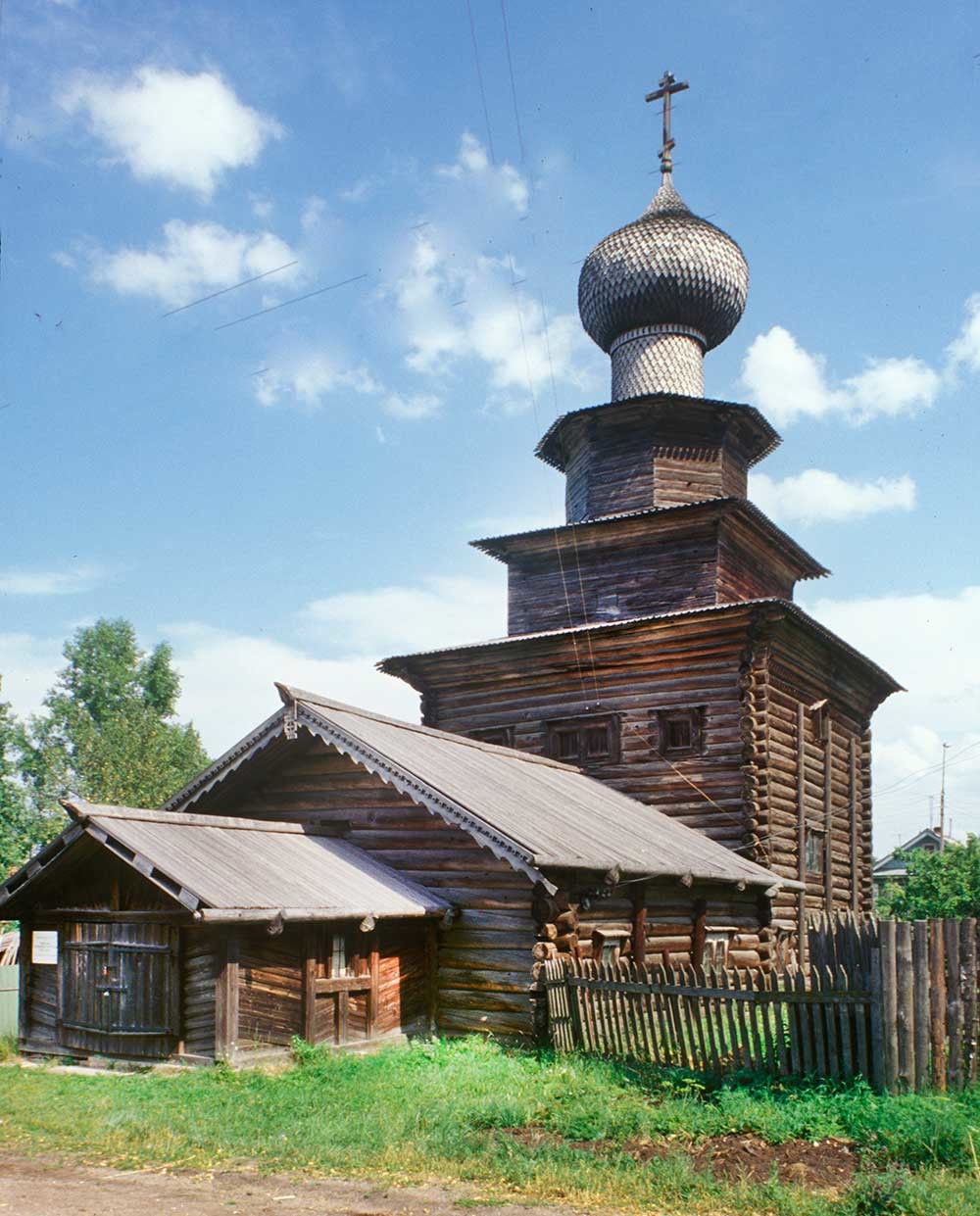 Built in the 1690s, the Elijah Church ascends in three tiers from a cuboid base to a large wooden cupola that is clearly visible from the southwest corner of the Kremlin. The main structure was built of round, notched pine logs, but the apse, which contained the altar on the east side, was constructed with the tighter dovetail joint. Extending from the west side vestibule and a covered porch.

On the spacious interior of the main structure, the logs were scraped flat to create an even surface that could be painted. The east wall displayed a large five-tiered icon screen that flared to the right and left on the upper levels. During the Soviet period the icons, painted at the end of the 17th century, were removed for preservation to the Belozersk Museum, but most were subsequently transferred to nearby Kirillov for better conditions at the museum of the St Kirill Belozersky Monastery. 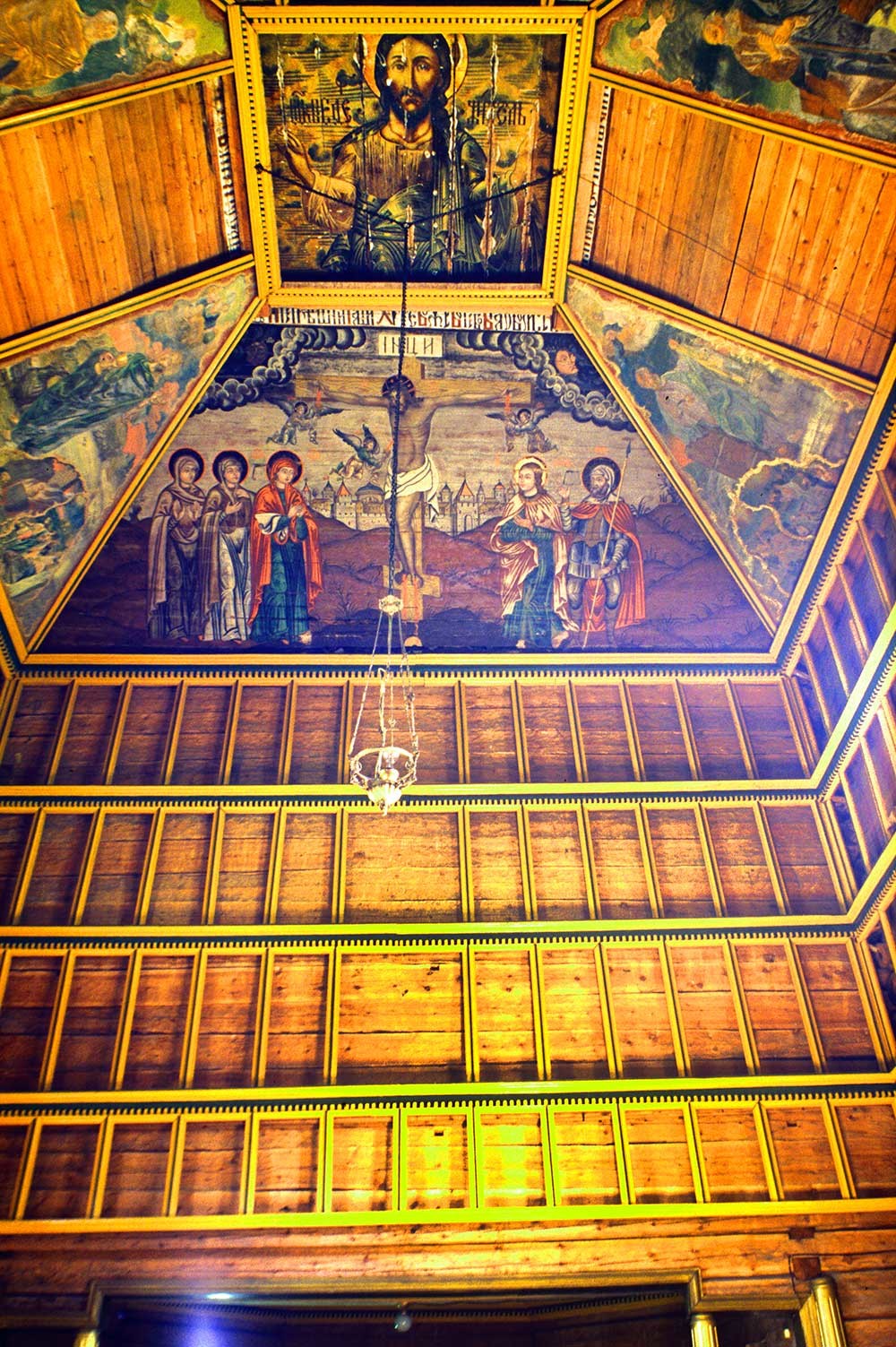 At the top of the main structure was a painted ceiling (nebo) consisting of trapezoidal panels angled upward, with a square image of Christ in the center. I was fortunate to be able to photograph the interior of this masterpiece in 1999, including the main panel of the Crucifixion. 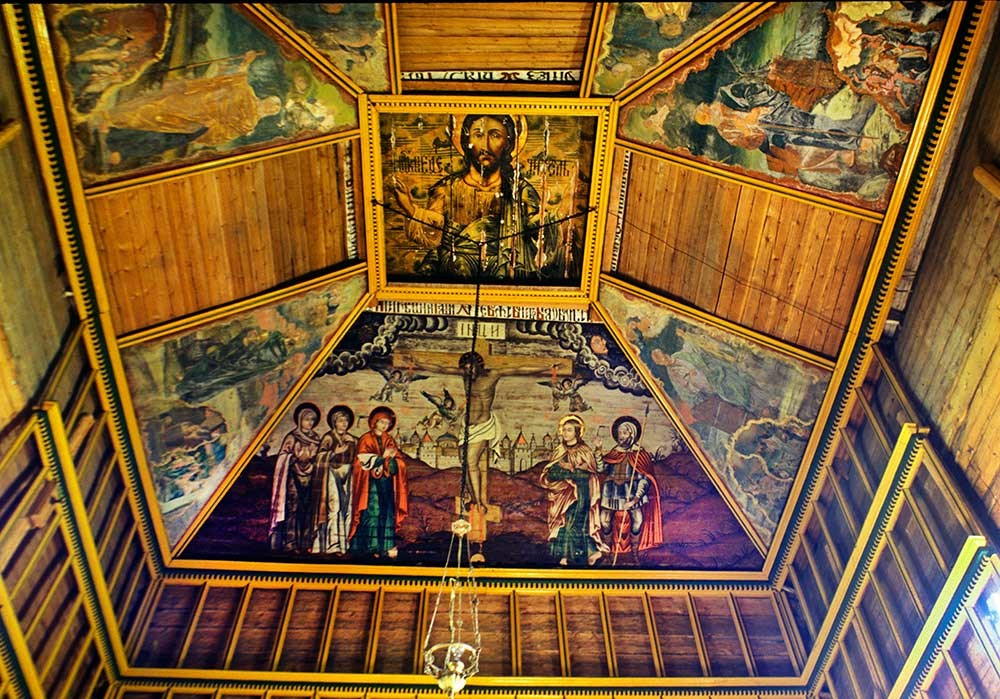 Church of the Prophet Elijah, interior. Ceiling paintings of Christ & the Crucifixion. July 23, 1999.

Over the decades it was closed, this remarkable monument was threatened by lack of repair. In the 1970s a restoration of the walls removed 19th-century plank siding and brought the structure into basic use as a museum. 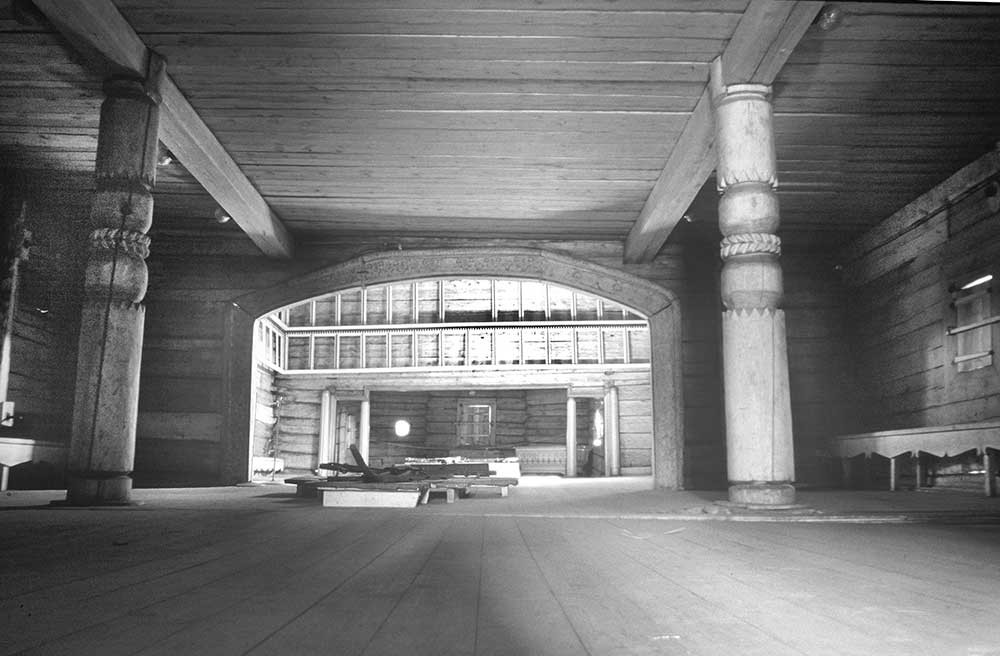 However, continued lack of maintenance led to further disrepair, including the threat of seeping ground water. Plans for a thorough restoration were proposed to meet celebrations of the 1150th anniversary of Belozersk in 2012. The structure was disassembled in 2010, but thereafter restoration plans foundered among competing projects and priorities. 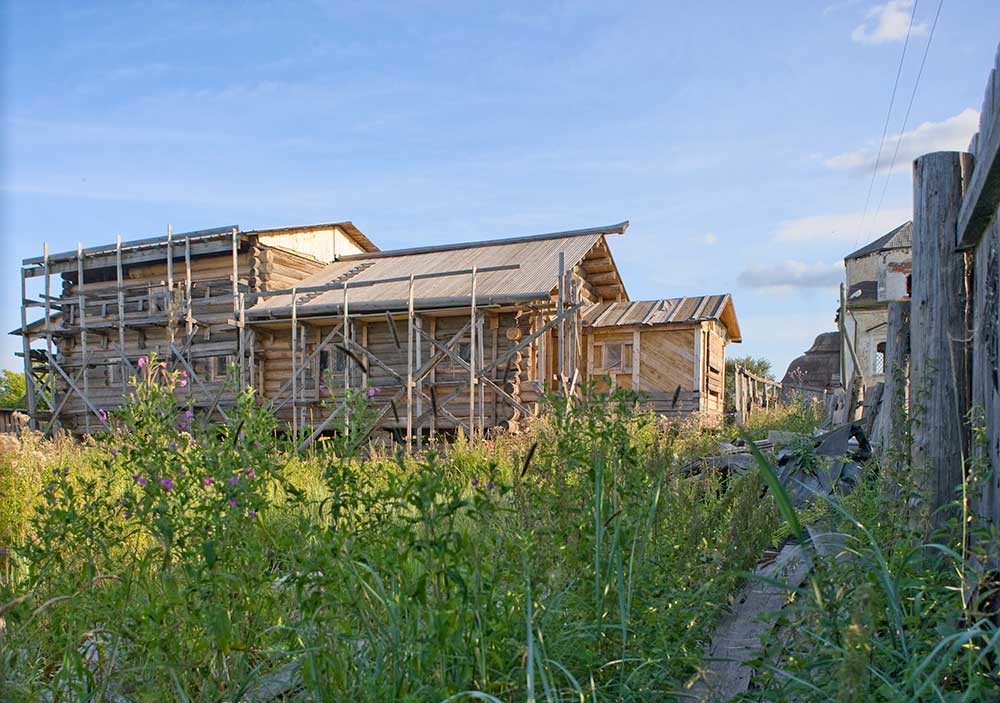 Remnants of Church of the Prophet Elijah (under reconstruction). North view. August 8, 2015.

The preservation of this rare and ancient church should have the highest priority. It is the clearest surviving reminder that for most of its history Belozersk was a town of wooden structures, including churches whose beauty we can now only imagine. 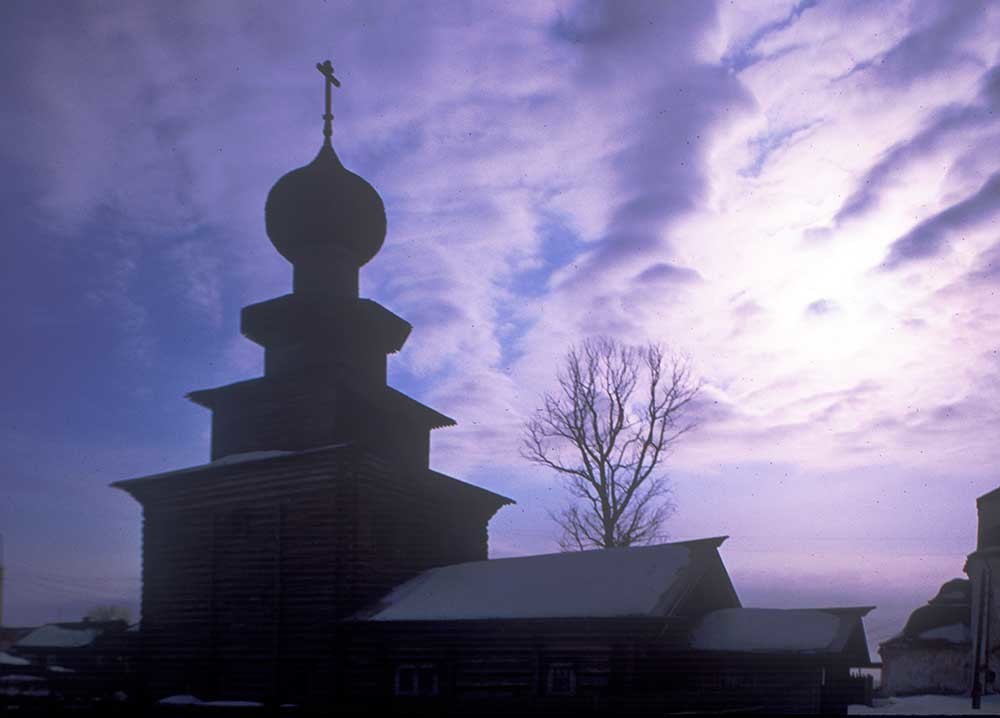