10 Russian cities with more than a million population 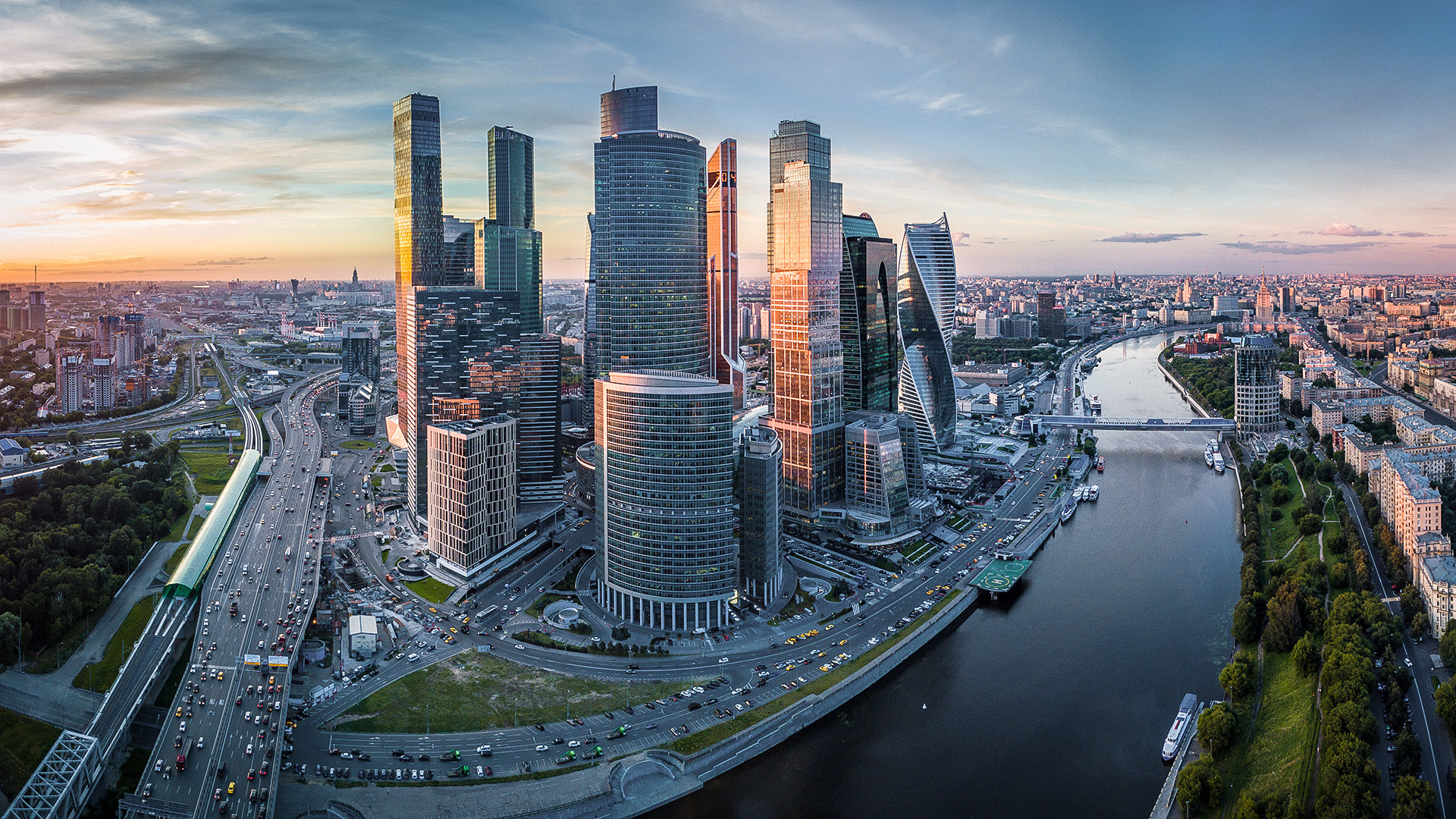 Dmitry Serebryakov/TASS
The vast majority of the world’s population lives in urban areas, and big cities continue to grow each year. What are the major Russian cities people live in? 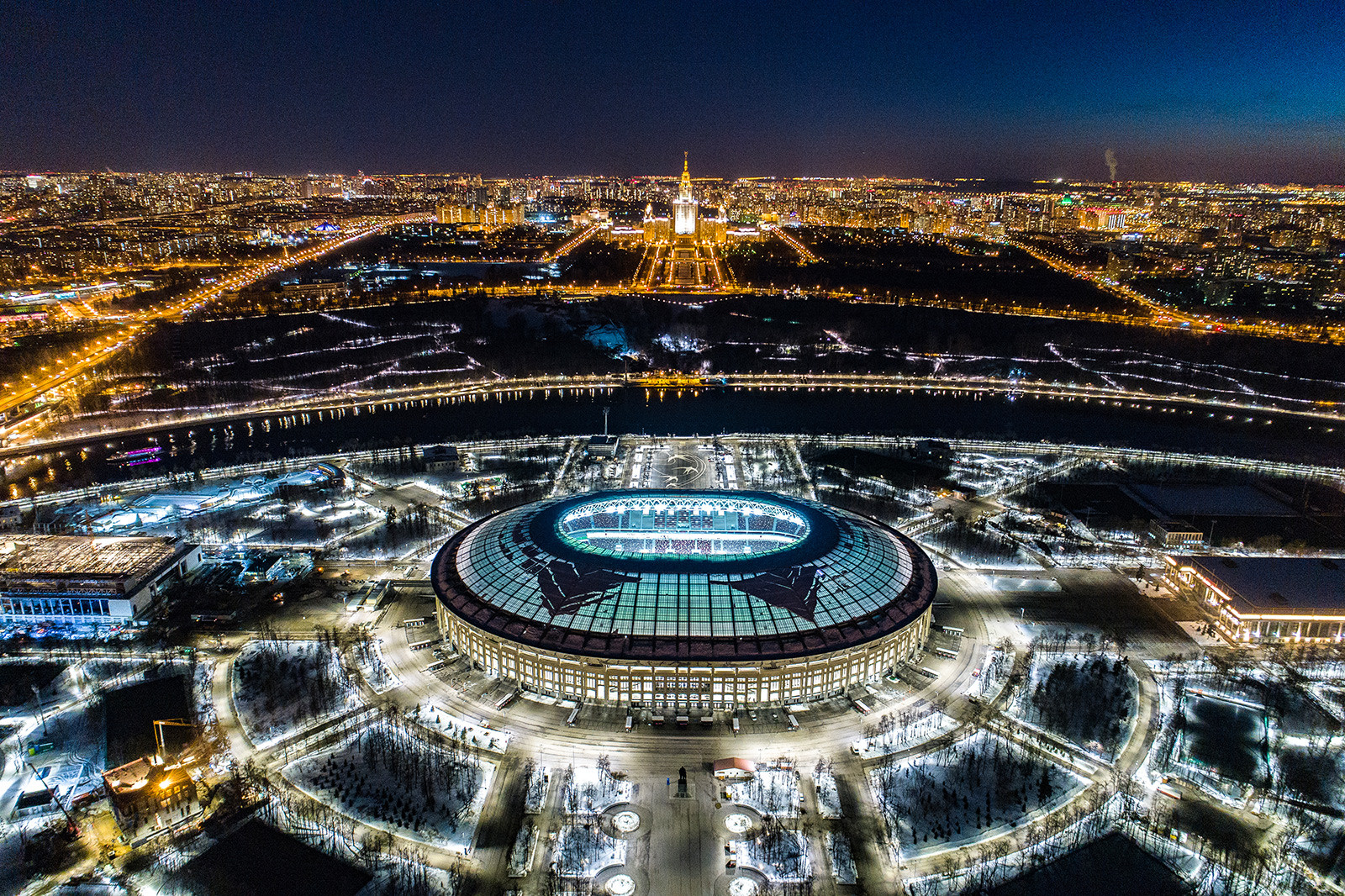 Russian capital is the biggest Russian city. According to official data, the population comes out at “just” 12.5 million, but locals think it is much higher than that in reality. First, Moscow continues to grow each year. In recent years, the city has almost doubled in size, and these territories are now collectively called “New Moscow.” Second, the official statistics don’t include people who live in the surrounding regions but commute to the city each day. In total, the number of people in Moscow could well be over 20 million. And more and more people are resettling in Moscow from other regions and countries every day. 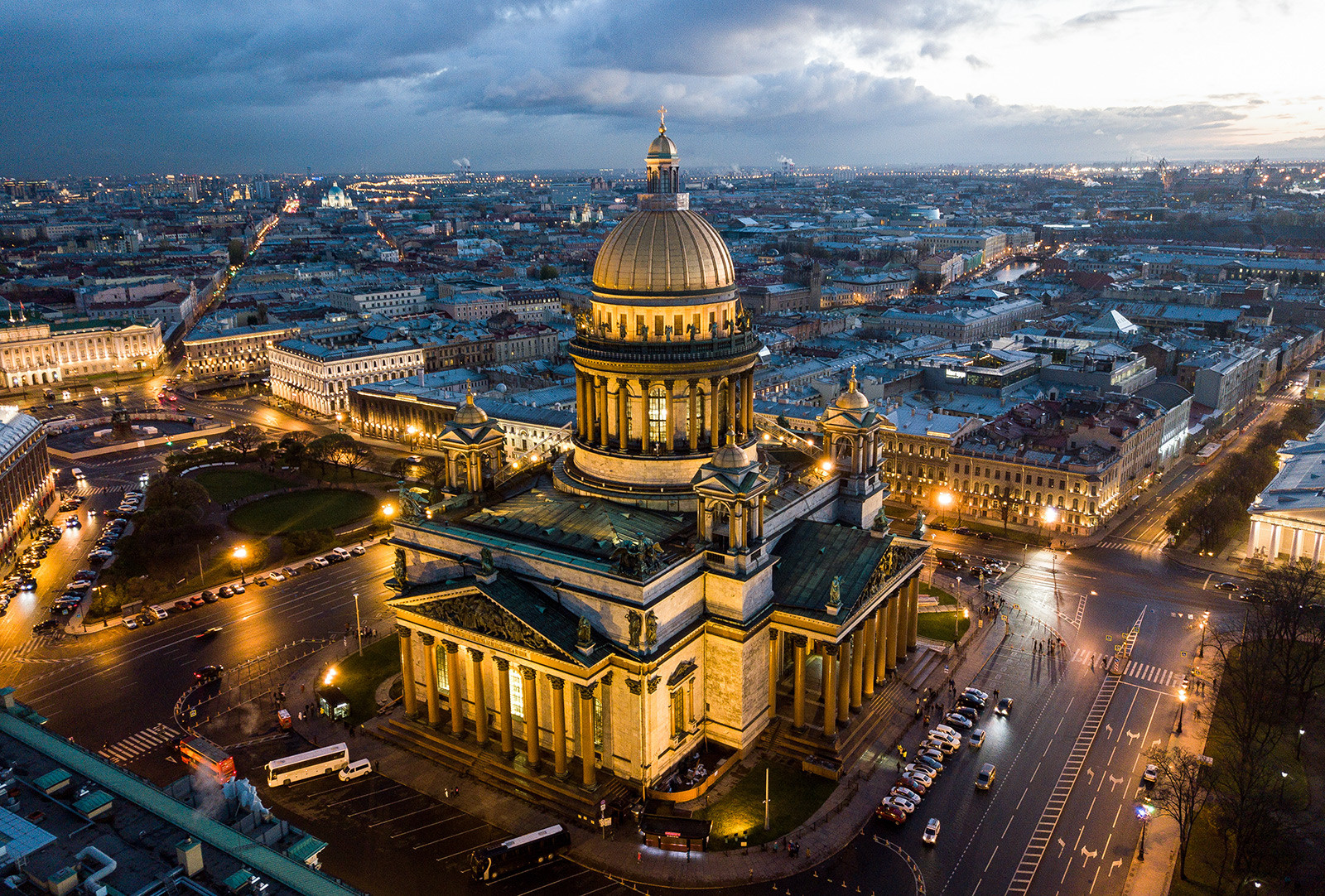 the 1917 Revolution (which started there), the city was the capital of the Russian Empire. Now Russians call it “the cultural capital.” And this is actually true: The city is famous for its museums (the Hermitage is one of the best museums in the world), theaters (the Mariinsky puts on ballet and opera, while the Alexandrinsky stages dramas), and classical European architecture. On top of all that, the rainy weather and dozens of bridges make St. Petersburg the most romantic city in Russia! 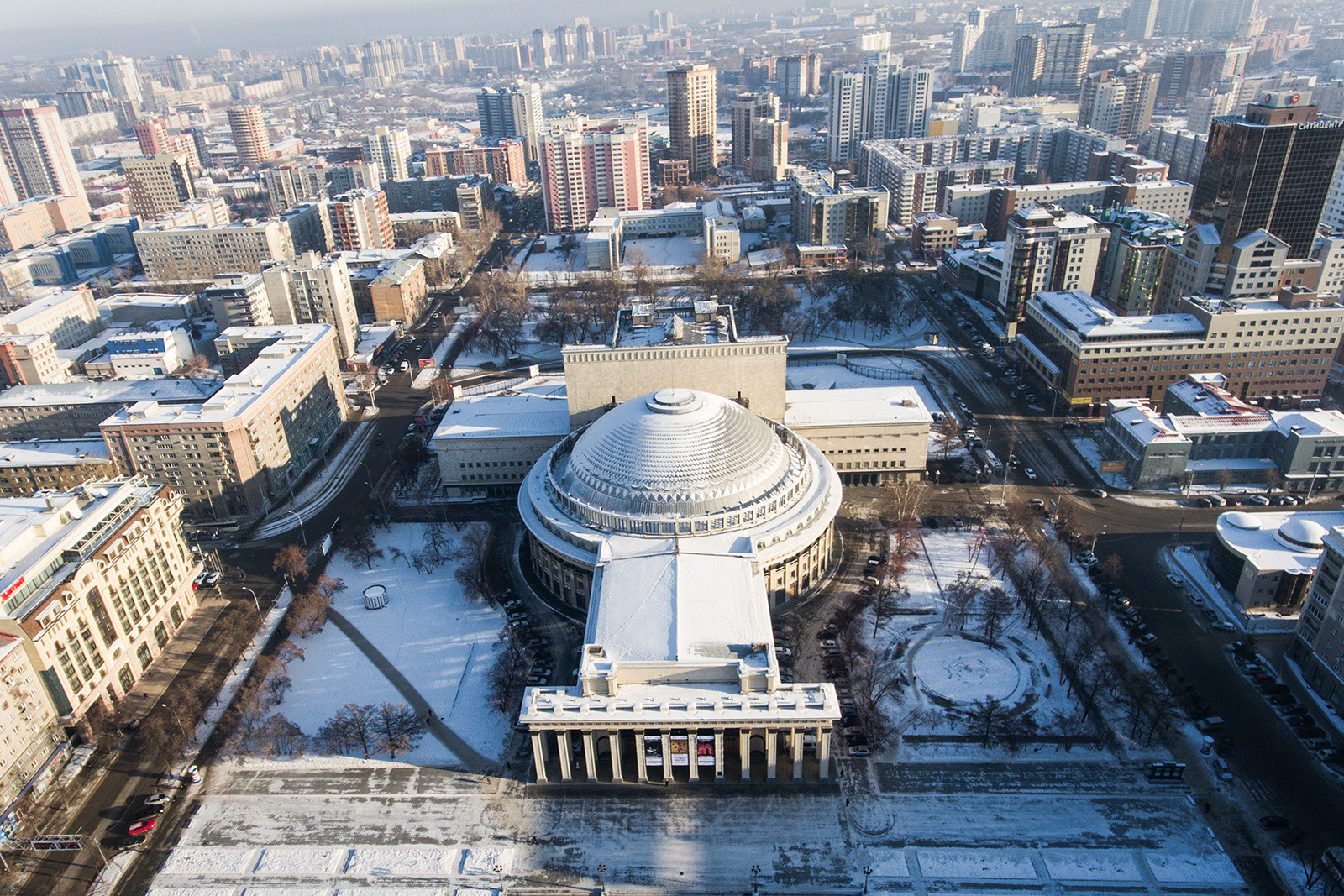 largest in Siberia and the third largest city in Russia, Novosibirsk is an important transport center. The history of the city is linked to the construction of the Trans-Siberian Railway, and it is one of the most important stops on the road to Vladivostok. Novosibirsk is famous for its Opera Theater, one of the best in Russia, and being home to the longest metro bridge in the world. 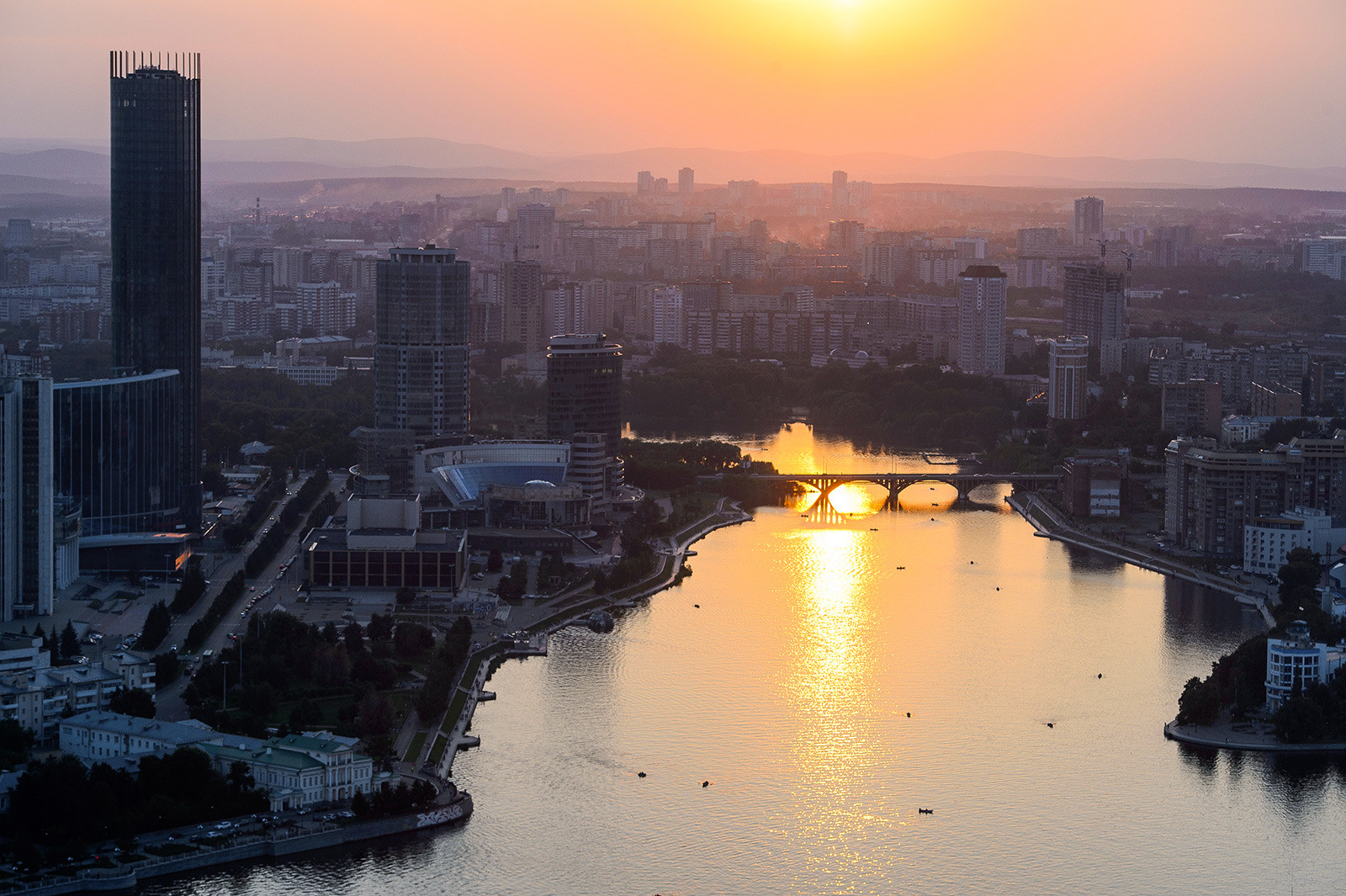 let’s move on to the Urals, the industrial heart of Russia. For centuries, people in this region have mined ore, coal, salt and malachite. There are many big Russian cities connected to such industries, but the largest is Yekaterinburg, which was established in the 18th century around ironworks and named in honor of Empress Ekaterina I. Even the metro highlights Yekaterinburg’s history with iron: Geologicheskaya Station is decorated with different layers of the earth, all in various colors and made out of semi-precious stones found in the Urals. 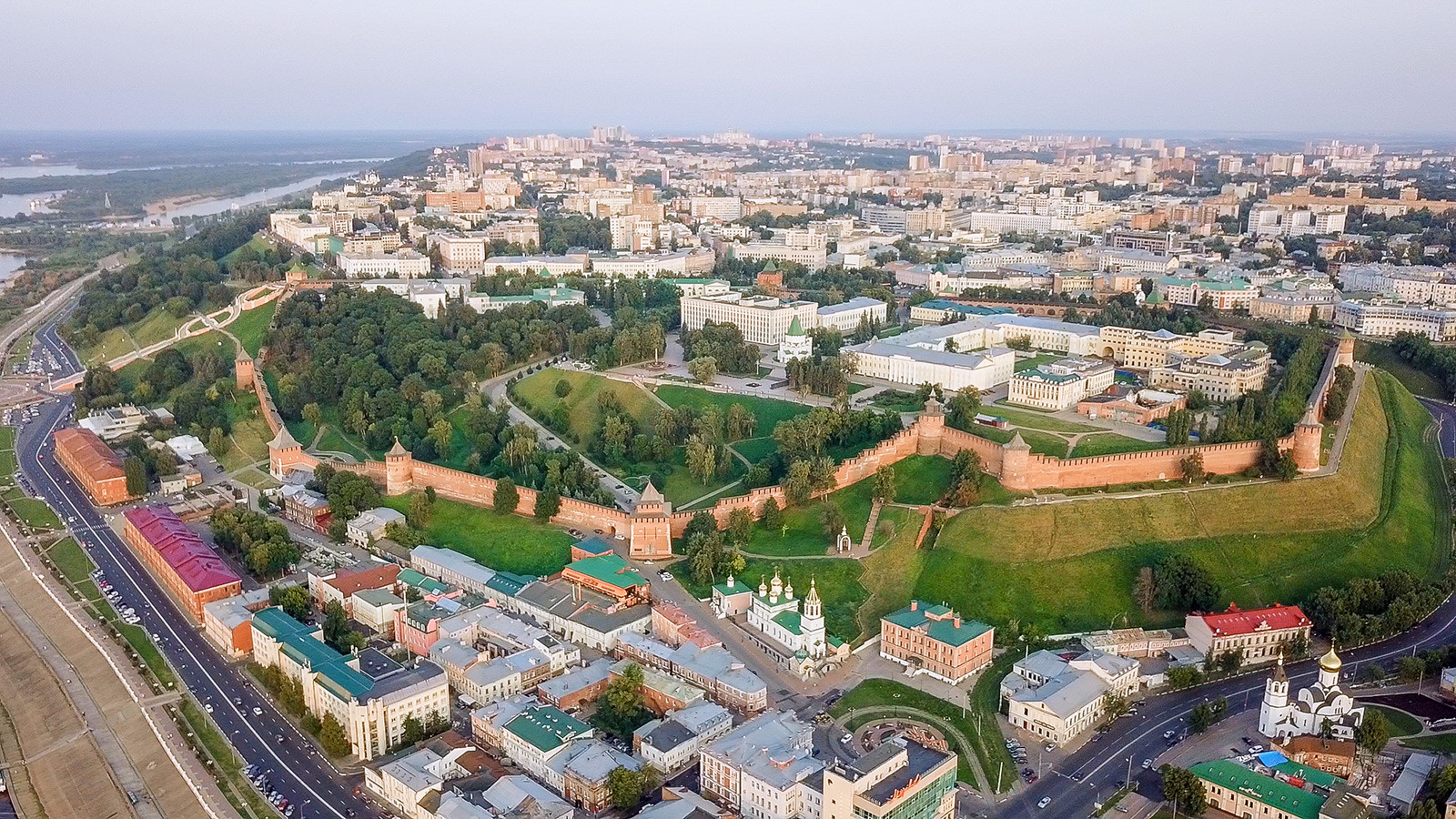 four hours by train from Moscow, and you’ll find yourself in Nizhny Novgorod on the Volga River. This ancient city is often considered the third capital of Russia. Settled in the 12th century, it has well-preserved examples of unique Slavic architecture, including its famous red brick Kremlin. During Soviet times, Nizhny Novgorod was named after the writer Maxim Gorky, who spent his childhood there. It’s absolutely impossible to miss this city if you take a Volga boat trip! 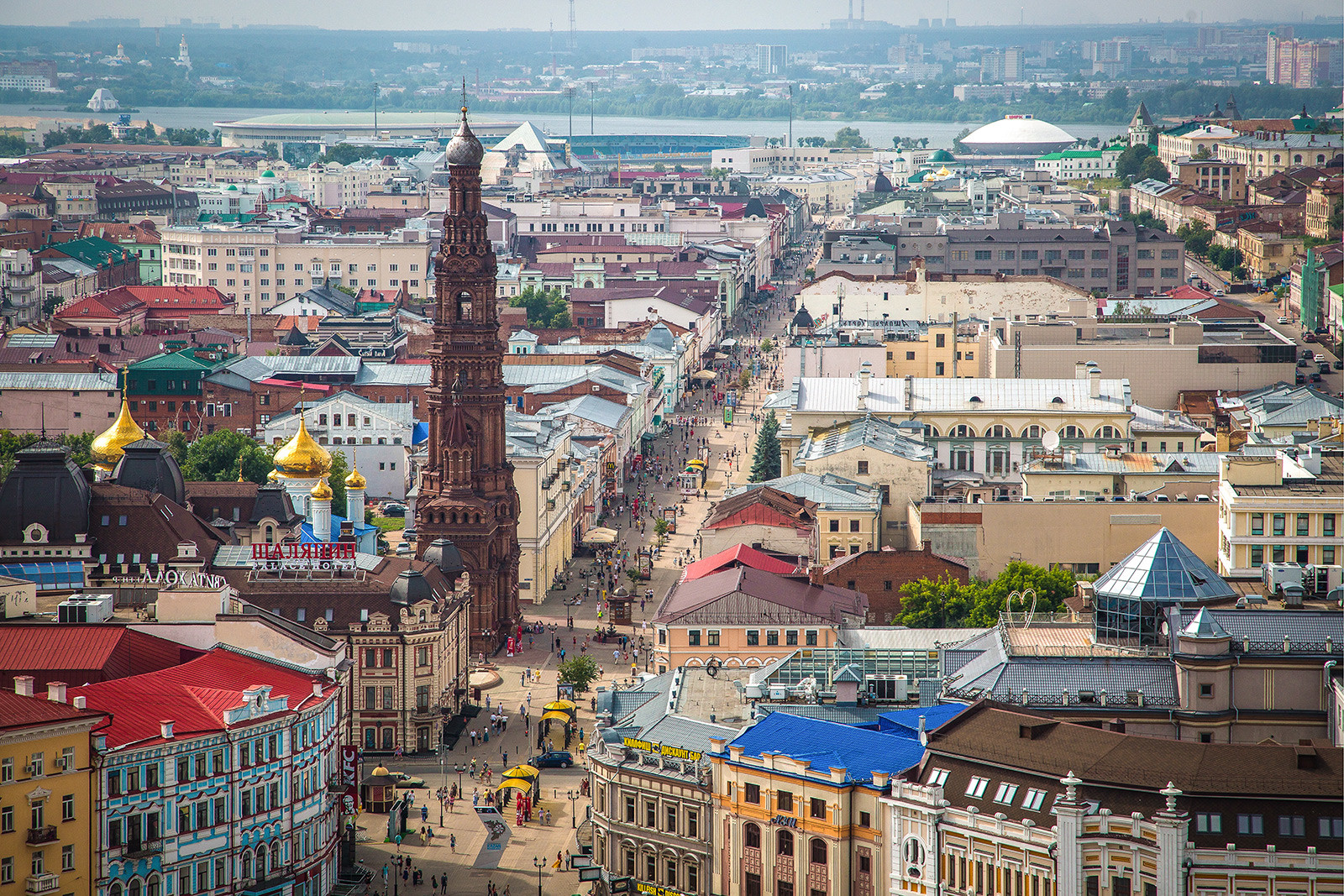 capital of the Republic of Tatarstan is one of Russia’s oldest cities. Founded in early 11th century, it’s full of interesting landmarks. These include the white brick kremlin, the leaning Söyembikä Tower and the Kul Sharif Mosque, which is the second biggest in Russia (the biggest is in Chechnya’s capital of Grozny). But something else that makes Kazan a must-visit city is its awesome cuisine! With echpochmaks (pies with minced meat and potato), chak-chak (a dessert from honey dough), boortsog (a kind of donut), shurpa soup and pilav, you definitely won’t go hungry in this city. 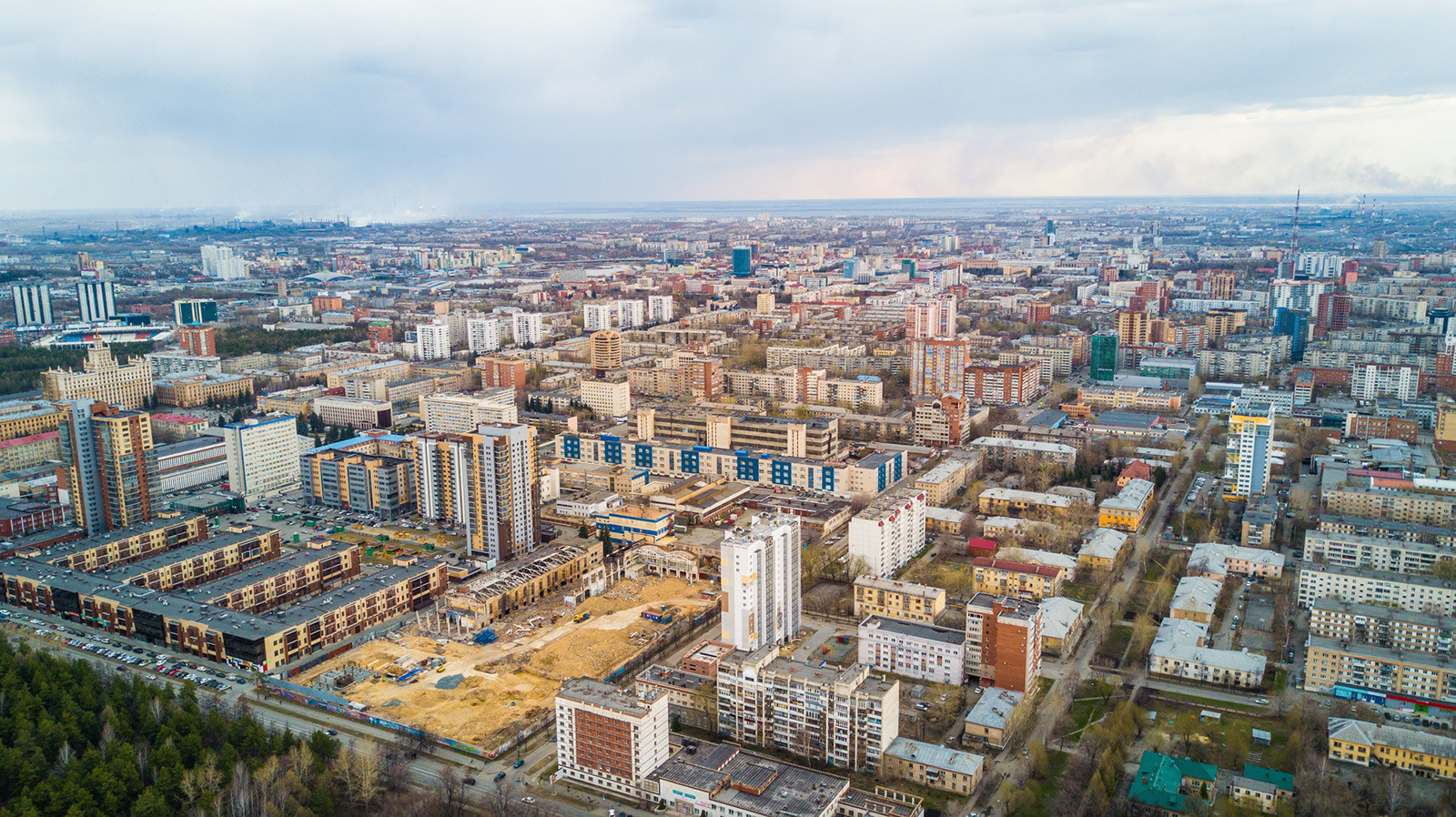 concentration of metal and machine engineering plants in this city in the Urals is so high that locals call Chelyabinsk the “most severe” city in all of Russia. Interesting fact: The animal depicted on the city’s official coat of arms is a camel, or babr. It’s a reminder that in the 18th century, Chelyabinsk was a center of trade rather than industry. 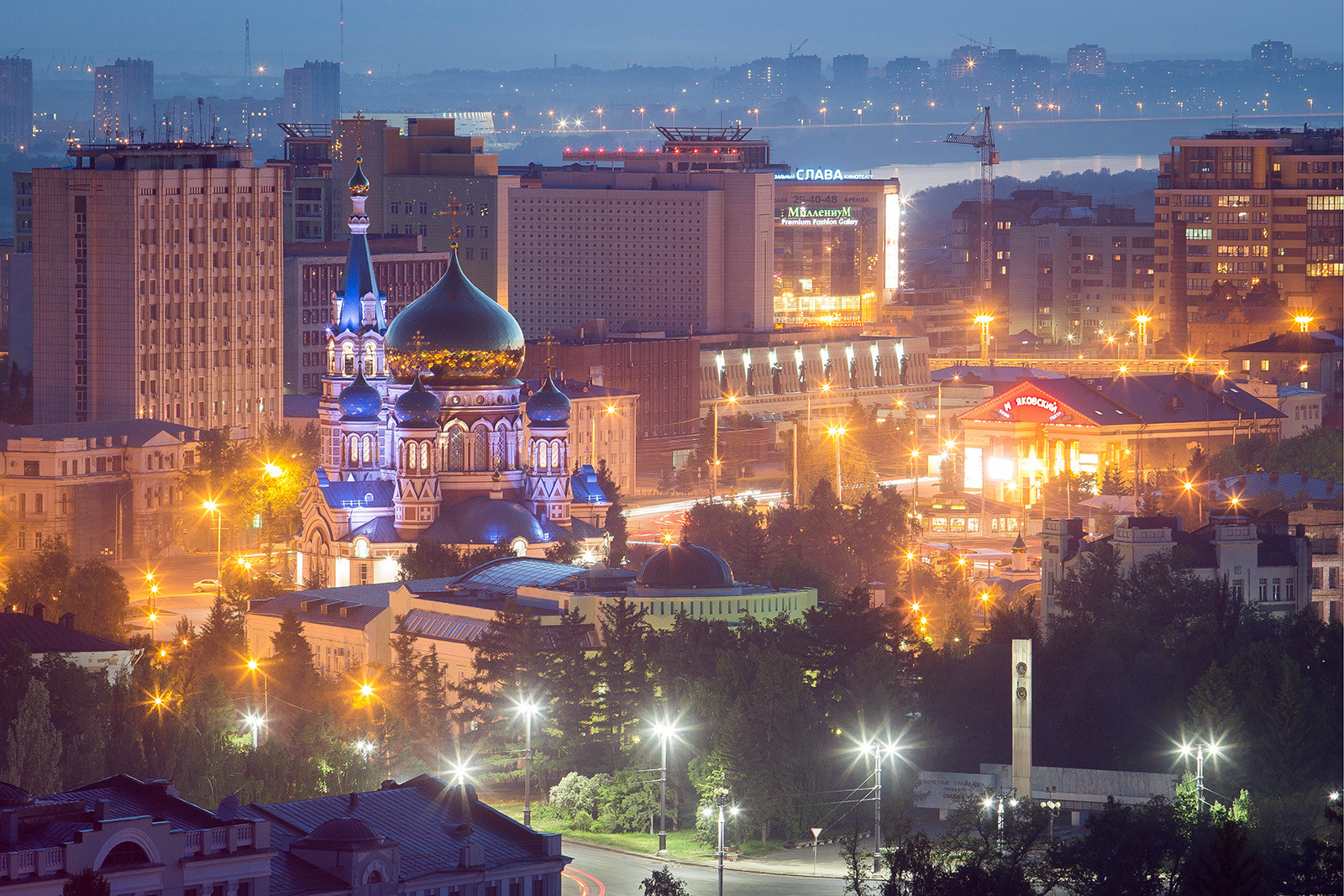 According to legend, the gold reserves of the Russian Empire were hidden in this old Siberian city during the Civil War. According to rumor, the treasure is still buried somewhere in the forests of the taiga, but who be crazy enough to go out there to try to find it? After all, Omsk itself is a pleasant Russian city with traditional architecture, the wide Irtysh River and lots of restaurants with hearty local food (it’s all about pelmeni here). 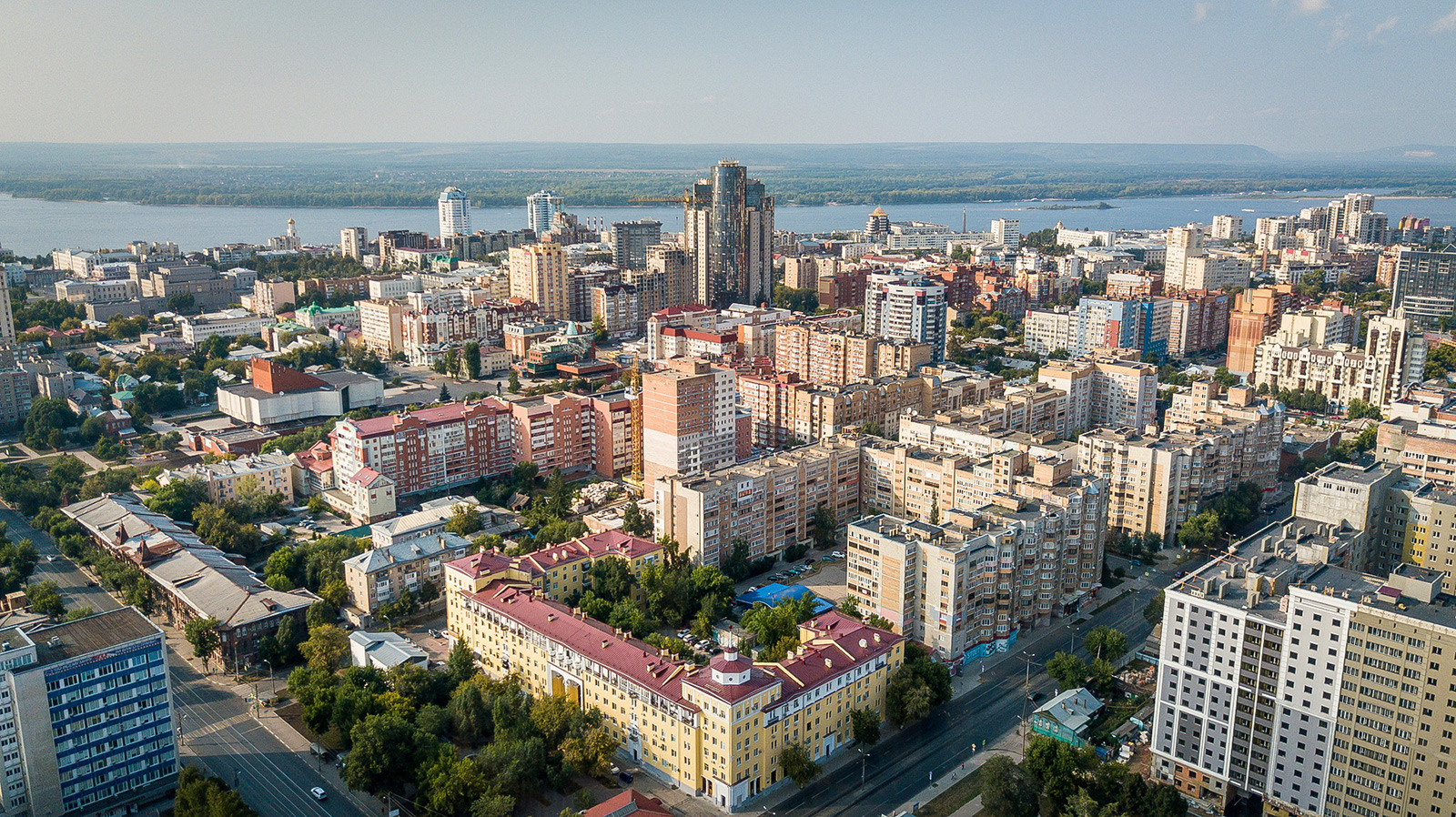 This city on the Volga River hosted the 2018 FIFA World Cup. At around 5 km long, the Samara’s river embankment is one of the longest in Russia and is dotted with cafés, urban gardens and one of Russia’s oldest breweries, Zhiguli. In the city center, you’ll find a giant space rocket–a real R-7 rocket made at the Samara Progress Rocket Center in 1984 and erected in 2001 to honor the anniversary of Gagarin’s mission into space. 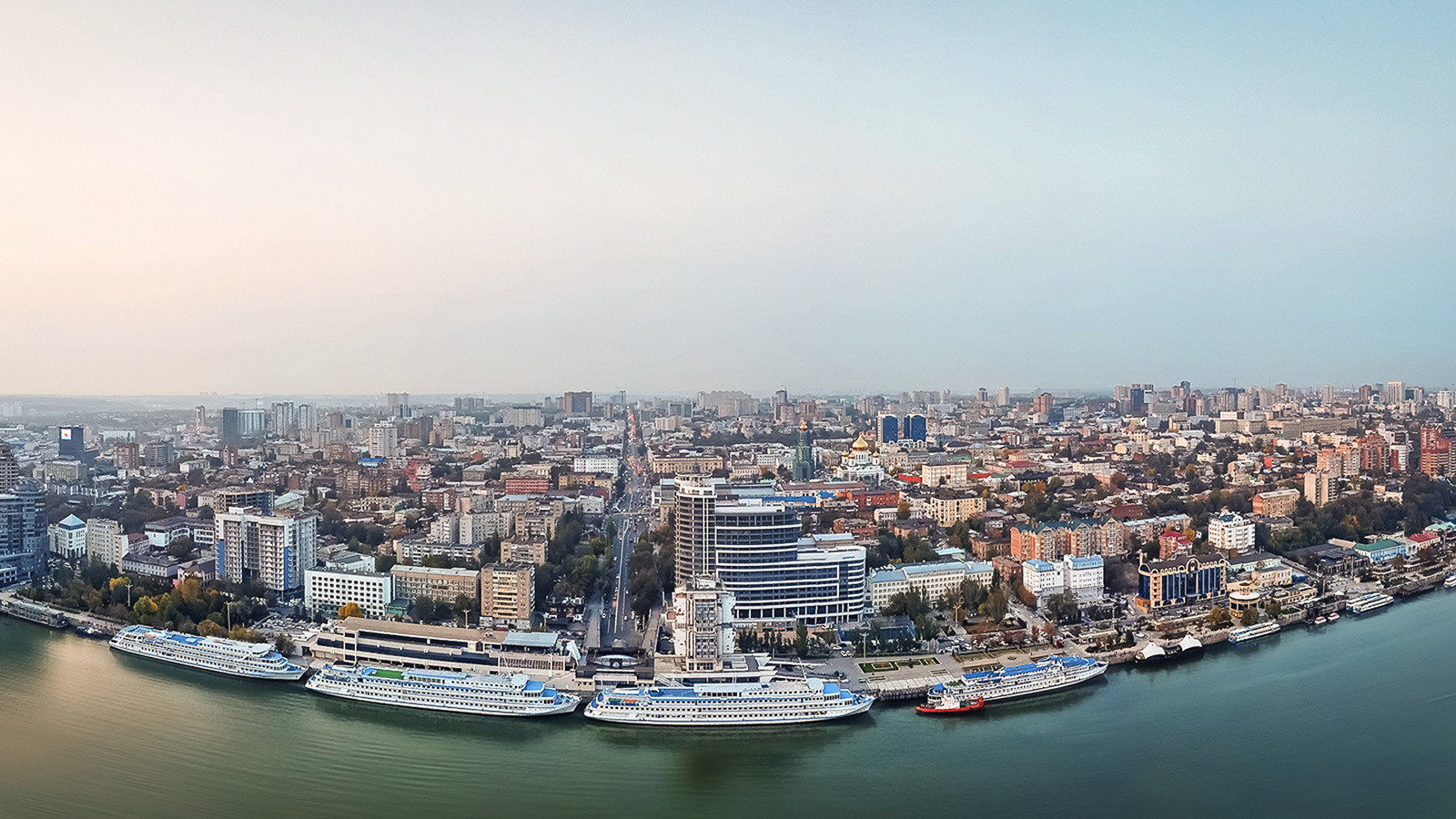 southern city of Rostov-on-Don is to the Russian Cossacks, so if you want to immerse yourself in their culture, this is the destination for you. Everything here serves as a reminder about their roots, from the new airport, which is named after Ataman Matvey Platov, to the local restaurants, which are built in the style of traditional Cossack houses. In addition to all this, Rostov-on-Don is a modern city with its own unique atmosphere.