10 weird items only found in a Russian tourist's suitcase 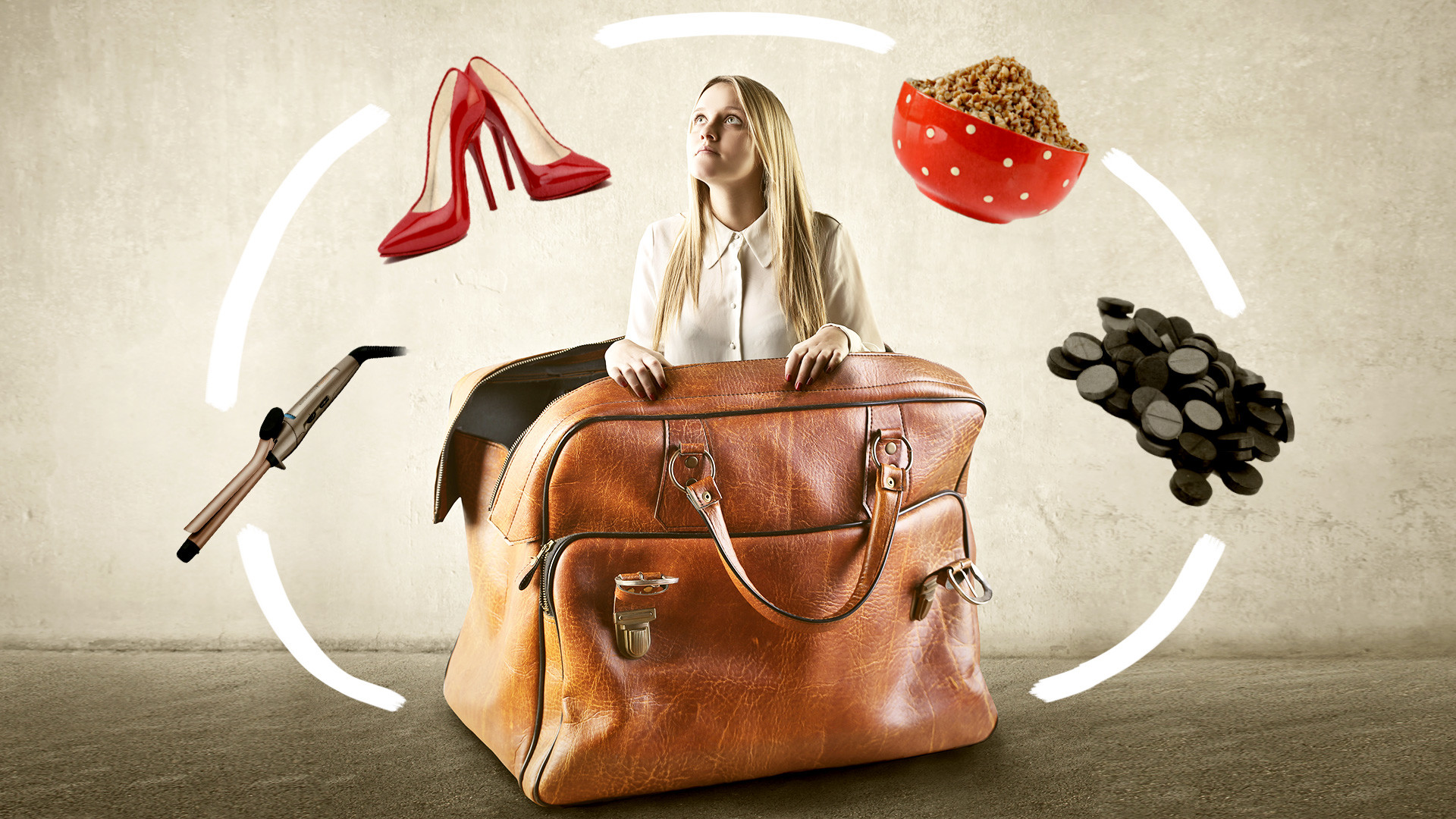 Legion Media, Pixabay
Take a peek inside: maybe you, too, pack with you a similar assortment for every eventuality!

A Russian tourist may be fluent in foreign languages and look quite inconspicuous, but there are still things that can give them away. For example, the contents of their suitcase!

Many tourists pack cereals, prepared or canned foods when they go abroad. There are several reasons for this. Firstly, not everyone likes the food served on airplanes and trains, and secondly, this is a way to save a lot of money, since restaurants and cafes in Europe and America are often more expensive than even in Moscow. That’s why people prefer to take some basic foodstuffs with them from home, with the most popular being buckwheat (a staple Russian food item which you simply add boiling water to in a mug, like tea), sandwiches (buterbrod in Russian) with mortadella-type sausage, cookies, and sunflower seeds.

This is a Russian medicine that tourists take with them to deal with possible stomach trouble caused by unfamiliar foreign food. Incidentally, it’s real charcoal, and not just a name. Coal is a natural adsorbent, which was used to filter water back in the 18th century. In Russia, activated charcoal pills are very popular as an effective and inexpensive medicine against indigestion.

This is another medicine - an antiseptic – that Russian tourists take with them abroad. It’s used to treat cuts and bruises. Previously, it was available only in liquid form, whereas now iodine also comes in convenient forms, such as an applicable pencil, which is ideal for hand luggage.

When you visit Russians in their home, you will most likely be invited to remove your shoes in exchange for slippers. Slippers are usually cozy, warm and protect the house against street dirt and dust. There are many jokes about Russian tourists leaving hotels with more luggage than when they checked in, an implication they take hotel towels, bathrobes and slippers with them. And why not? If all these items come in handy when going to the banya at one's dacha?

Cigarettes in Russia are becoming more expensive every year (as part of an anti-smoking campaign). But nevertheless, they are still much cheaper than abroad. That’s why smoking tourists always pack blocks of cigarettes before going abroad.

Russians don’t like wearing crumpled clothes, even on vacation. In Russia, small irons are sold in many supermarkets, but finding one when you need it on vacation often turns out to be a challenge. In most hotels, ironing and steaming are not free, so when you travel with a family, it may cost you quite a bit. Whereas a travel iron takes up little space in the suitcase and is easy to use on any surface, even on a bed or a desk in your hotel room.

You don’t have a travel iron? No problem! If you are a woman you most likely have a curling iron in your luggage! Did you know that a curling iron can be used not only to style your hair, but also to iron and even dry your clothes? Very convenient and compact!

It doesn’t matter whether they are going on a camping trip or a vacation at an all-inclusive 5-star hotel! Russian women will always take an evening dress and high-heel shoes with them: you never know when you may get an invitation to a gala dinner! And even if you never get such an invitation, you can always dress up for a beautiful photo shoot somewhere near the ruins of an ancient castle, that’s the logic!

Usually, tourists bring souvenirs from their trips abroad, whereas Russians often take souvenirs with them from Russia to present to locals. They really do! The souvenirs are mostly intended for friends and relatives abroad, but also simply for good people they may meet on their travels. That’s why Russians will often take vodka, chocolate, matryoshka dolls, and other things typical of Russia!

In Russia, tea drinking is an important part of culture, and many people miss it when they travel abroad. Carrying a kettle is not a really viable option, but a portable water heater is just the ticket! Five minutes - and your tea’s ready (and your buckwheat cooked)!