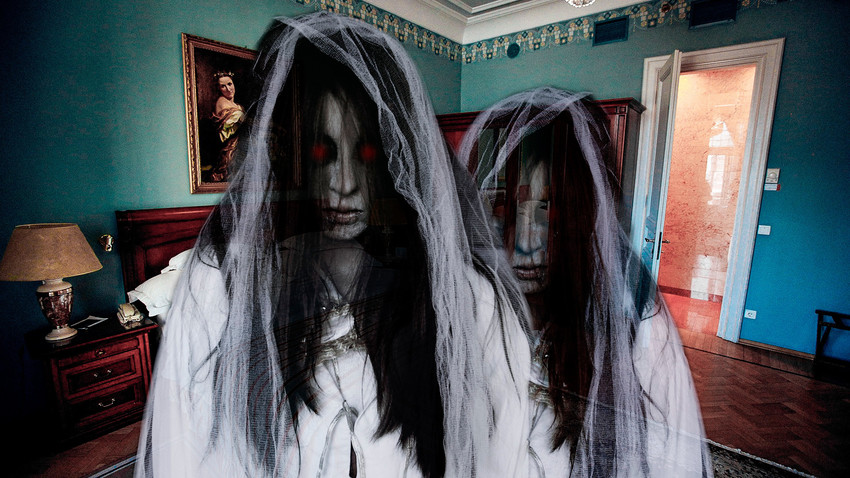 Kirill Zykov/Moskva Agency; Pixabay
Feel like making your spine tingle during a trip to Russia!? Check out our list of the country’s spookiest hotels!

Paranormal activity isn’t just something we see on TV - many people believe there are places where ghost sightings are real. Russia is no exception - Grigory Rasputin, Sergei Esenin and even Vladimir Lenin - are just some of the ghosts said to inhabit Russian hotels as well. Would you dare to spend a night there and check if these ghost stories are true? 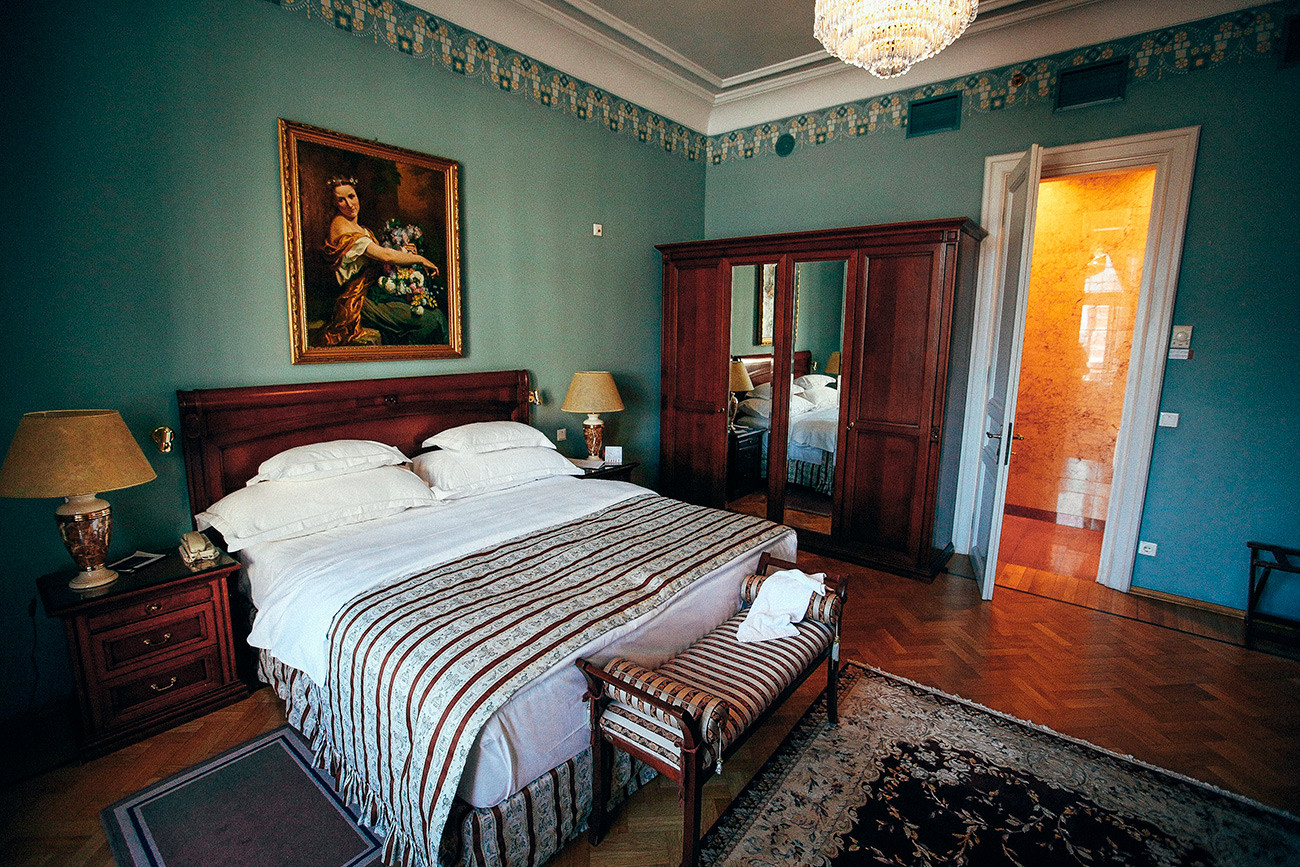 One of the most luxurious hotels in Moscow, Hotel National opened in 1903 and has hosted many well-known names over the years including prima ballerina Anna Pavlova, composer Nikolai Rimsky-Korsakov, French poet Anatole France, English writer Herbert Wells, and American pianist Van Cliburn. The leader of the Russian Revolution and the first head of the Soviet state, Vladimir Lenin, also lived here for a week with his wife - in room 107. According to rumors and the hotel staff’s accounts, a figure of a man with a bald head and a beard is often seen at the hotel sipping tea, walking the corridors and turning the lights on and off - it seems the Soviet leader loved it here so much he didn’t want to leave the place - even after his death! 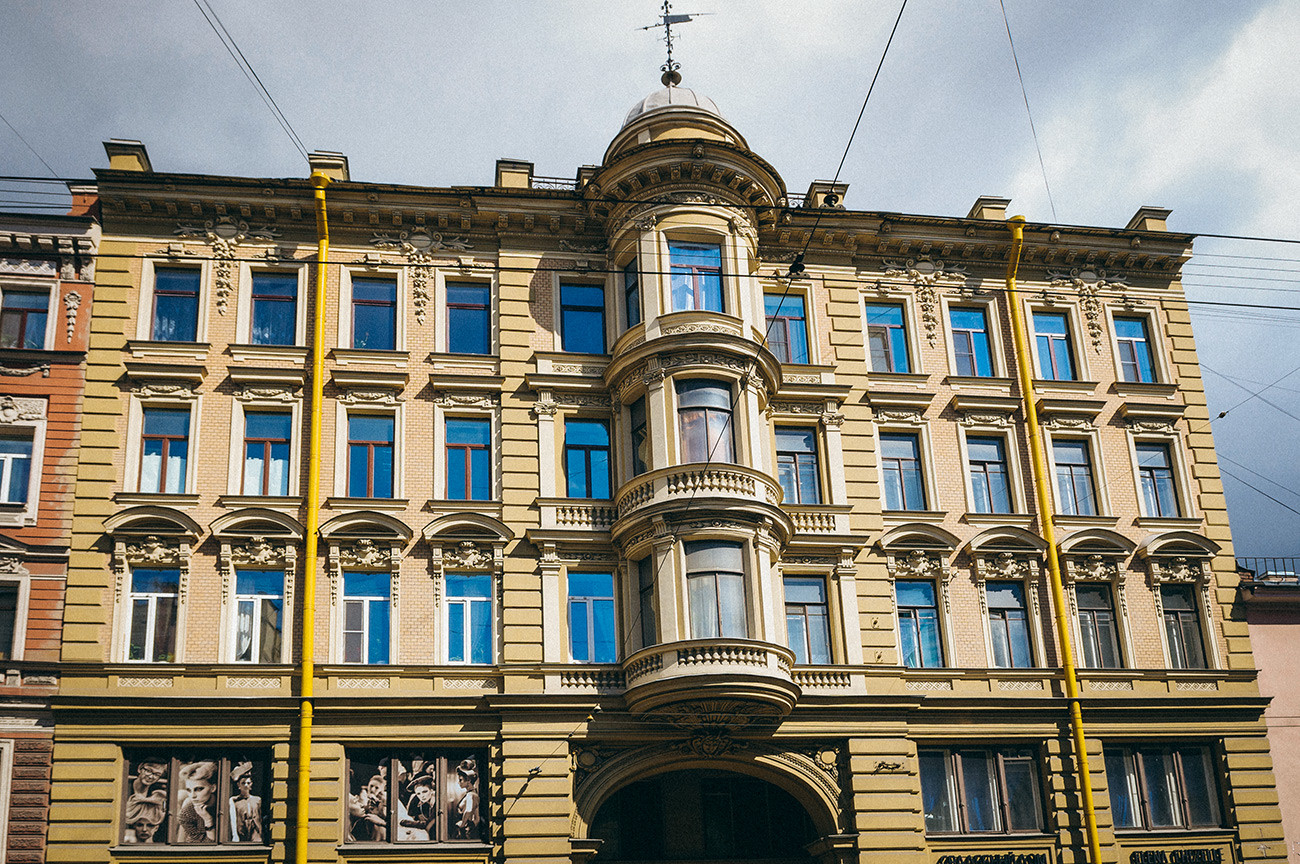 Want to get a glimpse of Grigory Rasputin, the famous mystic and friend of the last Romanovs? Try your luck at the hotel on Gorokhovaya 64 in St. Petersburg, a residential building that dates back to the early 20th century and has, at some point, hosted Rasputin on the third floor. Some of the guests share that they regularly see the white figure of Rasputin roaming around at night. Others think the ghost tends to visit those who are sad or in a bad mood. If he visits a man, he would stroke him on the back at night, or, if visiting a woman, he’d whisper something nice to comfort her. 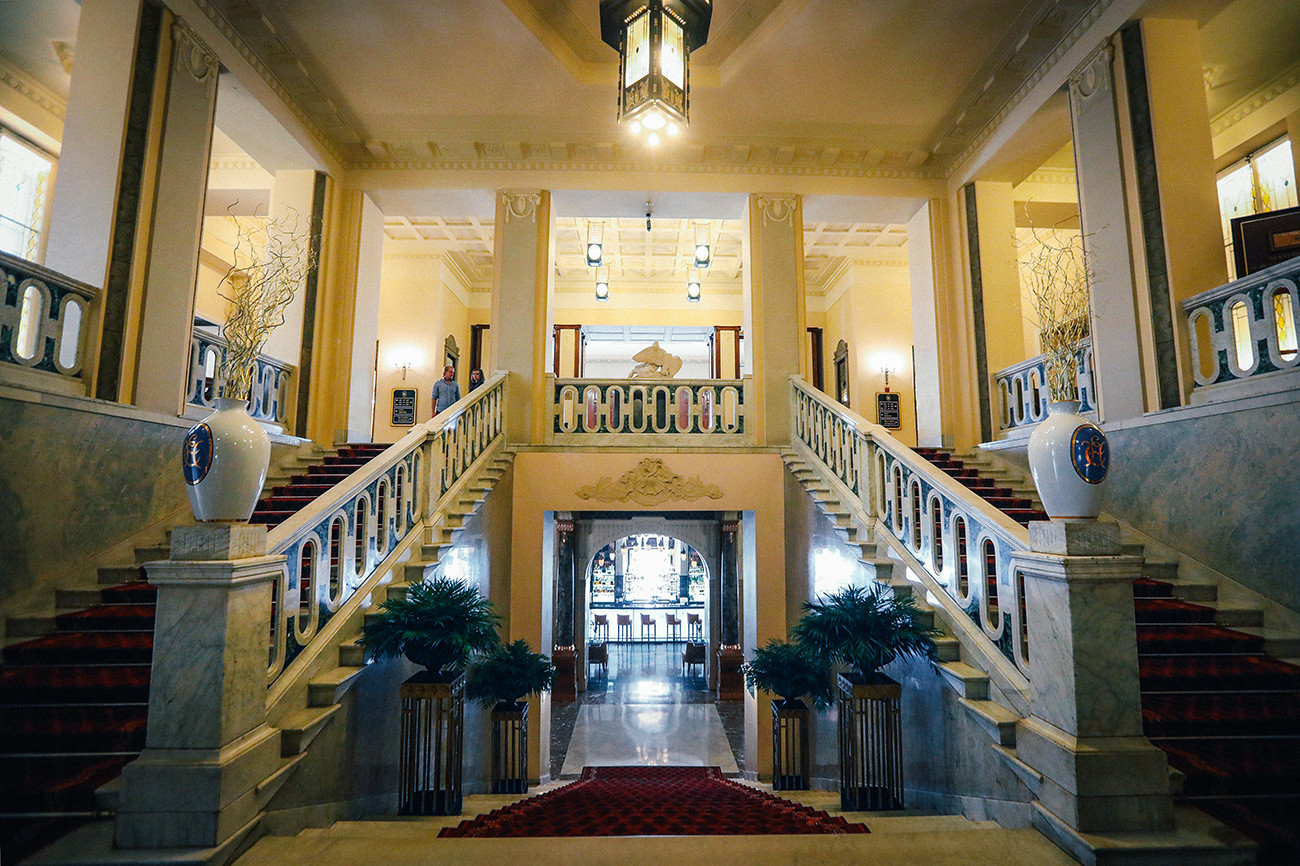 The five-star Grand Hotel Europe opened in 1875 on Arts Square in St. Petersburg. As the legend goes, it replaced an earlier inn situated on the same site - a lodge where since 1706 guests would hear and witness horrifying things like footsteps in the attic, moans, and squeaks. The story tells that once a brave resident went up to the attic once and saw a ghost of the killed officer Belyaev-Tolstoy - a thing that terrified the owner and prompted him to sell the inn. Later, the building was demolished and a new Grand Hotel Europe was built in its place, but it’s believed that the ghost moved into the new hotel as well - there are stories of guests sometimes mistaking the ghost for a porter! 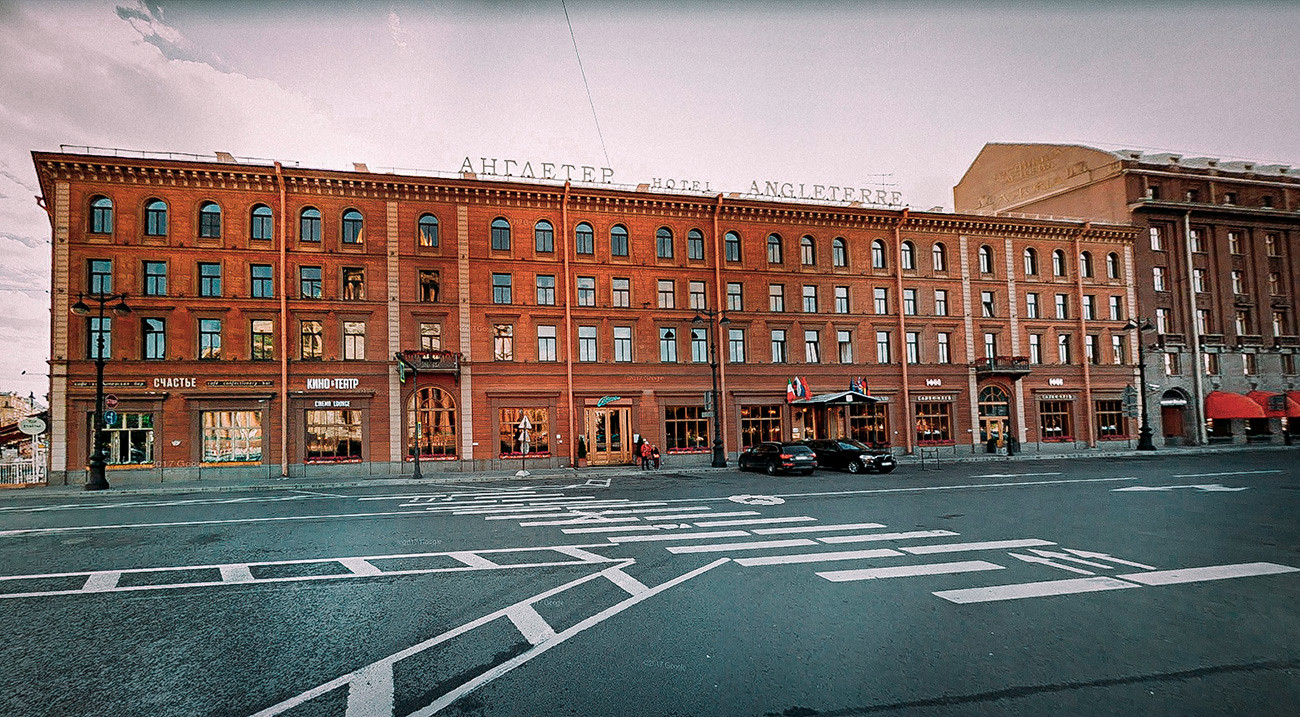 Another place believed to be inhabited by a ghost is the Angleterre Hotel in St. Petersburg - a place where the famous Russian poet Sergei Esenin was found dead in room No. 5 in 1925. Some believe he was suffering from depression and hung himself while others believe it was actually a murder and that suicide was a cover-up. Maybe that’s why the soul of the poet has still not found its peace and is still seen within the hotel’s walls. 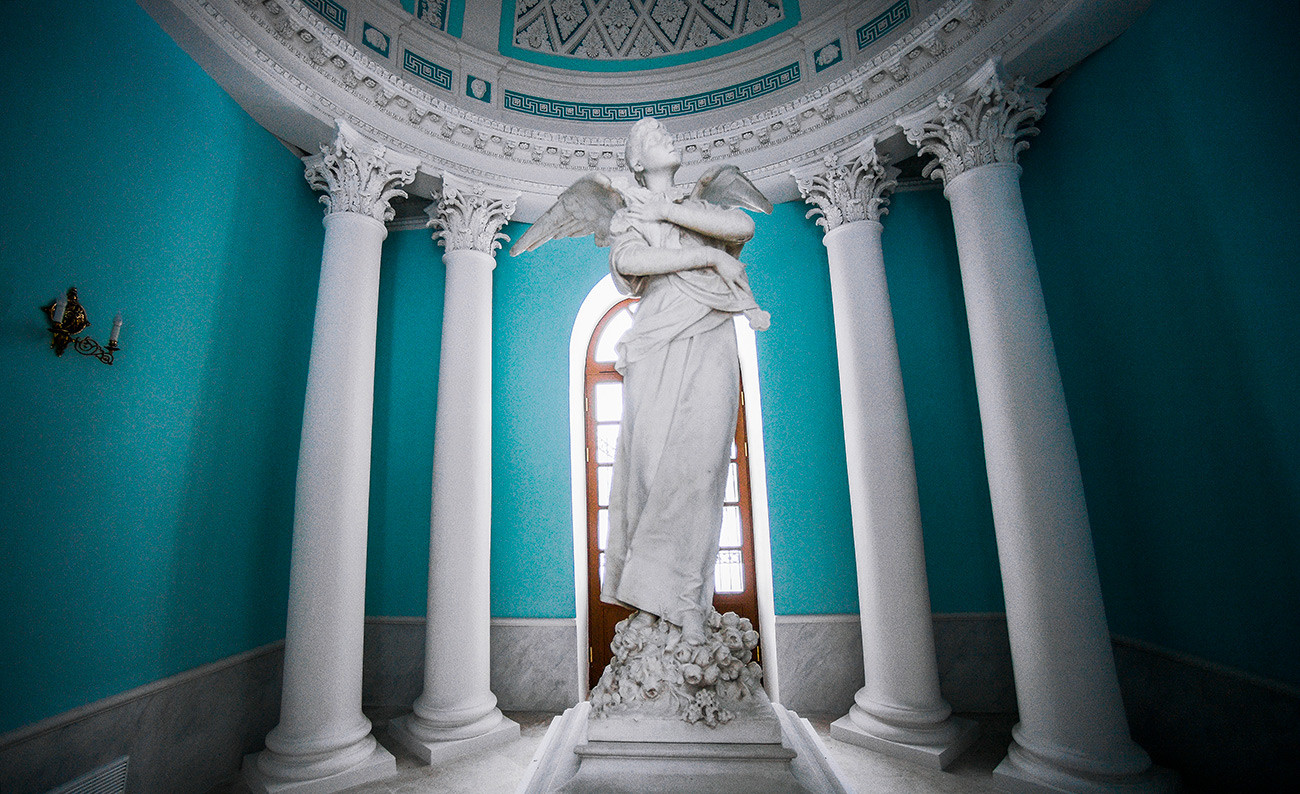 A monument in honor of Tatiana Yusupova in Arkhangelskoye.

The picturesque estate just outside of Moscow, Arkhangelskoye has seen many owners, including the Yusupov family, one of the wealthiest in the country. According to legend, the estate is inhabited by the ghost of Tatiana Yusupova, who died in 1888 at the age of 22 as a result of typhus. Her inconsolable father buried her here and ordered a marble angel to stand over her grave. After he died, the monument was moved to a nearby tea house and since then the ghost of Tatiana has been seen walking around the park searching for her father’s present.