Travel
Boris Egorov
Some are so beautiful that they’ll take your breath away, while others look so scary that you’ll have goosebumps. 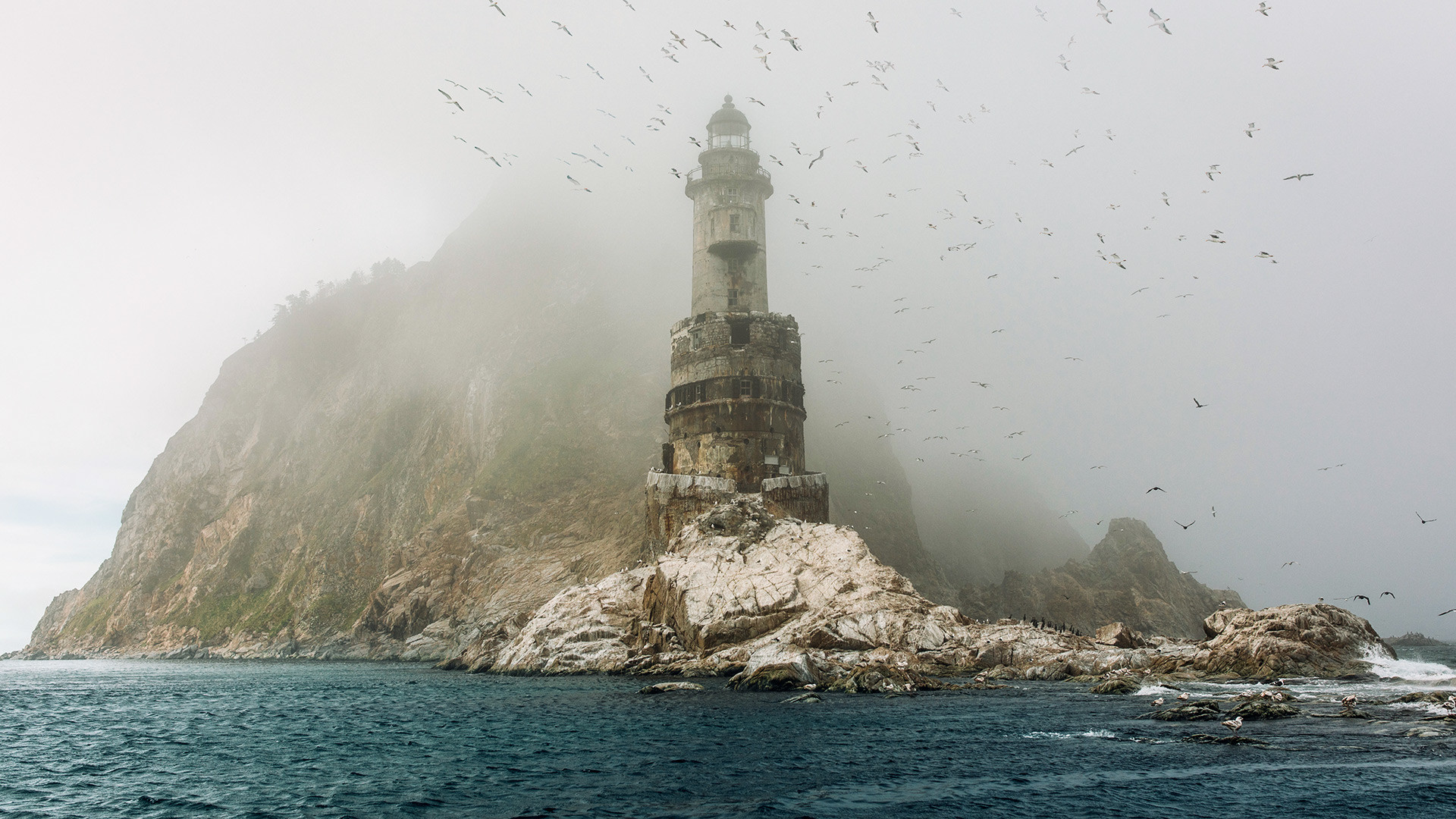 This creepy place would be perfect as a location for a horror movie. The scary-looking lighthouse in the southeastern tip of Sakhalin Island was built by the Japanese in 1939 on the difficult to access Cape Aniva.

When it was operational the 31-meter-high Aniva lighthouse could comfortably accommodate 12 people. For almost 30 years, however, the lighthouse has been abandoned and is slowly collapsing under the force of the water and wind.

Regular tours are organized from Sakhalin’s main city, Yuzhno-Sakhalinsk, to Cape Aniva. During the six-day journey tourists can not only visit the remarkable lighthouse, but also enjoy the breathtaking natural beauty of southern Sakhalin. 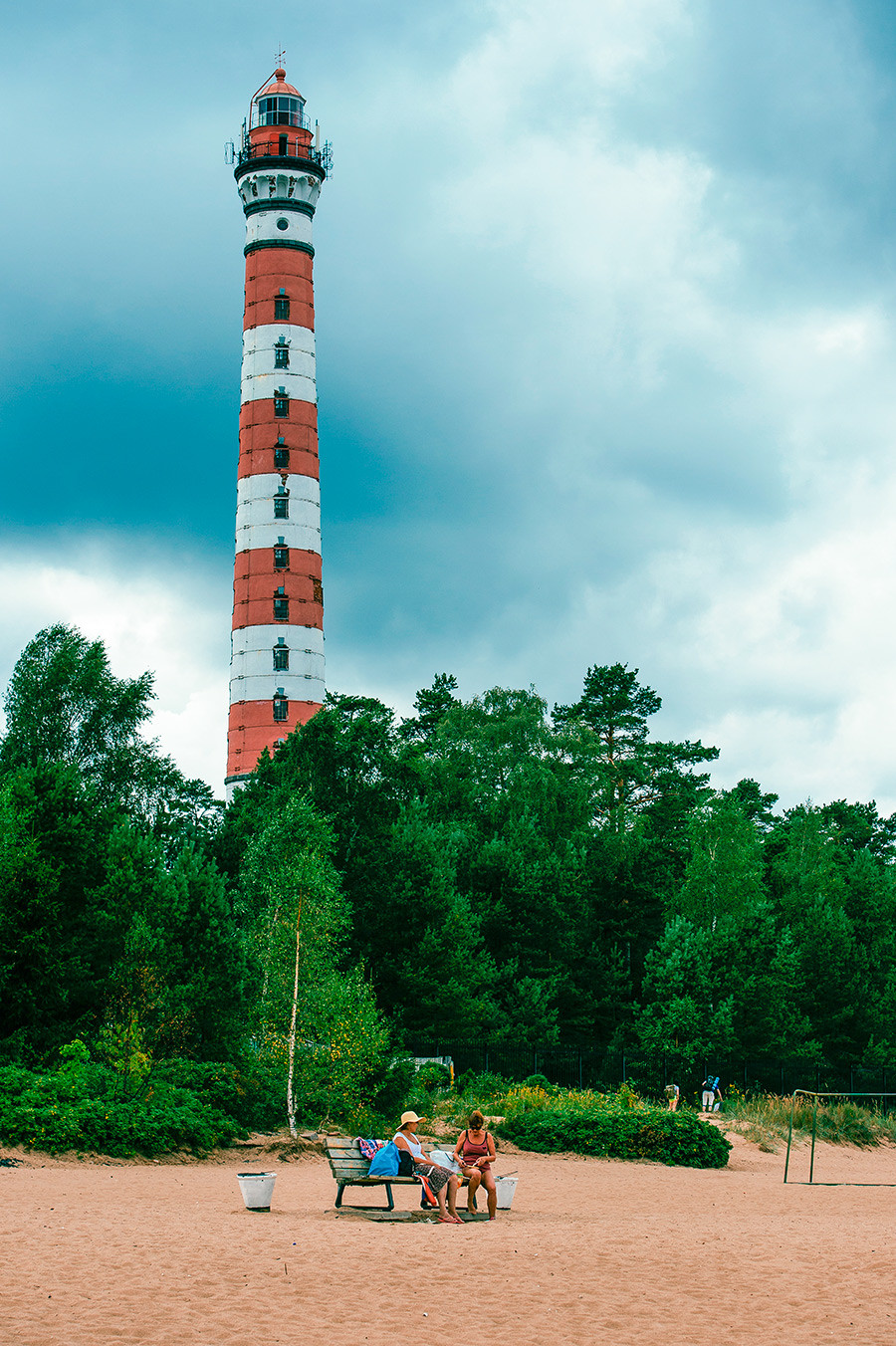 One of the tallest lighthouses in the world, the 70-meter-high Osinovetsky Light celebrates its 109th birthday this year.

The lighthouse played a significant role in World War II, serving as an important orientation marker on the so-called Road of Life, which was the only transport route across frozen Lake Ladoga, along which supplies and troops went in and out of besieged Leningrad.

The lighthouse is located at Ladozhskoye Ozero station, which can be reached from Saint Petersburg’s Finland Station. Osinovetsky Light is perfectly seen from everywhere - so, it’s hard to get lost. Since it belongs to the Ministry of Defense, the lighthouse is off-limits to the public. 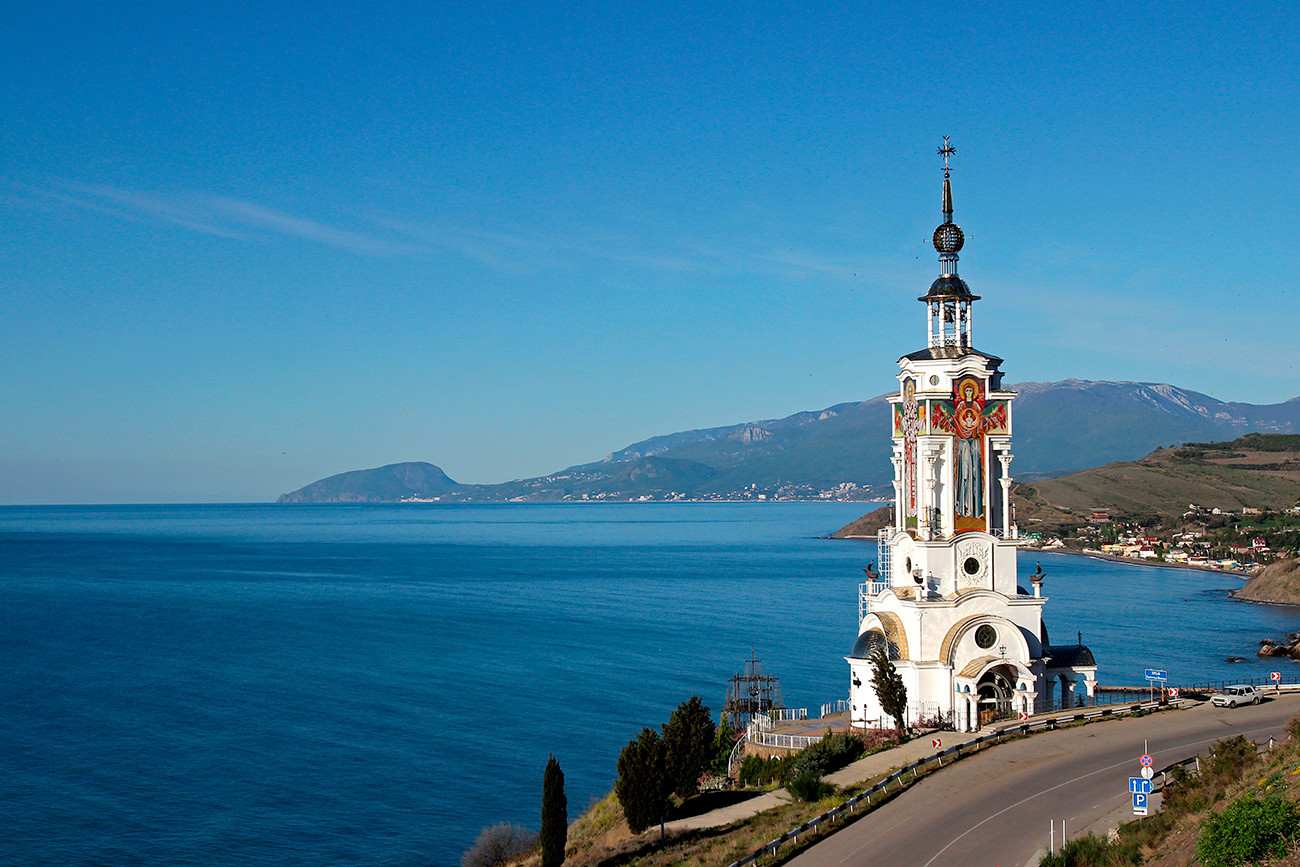 The St. Nicholas church-lighthouse is not the only one of its kind in Russia, but it is definitely the most beautiful. Besides, this 65-meter-high building is the tallest church in Crimea.

Built in 2007, the church-lighthouse is a unique place. Besides being an Orthodox church and lighthouse it is also the Museum of Disasters on the Water, whose collections are located in the basement of the building.

The St. Nicholas church-lighthouse is in the village-resort of Malorechenskoye, just over an hour car ride from Crimea’s main city - Simferopol. 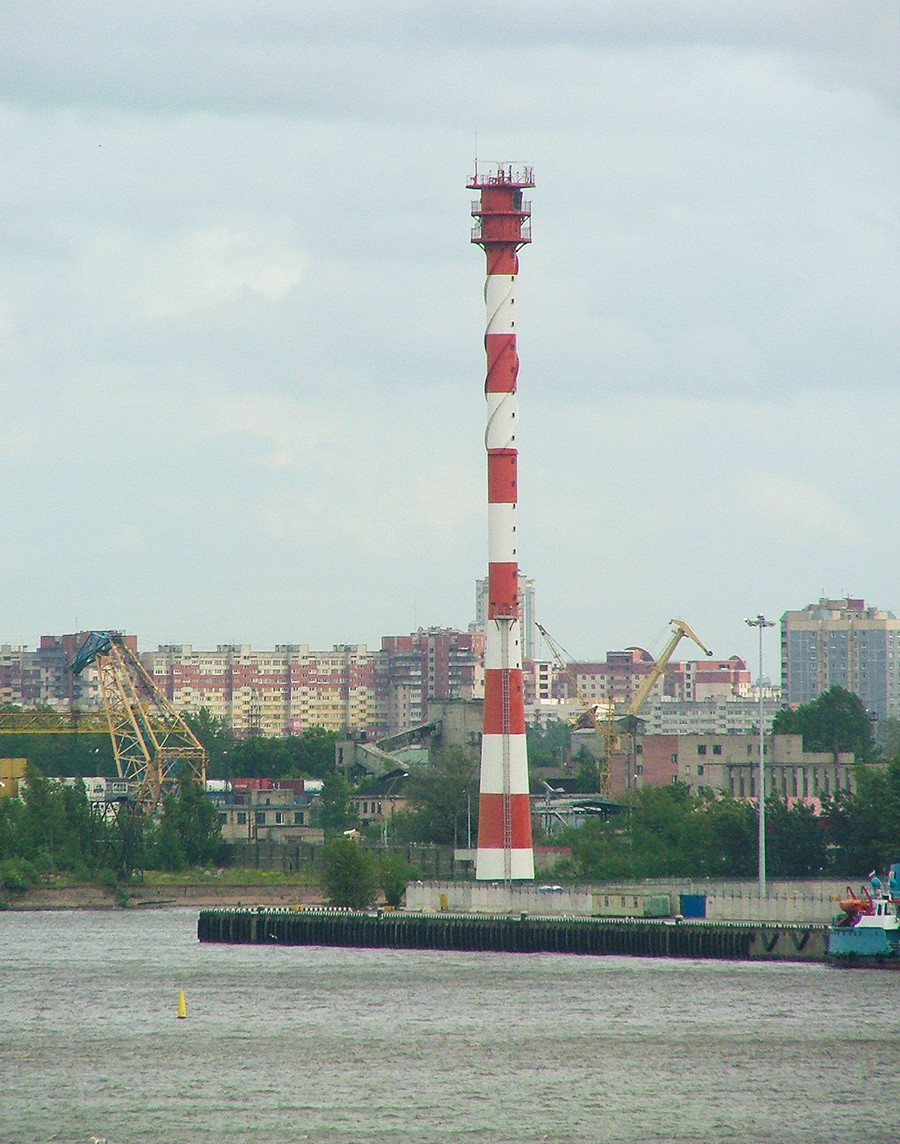 The 73-meter-high Lesnoy Mole Rear Range is the tallest lighthouse in Russia and the fourth tallest in the world. Located in a dockyard on the waterfront, it guides ships into the commercial harbor of Saint Petersburg.

Lesnoy Mole Rear Range looks like a true giant, especially compared to its two smaller ‘brothers’:16 and 26 meters in height, and located nearby.

The lighthouse is perfectly seen from any place in St. Petersburg's harbor. 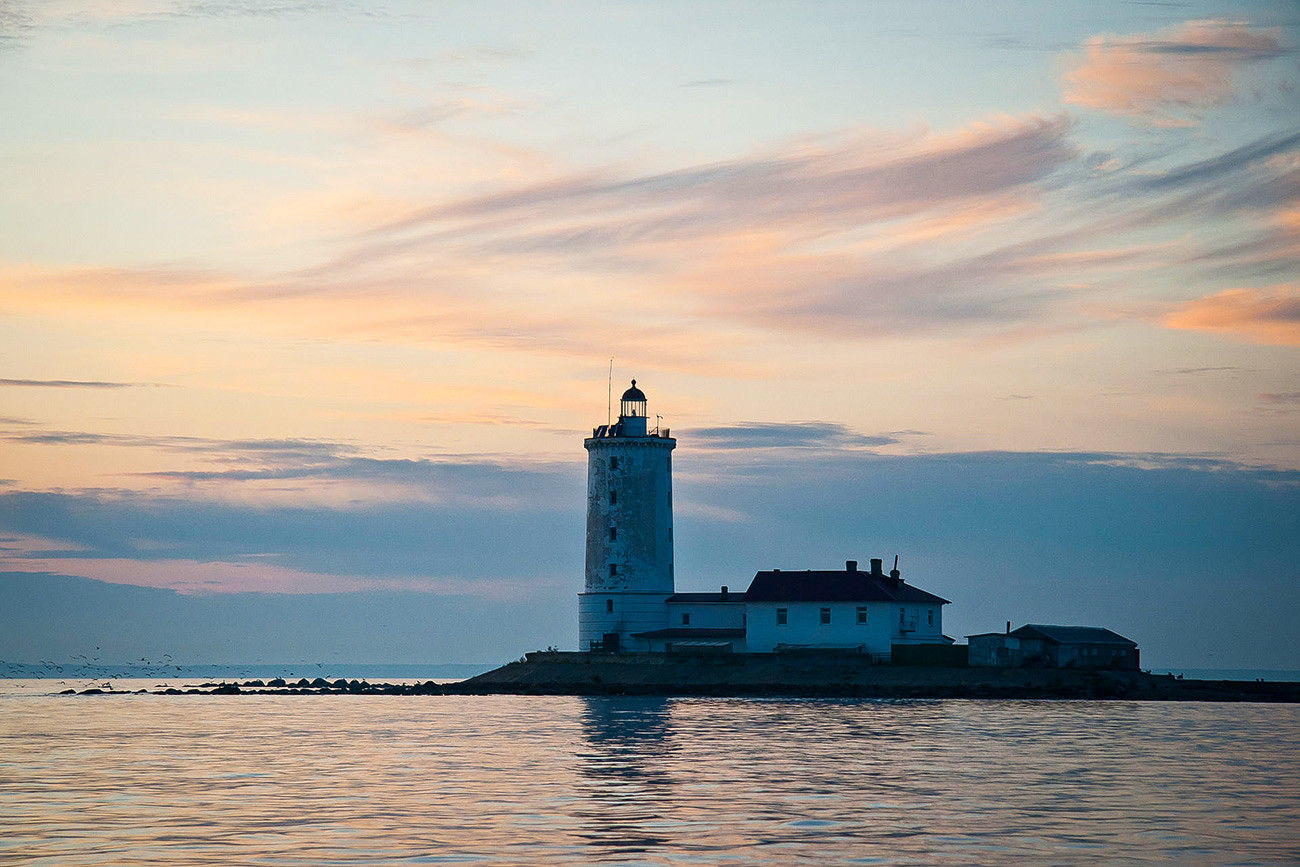 Built in 1719 by order of Tsar Peter the Great, Tolbukhin lighthouse is one of the oldest (if not the oldest) lighthouses in Russia.

For over 300 years this lighthouse was the first to meet friendly or enemy ships that were entering St. Petersburg. In recent years it has been completely modernized and, despite its respected age, continues active duty.

Tolbukhin lighthouse is located on a small island in the Gulf of Finland, 40 kms from St. Petersburg. The island is closed to the public, and the lighthouse can only be observed from ships passing by. 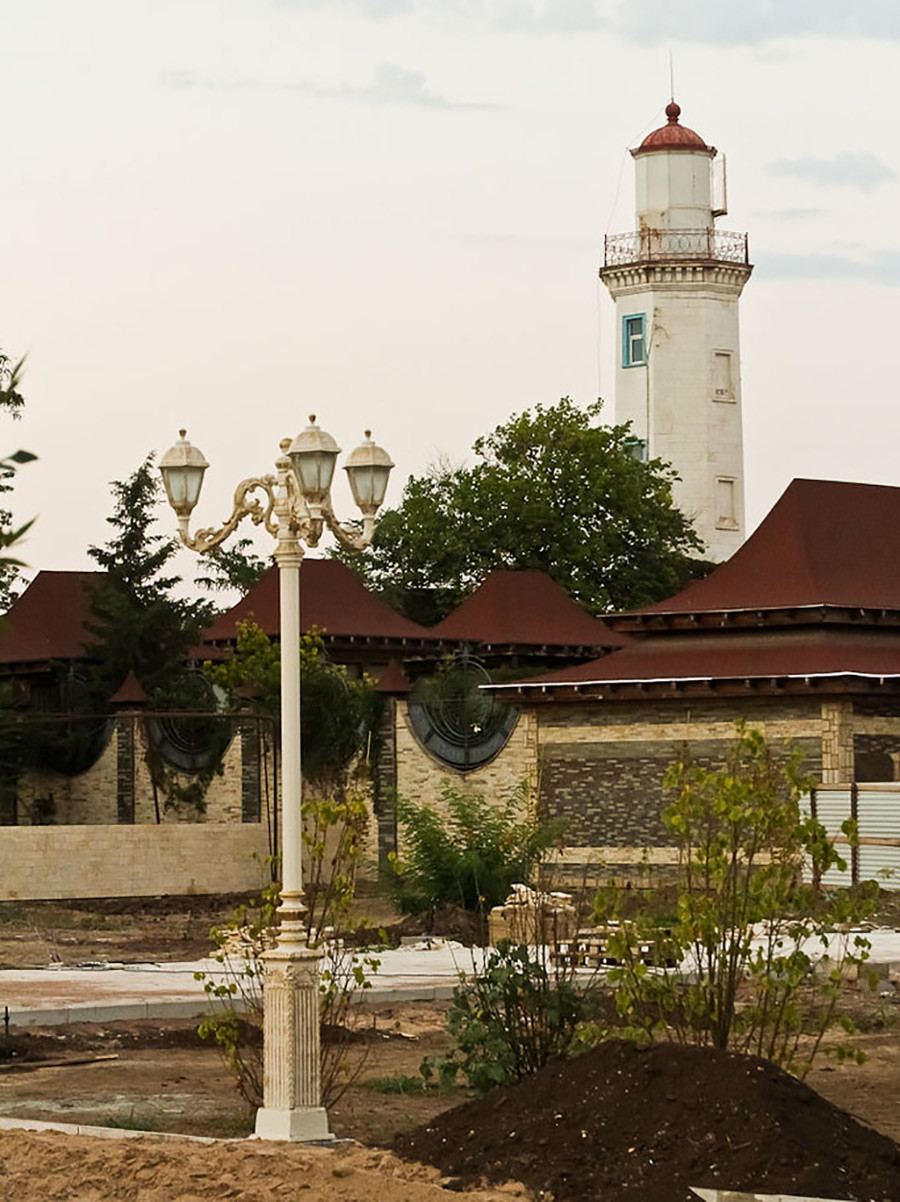 Unlike most lighthouses, this one isn’t located on the seashore, but rather, in the center of the city, 500 meters from the Caspian Sea. Some researchers believe the sea level was much higher in past centuries.

Russia’s southernmost lighthouse, the Derbent lighthouse was built in 1853 and still operates today. The light is so strong that it can be seen as far away as 33 km.

Unfortunately, the Derbent lighthouse is closed to the public. Still, it can be admired at a close distance from nearby city parks. 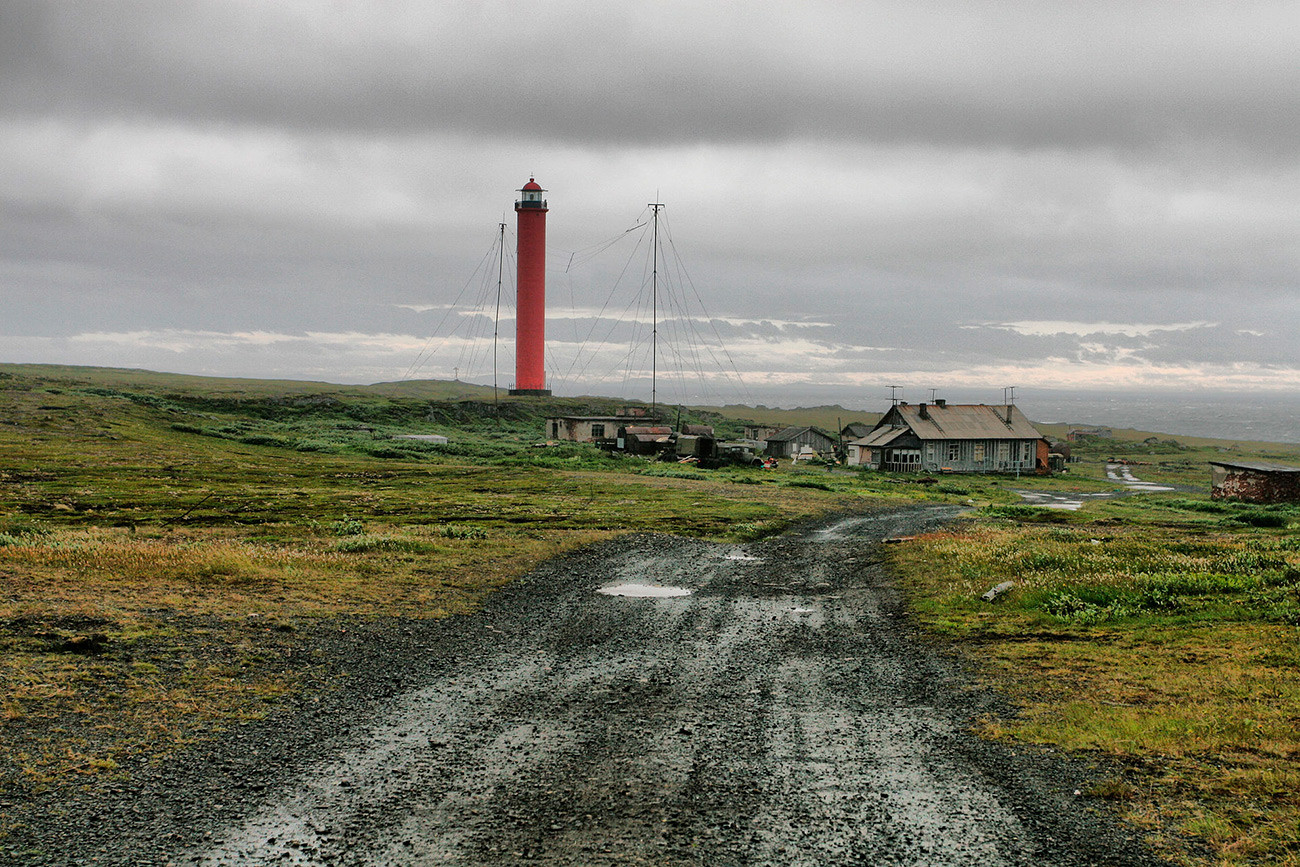 At 29-meters-high, Vaydagubsky is Russia’s northernmost lighthouse, located on the Rybachy Peninsula that juts out into the Barents Sea, not far from Norway.

In the first half of the 20th century this area was a source of confrontation between Finland and the Soviet Union, and traded hands several times. Heavily damaged during World War II, the Vaydagubsky lighthouse was completely restored in modern times.

The lighthouse is located in the village of Vayda-Guba, less than 180 km from Russia’s major northern city of Murmansk. Access-free for the Russian citizens, it is, however, off-limits to foreigners.