Top 7 most extraordinary towers in Russia 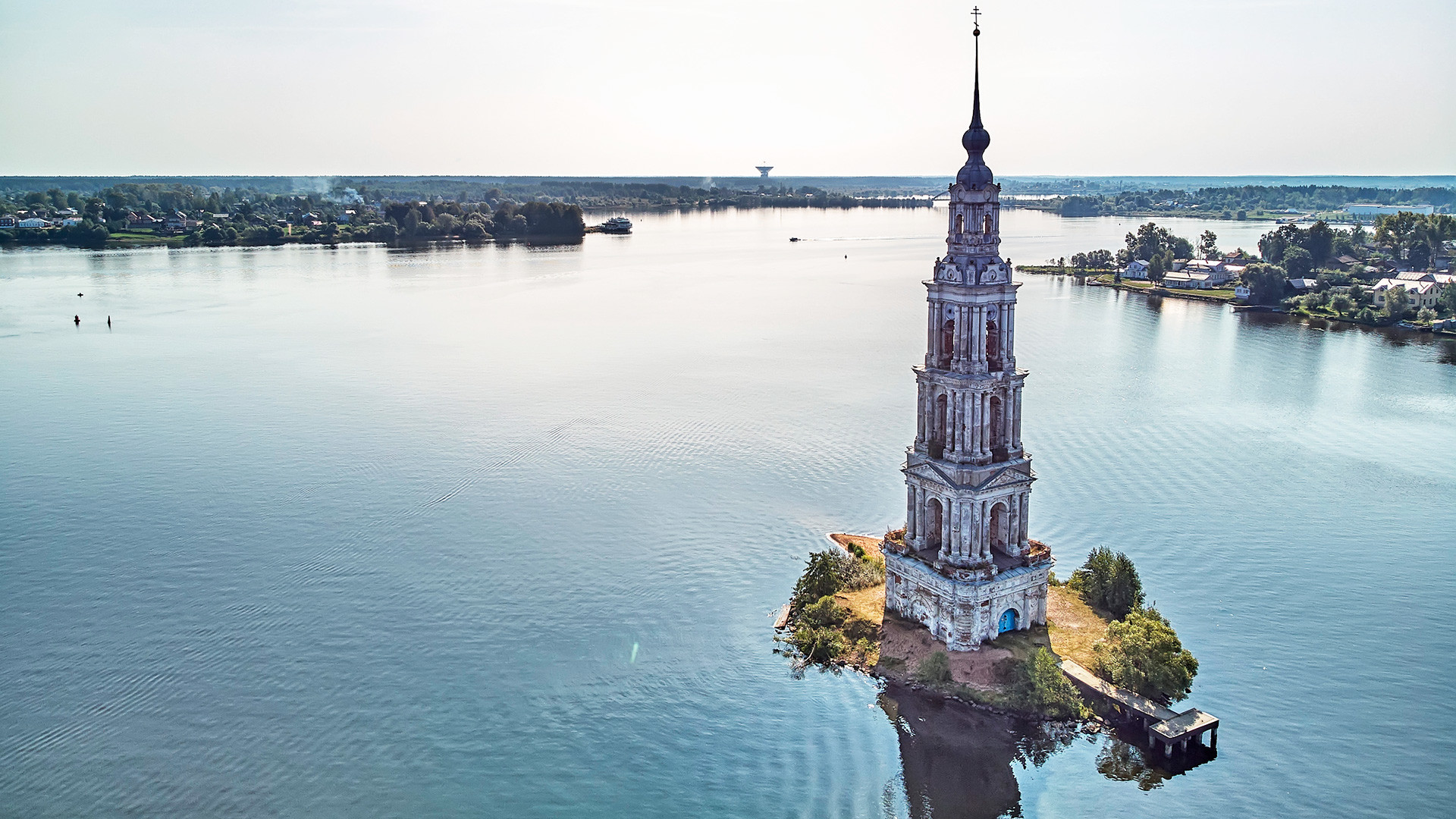 Legion Media
Are you fascinated by historical, mysterious, and unusual towers? Come to Russia! The country has many, including some of the tallest and most durable in the world, as well as several leaning ones as in Pisa, not to mention a mystical tower with griffons. 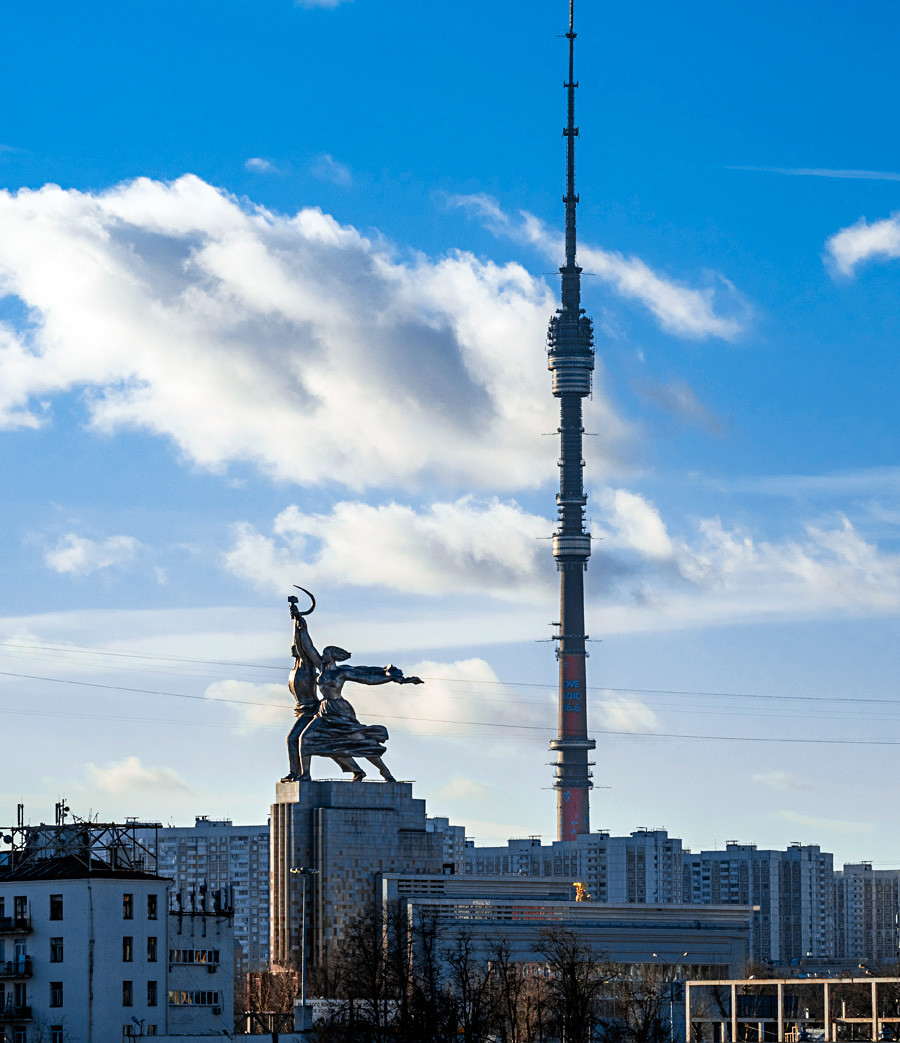 540 meters high, Ostankino television and radio tower is the tallest structure in Europe. If it was a residential building, the tower would have 180 floors, but in it has only 45.

During the 1998 Moscow hurricane, the tower’s top leaned six meters from a strictly vertical position. In theory, it has the capacity to as much as 14 meters.

On August 27, 2000, an intense fire burned three floors on Ostankino Tower, including the famous restaurant “Seventh Heaven.” It reopened only 16 years later. In fact, the intensity of the fire was so great that many believed that the tower might entirely collapse. 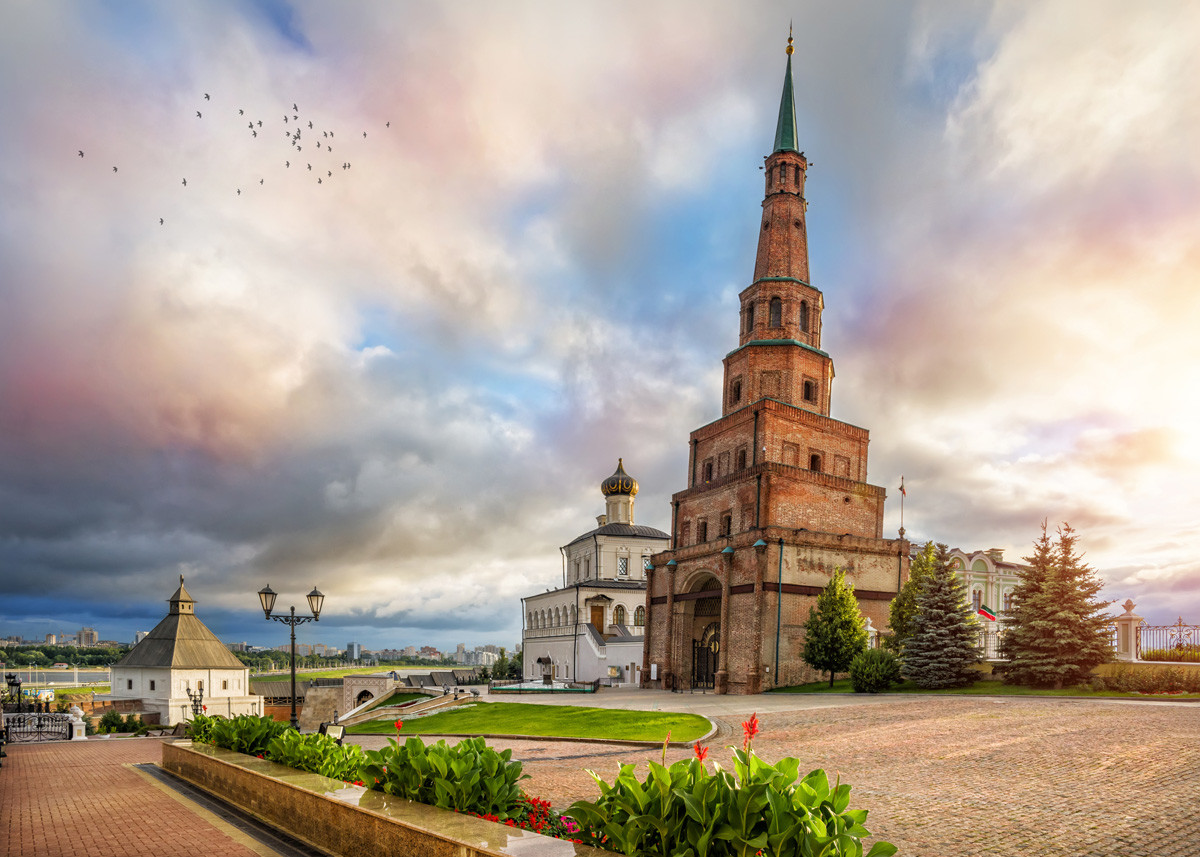 One of the symbols of the city of Kazan, Söyembikä Tower belongs to the category of so-called “leaning towers,” just like the one in Pisa. Today, its incline is almost two meters.

Since local archives have been lost, nobody knows when and why the tower was built. Some say it was erected in the 16th century by order of the Tatar ruler Söyembikä to honor her dead husband.

According to another legend, when Ivan the Terrible captured Kazan he wanted to marry Söyembikä. She agreed to do so, but only if he first built a tower in seven days. When the tower was completed, she ended her life by jumping from the top. 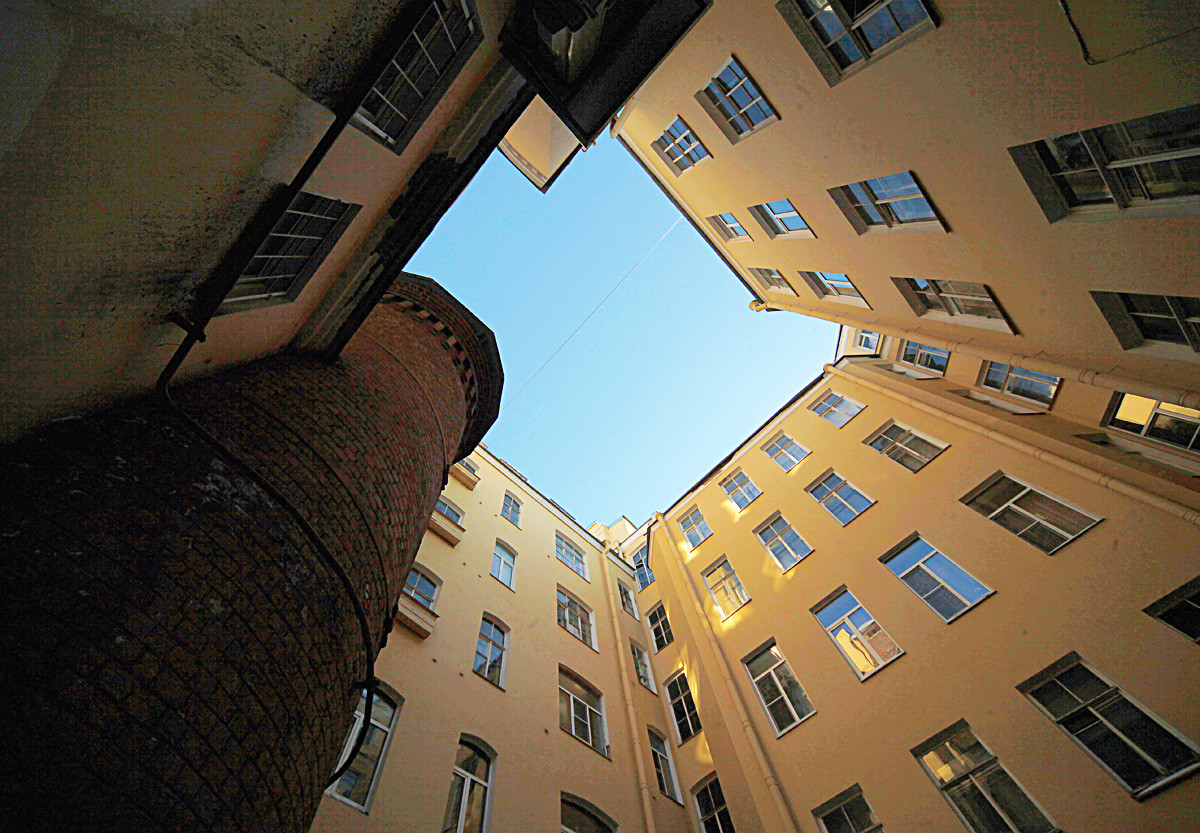 mysterious tower is hidden in one of the yards in St. Petersburg’s historical center. Griffin Tower is, in fact, what’s left of an old boiler station.

There is a legend that this tower was used by pharmacist Vilhelm Pel in the 19th century, who conducted alchemy experiments there. During the night Pel’s laboratory was said to be guarded by griffons who flew over the city. 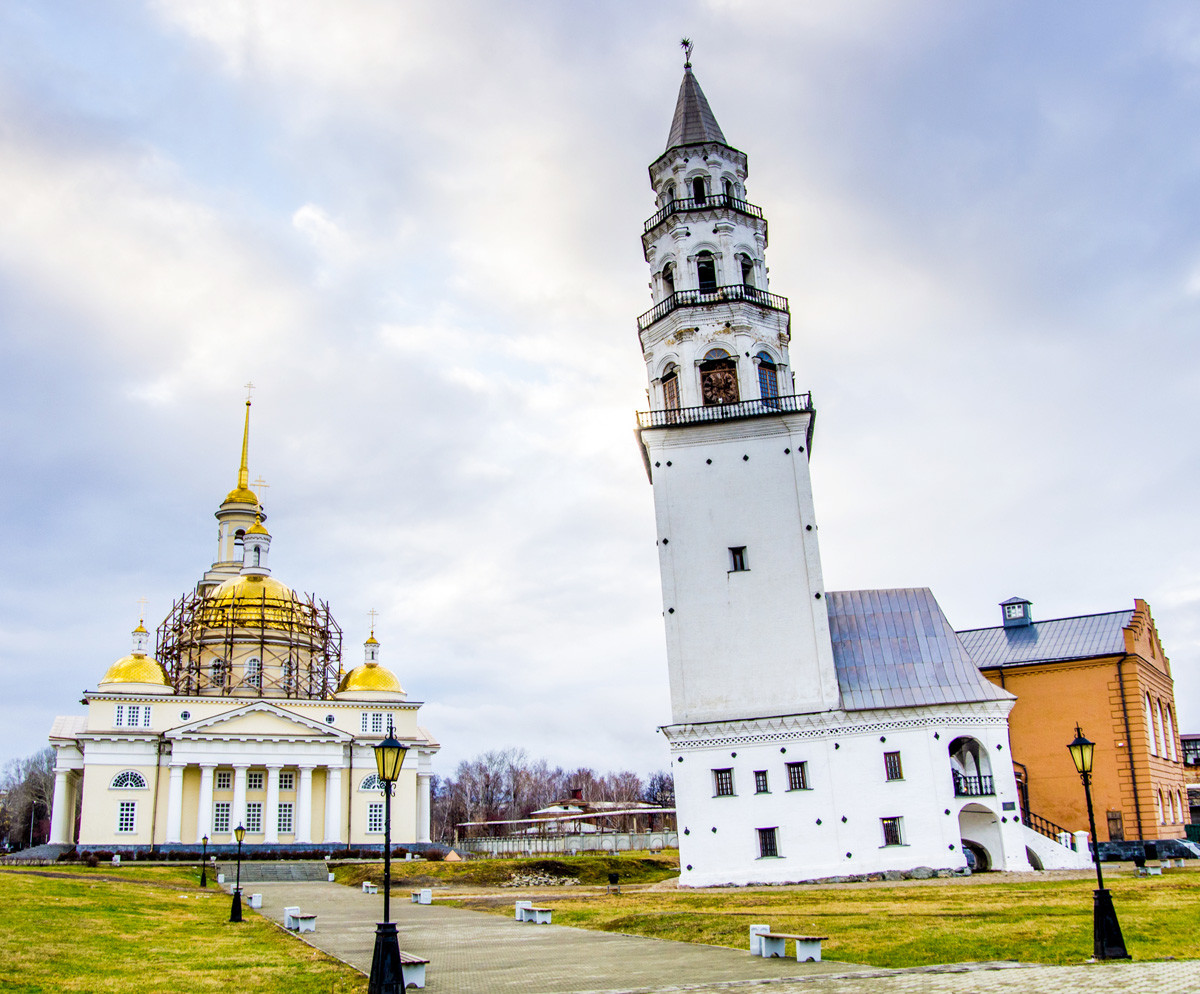 Another leaning tower can be found in the small town of Nevyansk in the Urals. Pisa’s “sister” has an incline of 1.86 meters.

There is a story that the tower, which was built in 1725, was the first in the world to use a lightning rod, nearly 25 years before it was officially invented by Benjamin Franklin in America. 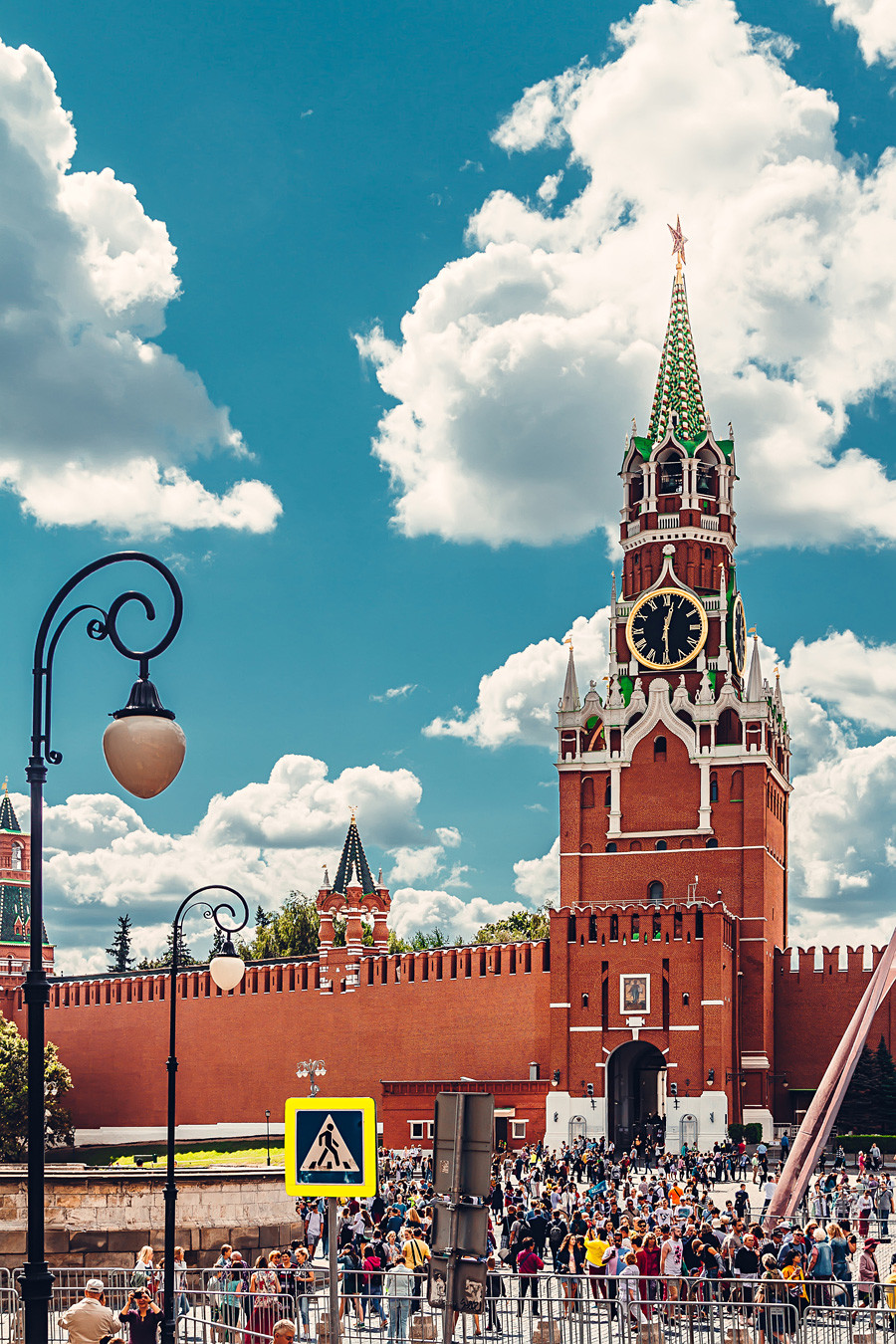 Moscow Kremlin has 20 towers, and each is worthy of attention. However, the most important among them is Tower (Saviour Tower).

For centuries it served as the main entrance to the Kremlin. It was customary for people to remove their hat when passing through the gates. Those who didn’t do so were sometimes taught a lesson, and it’s said that when Napoleon tried to ride into the Kremlin wearing his cocked hat a strong wind suddenly appeared and blew it from his head.

The most important clock in Russia is mounted on Tower. The ring of its bells officially ushers in the New Year in Russia. 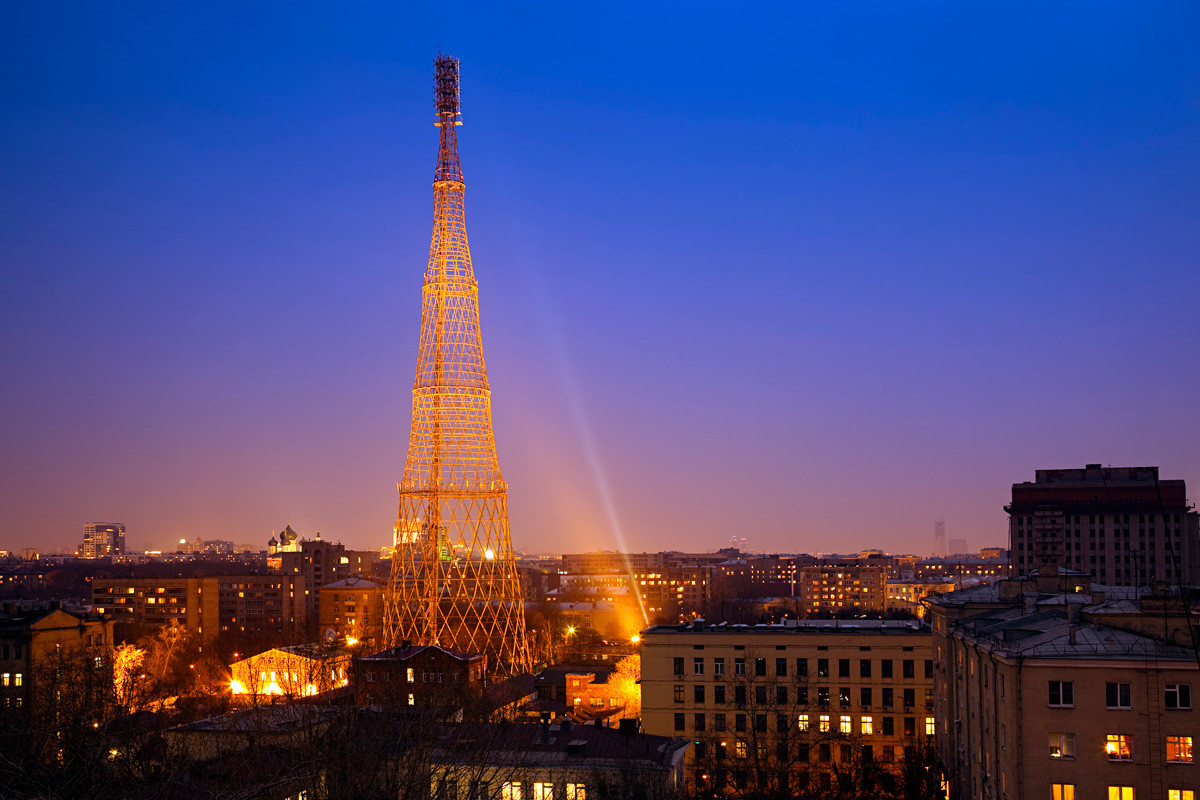 in the early 1920s at the end of the Civil War, for many years the Shukhov broadcasting tower was a symbol of Soviet television.

With a hyperboloid design, the tower is extremely durable. Thus, when a small aircraft hit the tower in 1939, it didn’t even need repairs. The Moscow hurricane of 1998 also didn’t cause any damage. 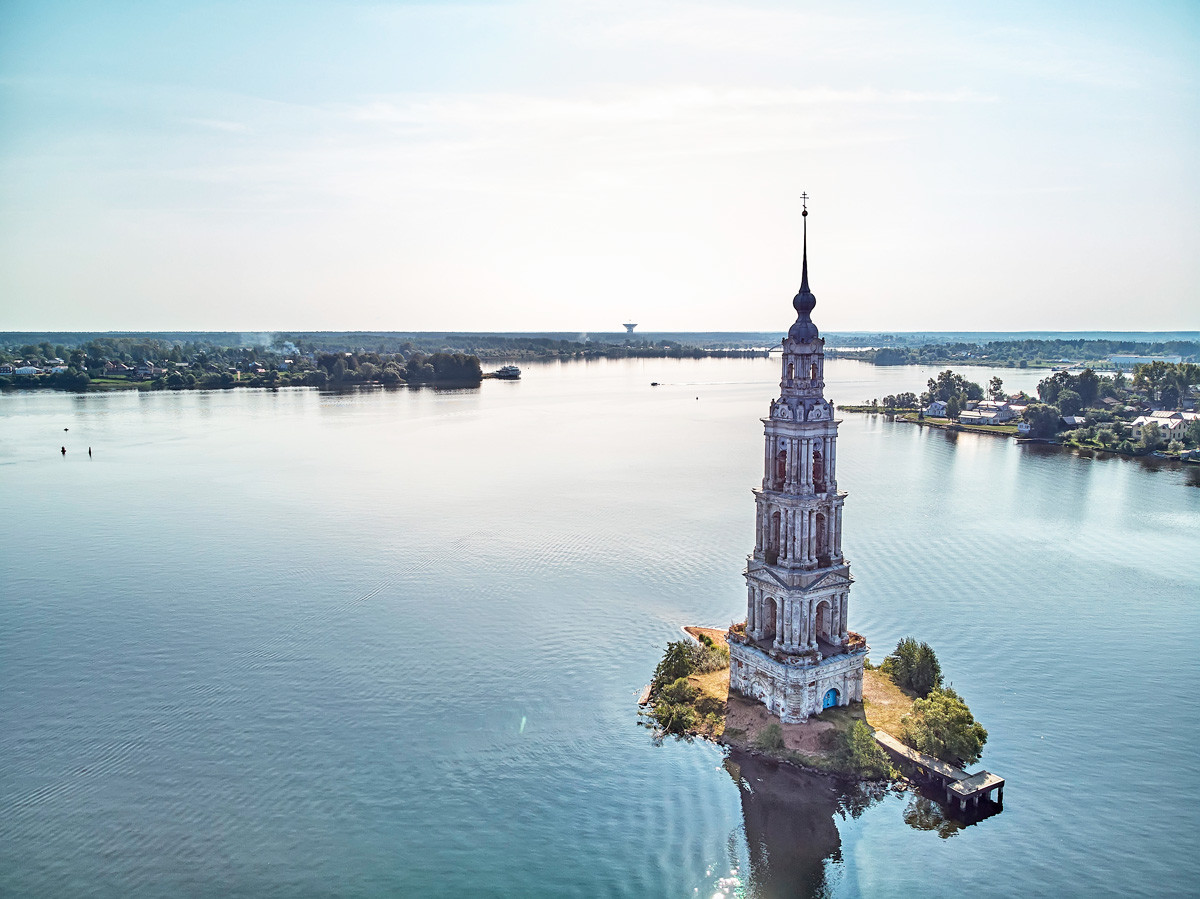 A church bell tower in Kalyazin (almost 200 km north of Moscow) is all that’s left from the town’s historical center after it was flooded in the late 1930s to build a hydroelectric station. While the church was torn down, its bell tower was spared to serve as a lighthouse in the newly formed reservoir.

Despite plans to eventually destroy the tower, it remains standing. Today, the lonely Kalyazin bell tower stands on a tiny island and is a major tourist attraction. Also, it serves once again as a place for religious ceremonies.