10 things to do at the legendary Soviet park VDNKh 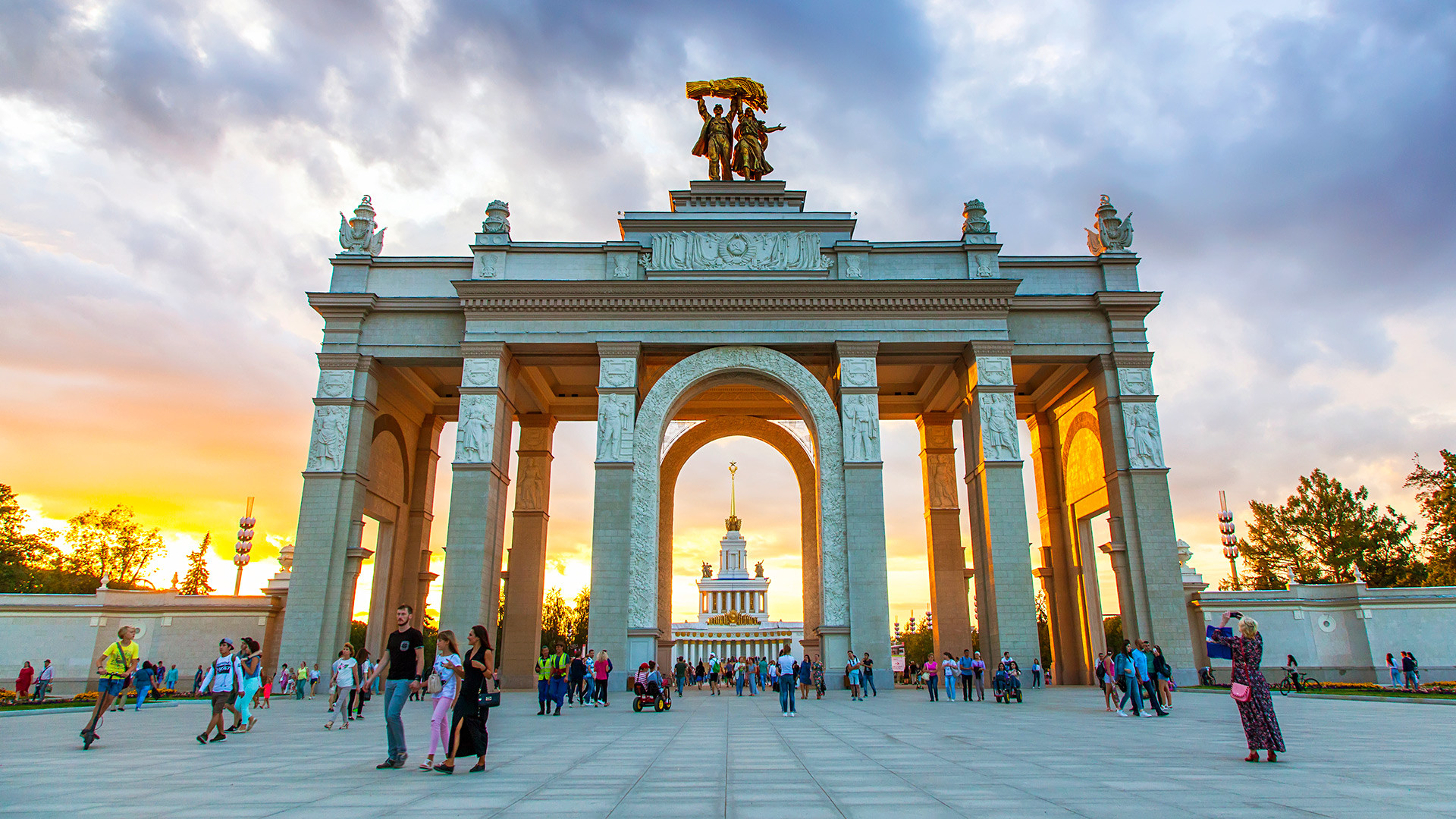 Legion Media
The biggest Soviet theme park in Moscow is just 20 minutes from the center. Here’s what to see there.

VDNKh, which stands for the Exhibition of Achievements of the National Economy, opened in Moscow in the summer of 1939. It is an enormous territory with dozens of pavilions, fountains, ponds, recreation zones, cafés and restaurants. So it’s no surprise that VDNKh is one of the most popular public spaces among both Muscovites and tourists. It’s basically a gigantic Soviet theme park where you can easily spend the whole day. 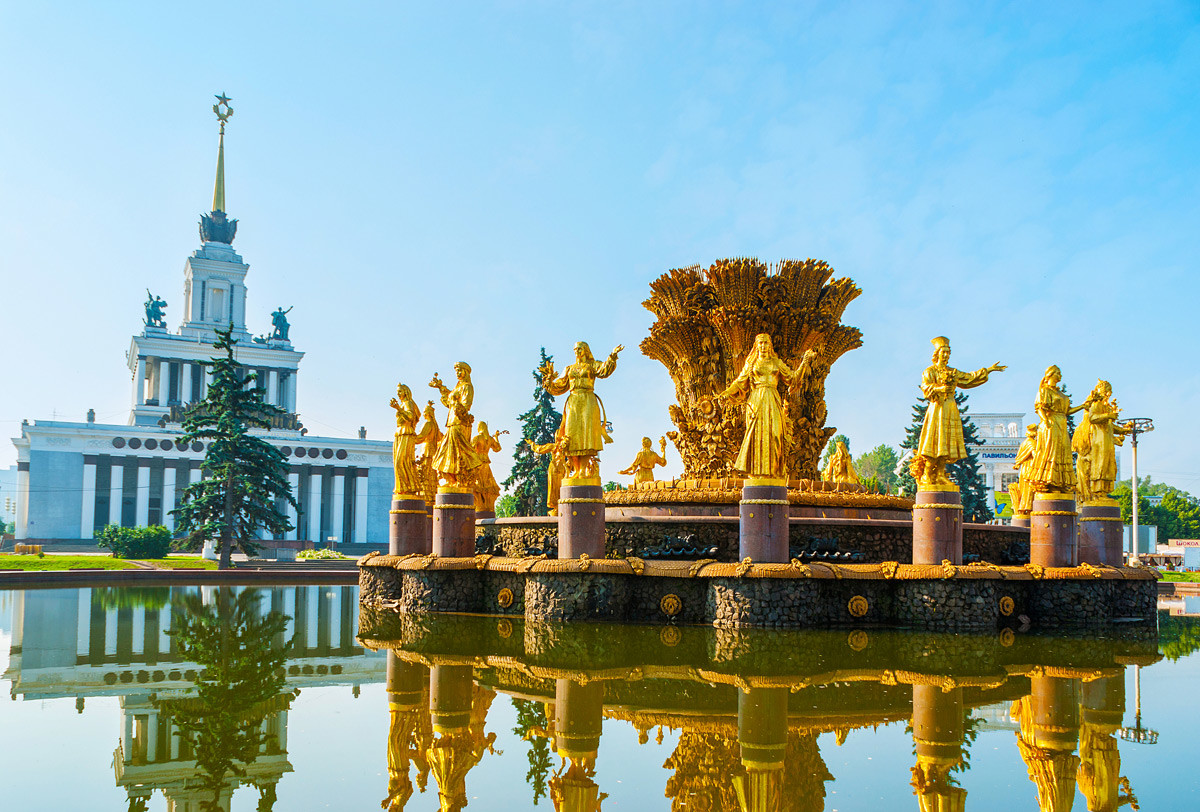 Most of VDNKh’s pavilions were built in the 1950s, although some buildings go back to the late 1930s. As soon as you enter through the arch at the main entrance, you will see the enormous Central Pavilion, a Stalinist structure decorated with reliefs narrating the history of the Soviet Union. Right behind this is the famous Friendship of the PeoplesFountain, which features sculptures of 16 young women dressed in the national costumes of the different Soviet republics. This has become the main symbol of VDNKh. Two avenues lead from the fountain and walking along them you will see pavilions devoted to various sectors of the economy (metallurgy, transport, etc.), as well as pavilions devoted to the different republics (Kyrgyzstan, Armenia). These are all impressively eclectic and incorporate architectural styles from a wide array of time periods and nations. There are 50 of them in total. 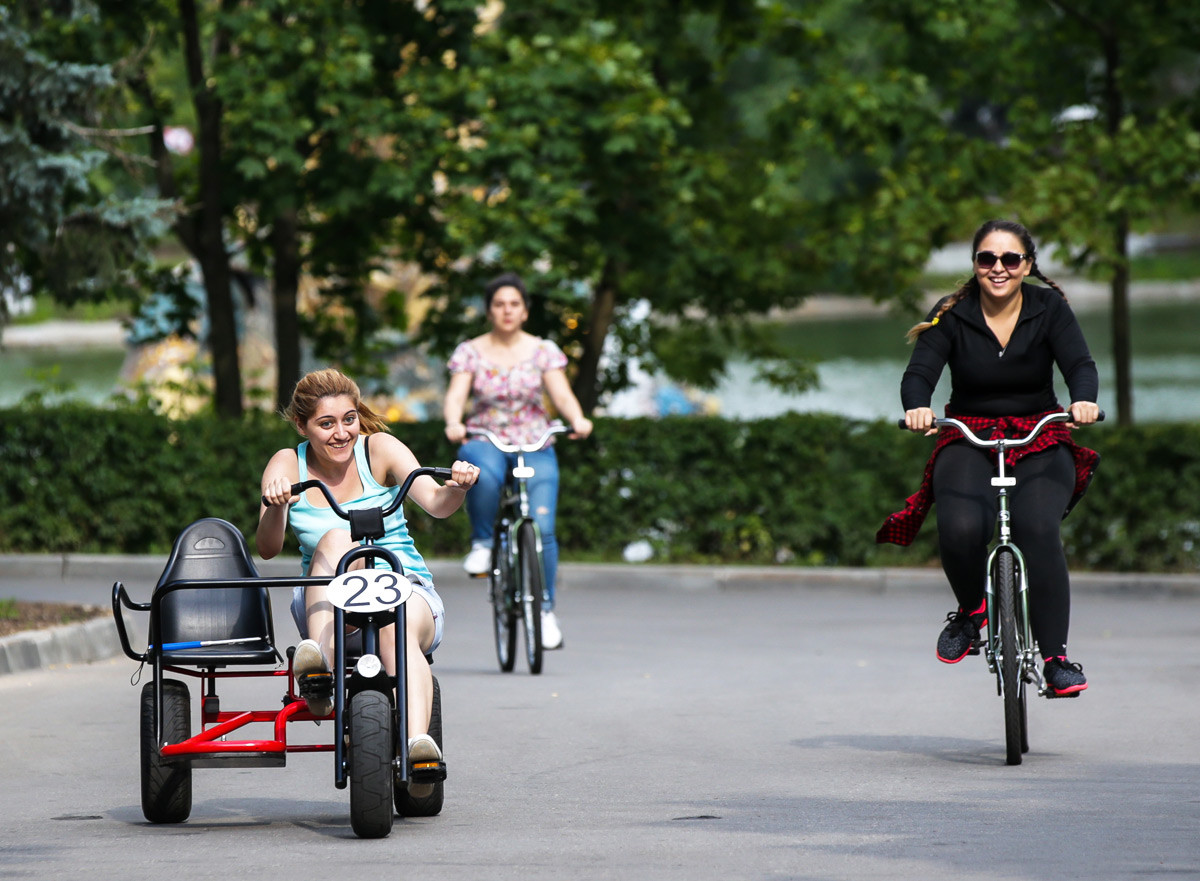 Do you want to see all of VDNKh in one day? Then you'd better hire a bicycle or a kick scooter—there are dozens of places to rent them around the park. Just remember that the park covers an area of two square kilometers, so it’s going to be a long visit. In the summer, you can do all sorts of other sports here: take a wakeboard lesson, navigate a rope park or, for fans of intellectual sports, play chess. In the winter, VDNKh also boasts the biggest ice-skating rink in the city, located right next to the Central Pavilion.

3. Learn the secrets of space 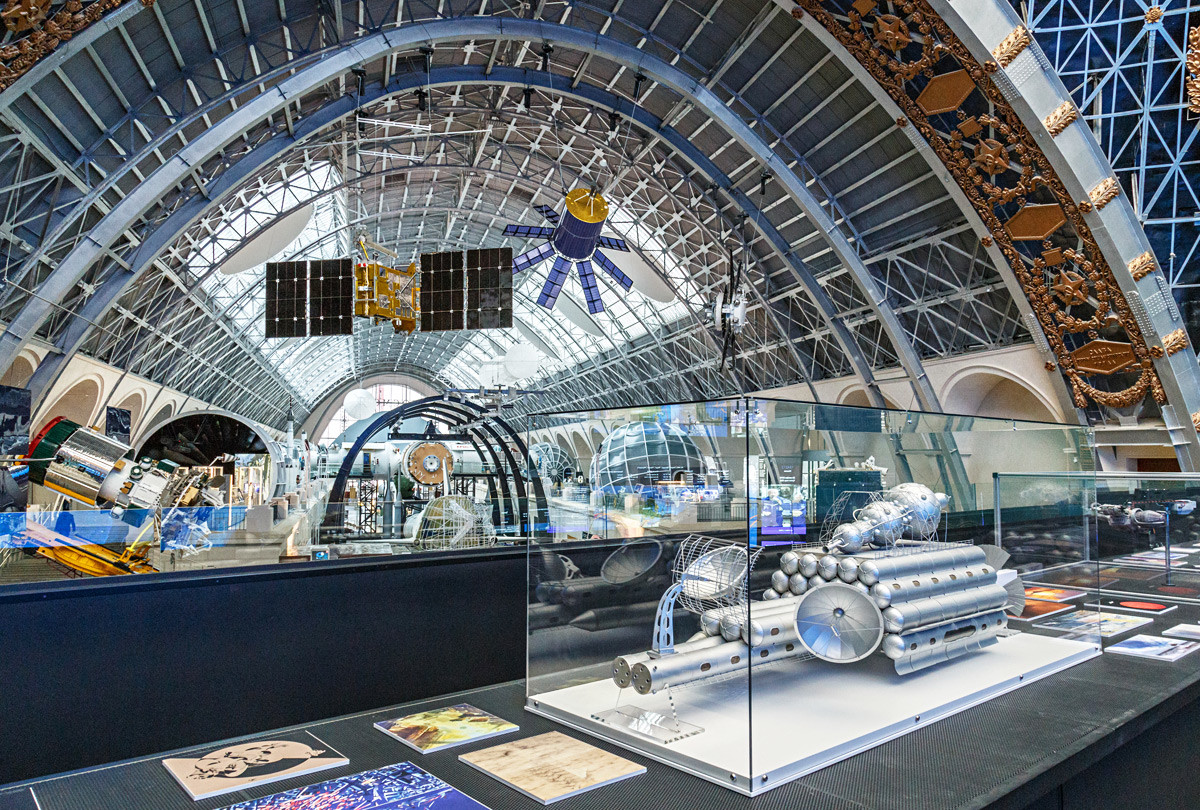 Even if you are not interested in space exploration, you will definitely like the Cosmonautics Museum. Here you can find the personal belongings of cosmonauts, along with models of Mir and the International Space Station, the Luna-9 and Venera-1 automatic stations, space suits and artificial Earth satellites. The museum organizes lectures and scientific conferences, so you might even encounter people who work in the space industry. You can take a break from looking at the exhibits and go to the museum's canteen, which it is praised by many visitors. As a memento, you can buy space badges, cosmonauts' food and even meteorite fragments.

If you like traditional Soviet and Russian cuisine, we have good news for you: There is an incredible choice of cafés and restaurants here serving Olivier salad, "herring under a fur coat" and pelmeni.

Ottepel (the Thaw) restaurant in pavilion 311 has recreated 1950s interiors while at the same time giving a modern touch to Soviet dishes. The menu includes bruschetta with sprats and forshmak, potatoes baked in embers (just like they ate in Young Pioneer camp) with julienne (a mushroom casserole) and hummus on a bagel.

In the Moskovskoe Nebo (Moscow Sky) café in pavilion 422, the national dishes of the Soviet republics are brought together under one roof. Here you can find Chicken Kiev as well as Uzbek-style flatbread and Caucasian kebabs. The most delicious desserts await you in the Michurin restaurant (pavilion 131), named after a famous pioneer of agricultural crop selection.

In the Transport Pavilion, you can even taste real space food in tubes. 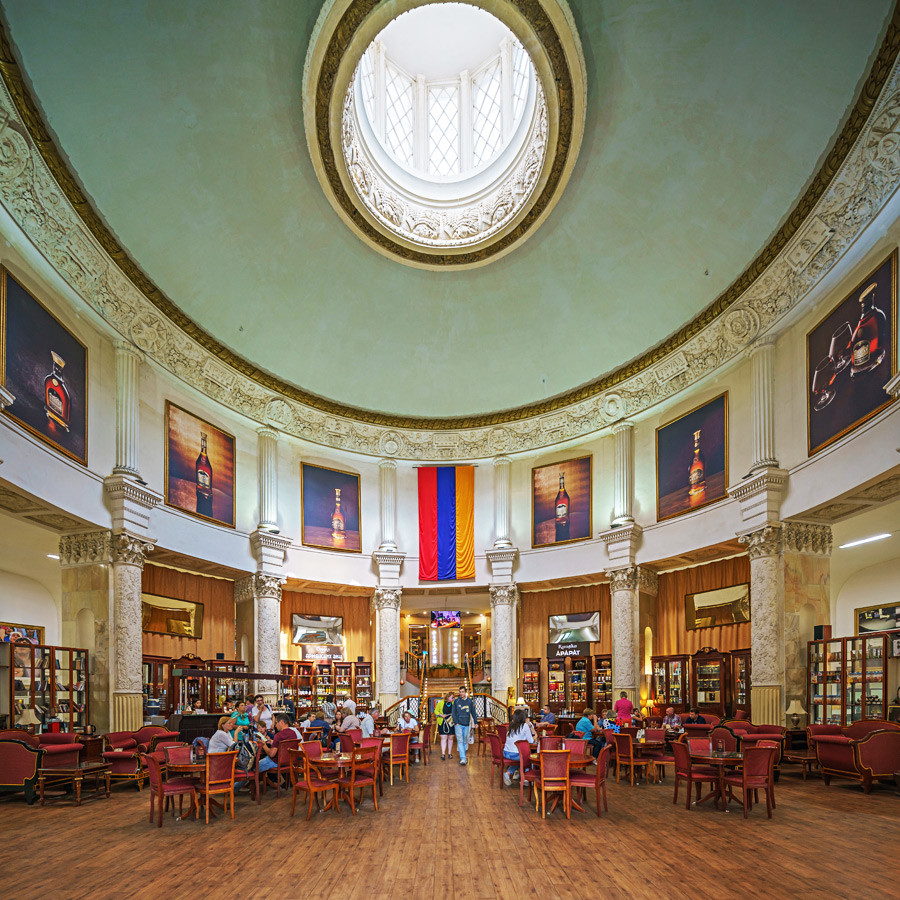 VDNKh is not just a park but also a huge shopping center where you can buy all sorts of incredible items manufactured in the post-Soviet republics. Want a set of towels with unusual folk-style embroidery? Then head to the Belarus Pavilion. Jalal-Abad mineral water can be found in the Kyrgyzstan Pavilion and, perhaps not surprisingly, brandy in the Armenia Pavilion.

6. Visit the studios of the Garage Museum of Contemporary Art 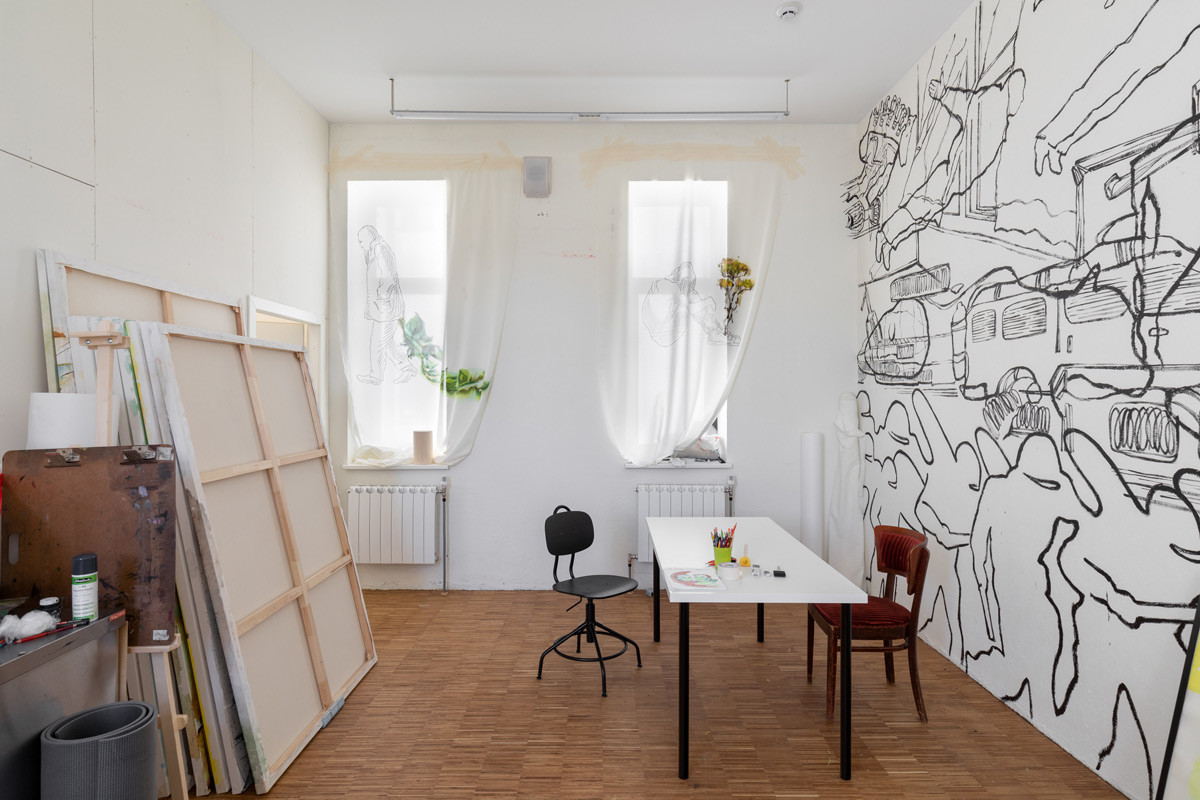 Are you interested in contemporary art? Then pop into the young artists’ residence in pavilion 317. The building, which dates back to 1939 but was renovated this year, comprises 18 workspaces that include studios and paint-spraying rooms. Russian and international artists are invited to work here. Residents are selected by the curatorial group of the Garage Museum of Contemporary Art, and program participants receive grants and studios in the artists’ residence for a period of between three and six months. If you want to visit the art studios, you probably want to book in advance on the program's website.

7. Immerse yourself in the world of cinema 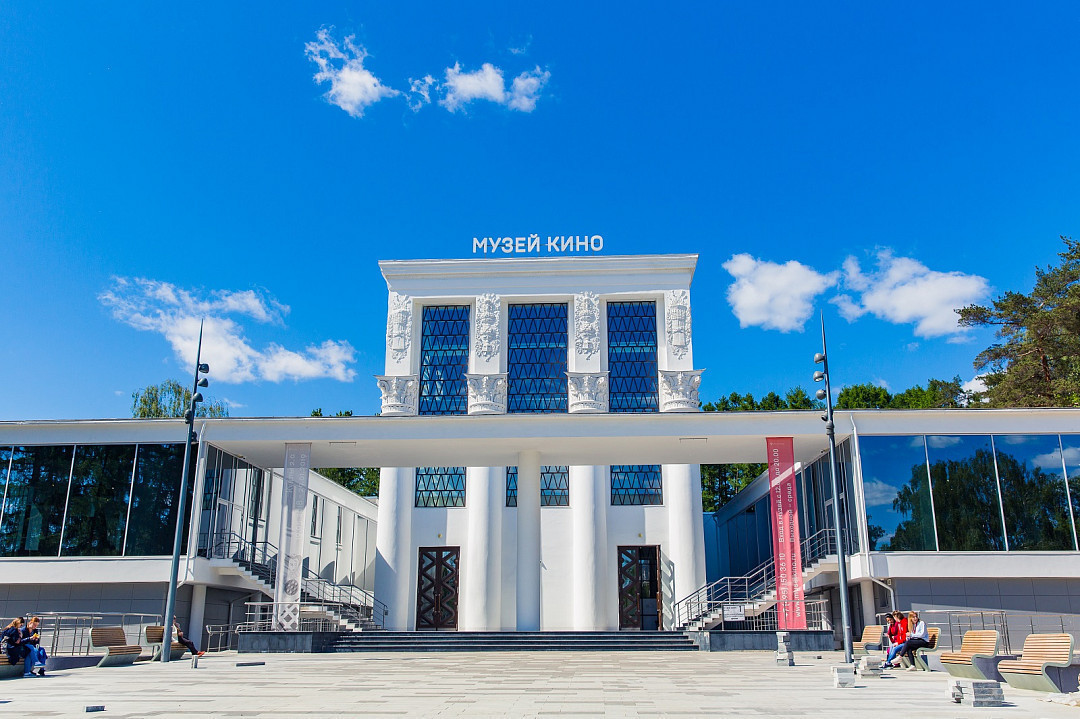 Those who love cinema should definitely visit the Film Museum (pavilion 36). Here you can see how famous Soviet films and cartoons were made, watch an interesting movie for 150 rubles ($2.50) or attend lectures by specialists. 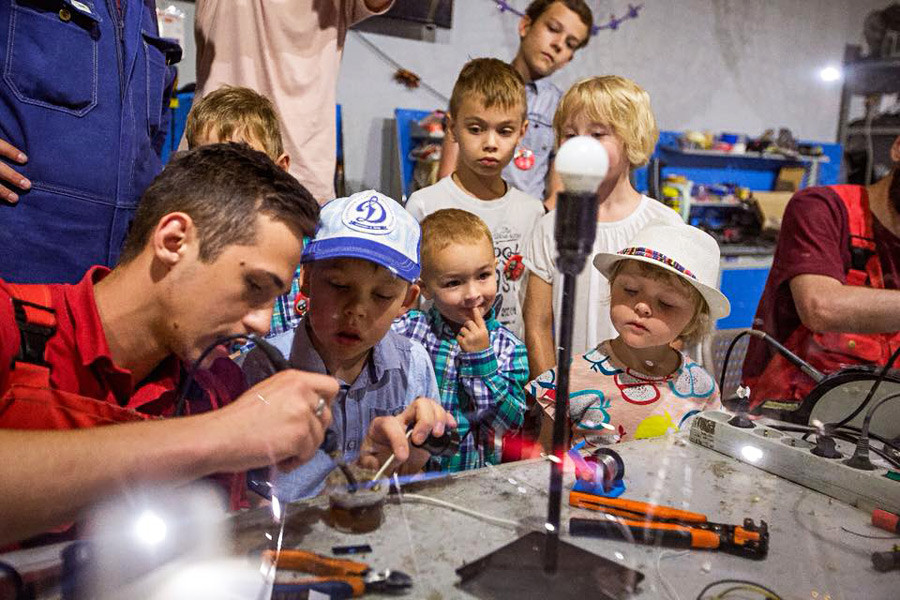 Do you think robots will take over the world? Now you can ask them yourself at Robostation (pavilion 2). At the exhibition, robots can not just engage in meaningful conversation but can also tell jokes, paint your portrait and even forecast the future. And at Robostation teenagers can attend master classes led by engineers. 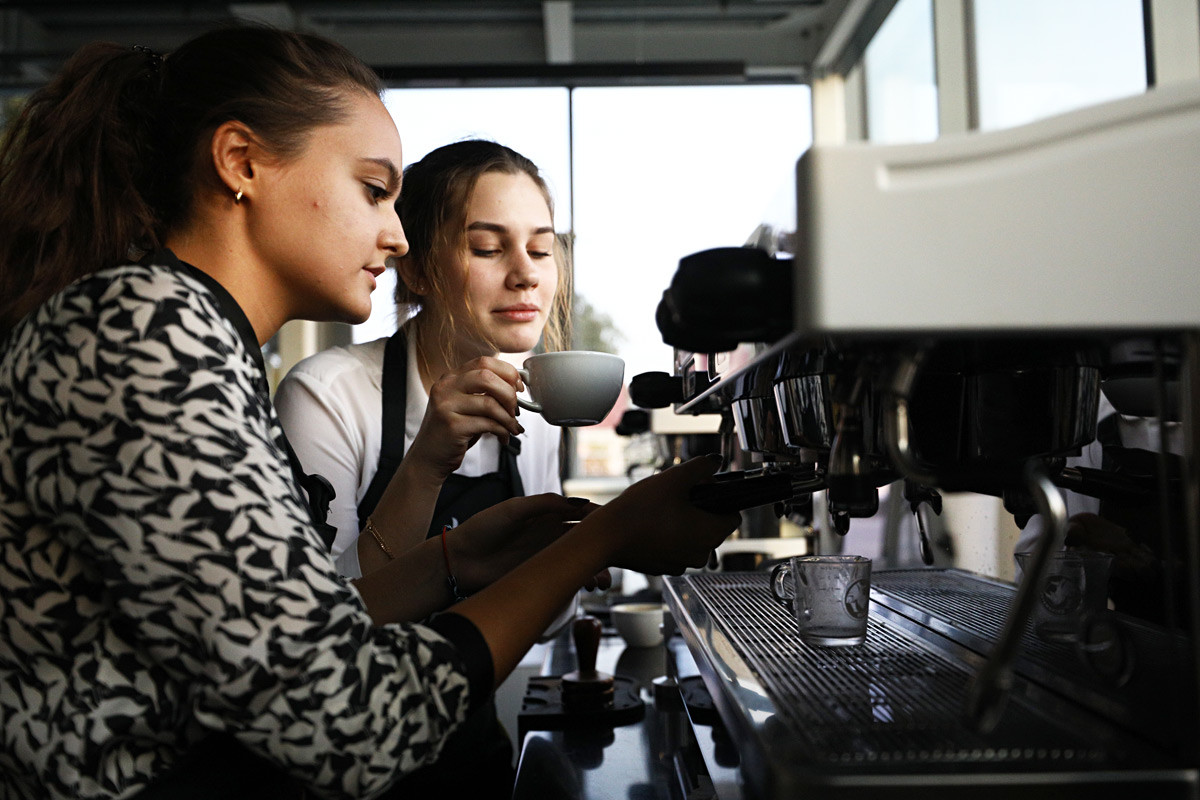 Would you like to learn how to prepare a coffee like a professional barista? Or how to do embroidery? At VDNKh, master classes and education courses are held all the time. At the Park of Crafts and Tekhnograd you can learn different skills, from being a barista to photographer. You can also take a job-match test and perhaps be offered a job. 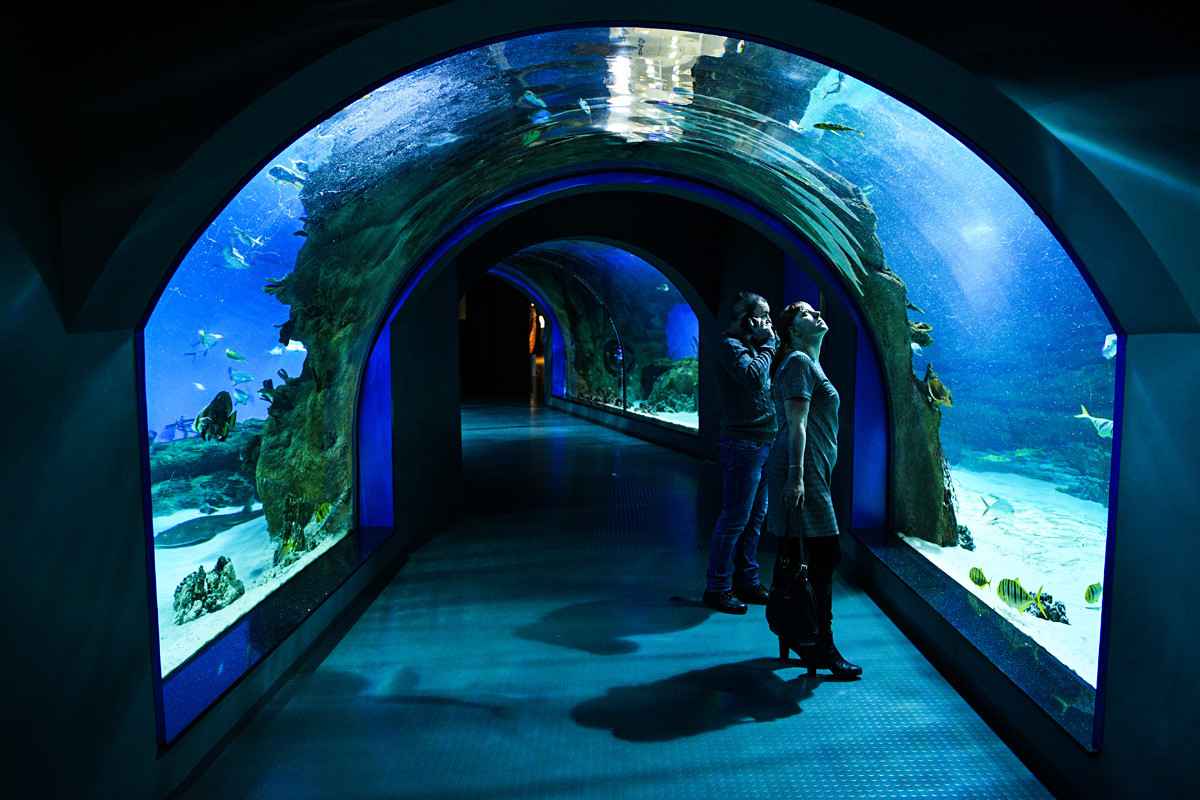 VDNKh is home to Moskvarium, an enormous oceanography and marine biology center that houses over 12,000 marine animals, ranging from starfish to sharks. The Moskvarium even has pools where you can swim with a dolphin.