6 restored VDNKh buildings transporting you back to the USSR 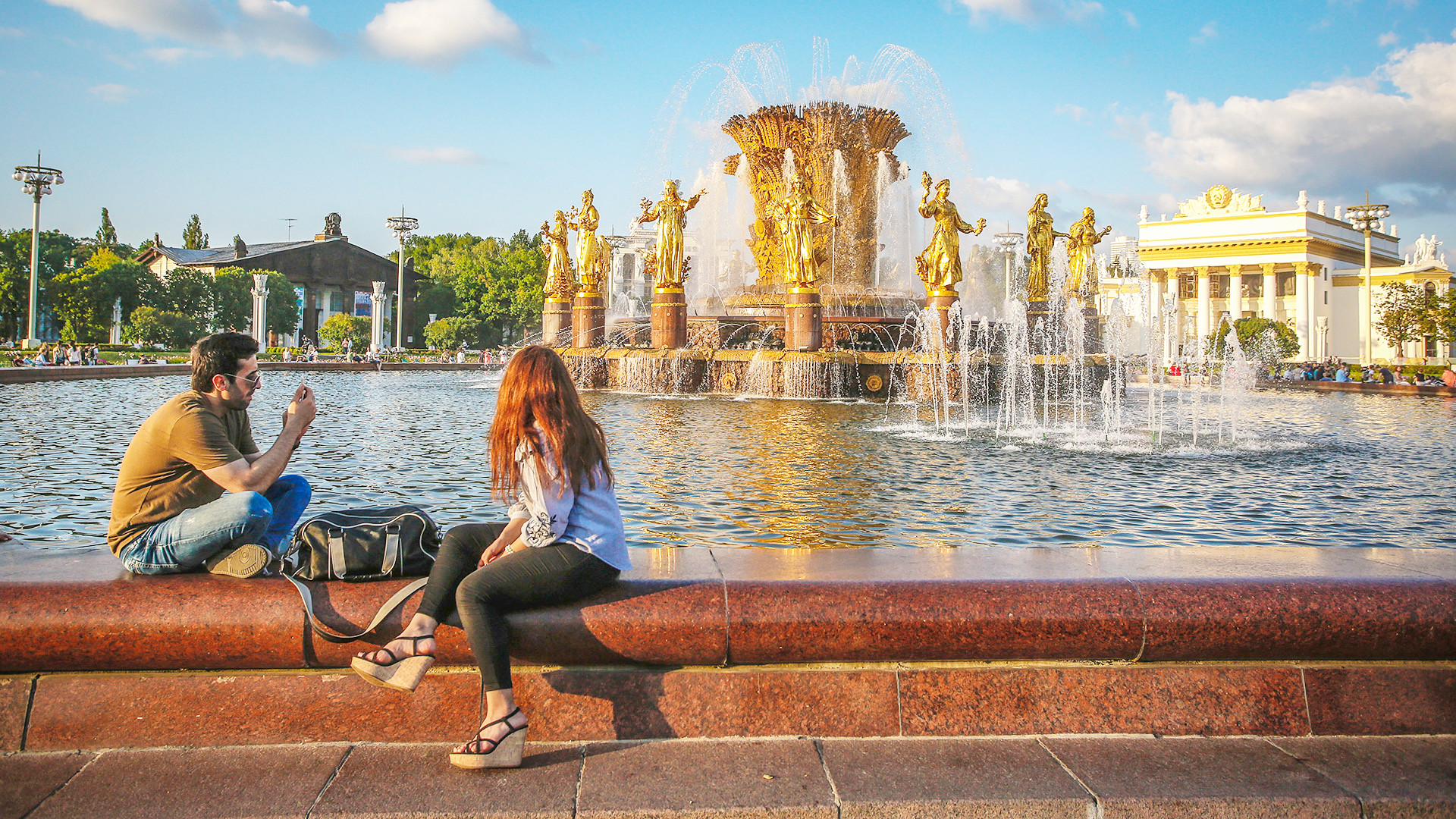 Thiago Bernardes/Global Look Press
The capital’s legendary park has been given the kiss of life after years of neglect, so get on the metro and visit the place - you’ll feel like you’ve been sent back in time.

Not many people know that the “pride and glory” of the Soviet people - the All-Russian Exhibition Center, simply known as VDNKh - was teetering on a cliffedge. After two decades of neglect and the invasion of various businesses, Moscow City decided to act and started a large-scale reconstruction of what was formerly the largest exhibition and museum complex in the country.

Since 2014, tons of waste have been removed from the park, illegal buildings have been demolished, and various sellers who occupied many of the pavillions evicted. These buildings were in a desperate state, even in Soviet times they were barely looked after so as you can imagine, they needed some love.

Fortunately, some 37 historic buildings are being given the kiss of life as the 317-hectare territory of VDNKh gets a facelift. Some structures are set to be completed by the end of 2018 while some have already been fully refurbished. Check out the before and after pics below - they never looked so good.

Built in 1939 according to the design of Soviet architect Leonid Polyakov, the Northern Entrance arch is the former main entrance to VDNKh. Despite being almost 80 years old, up until this point it’s never been restored so the elements have gradually eaten away at it, erasing some external and internal features. 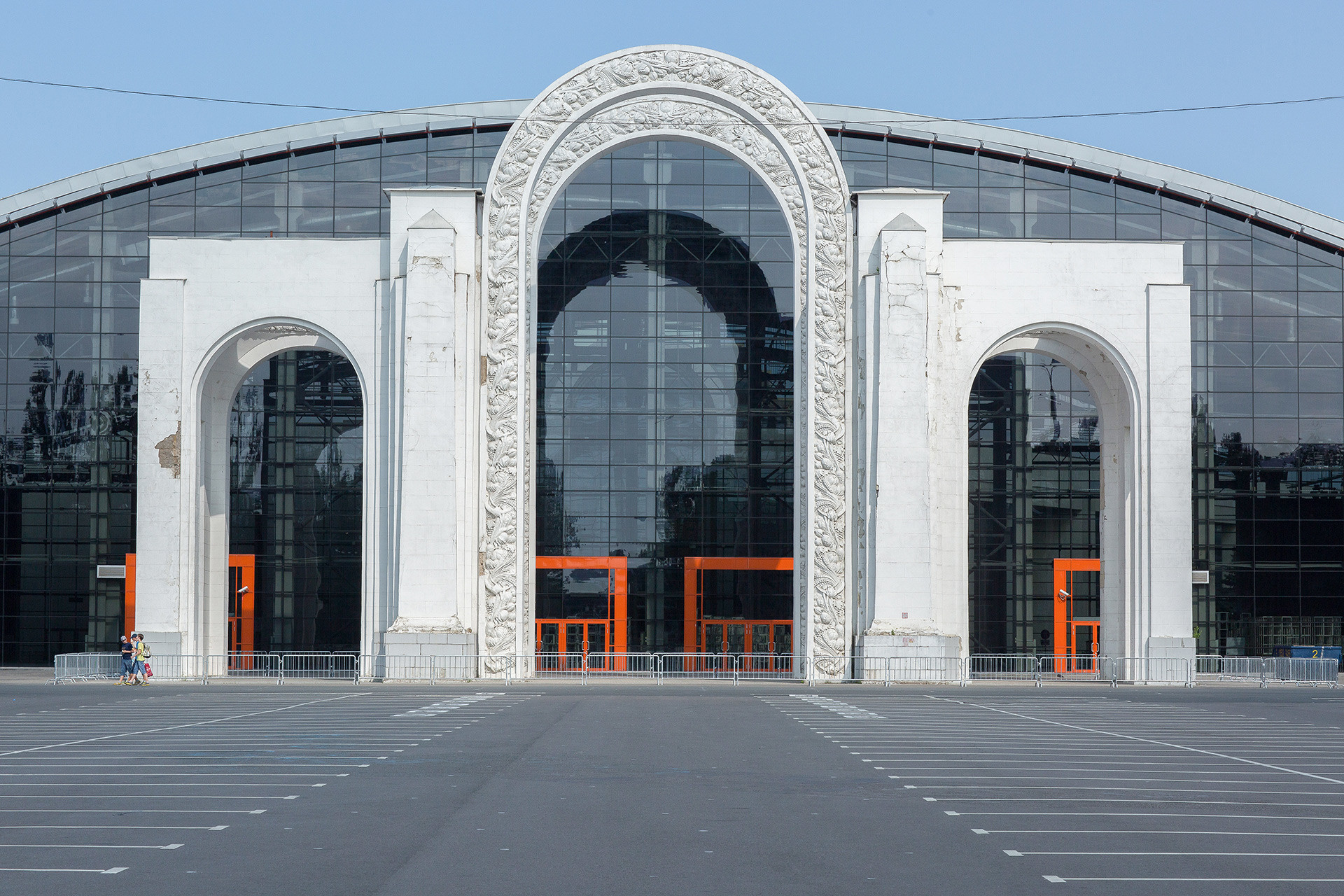 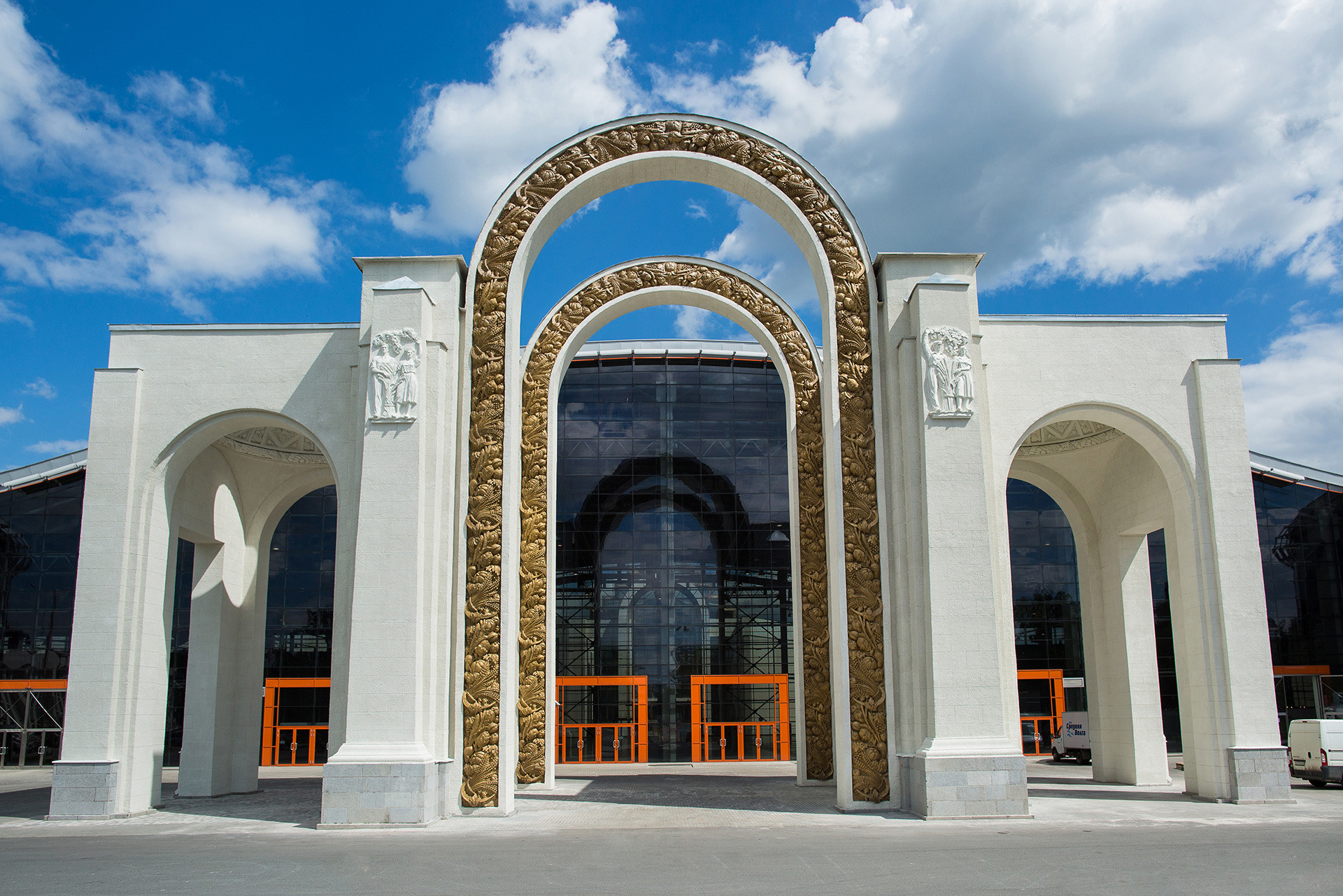 In 2016 and 2017 the arch was finally restored to its former glory. Its walls and brickwork were reinforced, supporting metal frame recreated, roof replaced, and electrical wiring redone. The décor, stucco molding, and reliefs were also refreshed. Four sculptural reliefs appeared on the arch’s façade and the walls were decorated with stone plaster which can last for decades without any special maintenance.

A 97-meter high building with a spire with a star on top is one of the main objects of VDNKh. Pavilion No. 1 “Central” was built in 1954 and served as a venue reflecting the key milestones in the history of the Soviet state. The pavilion features nine halls decorated with artificial marble, sculptures, and paintings. 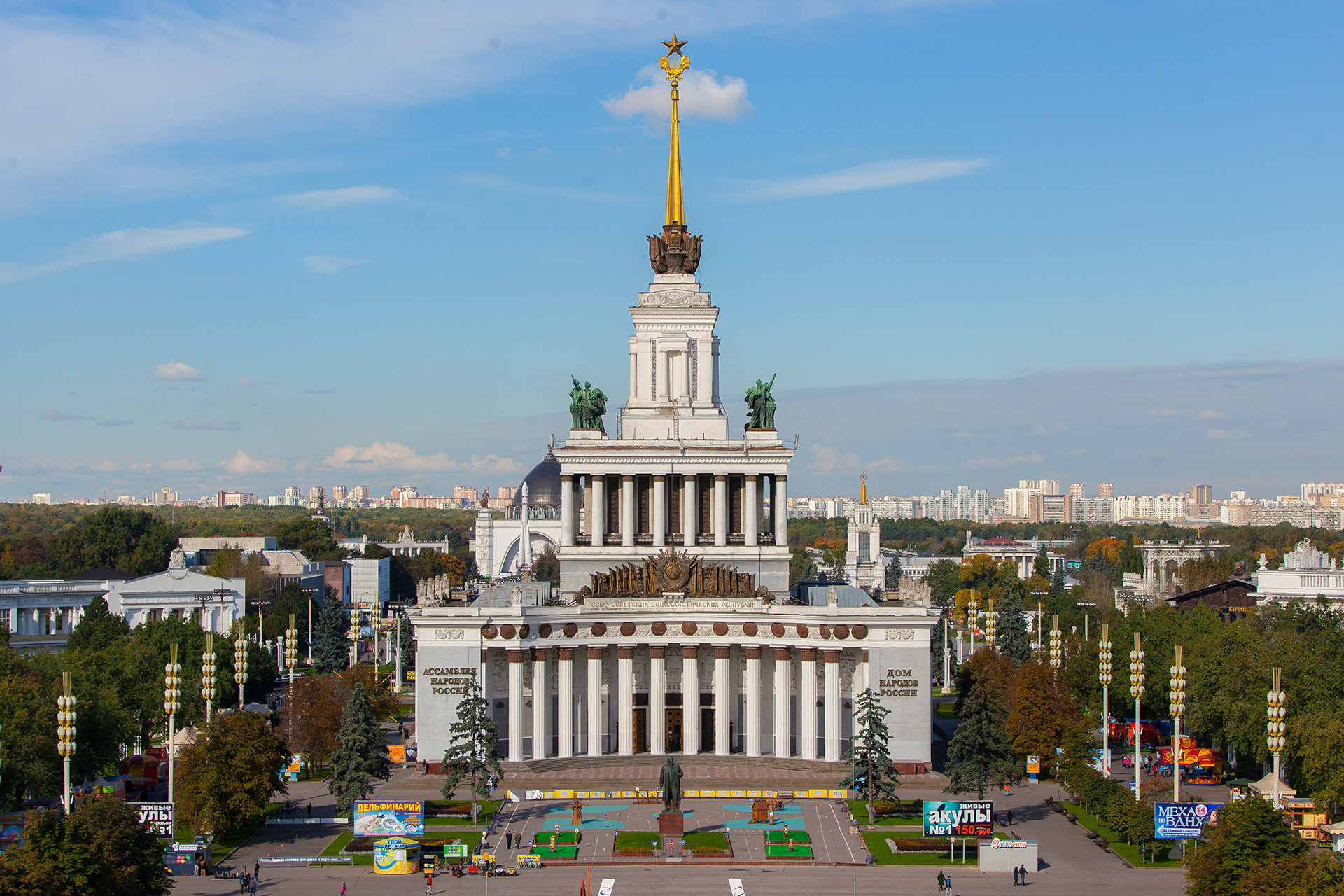 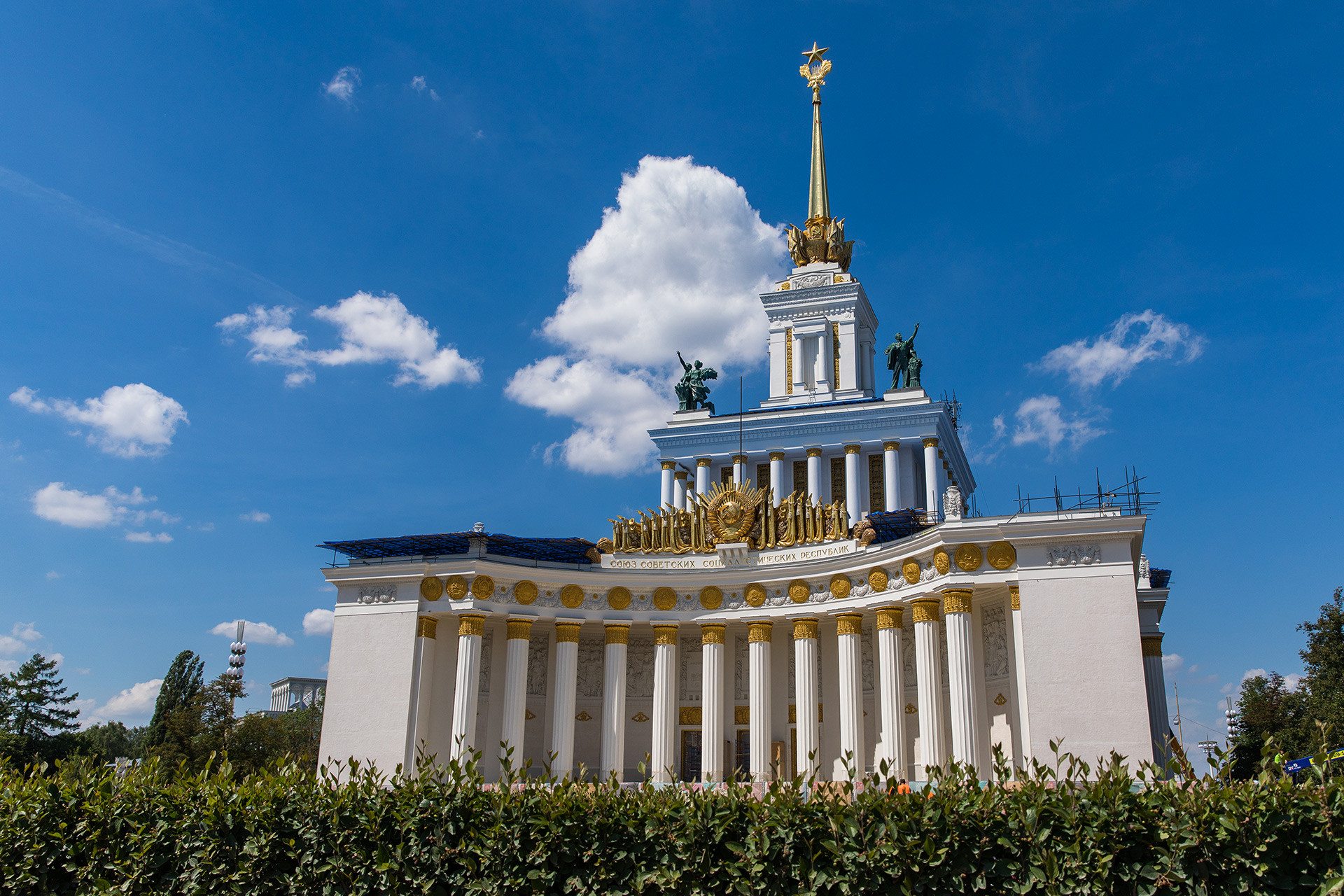 In May 2018 the building’s façade was restored to its original look. Over the course of six months, restorers cleaned dirt from its exterior, reconstructed bas-reliefs, the golden star, the spire, and other décor. 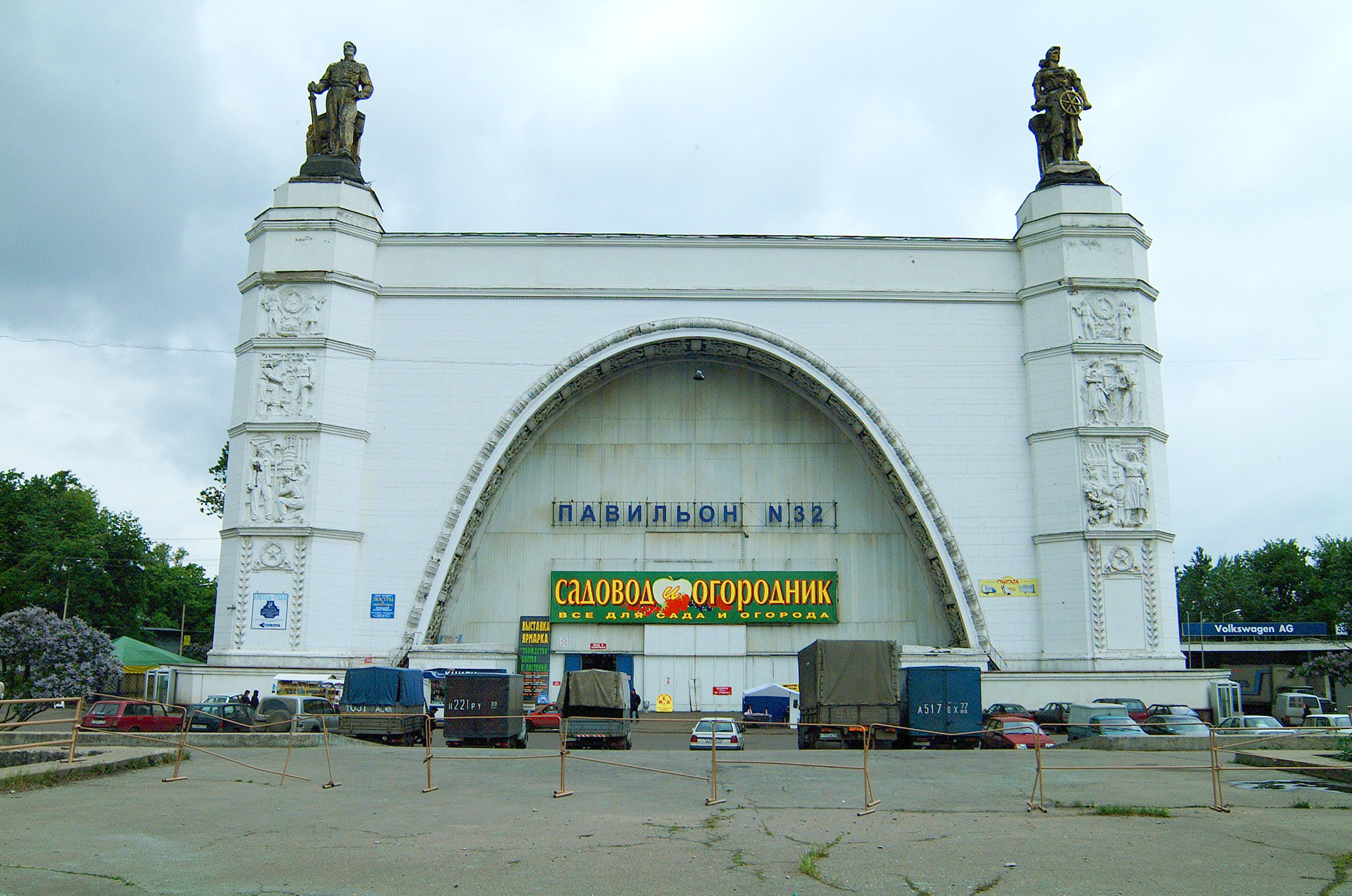 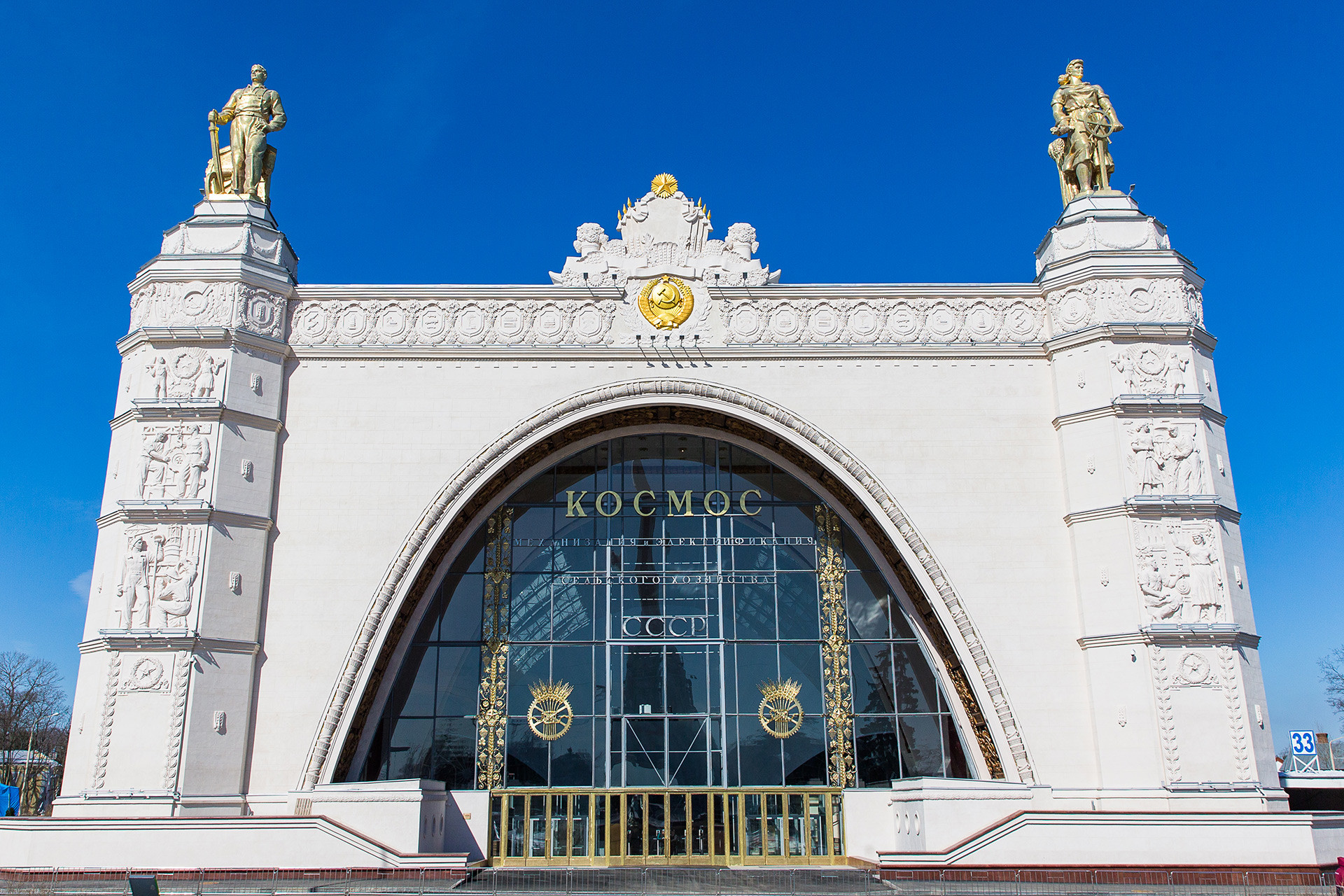 This monumental building of Pavilion No. 34 has experienced many changes since its foundation in 1939. It was the largest and most unconventional venue in VDNKh and originally looked like a hangar showcasing a variety of agricultural machinery like tractors, combines, and trucks. In 1954 the building was reconstructed and got a modern look with a 75-meter high, two-story dome room. 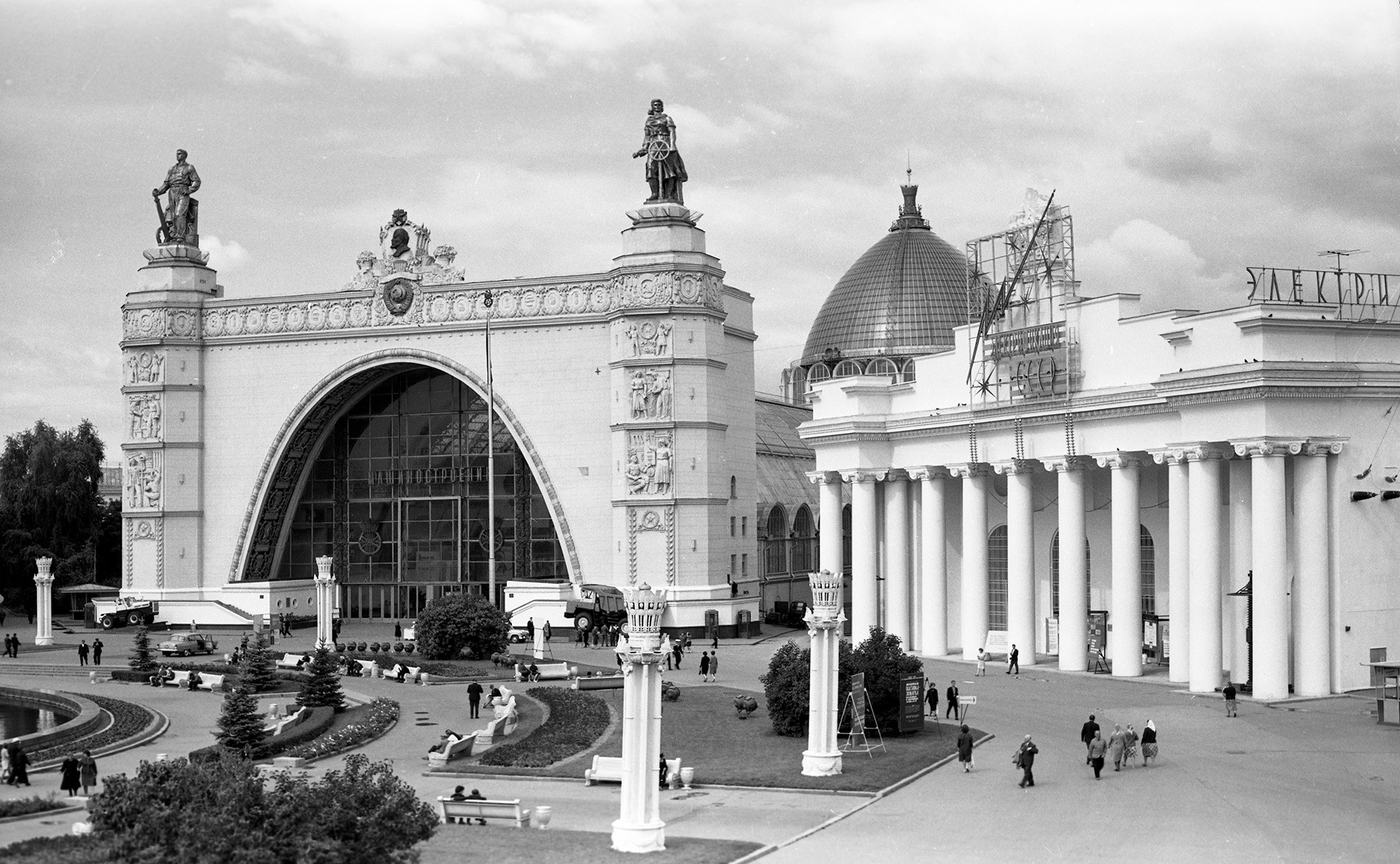 Back in the Soviet days

In the Soviet years the pavilion hosted exhibitions on the achievements of the country’s agricultural sector and space exploration which was one of the highlights of VDNKh at that time. In 1990s, like all other buildings of the complex, the pavilion was largely forgotten and used as a market space with stalls selling plant seedlings.

In 2017 and 2018 the building was reconditioned to its 1954-look. “The building is saved,” wrote Moscow mayor Sergei Sobyanin back in January (link in Russian). “We restored the décor, the unique glass dome, returned the golden chandelier in the form of the Kremlin star back to where it was.” 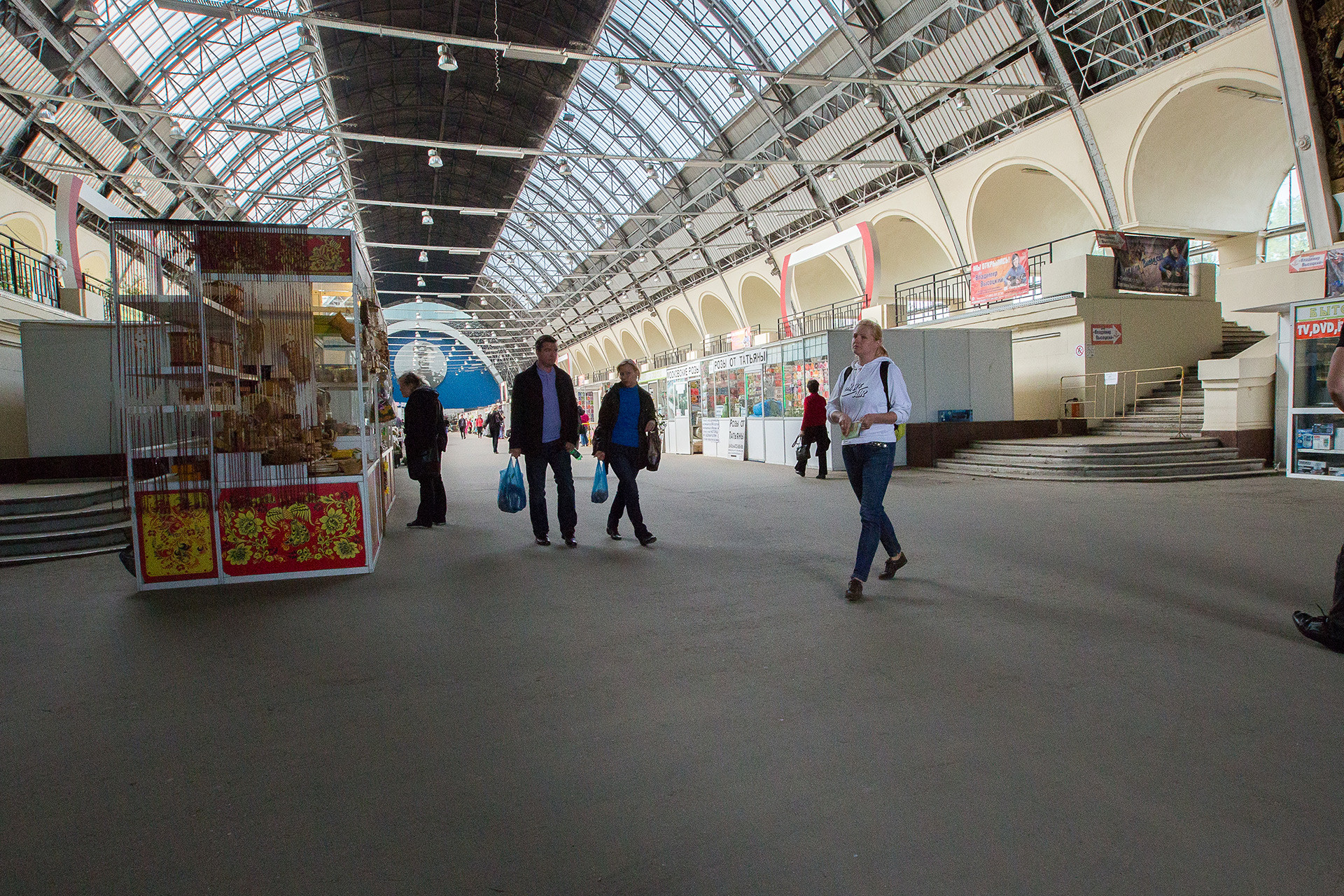 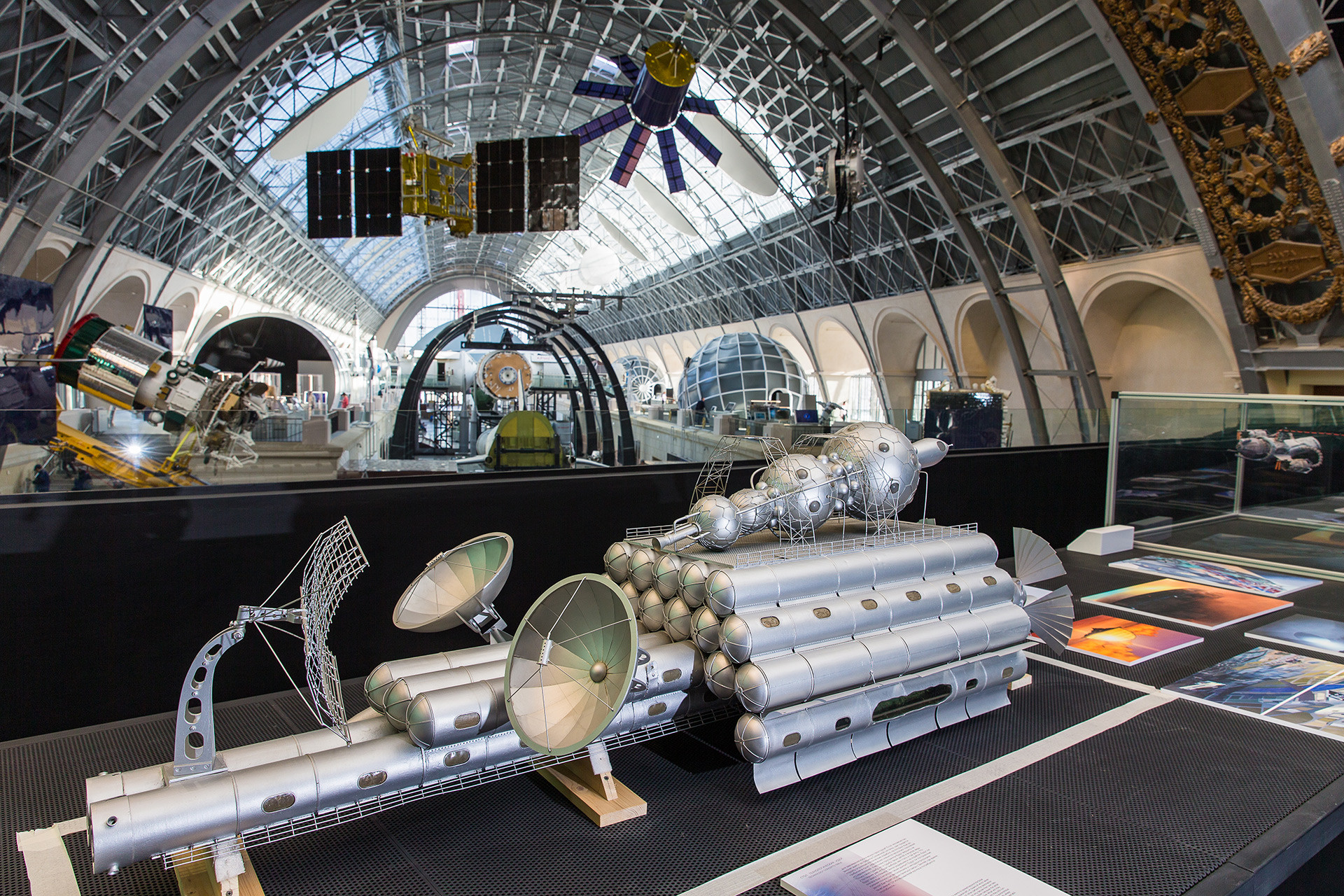 Officially the pavilion opened in March to host the Space and Aviation Center, the largest space museum complex in the country and a joint project of the government of Moscow, VDNKH, Roscosmos Corporation, and the country’s military sector. With an area of 15,000 square meters the museum hosts more than 120 objects of aviation and space engineering which were never showcased before. 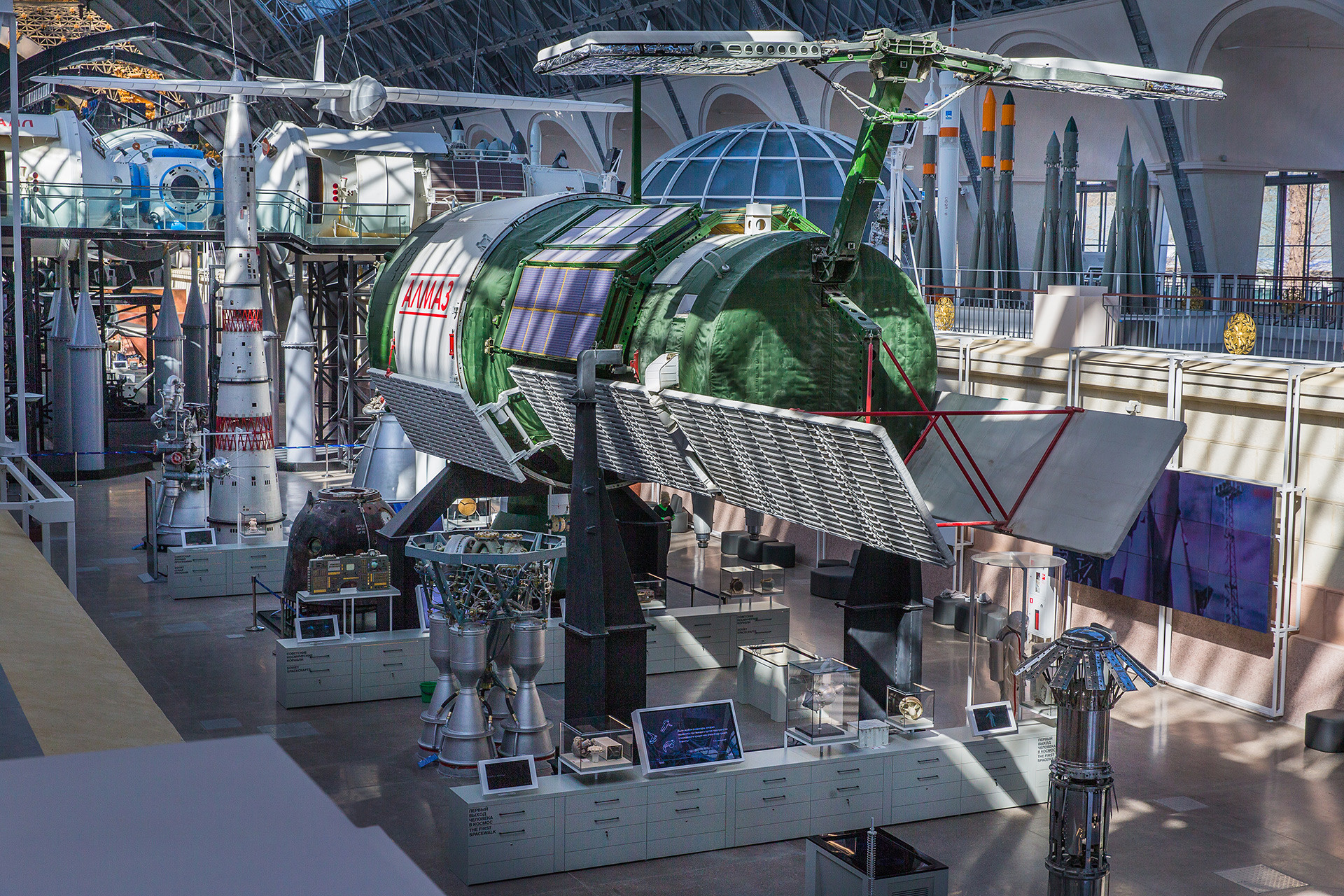 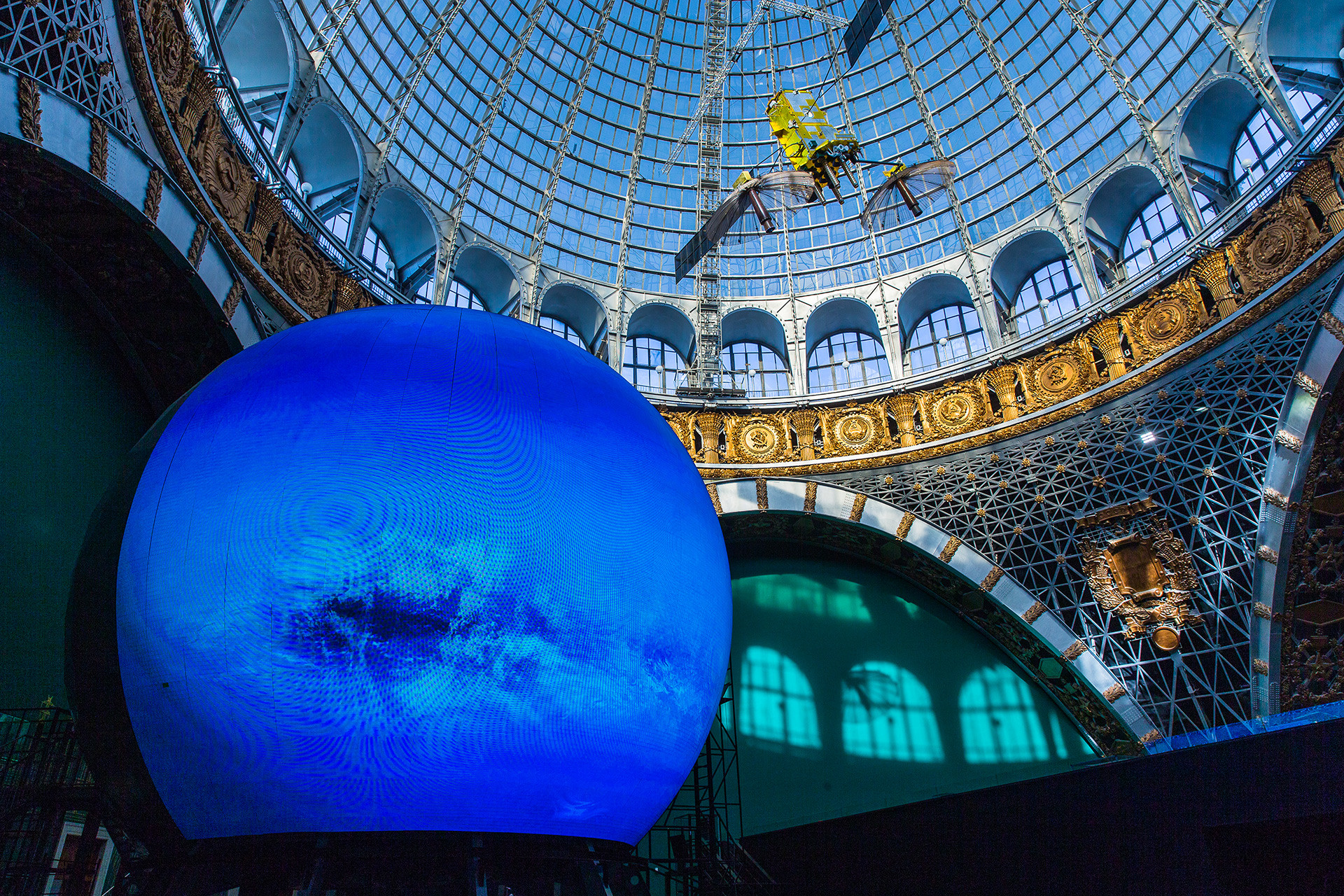 A venue for concerts, performances, children parties, and charity events, Pavilion No. 84 has never changed its role as one of the main leisure centers in VDNKh. One might call it a classical example of Soviet architecture of the 1940s and 1950s – a building with a standout portico common for Italian villas by Andrea Palladio. 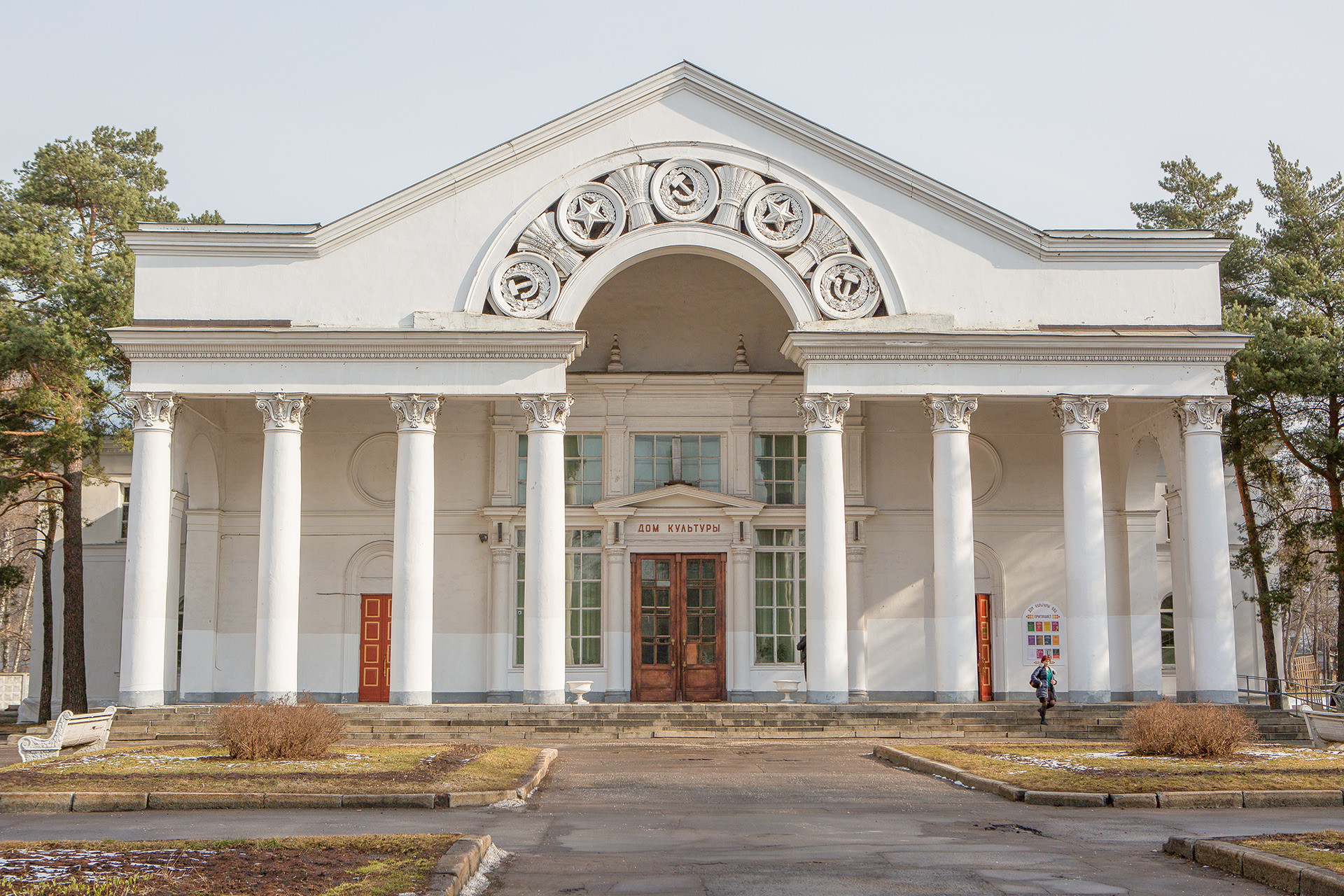 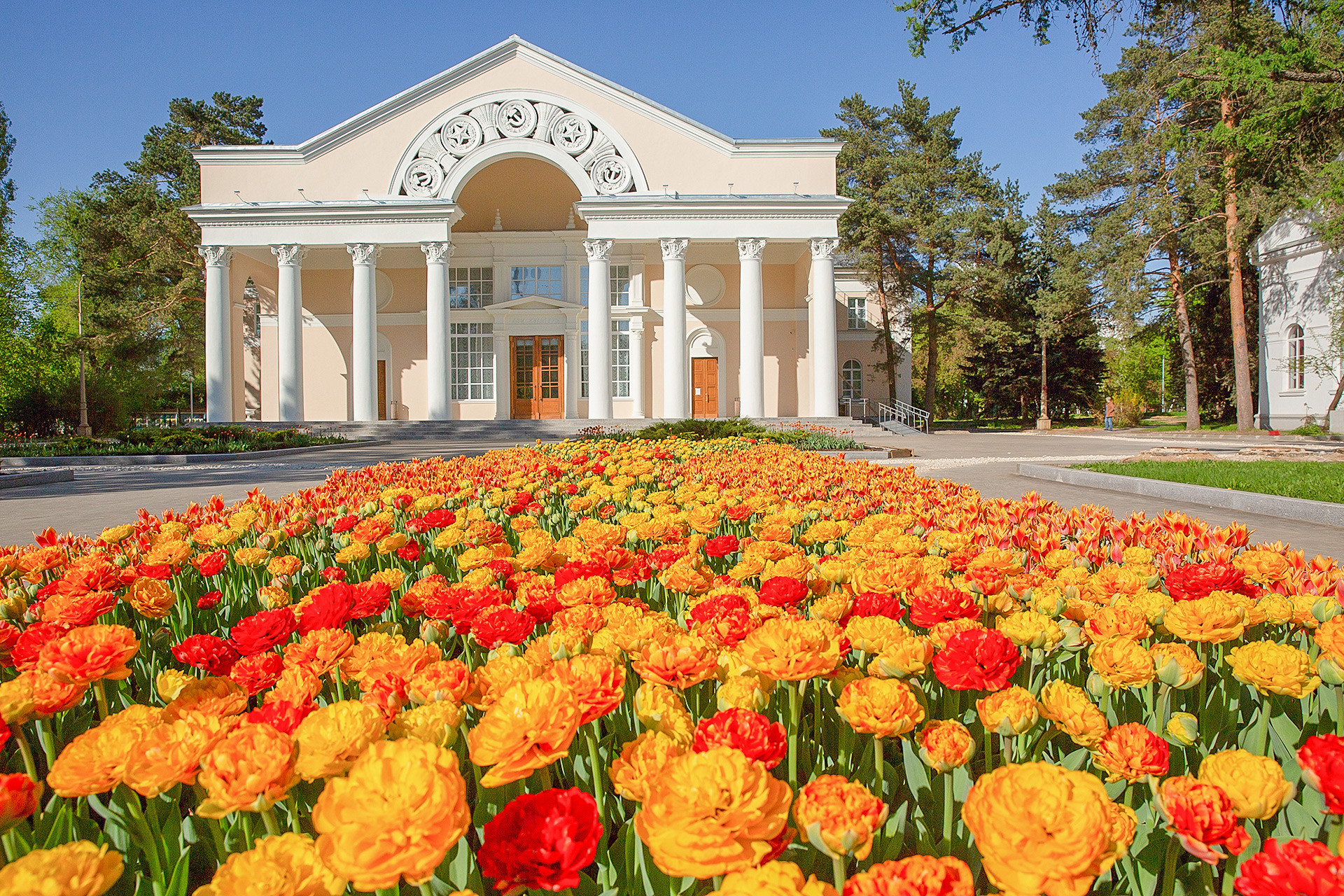 The decaying pavilion got a new lease of life in December 2017 when it reopened after complex restoration. The works included a renovation of the façade’s roof and décor, internal and external stucco décor, doors, and wooden interior objects, plus an update of the building’s engineering systems and restoration of a nearby territory, with a stage and dance floor. Now “The House of Culture” will continue to host social and cultural events and operate as an education center. 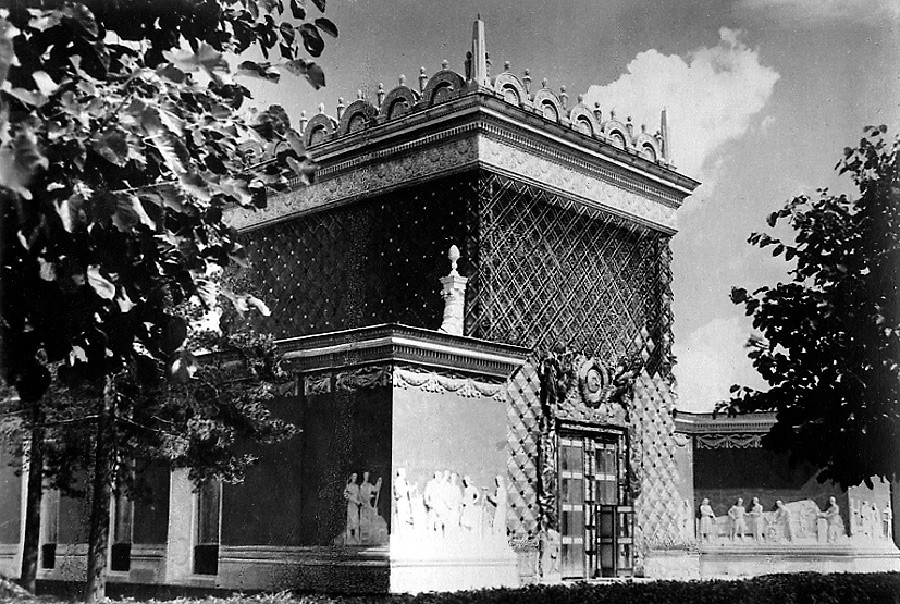 Back in the Soviet days

Built in 1954 as a space to showcase a variety of construction materials produced in the Soviet Union, Pavilion No. 62 gradually changed its focus. In 1956 it hosted the “Nuclear Energy for Peaceful Purposes” exhibition, from 1964 to 1966 demonstrated the achievements of the Soviet light industry, and later became a platform to promote the work of the All-Russian Society for Environmental Protection. 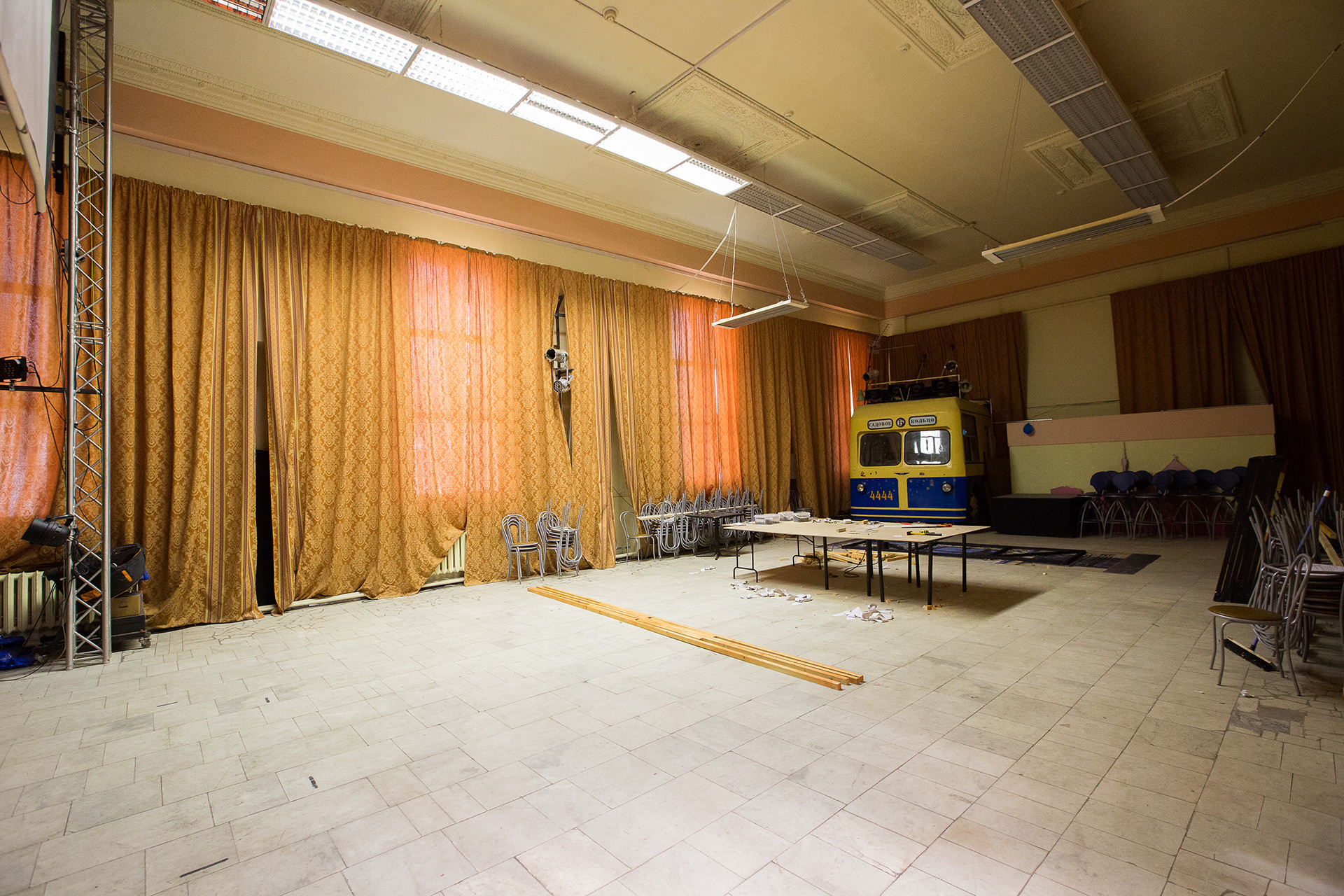 In 2016 and 2017 the old, outdated building went through internal renovation and prepared to host a new occupant – the International Ballet Center. While the original space layout and plaster décor remained intact, the workers restored the interior to meet new needs. Now the pavilion features two spacious halls with panoramic windows and six-meter high ceilings decorated with stucco, plus separate changing rooms. 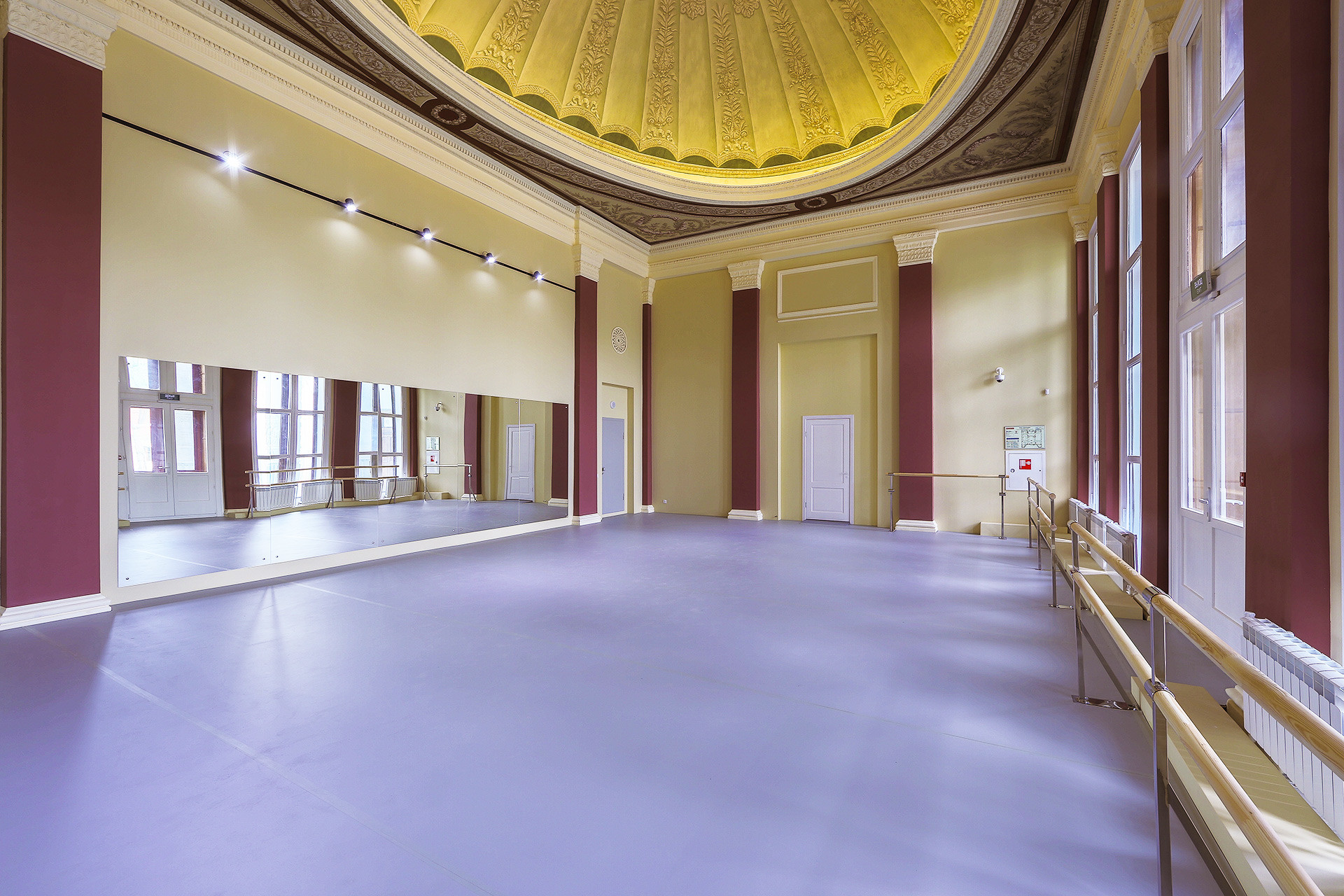 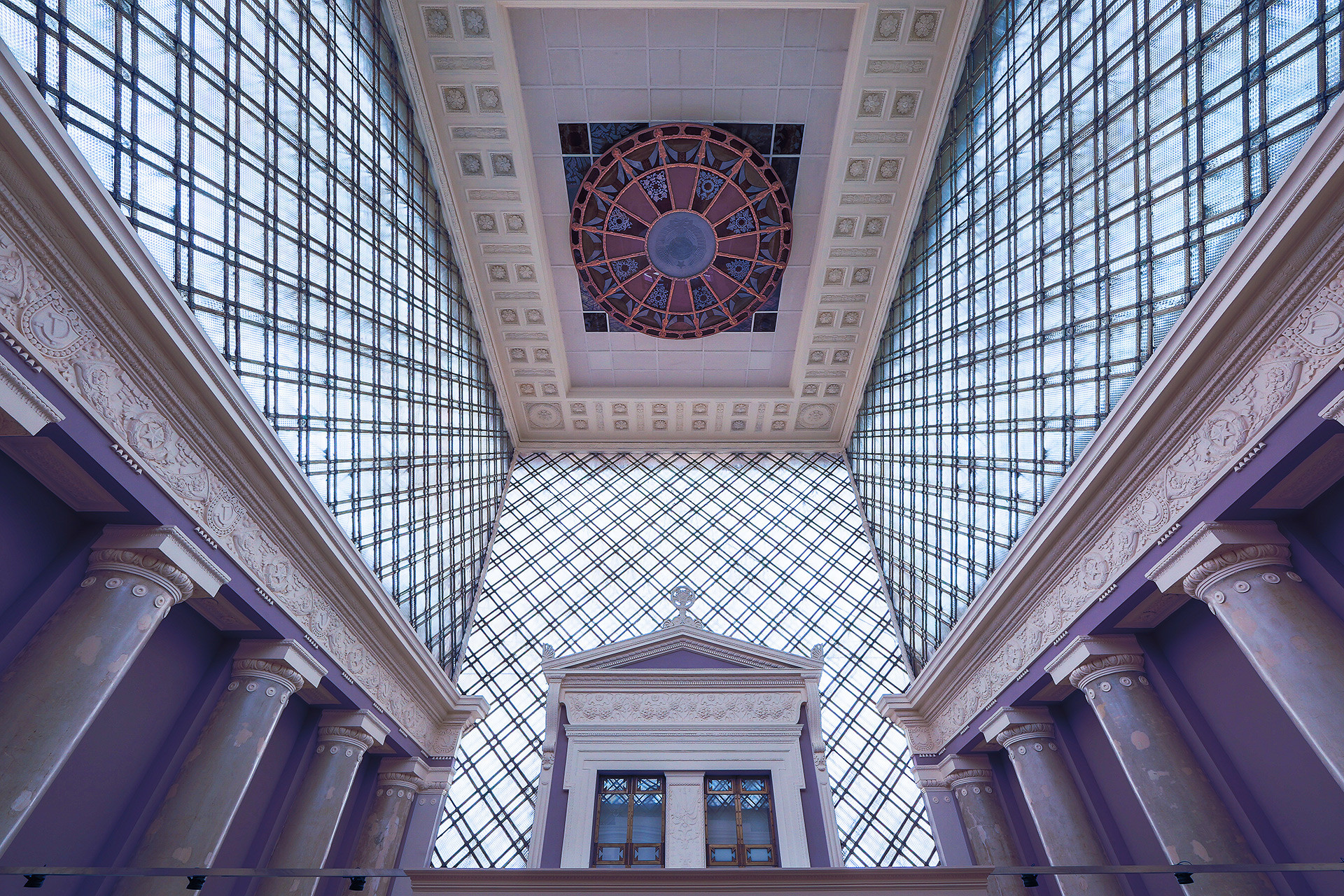 Like any other pavilion in VDNKh the building’s name is no coincidence. There’s a meteo station just behind it which has been the source of weather information ever since the 1940s. Pavilion No. 16 was built in 1954 and worked for many years as a museum showcasing everything related to weather forecasts. Here one could find out about how weather predictions are made, how weather influences agricultural development, and even get an instant weather forecast from an automatic information machine. 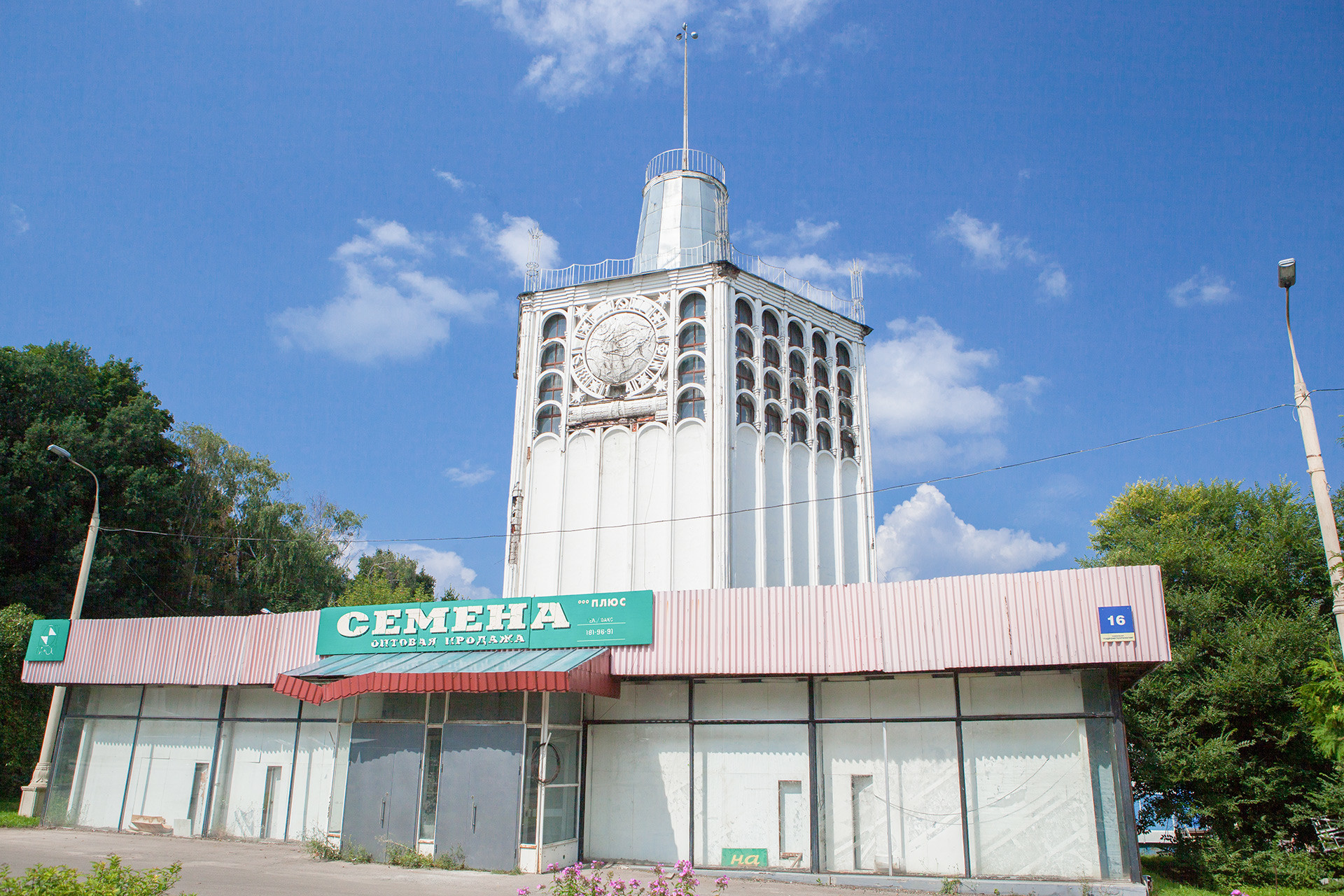 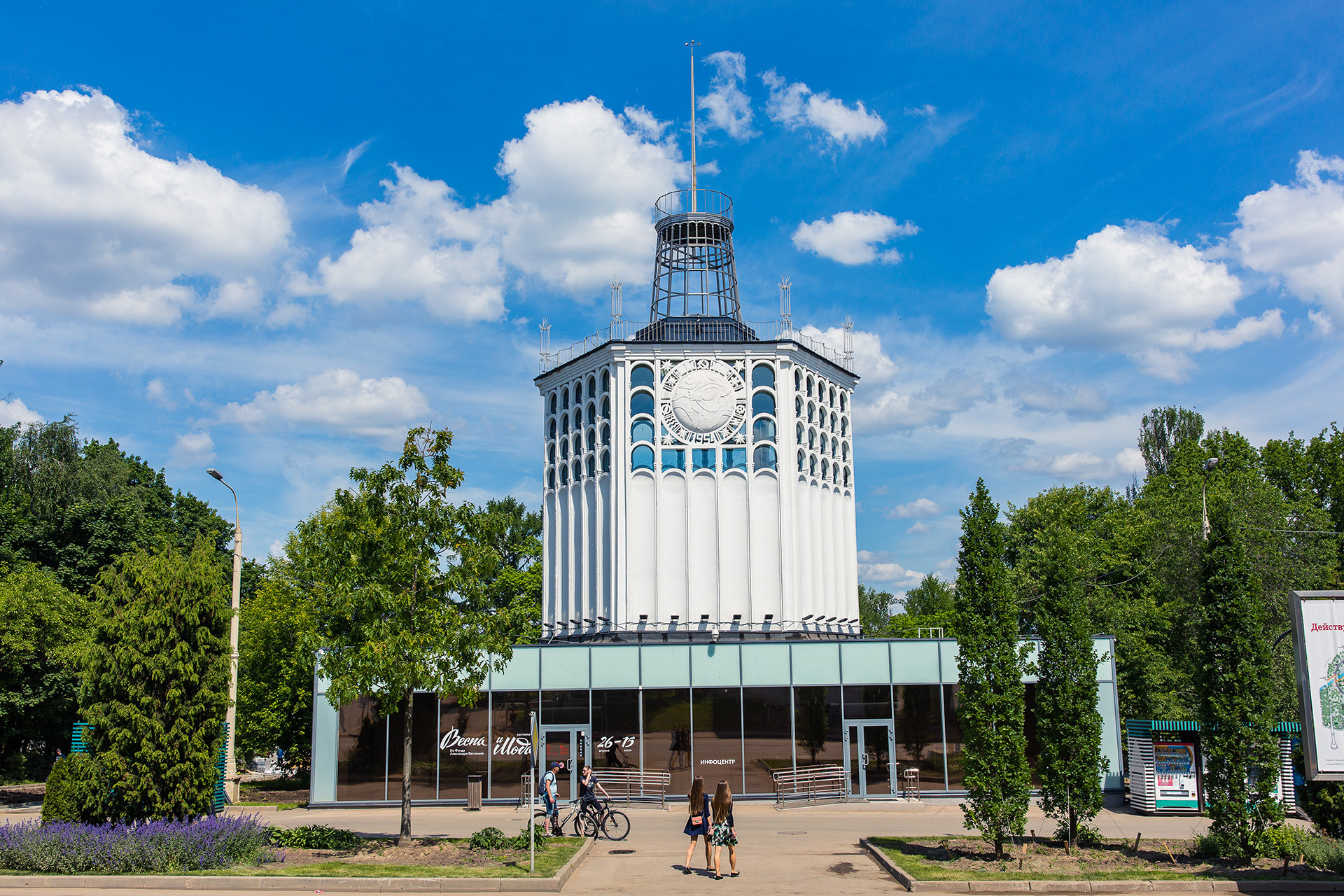 While the majority of exhibits, unfortunately, didn’t survive, the building was restored in 2016 and 2017. Among other things, the works included taking the pavilion’s tower back to its original look, strengthening its foundations, replacing the roof and first floor stained-glass windows and tower glazing, as well as completely restoring the granite ladder to the second floor. Now the place is hosting contemporary art exhibitions and an information center where guests can find out about events held in VDNKh, buy tickets, book excursions, or buy souvenirs.