Travel
Vadim Razumov
Vadim Razumov
Hundreds of books and scientific papers have been written about the history of the place, and the number of attractions on the site of this former imperial residence is truly remarkable.

The summer palace of Russian Emperor Paul I, located 20 km south of St Petersburg, is known worldwide for its exquisite beauty. Every corner of Pavlovsk Park and every inch of the palace interior were carefully crafted by the finest artists and designers of the day.

1. The palace, the main architectural wonder

At first glance, the palace looks slightly less pompous than other royal residences near St Petersburg. But its architectural conciseness and straight lines in the classical style belie its beauty. Pavlovsk Palace could rightly be described as the jewel in the crown of Russian classicism. Many nobles and grandees across Russia sought to recreate elements of the Pavlovsk residence in a more modest form. The sumptuous interiors are a blend of styles and motifs.

Construction of the palace began in 1782, and at various times involved such prominent architects as Charles Cameron, Vicenzo Brenna, Pietro Gonzago, and Andrei Voronikhin. Through their efforts, the palace and park ensemble served as a template of the ideal manor for several generations to come.

2. The wondrous Temple of Friendship 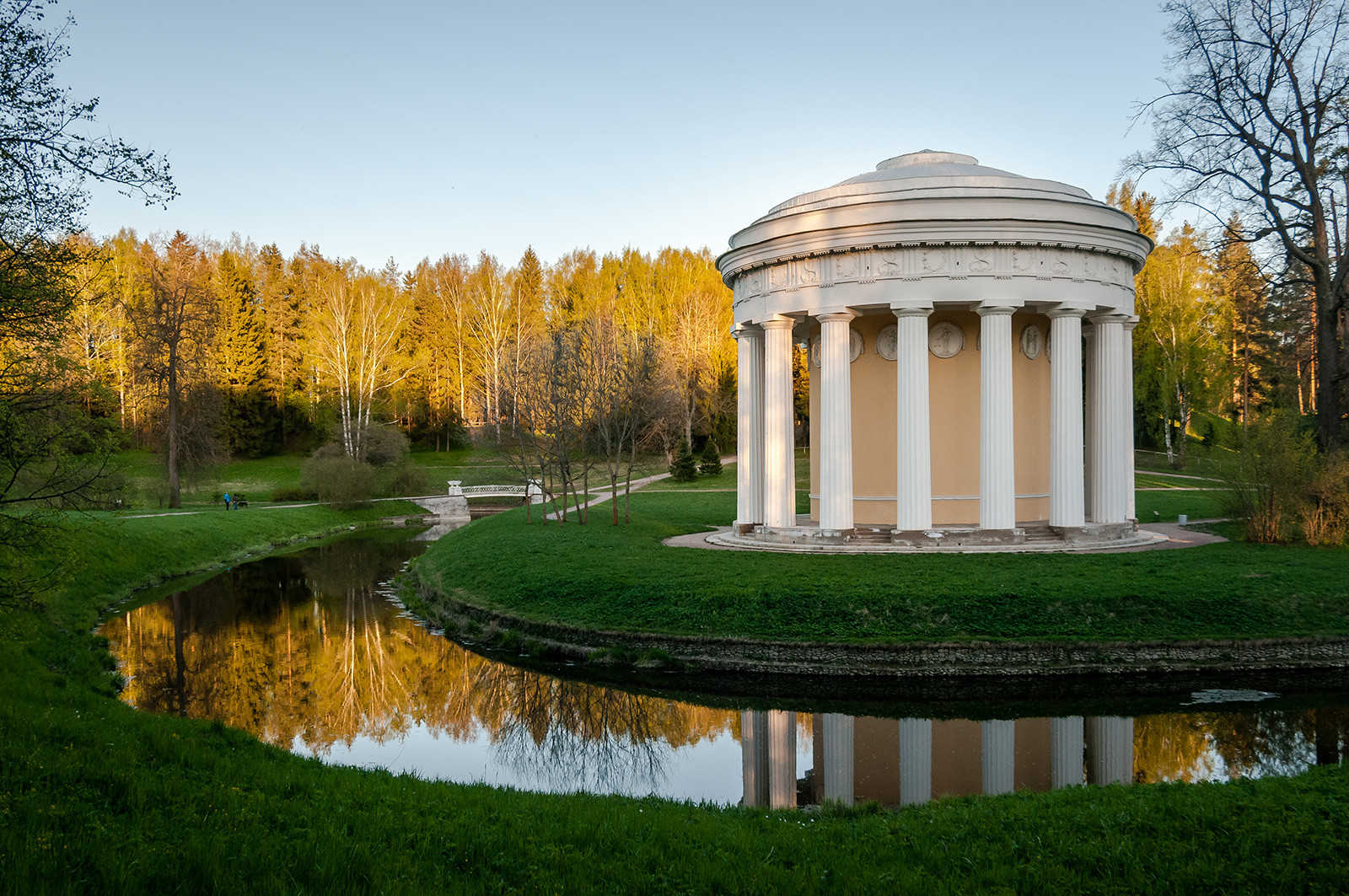 If stone could express feelings, the Temple of Friendship in Pavlovsk Park would sing from the rooftops. No mere decoration, this architectural masterpiece was a gift from the future Emperor Paul I and his wife Maria Feodorovna to his mother, the imperious Empress Catherine II. Historians have spilled much ink on the complex relationship between Catherine and her son Paul. Nevertheless, the young couple took the wise step of building the Temple of Friendship as an official thank-you to Catherine II for bestowing these lands upon them, hinting at their desire for a less fractious family life.

3. The Apollo Colonnade, an elemental wonder 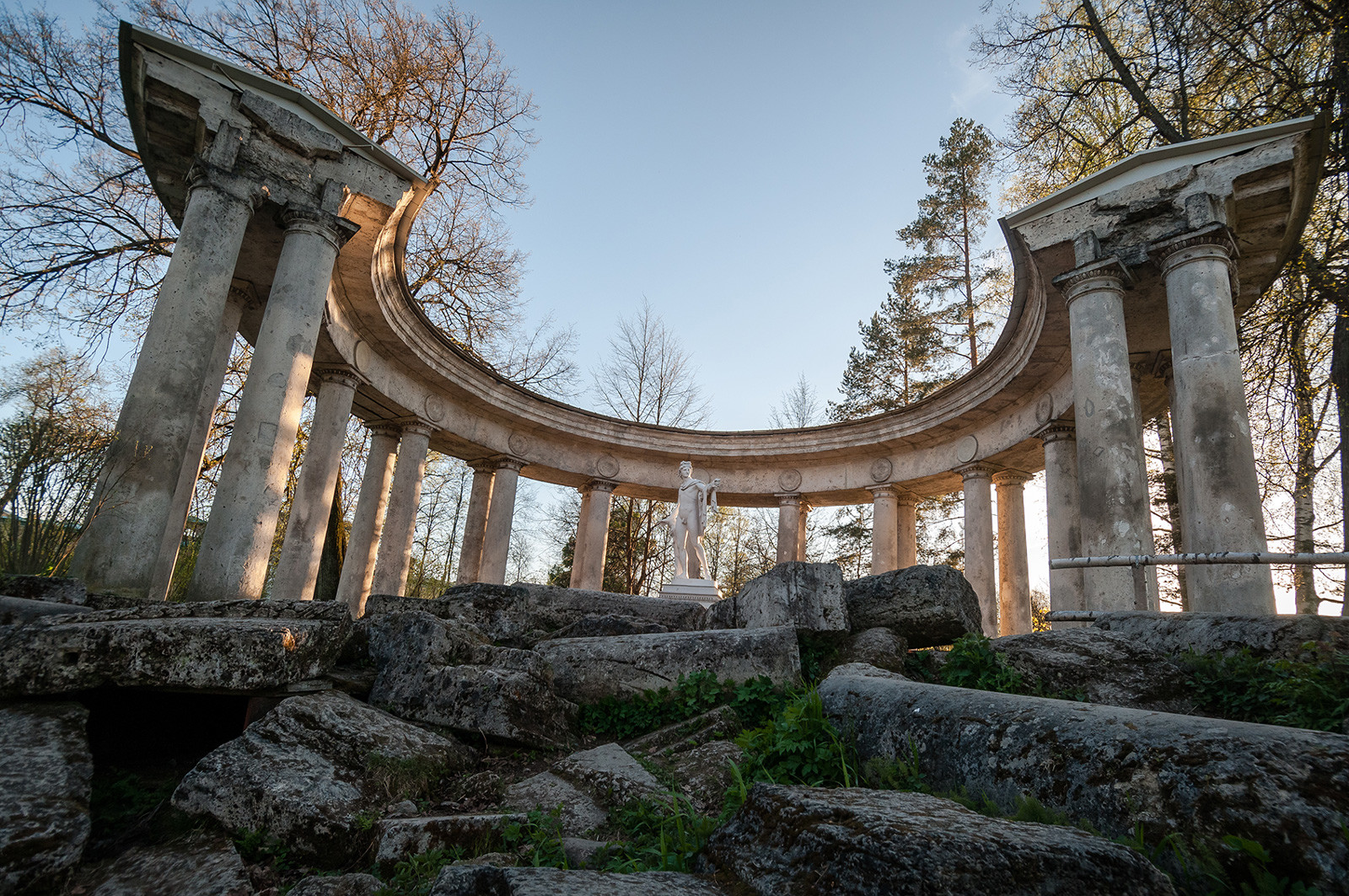 Sometimes, it is as if the Pavlovsk Park landscape is governed by Mother Nature herself, a fine example of which is the Apollo Colonnade, built in 1782–1783 on the bank of the Slavyanka River, facing Pavlovsk Palace. Initially, the Apollo Colonnade was composed of a ring of Doric columns centered on a statue of the Greek god Apollo himself, patron of the arts. But in 1817, Pavlovsk was hit by a fierce thunderstorm, during which part of the colonnade collapsed, turning the ring of columns into a horseshoe. However, nature’s intervention looked so impressive that it was decided not to restore the colonnade, and so it remains to this day. 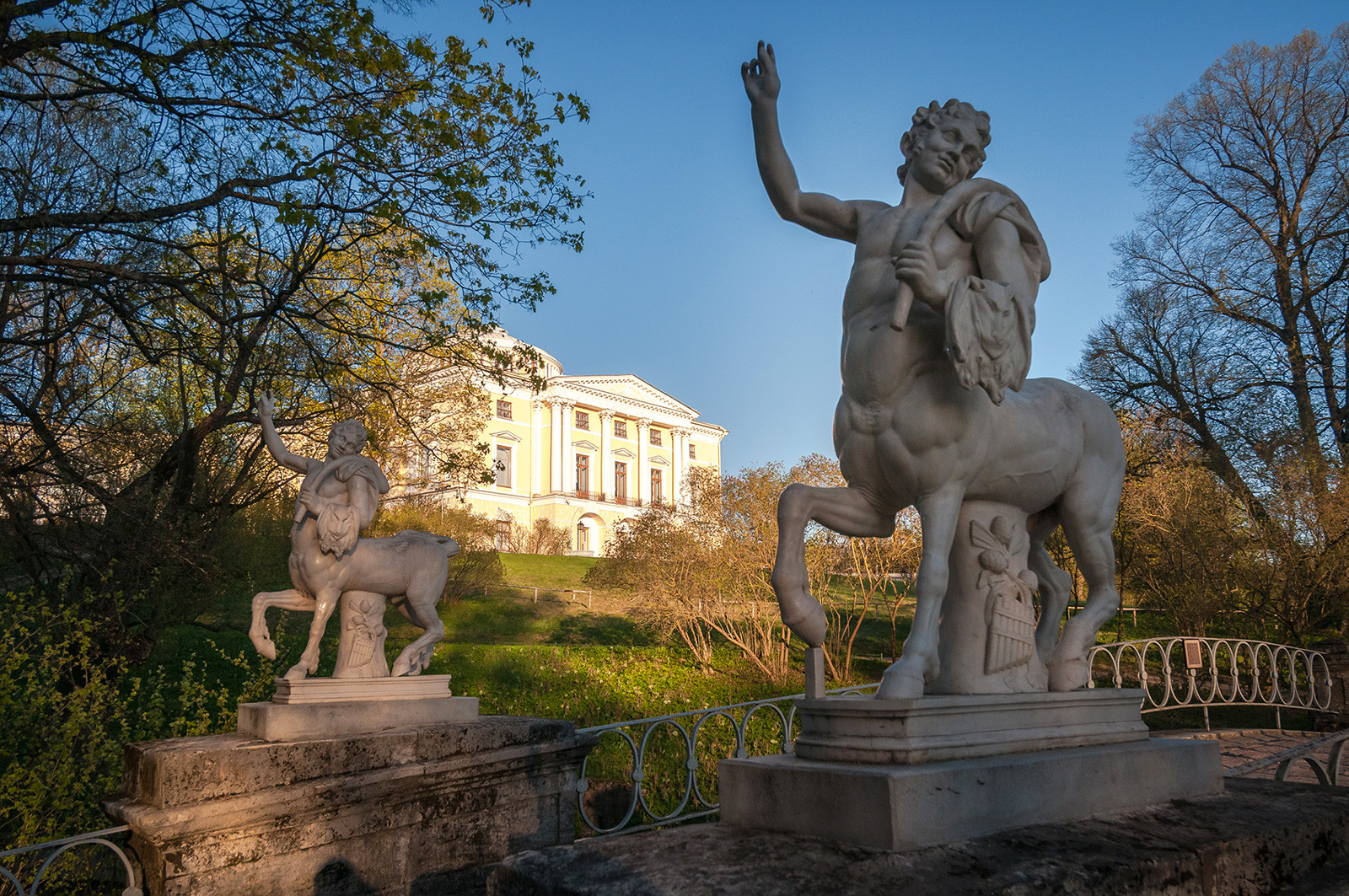 The owners of the Pavlovsk residence, the aforementioned Emperor Paul I and his wife Maria Fedorovna, traveled extensively in Europe and were keen on ancient mythology. The couple also greatly appreciated sculpture, and made everything effort to incorporate it into their residence. 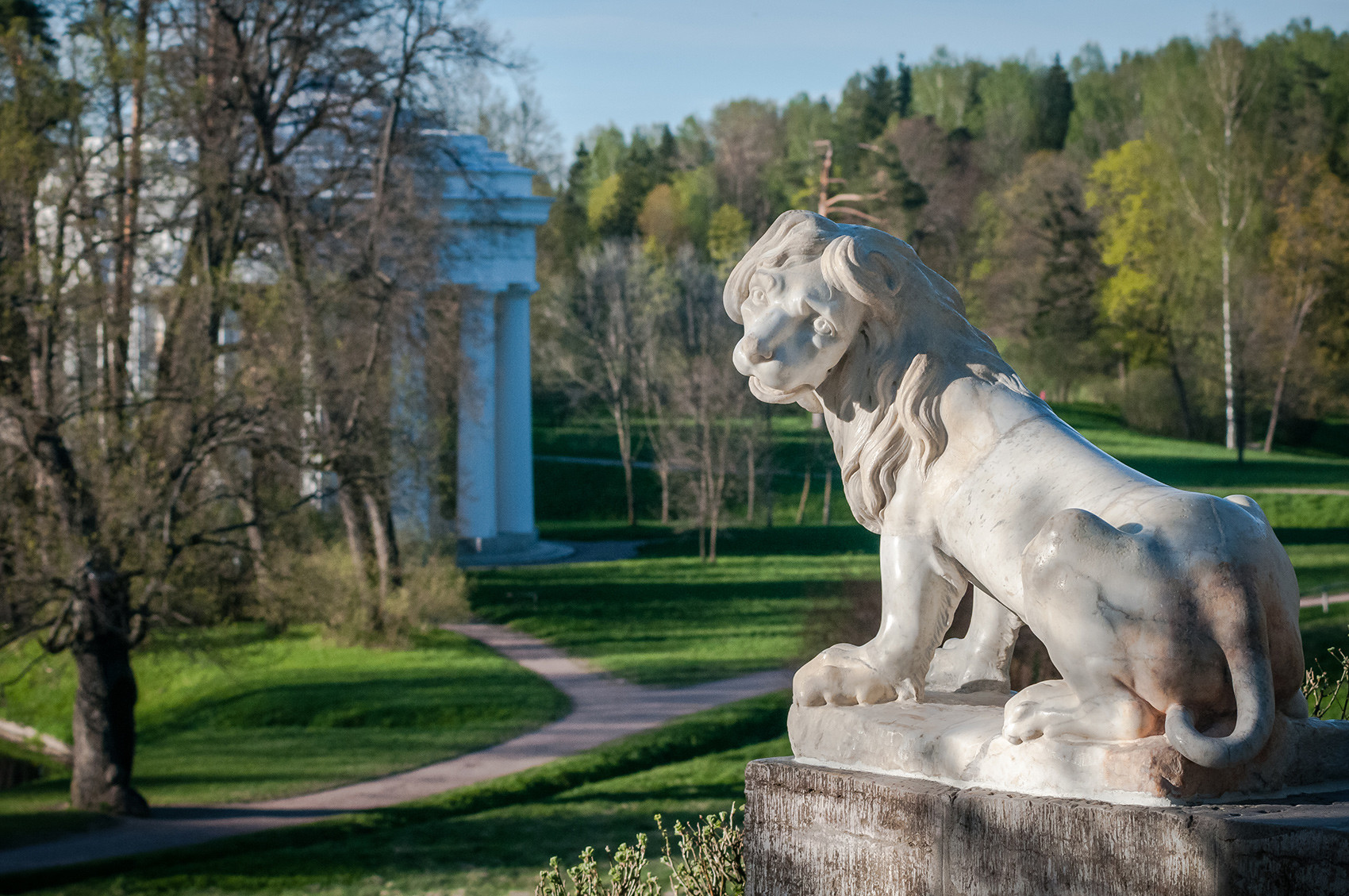 At Pavlovsk, visitors can see not only entire avenues of statues of ancient gods and goddesses, but other characters too. For instance, one of the most picturesque park bridges is decorated with statues of four centaurs, while the main steps leading to the park are flanked by a pair of sculptured lions, one roaring menacingly, the other “smiling” welcomingly. All these park “residents” add a wondrous, near fairy-tale quality, in which different leitmotifs and eras are intertwined. 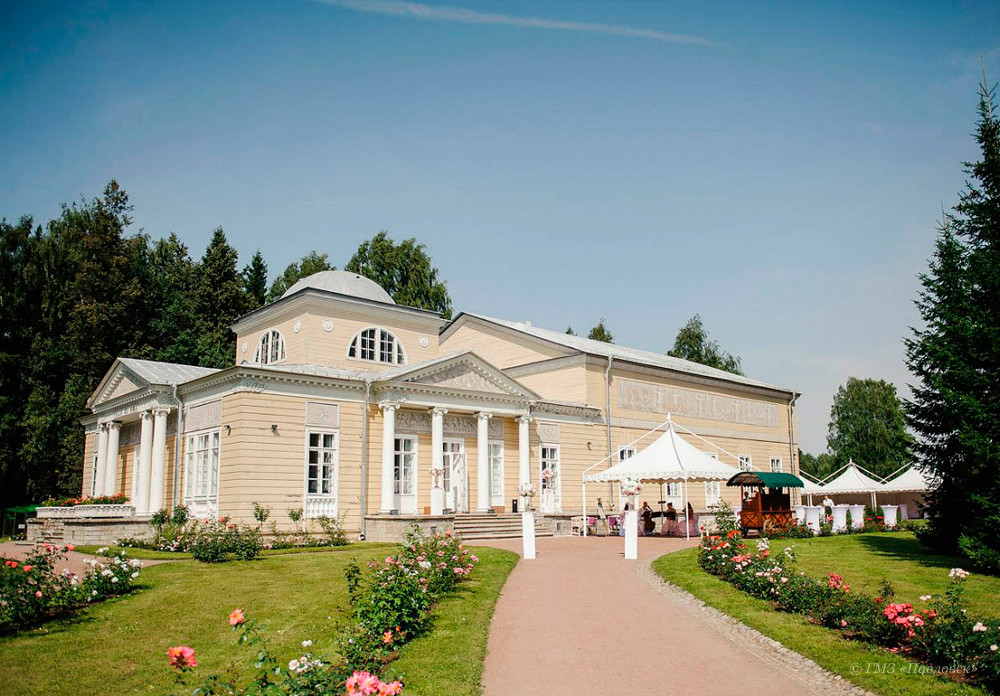 The Rose Pavilion was the favorite leisure place of Empress Maria Feodorovna, and many Russian writers and poets also frequented it. Here, balls and festivals were held. This landmark impresses the viewer with the richness of its interior decor and magnificent rose garden surrounding it on all sides.

6. The wonder of natural art 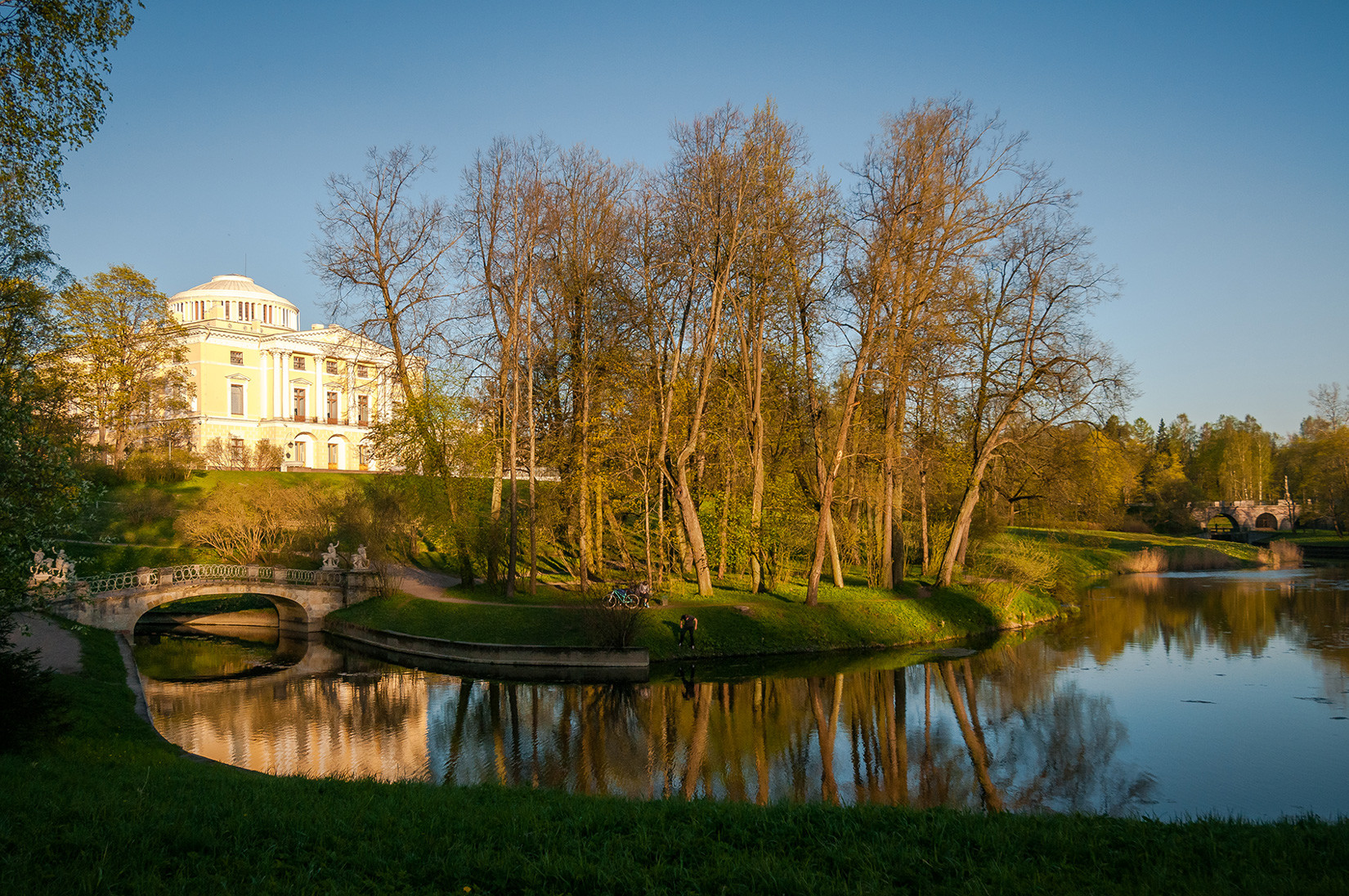 A stroll through Pavlovsk Park offers a view of works by famous artists. But instead of framed paintings, they are what would today be described as land art. For example, in 1807-1809, artist Pietro Gonzago created here a piece entitled The Most Beautiful Place (as Maria Feodorovna called it) – a kind of theatrical scene in the form of trees grouped into small islands in a meadow. 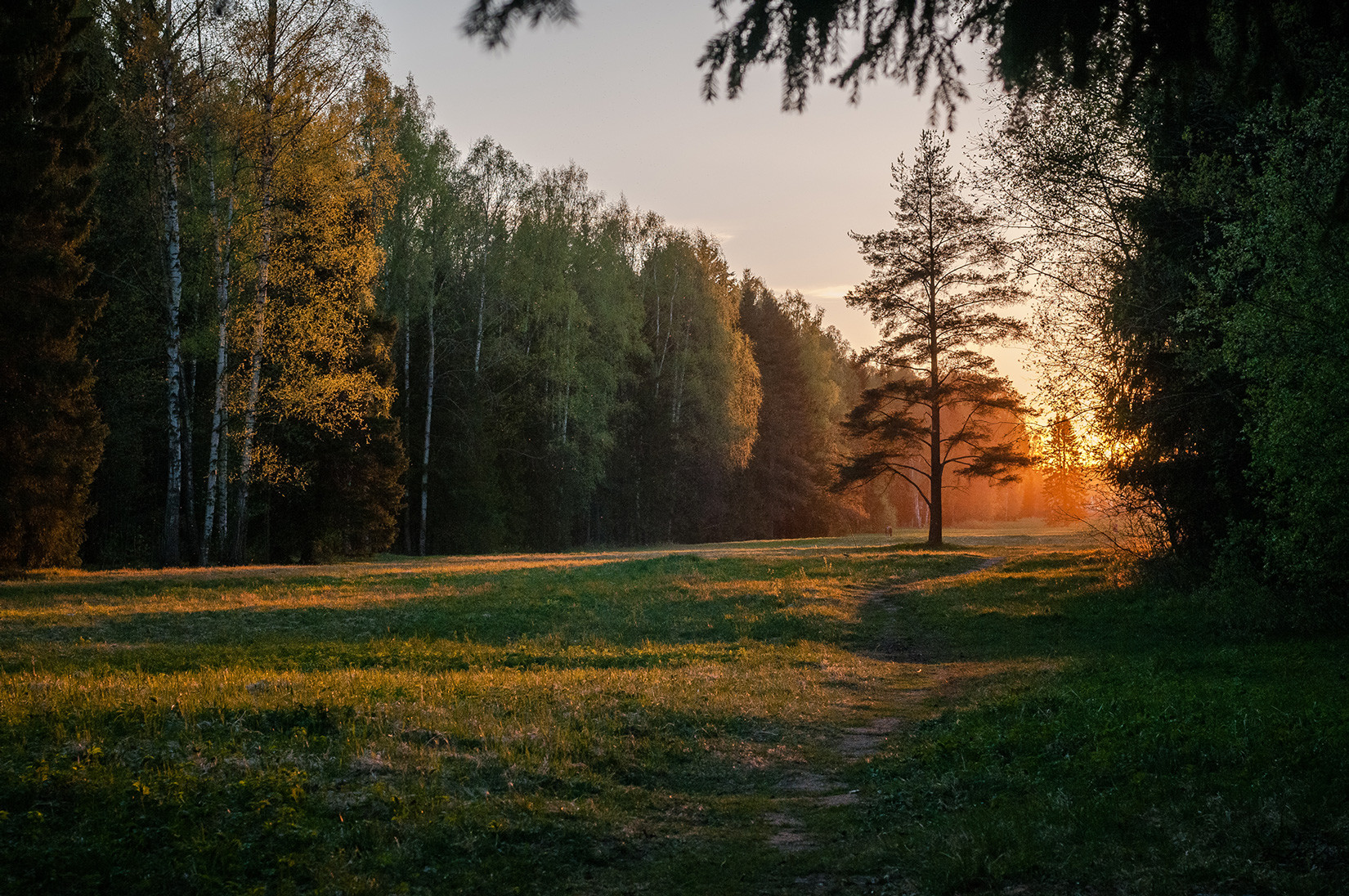 And then there is Ring of White Birches, a small section of the park fringed by slender birch trees. From here, seven scenic paths diverge for those wishing to be inspired by the local nature.