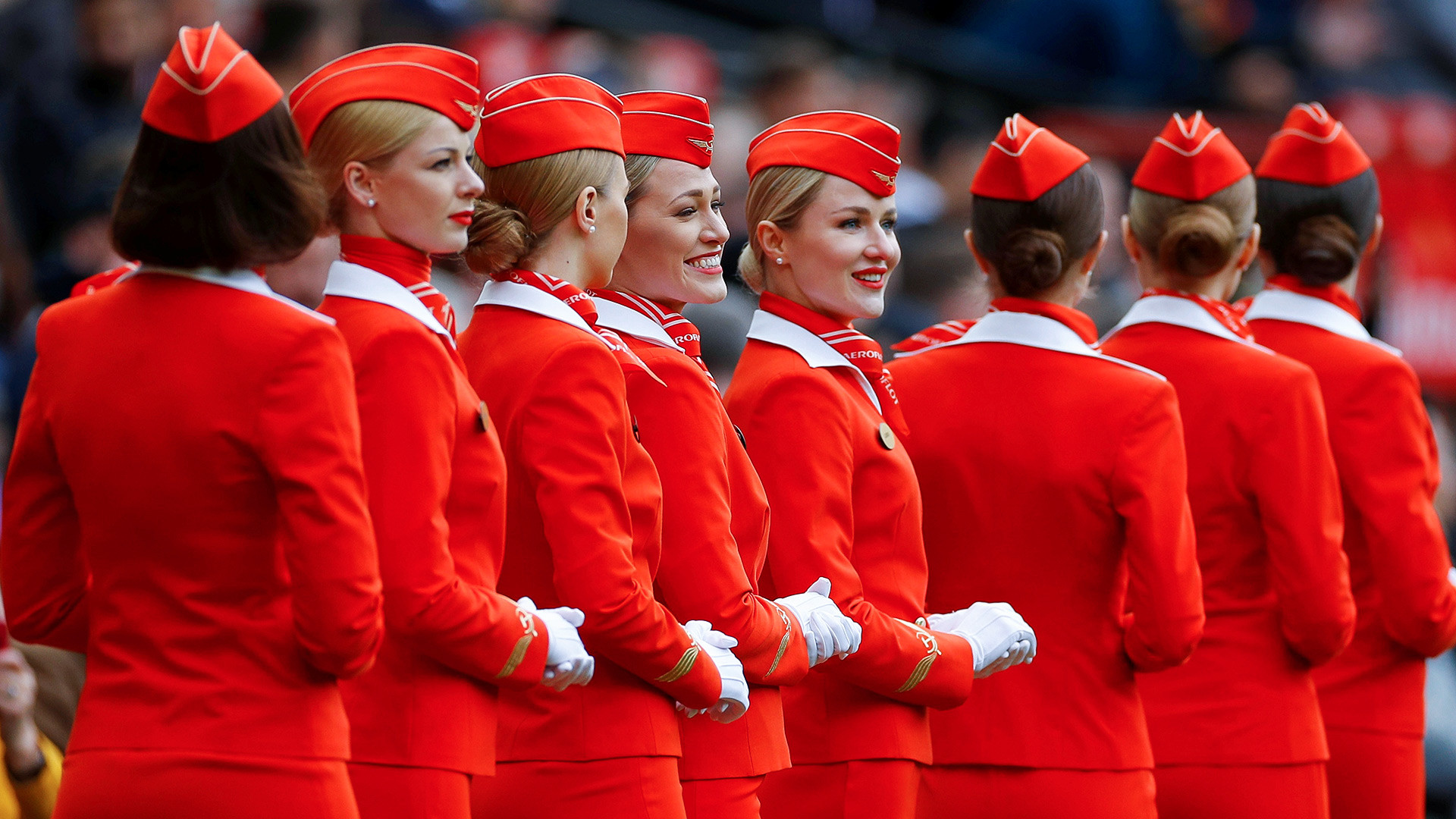 Reuters
Many airlines seek to dress their flight attendants in striking, memorable uniforms. Check out what Russian cabin crews wear in the skies!

Russia's oldest airline has changed its flight attendants' uniform numerous times throughout its 96-year-old history. Today, it looks like this: light, bright-red suits for summer and traditional navy woollen suits for winter. 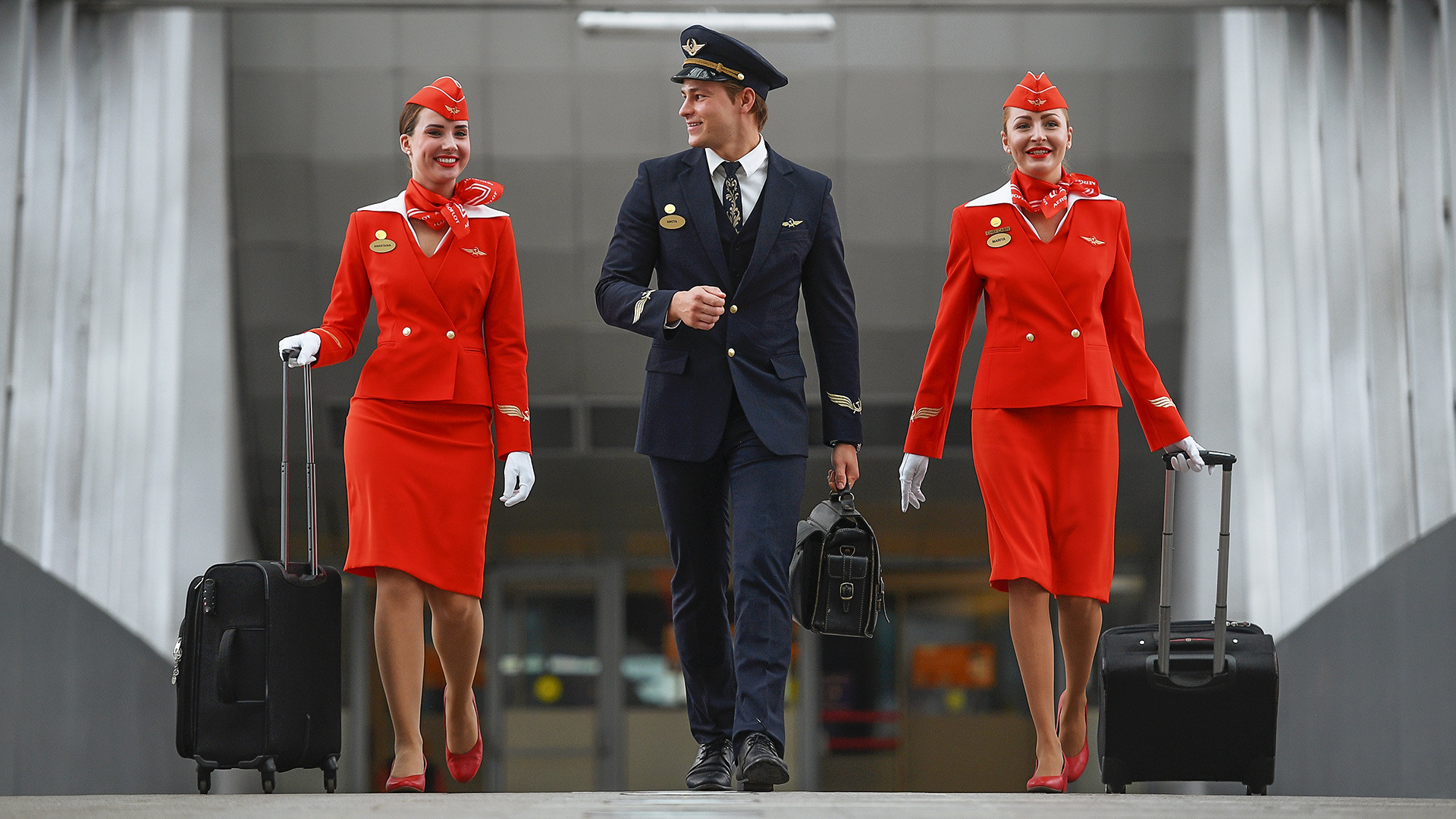 The full kit includes a cap, white gloves, a raincoat, a blouse, a dress, a blanket, a winter coat and a scarf. Shoes are selected to match the suit. Male flight attendants wear navy blue suits decorated with Aeroflot’s trademark stripes. 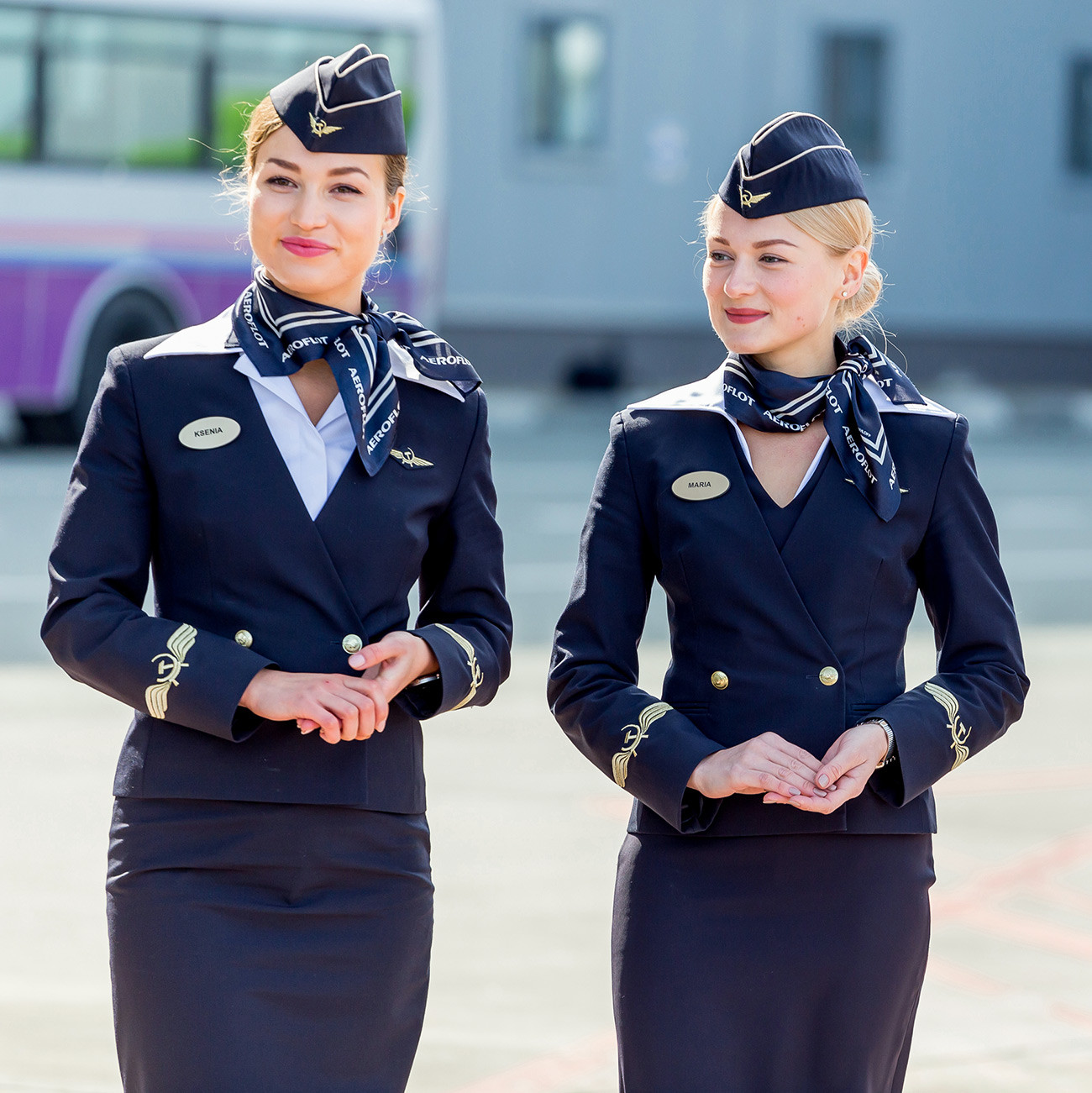 Painted over with traditional Khokhloma-style patterns, Rusline planes always stand out on a runway! The airline links Moscow to cities in the Volga region, the Urals and Siberia. Its flight attendants wear elegant beige suits with a signature red seam line. 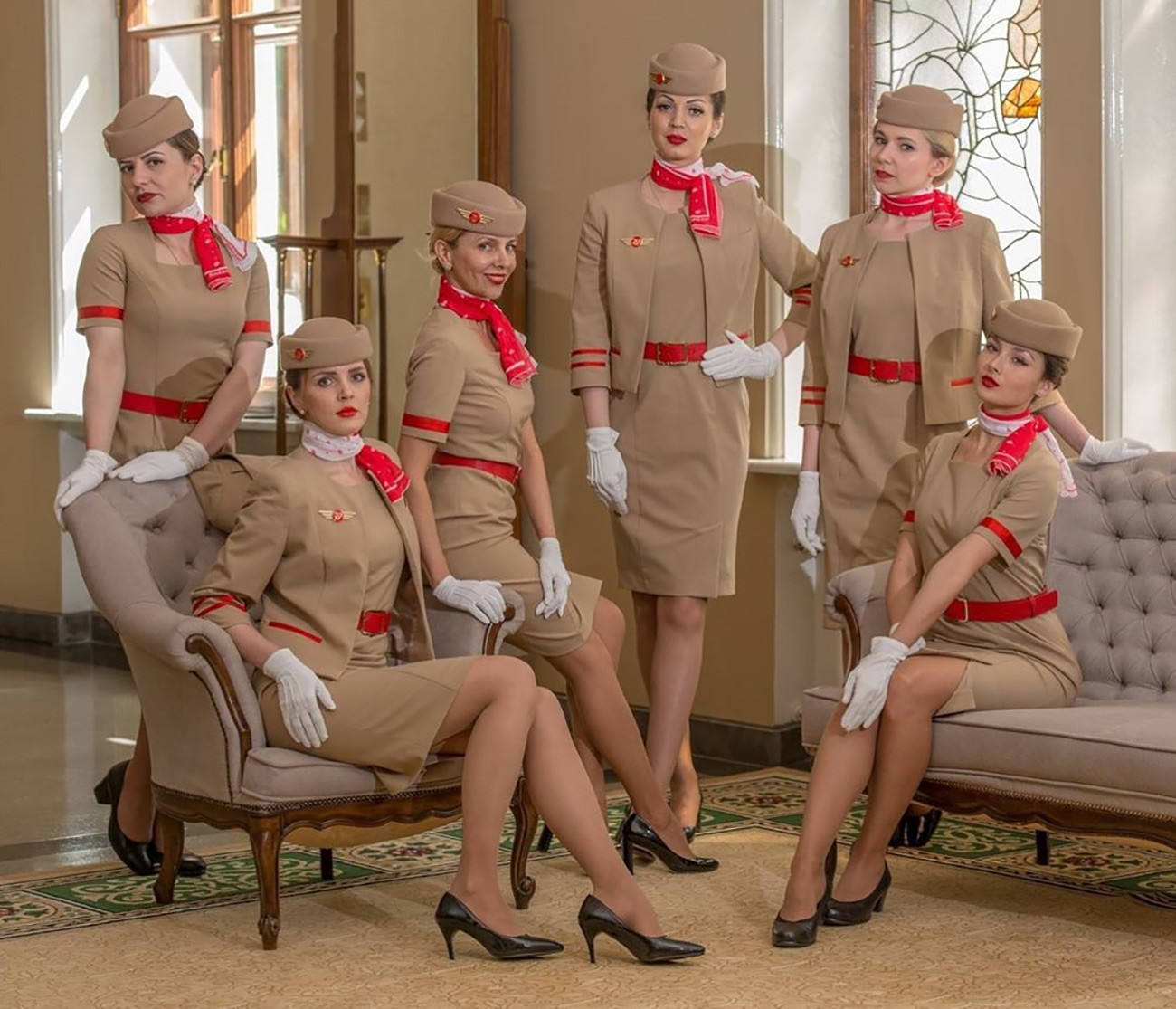 The Russian low-cost airline, a subsidiary of Aeroflot, too, has a very elegant uniform. Its female flight attendants wear blue dresses, navy blazers with a blue edging, and silk polka dot neck scarves. 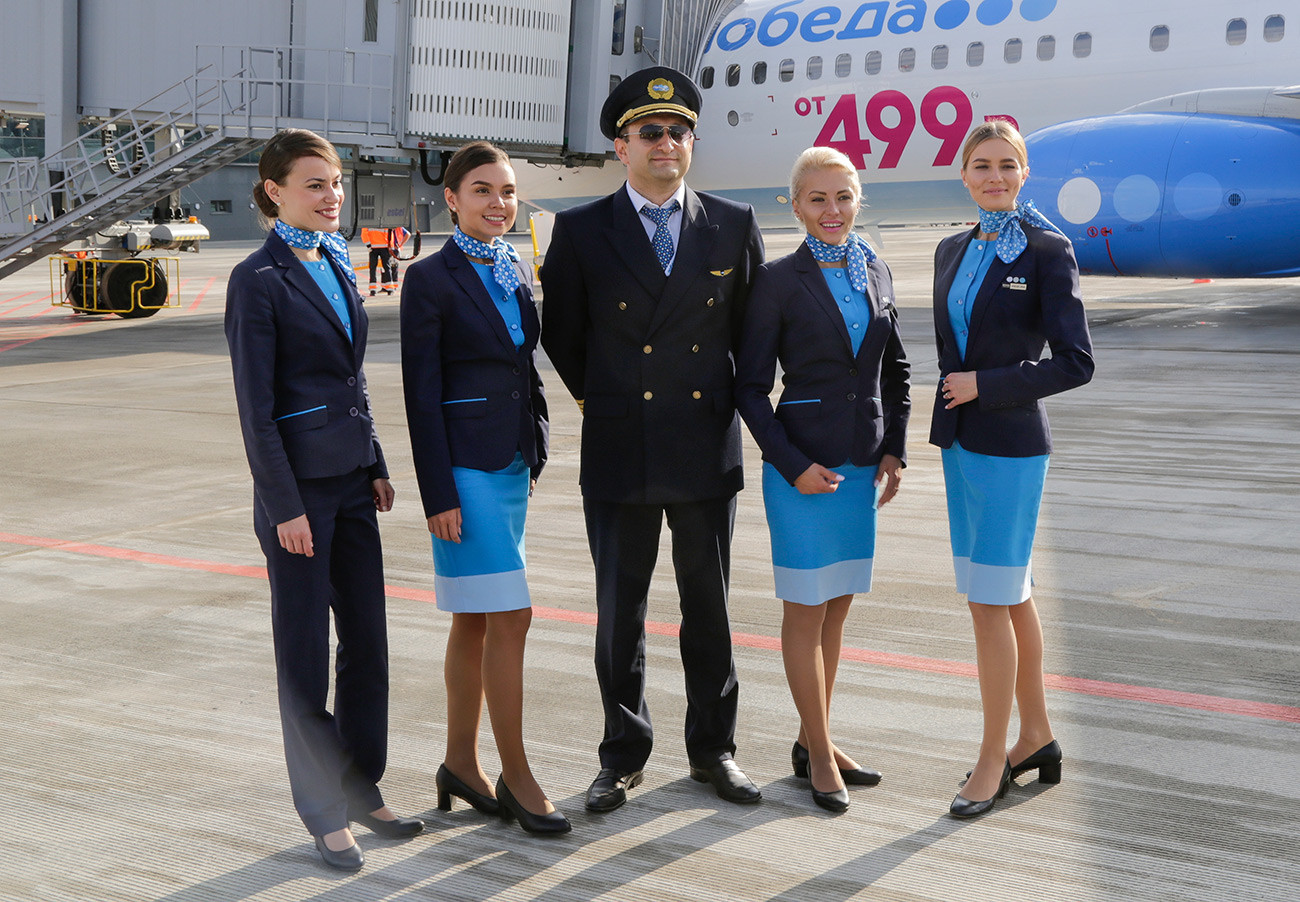 The prize for the brightest uniform probably goes to S7. Its female flight attendants have two options to choose from: dark-pink short-sleeve dresses or sky-blue skirt suits. 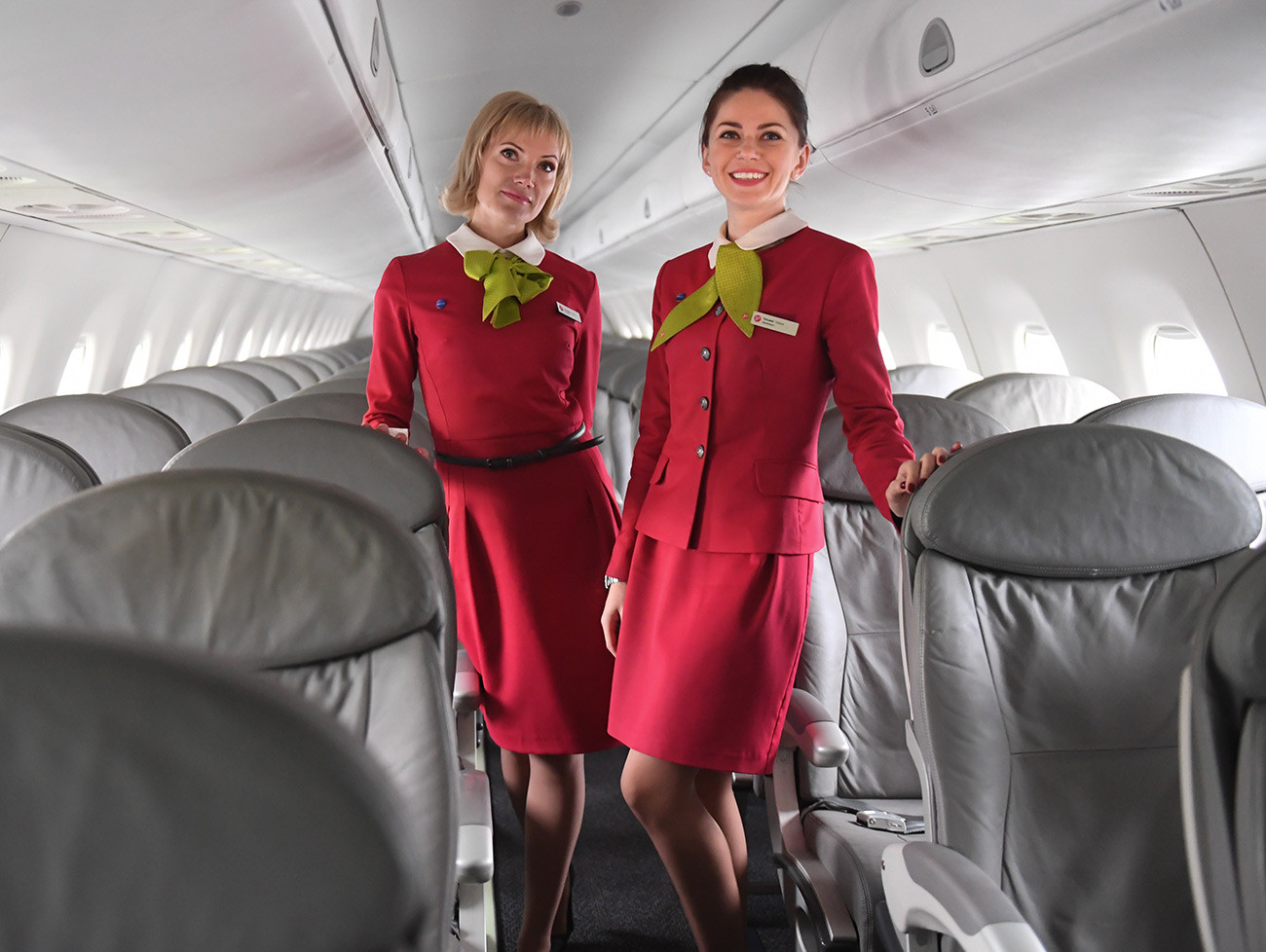 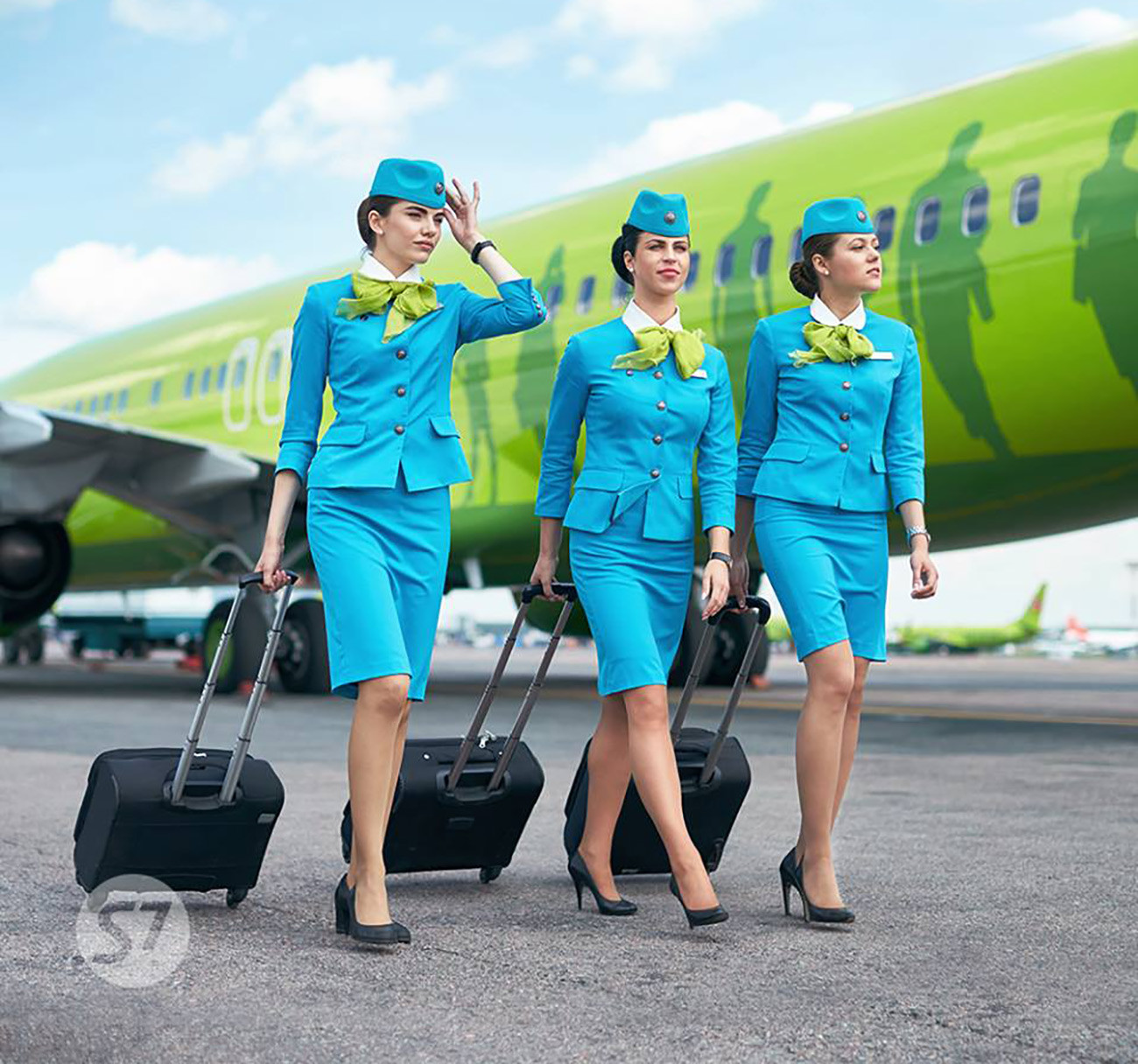 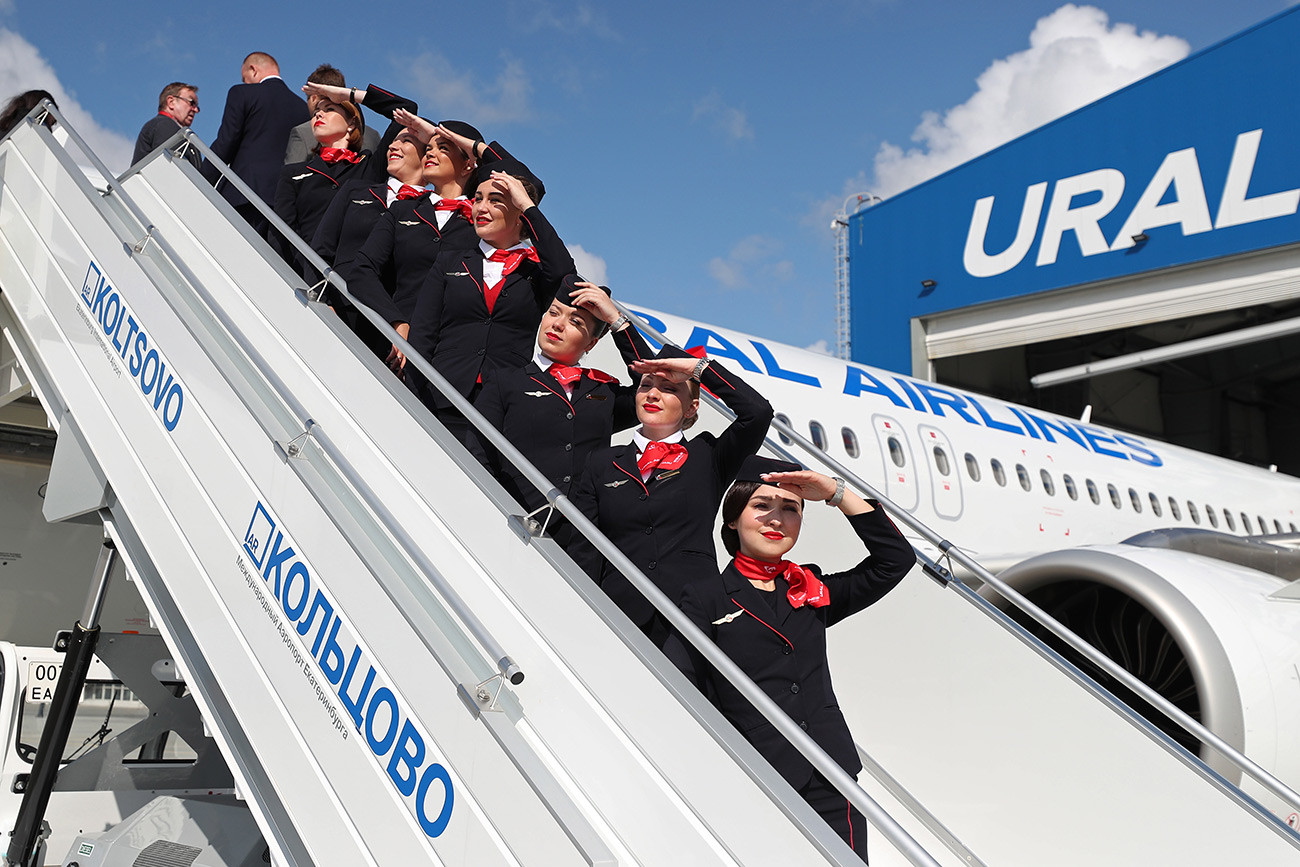 Nordwind is Russia's seventh largest airline. It operates mainly in the Volga region, operating flights to and from Kazan, Cheboksary and Volgograd. Its female flight attendants wear red or black dresses, while their male counterparts are dressed in black three-piece suits. 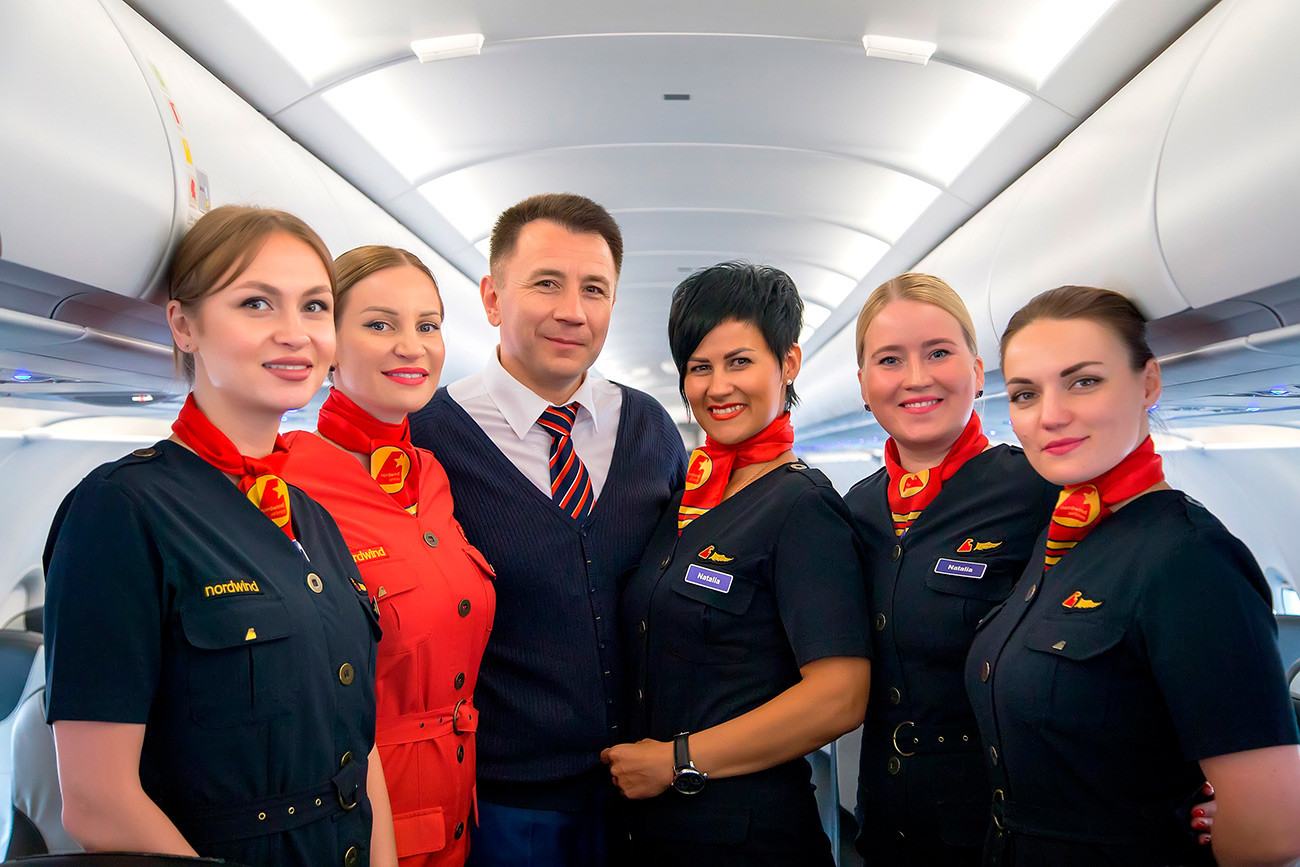 Rossiya Airlines is based in St. Petersburg and operates flights to Russia’s regions and Europe. Rossiya flight attendants are dressed in blue suits with scarlet belts. 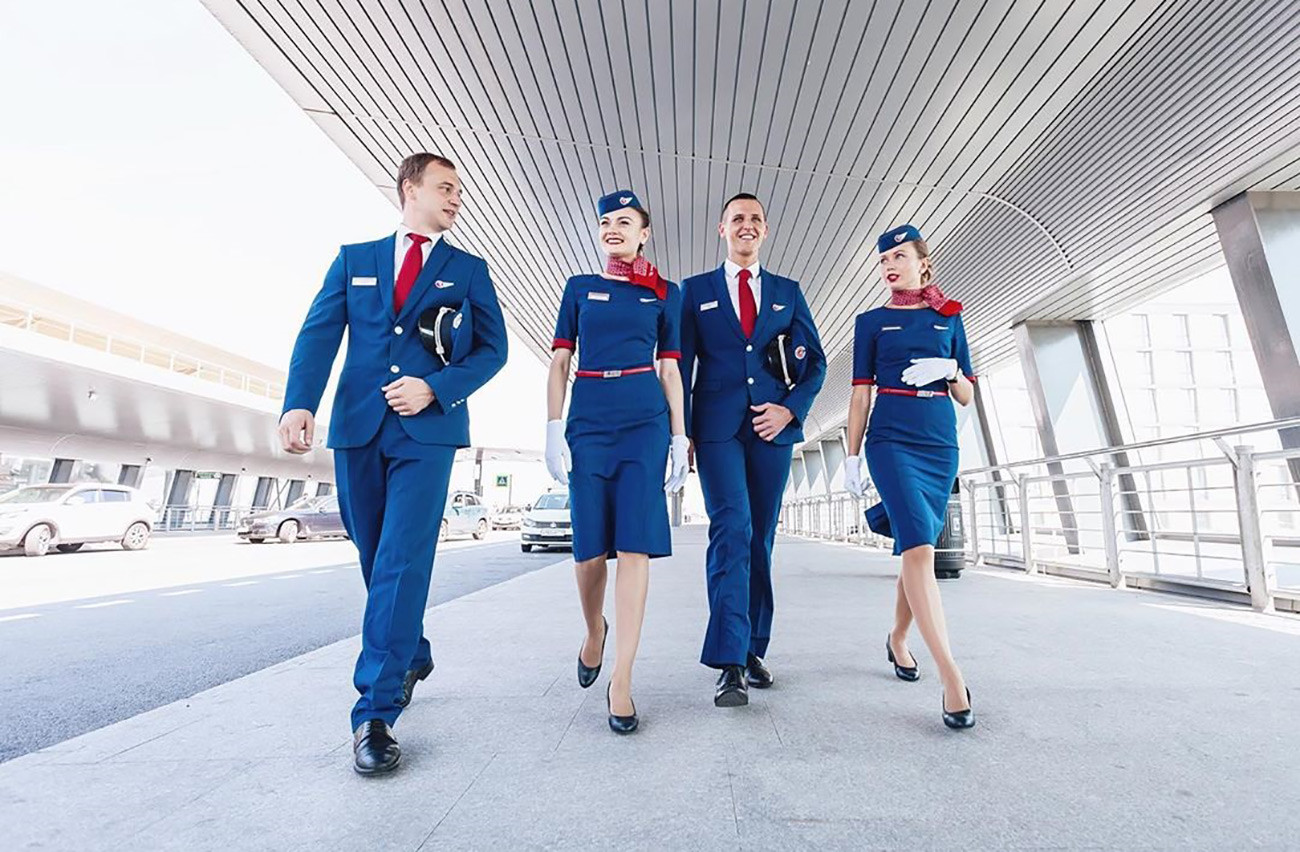 This small airline operates in Yakutia, northeast Russia, and connects the republic's capital, Yakutsk, to the region's most remote cities. Passengers fly on small An-24 and An-26 aircraft, as well as Mi-8 helicopters. 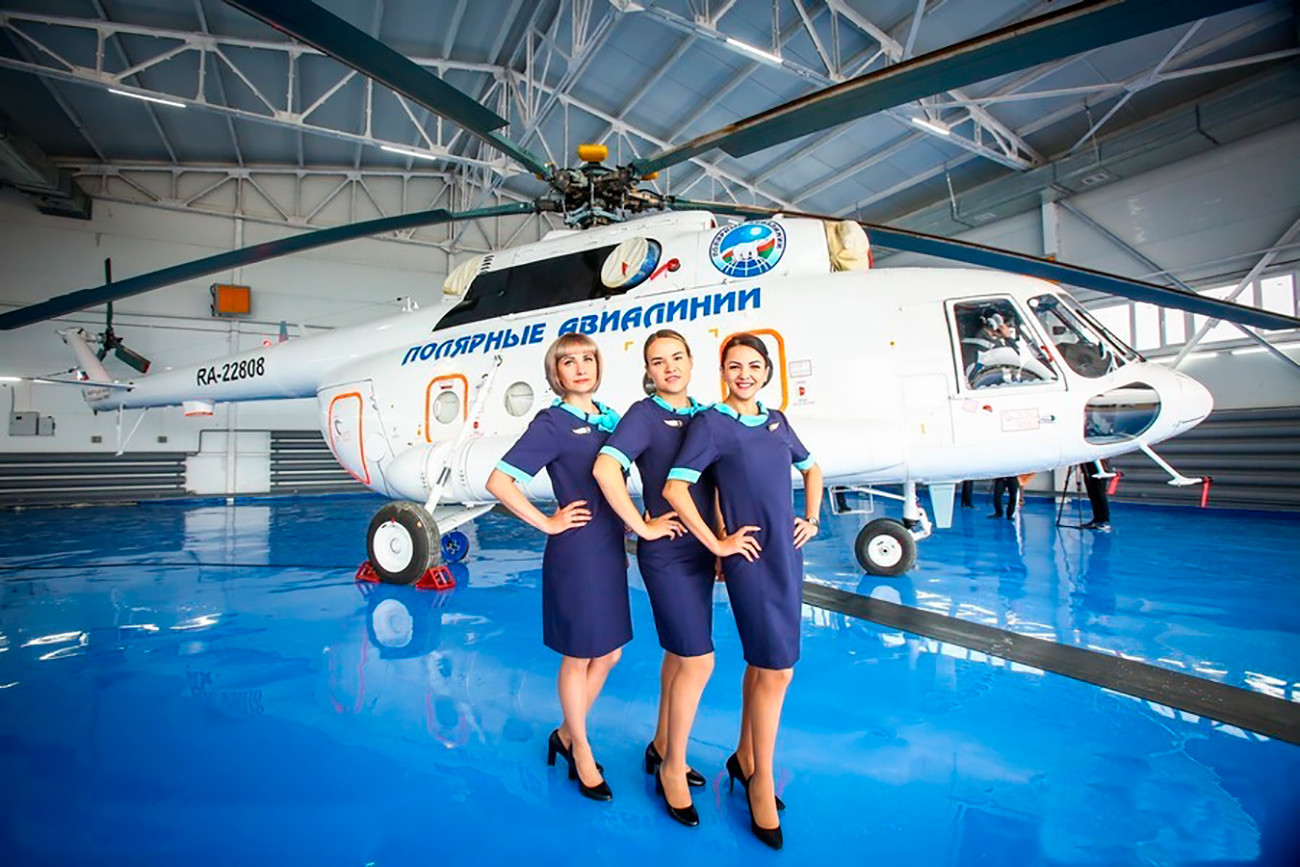 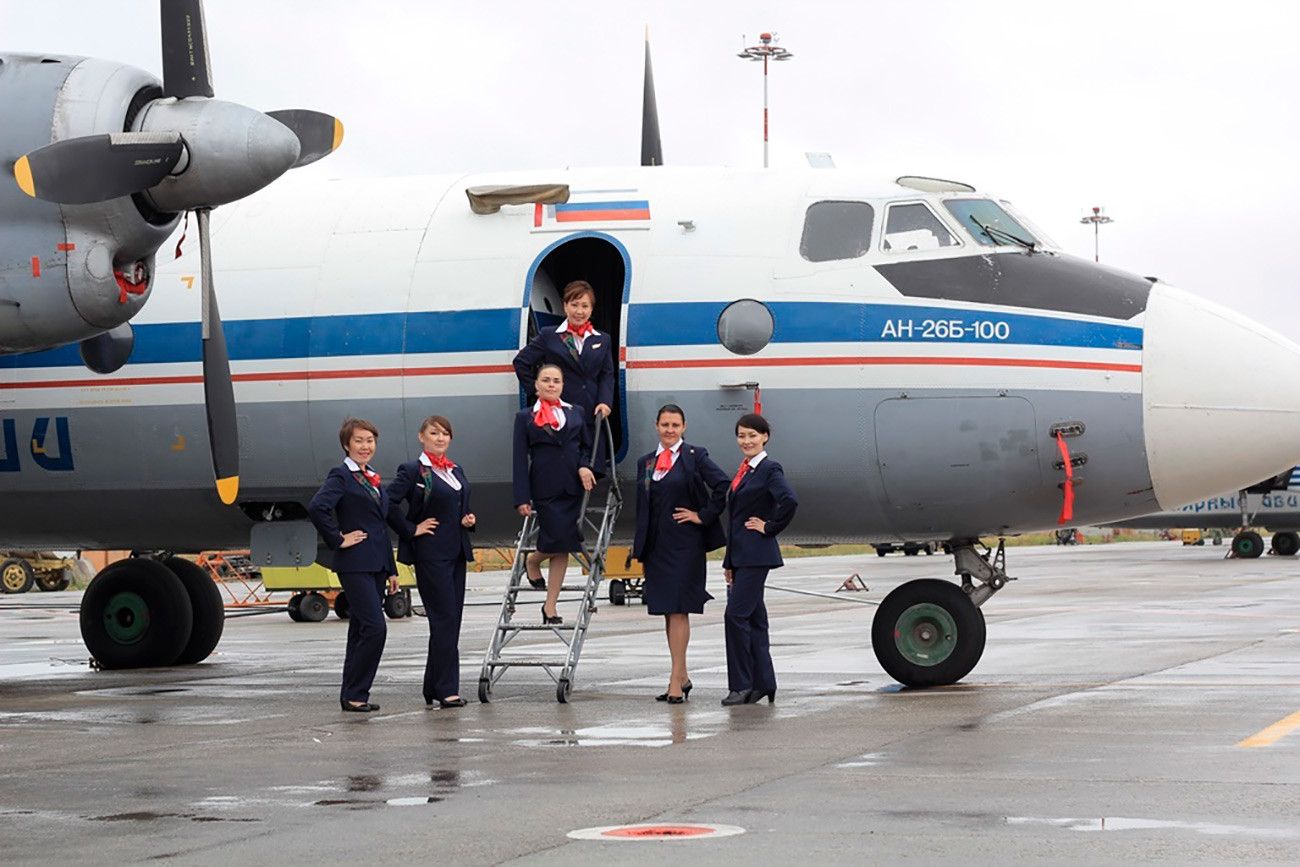 The airline has its headquarters in Surgut, Siberia, and operates flights mainly to Russian regions and large European cities. Its flight attendants wear blue skirts and burgundy vests. 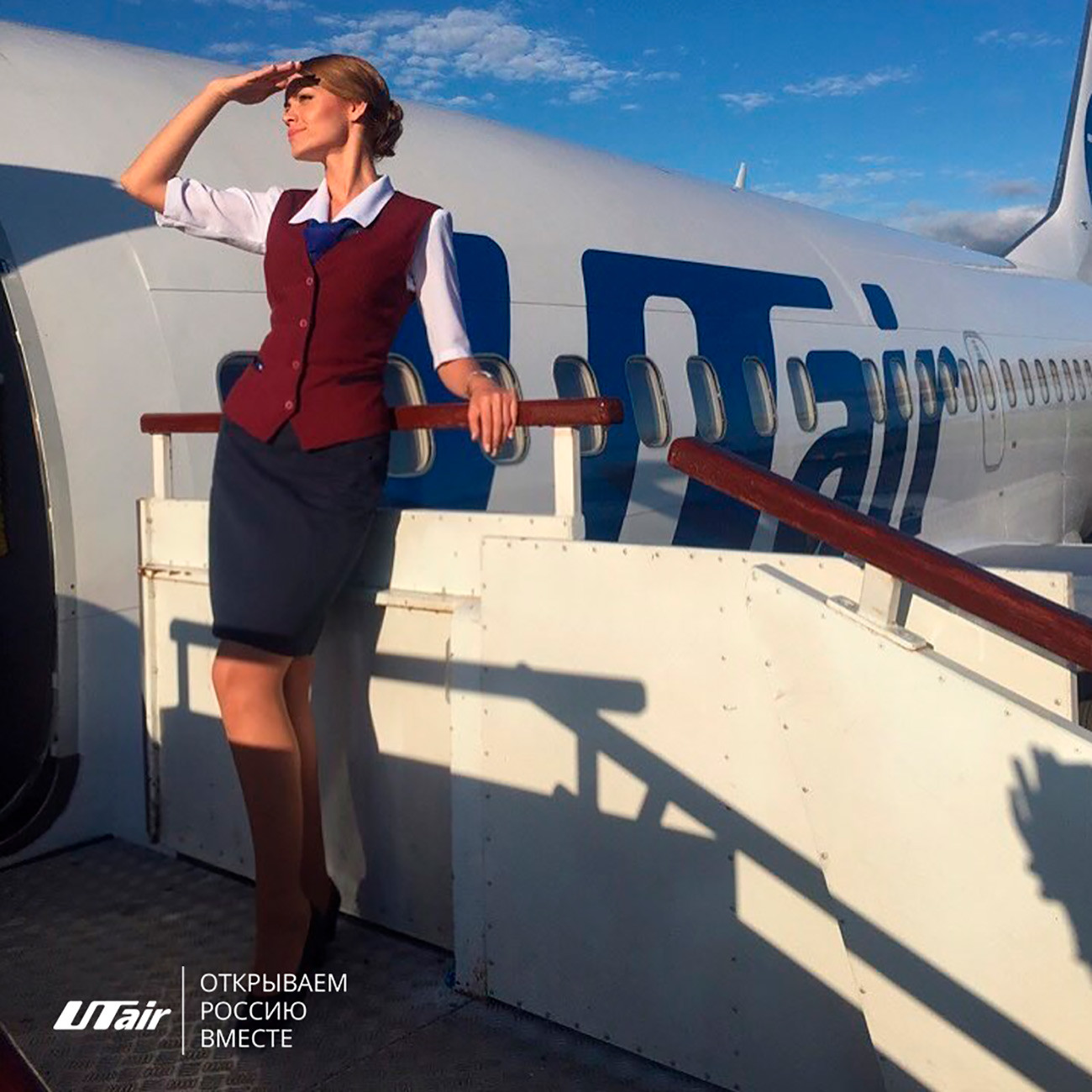 One of the largest airlines in Siberia, NordStar, is based in Krasnoyarsk and operates flights to other Siberian cities. Its cabin crew are dressed in gray-violet uniforms. 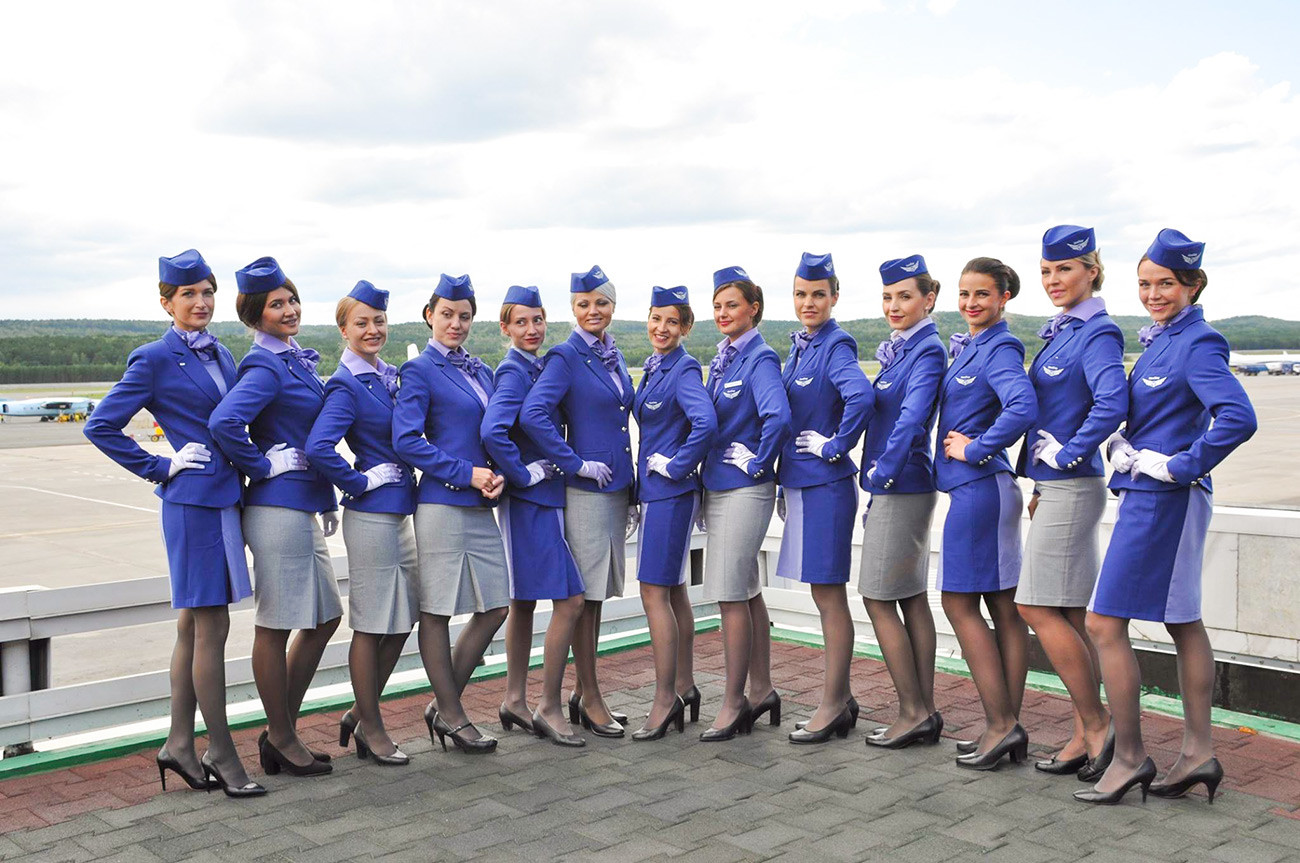