The origins of Russia’s palace made out of EARTH (PHOTOS) 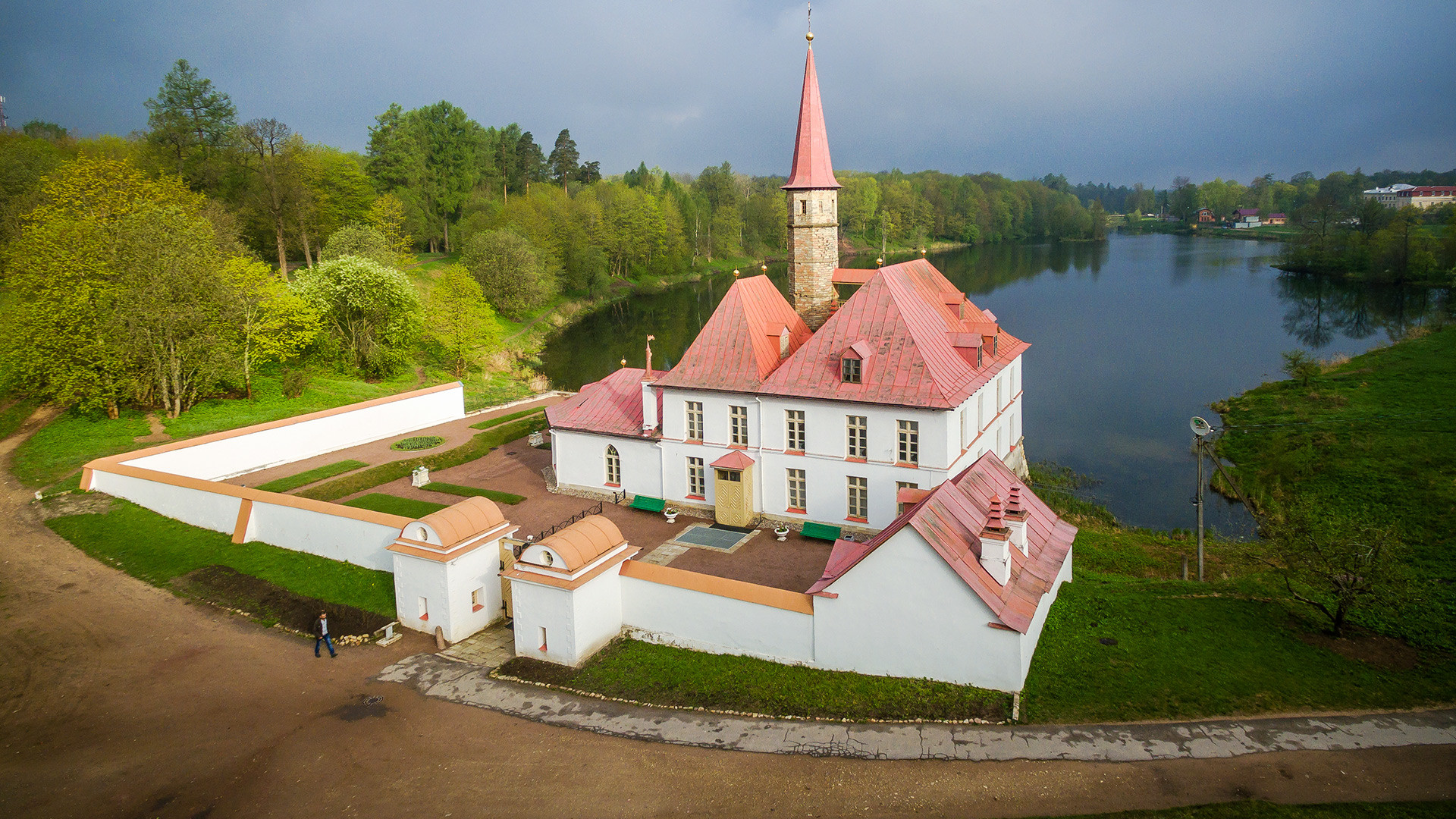 Vadim Razumov
The ‘organic’ palace has many legends associated with it and was, at one point, also a home to the Order of Malta.

The origins of the Priory Palace located in the settlement of Gatchina near St. Petersburg are linked to the history of the Order of Malta. One of the oldest chivalric orders of the Roman Catholic Church suffered persecution after the French Revolution. Paul I was a patron of the Knights of Malta, so his assistance was sought. 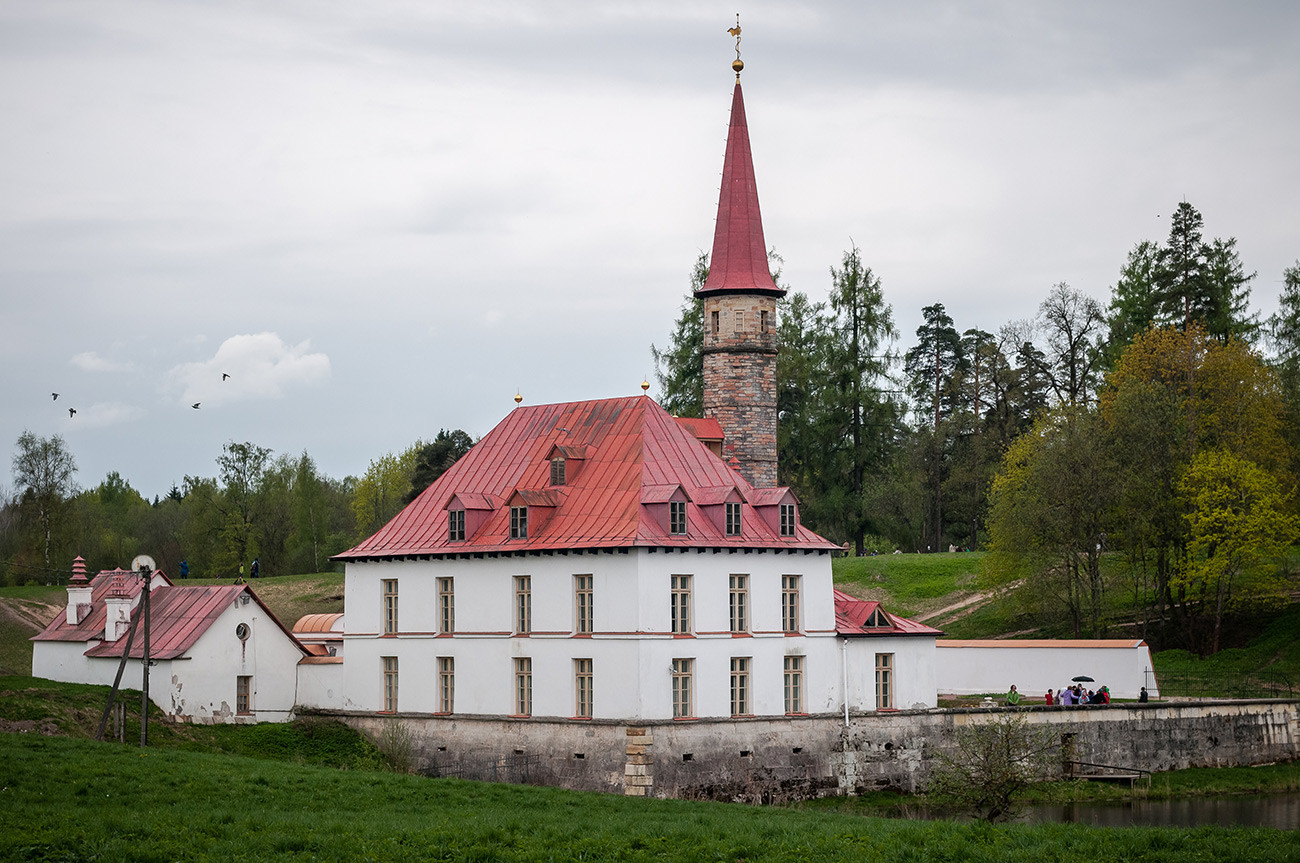 The emperor agreed to help, and in January 1797, he signed a convention on a "Grand Priory" of the Order of Malta to be set up on the territory of Russia. In November 1798, Paul I was awarded the Order’s title of Grand Master. 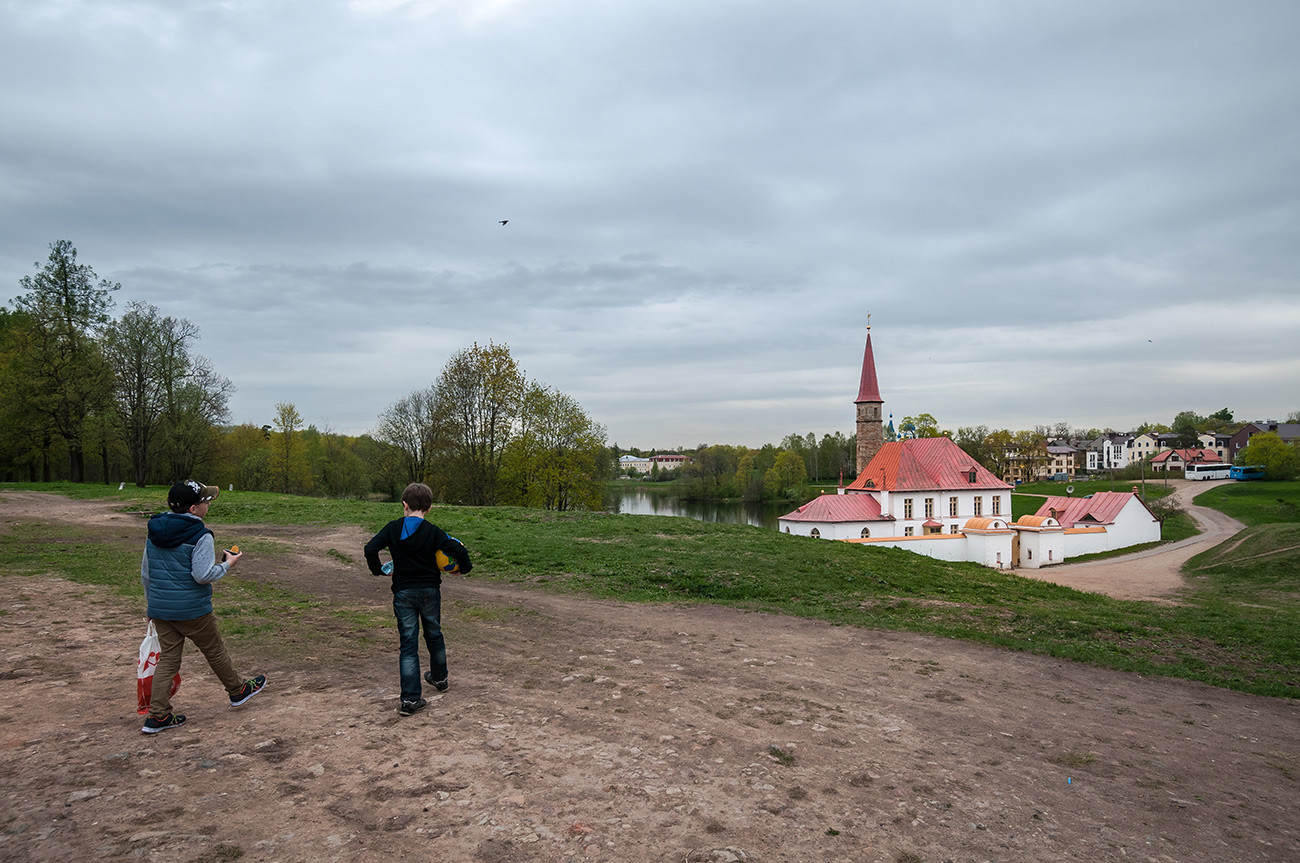 The Emperor handed over the Vorontsov Palace in St. Petersburg to the leadership of the Order of Malta, and then decided to build a summer residence for Prince Conde, the Prior of the Order, in Gatchina, where Paul I himself already had a palace. Prince Conde never made it to Petersburg, but by the time the construction was over, Paul I himself, as Grand Master, was one of the leaders of the Order of Malta. These events gave birth to the legend that there is an underground passage linking the Gatchina Palace to the Priory Palace. 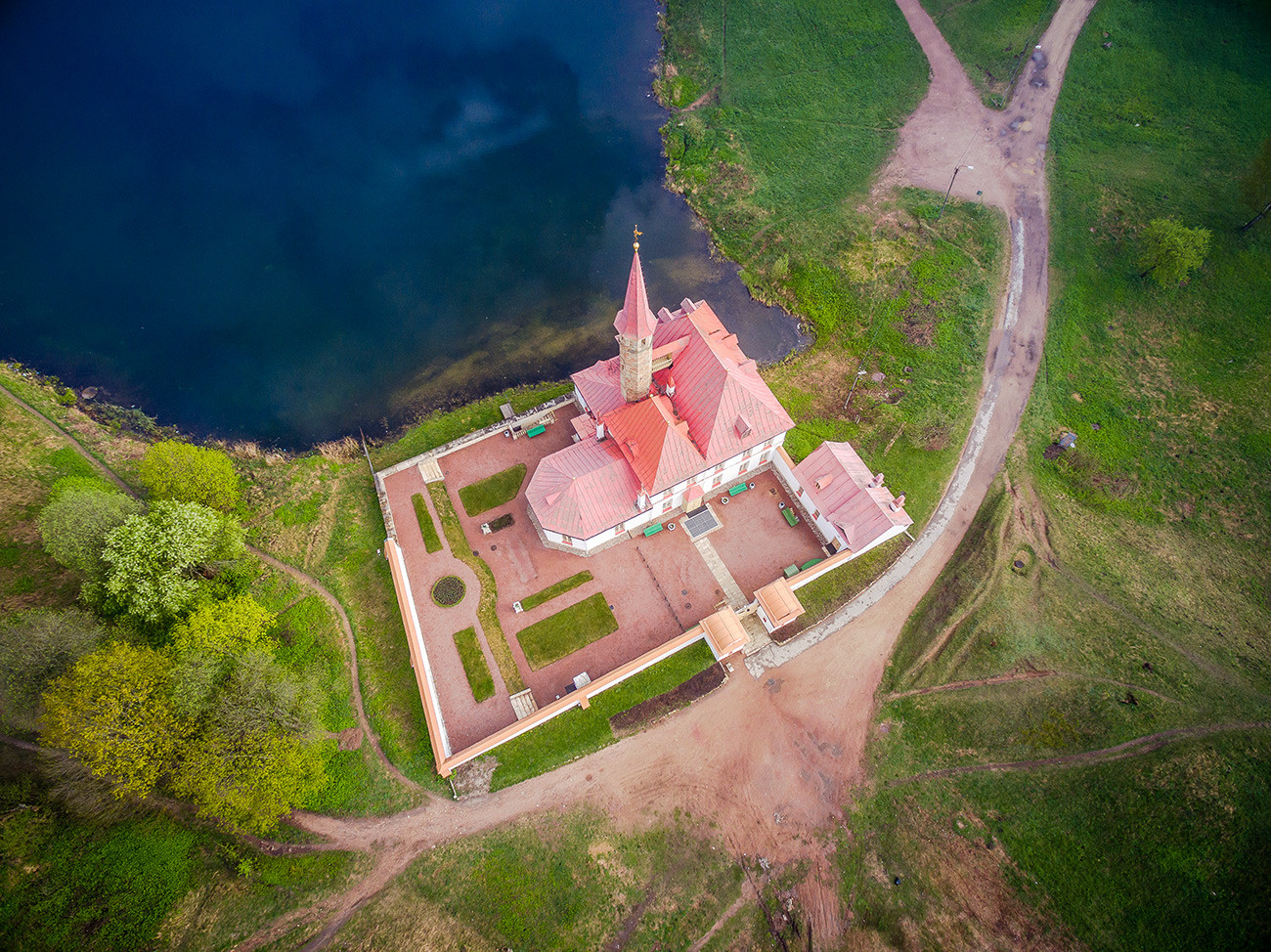 The Priory Palace (former Vorontsov Palace) was designed by the architect and engineer Nikolay Lvov, who also supervised the construction. Lvov was the author of numerous neo-classical mansions and churches in St. Petersburg, Moscow, Torzhok and their environs. 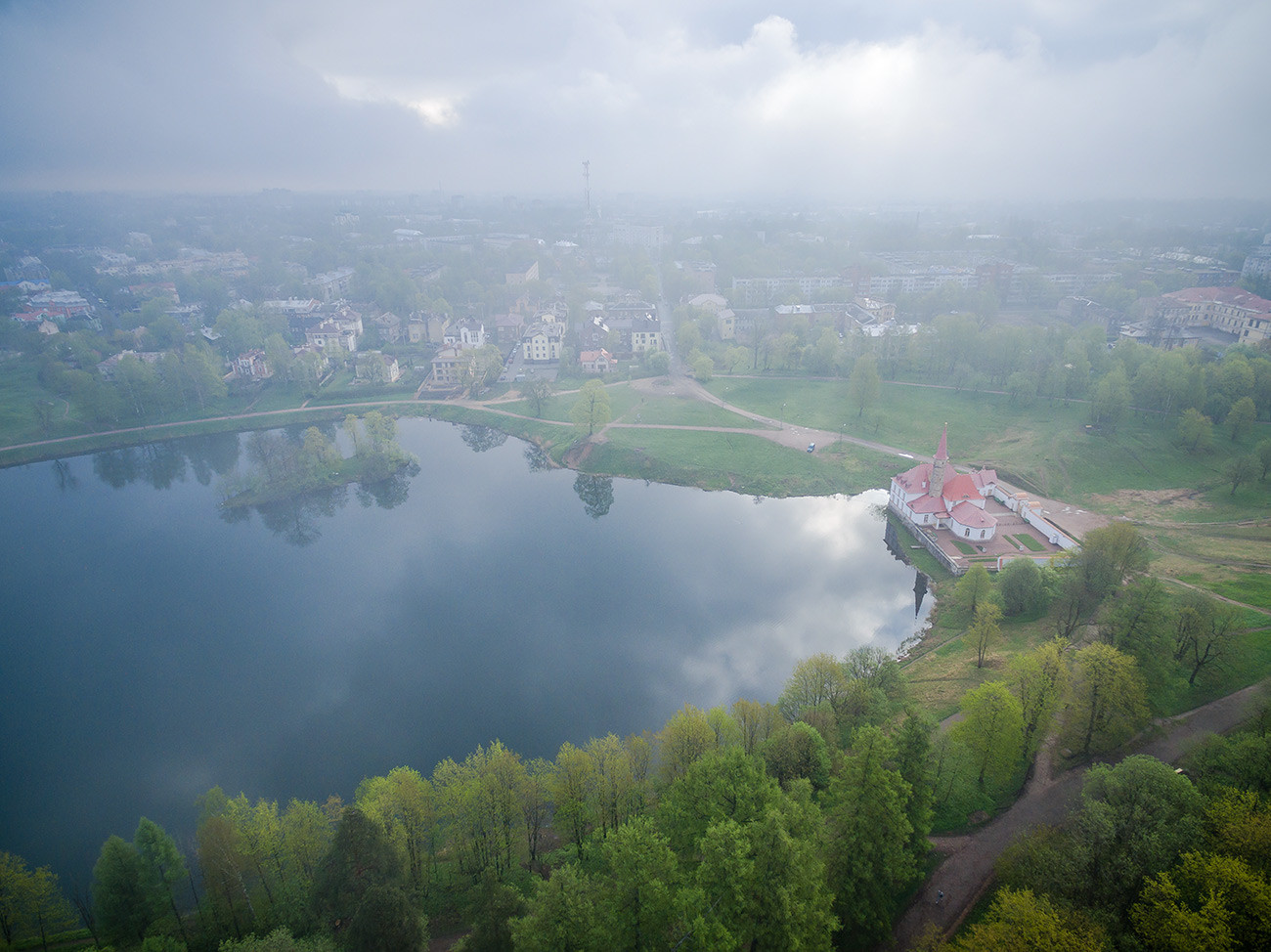 To build the palace, Lvov came up with a new technology and used soil as a material. Previously, pressed earth had been used for fortifications, but Lvov developed a crimping technology that made it possible to create a whole castle out of earth, and on marshy terrain too! 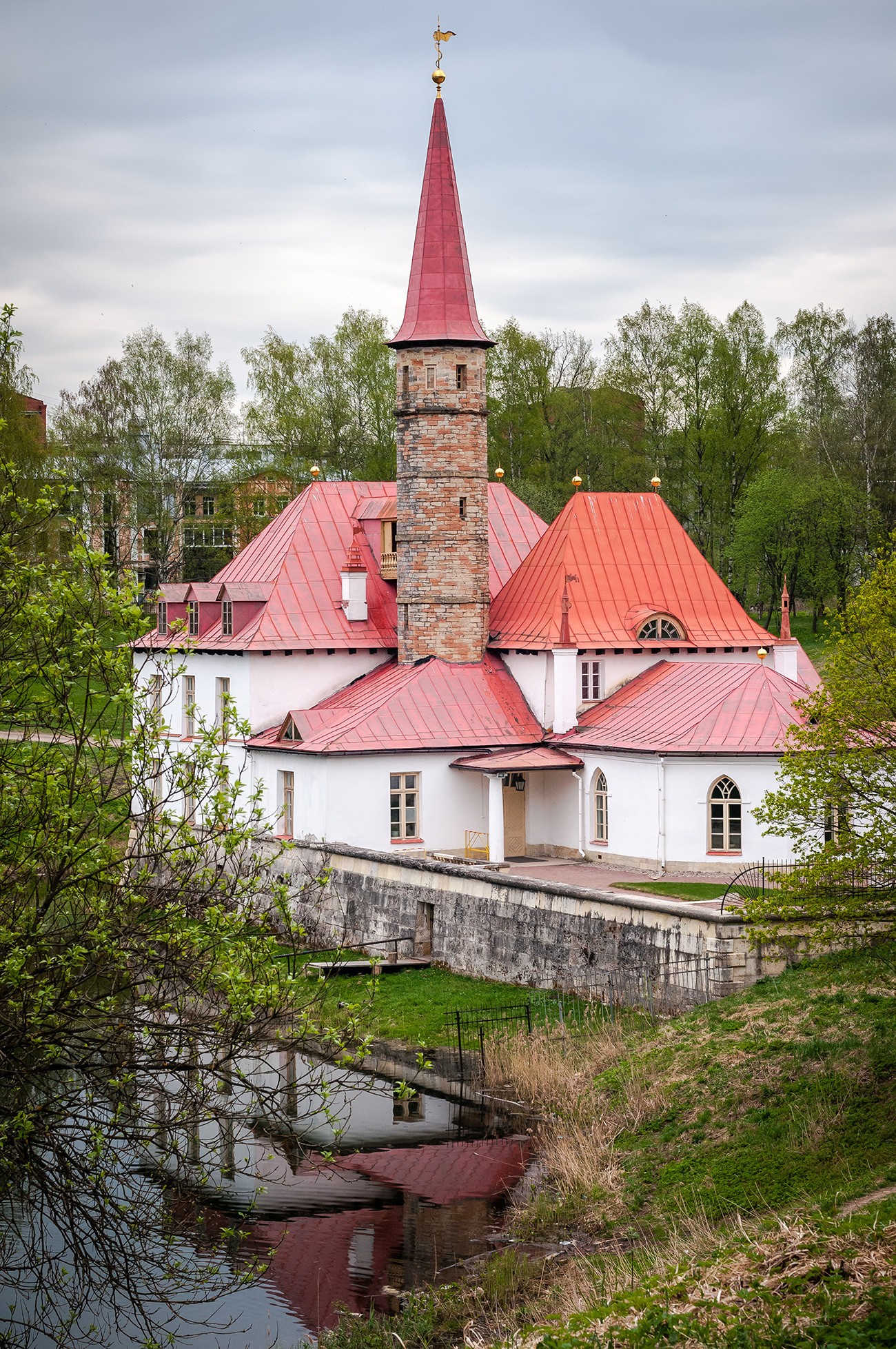 The Priory Palace is the only surviving rammed earth building in Russia. That’s despite Paul I supporting the engineer's experiments and issuing a decree to establish a rammed earth construction college in 1797.

Paul I's son, Emperor Alexander I, then transferred the palace to the state treasury. For a short time, it housed a Lutheran church, however, most of the time the building stood practically unused. 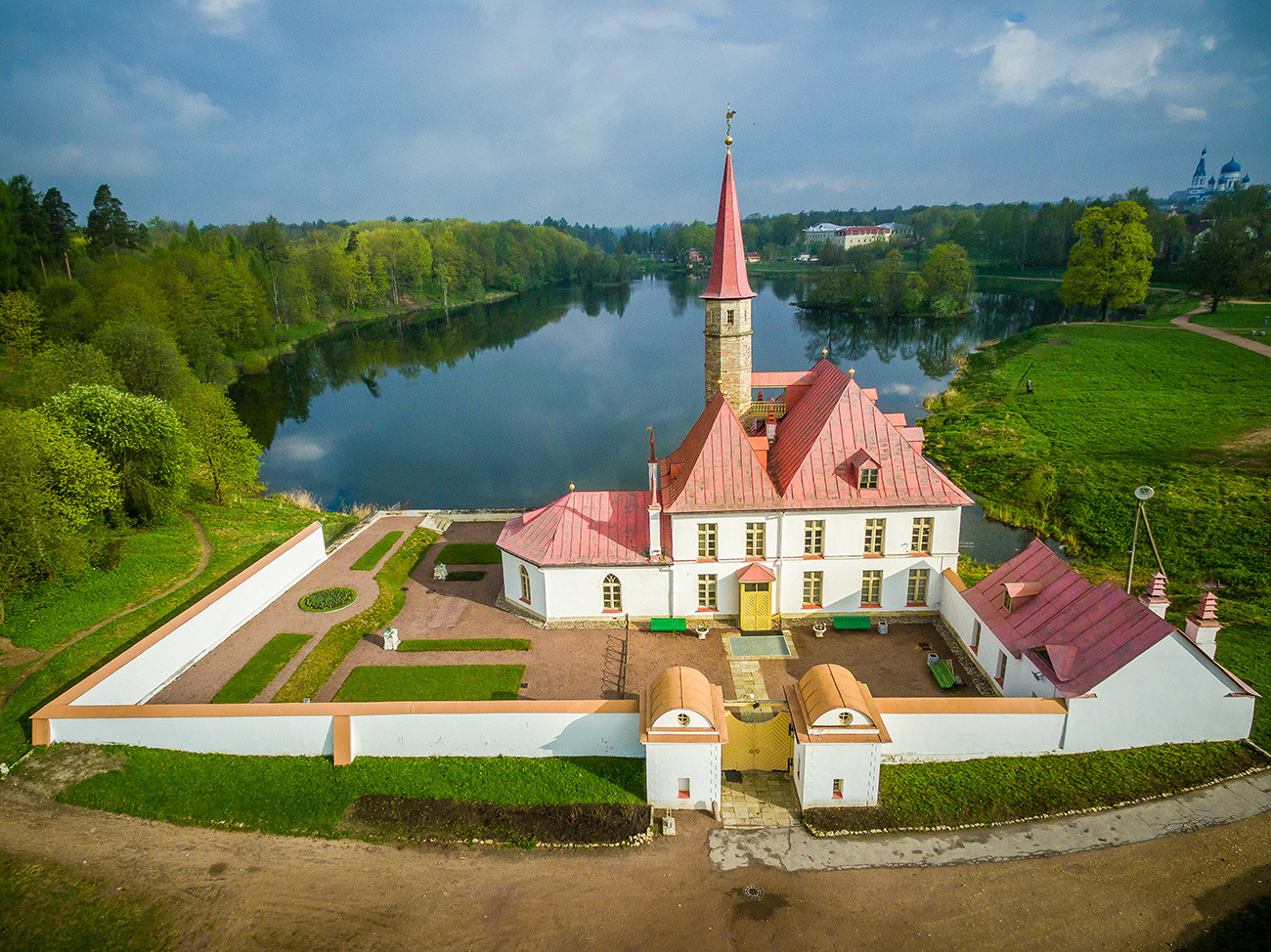 A century later, the palace was modernized: it had water supply and sewage systems installed and was made suitable for year-round use, after which it was converted into living quarters for courtiers. 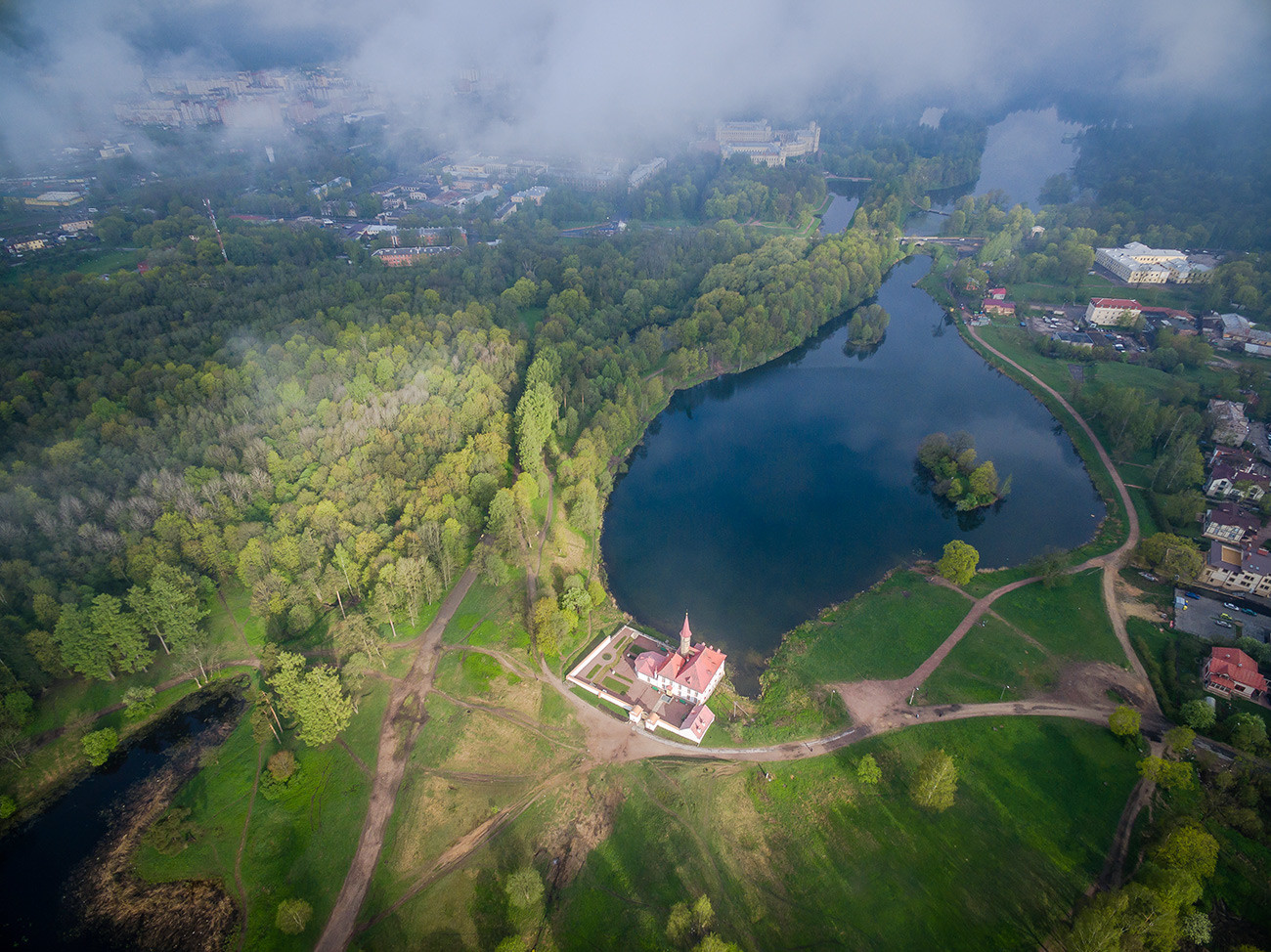 In the early 20th century, the Priory Palace was turned into an art venue and used to house various exhibitions. 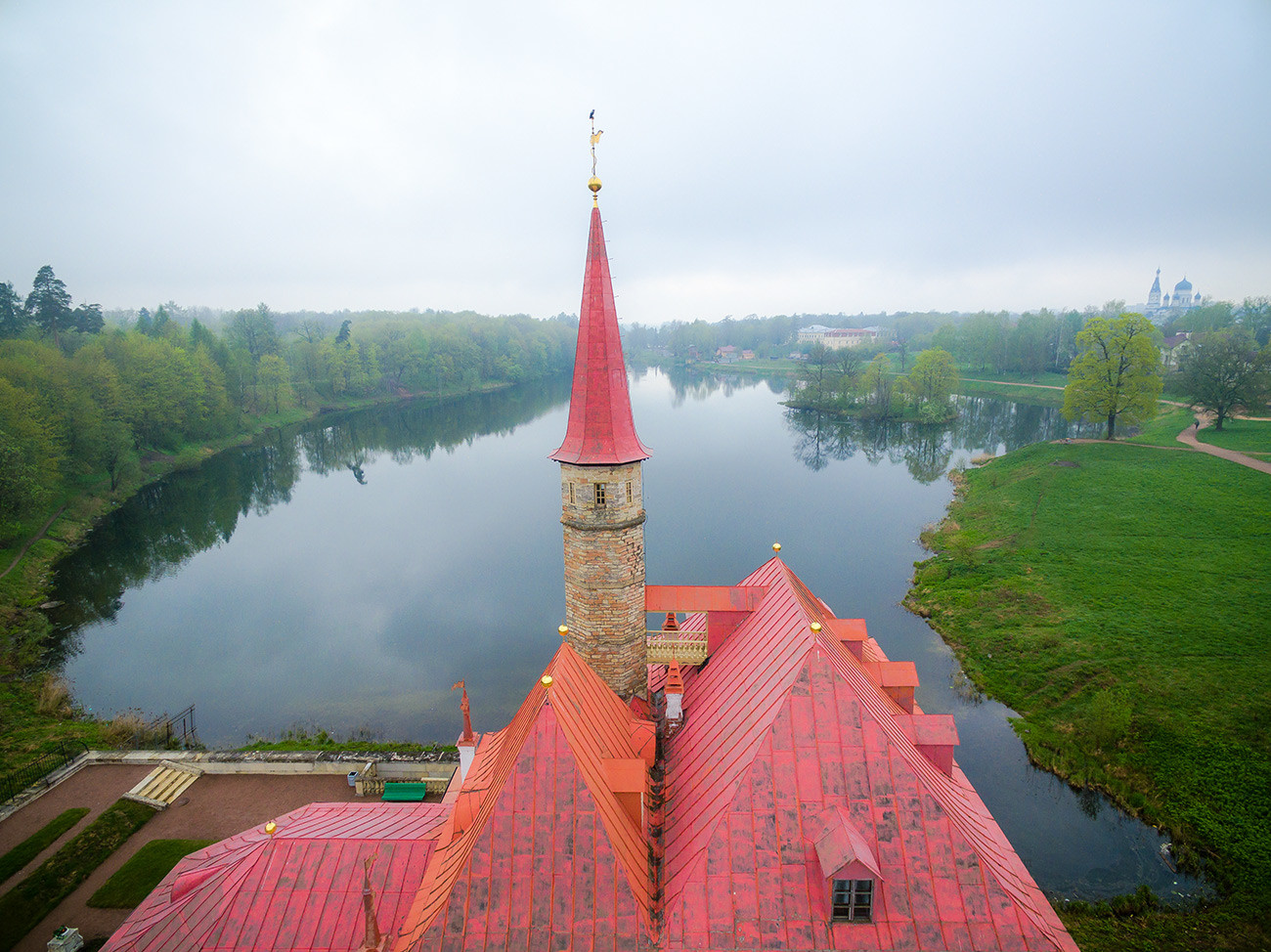 During the First World War, there was a military hospital here, and during the Second World War, the Nazis tried to blow the palace up. However, Lvov's construction technique turned out to be of such high quality that the palace walls withstood the explosion, which had only partially damaged the roof. The palace only underwent restoration in the 1980s. 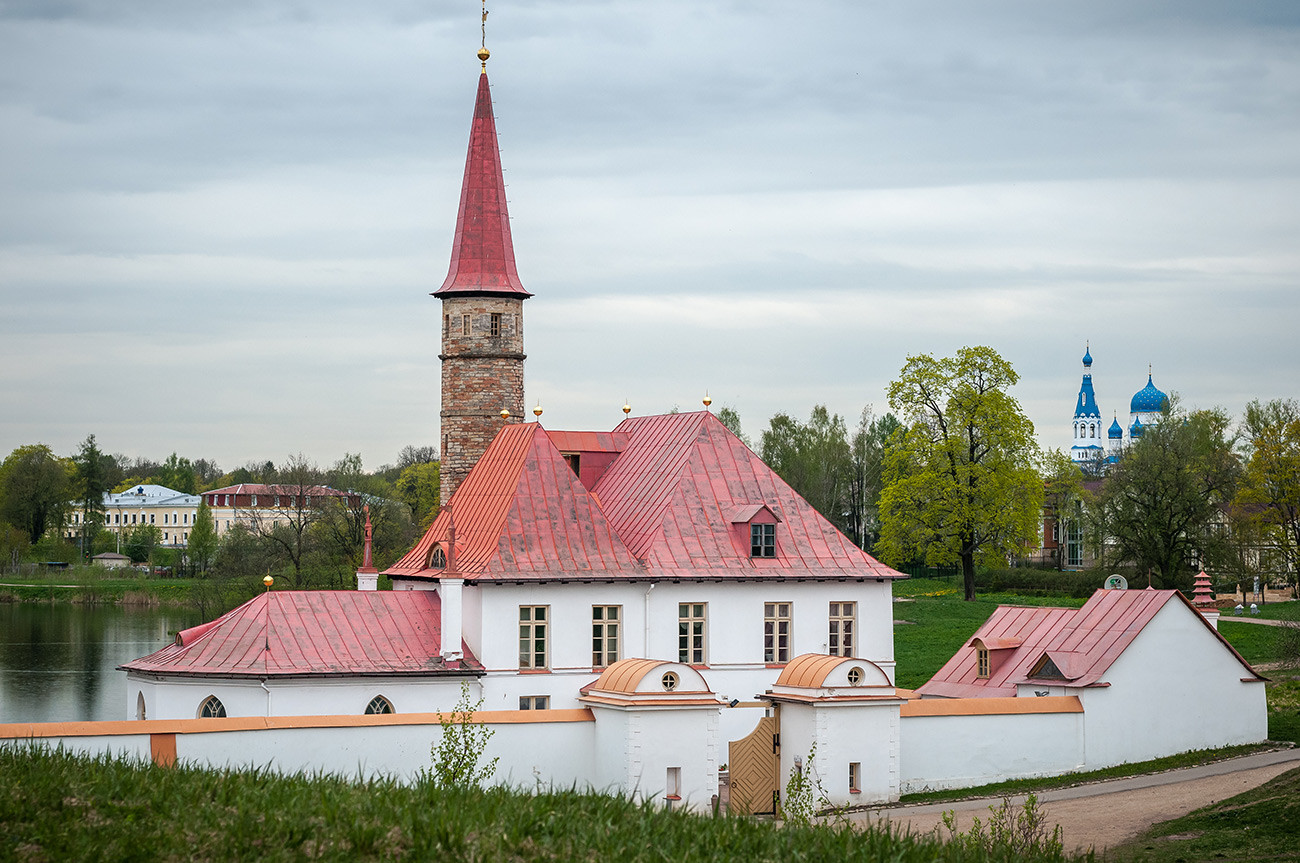 The Priory Palace and the park around it have always appealed to artists. There are numerous landscapes, drawings and engravings depicting this place. The Tretyakov Gallery has a landscape by Andrei Martynov with the lake in the foreground and the palace in the background. 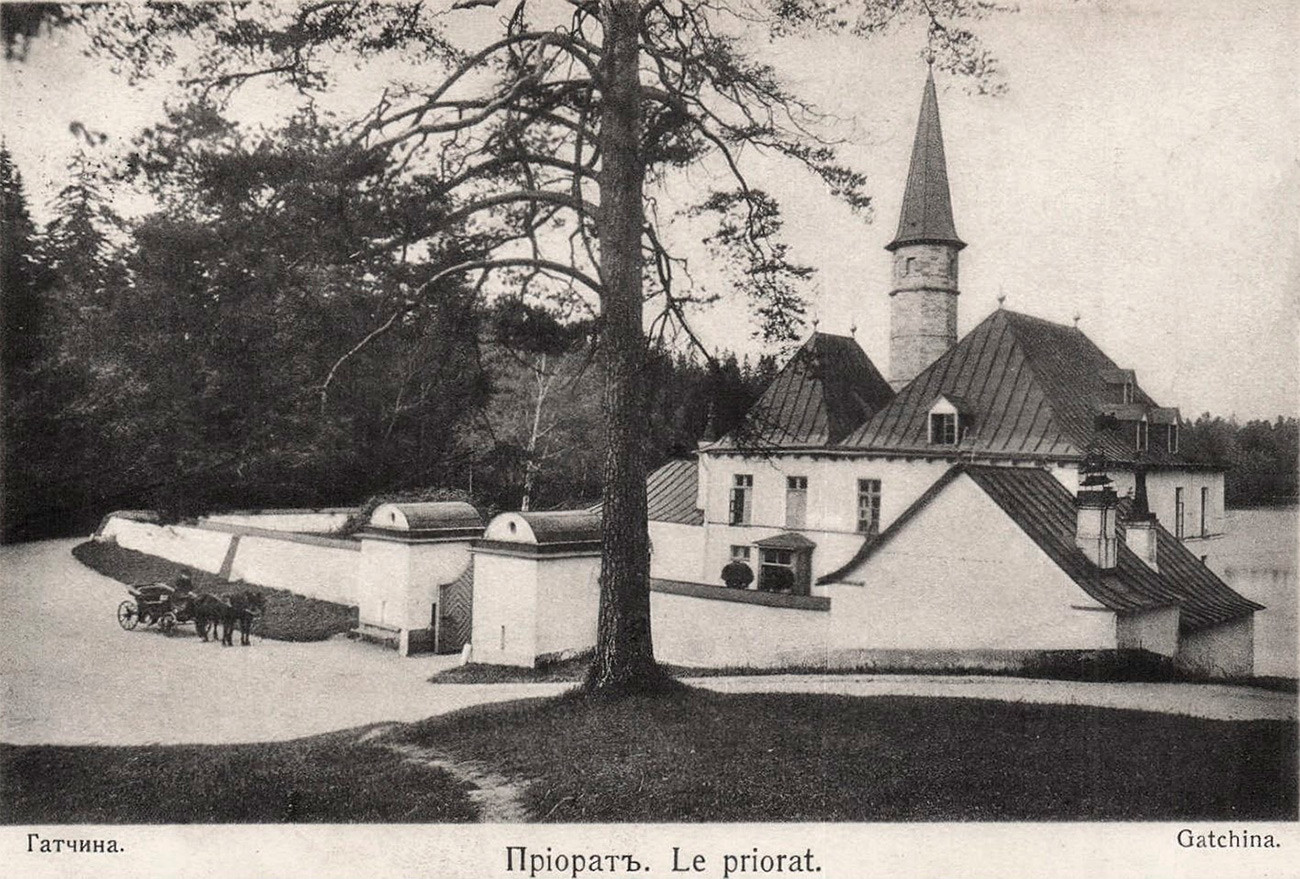 Depictions of the palace can also be found in the papers of Taras Shevchenko and Vasily Zhukovsky. In the 20th century, the Priory Palace and the park inspired the symbolist and Mir Iskusstva (World of Art) artists Nikolai Lansere, Mstislav Dobuzhinsky and Alexandre Benois. 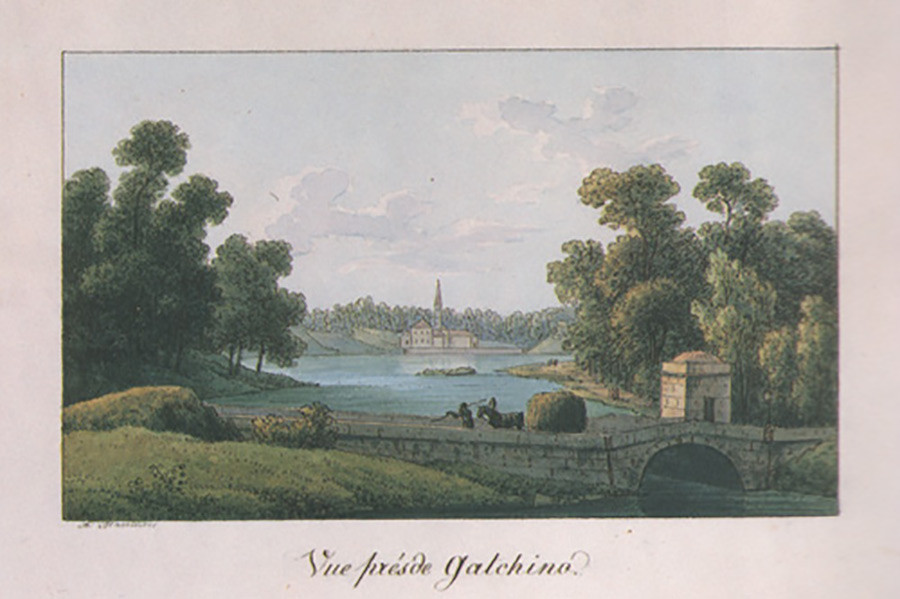 The Priory Palace received the status of a museum only in 2002. Since 2004, it has been hosting exhibitions. The palace chapel has excellent acoustics and is used as a concert hall. When the palace was opened to visitors, a modern-day legend was born: they say that on the opening day, one of its 18th century clocks, which had stopped in the years of desolation, started ticking again. 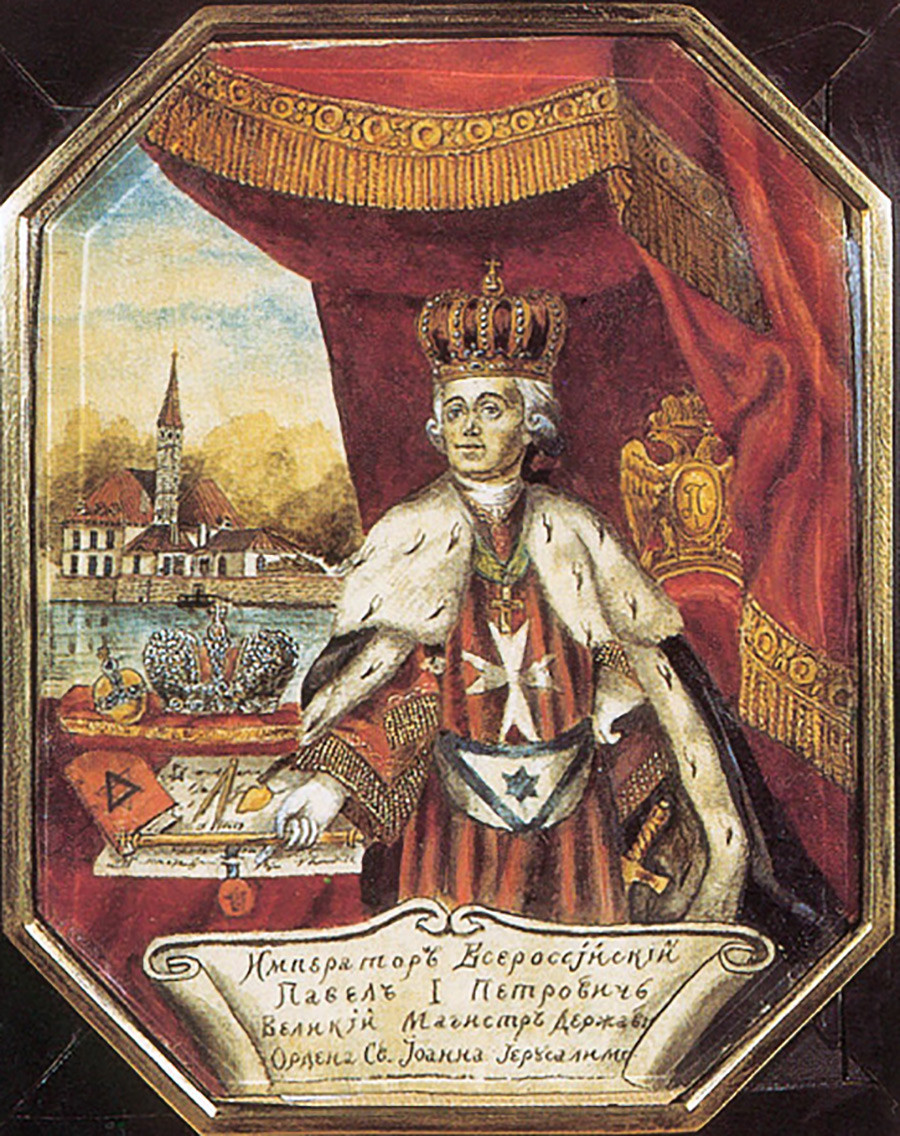 Paul I with Masonic symbols. Palace on the background