Horrors and joys of third-class train travel in Russia 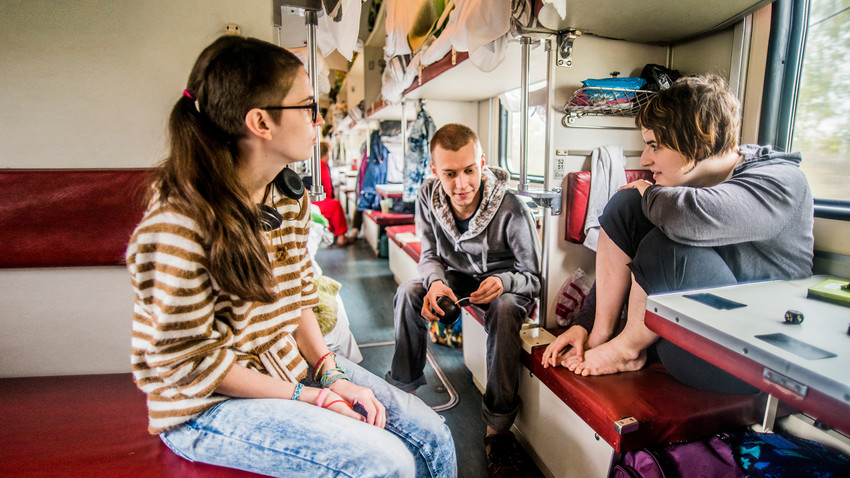 Getty Images
To fathom the enigmatic Russian soul or at least to come a bit closer to understanding it, you simply must make a journey on a “sleeper” overnight train, best of all in a platzkart seat.

In 2018, the Russian public was shocked to hear the news that trains in Russia may soon stop offering third-class, reserved seat ticket couchette cars, known as platzkart. In reality, this proposal turned out to be far from an immediate decision: the country's railroad monopoly, Russian Railways, plans to stop commissioning new platzkart rail cars starting from 2025. This does not, however, mean that the existing fleet of platzkart train wagons cannot be used for several more decades. 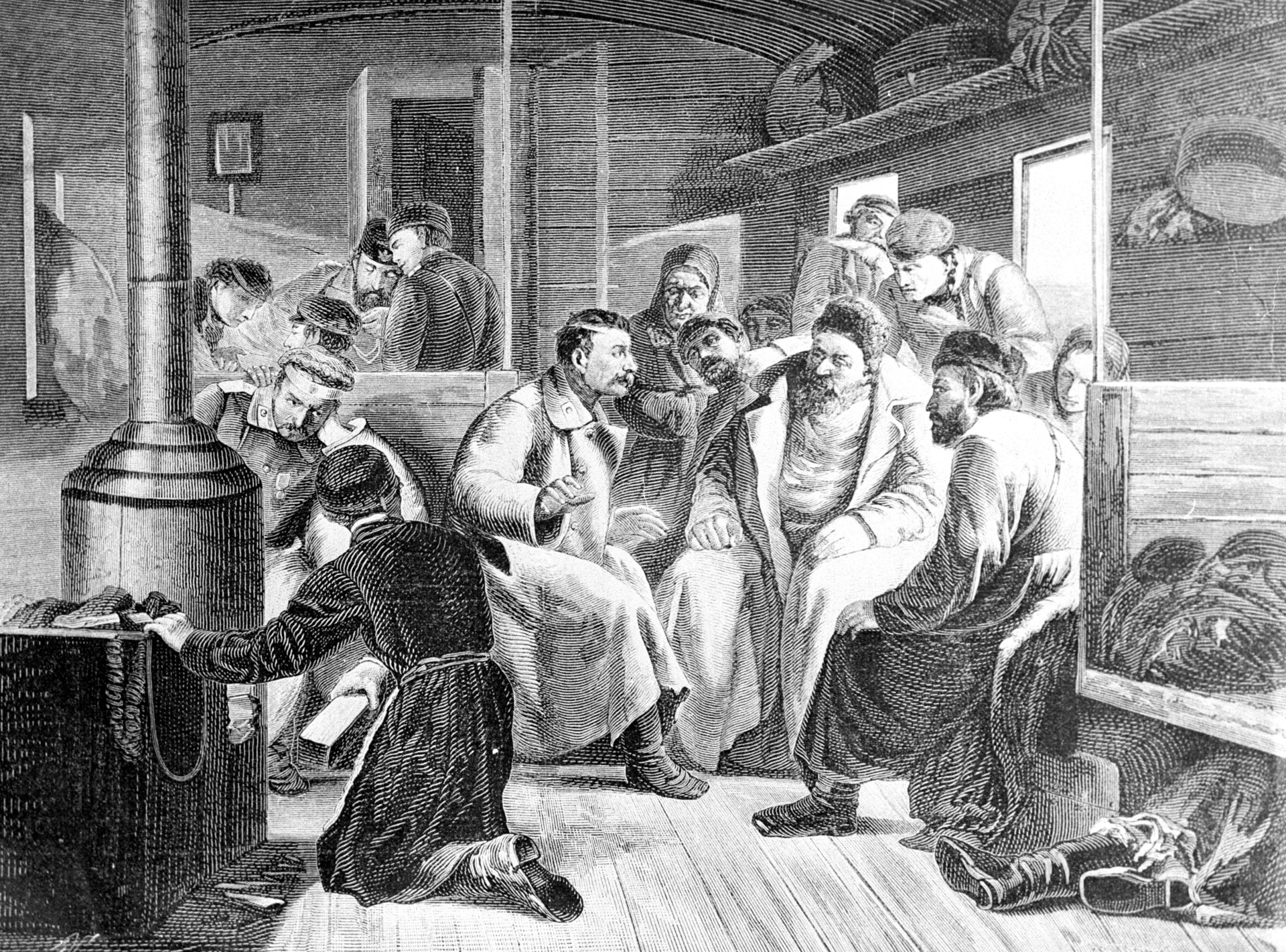 Platzkart rail cars first appeared in tsarist Russia. Their predecessors were shared carriages where seats were not allocated. The term platzkart comes from the German platz, which means a seat and kart, which means ticket. It meant a seat assigned to a passenger in a train car, payable in addition to the cost of the ticket.

At the time, only affluent people could afford tickets to 2nd-class sleeper cars, while tickets to 3rd-class platzkart cars were relatively cheap. Instead of enclosed compartments for four passengers each, platzkart cars have four couchettes in each open compartment, plus more foldable berths along the aisle.

Until the 1960s, the couchettes were made of wood, that is why platzkart cars were also known as hard cars. In the mid-1960s, softer upholstery began to be used. Incidentally, these days passengers travelling in platzkart cars can have additional mattresses (as well as bed linen for an additional fee).

Platzkart cars underwent several transformations, with the size, form and number of couchettes. They used to be manufactured by the Leningrad Vagonmash plant (which also made the first rail cars for the Moscow and St. Petersburg metros) and the Tver Carriage Works. 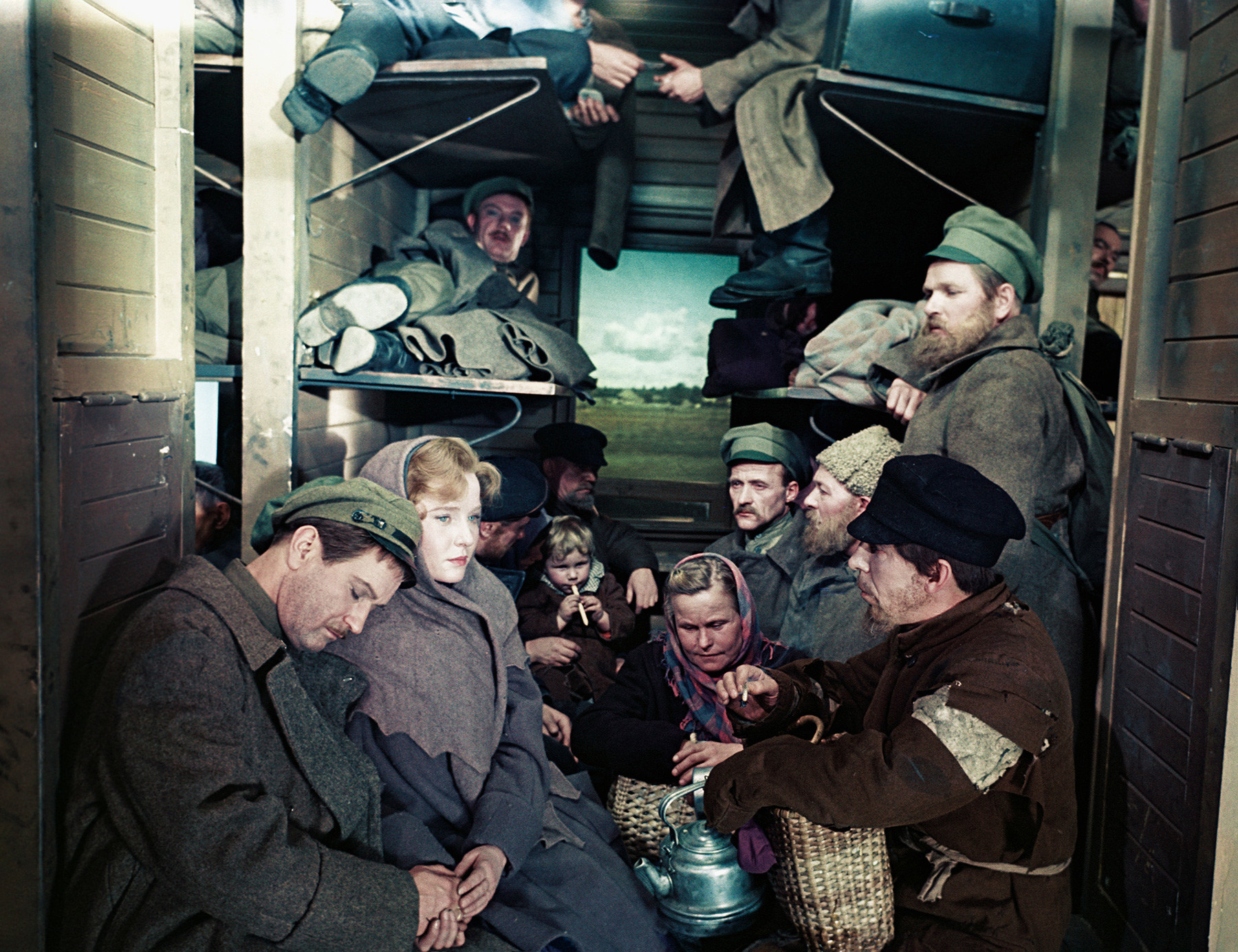 “My train was arriving at 8 in the morning, and I thought I would get just enough sleep, helped by the soothing sound of the wheels. However, at 6 o’clock all the lights in the car switched on, and the train attendant was walking up and down the aisle, shouting: “All rise!” and “Hand in your linen!” I thought of ignoring her, but then I remembered that an hour and a half before arrival, the ‘sanitary zone’ begins and all the toilets would be closed,” recalls Maria, 50, of her trip from St. Petersburg to Moscow in 2009.

Indeed, the “sanitary zone” was considered by most as the most unpleasant element of train journeys in Russia. Toilets and washbasins are closed not only shortly before arrival at the final destination, but also before entering large cities, so as not to soil the rails and create unpleasant odors.

Most trains are now equipped with chemical toilets and the “sanitary zones” are a thing of the past, but the memories live on!

“I'll never forget the nightmare of that platzkart car... Walking along the aisle at night to reach your place was like an obstacle course – all those feet... and socks... some torn, some smelly... Besides, there was always someone snoring loud enough for the whole car to hear,” remembers Elena, 42, who is very pleased that there are now relatively cheap air tickets available and that in order to get to the sea in summer one no longer has to spend two days and two nights on a train from St. Petersburg to Sochi! 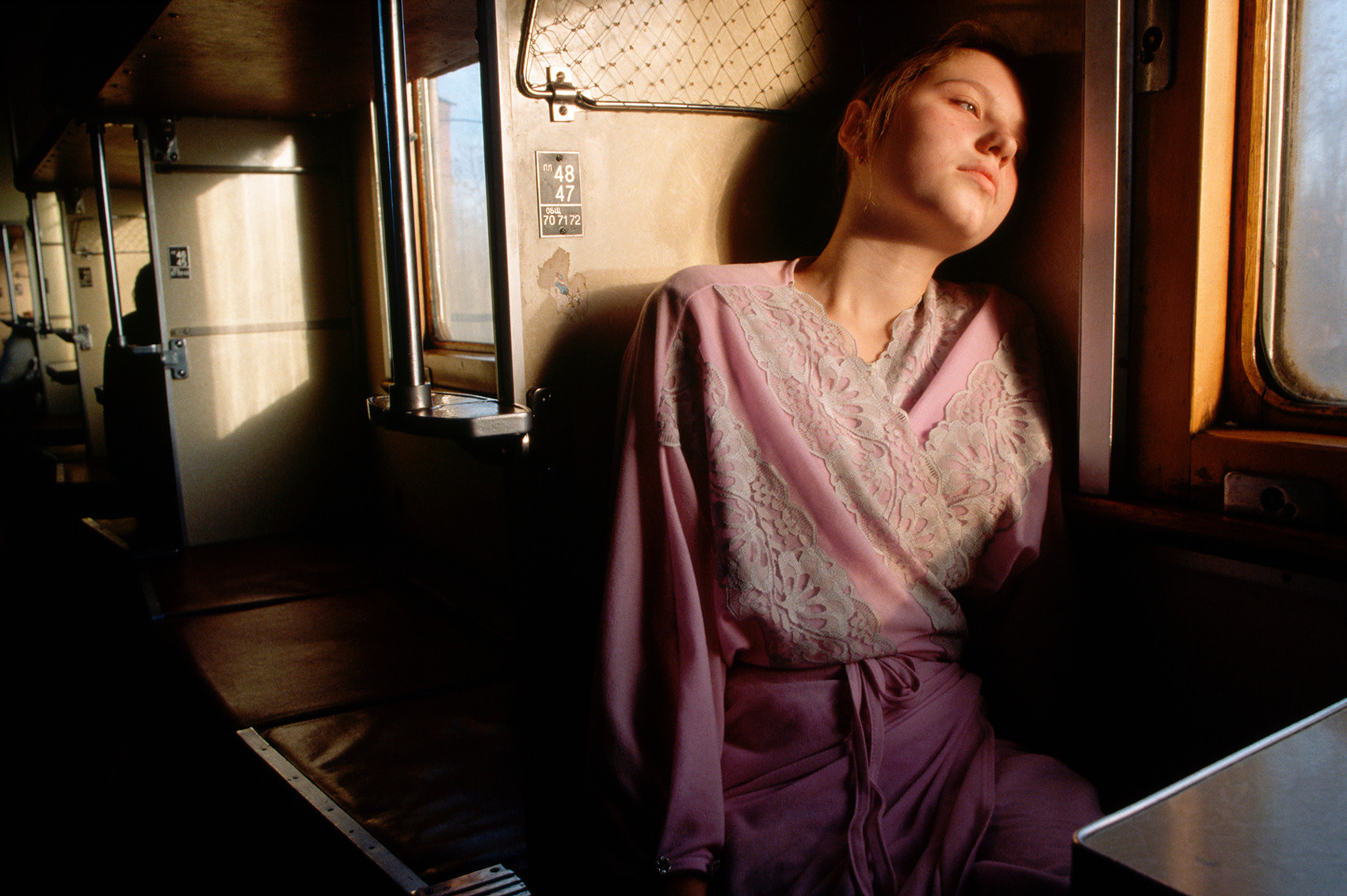 “We would often go on school trips [15-20 years ago] in platzkart cars. Back then, it all seemed very quick - just a night, and you were already in St. Petersburg, Veliky Novgorod or Pskov; 12 hours, and you were in Kiev. Air travel seemed an incredible luxury,” says Yevgeni, 30, from Moscow.

In addition to reasonable prices, the main advantage of a platzkart car is its openness. If you are traveling alone, it may be safer to be in an open-plan car rather than in an enclosed compartment, where you may end up with most unpredictable companions.

Also, if you are traveling in a large group, especially with children, then a platzkart car was most often the best option for you. You would have everybody in sight! Although, in that case, your fellow travelers may not be too happy to have a large party in their car. Incidentally, at night, everyone must be quiet. There is always a police detail on board every train, and you can be fined for disturbing public order, and in the worst case, taken off the train at the next station.

Previously, many trains had problems with ventilation and the only way to deal with stuffiness was to open the window, which immediately, created draughts for those sleeping on the top bunk. The least fortunate passengers were those who had couchettes next to an emergency exit: windows there did not open. But experienced travelers already knew that compartments 3 and 6 should be avoided. Fortunately, these days most trains have air conditioning.

Generally speaking, a platzkart car is a place where you can meet most unexpected people and hear most incredible life stories. Russians love to open up to random fellow travellers, whom they will never see again. 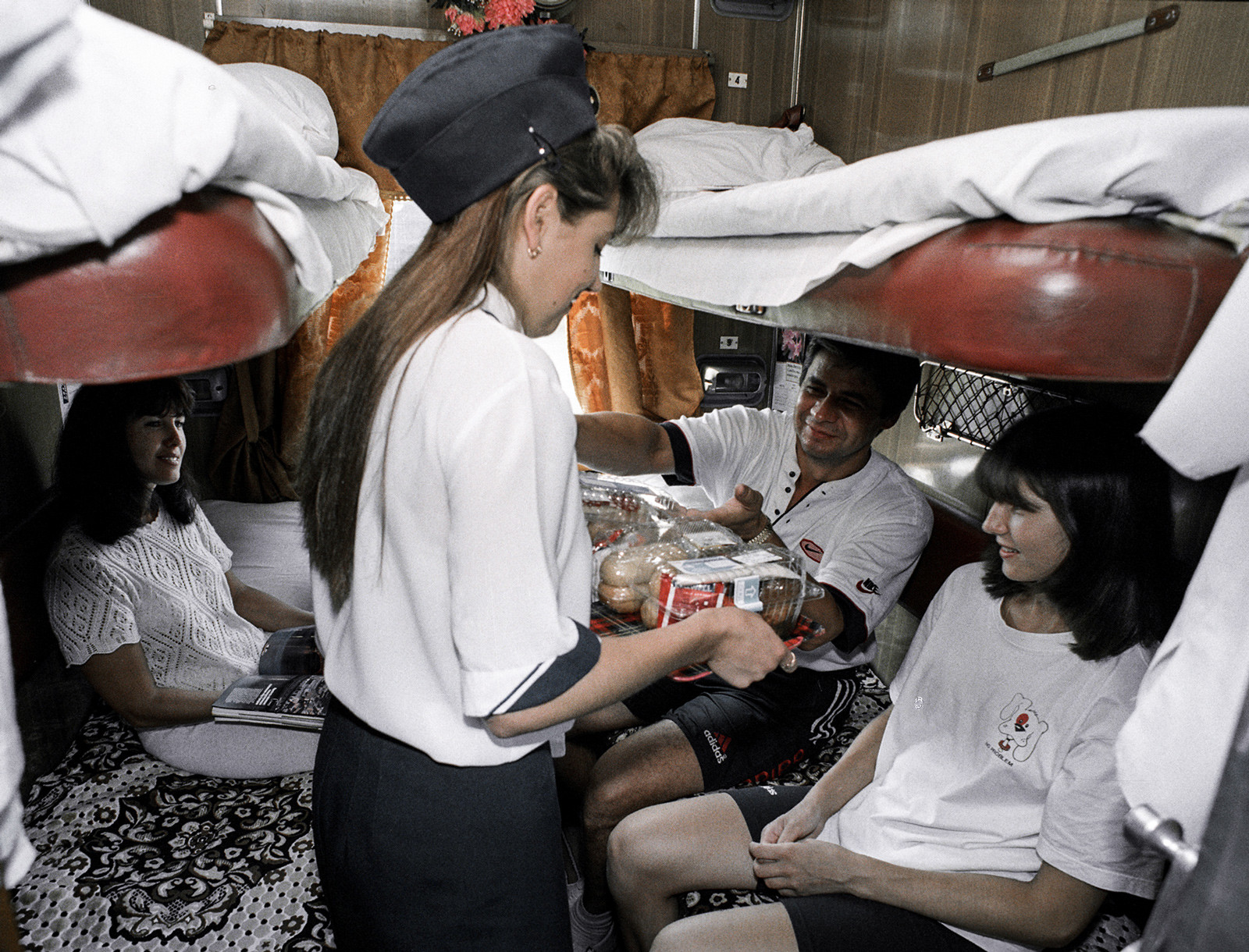 “When I was a student, I traveled all over Russia by train - I just went to wherever Spartak football club was playing! Since we had no money, my friend and I often pulled this trick: we pretended that we were seeing somebody off, entered the carriage before departure and hid inside: he on the luggage rack, and I under the bottom bunk. Most often, passengers simply laughed at us and didn’t mind. We got out of our hiding places once the train attendant had checked all the tickets. We were caught only once and had to pay the train attendant to keep quiet!" confesses Konstantin, 41.

These days, this trick would not work anymore: the luggage compartment under the bottom bunk is now divided by a partition, so only a child could fit inside it.

As for the luggage rack, things are less straightforward. Sometimes you may wake up in the middle of the night and see a skinny figure sleeping up there, in the narrow luggage rack, without any mattress or bedding. Instances like this are rare now, but sometimes if soldiers needed to be quickly moved from one duty station to another and the only train that went there was packed, conscripts would be placed in the luggage racks for the journey.

An entertainment in its own right and the stuff of legends is to travel on a train that carries demobilized soldiers back home. Now, conscripts in Russia serve for one year and there is, perhaps, no longer ground for such excesses, but previously, after spending two years in the barracks and under the stern look of a senior officer, demob servicemen would always mark their newly found freedom with reckless drinking, screaming, fighting and bullying fellow passengers.

Life hacks for travelling in a platzkart car: 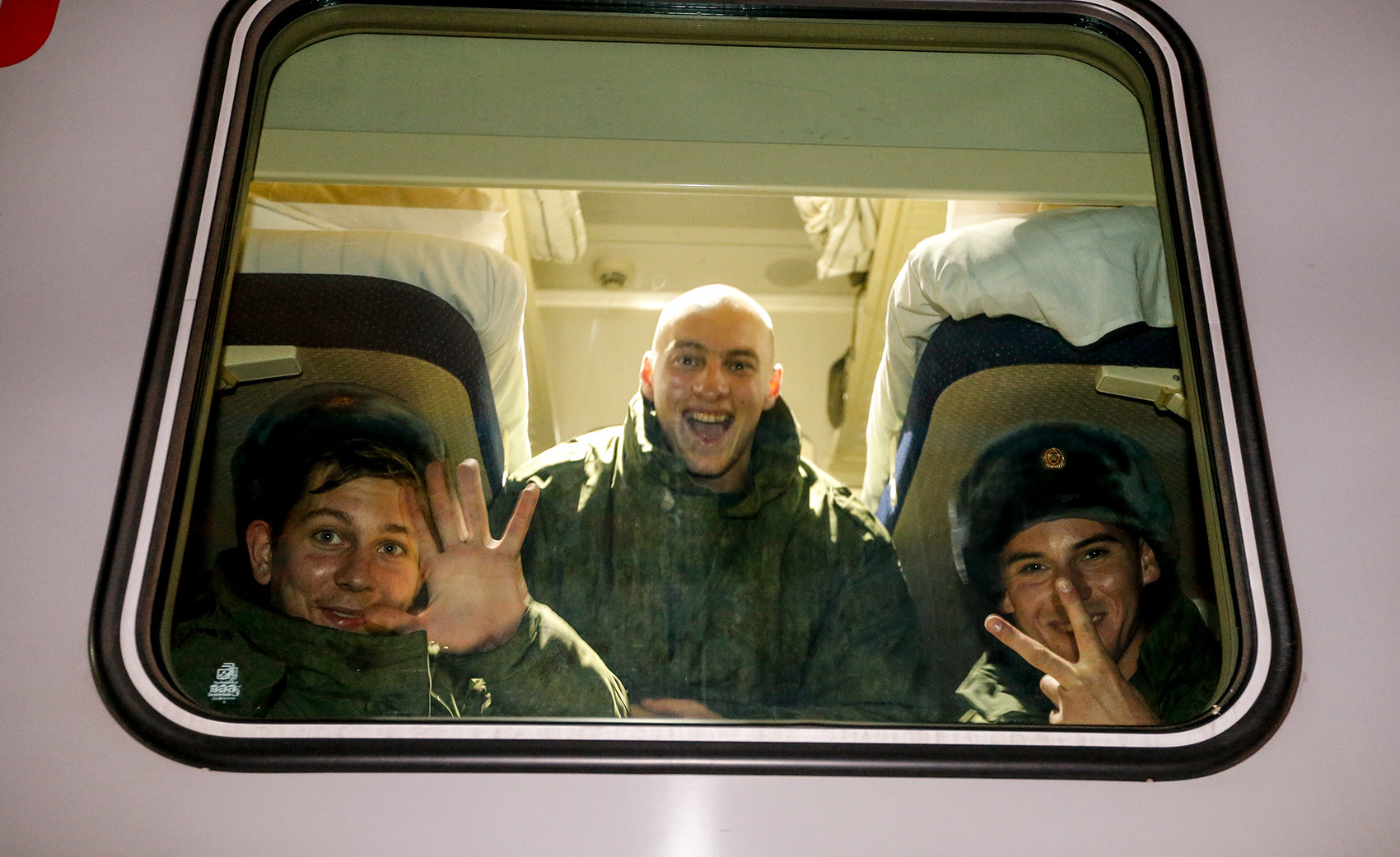 - Take a change of clothes. You will find that climbing to the top bunk is much easier in comfortable sweatpants.

- Take water, snacks or instant noodles (eating in the restaurant car is expensive, time-consuming and there is no guarantee that you will get a filling meal).

- Do not buy food at the stations: you never know how fresh and safe it is.

- The train attendant can serve you tea: it will not be expensive and will be brought in a beautiful faceted glass in a traditional Russian tea glass holder.

- If the journey is long, take a book, board games, cards, or crosswords to while away the time.

- Avoid drinking alcohol with random fellow travellers: you never know what quality of drinks you are being offered.

- Watch your personal belongings. When you are sleep, they can be hidden in the luggage rack, and when you leave your bunk, even to just stretch your legs, it is better to take everything of value with you.

- Be polite to the train attendant: they are the ones who the comfort of your journey largely depends on!