Mysterious BLINDSPOTS Google & Yandex ‘ban’ you from seeing in Russia

Travel
Russia Beyond
Yandex.Maps;Matt Groening/FOX;Christopher Nolan/Warner Bros.,2010
Google and Yandex openly hide these areas from their maps. So, is there anything sinister behind this?

Google Maps lets us explore any place on Earth from the comfort of our homes. Almost any…

A number of places of various sizes and shapes have been removed, blurred, or altered by the service. These mysterious white and black spots are the last to dodge the omnipresent eye of high technology. Area 51 and North Korea are a few of such places banned from Google Maps. Russia, naturally, has its own “uncharted territories.”

The Giant black rectangle in Chukotka 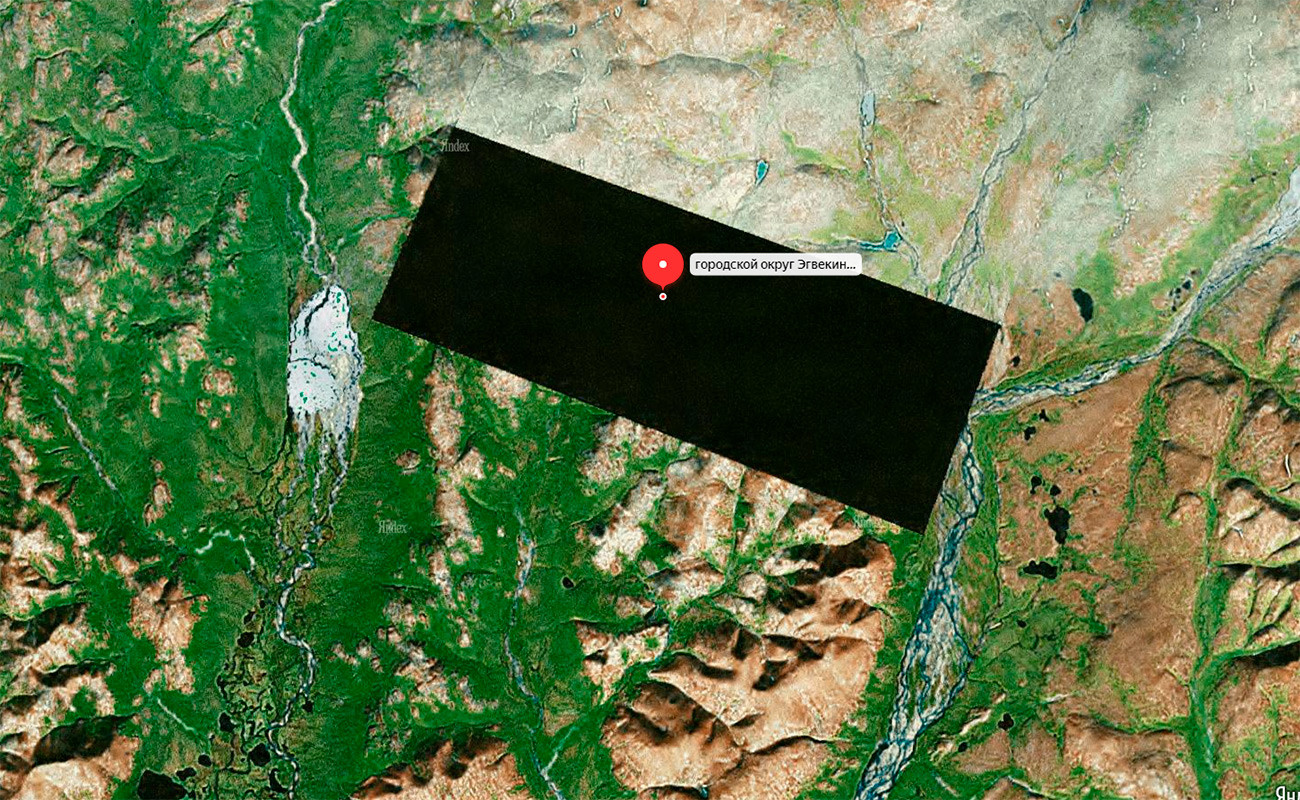 This black rectangle in the middle of the Russian wilderness might well be the biggest unknown territory on the e-maps.

The area has been completely removed from Yandex.Maps and was at one stage blurred on Google Maps, until the service “removed” the blur. Although it is not blurred out completely on Google Maps today, the quality of the image is so poor that it’s impossible to tell if the image has been altered. 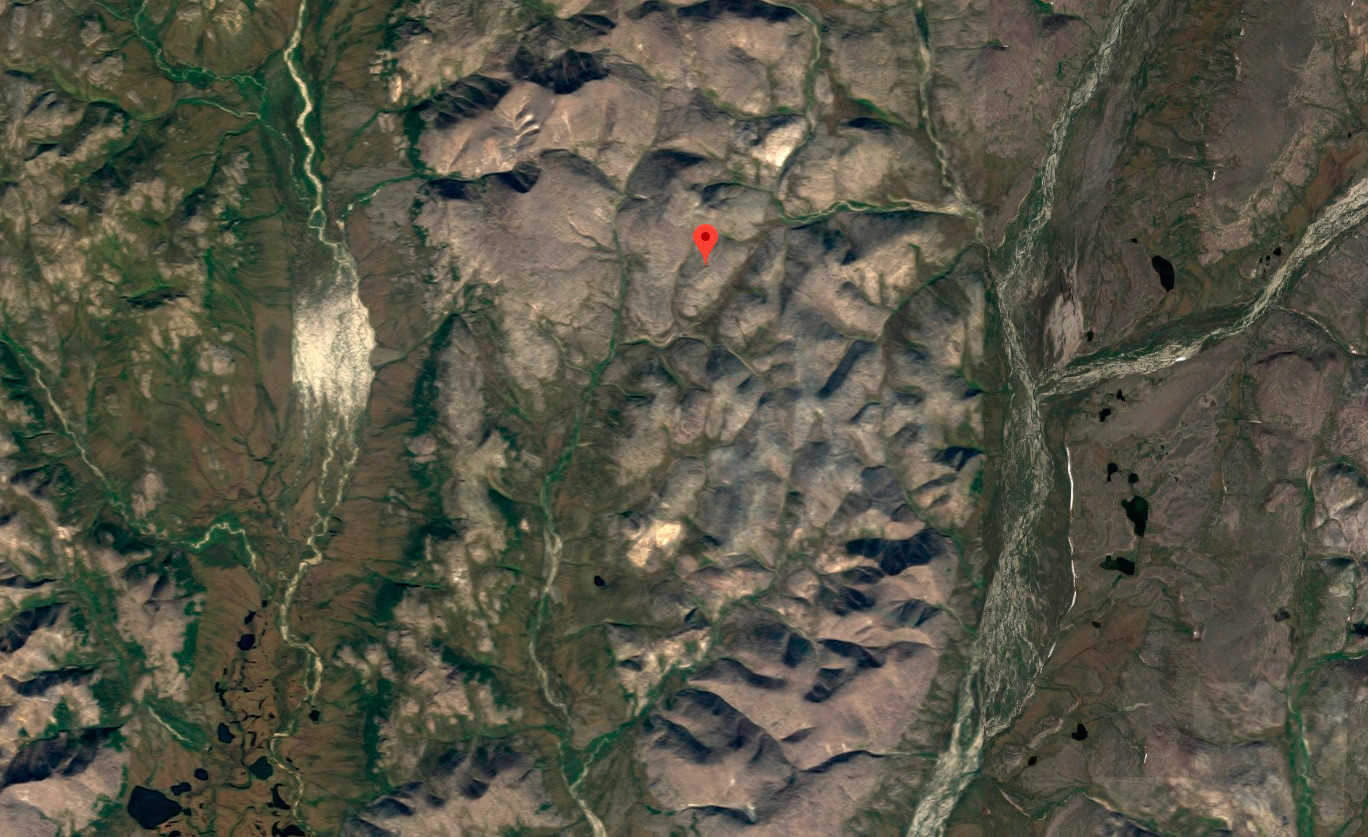 The mysterious rectangle is 4 km wide and 10 km long – an enormous black spot lost in the Russian Far East.

The secretive territory is located 50 km north-west of the Bay of Krest in the northern part of the Bering Sea.

There is no information about what could be hidden in the area. The search for answers gets really complicated, because of the remoteness of the mysterious area from inhabited villages and cities. The nearest human settlement is Egvekinot, a village of some 3,000 residents, located 75 km away, making it practically impossible to reach the secret area.

In the absence of any reliable information, internet users speculate that the area might either host an intercontinental ballistic missile site, some other secret military object, or a luxury residence of some mysterious rich and influential person. 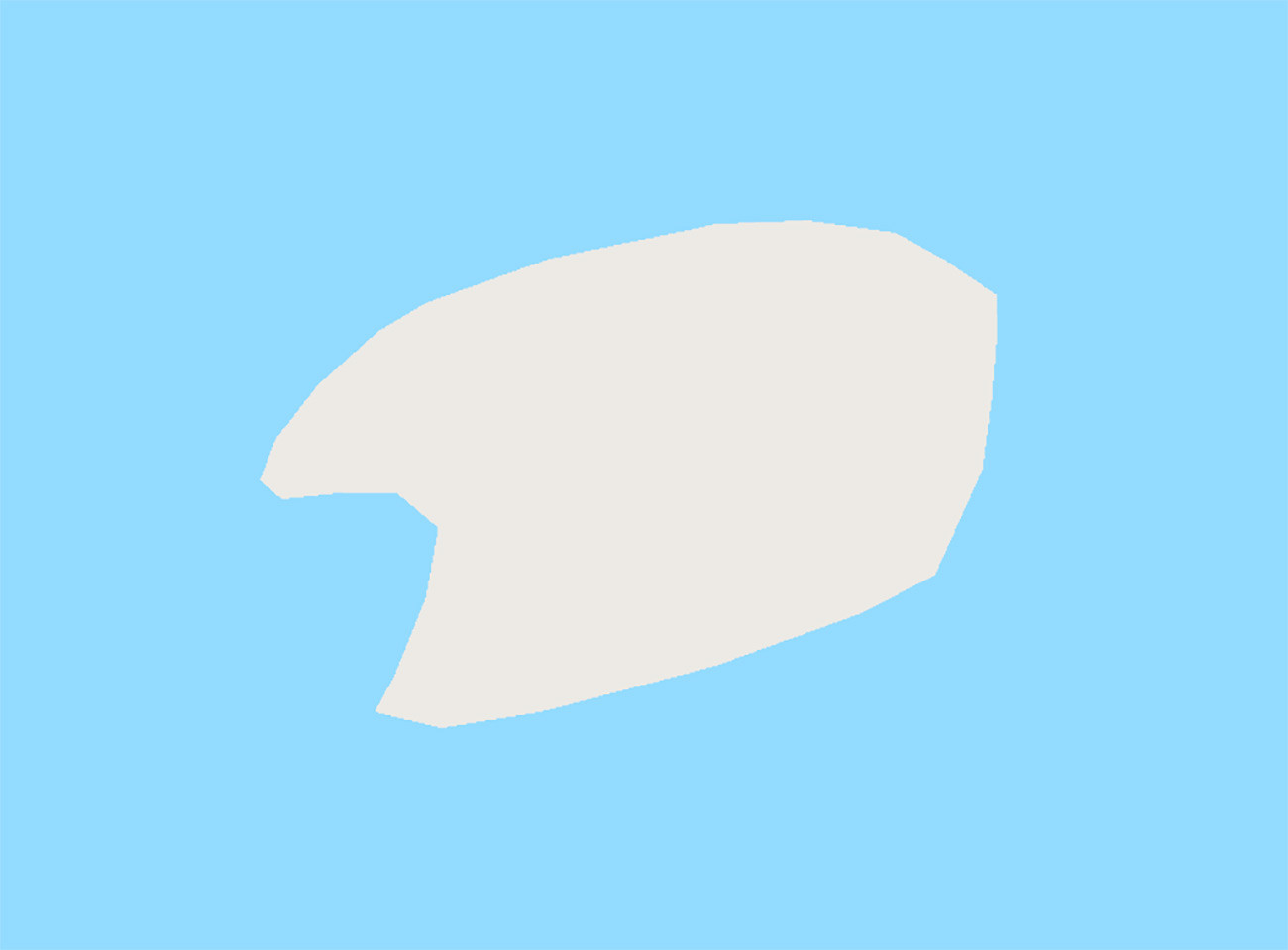 This Russian island is a remote and icy landmass of just 2 square kilometers. It’s a tiny and hostile land with an intriguing history.

The island was first discovered by an expedition led by American Navy officer and explorer, George E. De Long, in 1881. The American explorers named the island after their ship, the USS Jeanette.

Yet later, the island was announced as an integral part of the Russian Empire as a result of the Imperial Russian Arctic Hydrographic Expedition of 1910-1915. The U.S. government does not dispute this claim and recognizes the island as Russian territory.

The fact that this piece of icy land is blocked on Google Maps sparks conspiracy theories, ranging from a secret Russian military base (because of the island's proximity to the U.S. and Canada) to the island’s intricate history of discovery and affiliation. 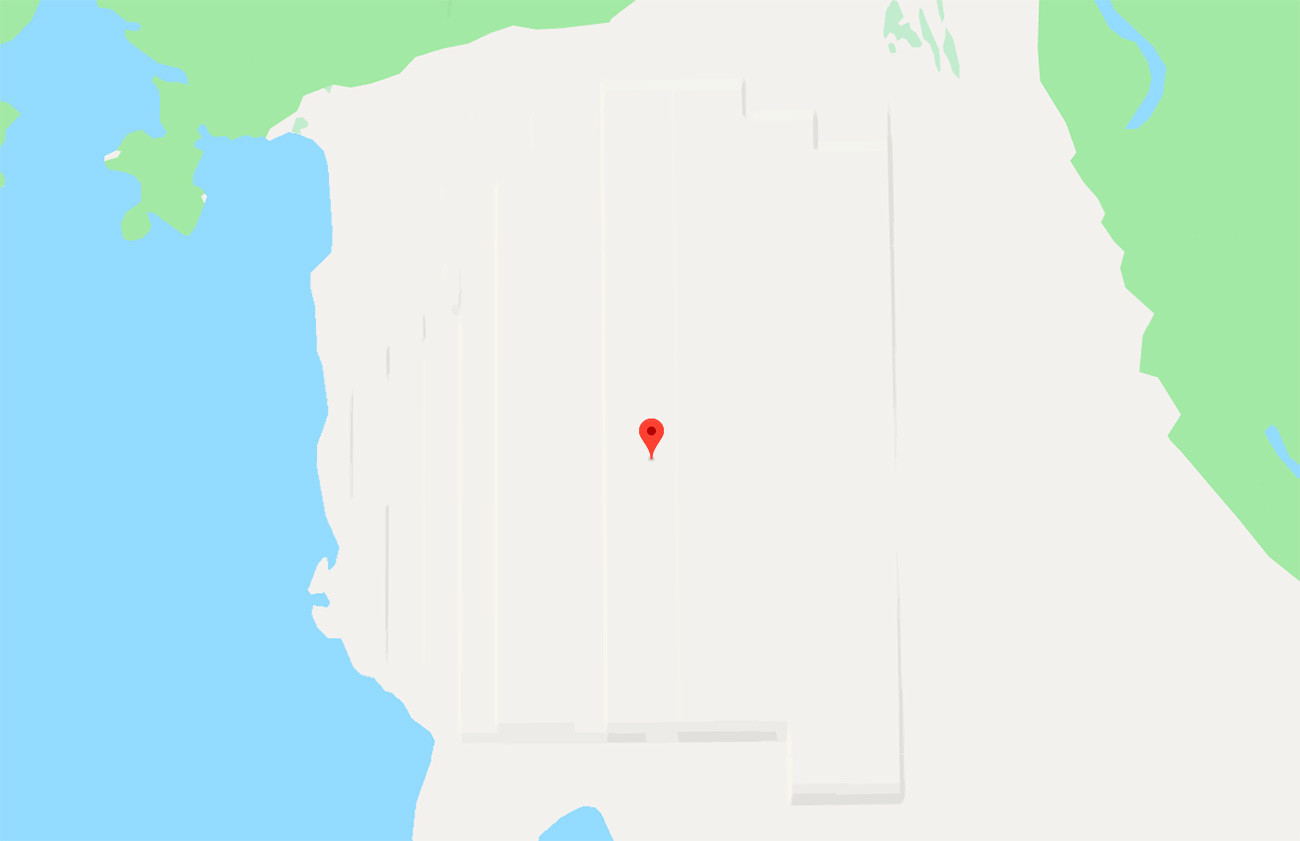 This archipelago is yet another mystery. It’s impossible to see what’s going on here as all the major islands of the archipelago have been “painted” white by Google Maps. 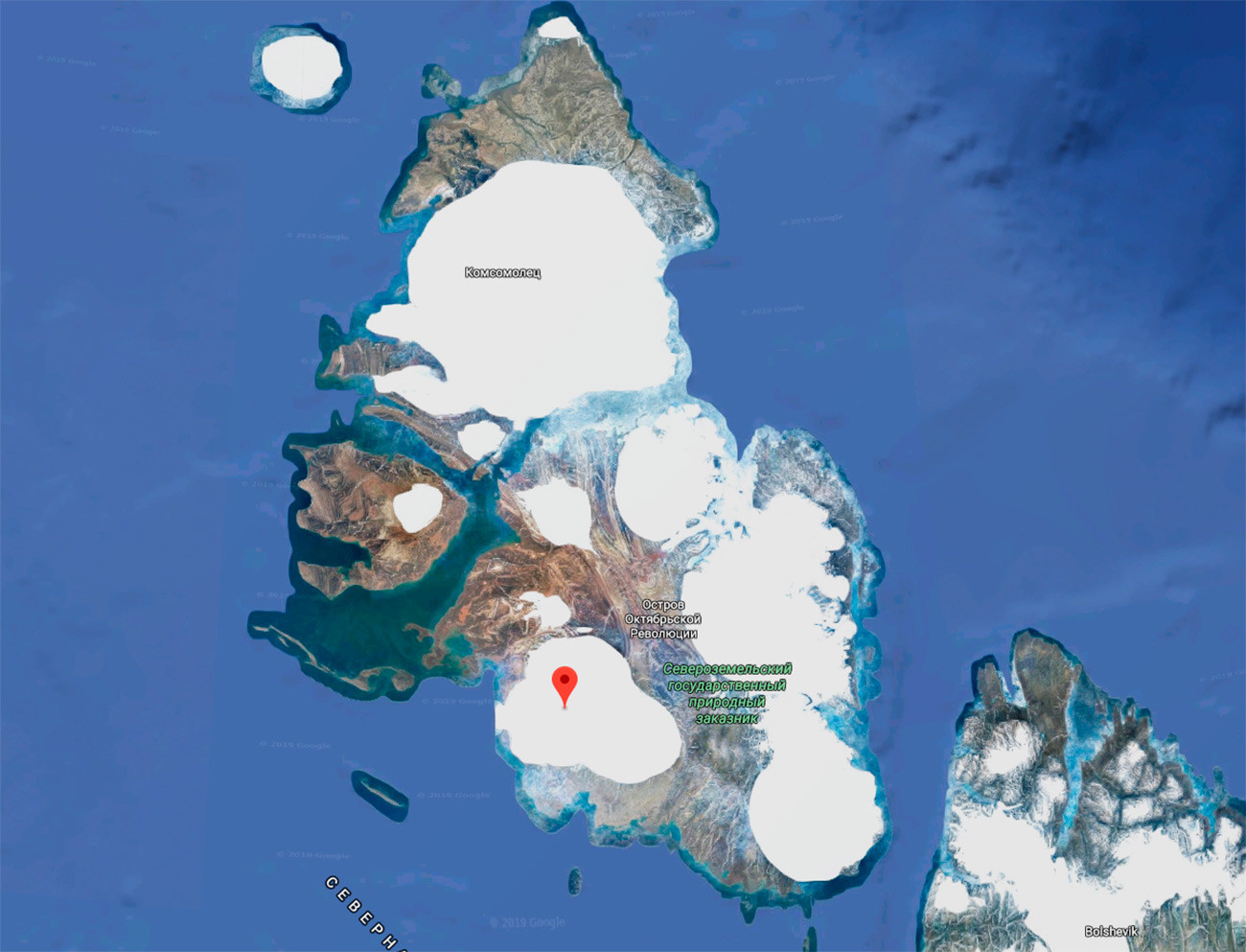 To take it even further, there are rows of giant uneven bars visible in satellite mode and cover parts of the October Revolution Island. Naturally, this has also triggered plenty of conspiracy theories. 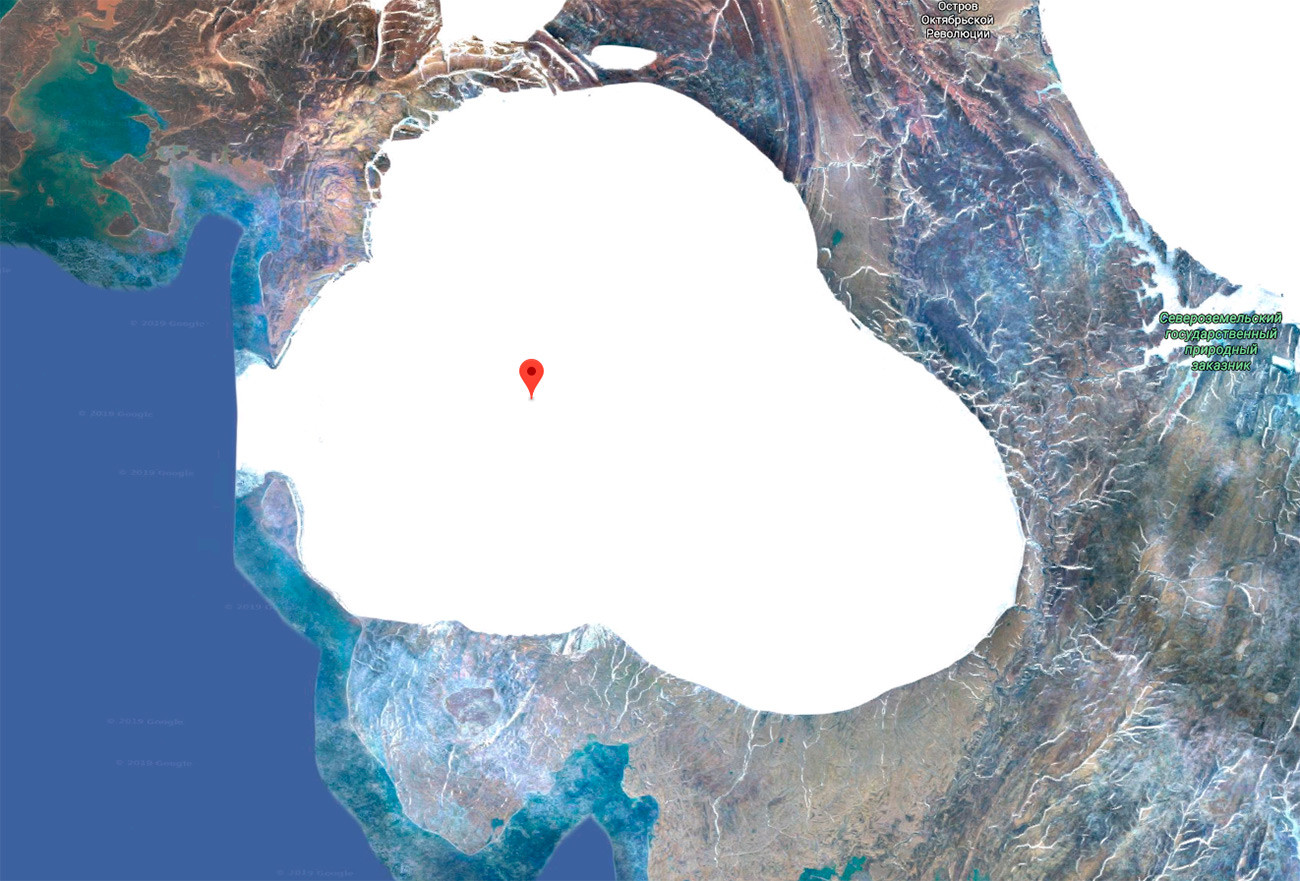 Its size is impressive: at 37 km long and 30 km wide, the hidden part of the island presents quite a mystery. Its uneven shape complicates the matter even further.

In the absence of reliable theories, the Russian military remains the most often cited culprit.

Click here to learn about 3 paranormal sites in Russia that even locals are afraid of.