Beyond the Dyatlov mystery: 2 other creepy tragedies in the Russian mountains 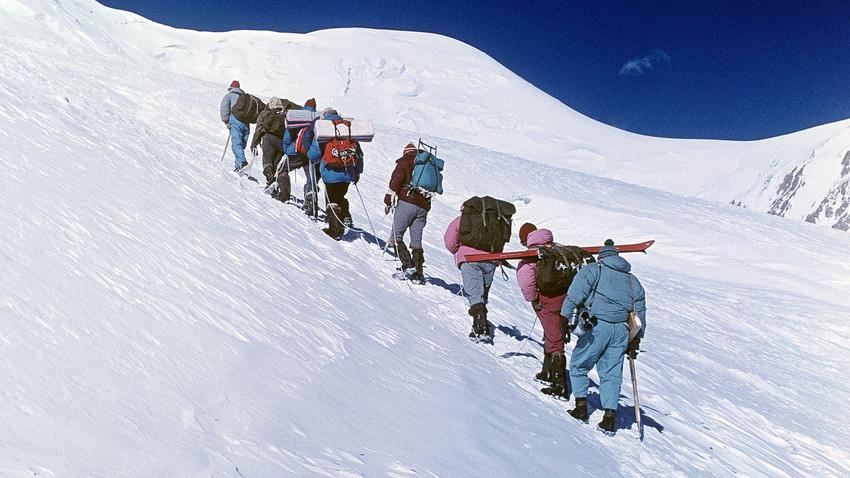 Mountains can be very dangerous, even for experienced travelers.

The 60-year-old mystery of the deaths of Igor Dyatlov and his group of mountain explorers will, evidently, never reach a conclusion: the haphazard escape from the tent on a cold winter night with barely any clothes on; the signs of severe physical trauma; the radiation poisoning discovered on the bodies – dozens of theories were proposed to explain what had happened. They include mass psychosis, a KGB coverup – even aliens have been thrown in for good measure.

Russia Beyond has already written on the topic (twice, here and here). However, the Dyatlov Pass Incident is not the only case involving professional climbers dying under mysterious circumstances. Not as broadly covered, they still send shivers down people’s spines, leaving behind a ton of questions.

1. The death of the Korovina group 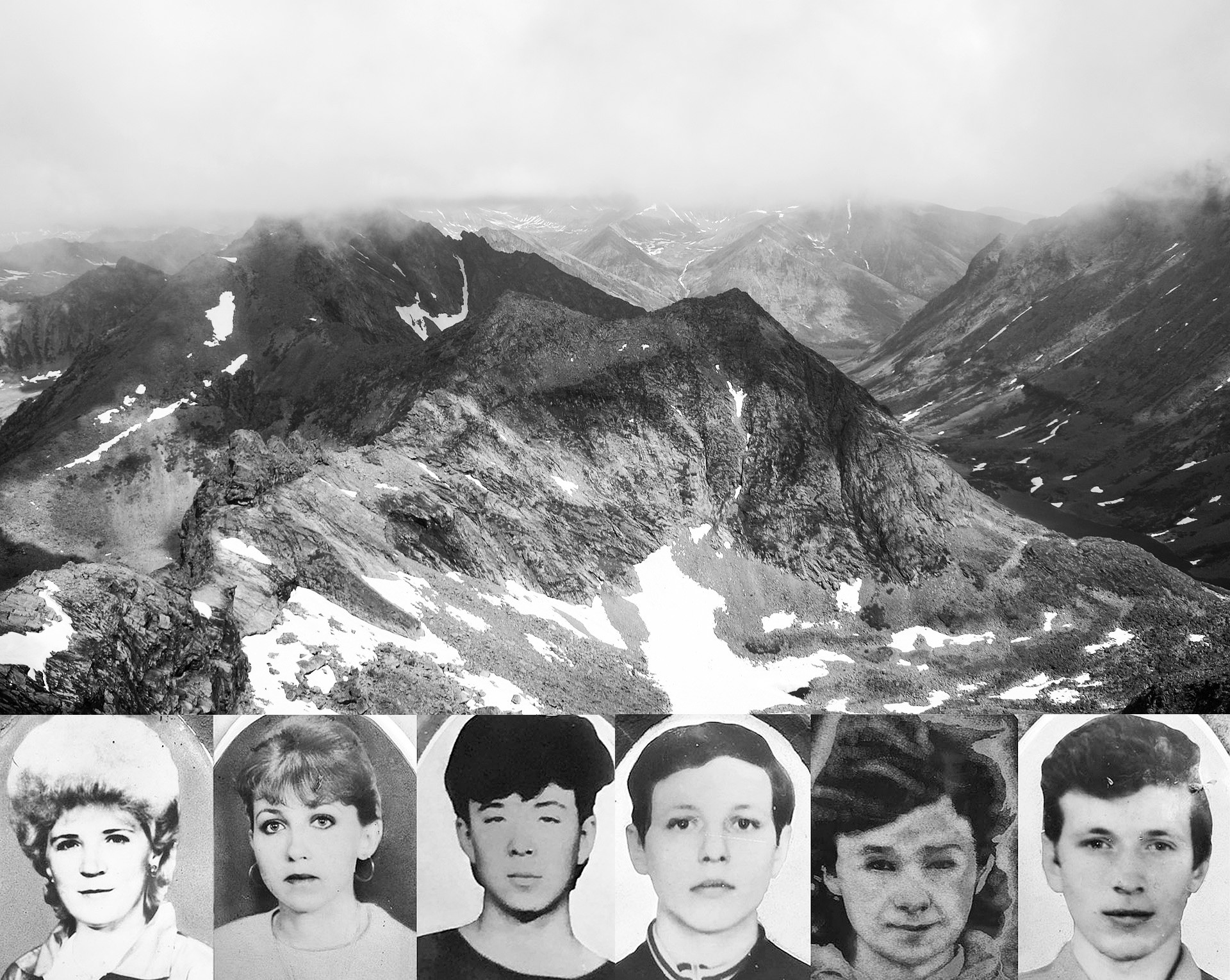 Photos of the Korovina group members combined with the picture of Chamar-Daban.

To freeze to death in August is a most unenviable outcome. The fate befell a group of tourists from Kazakhstan, led by professional climber Lyudmila Korovina. Once they made it to Buryatia, the group set out on a journey across the Chamar-Daban mountain range on 2 August. The weather wasn’t on their side: it was pouring down cold rain and snow. Nevertheless, the group continued on their route relatively safely until 5 August.

Six out of seven in their group did not survive. The only survivor, Valentina Utochenko, 17, later wrote in a statement how, during the difficult descent, carried out in near zero visibility, one of the members of the group was struck down hard, foaming at the mouth and bleeding from the ears. The rest of the group shortly developed the same symptoms.

The six members who died had done so almost simultaneously, after rolling around on the ground, tearing their clothes off and clutching their throats. The young woman was left alone. Nearly unconscious, she navigated the power lines until she reached the river at the bottom, where she was rescued by a group of kayaking tourists.

The autopsies revealed telltale signs of hypothermia – there was bruising of the lungs, as well as protein deficiency (a symptom of under-eating). But the available information doesn’t explain everything. Why would Korovina lead the group down the bare upper arm of the ridge, when they could have just as easily taken the woodland-covered trail down? What was behind the gruesome bleeding? Or the protein deficiency – given that the group ate ? How could six people die in a matter of minutes? And finally – how did the seventh member of the group survive?

Utochenko herself chalks it up to being in great physical and prefers not to discuss the terrible incident.

2. The death of the Shatayeva group 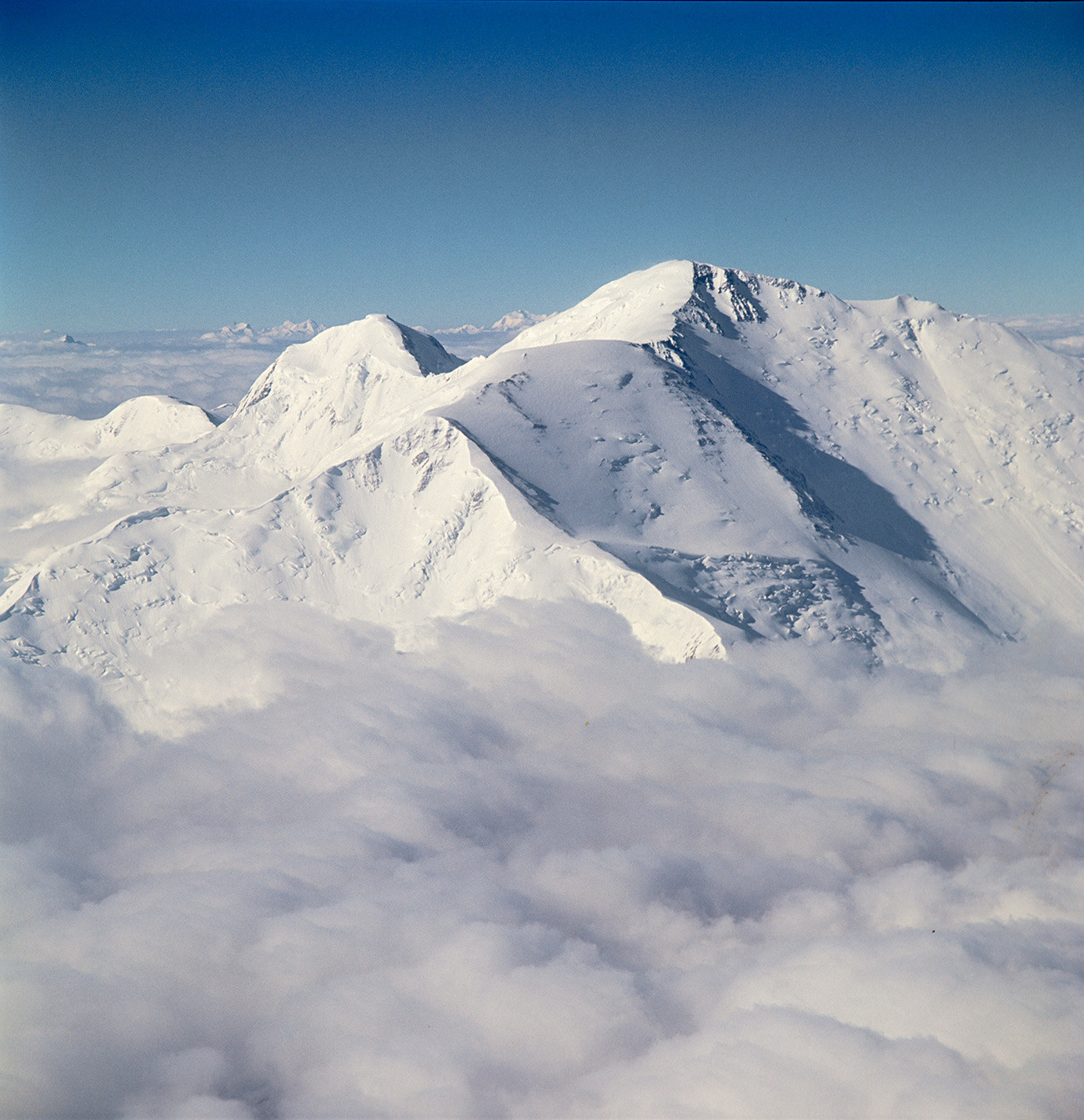 Unlike the group that perished in Buryatia, this group – led by Elvira Shatayeva – was comprised entirely of professional climbers. But the mountain they were trying to conquer was also much taller.

Shatayeva was a professional athlete - one of the most famous climbers in all of USSR. She had set an ambitious task for the group: to conquer the seven- with an all-female group – a feat that had never been attempted until then.

The group ascended on 5 August, reporting their status to base camp, who congratulated the climbers. But it was too early to celebrate.

On the trip back that same evening, the weather deteriorated considerably, forcing the group to set up camp for the night. The following day saw even worse winds, and descending further was simply too dangerous. But Shatayeva reported: “One of our members fell ill. She has been vomiting up her food the entire day.”

Erring on the side of caution, basecamp recommended that the group continue on their descent.

On 7 August, a heavy blizzard struck the slope – a much worse occurrence than on land. The snowstorm blew away all of the group’s provisions, including the tents, where two group members are said to have perished. Another in the group had died shortly before the heavy snow hit, having evidently fallen ill as well. The survivors were left with nothing and trapped by snow. There were other groups of climbers in the vicinity, who were rushing to help, but could not make it through.

The last transmission was sent by someone other than and said the following: “There are two of us left. We are all out of strength. In 15 to 20 minutes we will be no more.”

Looking on the surface, there is little mystery in this tragic case. However, journalist and climber Anatoly Ferapontov, in his book The Ascenders draws attention to certain inconsistencies that arose following of the campsite: “One of the panoramic shots contains a clearly visible rock with a tea kettle placed on it… the blizzard would have blown it away. As for the torn tents - there had been no blizzards in the area strong enough to tear up a fastened tent. It could only have been torn by a person in a state of hysteria.”

Exactly what kind of affliction might have struck the camp – or whether it had indeed caused the first death – remains a mystery. Ferapontov also quotes one of the climbers from a nearby group: “It wasn’t how it happened.”

Nothing further was uncovered from personal testimonies – and it is highly unlikely there ever will be.