Horrors of Stalin's 1930s through the eyes of 3 Americans 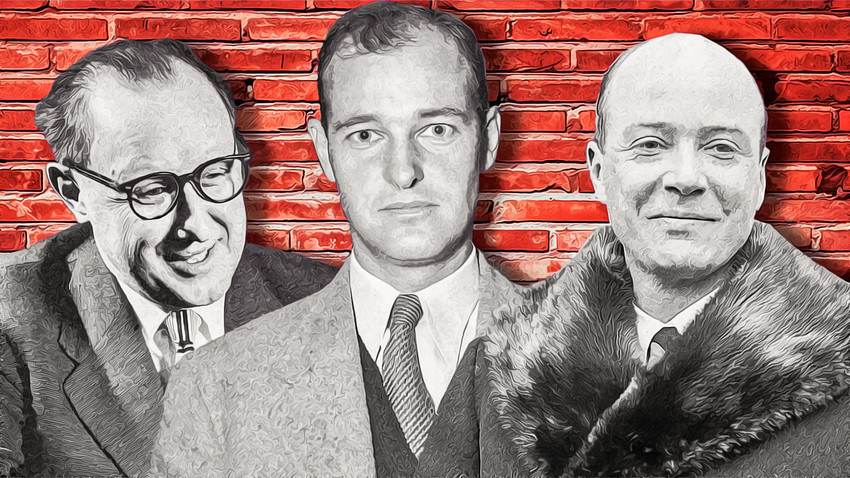 Getty Images/Pixabay
An ambassador, a factory worker, and a political scientist in the dictatorial state that was still recovering from the damage suffered during World War I, the Revolution and Civil War.

‘To have enough bread to eat seems almost a miracle’

On November 16, 1933, the U.S. established diplomatic relations with the USSR, and William C. Bullitt was the first ambassador, serving from 1933 to 1936. In April 1936, in his cable sent to the State Department, he described the new state in a dark and menacing way. 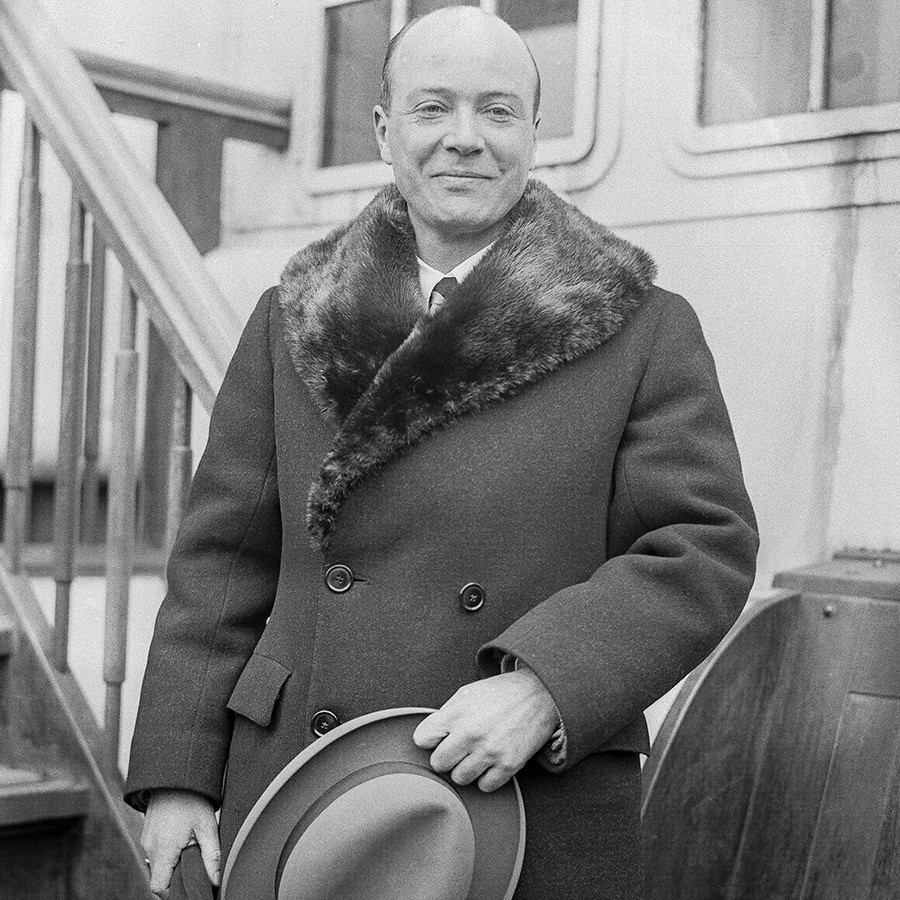 “The standard of living in the Soviet Union is extraordinarily low, lower perhaps than that of any European country, including the Balkans. Nevertheless, the townsfolk of the Soviet Union have today a sense of well-being. They have suffered so horribly since 1914 from war, revolution, civil war, and famine, that to have enough bread to eat, as they have today, seems almost a miracle.”

At the same time, in 1933, Victor G. Reuther, a young automobile engineer, traveled to Nizhny Novgorod (then Gorky) to work at the Gorky Automobile Plant. Years later, he recalled:

“The morning we arrived the temperature was 35С below. The station was full to bursting and the stench was indescribable. The peasants, many looking as lifeless as the bundles beside them, covered almost every inch of the floor…” 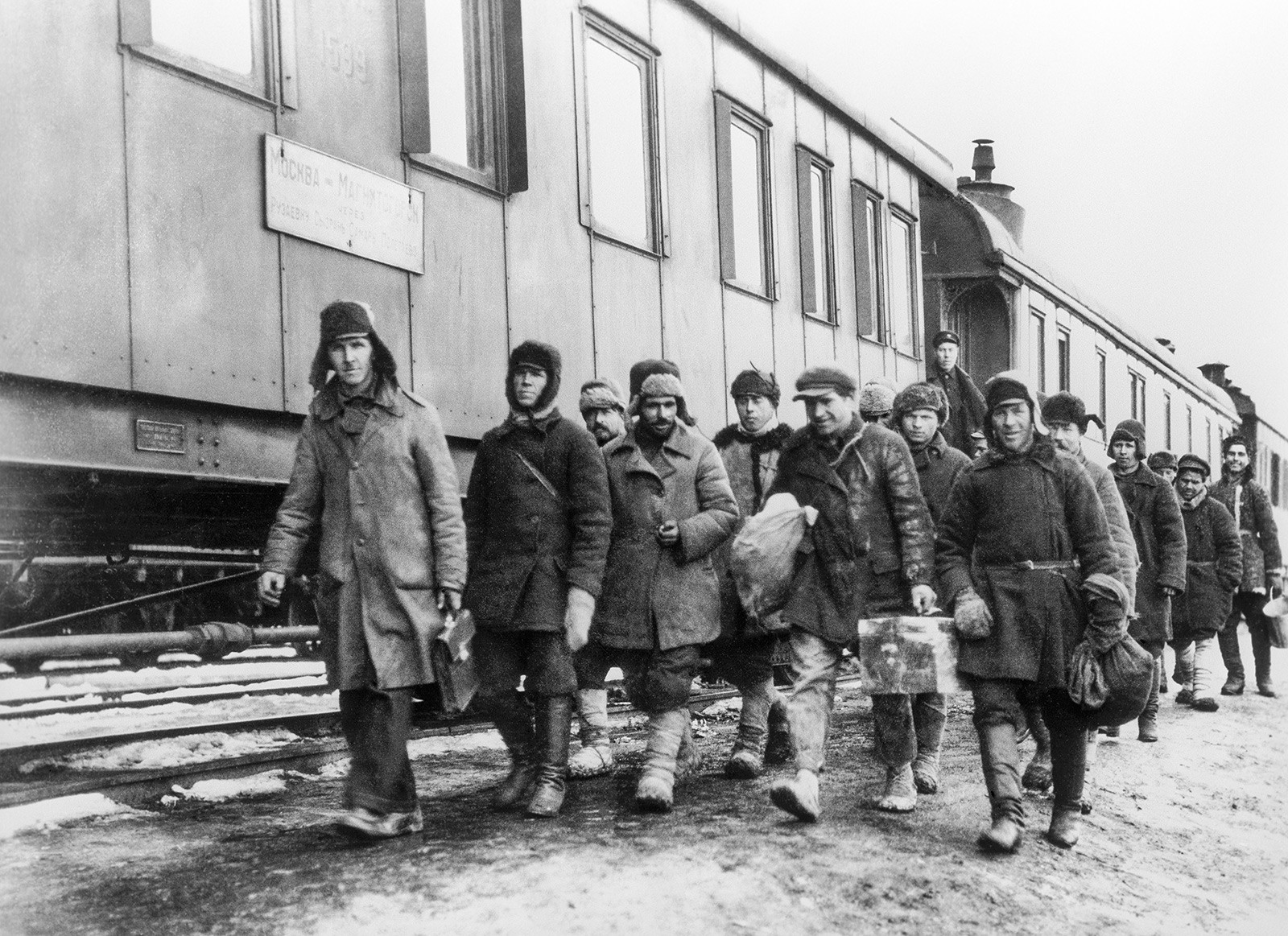 Soviet workers in the 1930s

Famine was ravaging the USSR and peasants were traveling in great numbers in order to find work and food. As Ambassador Bullitt noted, “All that is being done to improve the conditions in the cities, to build up industries, communication the war machine, is being done at the expense of the peasants…”

But even for foreign engineers, the living conditions have been dire. Reuther recalled:

“We were given… a room so small that when our footlockers and bikes were delivered, we had to fasten hooks to the ceiling and hang them over our beds. There was a single-burner electric stove…, central heating, a lavatory with a cold water tap in the hall. The walls were made of sheets of plywood with six to eight inches of straw and manure packed tightly between them… a perfect breeding place for roaches and vermin of every variety.” 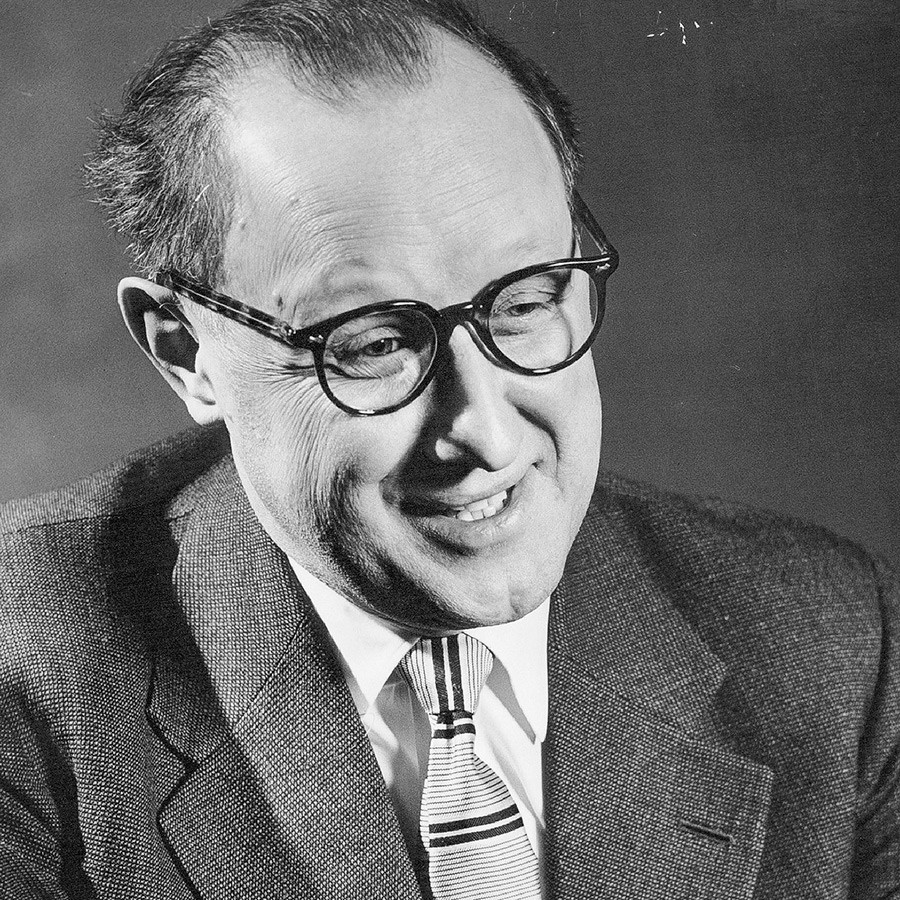 The plant was at the forefront of industrial production, so its workers were fed decently compared to most Soviet citizens at that time, and here’s what they ate, according to Reuther:

“We ate in the cooperative cafeteria instead of the special restaurant for foreigners, where a better grade of food was offered at no higher price. We did not want to that sort of caste discrimination. Usually, there was a large bowl of , or cabbage soup, a big piece of moist black bread, and a cup of weak tea... We had no butter for many months; fresh meat was an infrequent luxury, though occasionally there was some dried fish, and fresh fruits were nonexistent.”

‘Stalinism was at first no surprise’

George F. Kennan, the author of the anti-Soviet “doctrine of containment,”, served in the U.S. Embassy in 1933-1936. He very precisely described the situation: 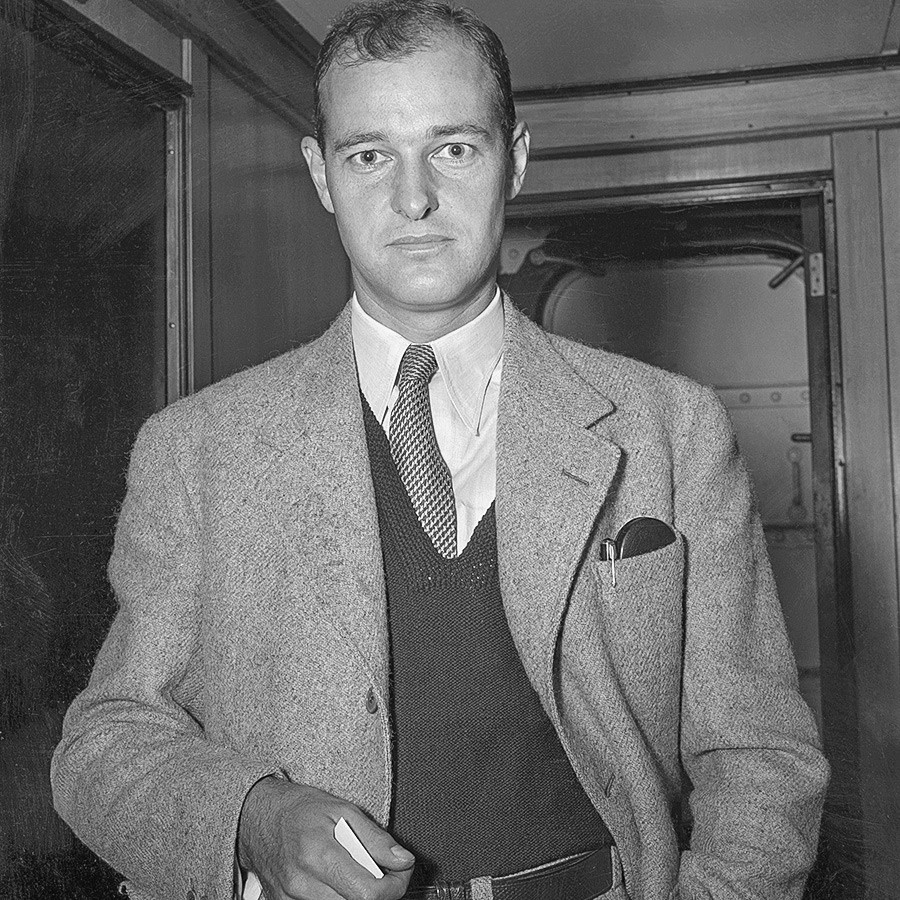 “...Both the maintenance of internal political security and the building of heavy has been carried out at a terrible cost in human life and in human hopes and energies. It has necessitated the use of forced labor on a scale unprecedented in modern times under conditions of peace.”

In addition to all of this, the Russian worker had “political oppression hanging like a sword over his head,” as Reuther wrote:

“...Near the end of August, a knock on the door at midnight prefaced the arrest by the secret police of an Italian worker who had been at Gorky long enough to marry and have several children. The next day the rumor was carefully wafted around that he had been in league with the Trotskyites and would be sent to Siberia… There was no trial, no defense… The lynching urge was encouraged in every factory in Russia… Under these circumstances, political talk was taboo in the tool room, and it was only on those rare occasions when we were alone with friends on a walk through the woods or perhaps in a rowboat in the middle of the Oka that we could talk to any Russian worker about his opinion of the Stalin regime…”

Even under these circumstances, there was little chance of widespread discontent and major protests from the peasants and the workers.

“The majority of citizens in the Soviet Union had never known a democracy; neither under Czarism nor Communism did they have the right of dissent, or true freedom of personal expression. Therefore, for most of them, Stalinism was at first no surprise.” – Victor G. Reuther

‘We should never send a spy to the Soviet Union’ 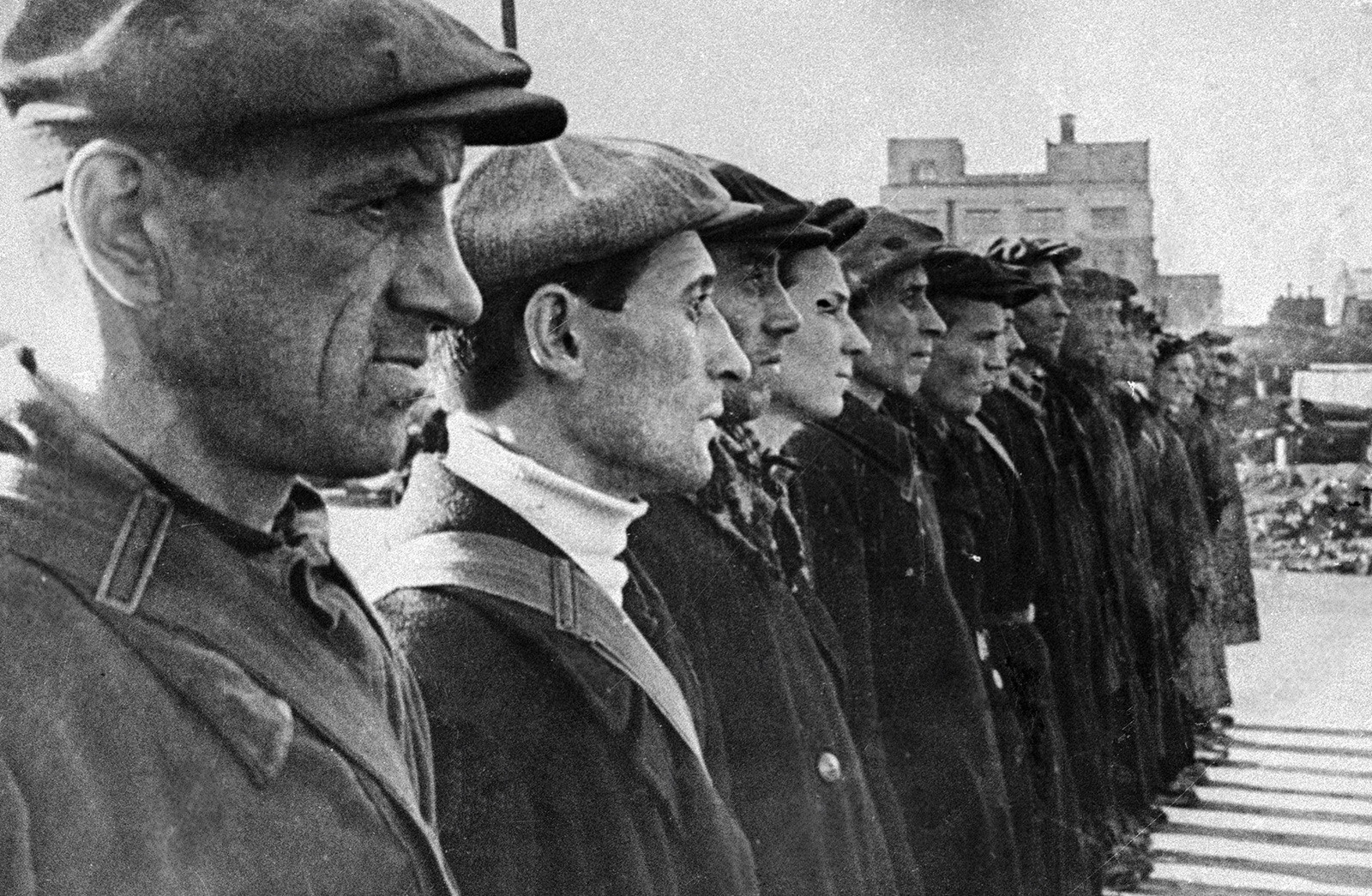 Workers at the Moscow "Hammer and sickle" plant

Still, the power of the regime relied not so much on the nation’s attitude as on the police force.

“...The secret police and the army are better fed, housed, and entertained than any other portion of the population. Their loyalty to the Soviet regime is unquestionable.” – William C. Bullitt

“The security of Soviet power came to rest on the iron discipline of the Party, on the severity and ubiquity of the secret police, and on the uncompromising economic monopolism of the state… Here, caution, circumspection, flexibility deception are the valuable qualities; and their value finds natural appreciation in the Russian or the oriental mind.” – George F. Kennan. 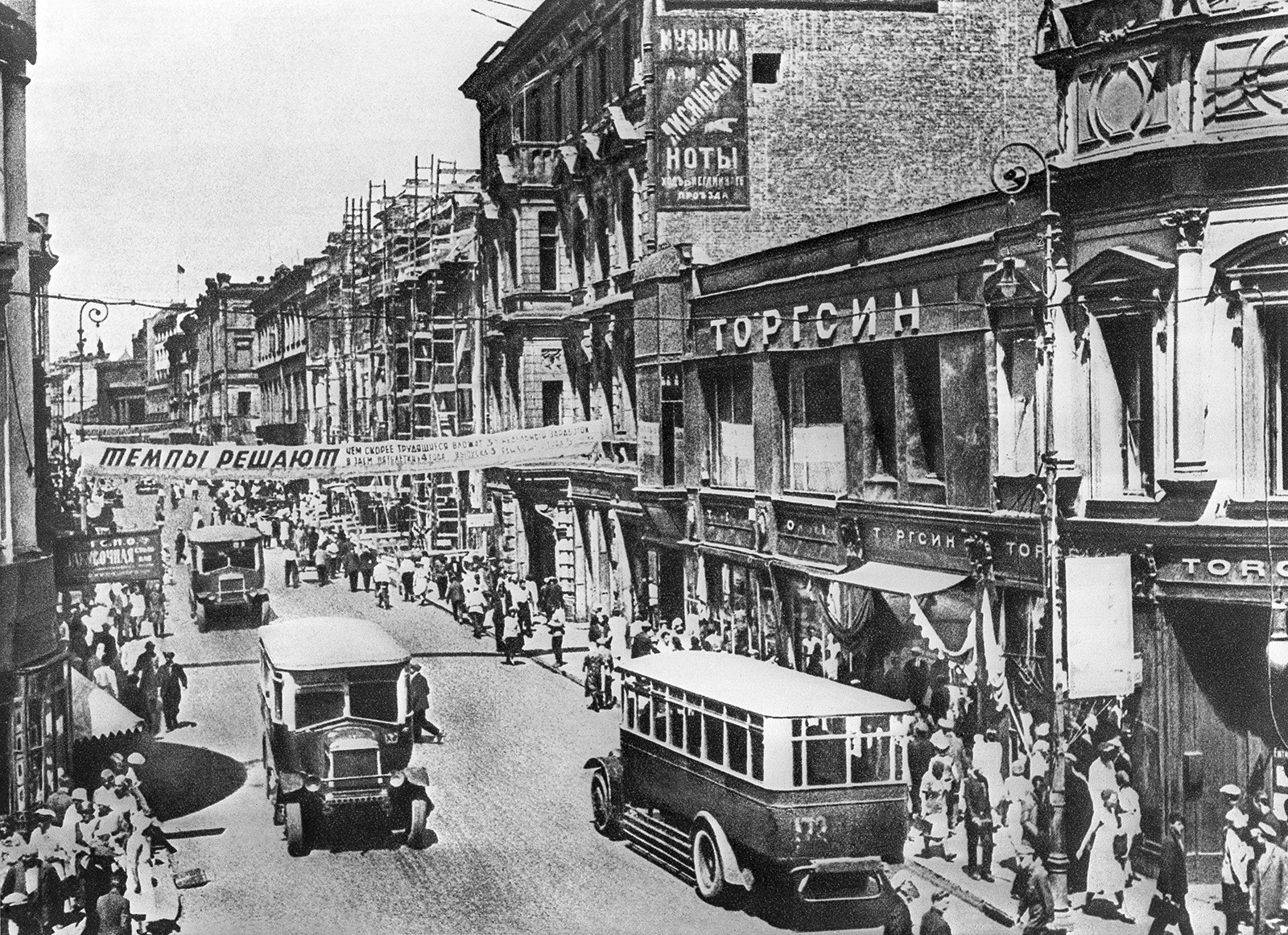 And so, life in the Soviet 1930s, in the eyes of Bullitt and Kennan, could leave only a grim impression.

“Communists are agents of a foreign power whose aim is not only to destroy the institutions and liberties of our but also to kill millions of Americans… We would not cherish for a moment the illusion that it is possible to establish really friendly relations with the Soviet Government… We should never send a spy to the Soviet Union. There is no weapon at once so disarming and effective in relations with the communists as sheer honesty. They know very little about it.” – William C. Bullitt.

“The rulers can no longer dream of parting with… organs of suppression. ...We are going to continue for a long time to find the Russians difficult to deal with.” – George F. 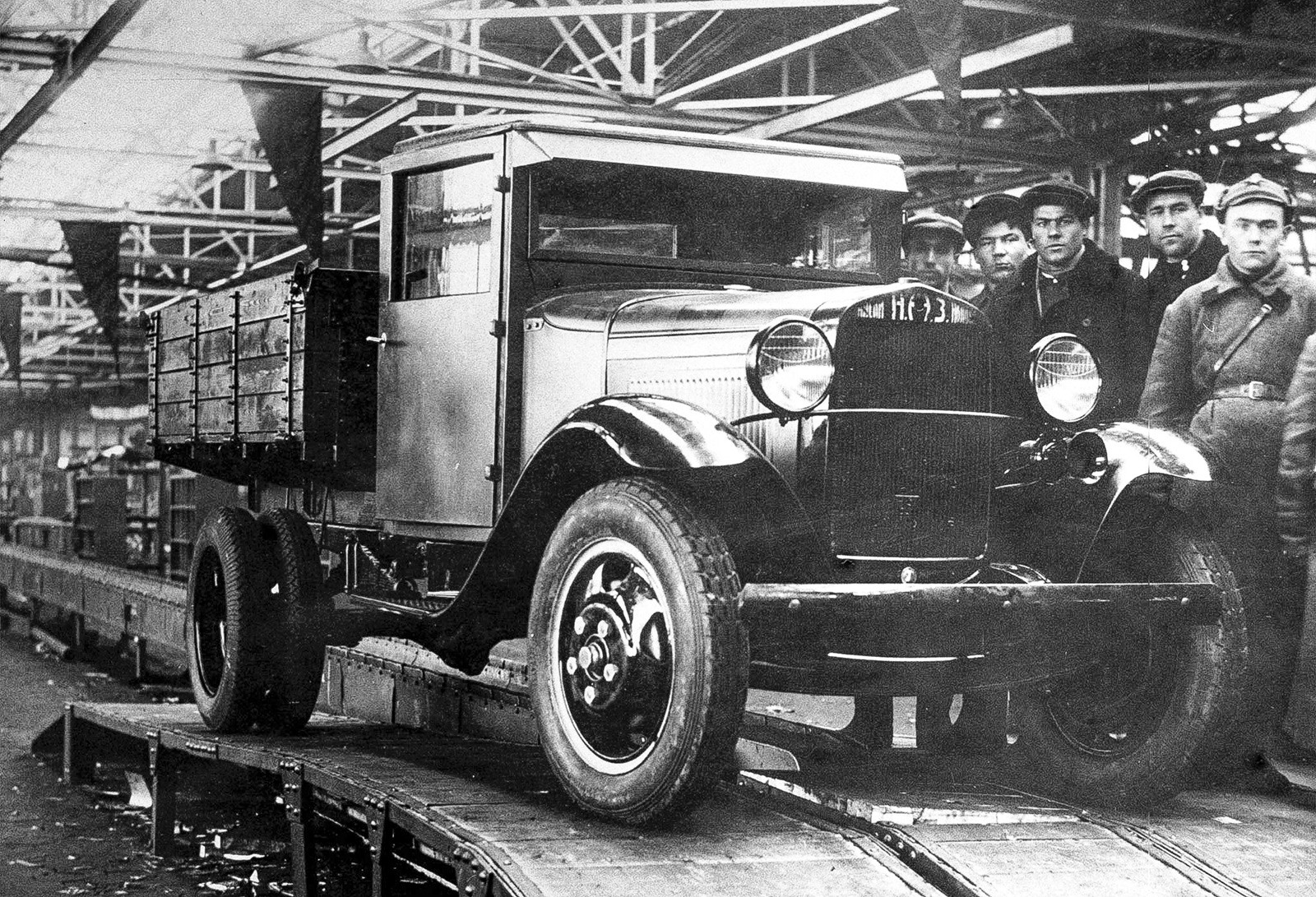 The first GAZ-AA (a clone of Ford Model AA) is out of Gorky Automobile Plant, 1932

“By the time we left, young Soviet technicians, though not yet so skilled as the American toolmakers, had taken over the full responsibility of building replacement dies and designing new ones… Almost all the foreign workers were gone… What was perhaps even more gratifying was the sight of hundreds of thousands of peasants… moving into the workers’ flats and enjoying, with their children, the kind of education, food, and health care they had never known before. One can measure a society by how it treats its children and its old people, and in some respects that still primitive Soviet economy seemed to do better than some of the advanced industrialized countries.”