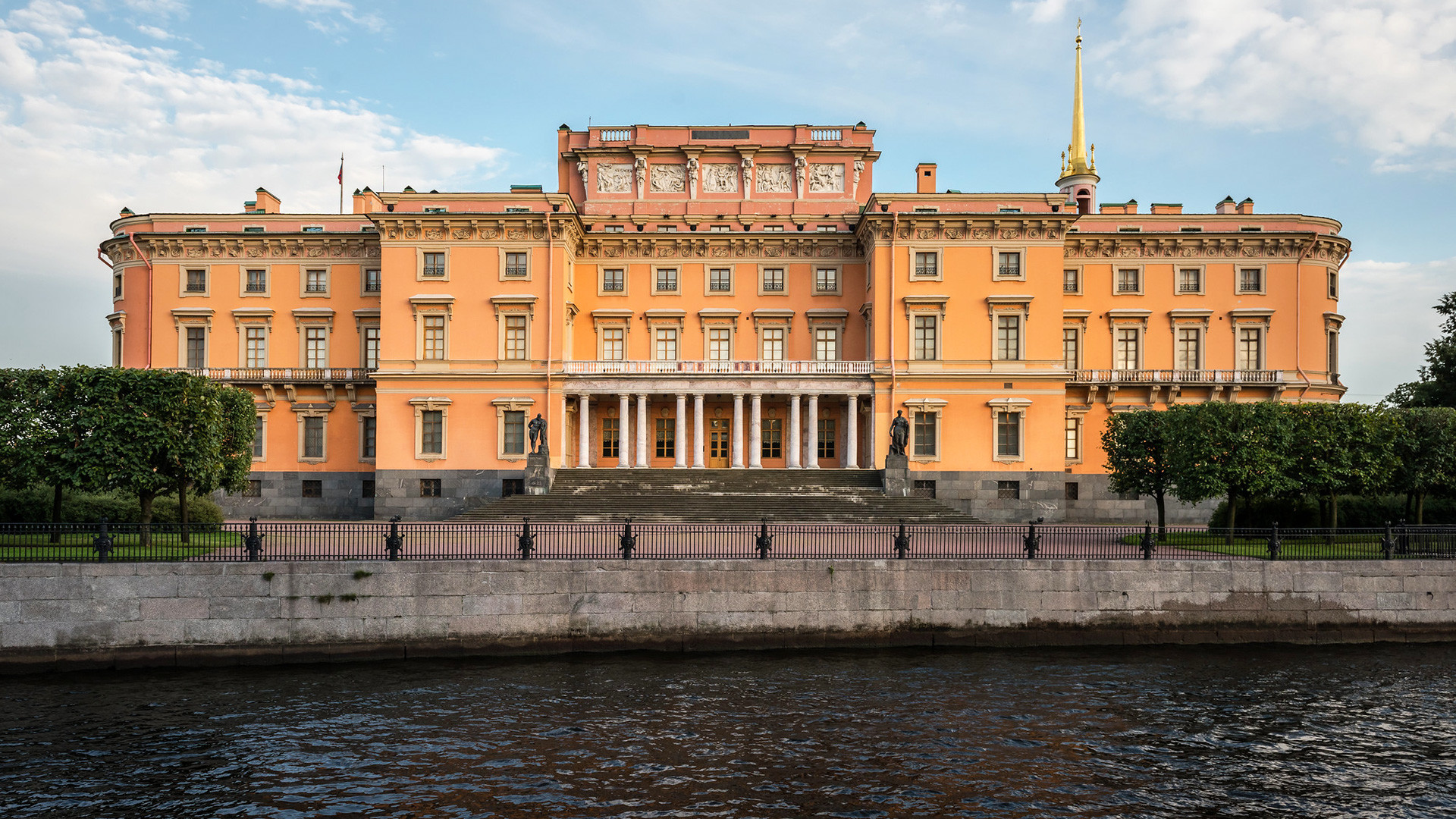 Vadim Razumov
It is one of the most mysterious places in St. Petersburg, with which many legends are associated

1. The castle is built on the site of a baroque palace 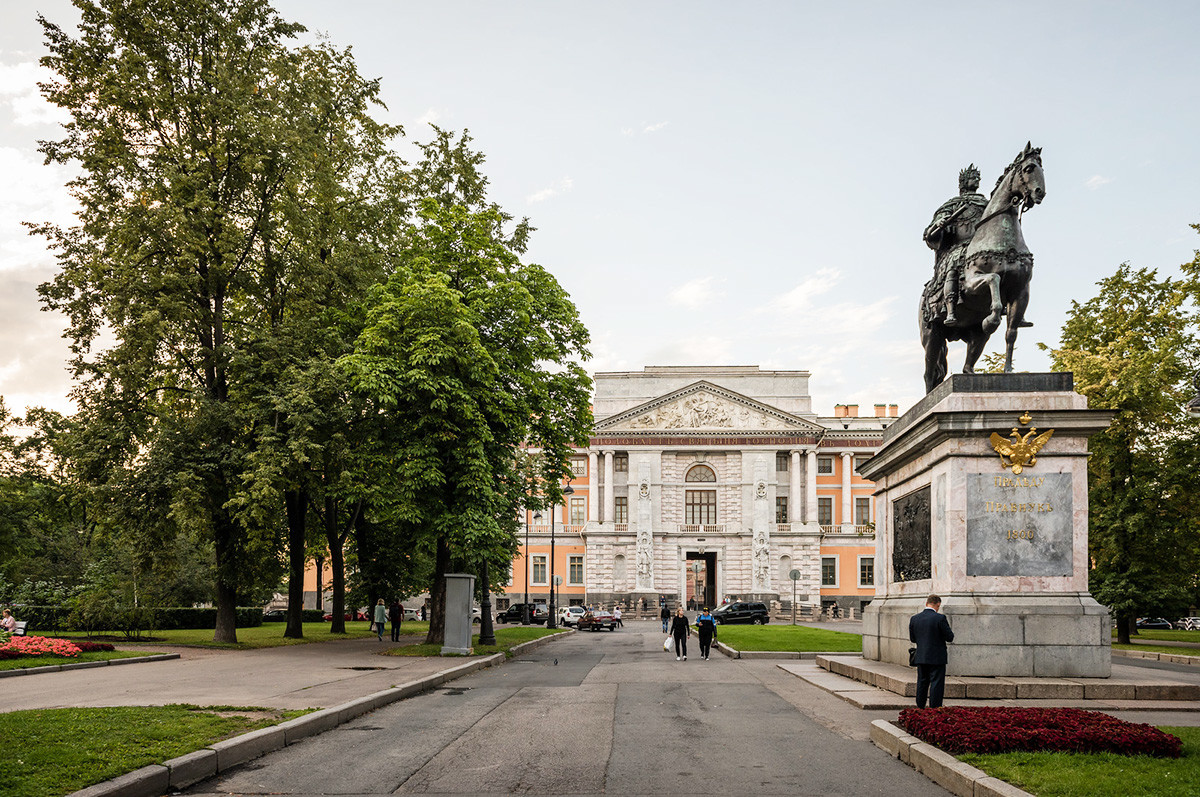 In 1741-1744, Bartolomeo Francesco Rastrelli, architect of the great St. Petersburg palaces the Hermitage and the Grand Palace in Peterhof, built yet another of his masterpieces on this site. The Summer Palace of Empress Elizabeth Petrovna had 160 apartments, galleries, a church, a garden and greenhouses, where bananas and pineapples, which were exotic for Russia, were grown. And it was at this summer residence that on September 20, 1754, Empress Catherine II gave birth to Paul.

But the great architect's creation, alas, did not survive. When he grew up, the prince didn't get along with his mother; he hated the palace, although he did cherish it as his birthplace. Paul approached this equivocal state of affairs in a radical manner: He ordered the building to be razed to the ground and a new castle built in its place. So, in 1797, the Summer Palace was demolished.

2. The castle is named after Archangel Saint Michael (a rare instance) 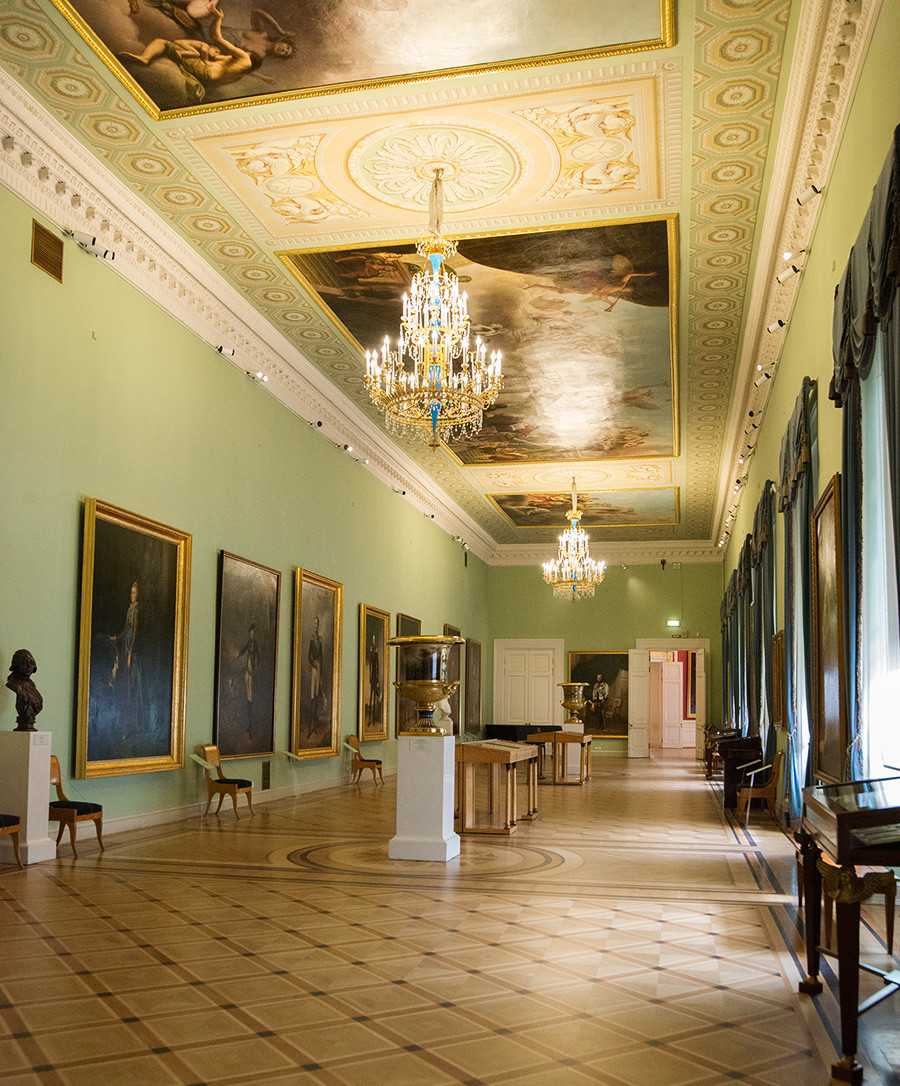 According to legend, the castle is named after Archangel Saint Michael. And it was the first time in Russian architecture that a secular building was named after a saint. The story goes that a guard at the Summer Palace had a vision of Saint Michael, who said that a house and a church should stand on the site. Historians suggest that the guard, who was close to the Imperial Family, started spreading the story in an attempt to please the Emperor - it was well known that Paul wanted to have a new residence built.

The castle was solemnly consecrated on Saint Michael's Day - November 8, 1800 - and the work was fully completed by February 1801.

3. Paul I was personally involved in designing the castle 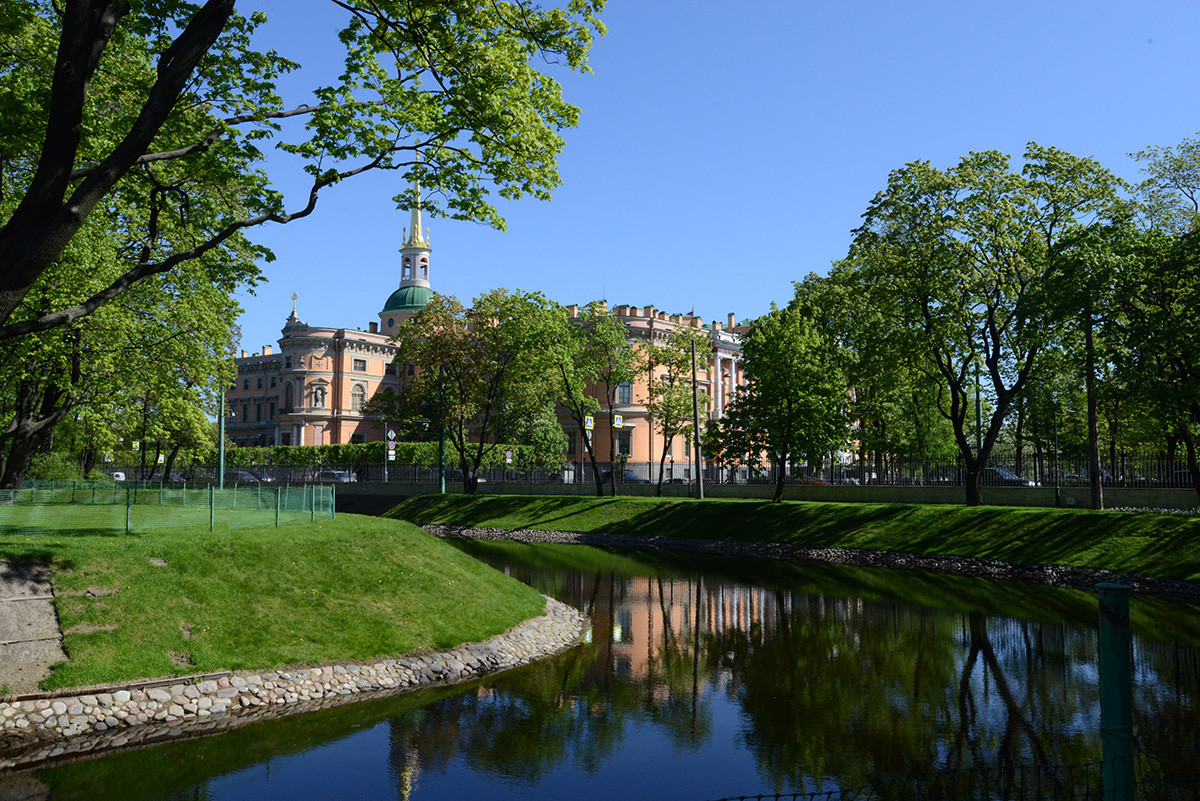 The new castle was designed in the style of late Classicism. Several architects took part in drawing up the project and its construction. The very first outline of the plan was prepared by Paul I himself, but it was the two leading architects of the time, Vasily Bazhenov and Vincenzo Brenna, who bore the brunt of the work.

In general, the design is not typical for Russia and resembles a medieval fortress if for one striking feature - the castle is surrounded by a moat. This style of architecture could have been chosen because of the Emperor's fear of conspiracies.

4. The walls are the color of a lady's glove 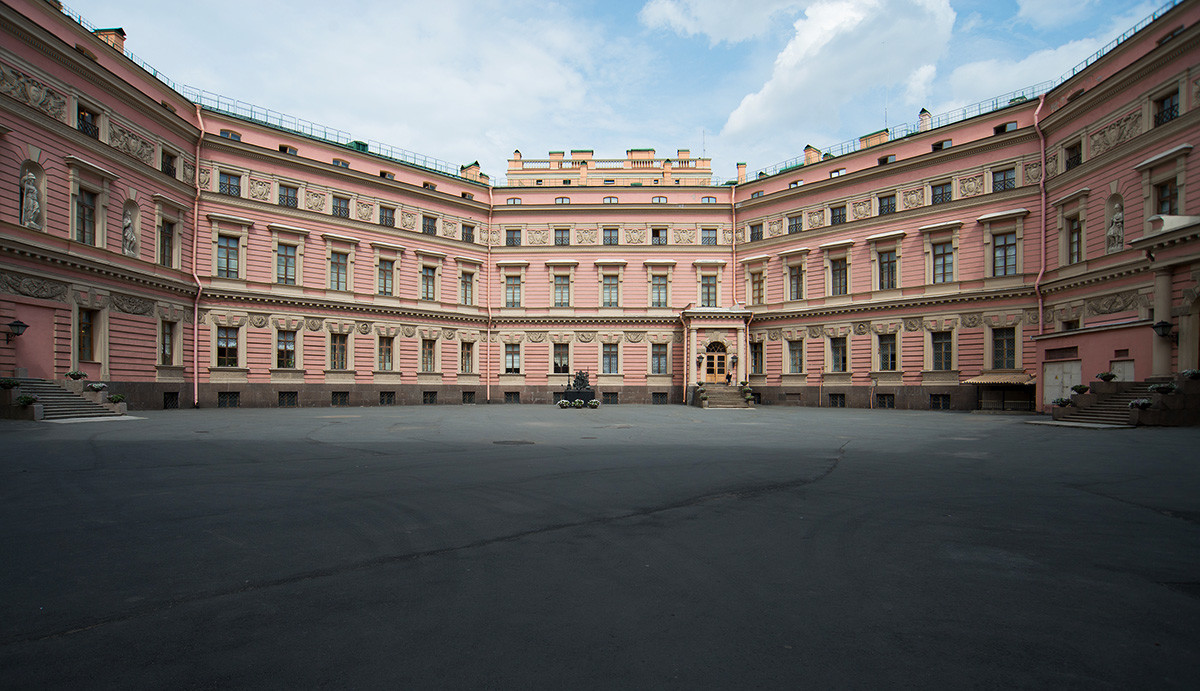 According to another of the castle's legends, a glove dropped at a ball by Paul I's favourite, Anna Lopukhina, explains the unusual orange-yellow color of the walls. Allegedly, the Emperor liked the color of the glove so much that he had it sent to architect Brenna as a sample and after that the hue became very fashionable.

According to another version, it was merely the color associated with the Order of Malta, of which the tsar was Grand Master for a while.

5. Paul I’s “pet project” was the scene of his murder 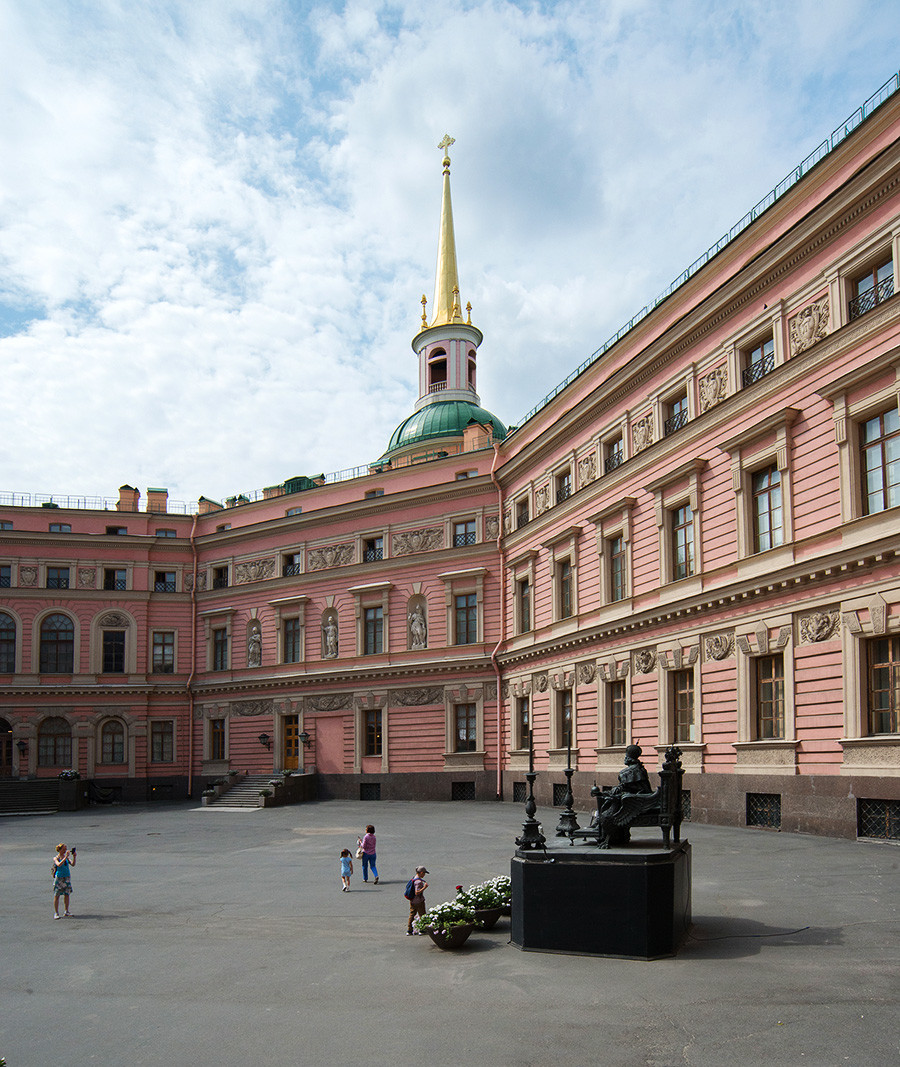 The Emperor lived in his new castle for just 40 days. On the night of March 12, 1801, a group of conspirators burst into his bedroom. The officers struck him in the temple with a snuffbox and strangled him with a scarf. As a result of the coup, his son, Emperor Alexander I, ascended the throne. According to the official announcement, however, Paul I had died from an apoplectic seizure.

The assassination of the crowned monarch gave rise to another legend - it alleges that the Emperor's ghost cannot leave the scene of the murder and wanders endlessly around the castle at night.

6. Its other name is the Engineers' Castle 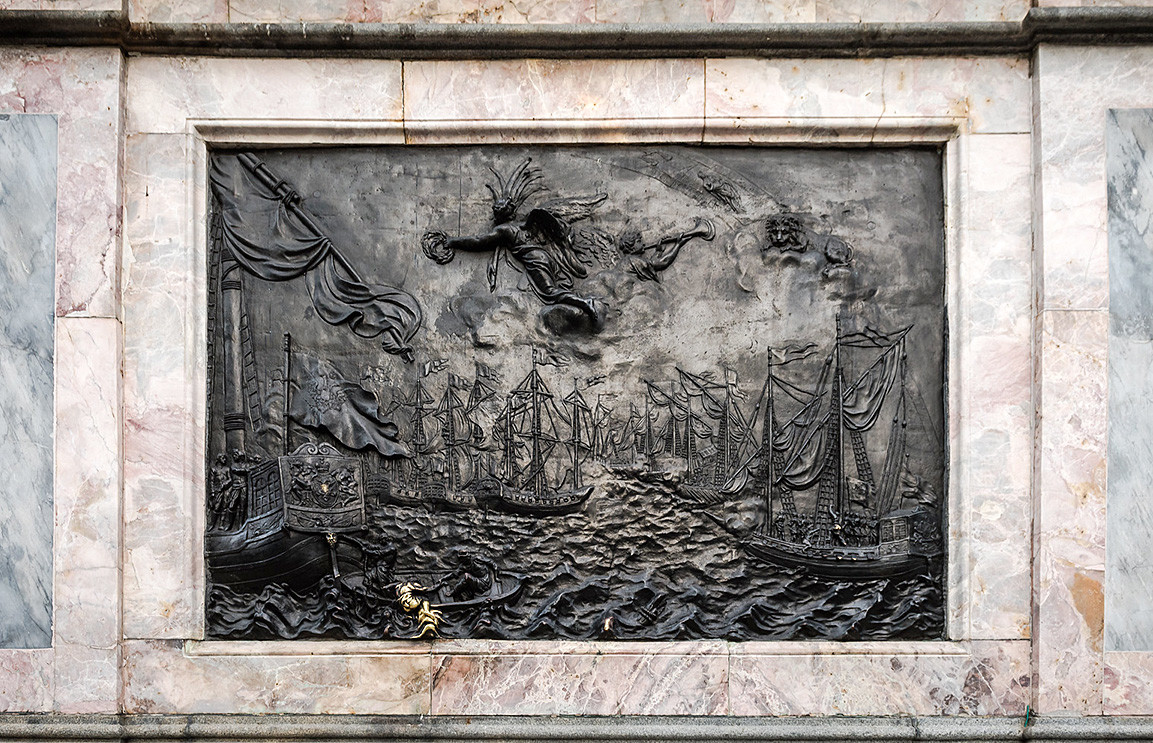 After the assassination of Paul I, the Romanovs abandoned Saint Michael’s Castle. From the early 1820s, it housed the Main Engineering School - hence, its second name, Engineers' Castle. Many Russian field marshals and army generals, as well as writer Fyodor Dostoyevsky, graduated from the school.

7. A branch of the Russian Museum 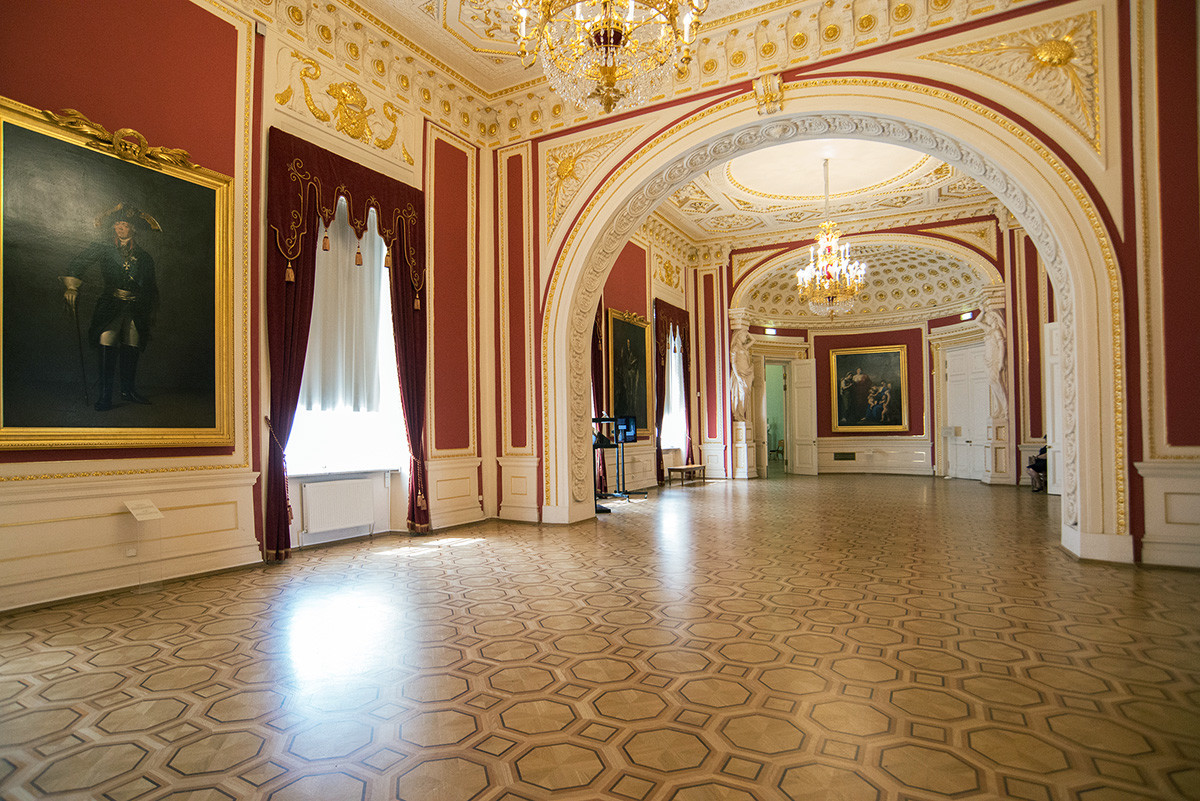 In 1991, the castle was handed over to the Russian Museum, which holds a major collection of Russian art. Nowadays, it houses a permanent portrait exhibition and open sculpture storerooms containing Russian avant-garde and contemporary works, among others.