Travel
Erwann Pensec
Erwann Pensec
Russia’s Republic of Buryatia, located in Siberia, sometimes strikingly resembles Mongolia, and visitors may soon feel a wave of euphoria watching those boundless steppes and colorful temples. Join our brave French correspondent on his journey to discover the nerve center of Buddhism in Russia.

Through the minibus window, Burytia unfolds to the rhythm of wooden houses, common to the whole country, and of bare mountains typical of southern Siberia, home to many a nomadic tribe. 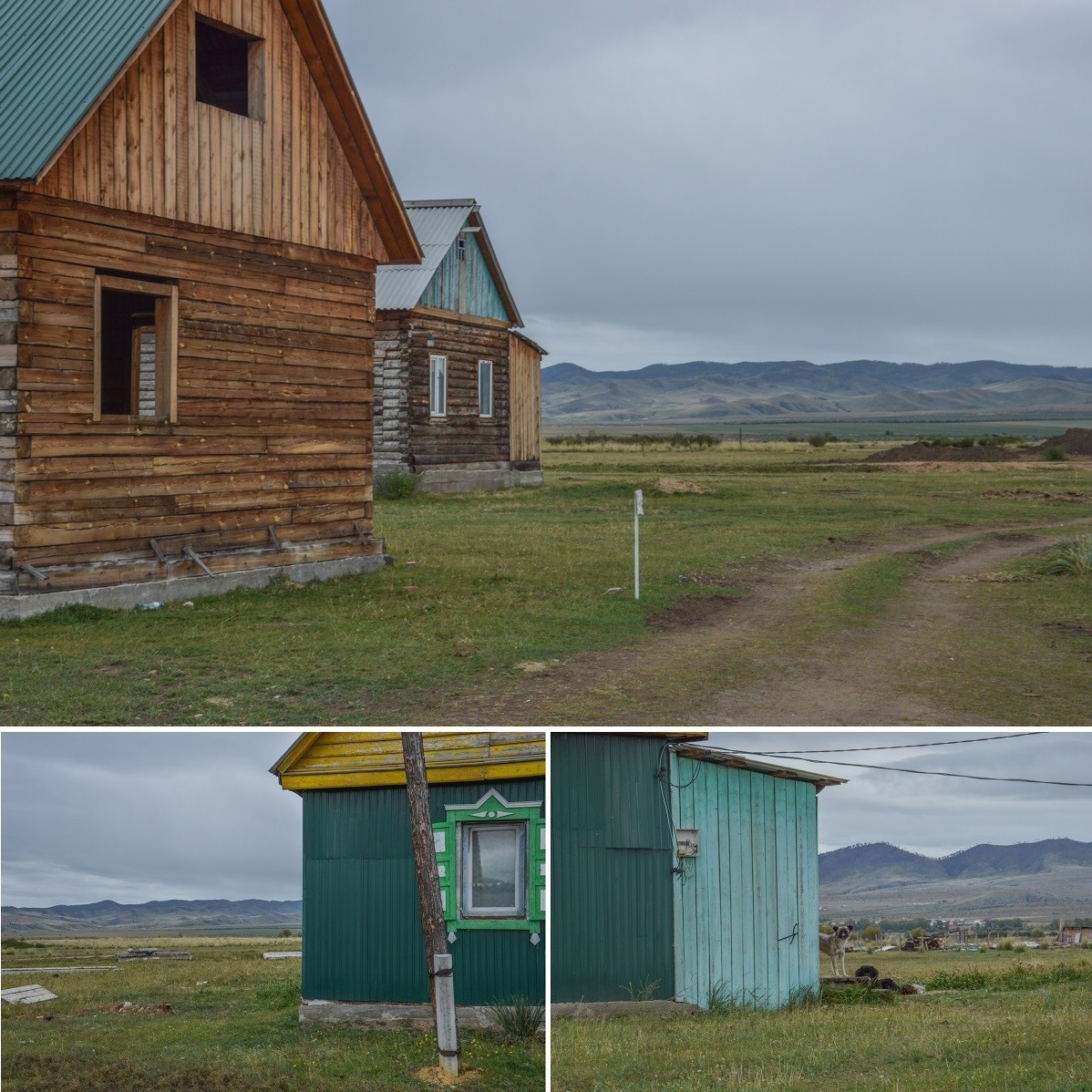 The Ivolga Monastery is one of the places in Russia that for years has appealed to me most. As I’m about to enter its sacred territory, it feels like the culmination of a long quest. 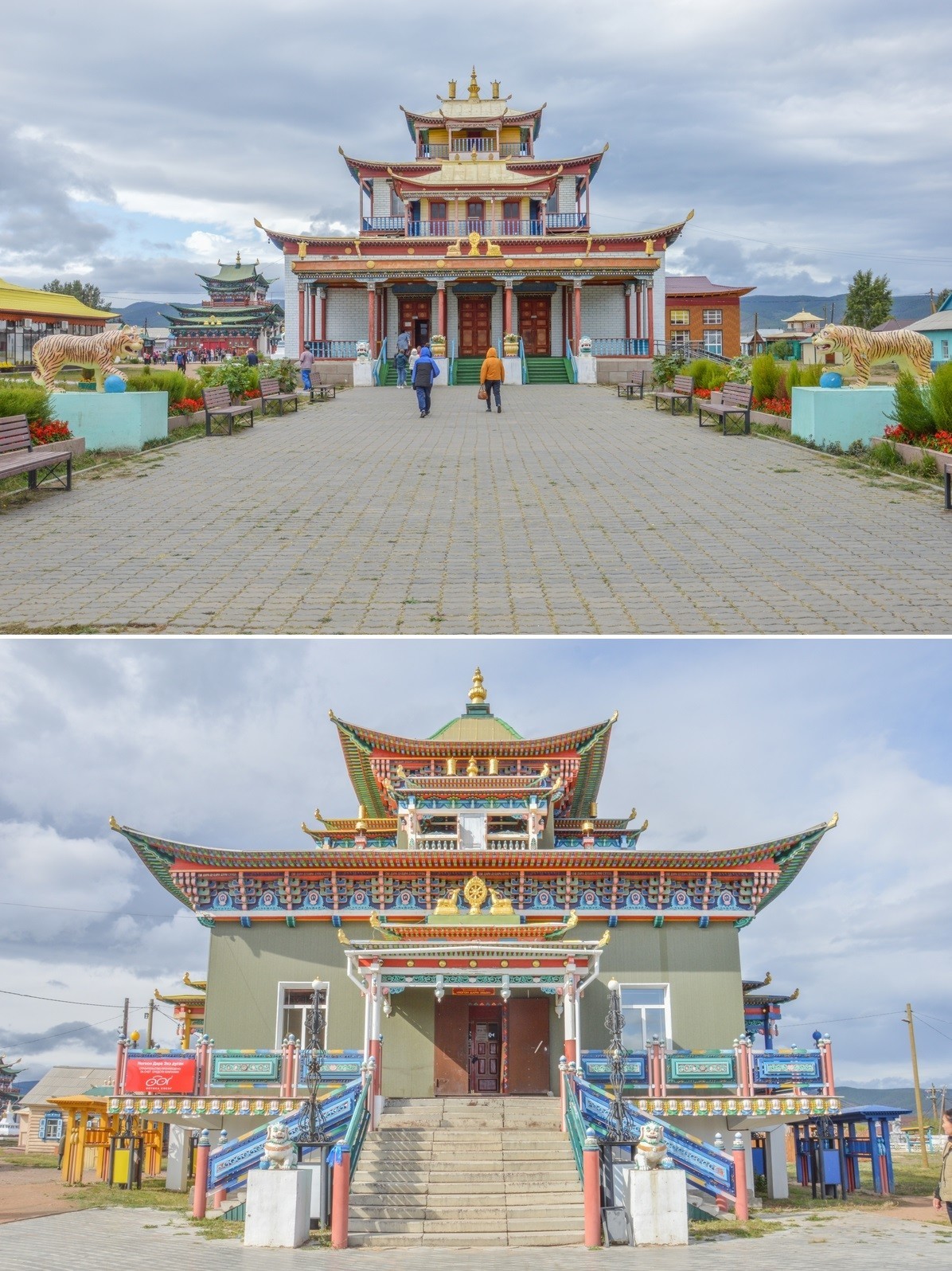 Situated an hour’s drive from Ulan-Ude, the capital city of the Republic of Buryatia, the monastery is the center of Russian Sangha – the Buddhist community – as well as the home of Pandito Khambo-lama, the spiritual leader of Buddhists in Russia. 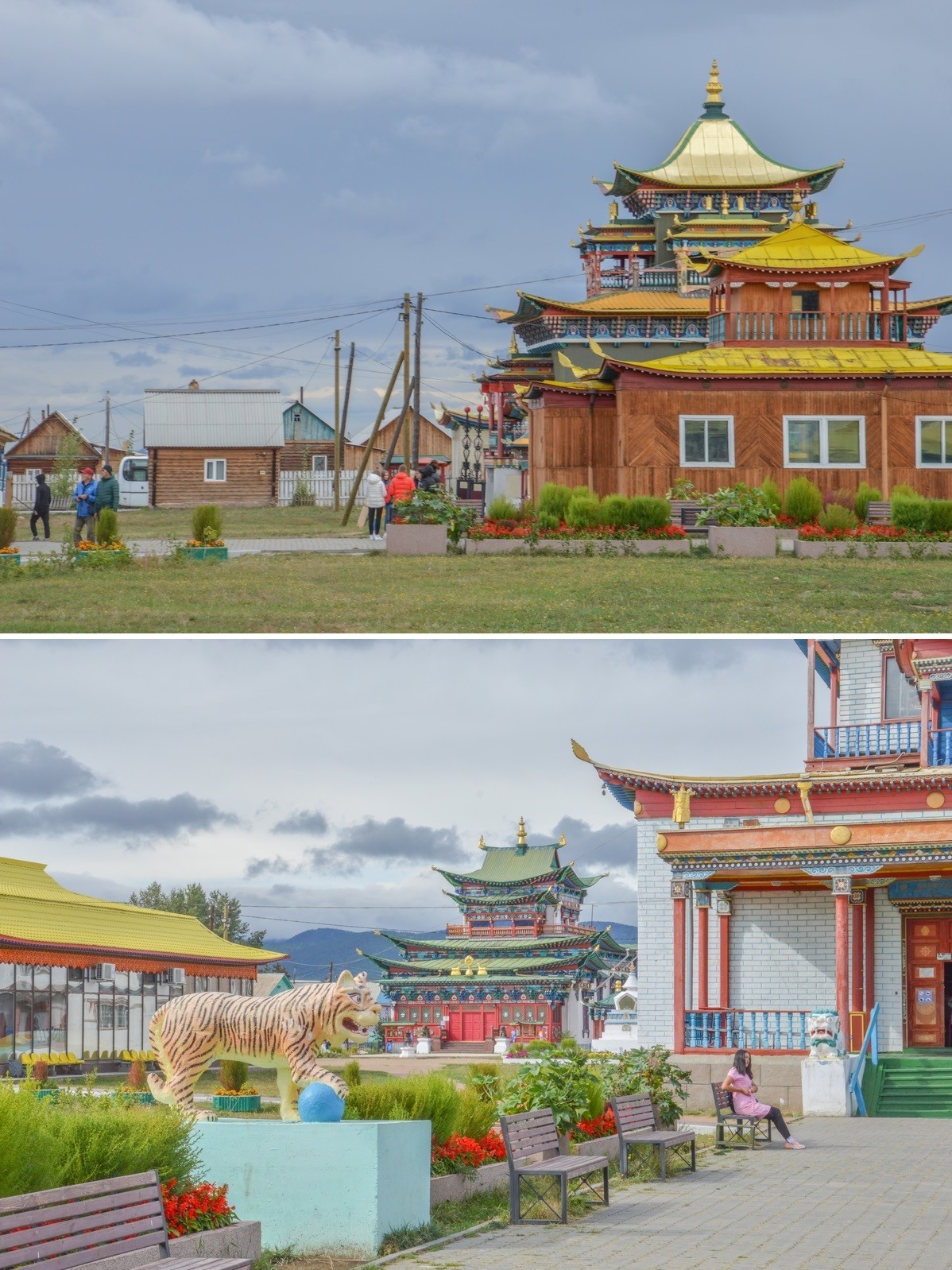 I have barely got out of the bus when an enchanting mantra meditation slips into my ears, making me feel perfect serenity. 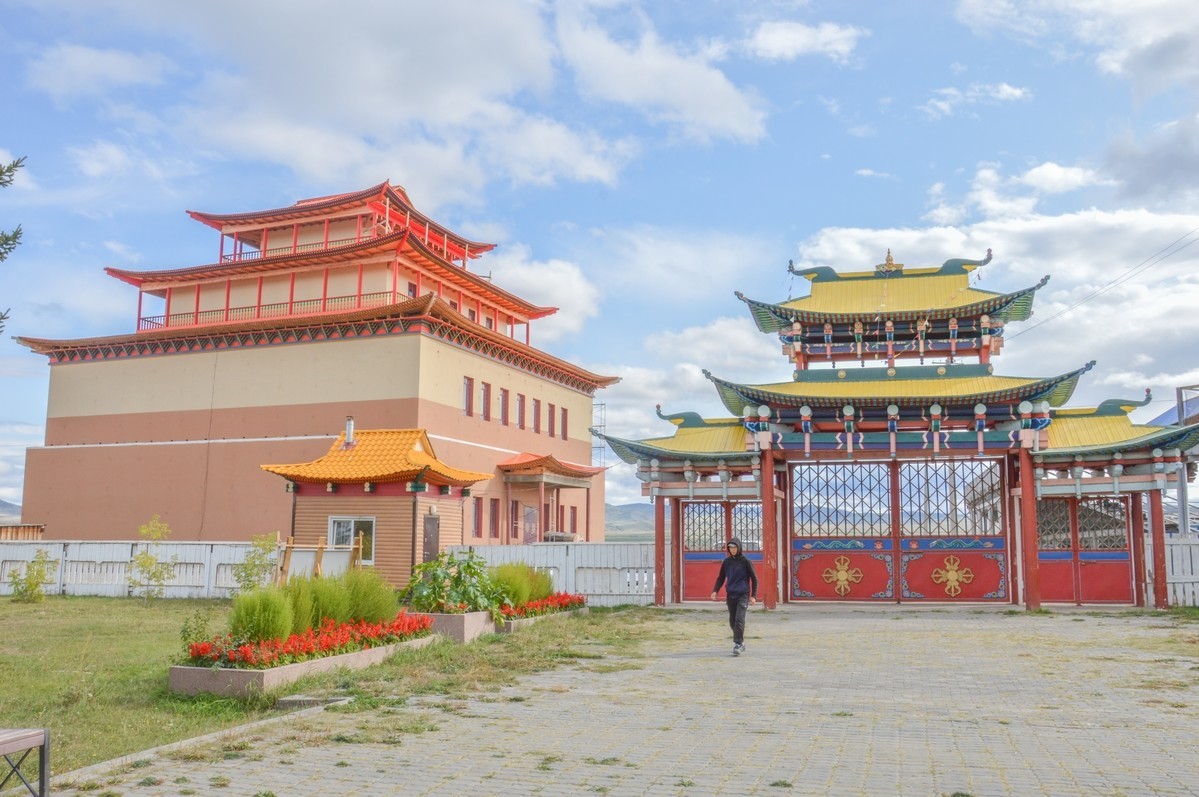 The monastery was erected in 1945, and according to legend, it was a white horse who led the founders to its birthplace. The construction of this monastery meant a lot for Buddhism in Russia. The faith had literally risen from the ashes after the destructive decades-long of anti-religious regime of the Soviet authorities. 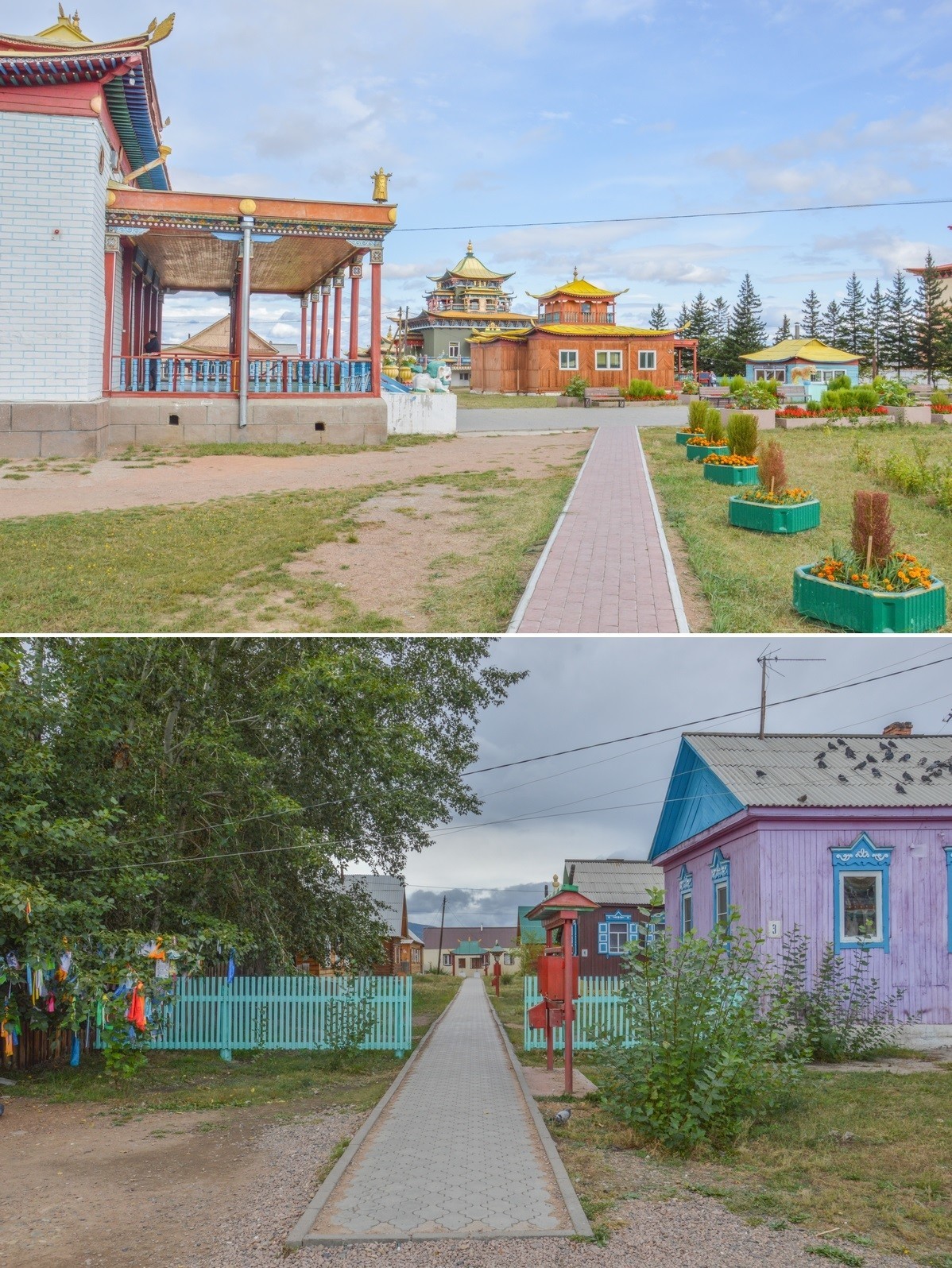 Despite being well informed, I wasn’t expecting to find so many temples – a dozen, all squeezed together on monastery grounds. Several new ones are currently being built beyond the monastery’s walls. 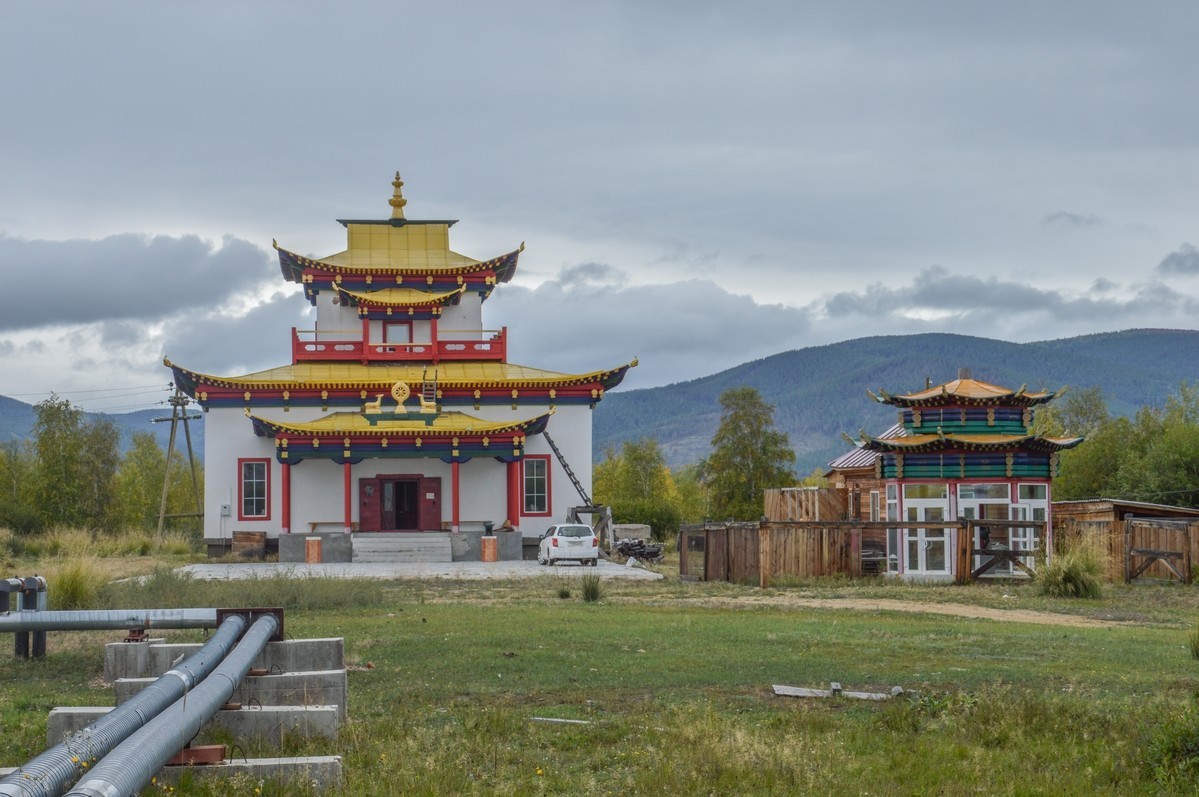 Besides places of worship, there is a library, a religious university, a summer shelter for travelers, a Buddhist art gallery, souvenir shops and even a greenhouse where a sacred fig grows. 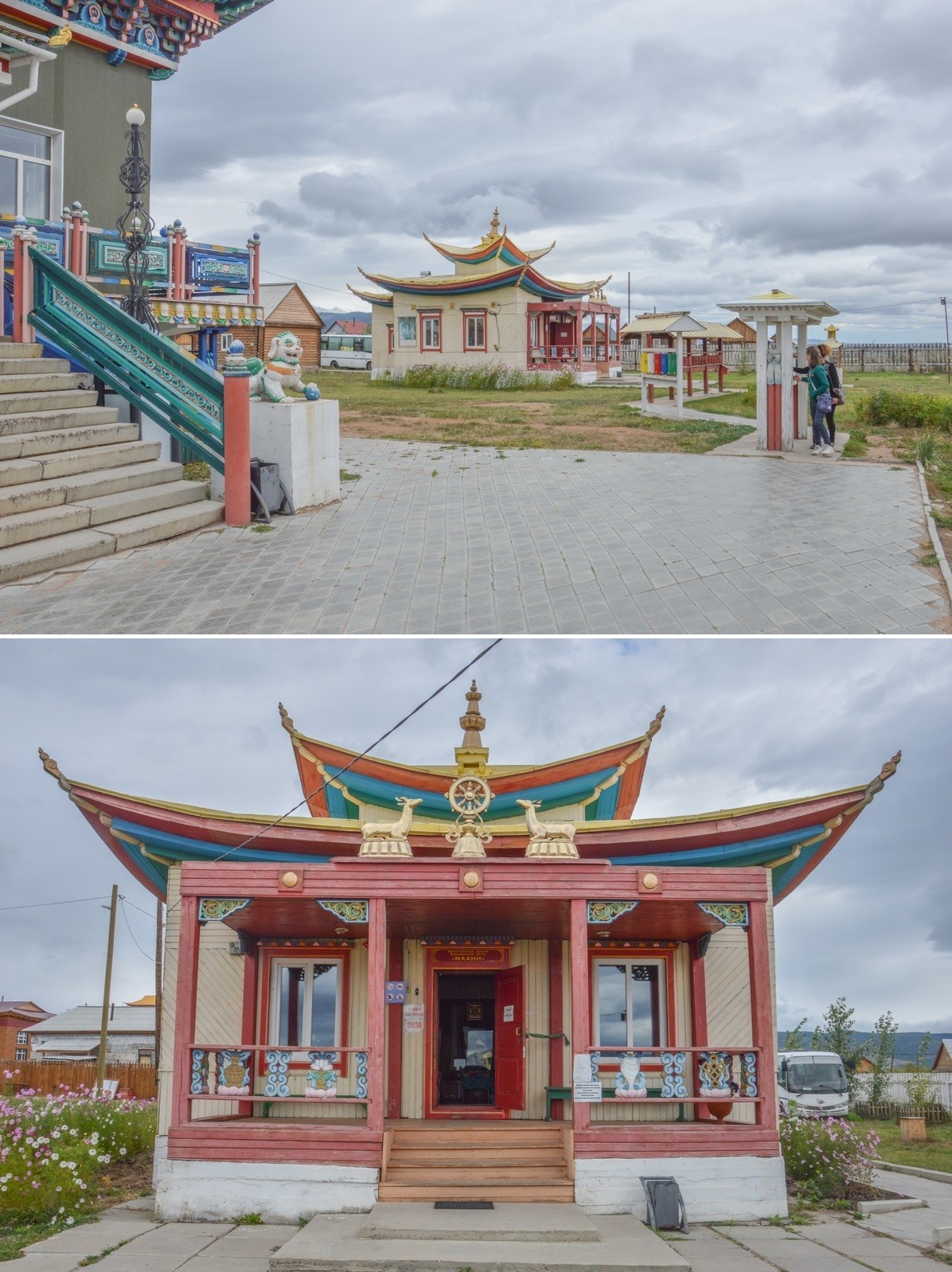 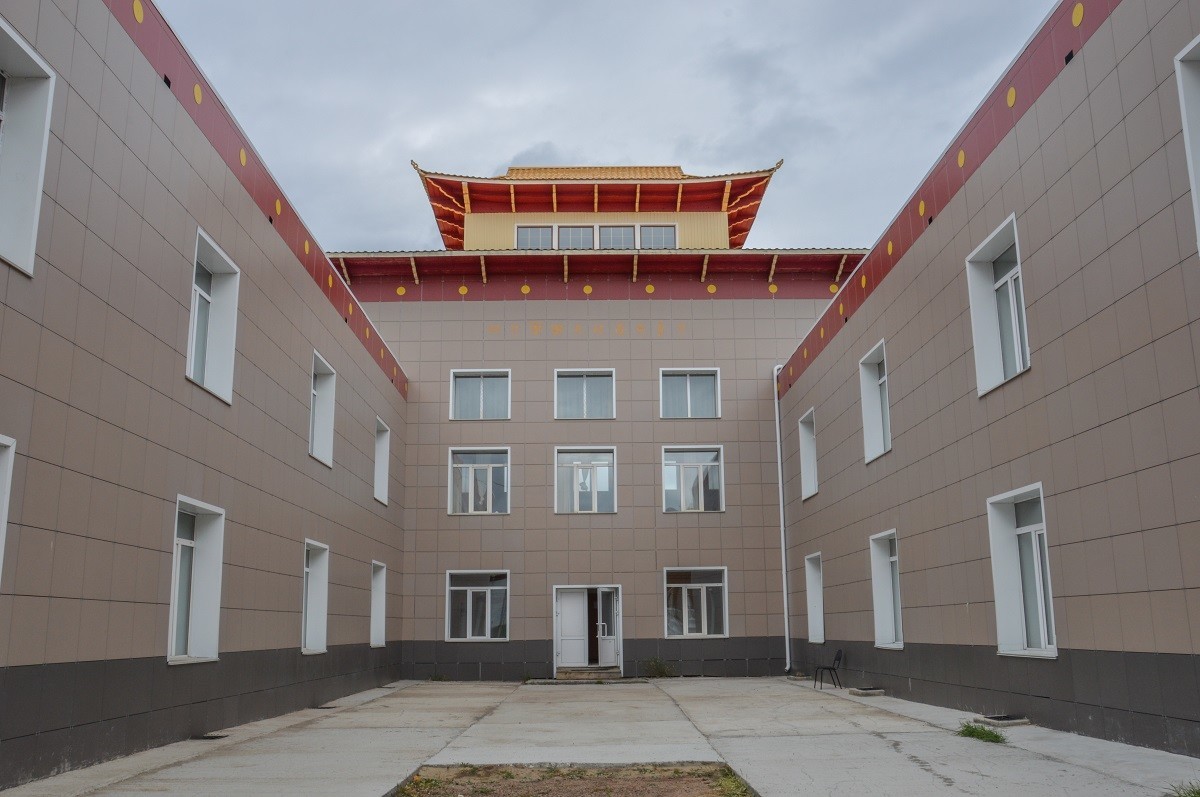 In addition, you can stop at the cafeteria to enjoy delicious tea with milk and traditional Buryatian pastry, decorated with a Buddhist pattern. 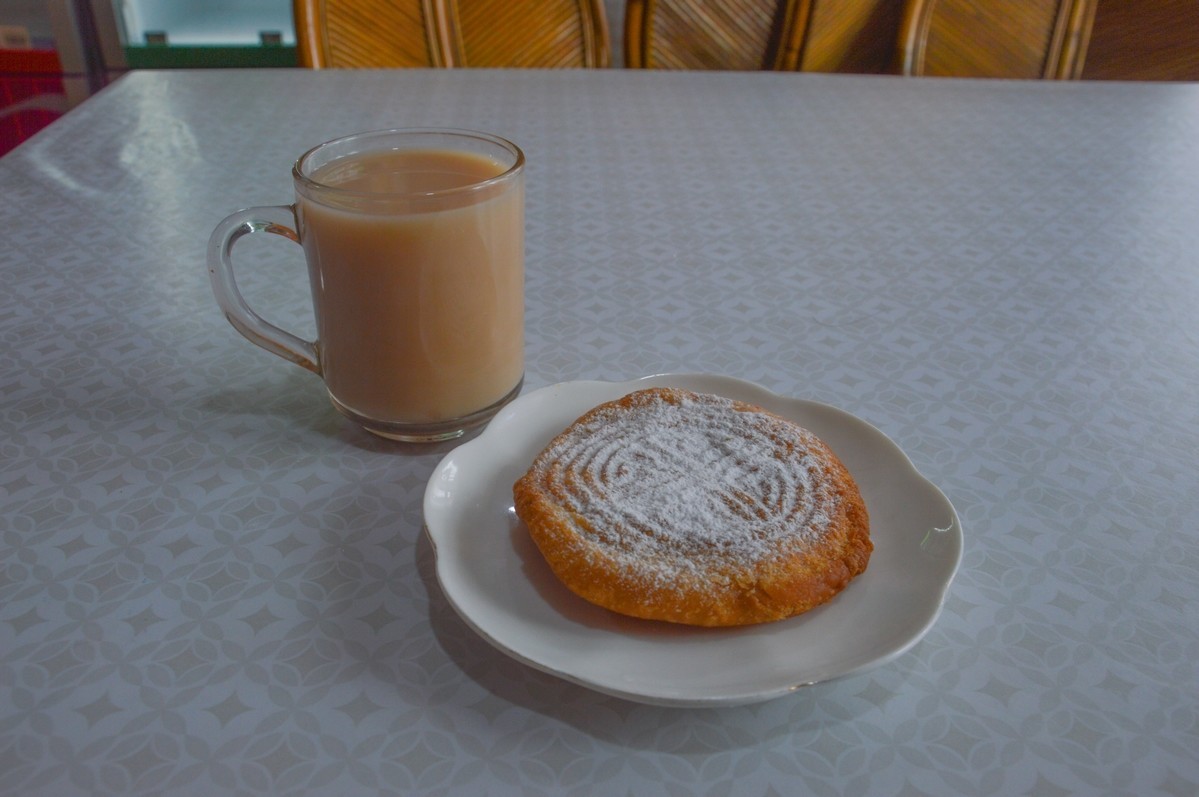 One of the temples houses the preserved body of Dashi-Dorzho Itigilov lama (1852-1927) sitting in the lotus pose. In 1927 he entered a meditative state so deep that he never came out of it... People believe he may still be alive. 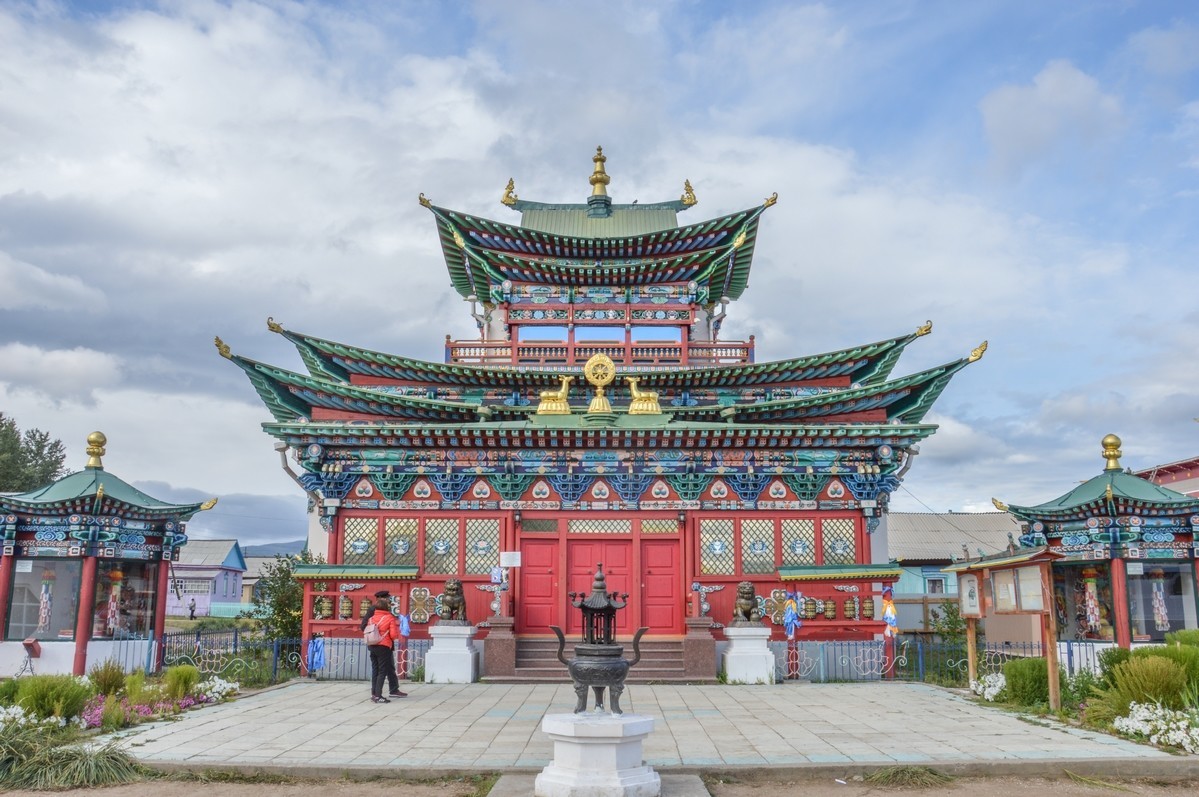 Around this stunning architectural complex runs a path with special prayer wheels. One should spin them with the right hand and read mantras painted on them.

Following the sacred Buddhist tradition one should move in Ivolga datsan in a clockwise direction. 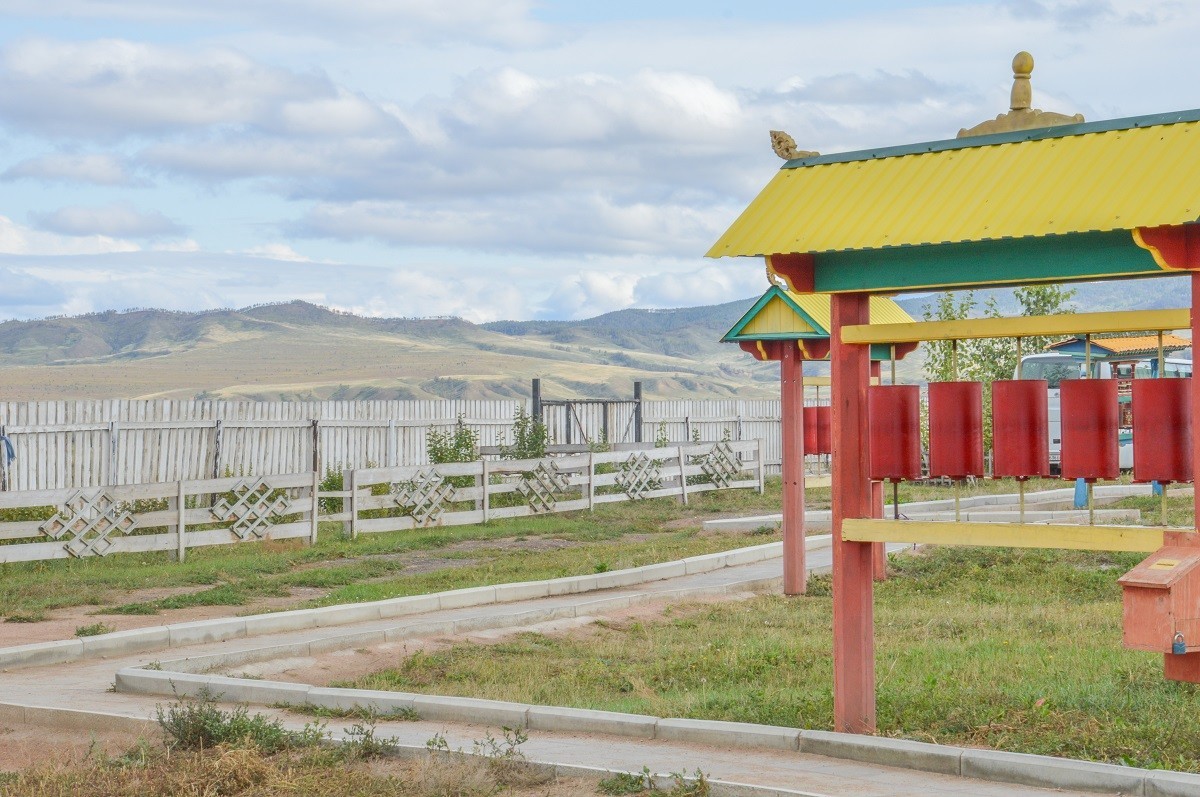 Time seems to be frozen here. I wander among these colorful buildings, paying attention to sculptures of tigers and ornaments. 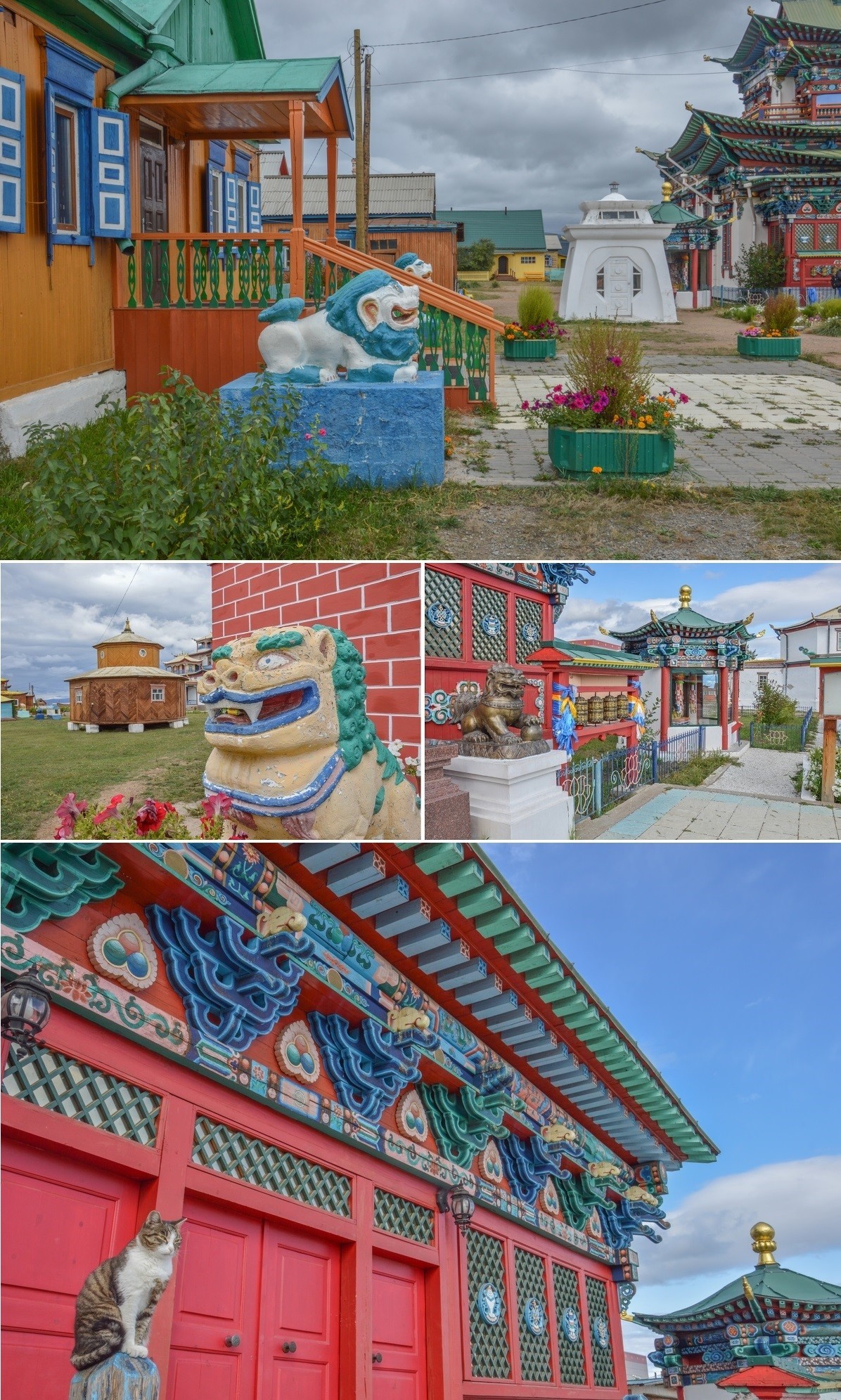 As I walk down the aisles, I notice monks, whose busy steps contrasts with the general calm of the surroundings. 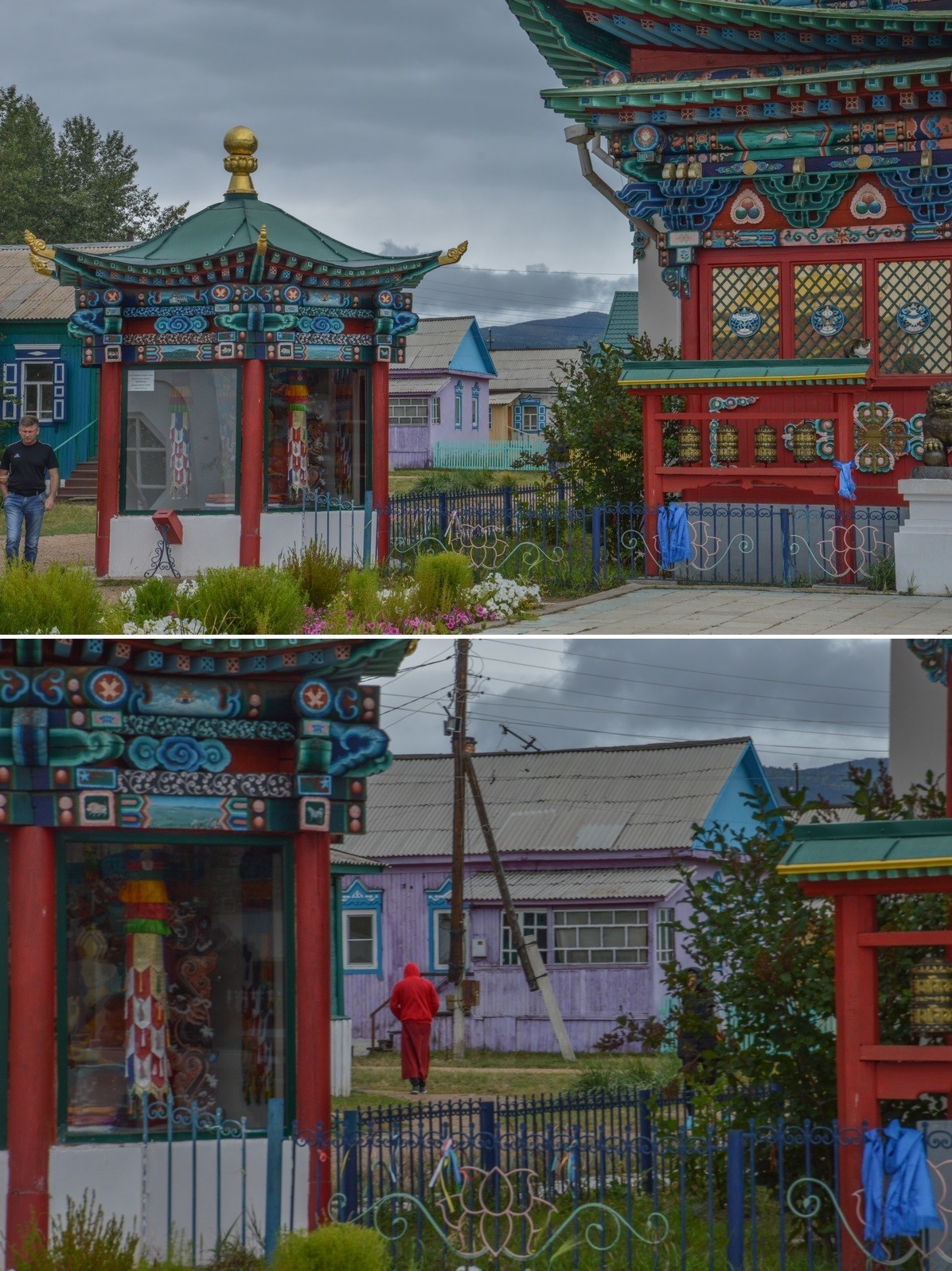 Inside the magnificent temple I meet not an ordinary monk, but one of the monastery’s spiritual masters - the lama. 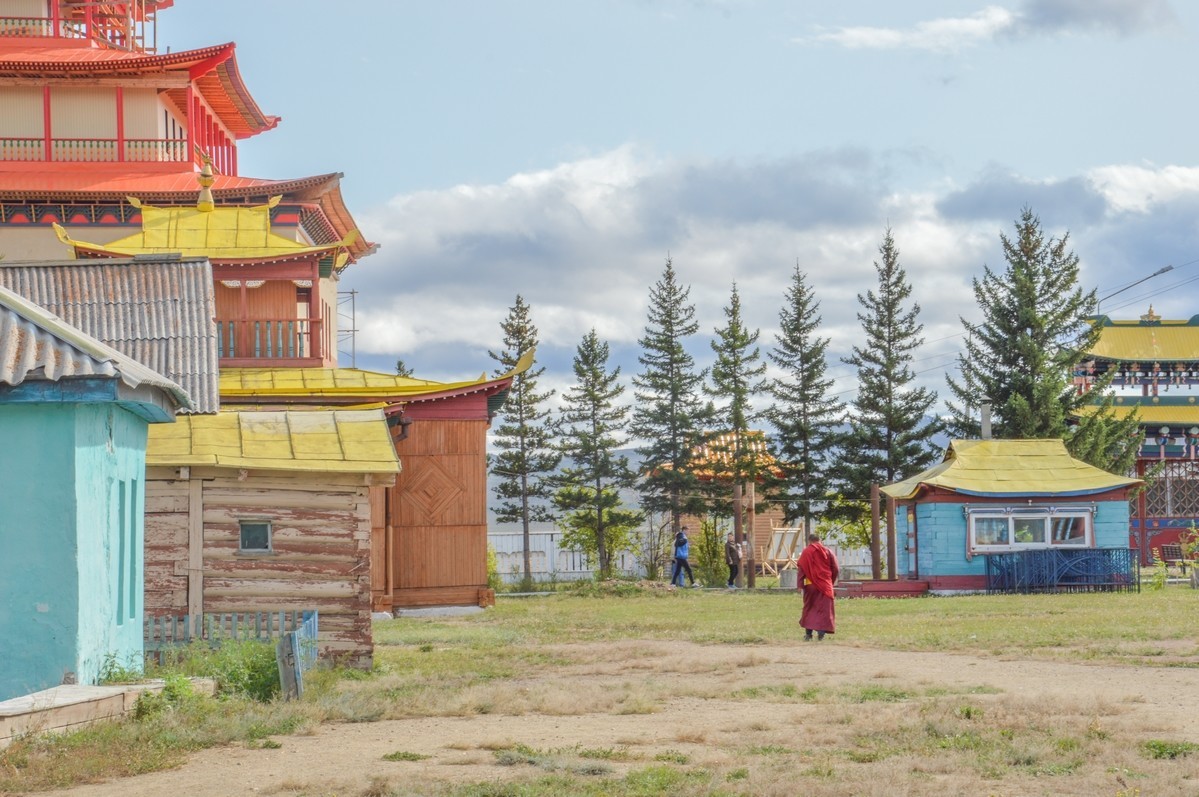 He couldn’t estimate the number of believers regularly visiting the place, but he explains that Buryatian people - opposite to Christians - are Buddhists from birth, and each have a personal ritualistic lunar calendar. 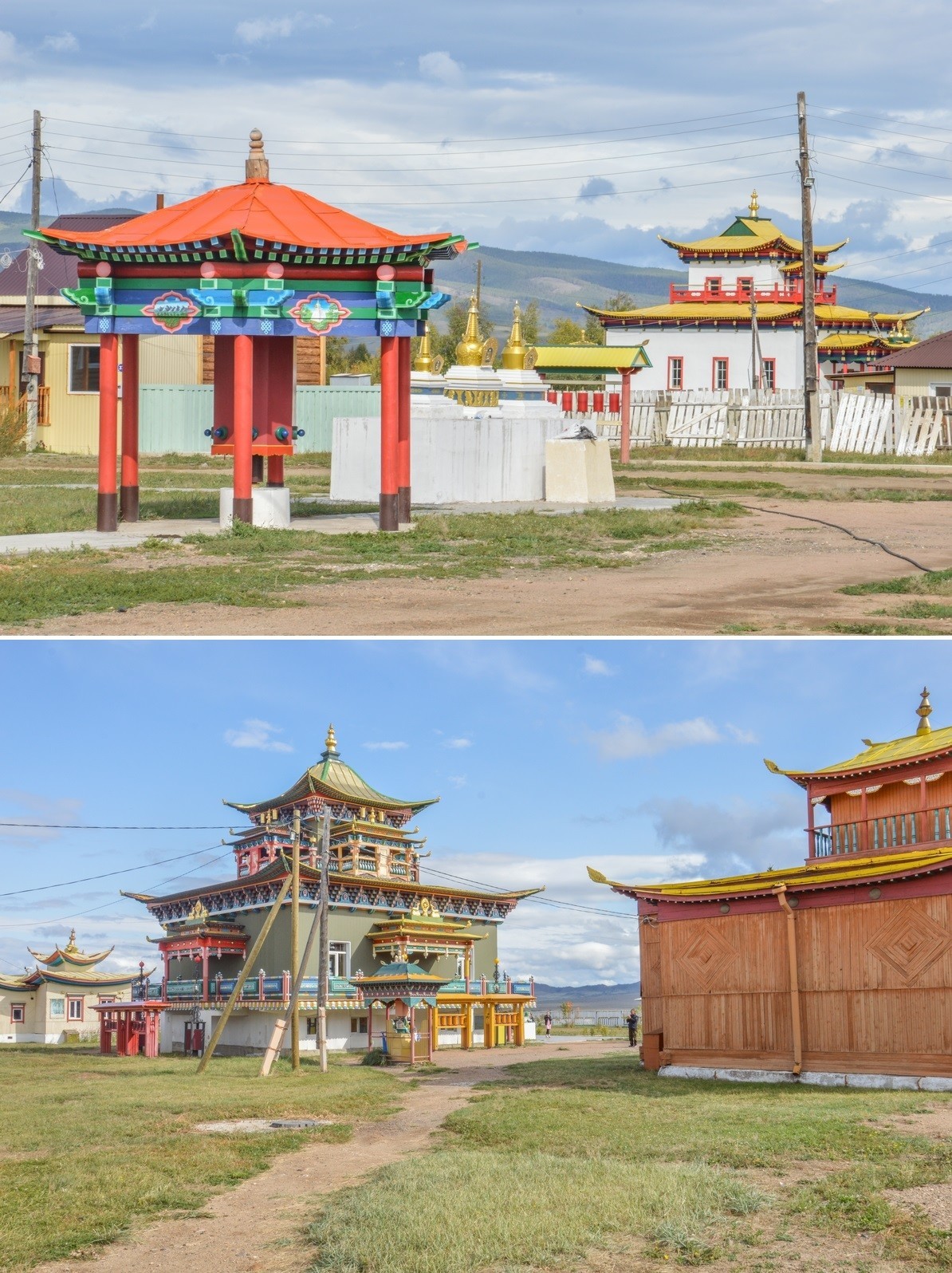 I watch local people performing various rituals with interest. According to one of them, people should get a blessing from an idol, but approach only with closed eyes. 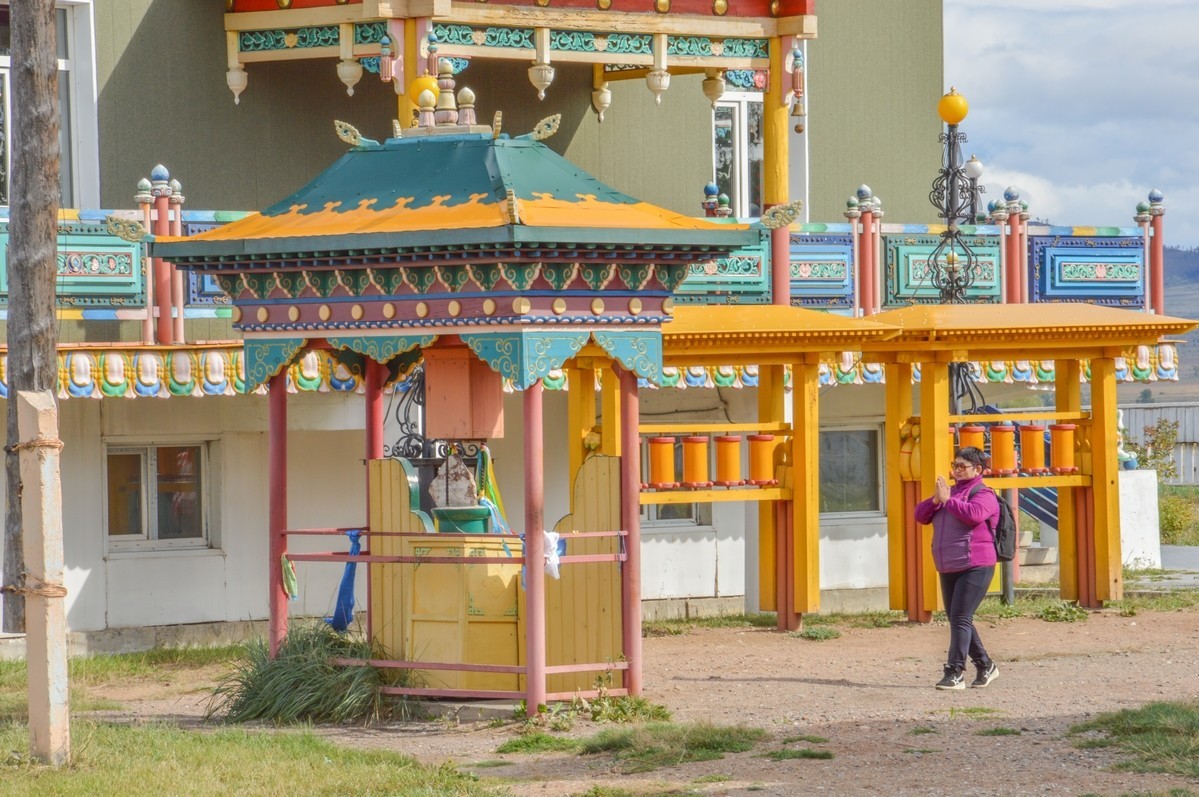 After taking a final look at the hundreds of flags covering the bushes, I finally leave this place feeling an inner peace deep inside, which hasn’t disappeared while I was writing these words. 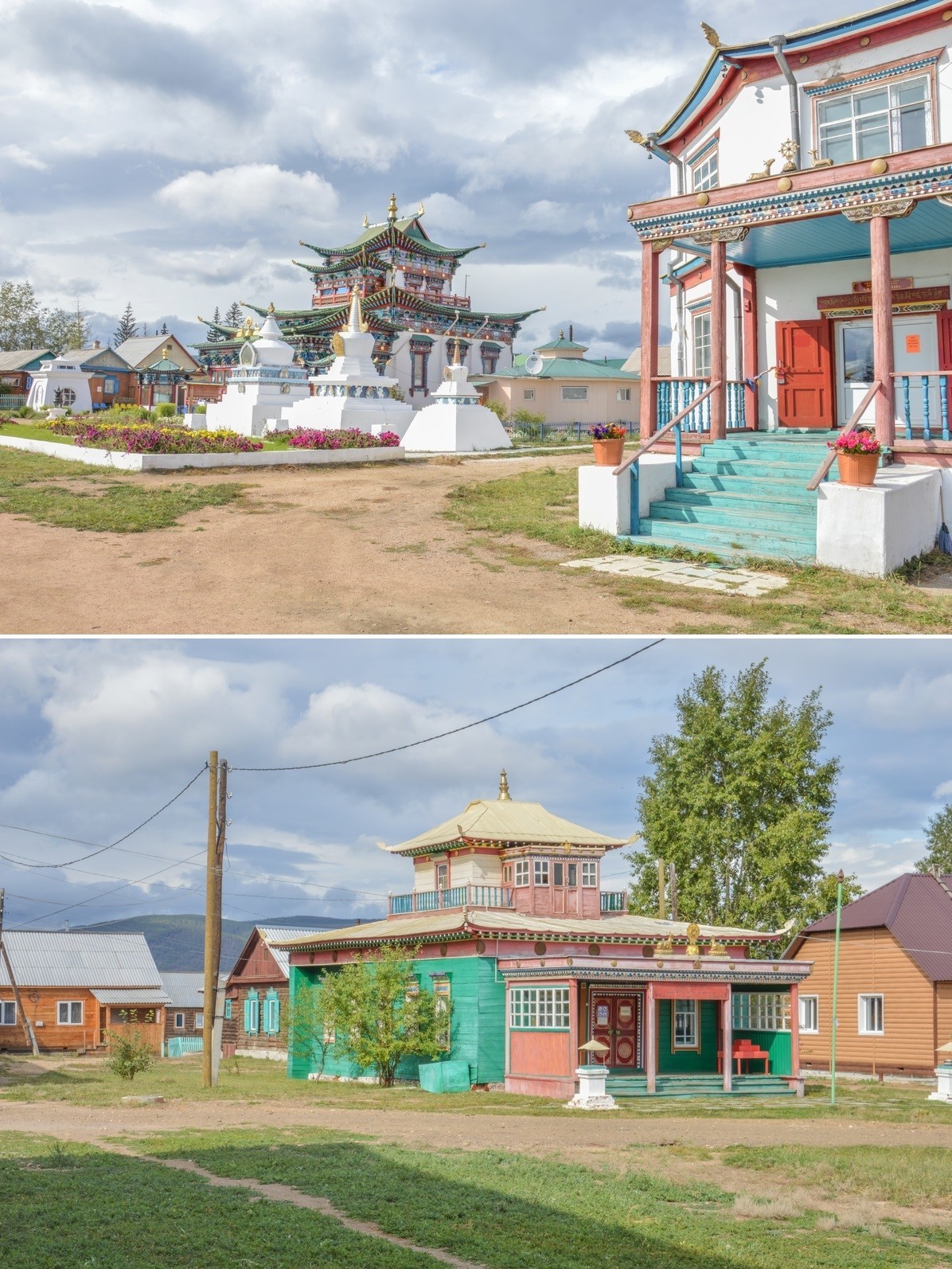