Visiting mammoths, taking snow selfies and other stuff to do in Yakutsk!

Travel
Galina Mozolevskaya
The main local attraction during the winter is, of course, the cold itself. To fully appreciate it, the best time to visit is from mid-December to February. This is when the temperature here drops to 50 C below zero and the streets are covered in a thick fog. Believe it or not, there are some unforgettable things you can do even in such extreme conditions! 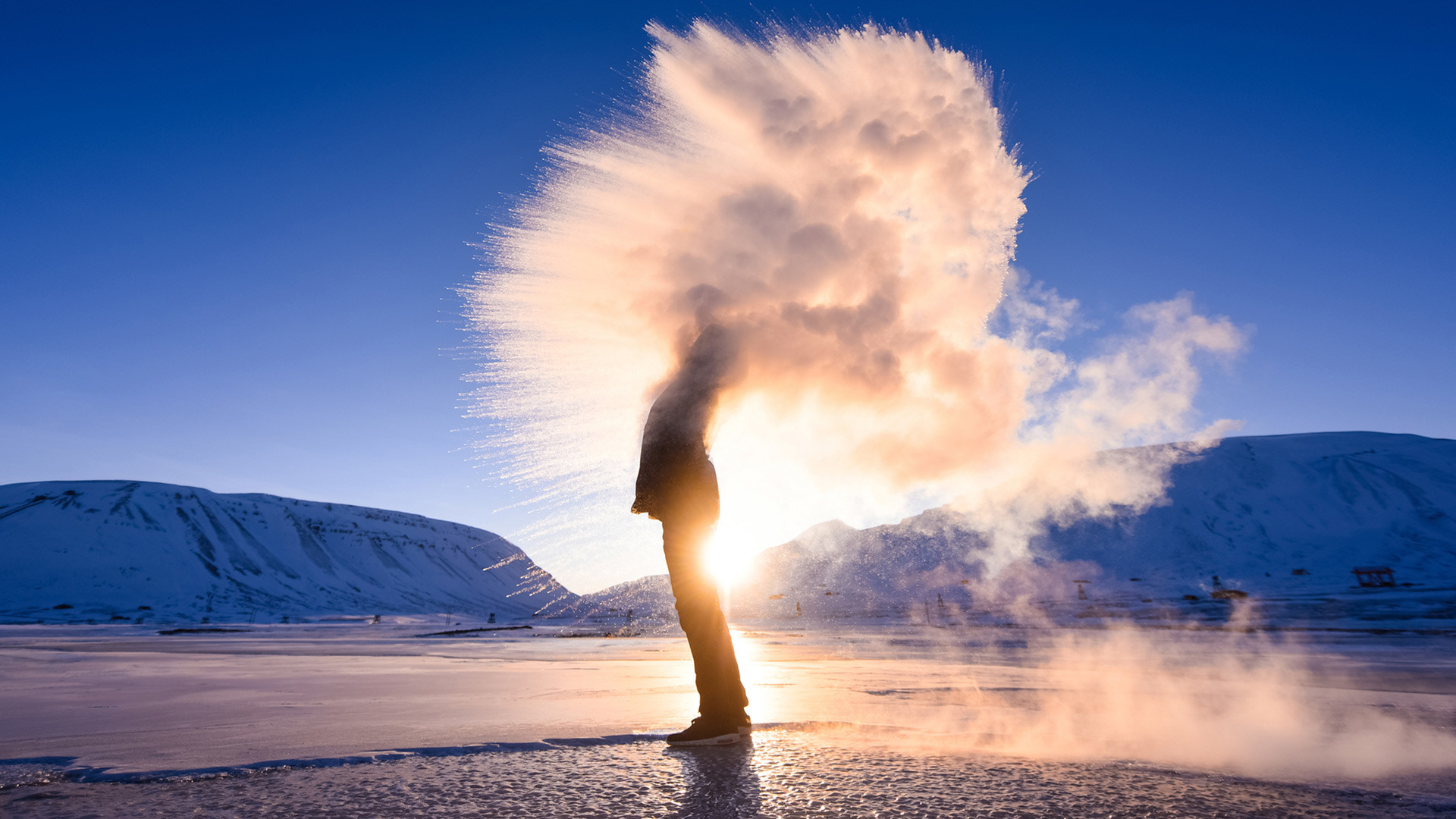 Low temperatures are the best time for so-called “winter fireworks.” All you need to make them is a cup of hot water and an outside temperature of 35 C below zero or colder. Next, go outside and toss the water up into the air. In the extreme cold, hot water freezes instantly, turning into a kind of makeshift ice firework. Tip: for an especially good photo, toss your water in an open place against a setting sun.

Another seasonal pastime is snowy “makeup.” When you stay in the cold for a long time, your eyelashes and hair become covered in frost. The lower the temperature, the faster and thicker the frost becomes. The effect is the strongest when it is 35 C below zero or colder outside. To speed things up, you can always cover your mouth with your hands or a scarf and breathe heavily so that the warm air from your breathing goes up to your eyelashes and hair. A couple of minutes of this and voila! Everything is set for a snow selfie.

Visit a fish market or go fishing yourself 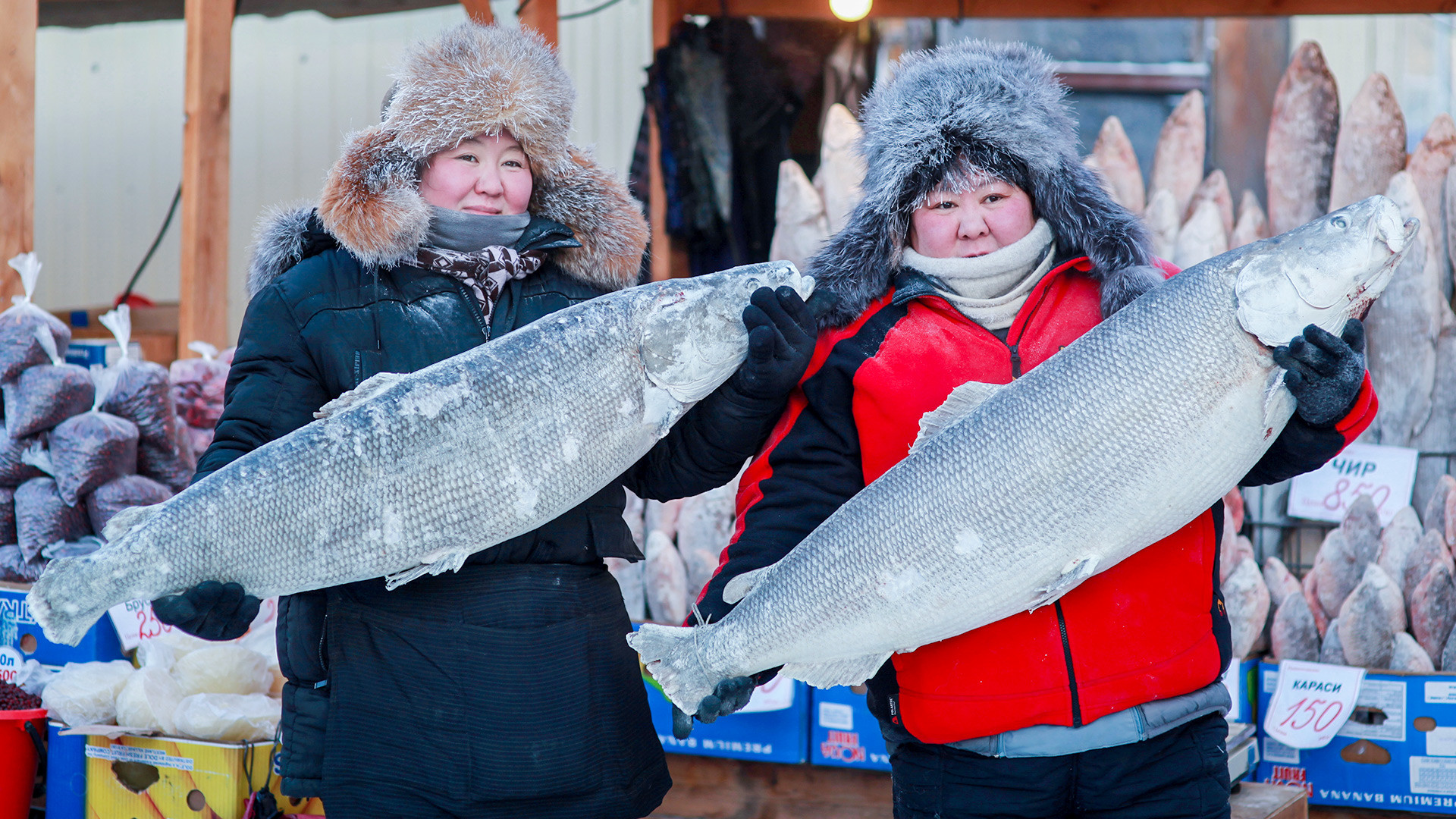 In Yakutia, freshly caught fish is frozen immediately, and therefore it is sold outdoors to keep it from thawing. In the winter, the local fish market becomes a tourist attraction in its own right.

The city's main market, called Krestyansky (“Peasant Market” in Russian), is located about 15 minutes by foot from the central Lenin Square. Here you can buy the most famous Yakut varieties of fish—broad whitefish, omul, nelma, crucian carp—and take some interesting photos.

If you have time and love fishing, you can go on a one-day ice fishing trip on the Lena River. Prices range from $54 (3,500 rubles) to $186 (12,000 rubles), depending on the number of people. Trips include transfers, gear rental, a fisherman's services, hot tea and a small lunch. 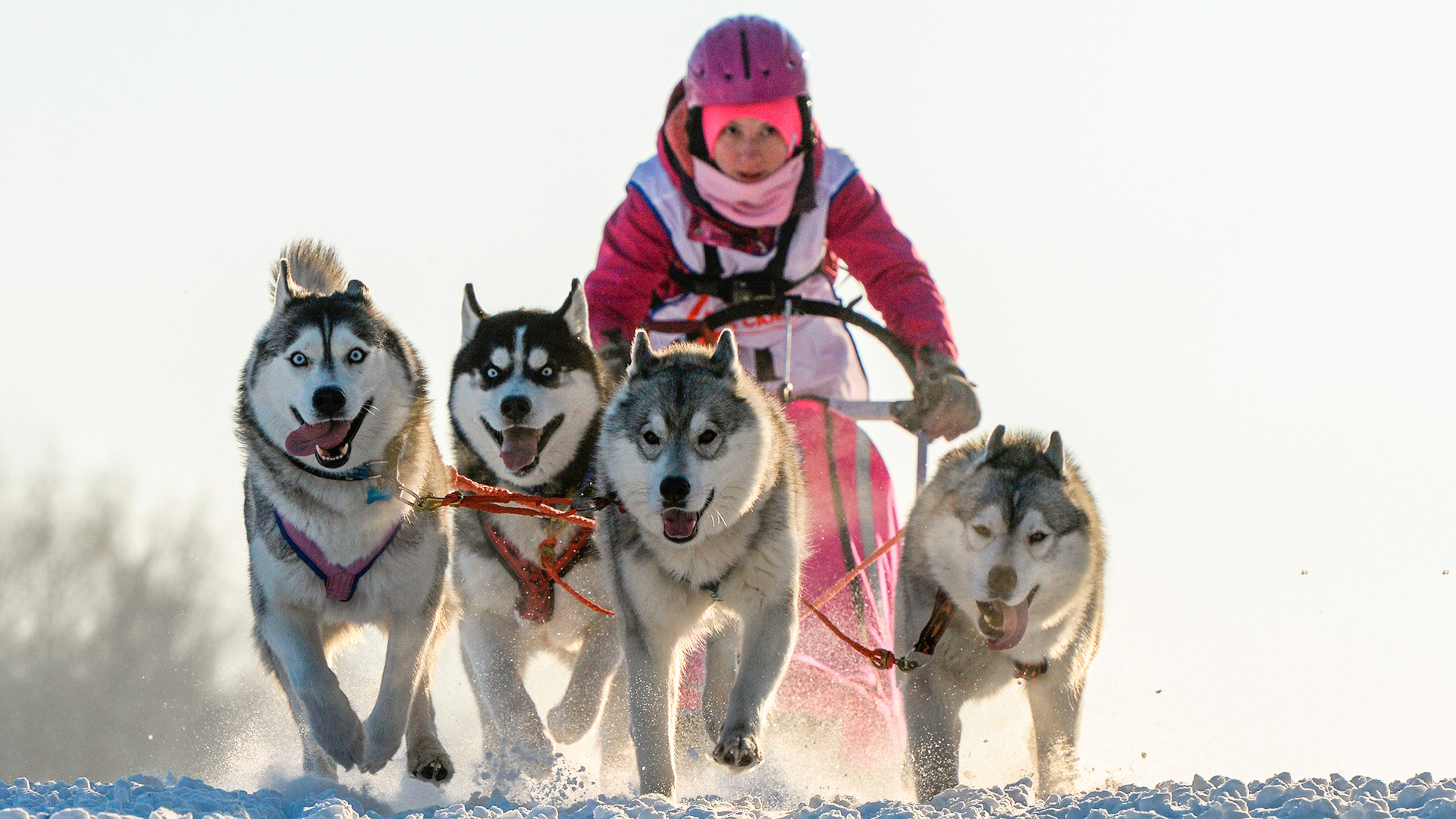 The dog sled is a traditional means of transport among indigenous peoples in northern Russia. The Chochur Muran ethnographic complex has a kennel for Yakut huskies and offers dog sled rides when there is snow on the ground from November to March. There is also a restaurant offering local specialties.

Entry is free, but if you are planning on having dinner or going on an excursion it is better to book in advance. A tour costs $2.30 (150 rubles) per person, lasts one and a half to two hours and can be conducted in English. A 10-15-minute ride around the complex in a dog sled will cost $4.6 (300 rubles).

By prior arrangement, you can book a two-hour-long dog sled ride to the Shaman tree. You will be accompanied by an instructor on a snowmobile but will be able to drive the dog sled yourself. Such a trip costs $70 (4,500 rubles).

If you have time, you can even train as a musher (a dog or deer sled driver). The course includes accommodation on the estate, meals, training and long rides. Prices start at $780 (50,000 rubles). 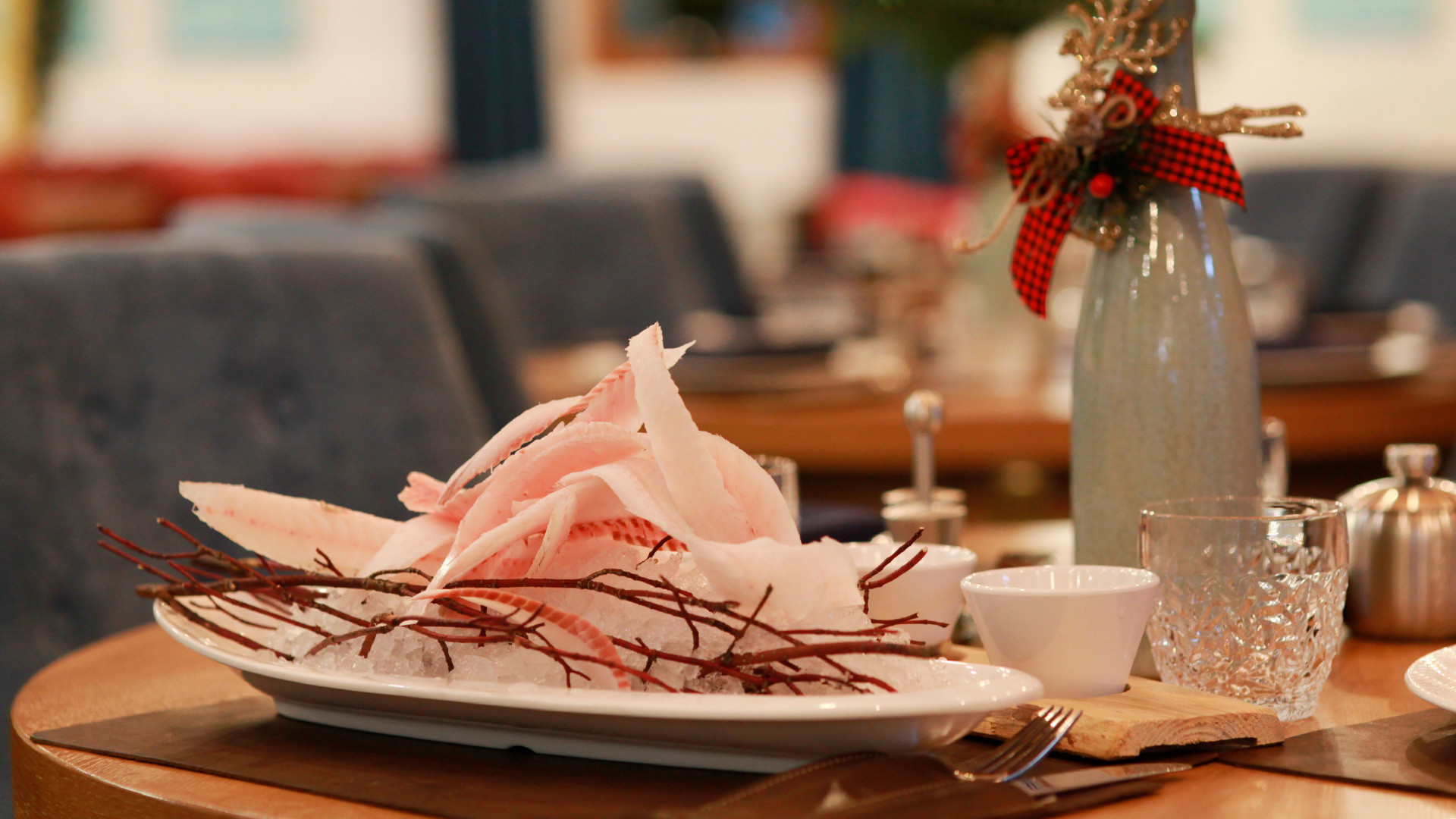 Local cuisine is an integral part of discovering any new place. In Yakutia, be sure to try the local fish and horse meat. The most popular fish dish is stroganina, which is raw, thin, long-sliced frozen fish. In restaurants, you can try it in an Indigirka salad, which is made of frozen diced fish and seasoned with salt, pepper, onion and vegetable oil. There is a meat version of stroganina too that is made with raw, thin, long-sliced frozen horse meat or liver.

Many restaurants in Yakutsk offer traditional local dishes in both classic and modern interpretations. In the city’s historical center, some restaurants specializing in local cuisine include Tygyn Darkhan, Makhtal, and River.Lake.Forest. 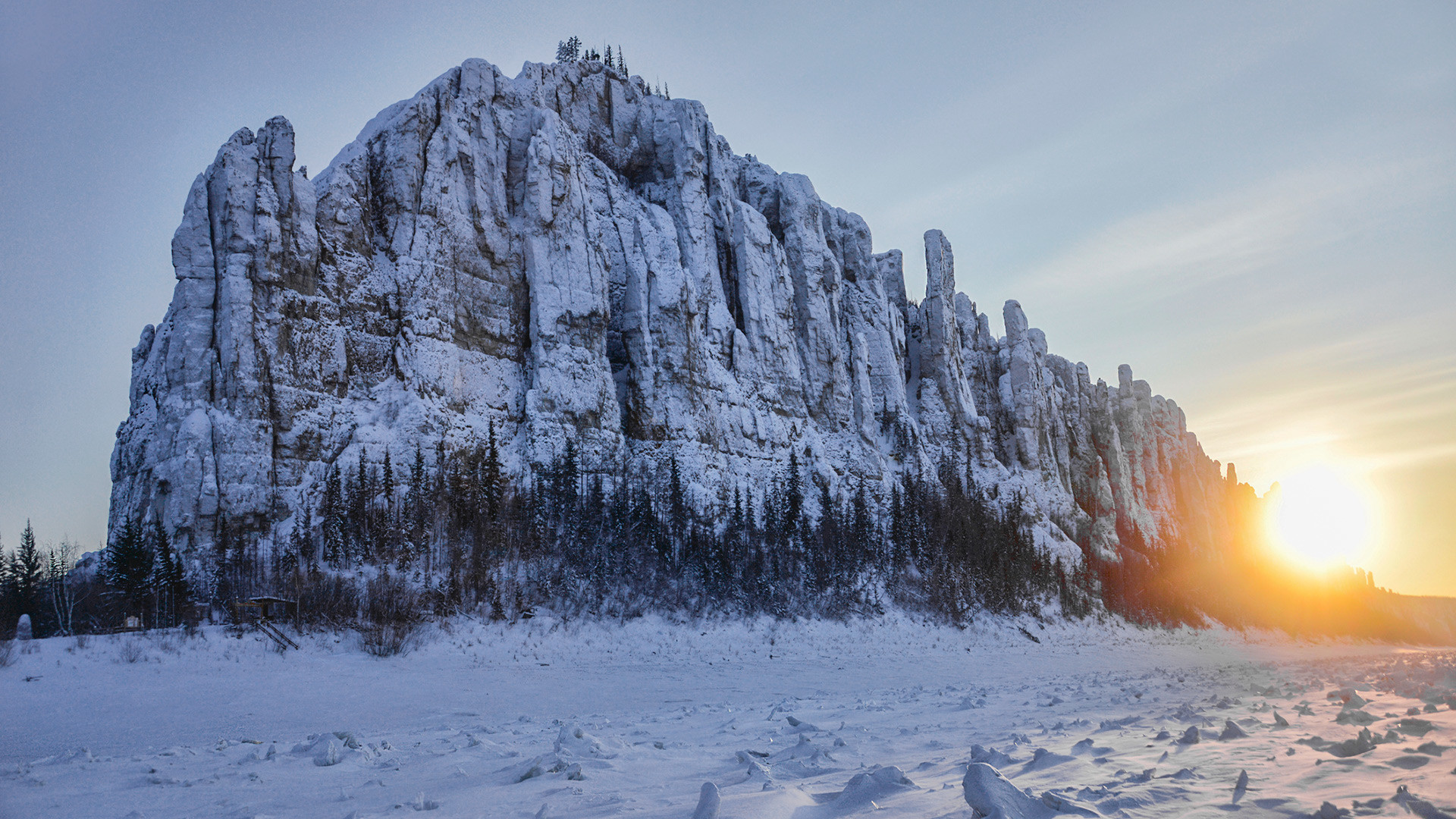 The Lena Pillars national park is a UNESCO World Heritage site featuring majestic cliffs that were formed by erosion over 400,000 years ago.

Although they are located in the neighboring Khangalassky District, the Lena Pillars are rather hard to reach. To see them in all their winter glory, it is best to come at the very end of February when the frosts ease up a bit and the fog recedes.

Officially, the tourist season for the Lena Pillars begins in early March and continues through mid-April. But in the winter they can be reached by car, first by traveling along the highway and then over a winter road on the frozen Lena River. The trip takes from four to five hours.

Such a trip can be arranged through the national park’s administration office, which offers one-day tours by car. Their contacts can be found on their website. English-speaking guides are available.

Another option is to turn to local tourist companies that organize trips to the Lena Pillars year round. A one-day trip in the winter will cost from $30 (2,500 rubles) per person in a group of eight to $225 (14,500 rubles) for an individual trip.

Touch the permafrost and say hi to a mammoth 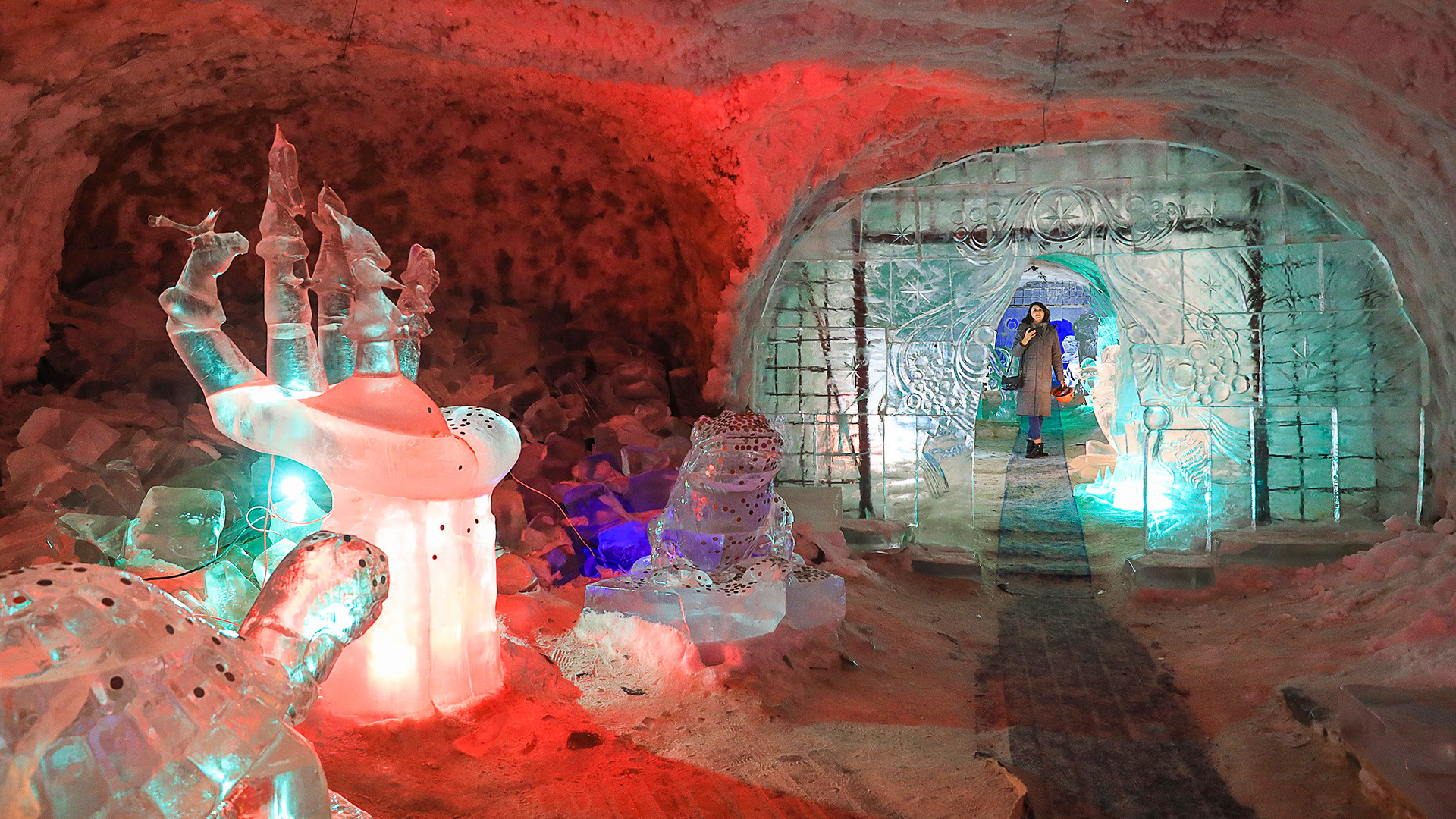 There are only two museums in Russia dedicated to permafrost, and one of them is in Yakutsk. It was created from an underground laboratory of the Institute of Cryogenics, which is also its main exhibit. In 2015, The Daily Telegraph newspaper even put this museum on its list of the 20 most interesting sights in Russia. The museum is open on weekdays, and tours can be made by appointment.

Another place associated with the cold is a tourist attraction called the Permafrost Kingdom. It was set up in an abandoned tunnel shaft at the foot of Chochur-Muran Hill, which used to serve as a huge natural refrigerator for storing industrial quantities of meat, fish and other perishable products. The attractions here include the so-called throne room of the ruler of the cold, Chyskhaan, an itinerant residence of Father Frost's, huge snowflakes and ice sculptures, an ice bar and an ice slide. The entry fee is $8 (500 rubles).

Another must-see attraction in Yakutsk is the Mammoth Museum, which houses several unique mammoth mummies that were found in Yakutia. Some of them are over 12,000 years old. In addition, the Museum of Local History of the North has the skeleton of the Tirekhtyakh Mammoth, one of the few full skeletons of adult mammoths ever found in the world.

What to pack with you when visiting Yakutia in winter 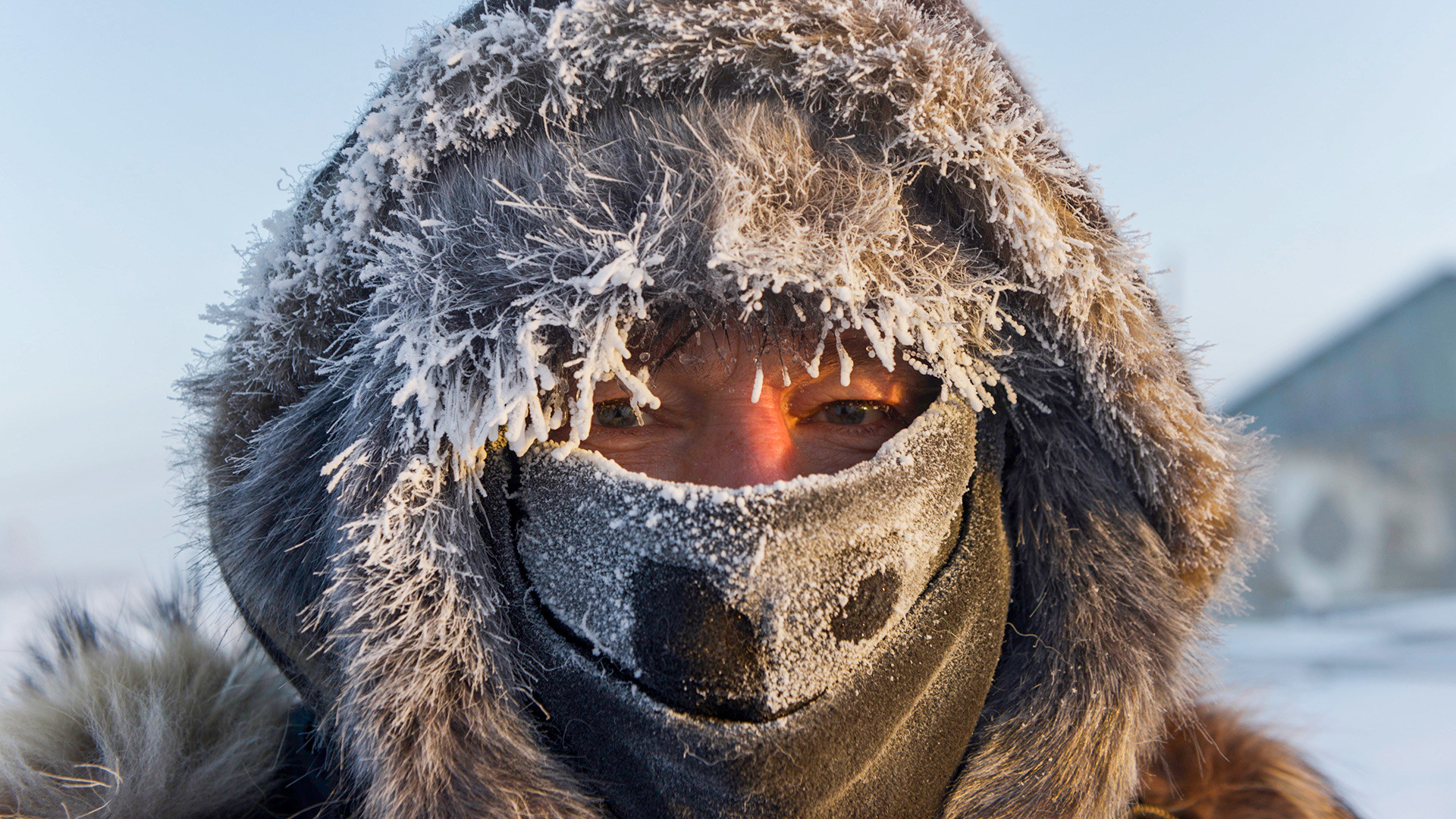 The main rule for surviving the winter in Yakutia is to dress warm. So, when planning a trip to Yakutsk, make sure you pack lots of warm clothes. You will need: