What’s it like living in the COLDEST place in Russia? (PHOTOS) 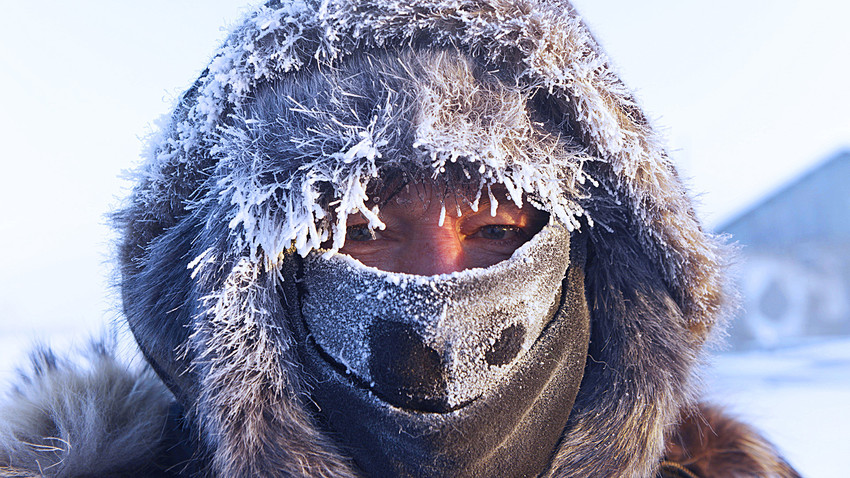 A Norwegian tourist in Oimyakon. The temperature dropped to minus 47C.

Ayar Varlamov/Sputnik
Ever seen what happens to stuff at -50C?

Yakutia is the largest region in Siberia, itself occupying a fifth of Russia’s territory. It is the coldest republic in the country: in many districts, the winter temperature (from October to April) falls below -50C. But which places are the most severe?

Both world records for the lowest temperatures in the world (after the Antarctic) wereset by Yakutia. But unlike in the Antarctic, which does not host a civilian population, in Yakut settlements people live all year round, in defiance of the cold.

Today, two places are competing for the title of the coldest place on Earth: the village of Oymyakon (population 500) and the town of Verkhoyansk (just over 1,100 residents). Their temperatures only diverge by about 0.1C.

Any way you look at it , it's very cold here, and the onset of frost is rapid . In August, it can be 30C outside, while in September, it can be below zero. The average temperature in the two places from November to February is -45C!

Paradoxically, Oymyakon means "never frozen" in the language of the Evens, the indigenous Yakut people. In this area, you can really see non-freezing groundwater rivers, even at -60C.

Some residents of Yakutia even entertain freezing tourists by taking "snow baths".

But visitors who are not used to such extreme cold, immediately get typical Yakut "make-up".

You also need to be more careful with your gadgets. Traveler Ilia Voskresensky advises to always keep your phone charged, close to the warm body, and use it at a minimum in the cold. But for the camera, which is instantly covered with ice, he recommends making a cover of polyfoam with sections for chemical heating pads.

"It’s important to avoid a sharp drop in temperature… otherwise it will immediately fog up, and moisture is not good for the camera," he writes in his Instagram after taking part in the extreme tour of the coldest places of Yakutia - "Cold Conquerors", which starts in late January.

This season's participants recorded a minimum temperature of -54C in the Oymyakon district, while iVerkhoyansk – only saw a “measly” -50.5. They were lucky with the weather!