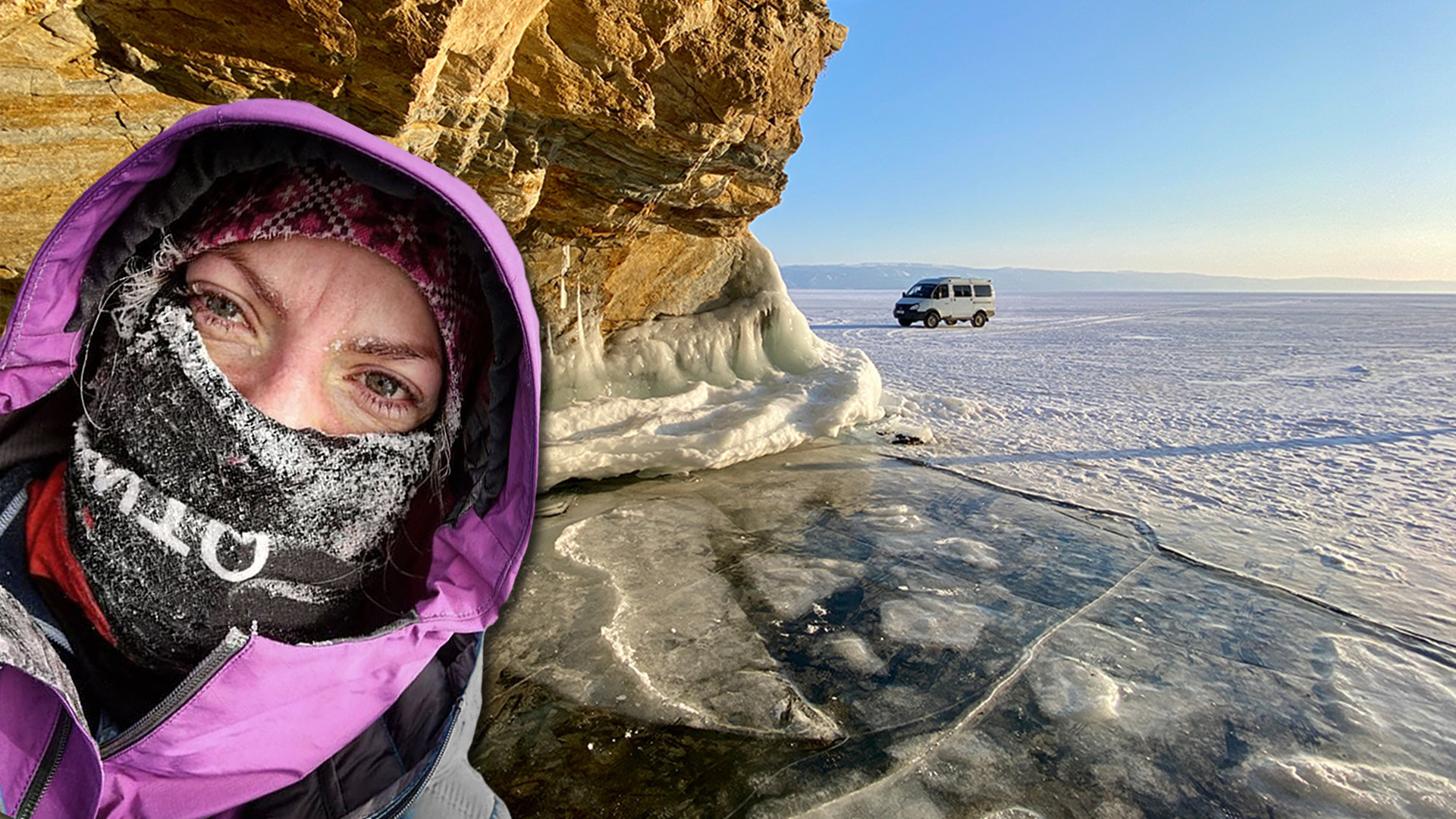 Regina Johansen / Vsevolod Pulya
Regina Johansen from Sweden completed a solo walk across Lake Baikal while it was frozen. Traveling south to north, she covered a distance of 700 km in 15 days. She walked 40-60 km a day and slept on the ice at night. Regina shared with us what she learned during her remarkable trip.

“There is nothing more magical than going to a remote place away from tourists. I saw pictures of Baikal in the winter on the internet and was stunned. When I found myself there, it was just wow!” Regina says.

She is not alone in her impression of the world's largest freshwater lake – just about everyone who has ever visited Baikal is awed by its sublime beauty. However, not many people venture there alone and much less during the winter. Regina shared some tips about how to plan this kind of adventure.

1. You must know what you are doing

You should not be going solo on an extreme adventure if you have absolutely no experience. Before Baikal, I had traveled solo across Scandinavia for two months, and this trip to Siberia was good training for other large expeditions I plan to go onin the future.

2. Start your preparations by gathering information

I studied the area, read about the lake itself and about the properties of the ice. I talked with travelers who had already been there. It is a good idea to mark down on the map places you should pay special attention to.

3. Check your gear before you set off (and remember that something may not go according to plan…it is Siberia after all!)

I spent the night on the ice several times, and on the first night putting up the tent was not an easy task. The plugs just refused to go in, although in Norway everything had worked perfectly! So, in the end I had to look for cracks in the ice.

On an expedition, there is no such thing as “a survival kit.”All your gear is important: a tent that stands up in the wind, a good kitchen, clothes that breathe and keep you warm.

4. Register with the Emergencies Ministry and identify people with whom you will be in touch on a daily basis

I posted updates on social media and my route could be tracked on an interactive map. Twice a day, I wrote to my emergency contacts to let them know that everything was fine with me.

5. Be prepared for a difficult start

At the beginning of my expedition, the temperature dropped to -37 degrees, and that became the most difficult part of the trip. I fell several times because of the strong wind. It was so hard to pull a 55 kg sledsometimes!

6. Do not be afraid of loneliness

By evening, I was so tired that all I had the strength to do was to cook something to eat and to plan the next day, so there was no time to think about loneliness! I walked for 11-13 hours (40-60 km) a day. During this time, you can think your own thoughts, but at the same time you must be constantly present in the moment. Of course, you feel more comfortable when you go on an expedition with, say, two people. But you learn a lot when you are on your own.

7. Do not expect to get enough sleep!

I slept for only about four hours a night because of...the rumble of the ice! The sound of cracking ice is very unusual. Sometimes it is scary and sometimes beautiful. Sometimes the ice trembled, and this too kept me on my toes.

8. A language barrier is not something to be afraid of!

Of course, you will encounter a language barrier, but even in Siberia you will find people who speak English. In Irkutsk, I met a guy who took me from the airport to my starting point (the village of Kultuk). On Olkhon island I got help from local residents too, and I am still in touch with one of them. At the very end of the expedition, I met a girl from Severobaikalsk who showed me around the city and even treated me to home-cooked fish soup.

9. Be ready for unexpected discoveries

Siberia is ultimately a story about people. Siberians are different from other Russians. They are not bothered by little things because they are confident they can solve any problem. At the same time, they are more down-to-earth and outgoing.

10. Be aware that you might get addicted to the place

As soon as I left Siberia, I wanted to go back! It is addictive! I plan to go back there some time in the future and get to Oymyakon and Yakutia. Those are places of stunning wildlife and indescribable beauty.