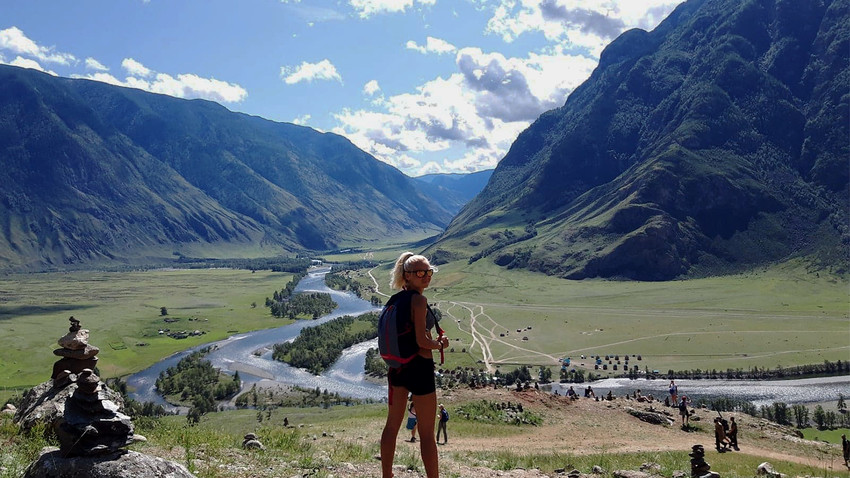 Ana Dudukovic
Skiing, rafting or hiking - there's plenty to do in Siberia to make your journey unforgettable.

While Moscow and St. Petersburg are the main tourist draws in Russia, Siberia remains a rather untouched and unspoiled holiday destination, at least among foreigners. And yet, it does have many things to offer, especially for those who love nature and sports and are not afraid of a little backpacking.

1. 'It was bare survival in nature' 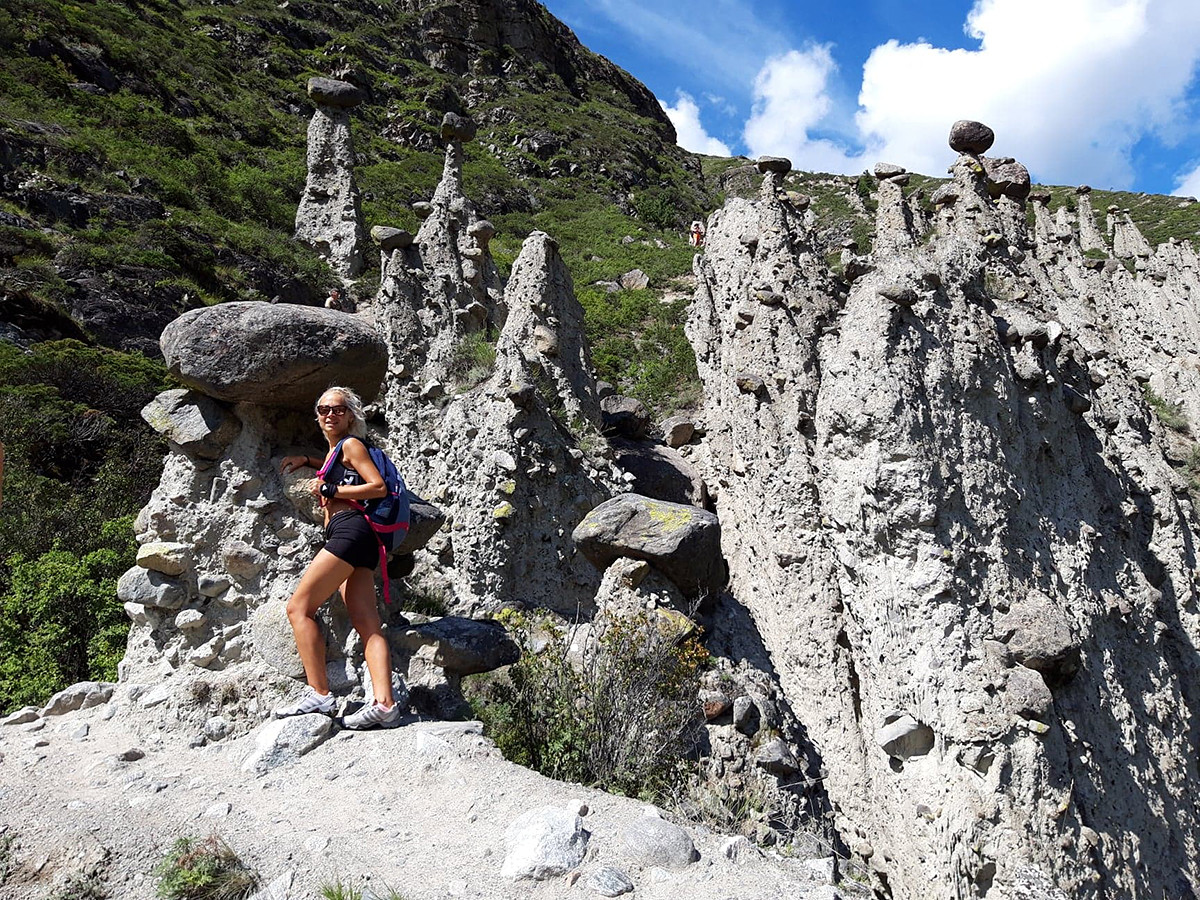 Ana Dudukovic, PR manager from Serbia, visited Siberia in 2019, as part of the "New Generation" program organized by Rossotrudnichestvo (the Federal Agency for the Commonwealth of Independent States, Compatriots Living Abroad and International Humanitarian Cooperation). The program offered an opportunity to take part in the "White Water of Siberia" International Rafting Forum, and Ana, a true nature lover and member of the Serbian National Dragon Boat Team, decided to apply.

"The forum was taking place in August and it lasted for 10 days. During the forum we switched three camps in Altai mountains (southern Siberia). We had an unforgettable adventure: rafting, trekking, climbing and visiting incredible natural sites like Lake Teletskoye, Geyser lake, Mars fields, waterfall Uchar, Akkorum and the Stone Mushrooms. We slept in camp houses or tents, without electricity and water and could have proper and adequate experience of the wild life. (Here) nature is intact and while you are hiking, you can drink water from Siberian rivers," she recalls. "Special adventure was swimming in cold rivers as there is no bathroom. We could only meet cows and horses! No stores, no other people, no bathroom, cell signal, no modern civilization - it was bare survival in nature." 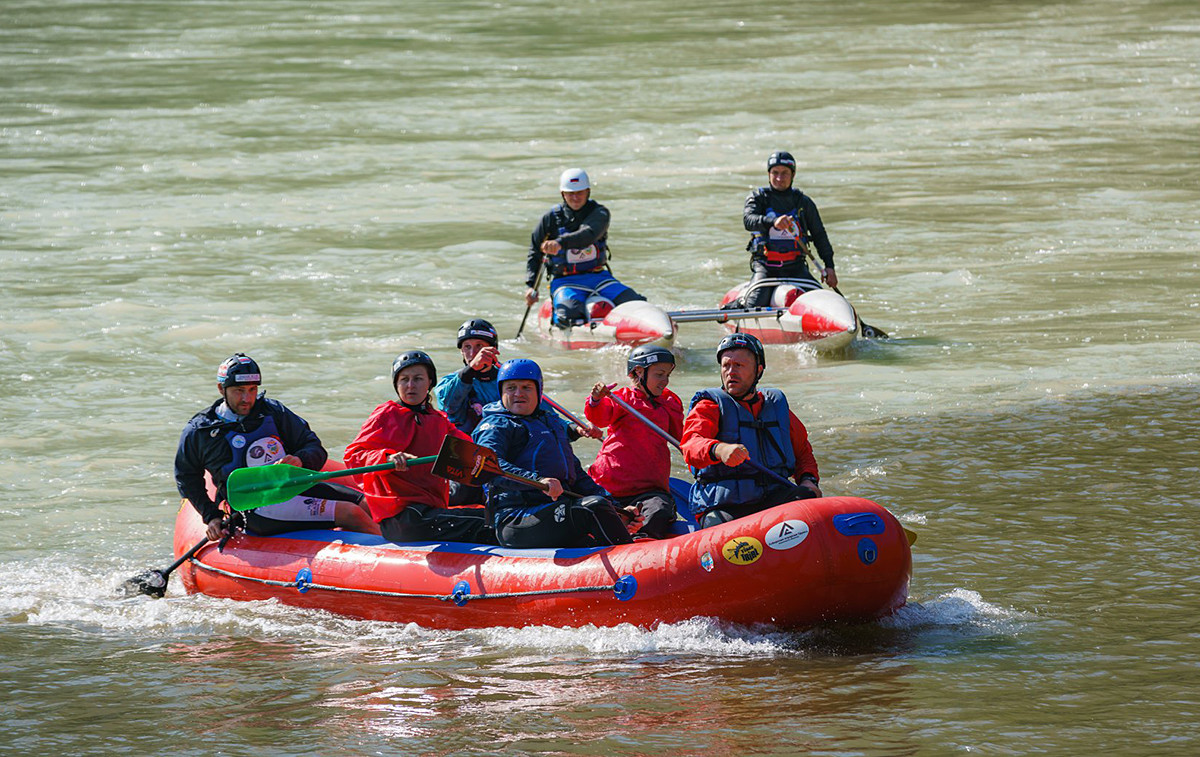 "Rivers here are fast and wide and very dangerous, offering lots of adrenaline to any rafter," Ana says.

An absence of accommodation was something that Ana liked especially, as it prevents ordinary tourists unprepared for the camping lifestyle from flooding the region. "Mass tourism would lead to pollution and destruction of the environment," she notes.

Another thing she enjoyed was the rafting experience. "Rivers here are fast and wide and very dangerous, offering lots of adrenaline to any rafter. Don't ask me how I know water is cold - on one raft our boat flipped and that was quite a dangerous situation - luckily we were fine," she remembers. 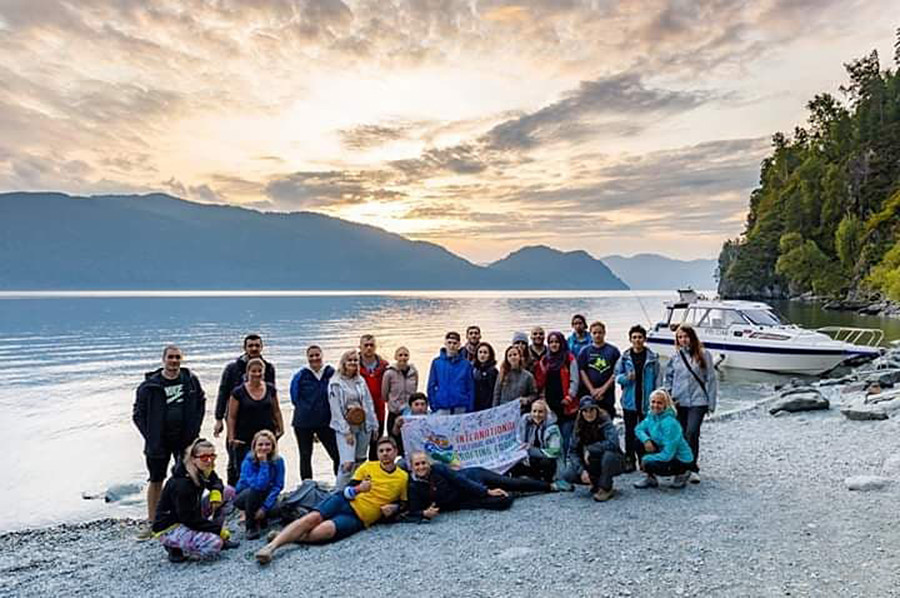 "(Overall), there was nothing I didn't like in Siberia! Aside from beautiful landscapes, we visited the city of Tomsk so we could experience Siberian city life. We experienced culture of the region, with Cossack life style, Orthodox Christian and Muslim part of the town, visited the lumberjack festival... However, the biggest impression was landscape. I have visited many nature camps and paddle in many rivers but what I experienced in Siberia is unique! My sincere recommendation but only for true lovers of intact nature and wild rivers!"

2. 'Our hotel was quite close to something that I think was a jail'

Patric Daccache from Germany moved to Moscow last summer due to work. He traveled a lot in the past, and last November decided to visit Siberia's popular skiing destination - Sheregesh. "My ex-girlfriend told me about the place and we went there together. I expected ice cold nights and wild ski spots," he recalls. 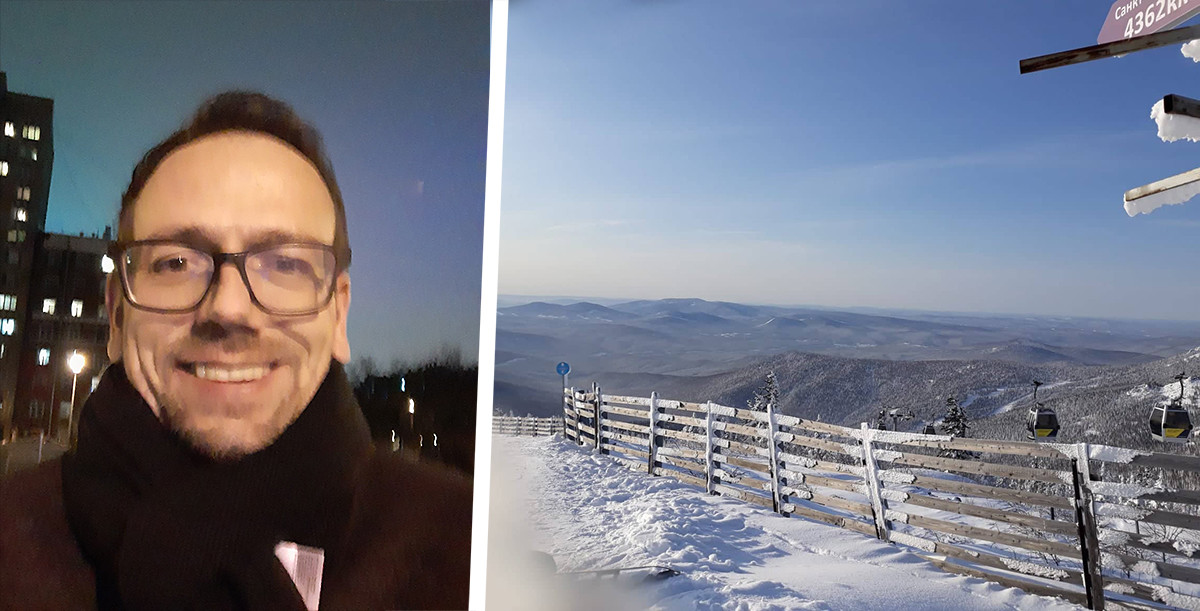 "We were there for 10 days. Our hotel was quite close to something which I think was a jail. Once I was out for a walk in the evening and got lost a bit. Gradually I found myself surrounded by military or police guys. But they were really friendly and helped me to find my way home," Patric says. "What also was really remarkable was that there aren't too many foreigners there. I was quite an attraction

Speaking about the ski resort itself, he admits that he expected the mountains to be a bit higher. "In Germany I'm living outside of Munich, in the Alps and so I'm used to really high mountains," he explains. "As for the pistes, they were really well-prepared and we had wonderful snow. The weather was also great. It was snowing at night and in day time the sun was shining."

Patric is sure that Siberia has a lot to offer as a skiing destination: "I talked to a lot of people who come here every year. The pricing here is ok and the prices of the ski area are appropriate. I rented my ski equipment and that was also not expensive. The journey from Moscow to Sheregesh was very comfortable and the transfer from the airport was in time. Restaurants and bars are also very nice and not too expensive, especially compared to Europe."

One thing that he found really annoying was that he had to buy separate tickets for almost every single ski lift (each is owned by a different company), but apart from that, there was nothing bad about his experience.

"Sheregesh has a wonderful landscape and there were a lot of offers like spa and ski tours. I would recommend it, especially for beginners. Overall, I'd say that 7-10 days is really enough there. And I'd definitely go there again."

3. 'I've never been anywhere that felt as wild or remote' 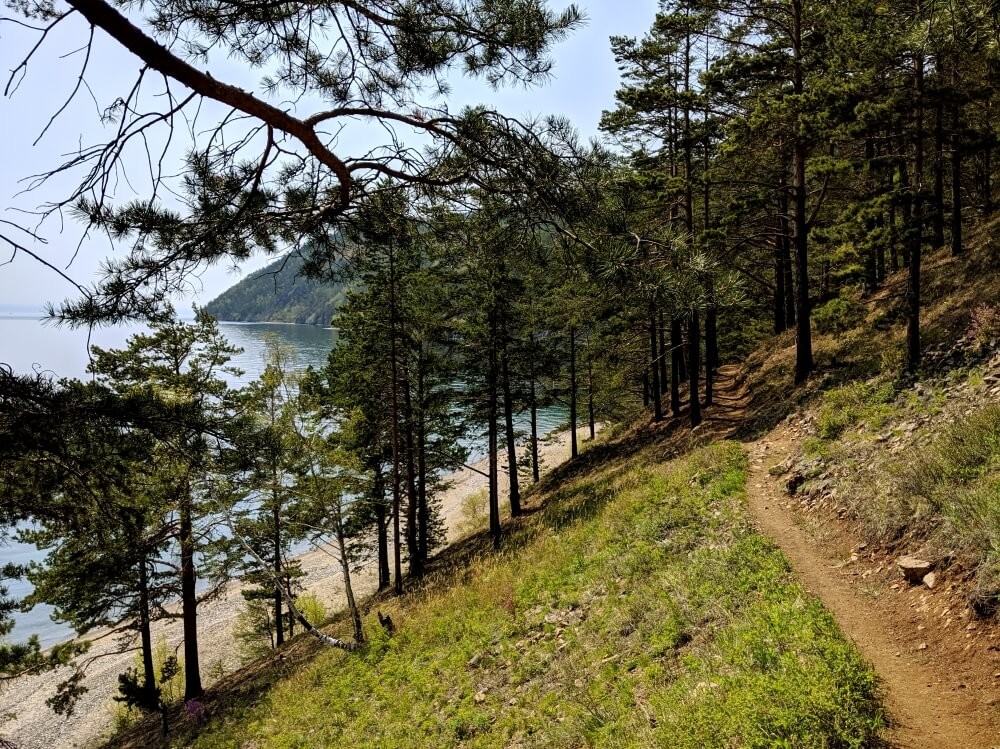 A frequent traveler and blogger from England, John Pilkington, visited Russia five times since his first visit as a student in 2010. Siberia was a key destination among those he visited on his latest three-week Trans-Siberian adventure in 2019.

"I'd always wanted to do the Trans-Siberian - it was something on my bucket list and last year the timing was perfect: I wanted to do a longer trip and I really wanted to re-visit Russia and spend a longer period there to use my Russian again, but I was bored of always visiting Moscow, so I wanted to see more of the country. I realised I'd never done much exploring of the nature in Russia, so Siberia seemed perfect," John explains. 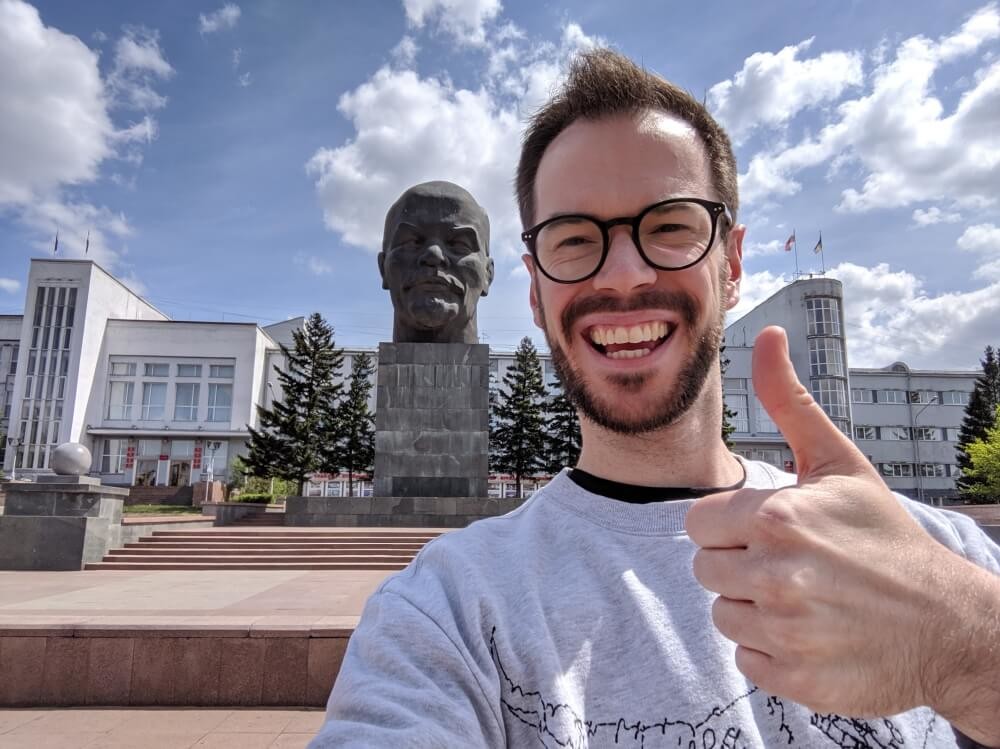 He traveled alone and spent around eight-nine days in Siberia visiting cities like Ulan-Ude, Krasnoyarsk, Tomsk and natural sites, such as the Great Baikal Trail and the Stolby National Park. "I spent a day hiking the Great Baikal Trail and one day in Stolby National Park, unfortunately that was all I had time for," he notes. "I think Siberia is an amazing destination, especially for hikers and people who want to experience the outdoors. The main issue is getting there - there are very few direct flights from Siberia to Europe (although I think S7 do Novosibirsk to Dusseldorf), instead you mostly have to go via Moscow which is a hassle. The trip was very affordable compared to Europe - especially for train tickets. I had absolutely no problems on my way. Knowing Russian obviously helps, but I had the feeling that everyone was trying to help me." 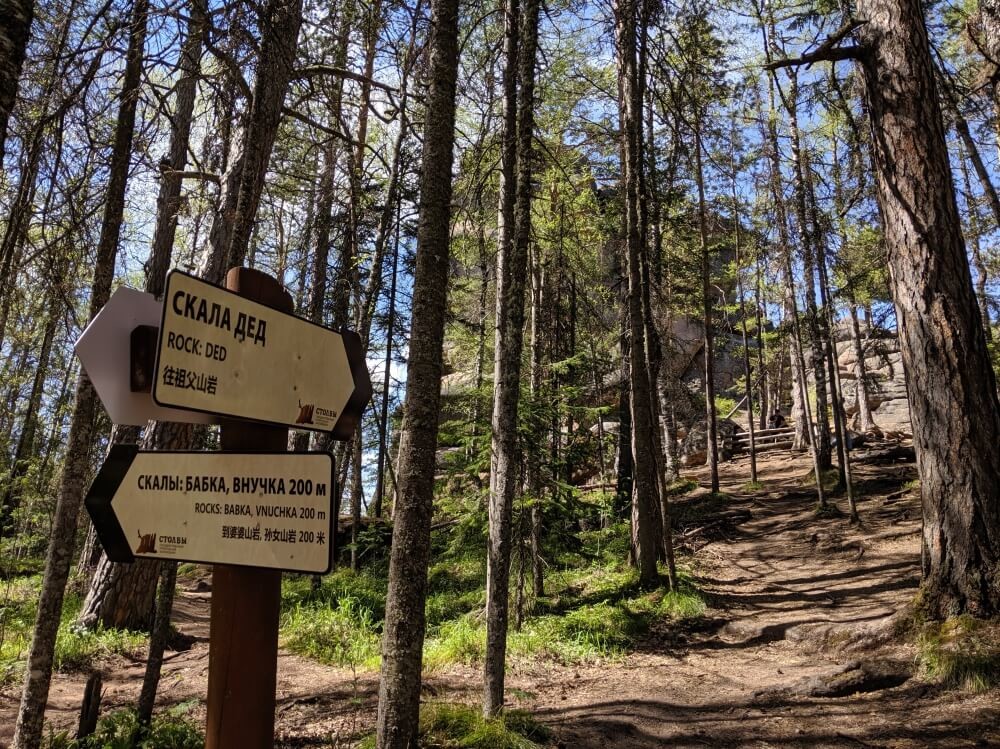 "The nature and the feeling of isolation is amazing. I've never been anywhere that felt as wild or remote. But there is also real history there - the history of how the towns developed and how the railway was made is really interesting. Plus you have some great Soviet relics, which are harder to find in cities like St. Petersburg. The food I loved, the people were amazing and I really, really loved travelling by train."

John's top tip for those who also plan on doing some hiking in Siberia is to download the MAPS.ME map before heading out: "It has a LOT of local hiking routes already marked. Make sure to tell your accommodation where you are going, make sure if you are hiking alone to make lots of noises so that local wildlife (i.e. bears) will be warned of your presence and move away. If you don't read Russian, learn some to recognise some basic signs and words, like DANGER, NO ENTRY, BEARS etc. But also do plenty of research beforehand - there are some amazing national parks and hiking trails that I would love to go back to do next time!"