This woman traveled from India to Russia... by car 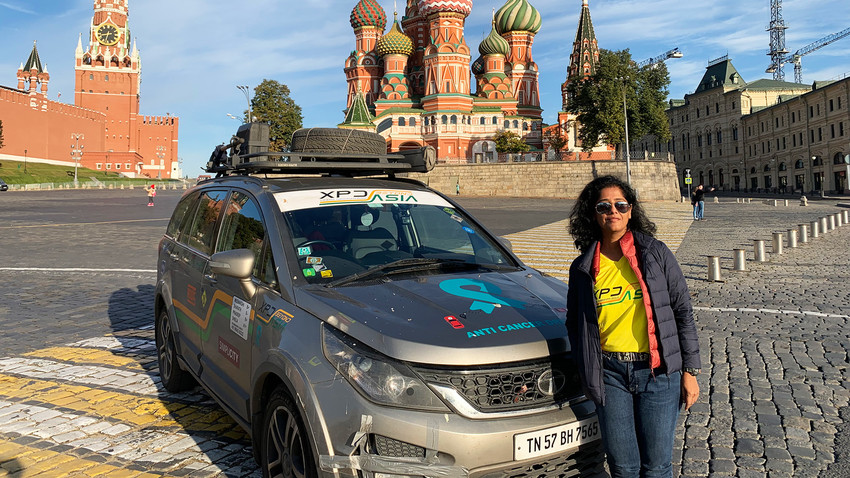 Personal Archive
Together with her team, Meenakshi Sai Arvind drove 21,700 km, crossing the Himalayas and the Trans-Siberian Highway along her path.

It’s September 27, 2019. After a 52-day-long trip through Nepal, Tibet, China and the whole of Russia, an automatic Tata Hexa SUV is reaching its final destination - St. Petersburg.

“[It was] amazing. One of the biggest moments of my life,” recalls Meenakshi Sai, 47, an experienced female driver and traveler who headed the expedition. “When we reached the hotel I wept openly and hugged my team. We went up to the hotel bar and opened a bottle of champagne. Celebrated all night as we didn’t have to drive the next day!”

Along with her brother and six other crew members, on August 6th she left the city of Coimbatore and set off on an adventure through Nepal, across Tibet, and into mainland China until crossing the Trans-Siberian Highway - from Vladivostok to St. Petersburg. 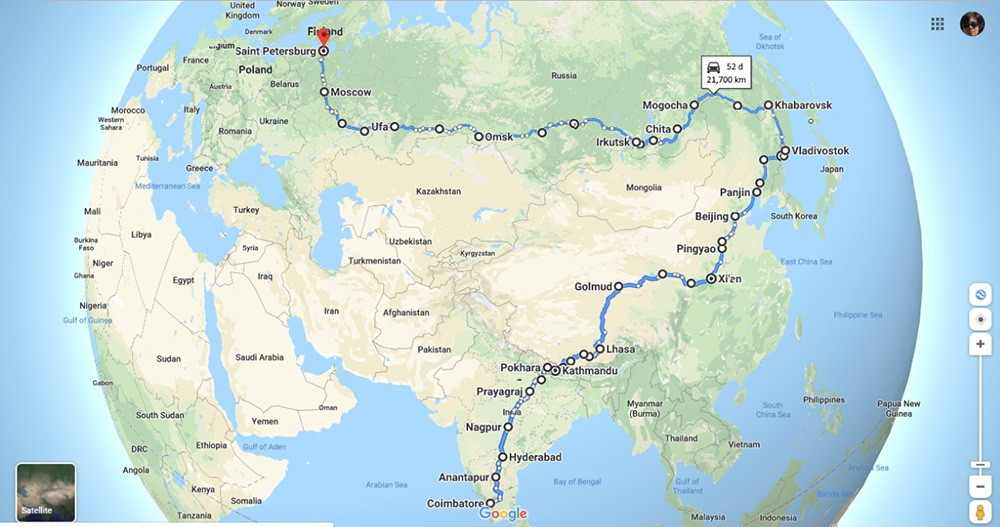 It wasn’t the first long-distance road trip for her. In 2017, she crossed 26,800 km from Coimbatore to London in 72 days and, after Russia trip, she plans to cover all the major highways in the world in the coming years.

A cousin of Narain Karthikeyan, India’s first Formula One driver, Meenakshi has been driving since she was 15. Her family is involved in the spinning industry, manufacturing cotton yarn. She also owns a resort in the city of Dindigul, Tamil Nadu. 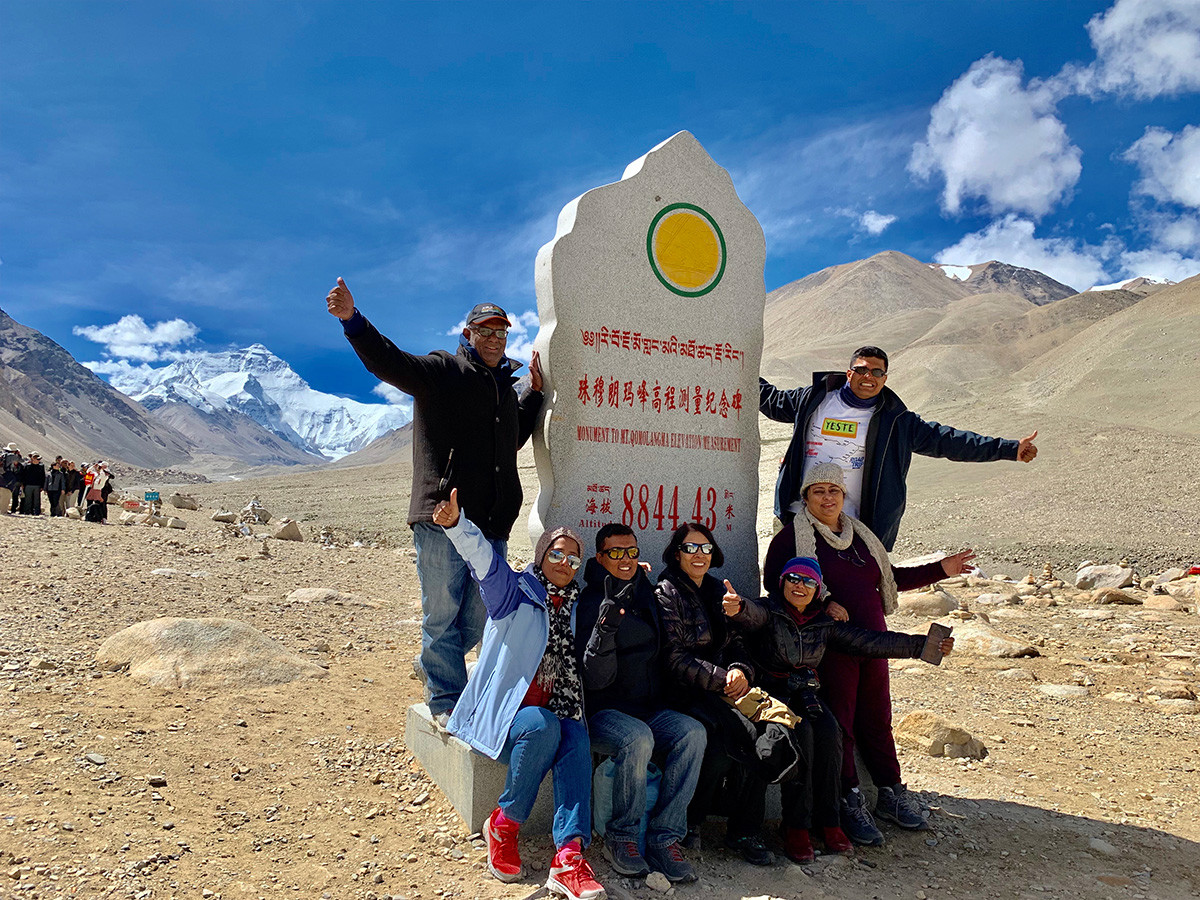 At the Everest Base Camp

“I have traveled to 70 countries so far and everywhere we go, we usually rent cars and drive to see the country,” she says. “My family and friends have always been very supportive and they were not too surprised when I announced this trip (to St. Petersburg).”

As Meenakshi recalls, it took about three months to do all the paperwork and find appropriate accommodation for the crew to stay along the way. The largest auto manufacturer in India, Tata Motors, supported the expedition and provided two cars. 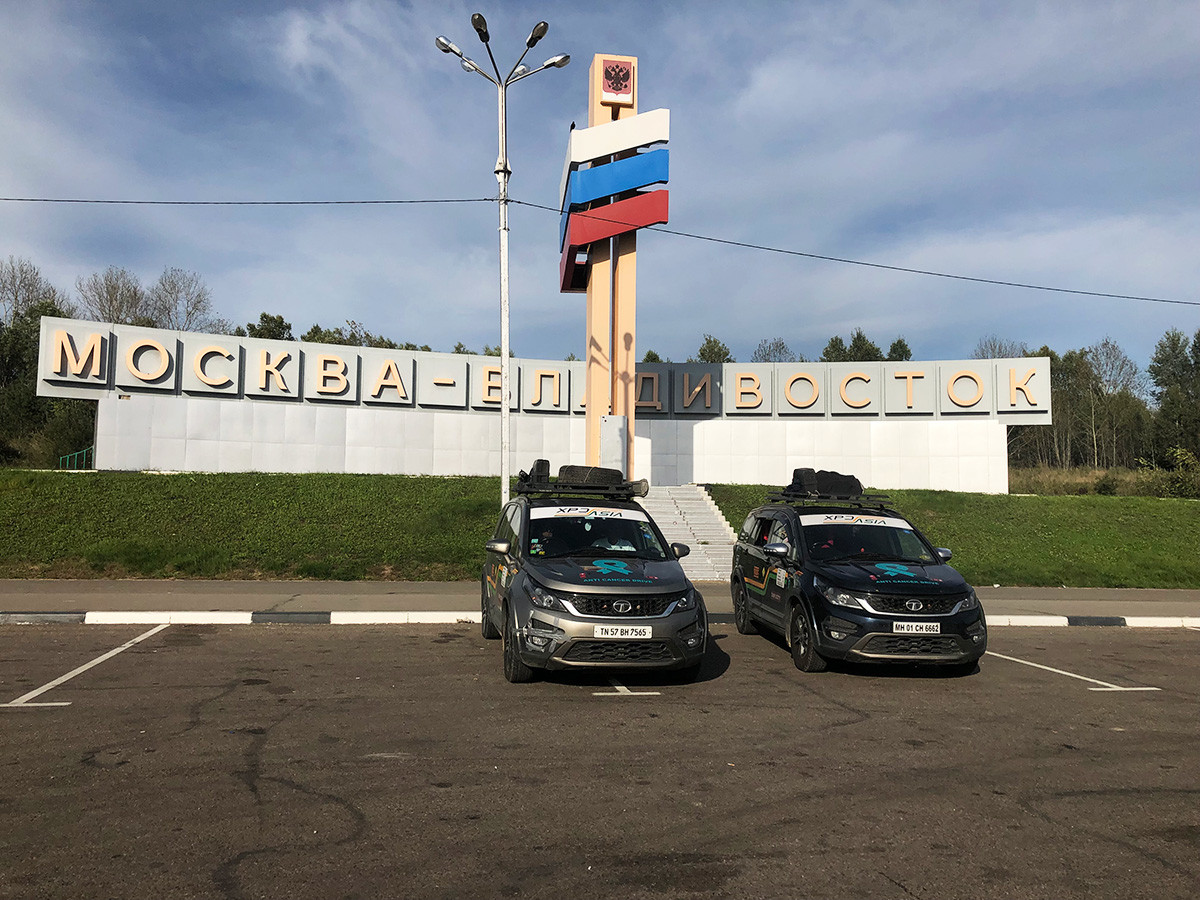 The start of the Trans-Siberian drive

Meenakshi didn’t drive alone during the route. She and her team (four men and four women) took turns driving the two cars. However, it didn’t make the expedition easy. “Kathmandu to enter Tibet was the toughest. There were no roads and we didn’t have 4x4 (four-wheel) cars. Ours were 2-wheel drive automatic and on one day we took 8 hrs to cover 35 km. Literally inched all the way,” she notes.

The Russian part of the journey turned out to be no less tricky. “We found it hard to drive the Trans-Siberian because of the single carriageway, and overtaking was hard because our cars were right-hand drive vehicles,” Meenakshi recalls. 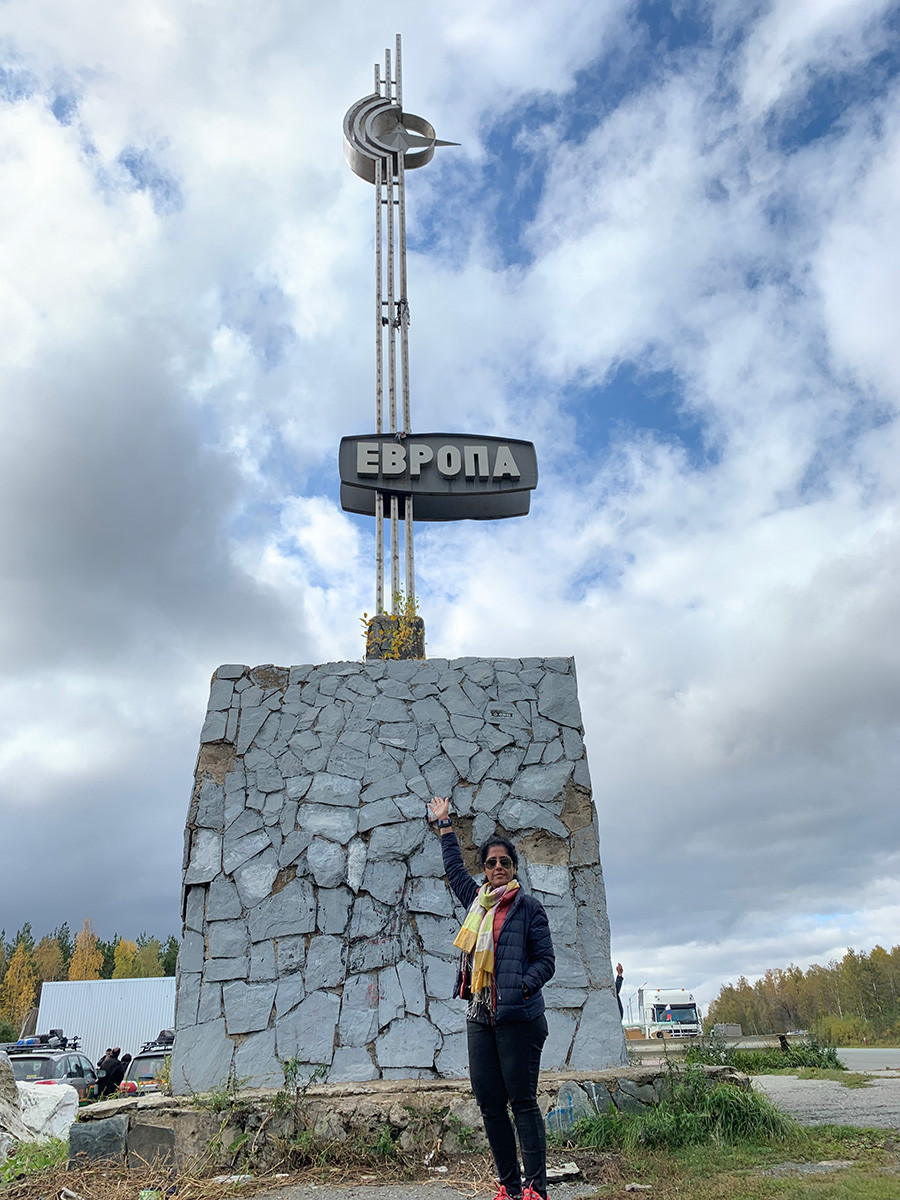 On the Europe-Asia border

The team also had some serious fuel issues in Ufa, but the locals at the Scania truck workshop managed to help. “After working for 8 hrs on our car they refused to take any money from us. They were very kind people and extremely helpful,” she says. The key thing in such long-distance trips is to plan one’s stops well and drive safe, she adds. 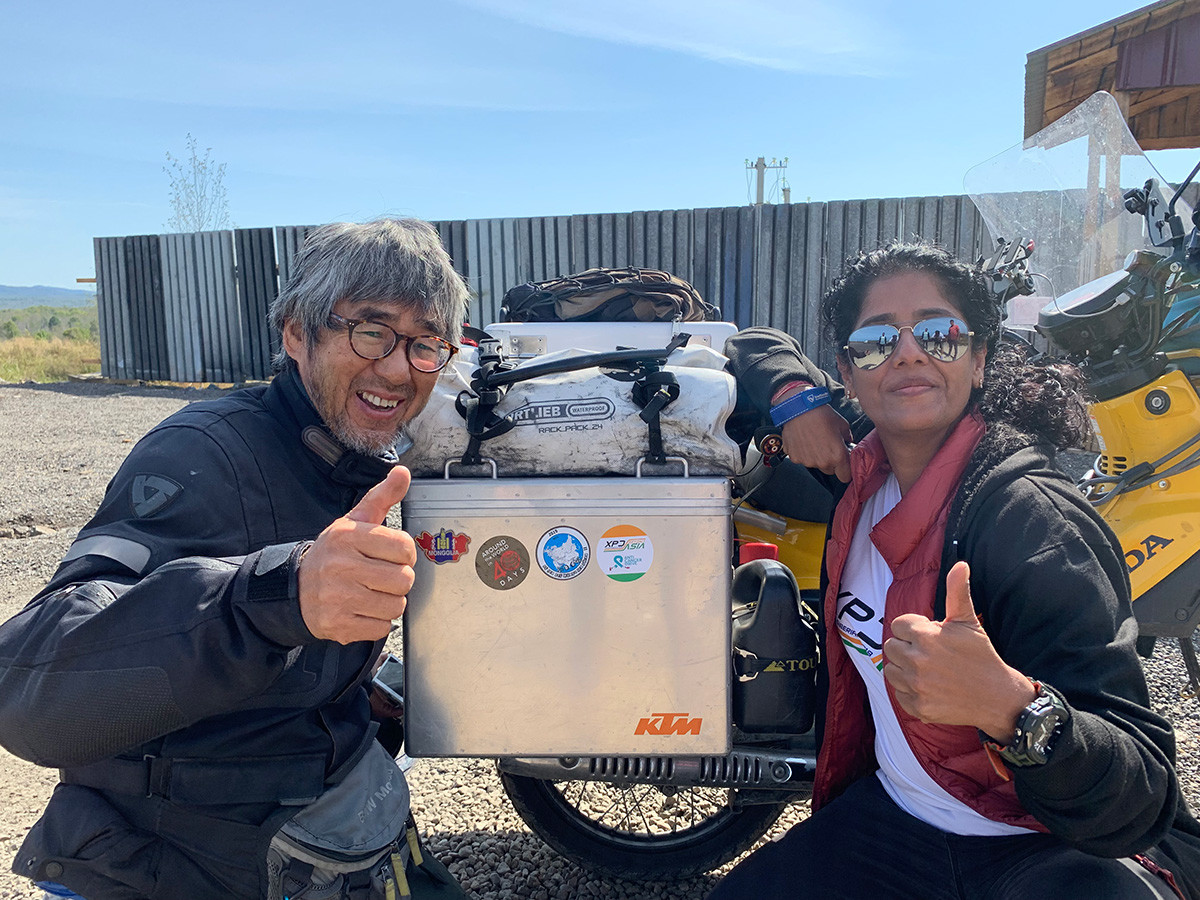 Meeting a Japanese rider on the Trans-Siberian Highway

It took Meenakshi’s team 24 days to cover the distance from Vladivostok to St. Petersburg before they flew back to India and shipped the cars to Mumbai.

“Russia is beautiful. This was my third time in Russia, the second time by road and I would definitely like to come back again,” Meenakshi admits. “Russia and India are allies and people have been very kind, friendly and helpful to us (along the way). Both India and Russia are proud of their culture and heritage and rightfully so, I think."